Ahead of Magnum’s forthcoming long-term mentorship program, photographers discuss the importance of feedback and discussion 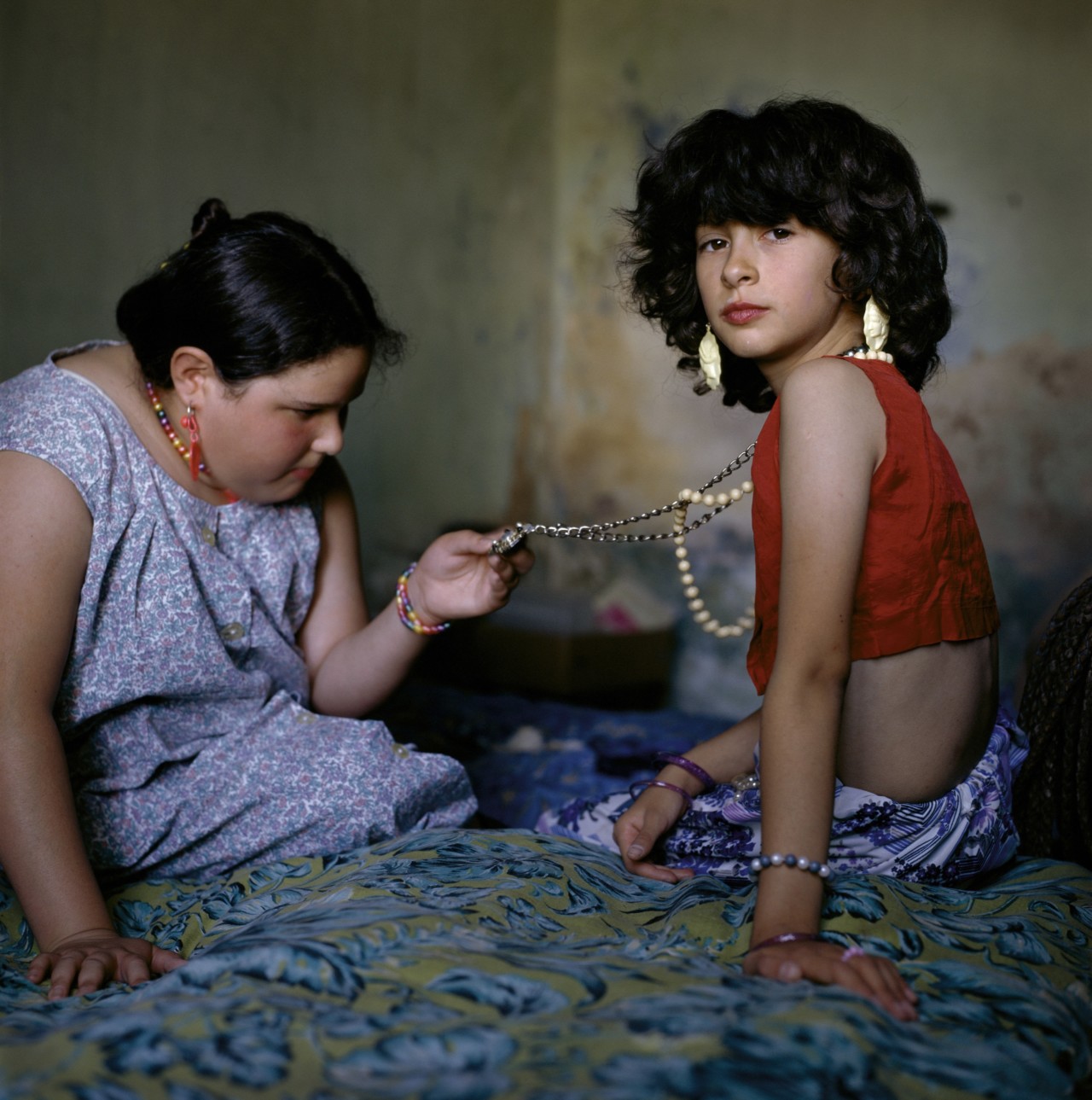 The traditional concept of mentorship conjures an image of a sage elder passing their wisdom to a novice. But photographers at every stage of their careers say they benefit from seeking advice and feedback on their work. Exchanging ideas with their peers, friends and more seasoned colleagues inspires their creativity.

“Some photographers, I think, work alone. I imagine those people are born with a singular vision, confident of their genius,” says Gregory Halpern. “I’m not sure whether such a mythical figure truly exists, but I know for certain that I am not such a photographer.“ Halpern will be serving as a mentor in Magnum Learn’s upcoming long-term mentorship program, working alongside photographer Alessandra Sanguinetti.

He notes that creative breakthroughs rarely happen when an artist is working in isolation. “As much as I may wish that all of my ideas have come from within, I know that my own work is in many ways a concoction of the work of others, blended with my own sensibility, in the service of hopefully producing something new, and adding to a multi-generational visual conversation.” 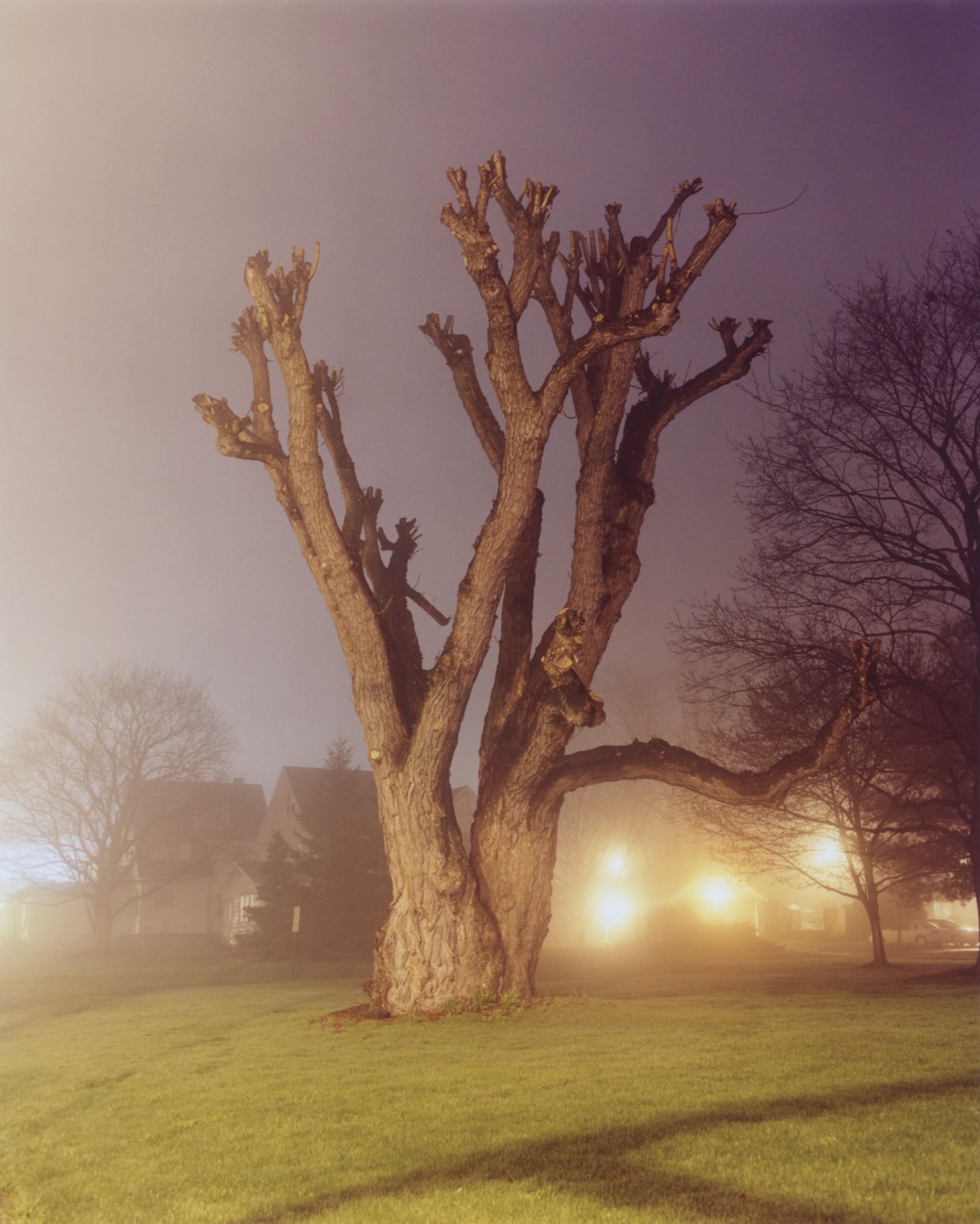 Halpern says he feels lucky to have learned from many mentors whose advice, “brutally honest critique” and encouragement have stayed with him. His most influential teachers have included Larry Sultan, Chris Killip, Todd Hido, and Magnum photographer Jim Goldberg, whom he met while attending graduate school at California College of the Arts, San Francisco.  “Jim has since become a dear friend, but he remains a mentor to me. I show him my work, ask him for honest feedback, and over time, he has started doing the same with me,” Halpern says. “That kind of relationship is special and rare.”

A trusting relationship with a mentor takes time to build. But Alessandra Sanguinetti says the feedback of someone unfamiliar with you or your work can also be valuable: “Someone can meet you once, say one sentence and leave you thinking for a long time.”

When she was starting out, Sanguinetti found it helpful to show her work to teachers and fellow photographers. Some of these reviewers, she recalls, “saw something in my work that I didn’t see myself.” When she embarked on her first long-term project, On the Sixth Day, she had an idea to work in the countryside of Argentina and photograph the lives of animals. “The way I work, I don’t have an idea that I’m going to illustrate, and I don’t know where I’m going to end up.” In her first year of working on the project, she says, “I covered everything.” She showed her early images to her partner, who had enough distance from the work to help her see patterns and themes she had not recognized. Those insights helped her figure out her next steps. “It wasn’t about editing, it was more about zeroing in when I went out to shoot,” she explains.

Sanguinetti published On the Sixth Day  as a book in 2003, and since then she has completed other long-term projects.  “Now, I can identify what I’m doing by myself more easily,” she says. But she adds, “I still like to have a second set of eyes.” 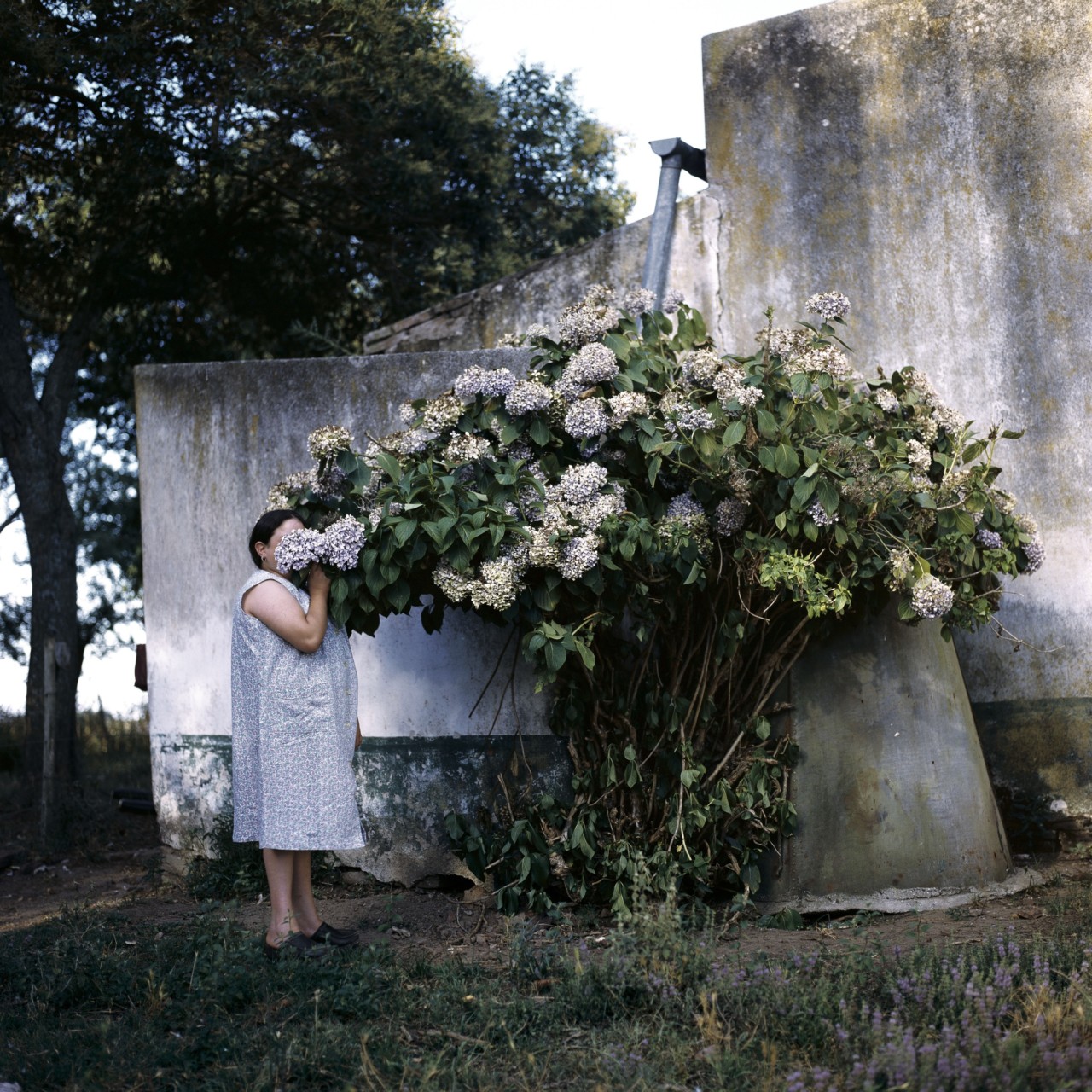 Peter van Agtmael has a similar desire to zero in on the themes and ideas in his projects when he asks friends “for second (and third and fourth and fifth…) opinions on my work.” While editing his most recent book, for example, he sought comments “from my mom and dad, some high school and college friends,” and photographers both inside and outside of Magnum. Their objective reactions to certain images helps him “separate my emotional connection to the picture from its reality.” Van Agtmael explains, “Sometimes my memory of the moment [of taking a photo] is far stronger than the picture itself.” Describing his project to friends and answering their questions forces him to clarify his thinking. “I’m trying to be personal with my work, but I’m not trying to communicate just to myself, and it’s important to me that an audience can follow the threads,” he explains. “I’m not trying to make a conventional narrative for a mass audience, that is the work of others, but I do want to communicate clearly on my own terms.”

Magnum photographer Olivia Arthur says that within the collective, new nominees often turn to other photographers for practical advice.  Peter Marlow and other Magnum members helped Arthur when she was a nominee herself, she says, and she in turn has encouraged others, including new nominee Lua Ribeira. When Moises Saman was applying to Magnum in 2010, his friend Chris Anderson gave him advice on how portfolios are evaluated during Magnum meetings. He also spent hours helping Saman edit and sequence his submission. “He wanted to make sure it had my voice as a photographer,” Saman says, but Anderson also emphasized the need for a tight edit of images that worked together to create a cohesive flow. “That inevitably leads to difficult decisions about getting rid of pictures that might be interesting as a one-off but don’t fit that rhythm,” Saman explains. 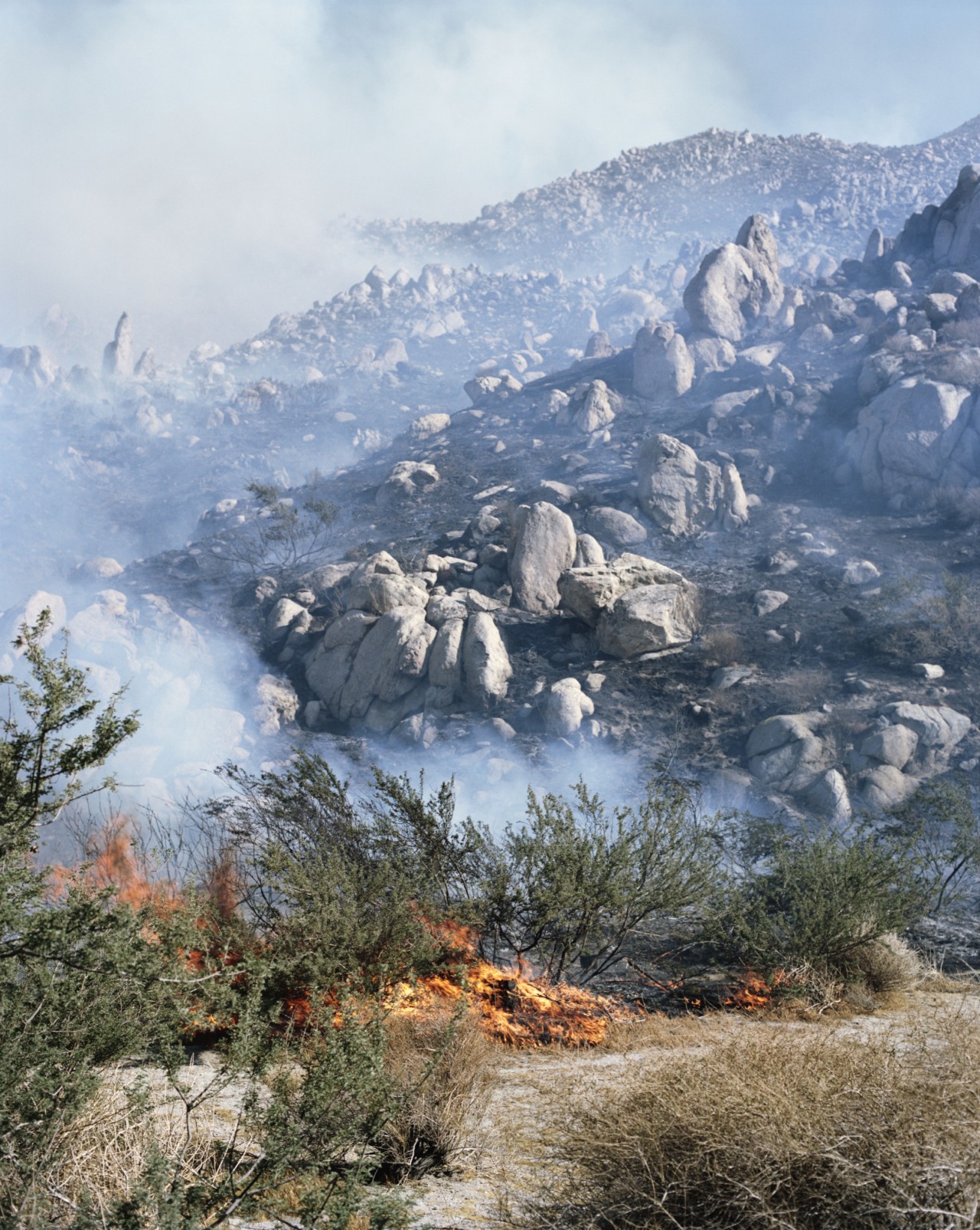 Such intense editing sessions can feel intimate and unsettling. “It was a very different way of working than I was used to as a photographer, which is [more usually] very solitary,” Saman says. “I used to obsess over every picture. I had to let go.”

More recently, Saman worked closely with art director Daria Birang to edit his 2013 book, Discordia. “Daria is a painter, a visual artist. We come from very different backgrounds. She brought a different perspective, and that was a plus in our collaboration.”

His work with Birang showed him how collaboration, especially across disciplines, can lead to more creative work. “I’ve always been kind of a sponge for inspiration, but now I’m not shy about letting people know,” he says. “And, hopefully, I can give back, too.” Saman has taught workshops, conducted portfolio reviews and, through a program run by the Magnum Foundation, recently mentored photographers from Latin America. Of his experience as a mentor, Saman says, “I’m learning a lot from the work I see from students.”

Van Agtmael is passionate about his role as a mentor in the Magnum Foundation’s Arab Documentary Photography Program. “I’ve gotten a lot out of that on several levels,” he says. He has worked for many years in the Middle East as an outsider and an American, often on assignment for outlets such as The New York Times Magazine which reach large U.S. audiences. “That is a grave and complex responsibility,” he says. “So the program has been on the one hand an opportunity to grow my knowledge of the area, and identify my blind spots, while simultaneously playing an active role in helping mentor the photographers that I hope will play a defining role in reshaping the narrative of the region. I love the Middle East, and I see it as critical to help ensure the visual legacy of the region is re-defined from its current caricatured and overly simplistic form.”

The experiences of Saman and Agtmael show that mentoring can be rewarding for the mentor as well as the mentored. Looking forward to Magnum Learn’s long-term mentorship program,  Sanguinetti says she gets a lot out of working with photographers who are just beginning new projects. She explains, “That excitement is contagious.”

You can learn more about Magnum Learn’s upcoming long-term mentorship led by Halpern and Sanguinetti, here. 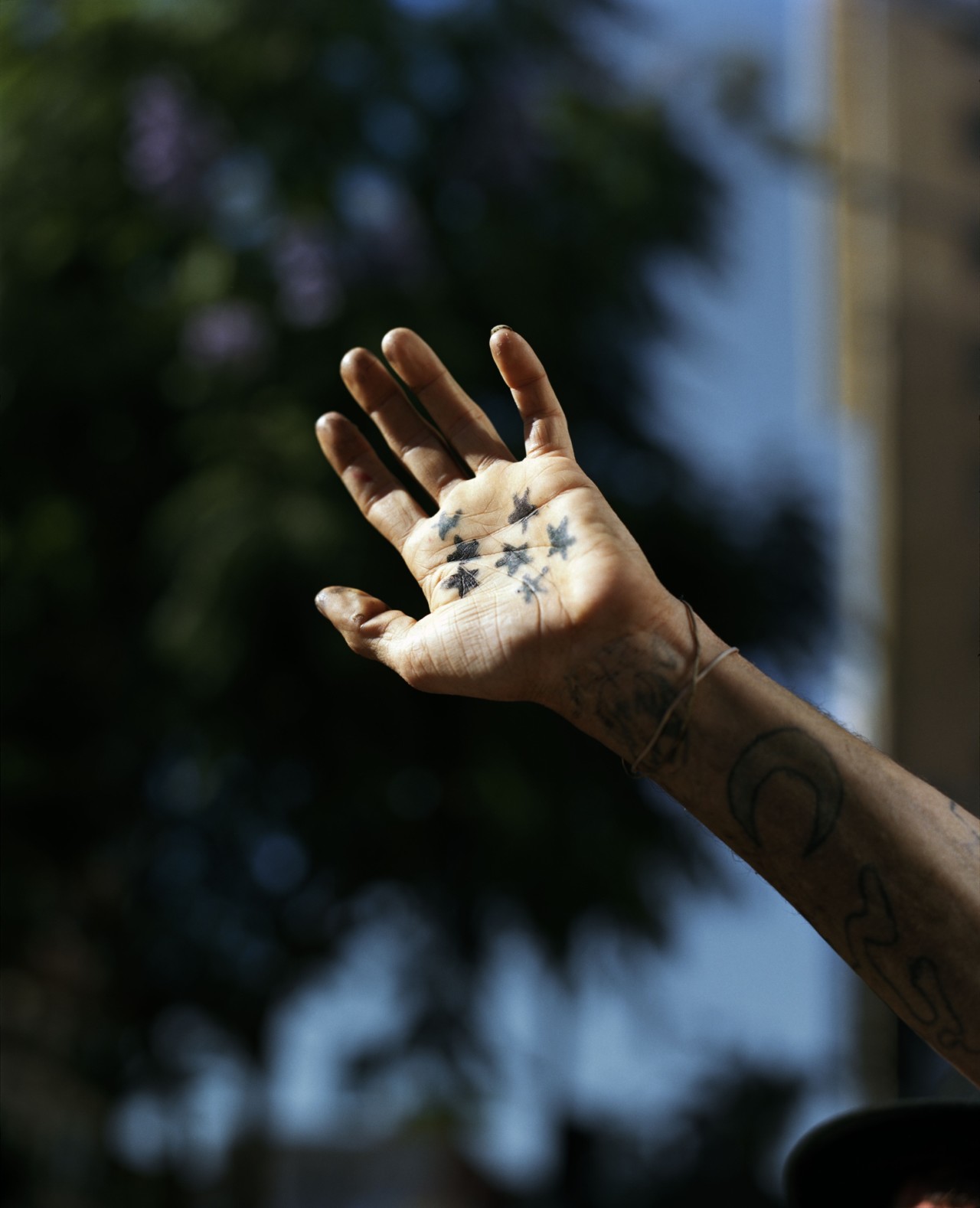 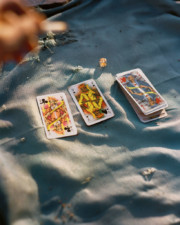