Magnum photographer Ferdinando Scianna spent a year documenting poverty in Naples in the mid-90s. Today, the number of those living below the line is the highest in more than a decade. 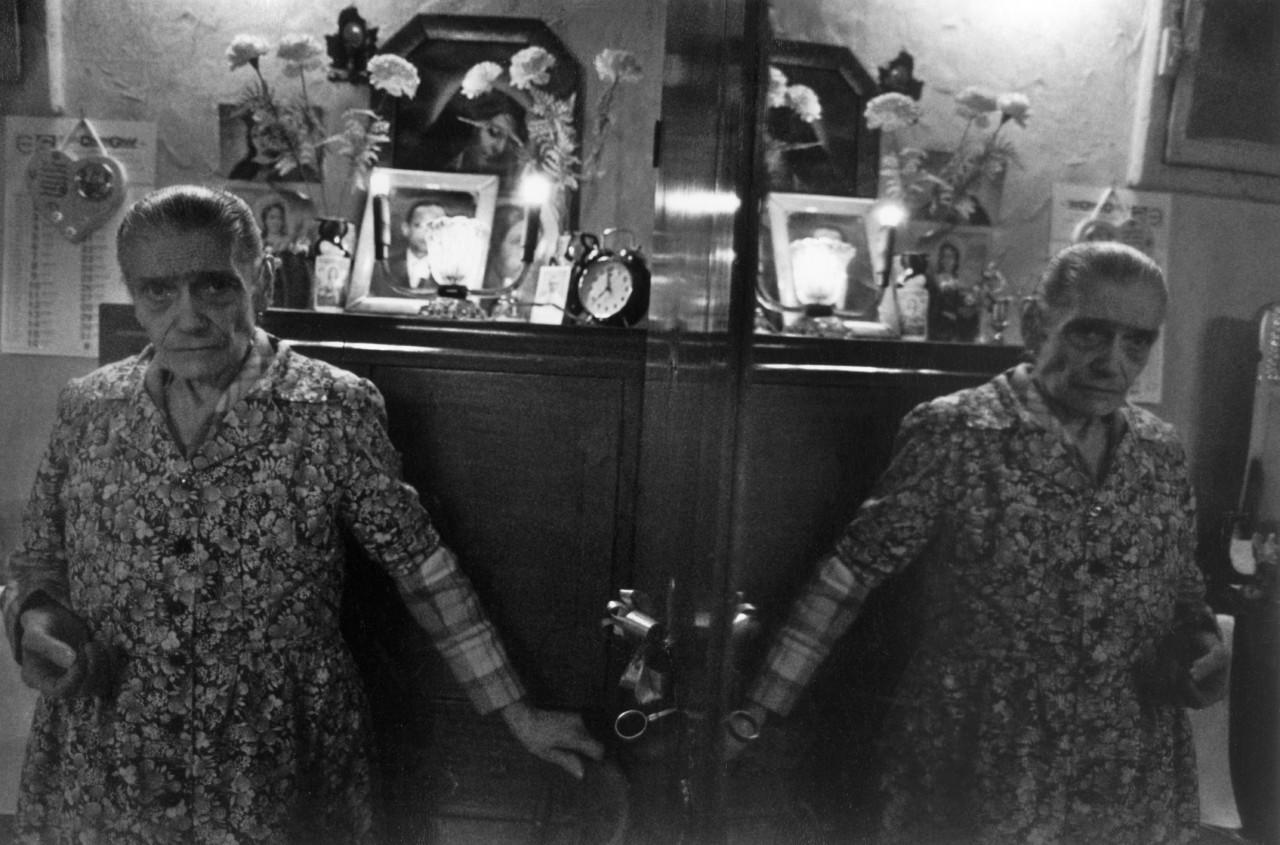 The representation of poverty is at once political and personal, revealing as much about society as it does about the person who documents it. But what is universal, is that the stories are never just about poverty; they are about powerlessness, prejudice, stigma, suppression and a myriad of other complex structures of suffering. As part of a new theme, we will feature Magnum photographers who have reported on those struggling every day to survive and will explore the difficulties of representing a much-ignored reality.

Poverty has blighted Italy’s landscape for centuries, carving lines through regions where prosperity and destitution sit side by side. And though paltry living conditions historically abound nationwide, the less industrially developed south has suffered disproportionately. 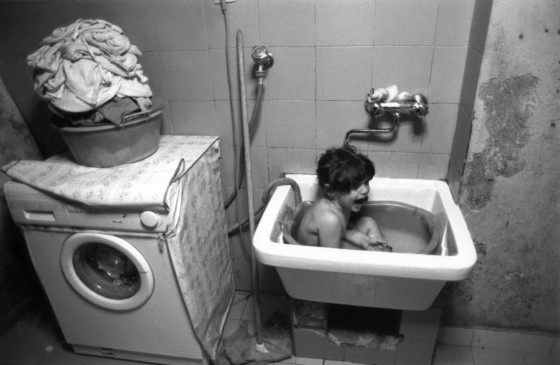 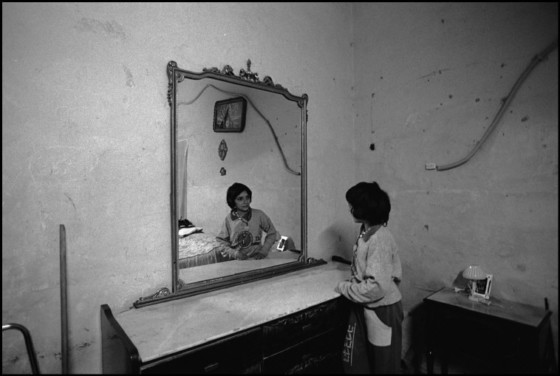 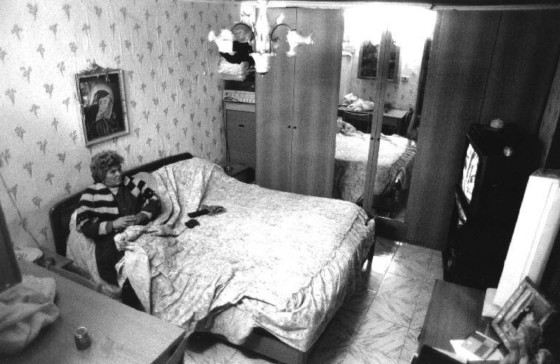 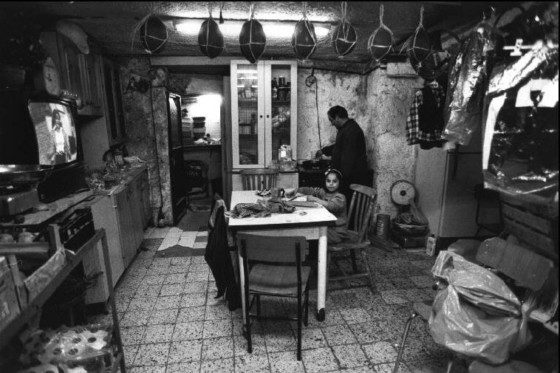 For one year between 1994 and 1995, Ferdinando Scianna worked in and around Naples documenting the experience of living in poverty, as part of a global project for French charity, Les Petits Frères des Pauvres. To this day, Naples remains one of poorest cities in Europe.

Scianna’s pictures were all taken inside people’s homes, which not only provides the backdrop to their struggle but shows their determination to make the best of their situation. One young man has plastered the flimsy walls of his bedroom with posters of beloved film stars and pop icons, while pictures of the Virgin Mary and Jesus crowd the walls of one woman’s crumbling home. Though many were no doubt aware of their vulnerability in such a context, Scianna said he had a good relationship with those he photographed, adding, “They know if you are a friend or a predator.” 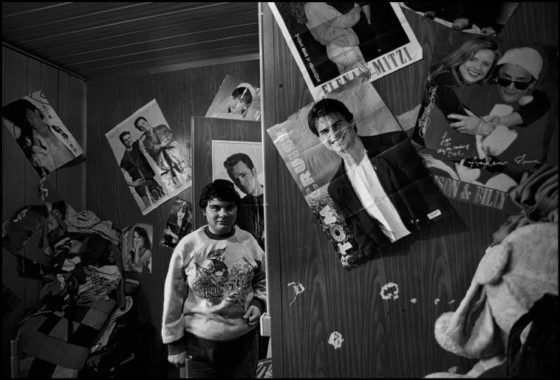 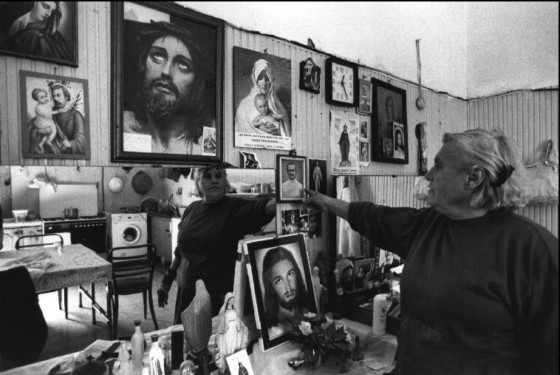 Ferdinando Scianna Crime is on the rise and living conditions are getting gradually worse in the region of Aversa, some thirty kilometers from Naples. Here is a member of a family who is squatting an abandoned conven (...)
t. Aversa, Italy. © Ferdinando Scianna | Magnum Photos

Many of Scianna’s subjects live in one-room ground floor apartments—known as vasci—which open directly onto the street. Residents range from solitary elderly women to a family of five fighting for space. While some, unable to find an alternative, live in ruinous buildings in the crumbling historical center, squatting in critically unhygienic conditions. Others still, live in shipping crates on the outskirts, suffering the indignity of a ‘temporary’ housing solution that has stretched on for over a decade.

Scianna himself grew up in Sicily, the poorest region in Italy, and says he was surrounded by poverty. “When we said that in a family there was no bread it was not a metaphor,” he says. This inevitably impacted how he approached this body of work, since “poverty was clearly a real experience that had been part of my life”. His childhood  no doubt informed his concern to  protect the “integrity and dignity” of his subjects, who, despite the precariousness of daily life, are shown in these portraits as composed, affectionate and house proud. 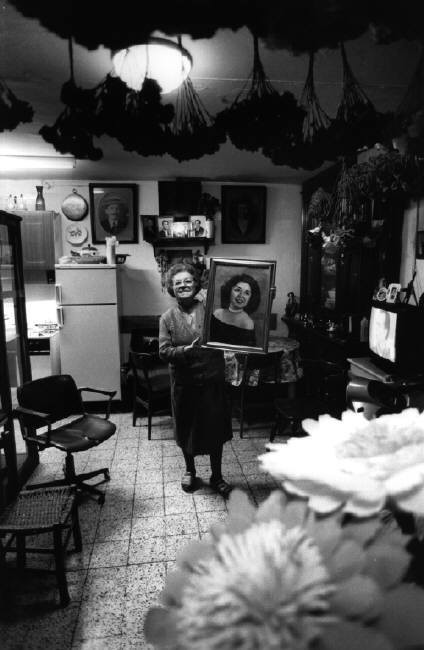 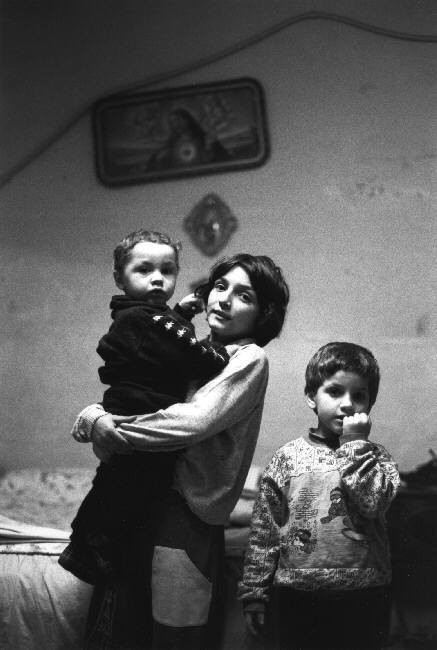 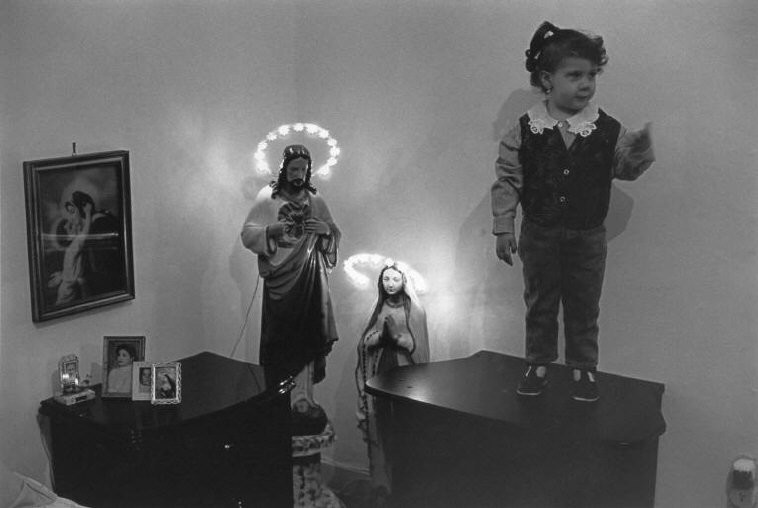 Though Italy has experienced minor growth since Scianna took the photos more than 20 years ago, economic inequality endures. Indeed, those living in absolute poverty is at its highest for more than a decade. Last year, figures rose from 4.7 million in 2016 to 5.1 million (8.5 percent of the population) last year, according to national data by ISTAT published this July. This increase in poverty, defined by ISTAT as “those who cannot buy goods and services essential to avoid grave forms of social exclusion”, was greatest in the south. As Scianna concludes; “Changes are rarely fast. And the world has always been deaf and unfair.” 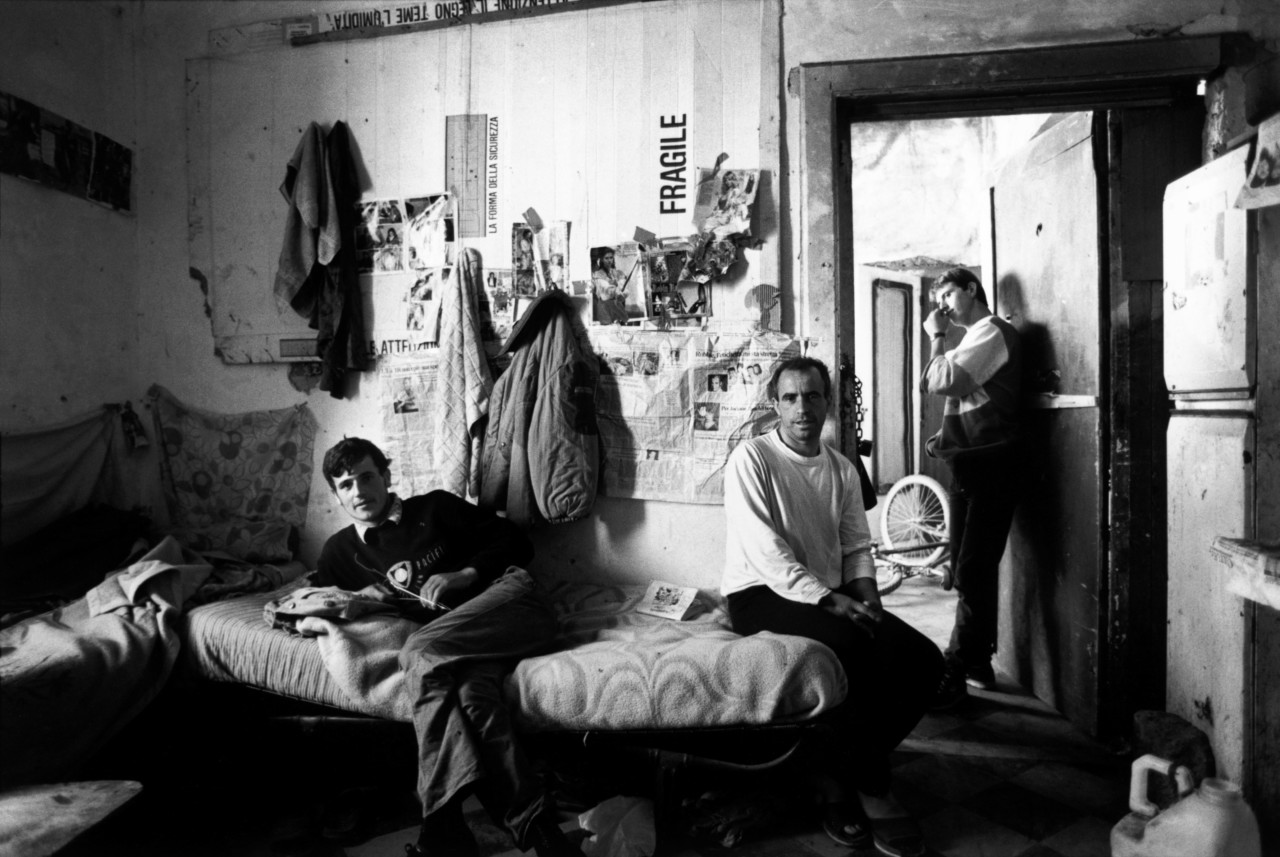