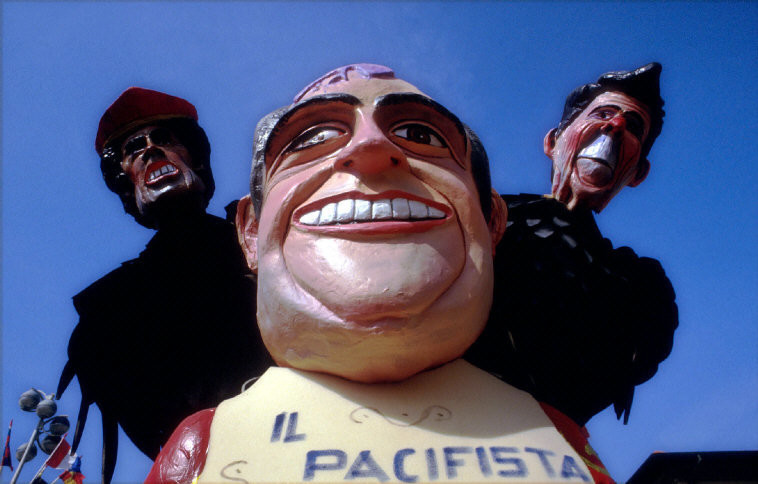 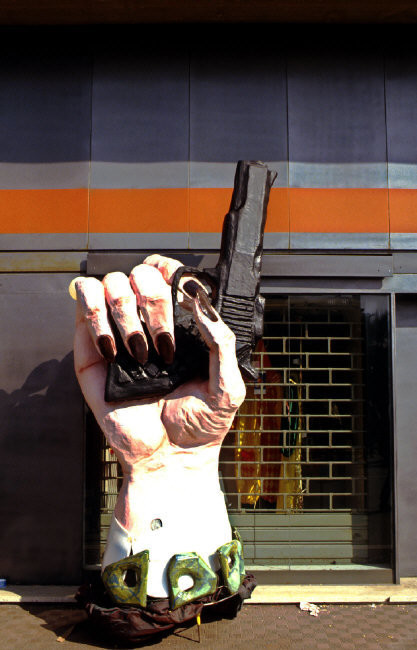 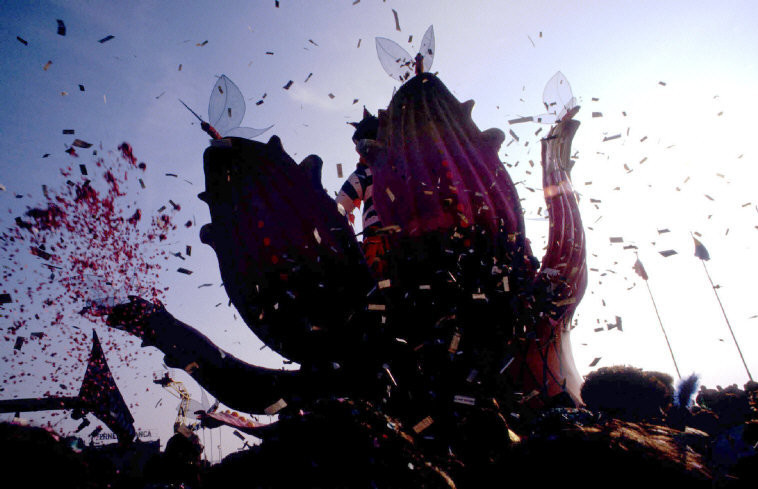 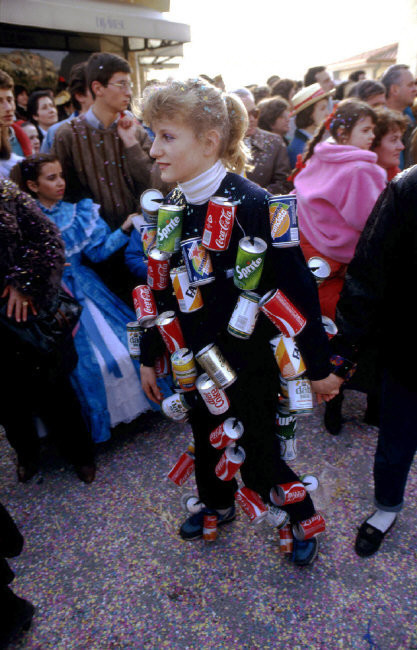 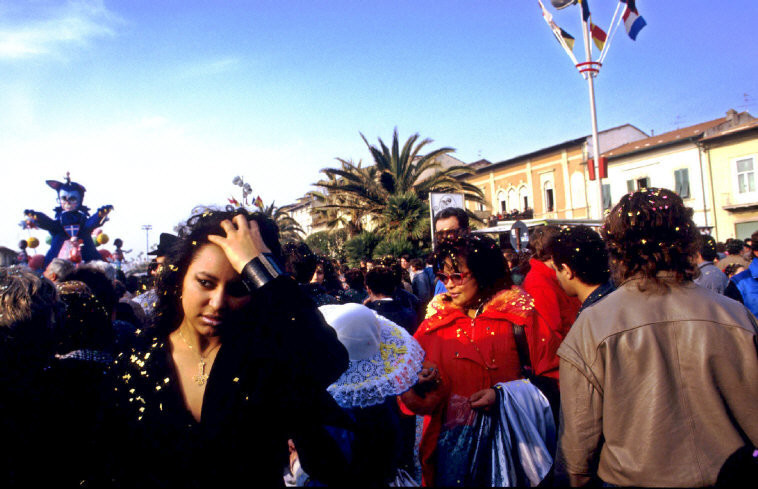 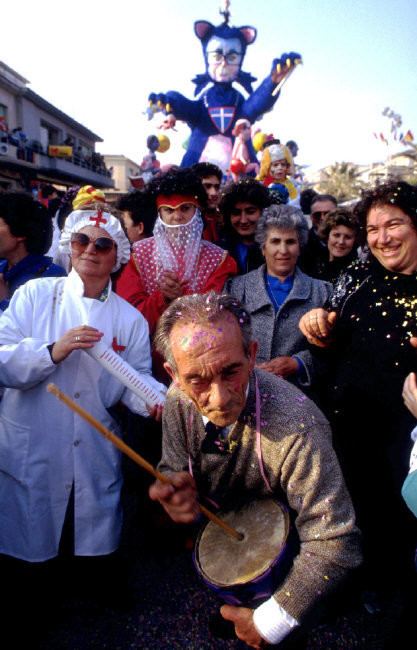 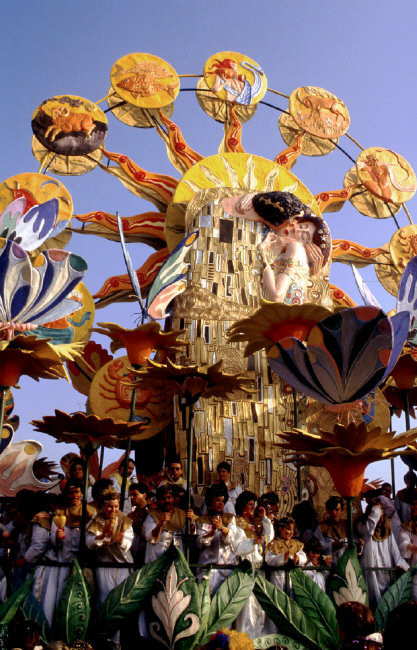 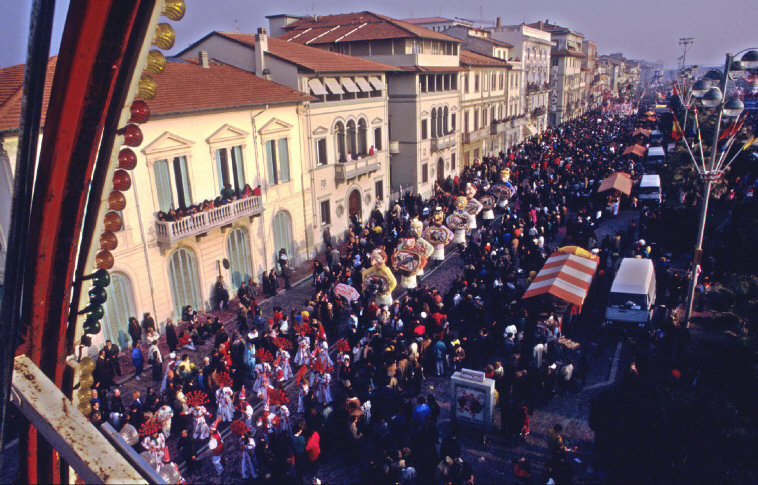 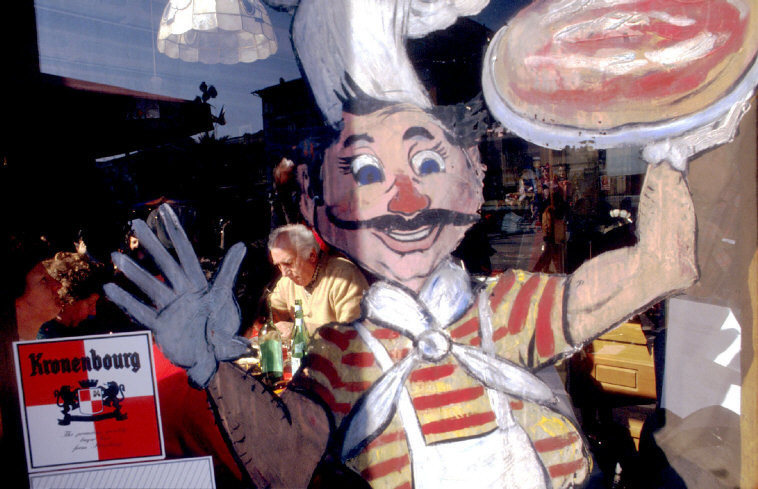 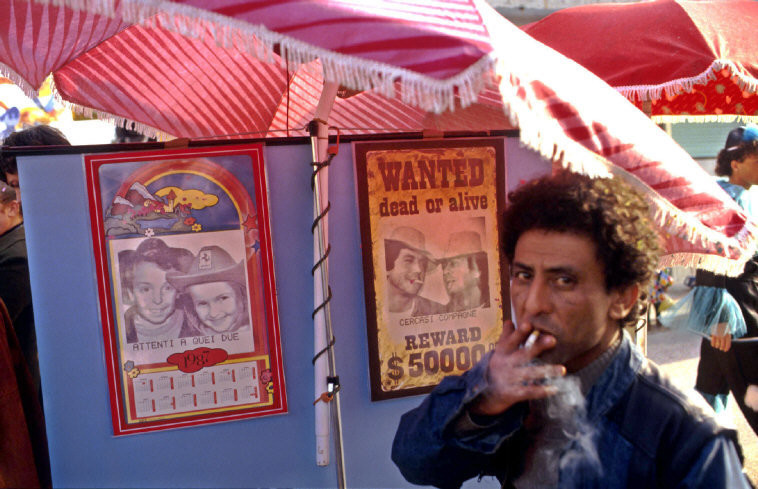 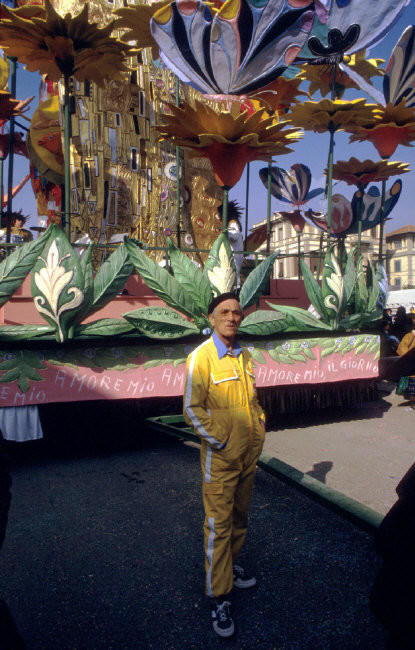 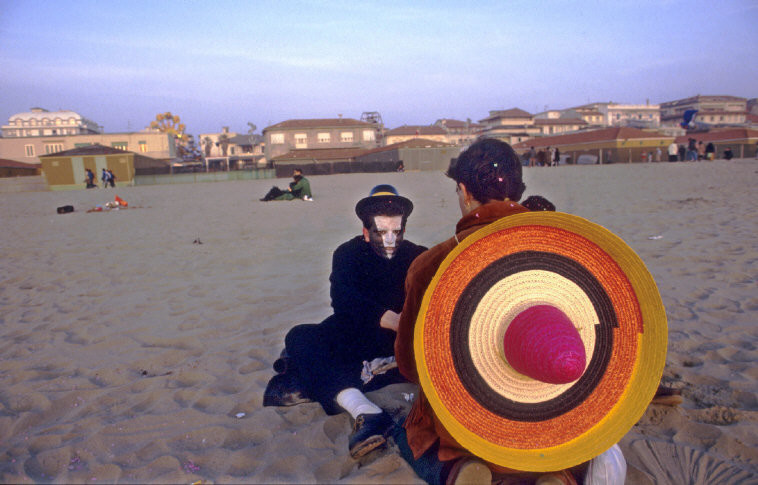 Beginning in 1873, the Carnival of Viareggio started when a group of wealthy residents decided to organise a small parade of festively decorated floats held in the historic Via Regia, at the heart of the city of Viareggio’s old town. As captured in Ferdinando Scianna’s series of photographs, taken in 1987, the modern incarnation of the Carnival is one of the largest and most renowned events of its kind in both Europe and Italy, consisting of a month-long series of festivities. The Carnival’s main feature continues to be its processions of elaborate floats and masked festival-goers, parading down the city’s central Promenade, watched by the crowds of spectators who flock to the city for the occasion.