The Glamor of the Department Store

As recessions and lockdowns endanger non-digital retail, we explore Magnum’s depictions of shopping malls, looking over the glossy surfaces, and behind the scenes of, consumerist playgrounds through the ages 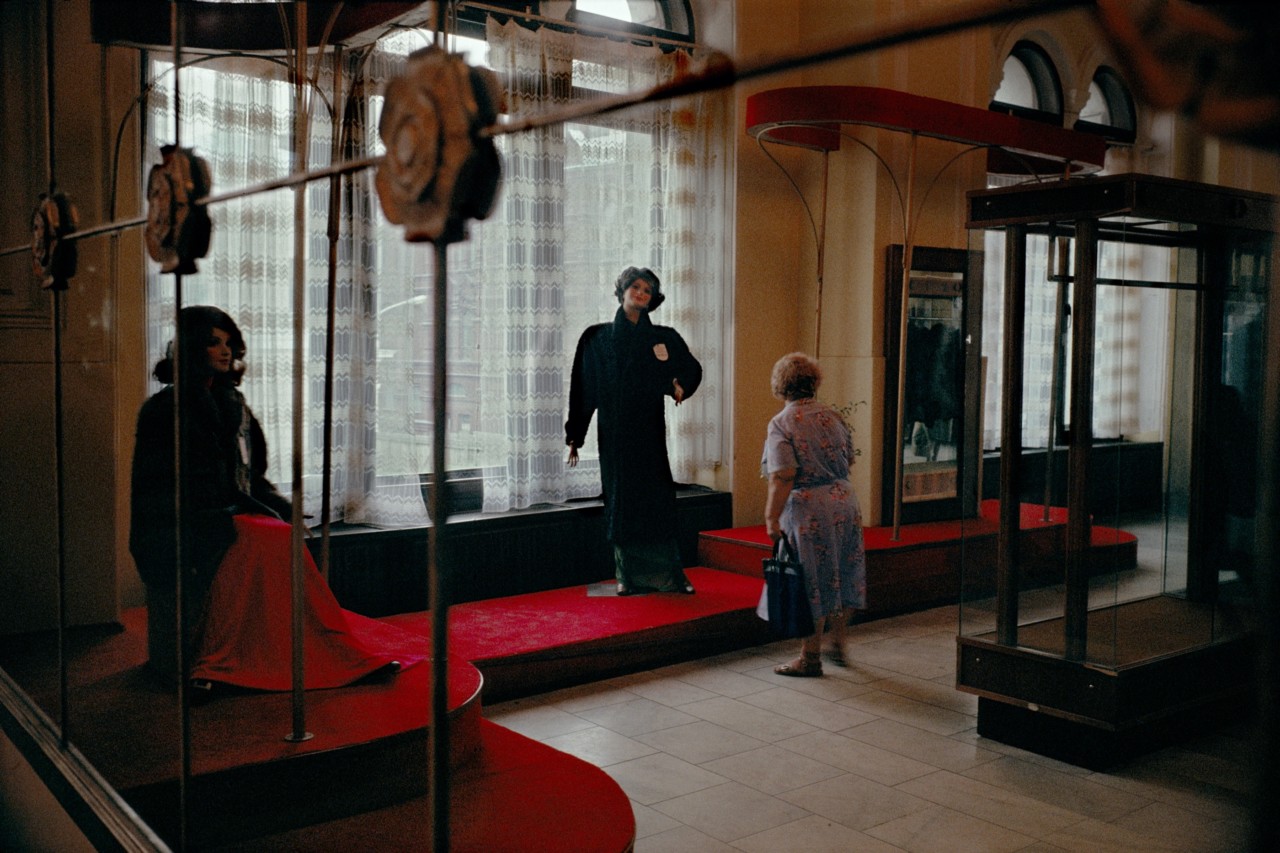 The dictionary defines Karl Marx’s theory of commodity fetishism as ‘the belief, in a capitalist society, that commodities are endowed with autonomous existence and intrinsic economic value independent of the investment of labour that went into their production.’ More recently, the term describes ‘the tendency to place excessive value on material goods.’ Department stores are considered the nexus of commodities, places filled with goods and products of material value, desirability, and wealth. The pursuit of window shopping, that longing staring into shops immortalised by Audrey Hepburn in oversized sunglasses and black Givenchy dress at the beginning of Breakfast of Tiffany’s, added a certain glamour to the idea of big-store shopping. Yet today, the social and financial impact of Covid-19 has seen countless stores — from independent retailers to nationwide chains — close their doors, with the ensuing loss of thousands of livelihoods around the world. 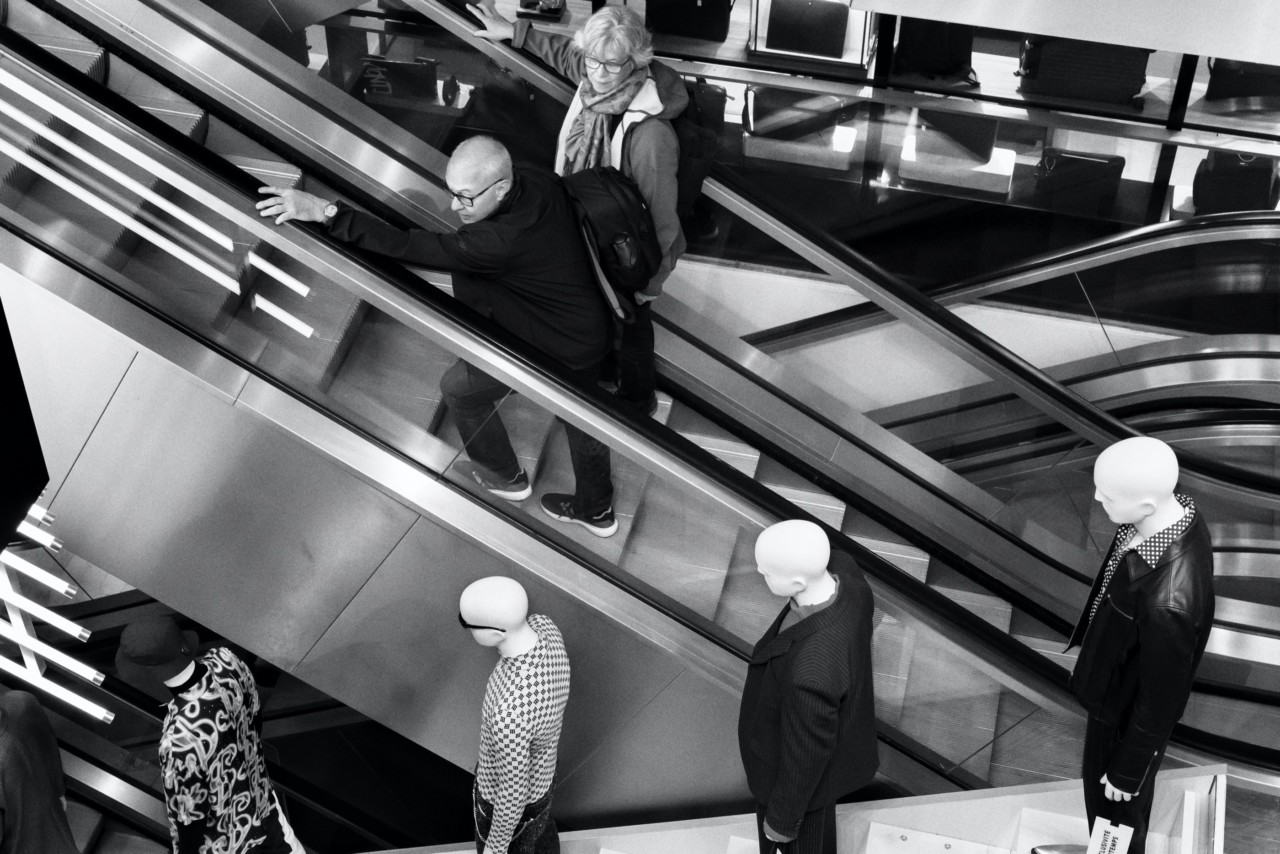 "The department store functioned as an informal runway of sorts, with style-conscious shoppers utilizing the fashion departments as their very own catwalk." 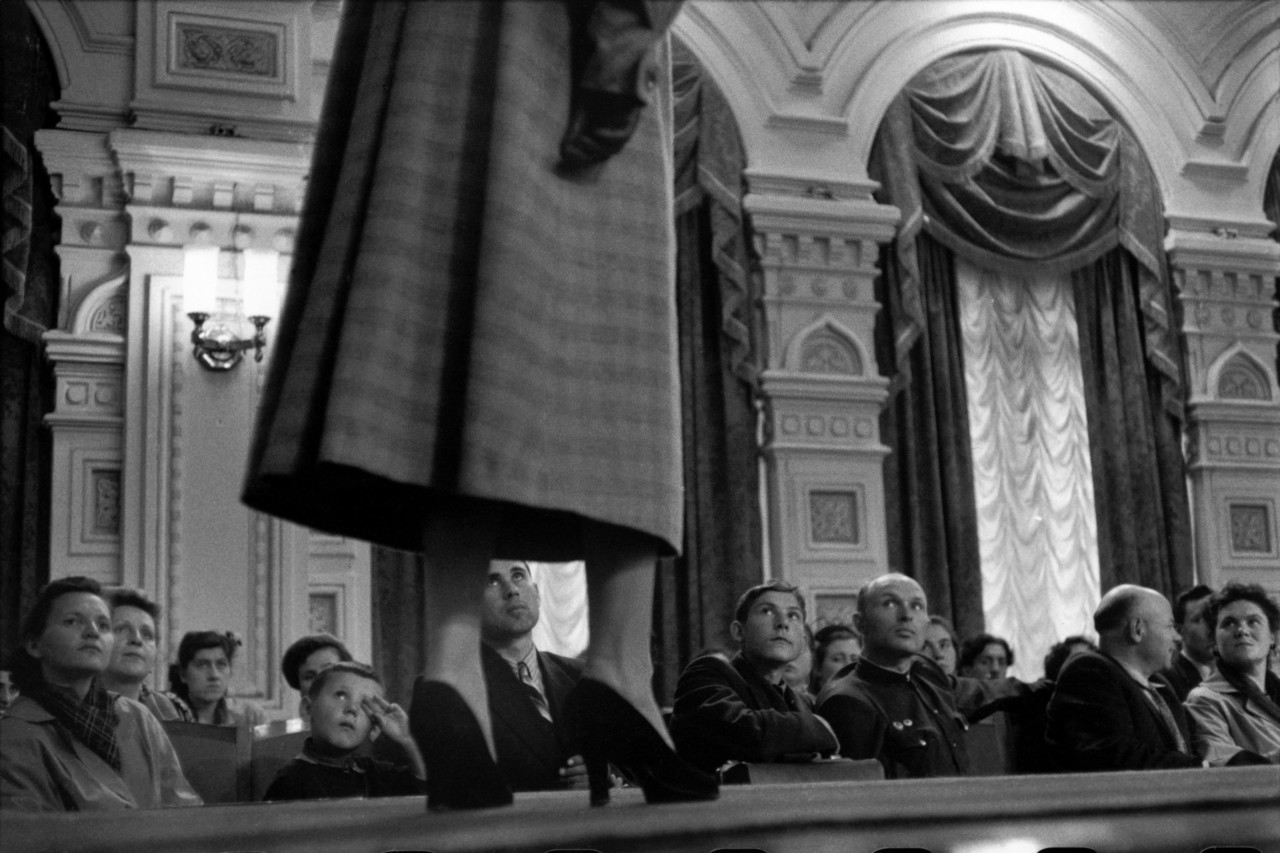 At their peak in the 20th century, department stores offered a much more utopian vision. Over the years, Magnum photographers have captured and documented these stores from numerous angles and perspectives, from glamorous women in their furs and millinery browsing, to the buildings themselves: hubs of enjoyment, profit, and social history.

Fashion was a ubiquitous aspect of the department store, captured by Nicolas Tikhomiroff in 1957, as models displayed the latest seasonal collections. Yet, for others, the department store functioned as an informal runway of sorts, with style-conscious shoppers utilizing the fashion departments as their very own catwalk. A shopper who appears in Henri Cartier-Bresson‘s 1954 photograph taken at Moscow’s state department store, Univervag— her hands in motion as she gesticulates wildly to the bewildered staff member— is a lively reminder of the cliché of the glamorous consumer of the 1950s, and of the harried shop assistant. 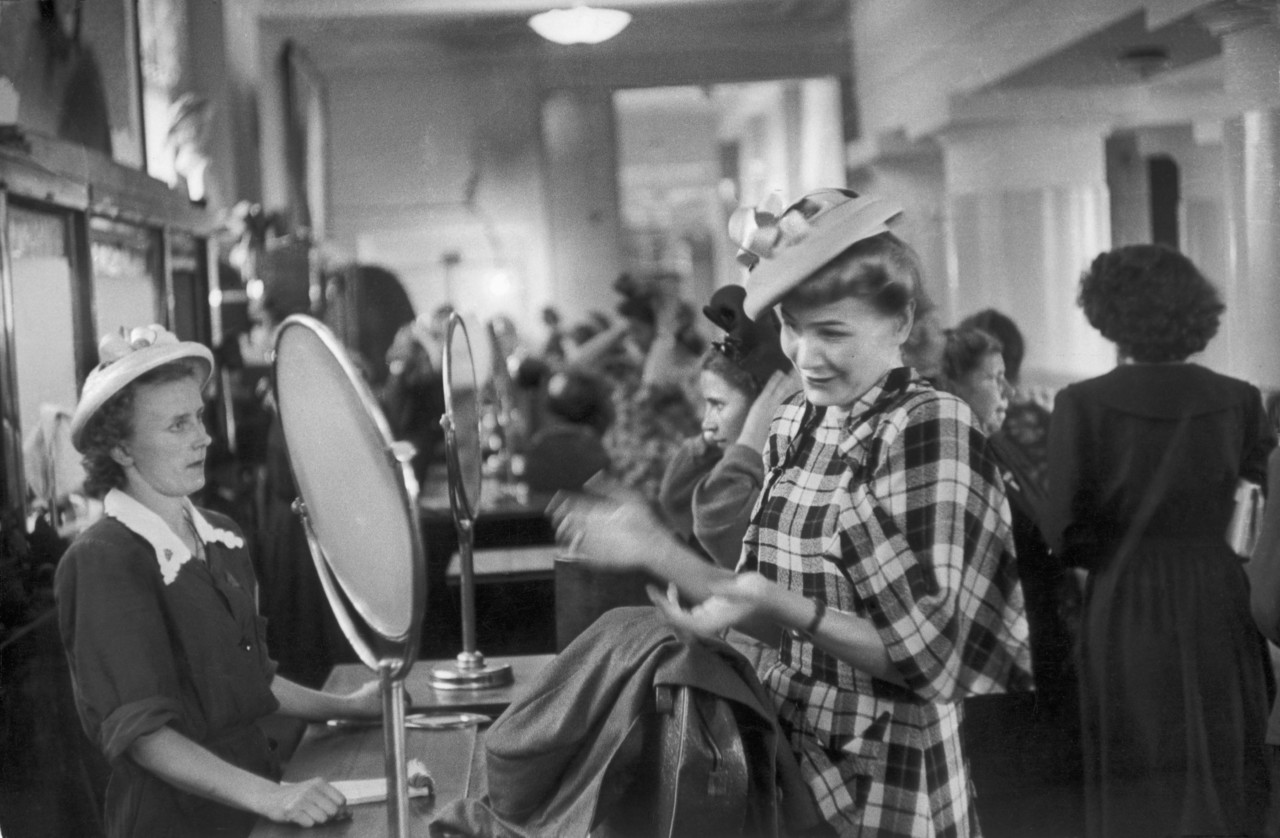 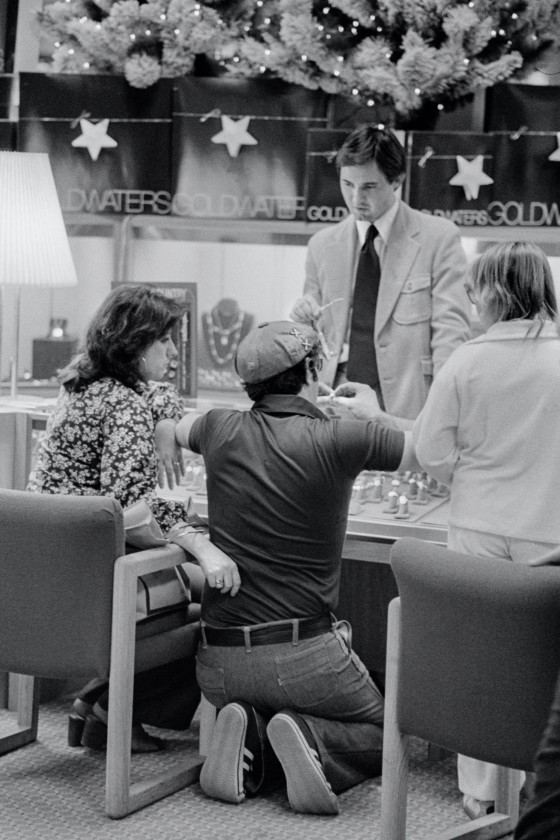 While the department store can be a playground for the customer, it is of course different for its employees. Gueorgui Pinkhassov, like Cartier-Bresson, captured the toll of dealing with demanding clients in a Moscow department store, albeit some decades later. In his image a young woman stares side-eyed at a shopper bending over the counter, perhaps taking his time. It is a look that anyone who has worked in retail will recognise, having, whether involuntarily or not, made themselves on occasion. 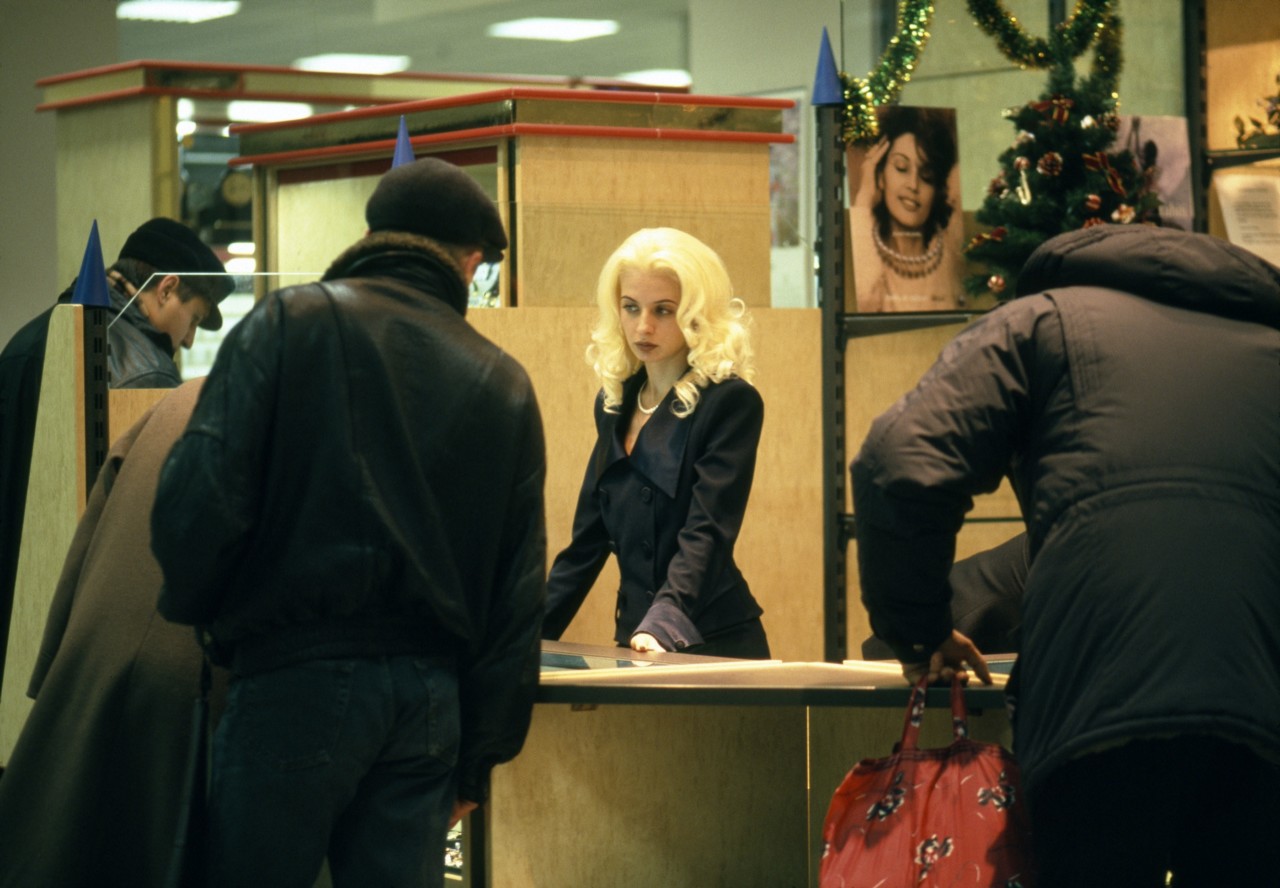 "Department stores are considered the nexus of commodities, places filled with goods and products of material value, desirability, and wealth." 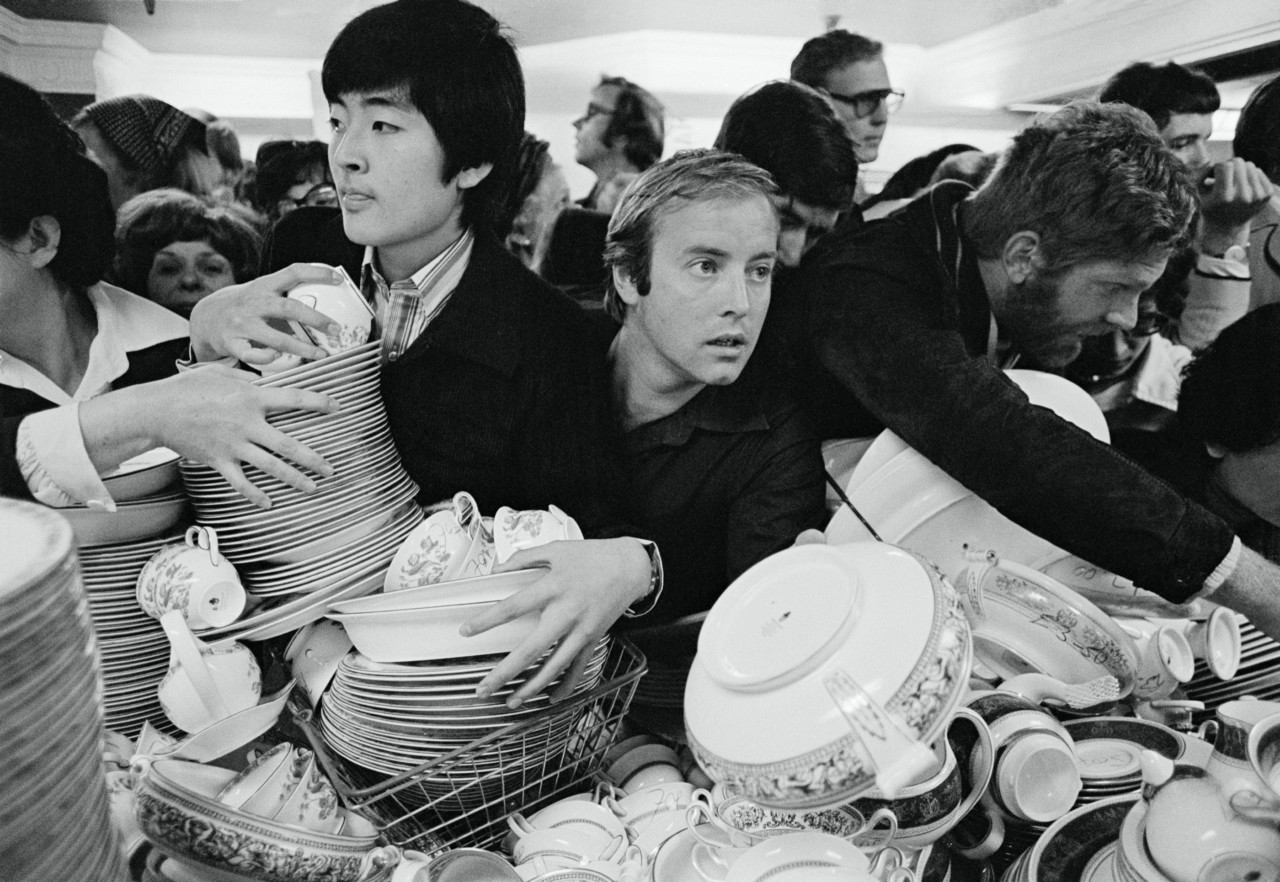 In 1978, Peter Marlow captured the chaos that is the first day of the Harrod’s sale. Three men cling to the precariously displayed crockery in the famously swanky London store, their hands, and the hands of those on either side of them, attempting to keep it from smashing. It is a chaotic scene, despite their stillness. If one moves, you sense the entire stack will shatter.

Richard Kalvar’s many images made in shops around the world often toy with the interactions of animate and inanimate actors in the frame, not least manequins: one looming like a security guard about to apprehend an unsuspecting shopper. Werner Bischof‘s photograph – made on assignment for a story on American influence in post-war Japan – sees young women looking at a manequin that is distinctly Western in dress and design. Such images document social change and historical moments just as much as they do retail. 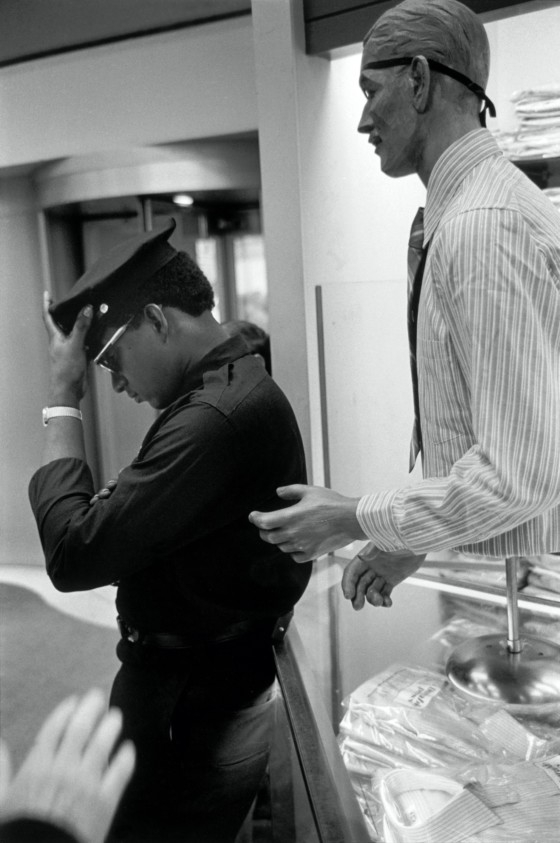 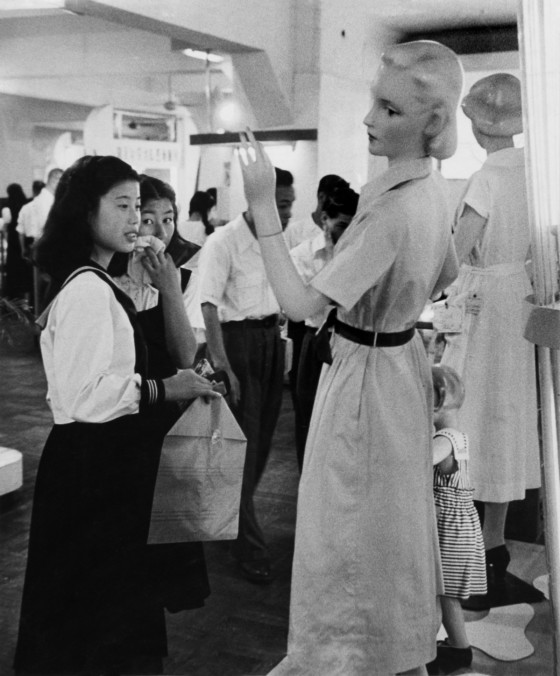 While photographers have captured the shop floor and storefront, the hustle and bustle of activity, and the quieter moments and interactions between staff, what lurks behind locked doors has also caught their attentions. In 1936, Robert Capa captured employees of Galeries Lafayette – the famous Paris department store – on the building’s roof during a sit-in strike. They appear in high spirits, playing cards, with self-made newspaper hats on their heads. It is a moment of solidarity between staff as they wait, perched above one of the busiest stores in a thriving city. 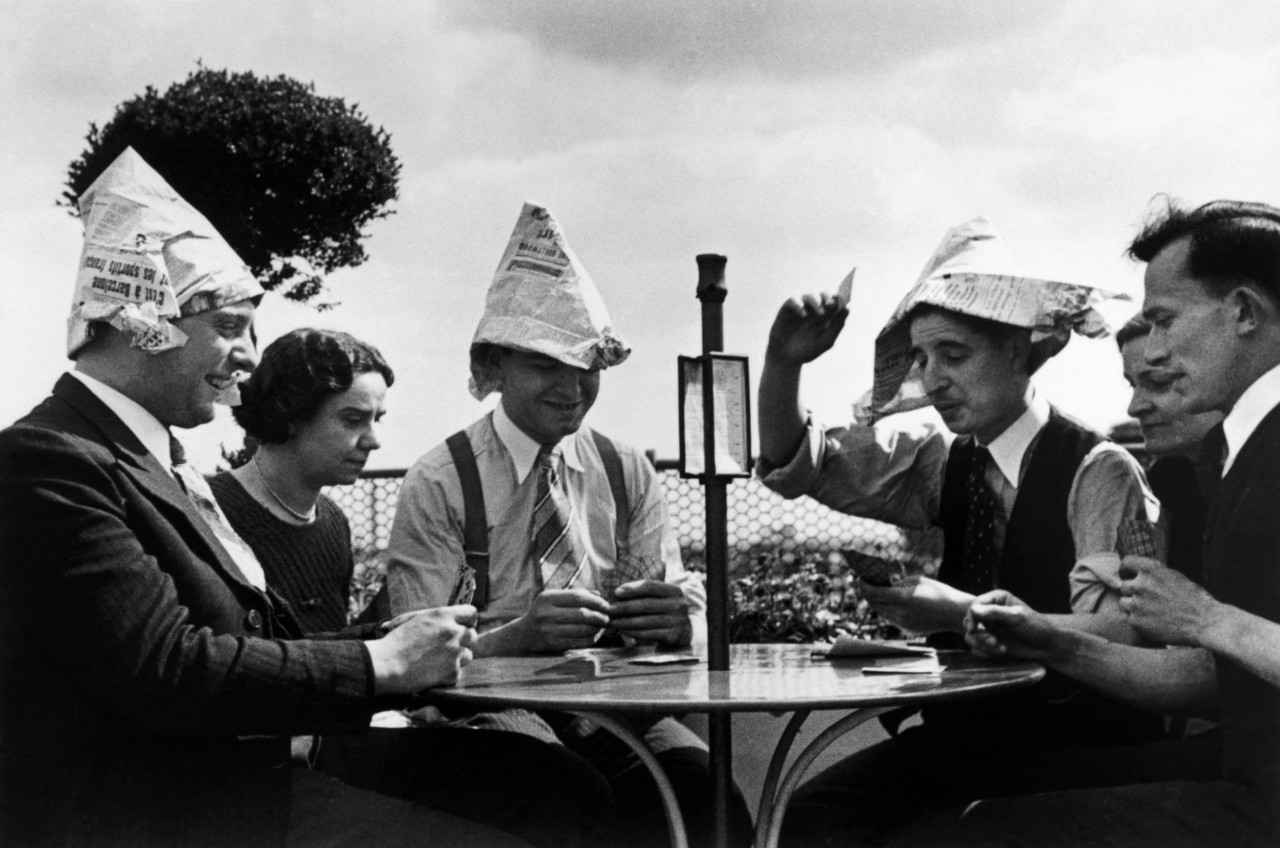 In another striking shot by Pinkhassov, taken at Harrods, we see the staff at a distance, through the arch of some in-store foliage decorated with Christmas lights. It is likely a morning briefing, the team standing in their uniforms of white shirt and company apron, before shoppers arrive – many of whom are tourists to the city, who visit especially for the world-famous department store. Moscow’s famed GUM department store feature in a number of images. In one, Cartier-Bresson vividly frames soldiers walking arm in arm with their partners along one of the building’s arcades as a woman peers at them from the second level. The GUM, or “Main Universal Store,” was the principal department store chain across the Soviet Union. The image is striking, not only as it displays Cartier-Bresson’s striking black and white photography, but as representation of a moment of a building, a city, and a structure that continued to stand firm in the aftermath of revolution, death, and war.  Harry Gruyaert’s images of the GUM store characteristically capture the various colours and lighting of the arcades, balconies, and displays. 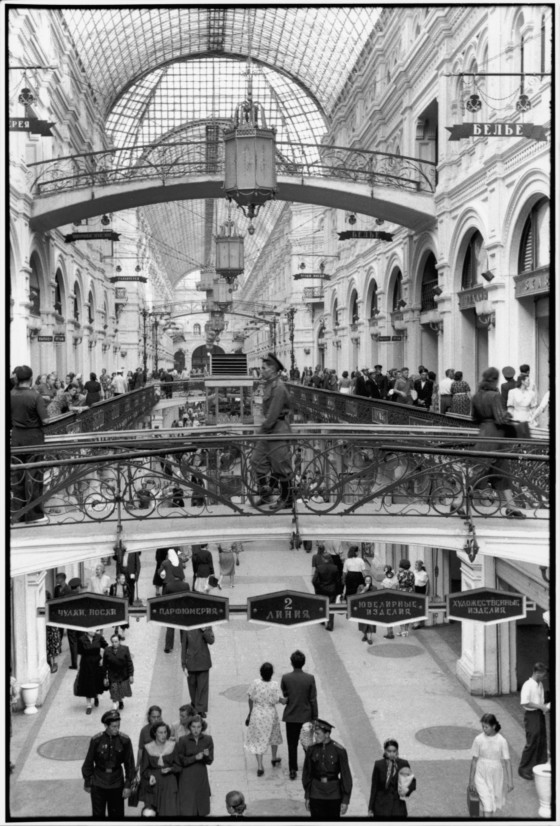 Guy Le Querrec’s series of images from French super-store chain Fnac remind one how fast products and habits change. Contemporary next to Tikhomiroff and Capa’s images – his photos of vast laptops, racks of cassette tapes, and tank-like television sets none the less render these images antique. Similarly, Martin Parr’s 1980s images of British supermarkets – while perhaps not too distant in time – convey a world that feels now far removed. 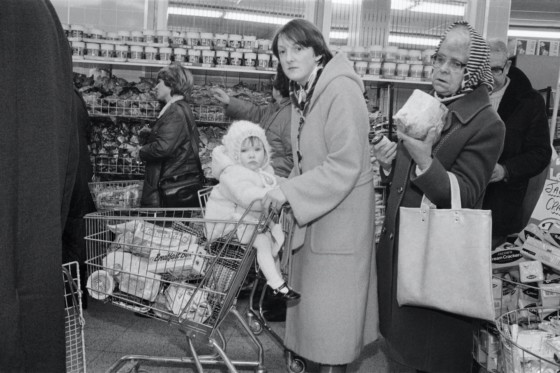 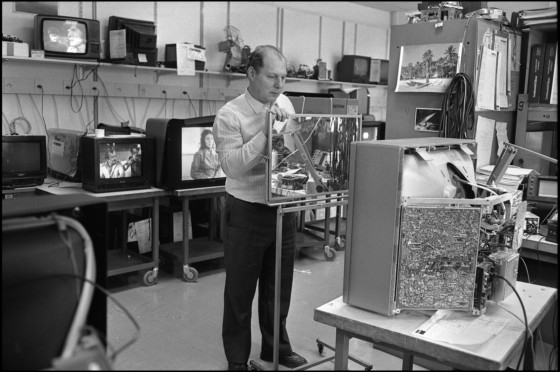 With its notions of glamor, status, and promises of endless possibilities for life improvement, it’s clear through Magnum’s images that department stores have provided a sense of escape for those looking to participate in the gratifications of capitalism in the modern era, and at present. They are places, also, of tension, where the everyday routines of work butt up against— and maintain— the dreams of discovery and of novelty for the visitor. It’s this abundance of contradictions that provides such a fruitful playground for image-making – a playground situated in a time that is rapidly fading away.