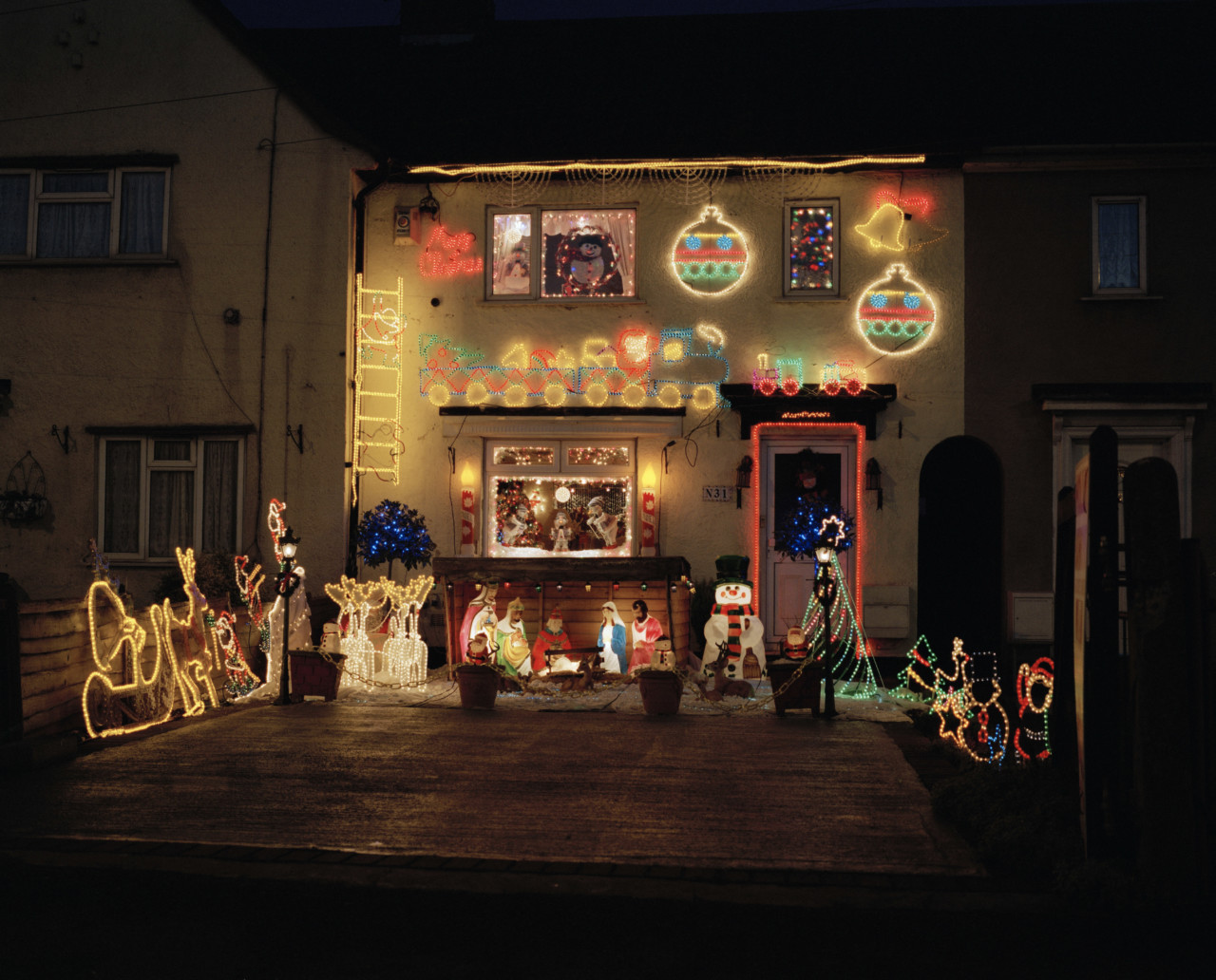 During a year when people have been forced to maintain physical distance from one another, many have opted for more creative expressions of closeness with their neighbors. This winter, both The Washington Post and CNN reported on a trend of households hanging up their Christmas lights early. 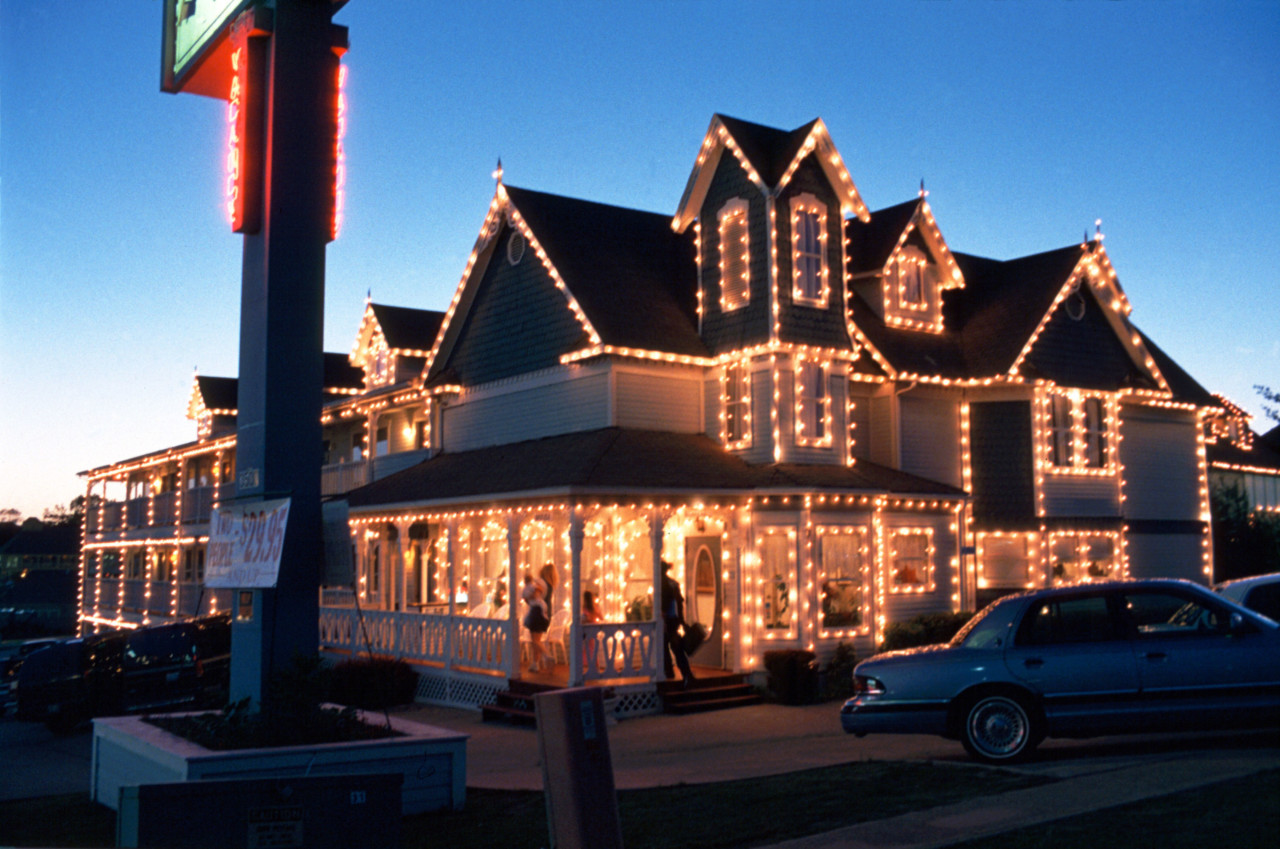 Christmas lights in private residences were first introduced in German homes in the 18th century, in the form of candles adorning trees. This was a Christian practice, meant to symbolize the light of Jesus, which itself was borrowed from a pagan ritual for winter solstice —or Yule—welcoming the return of daylight after the longest night of the year. 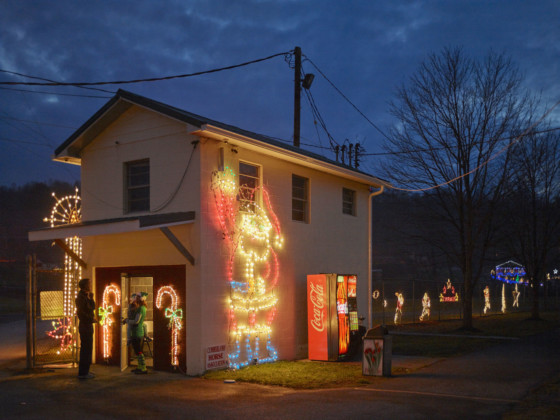 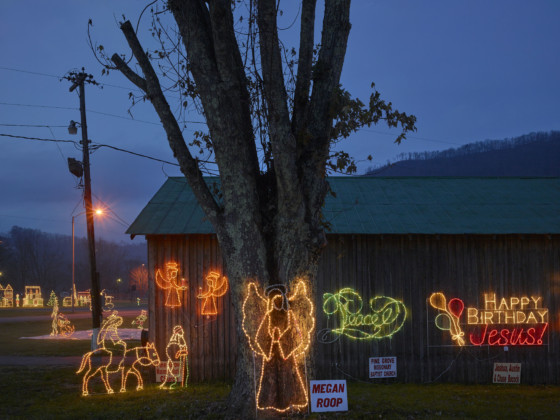 Initially, electric Christmas lights were the reserve of the upper-classes, who were able to afford lightbulbs for decorating their trees, after Thomas Edison’s colleague, Edward Johnson, invented the idea in 1882. It was the mass-production of bulbs by General Electric for consumers in 1903 — and the proliferation of lights made by Albert Sadacca’s NOMA Electric Co. who dominated the market following that, until the 1960s — which resulted in the universality of Christmas lights as a popular fixture in American households. 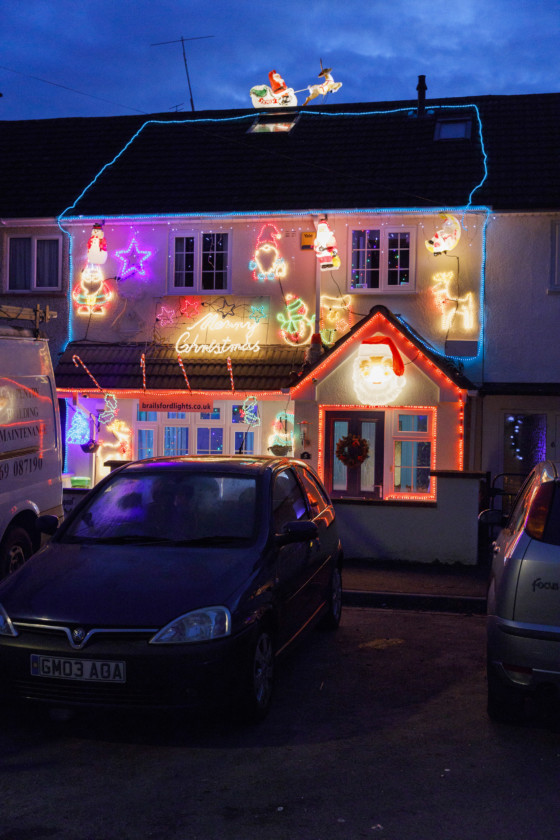 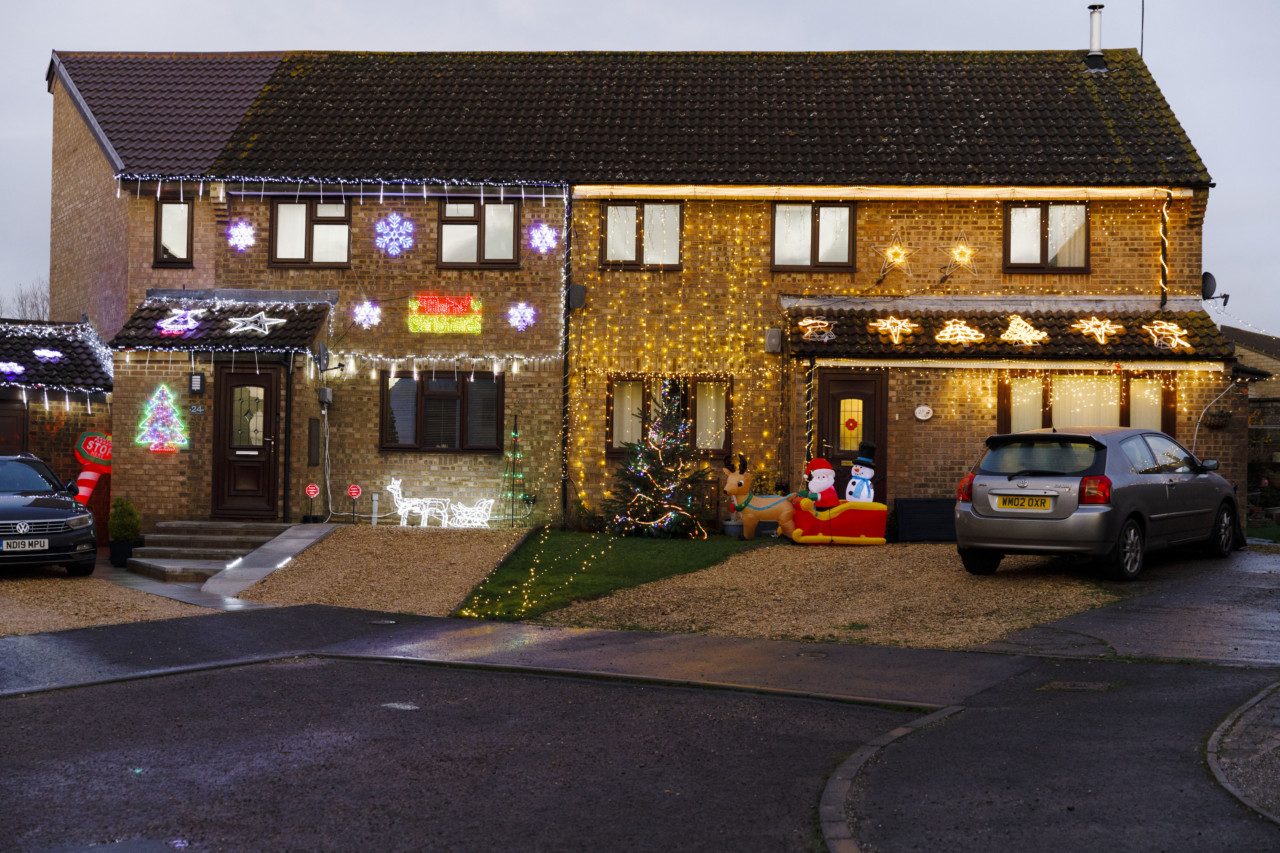 Christmas lights, while bringing a certain form of cheer during bleak winter weeks, also come with a variety of 21st-century cultural significances. Martin Parr’s documentation of light displays since 2006 are evidence of the photographer’s preoccupation with recording the visible markers of class in Britain. 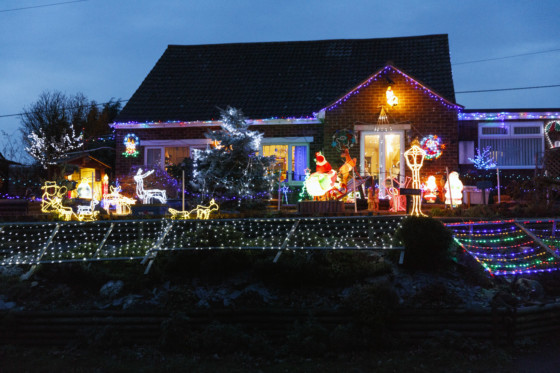 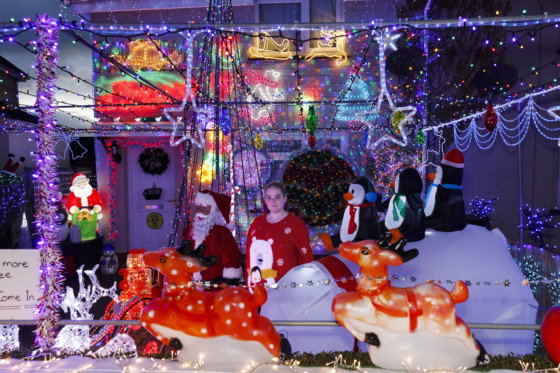 "Christmas lights on display on private homes range from the demure and understated, to the loud and theatrical" 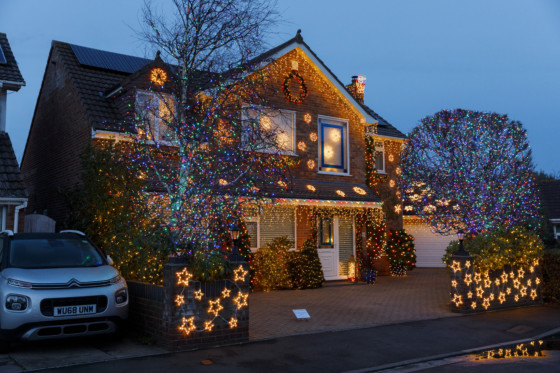 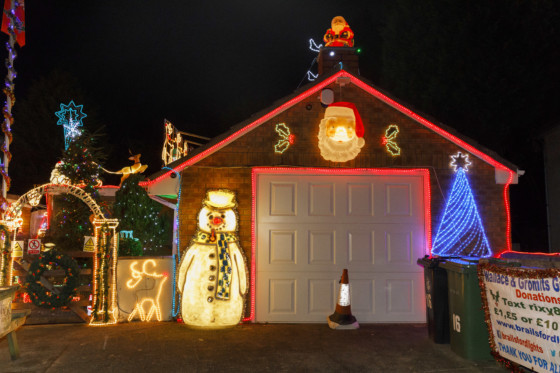 Having become more popular in the UK since the 1990s, Christmas lights on display on private homes range from the demure and understated, to the loud and theatrical. The latter type can be seen more often dressing houses in suburban and working class areas — in a contrast to US festive displays, which more typically adorn the larger residences of the middle classes. 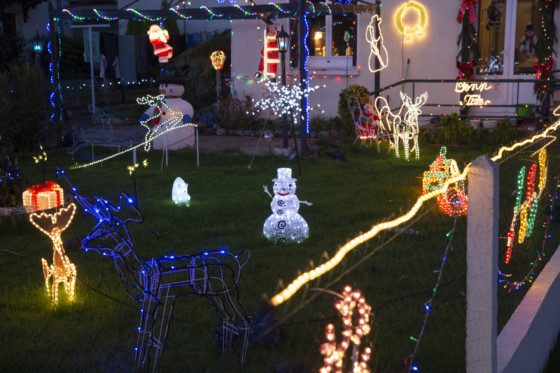 British academic Tim Edensor says that the development of such lighting displays tell a rich story about the class-landscape of the UK, producing a “geography of illumination”, while sociologist Les Back’s study of light shows in Croydon, London, argued that the festive decorations most frequently seen adorning the homes of the working-class are an expression of community solidarity. Speculating on the early emergence of the winter decorations, psychologist Kristen Carpenter of Ohio University told The Washington Post that seeing holiday lights can lift moods and combat seasonal depression. Hanging up lights evokes the reassurance of past childhood experiences and the regularity of annual traditions during a time of uncertainty. Whether or not they are considered kitsch, tacky, or ostentatious, it’s clear that Christmas lights play an uplifting role for many.

The Parameters of Our Cage