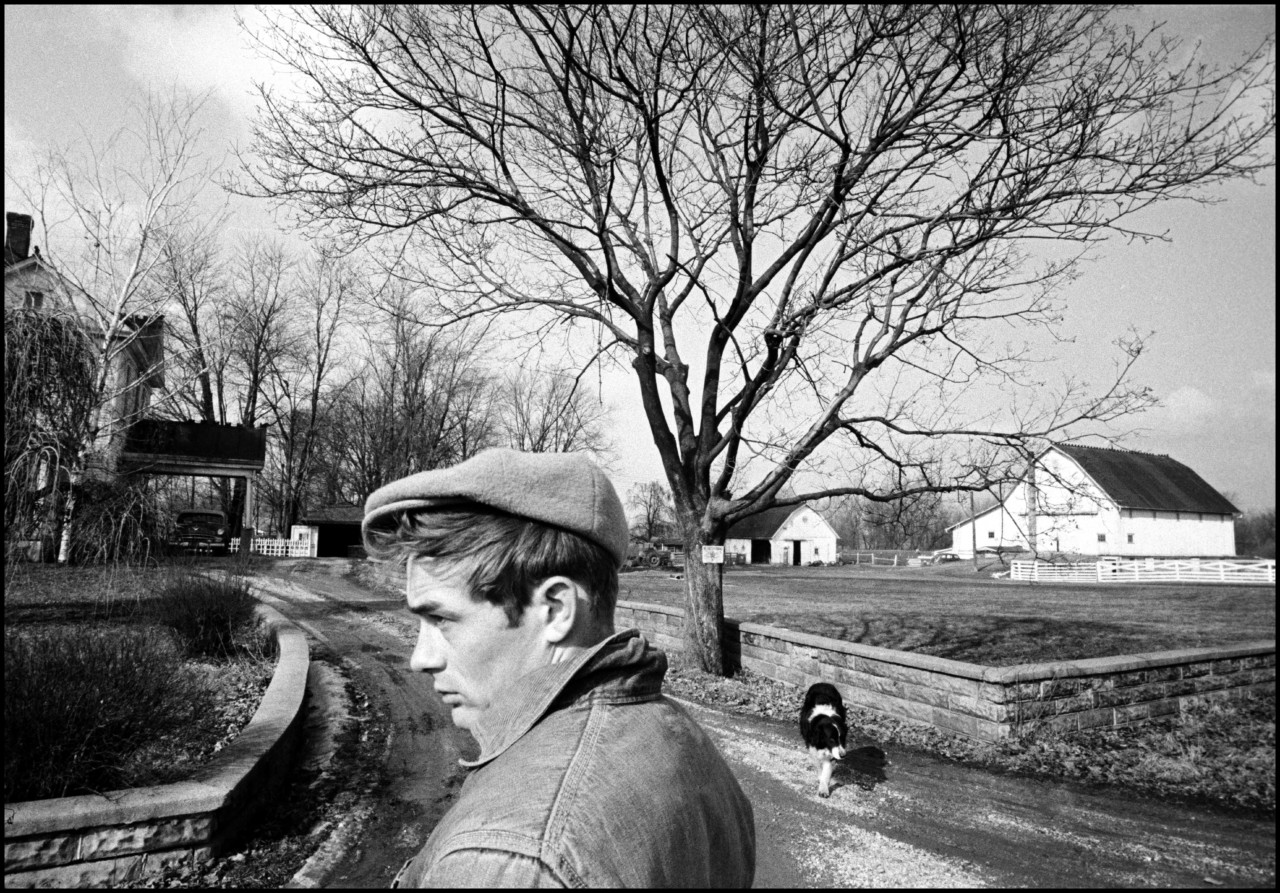 Dennis Stock In 1955 James Dean visited the town where he had spent his youth, it was just after he had made "East of Eden" but the film was not yet released. He stayed on the farm of his uncle Marcus Winslow w (...)
ith his relatives. Indiana. Fairmount. USA. 1955. © Dennis Stock | Magnum Photos

You can explore the portraits of James Dean as photographed by Dennis Stock from this article on the Magnum Shop — available as an 8×10 print of Dean walking in Times Square, three contact sheets (his series of portraits, in Times Square, and practicing ballet), and two posters (Indiana, Times Square).

Dennis Stock‘s photograph of James Dean walking through Times Square in a long overcoat, a cigarette clamped between his teeth as he navigates the rain, has been described as one of the most iconic images of the 20th century. Dean’s life was all-too-short, but the enduring circulation of photographs, including those taken by Stock, have worked in tandem with Dean’s body of work to keep the late actor’s legacy alive. 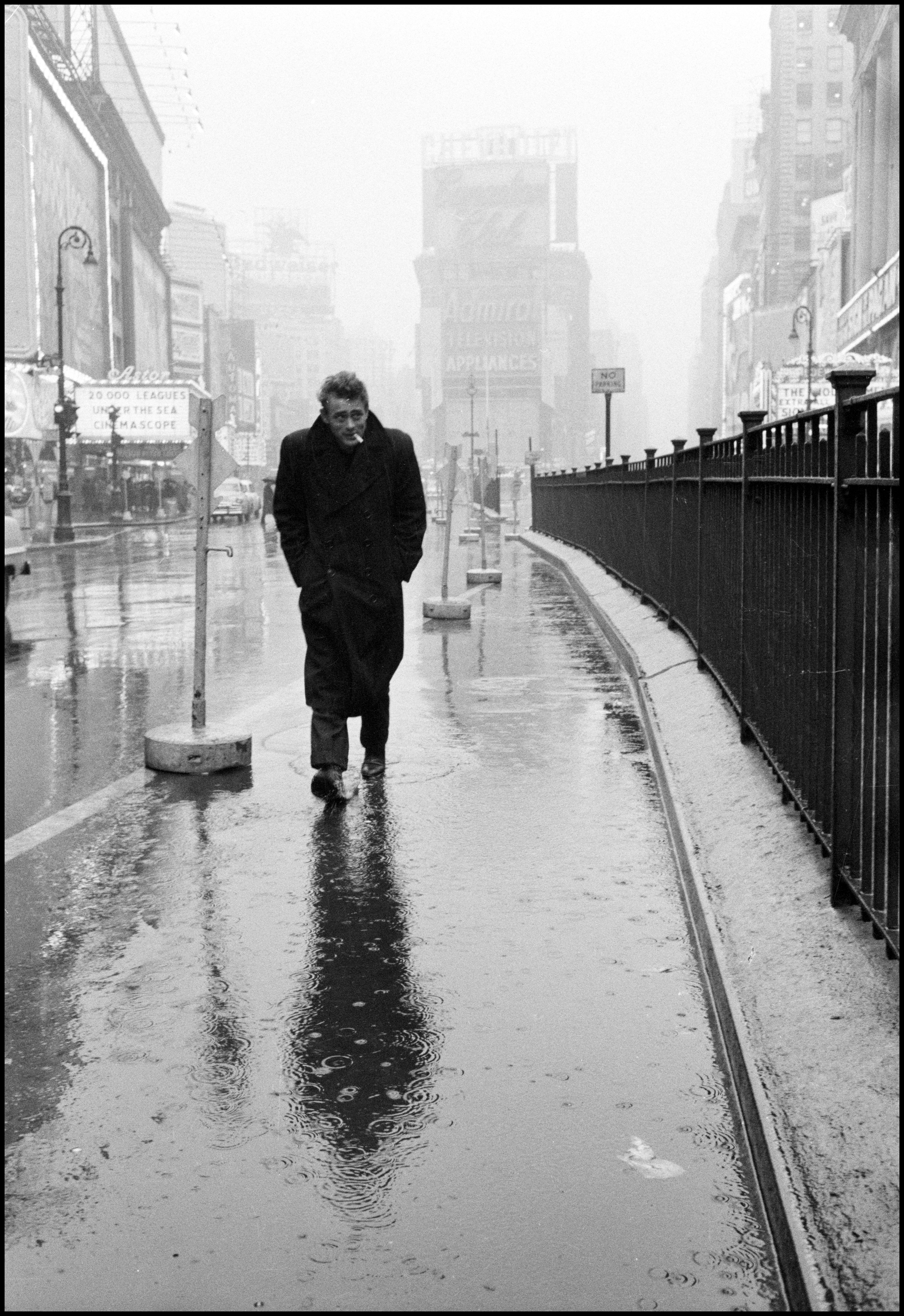 Dennis Stock James Dean haunted Times Square. For a novice actor in the fifties this was the place to go. The Actors Studio, directed by Lee Strasberg, was in its heyday and just a block away. USA. New York Cit (...)
y. 1955. © Dennis Stock | Magnum Photos

Stock and Dean met during the 1950s at a party hosted by film director Nicholas Ray at Los Angeles’ Chateau Marmont hotel. Dean was awaiting the release of his first significant film, Elia Kazan’s East of Eden, while Stock was working as a Magnum photographer. During a conversation bolstered with the discovery they had a mutual friend in common, Dean invited Stock to a preview of his new film. It was only after witnessing Dean’s devastating portrayal of Cal Stark in East of Eden that the photographer fully realised his new friend’s immense talent; he was seeing the birth of a major star.

The following day Stock floated the idea of a visual biography past Dean that would document his Indiana roots, the New York theatre areas where he learned his craft, and rise to Hollywood. It was a novel, original proposal because photographers did not usually document actors’ childhood homes. What followed would set the course for one of the best-known photosets in film history. As Eliza Berman writes in LIFE:

“Over breakfast the next morning, as Stock listened to Dean speak with nostalgia about his upbringing in Fairmount, Ind., Stock became determined to capture a portrait of a young man suspended between two worlds: that of the family farm where his aunt and uncle raised him after his mother’s death, and that of the Hollywood into which he would soon be embraced. Stock pitched a photo essay to LIFE magazine, and though it was not an easy sell, given Dean’s anonymity, he got the green light to move forward.” 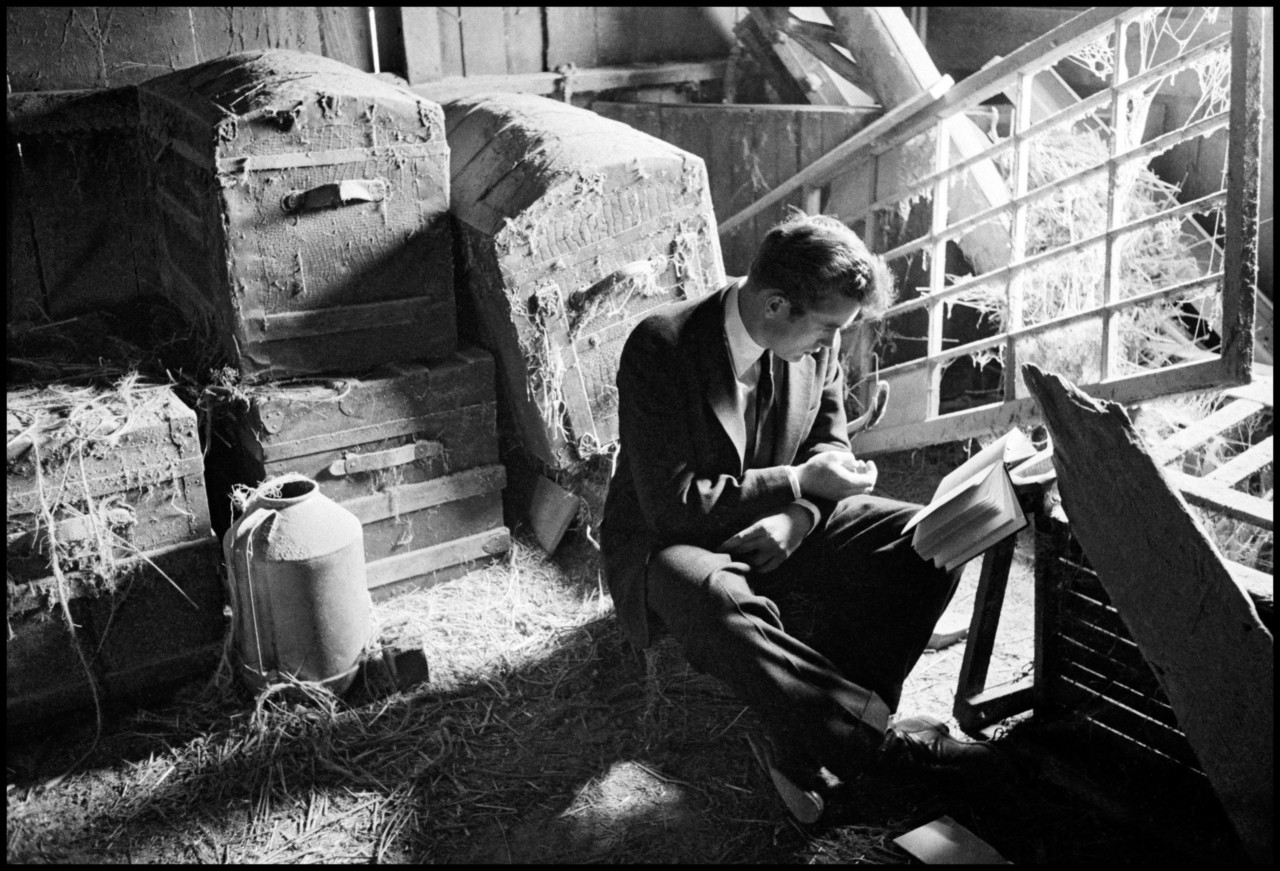 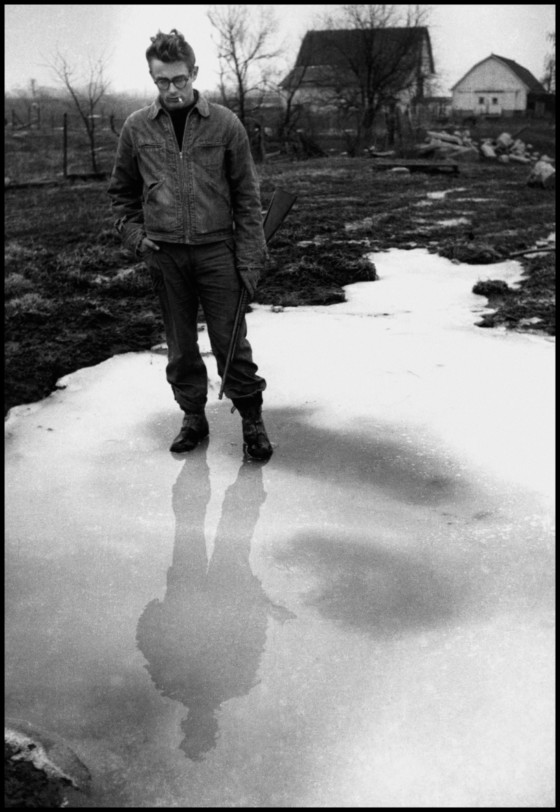 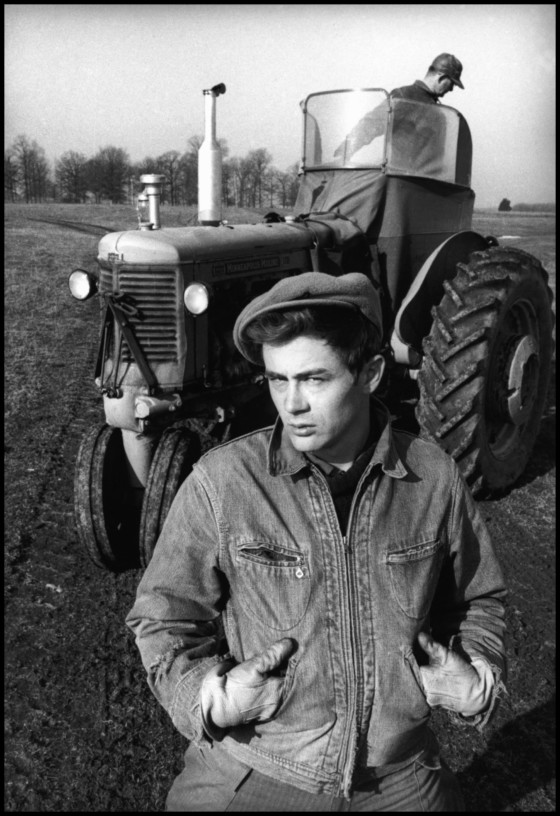 As Stock’s photographs evolve, we glimpse into the places and old haunts imperative in moulding Dean’s character. One of these locations was Winslow Farm in Fairmount, where Dean’s aunt and uncle raised the young man after his mother died. While in New York, Stock photographed Dean practising ballet with his friend, the singer, actor, and dancer Eartha Kitt. Dean and Kitt met in the early 1950s at Syvila Forte dance studio in New York, later taking classes at the Katherine Dunham studio. While rumours abound of Dean’s bisexuality and a passionate affair with Kitt, she always spoke of Dean with tremendous affection. Kitt called him “Jamie”, and the two remained close until Dean died. “Our love for each other just happened,” Kitt once said. “I became his confidante, and I taught him about stage presence. We were like soul brother and sister.” 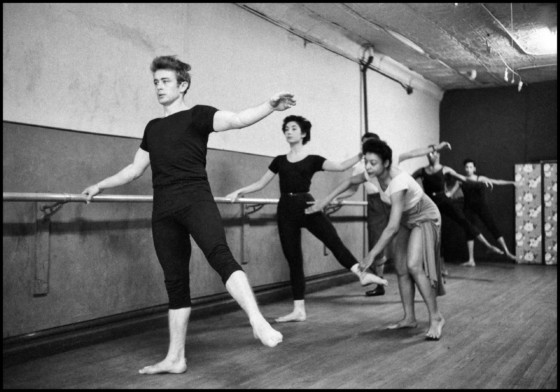 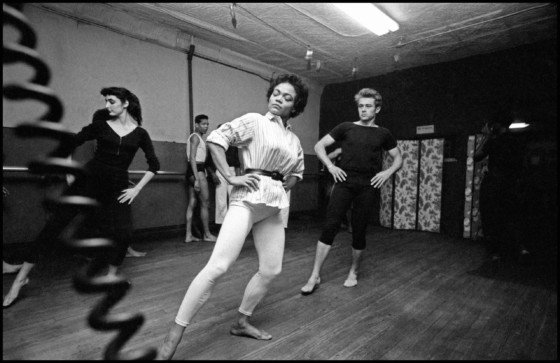 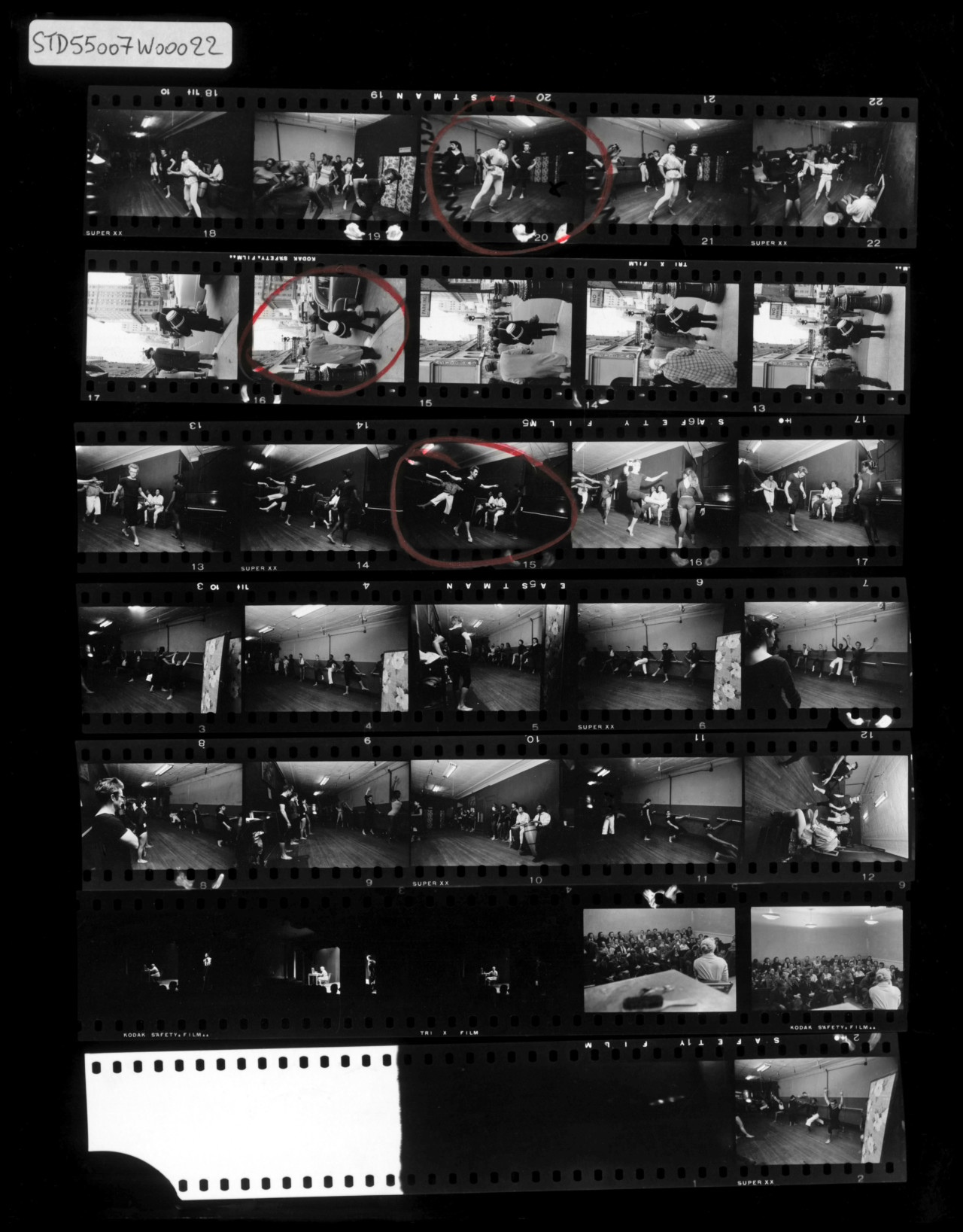 "While rumours abound of Dean's bisexuality and a passionate affair with Kitt, she always spoke of Dean with tremendous affection." 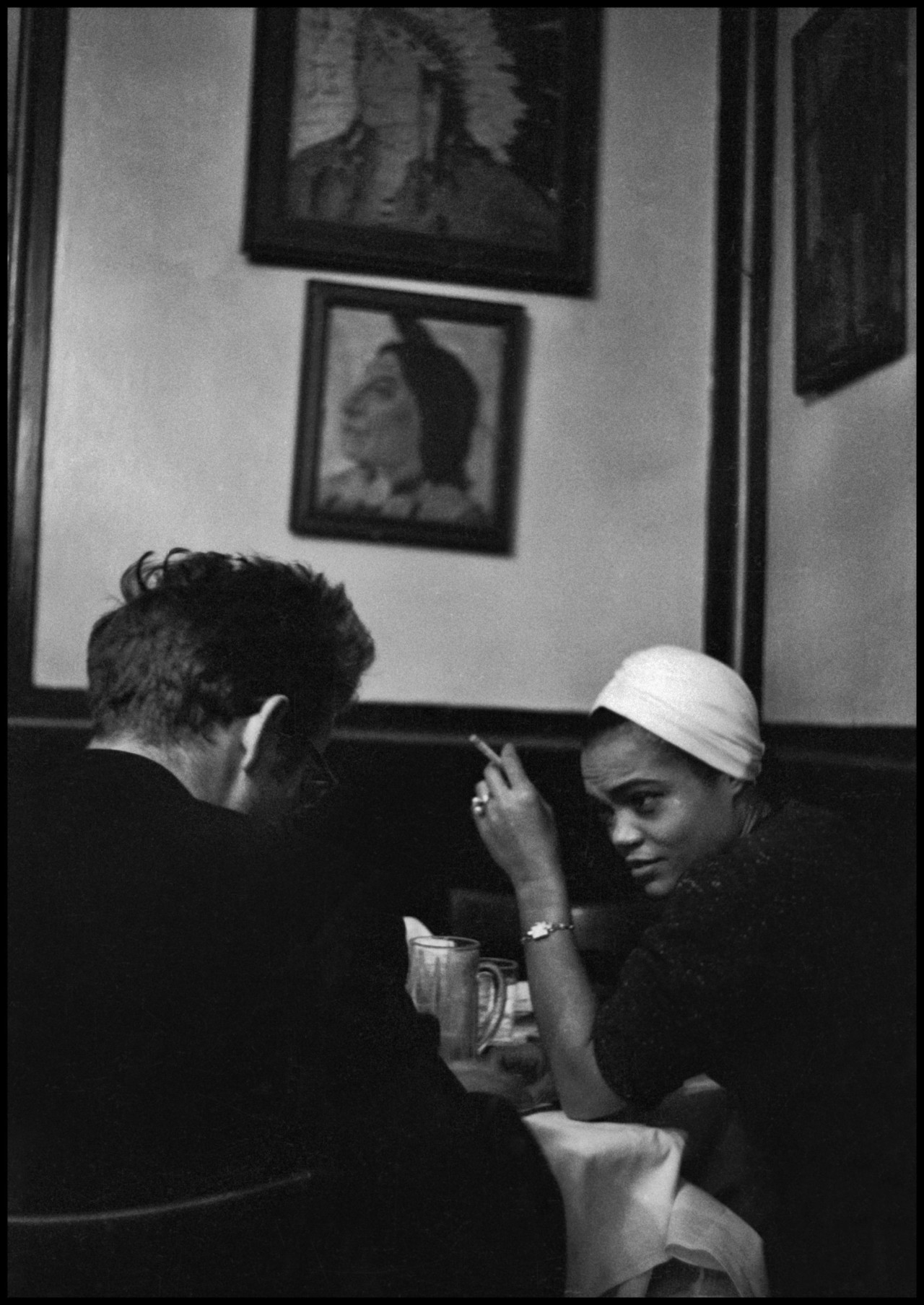 Dean embodied vulnerability, but a fire burned inside him, too. In Rebel Without a Cause, a defining film in which Dean channelled the rawness of a misunderstood teenager in ways never previously portrayed on screen, his devasting anger and rage bubbling away under the surface were palpable. Dean embodied the characters he played so acutely; audiences soon struggled to separate him from the characters he played. Stock was determined to capture Dean, the man, not the actor, and he became intent on depicting the distinction. “I wasn’t interested in a lot of the poses Jimmy took,” Stock reflected. “They were artificial, so I let him go through a lot of nonsense until he relaxed and became spontaneous. Then I took photos that I thought were revealing of his true character. Our collaboration was the best imaginable for a portrait exploration.” In Stock’s contact sheet, Dean strikes a series of similar poses, his facial expression differing slightly with each one. In some of these stills, he appears bemused, on the brink of laughter. 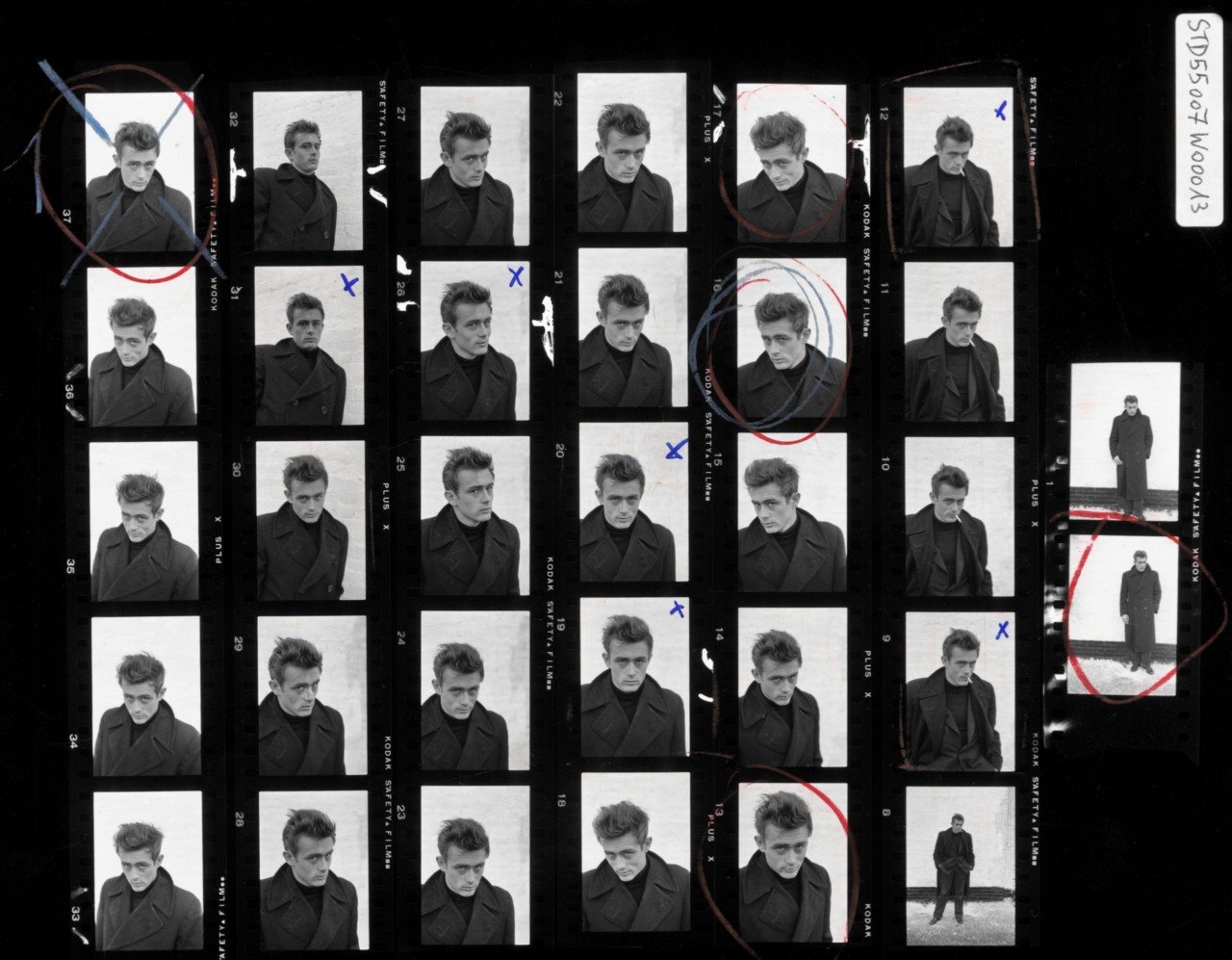 Dean died in 1955, with Giant, his final film, released posthumously. Bereft fans, grieving for a young actor who would never make another movie, craved images of Dean, so fan magazines clamoured to purchase every photograph of Dean ever taken. Some of these images were, at the time, unseen. Years later, LIFE magazine would movingly reflect on Stock’s time with Dean:

“[These photos] offer us a chance to experience the jolt that must have raced through countless readers in the late winter of 1955 as they gazed at Stock’s portraits of this beautiful, thrilling young star, all the while knowing, knowing, that he would be with them, starring in movies, for years to come.” 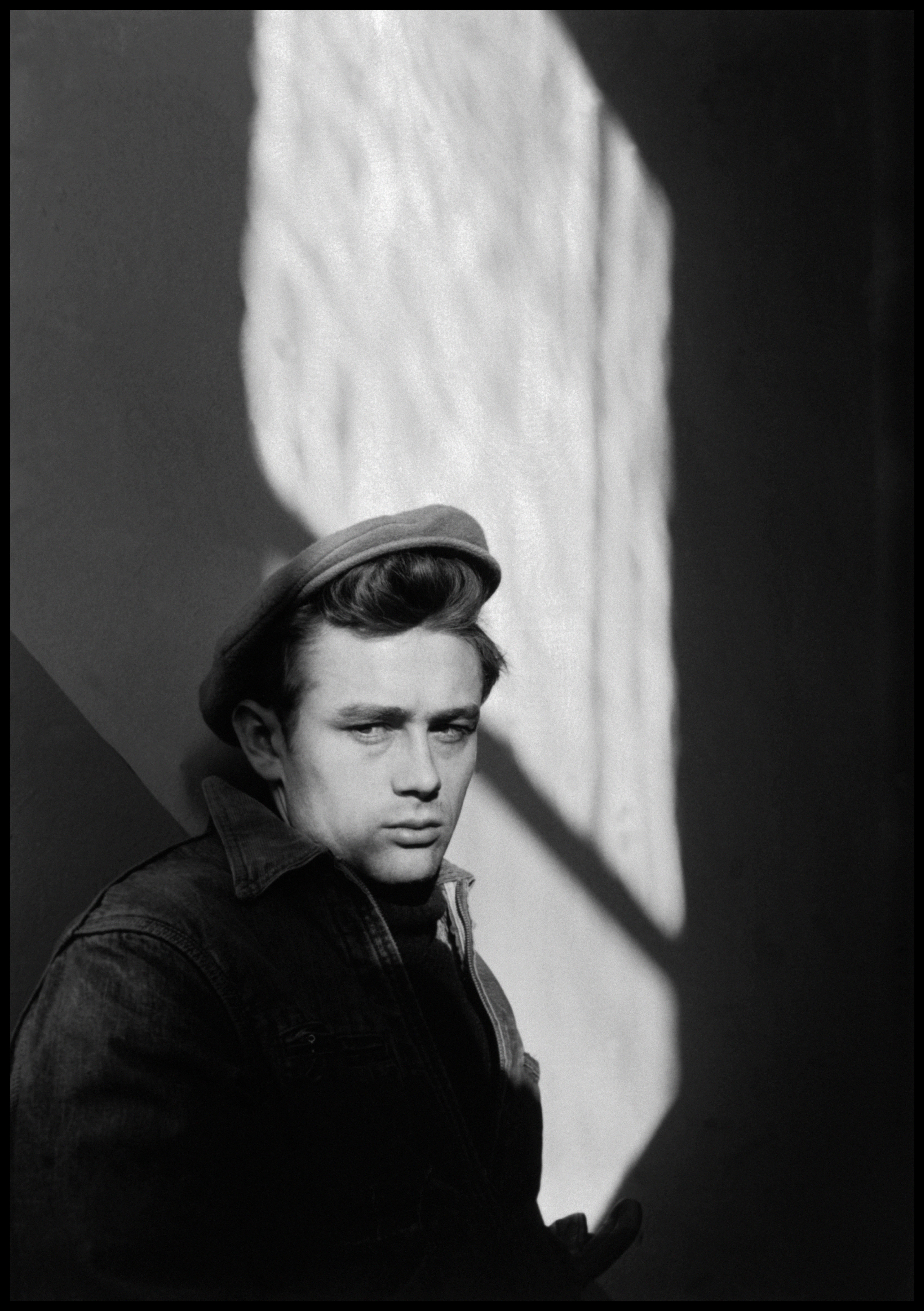 Interest in Dean’s life has never waned; his image is offered continuously up for consumption. While some may say every filtration of his appearance (often resulting in shoddy reproductions) dilutes his talent, others argue that it only imbues his image and legacy with myth and strength. There is power in circulation, a gaining in iconography and mythology every single time. Dean never wanted to be pigeonholed in life, but in death, he became a tragic teen idol.

Photography has assisted Dean’s immortality. His images will always be in circulation, and his films will continue to be rediscovered by young audiences. However you choose to remember Dean — ‘tragic icon’, ‘outcast’, ‘loner’ — there is no denying who he was: a brilliant young talent who departed far too soon. 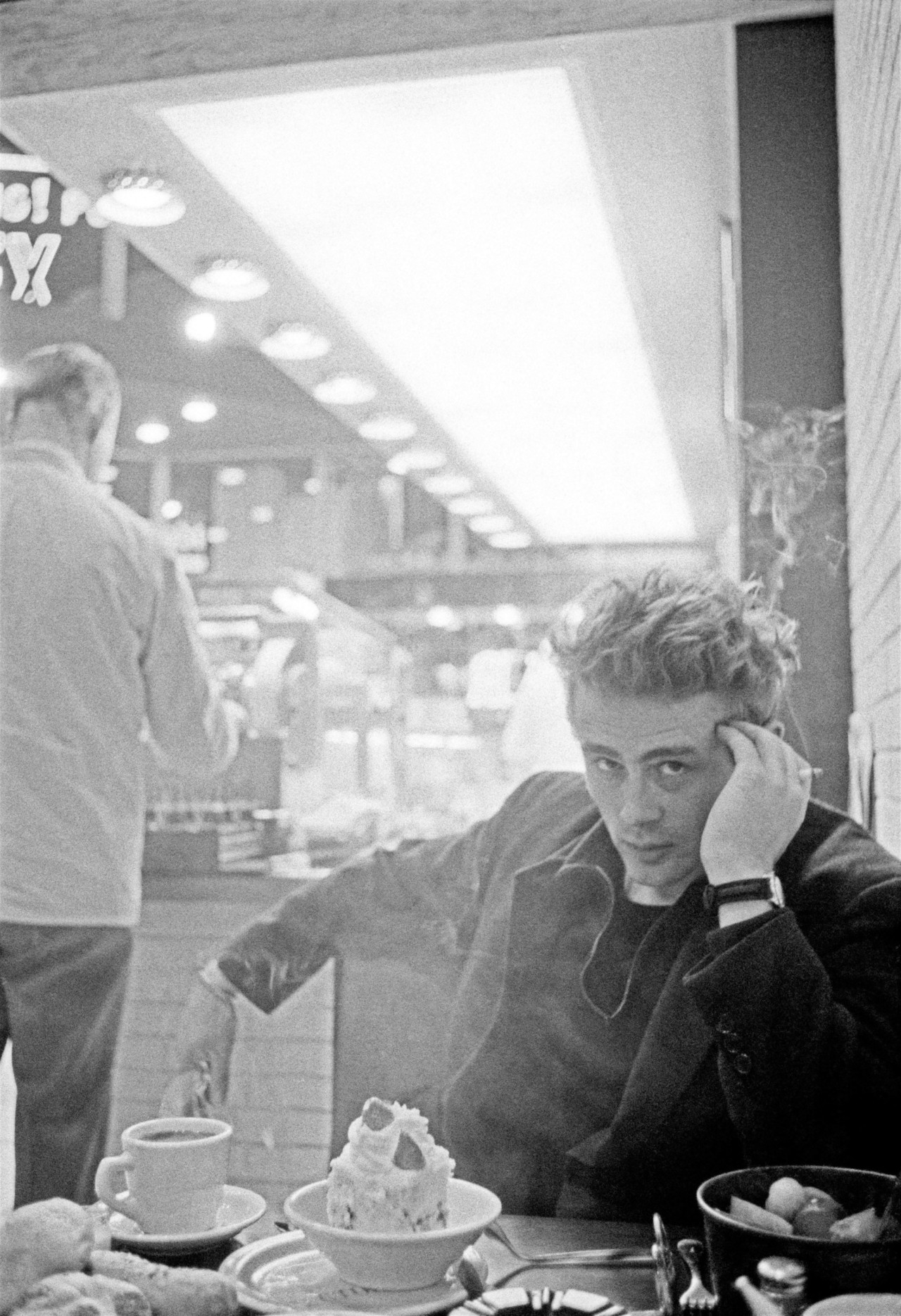