Stuart Franklin‘s 2013 book, Narcisus, made in Norway’s Møre og Romsdal region dwelt upon our inherent interest in seeking ourselves in nature, on humanity’s predilection for seeing the world through the veil of our own memories.  We look constantly for things in the world which trigger emotional responses, be that in the form of reminiscence or revulsion.

His forthcoming title, Analogies, sees him applying a similarly thoughtful approach to landscape. “What is landscape?”, he asks in the early stages of the book’s introduction. Franklin offers a prosaic explanation, drawing on the derivation of the word, it’s etymology and earliest uses. But it’s clear that this is not the focus of the work.

The project in actuality dwells upon landscape divorced from place. Landscape as visual metaphor. Franklin is quick to note that this is not necessarily a natural path for him to take, “Having studied geography formally at university, and spent a number of years at National Geographic it has not come entirely naturally for me to privilege autobiography and metaphor over geography. Nevertheless, in Analogies, this is exactly what I have set out to do.” He goes on – to neatly condense the book’s core idea, that ‘The names of the valleys, hills, forests, countries, pathways and small corners of the planet from where these pictures have been drawn are less relevant to me than the articulation of a vision that has become, in a way, its own country.”

Here, in advance of the book’s publication by Hatje Cantz (March 2019) we share an excerpt from Franklin’s introductory essay, and a selection of the work made in Évora, Portugal in October 2018. Just outside the village of Nossa Senhora de Guadalupe in Évora, lies the Cromlech of the Almendres, a megalithic site incorporating one of the largest collections of menhirs on the continent. This work formed the penultimate trip in the long-running Analogies project.

The Time of Trees 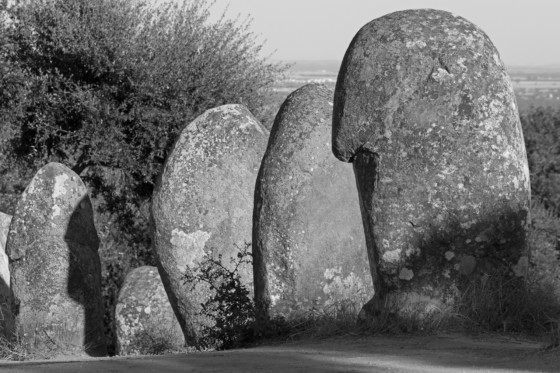 Analogies echoes Ristelhueber’s interest in both the ambiguities of spatial scale, and an expressed reluctance to pin her work to a particular locality or conflict.  Inspiration – in Analogies – lies less in the politics of environmental outcry in the style of Muir, more in the grace and solace found in exploring the world, light, and experiments in visual expression. I am trying here to reclaim clear focus on the wider links between nature and society from the day-to-day politics of place.

The coherent aim, as a collection of photographs, is to stand as a late flowering of a hundred-year-old experiment in photography-based visual metaphor. This is a personal and intuitive response to the sculpted or uncultivated landscape: to the arched magic of trees; to hewn rock and dressed stone; to fossils deep and shallow cuts on sand, ice and bark; to earth energies. "This is a personal and intuitive response to the sculpted or uncultivated landscape: to the arched magic of trees; to hewn rock and dressed stone" In the book there are felled and dying trees. I saw them (in Borneo) as ghosts dancing. They are not gone. I explore visual metaphors that emerge out of the landscape. Analogy – and thus the book’s title Analogies – has at its heart a comparative spirit. It invites reflection and participation from the reader. It has nothing to preach; it carries no rhetoric or coercion. It is no heavy-booted expedition into the wild, more a bare-footed tiptoeing down narrow, leaf-strewn paths in uplands and lowlands, wetlands and drylands, through sun-cracked streets, sacred sites, sculpture parks and marble-floored museums. In Évora, Portugal, I have been photographing stone megaliths set amongst cork oak trees. These stones are situated at several sites around the city. It is October and there is little sign of autumn. My days start before dawn. The forecast predicts a cloudless sky. Dry, rutted and dusty farm roads lead to the hill site where the companion-stones will be found, turning in their shadows.

"The megaliths convene as a congregation on a hill waiting for the dawn. When the first unhindered light arrives it glows pink on dressed stones set into the higher ground" I arrive at 7 a.m. with the sun yet to rise. The megaliths convene as a congregation on a hill waiting for the dawn. When the first unhindered light arrives it glows pink on dressed stones set into the higher ground. I sit in the dry grass and warm dust, the sort of dust you can write or draw in, as the Stone Age landscape architects must have found. I like to think of parched fingers scratching geometric calculations or alignments into this powdered earth.

Slowly, I watch shadows revolve over stone and earth as the curative sun rises. It’s a sun the ancients must have watched set and rise time after time. The precise placing of stones, geometry and light can only truly be grasped at the beginning and end of the day. 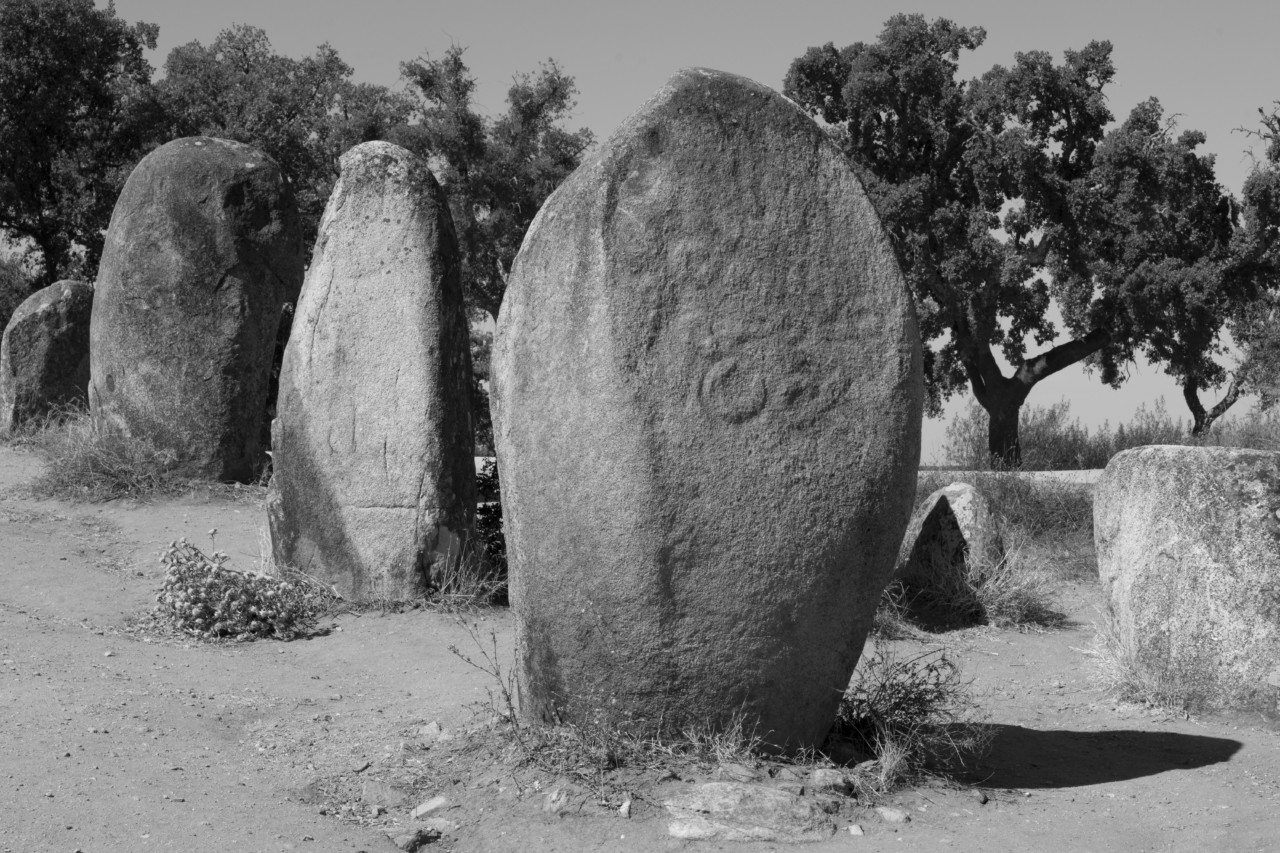 At Home on the Shoreline of Wellfleet