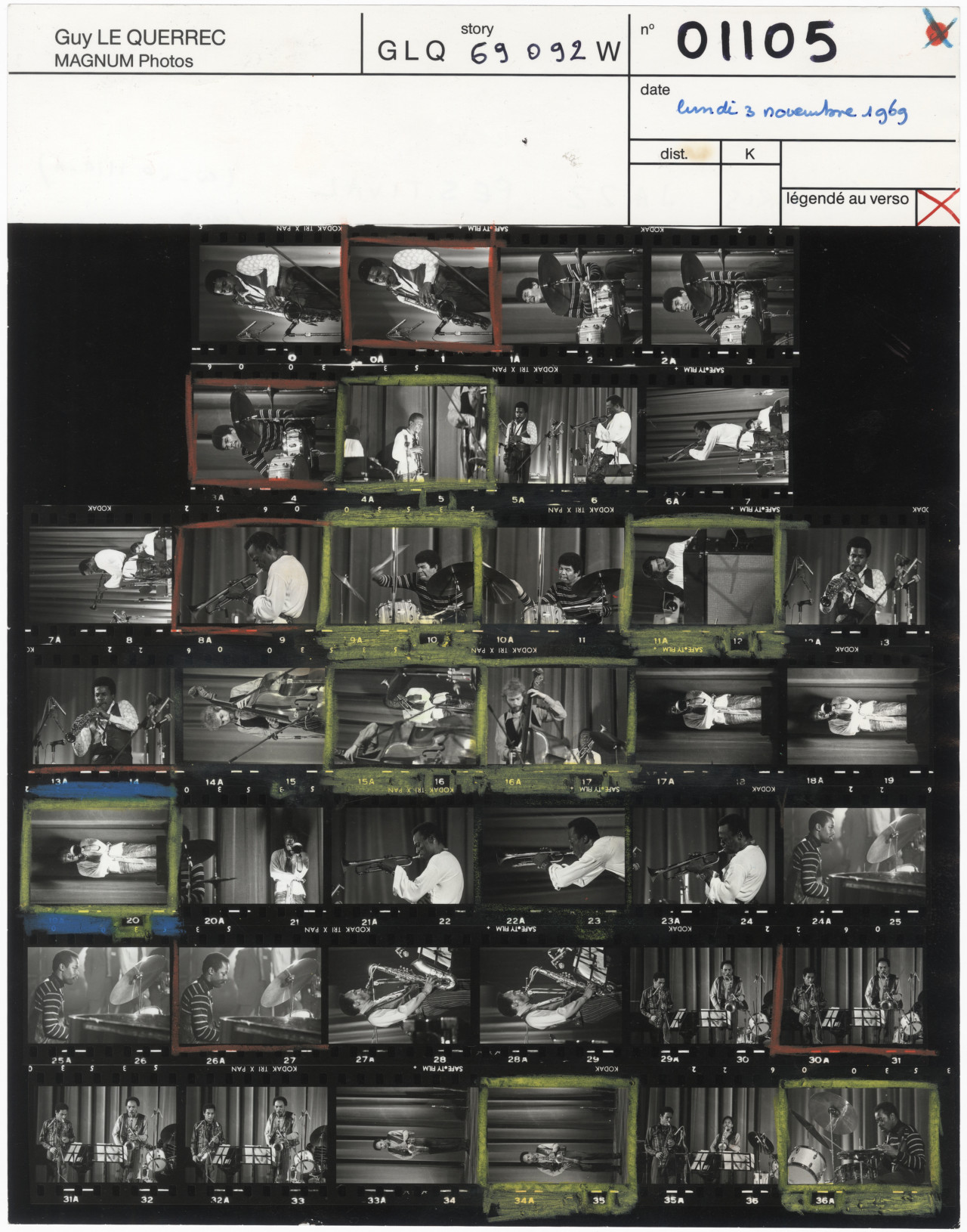 Here we look at the making of Guy Le Querrec’s capture of Miles Davis quintet during the Parris Jaz festival in 1969. Le Querrec’s contact sheets show us his unique ability to anticipate and prepare for each move of the musicians allowing him to take electrifying images of the jazz concert.

You can purchase the image itself here, and the contact sheet here. “After a concert by Duke Ellington and his orchestra on 1 November 1969, the organizers of the 6th Paris Jazz Festival had scheduled a double concert in the Salle Pleyel for 3 November at 7.30pm and again at 10.30pm. Miles Davis’s quintet, with Wayne Shorter on sax, Chick Corea on keyboards, Dave Holland on double bass and Jack DeJohnette on drums, was to appear on stage before Cecil Taylor’s quartet. I had decided to photograph all the concerts. By now I was working as head of the photo department at the Paris based weekly magazine Jeune Afrique, so I also did regular reports in Africa, but I continued to photograph jazz as often as I could.

This was the second time that Miles Davis had entered my viewfinder, the first time being at the 1st Paris Jazz Festival in October 1964. I was still an amateur then. In those days, stages were brighter and the technical conditions were easier than they are today. Back then I took fewer photos, too. This was doubtless due to the need to be economical, but it was also because, being able to leave fewer things to chance, I had to concentrate harder in a given situation. This was certainly the case during the 10.30pm concert.

Although live music is always a visually dramatic art form, this concert was particularly noteworthy. As happened from time to time throughout the gig, Miles wandered away from the centre of the stage and the microphones to let his musicians take turns improvising. I had a premonition of the move he was going to make. Anticipating it, I was in just the right place when he stopped for an instant in a beam of light that was emanating from the floor, illuminating him in my low angle shot and throwing a shadow on the curtain at the back. Miles passed without transition from the full uniform lights of the show into a single sophisticated, sculptural light. It accentuated his strange, enigmatic, fascinating beauty and emphasized the depth of his gaze – the same qualities found in his music.” 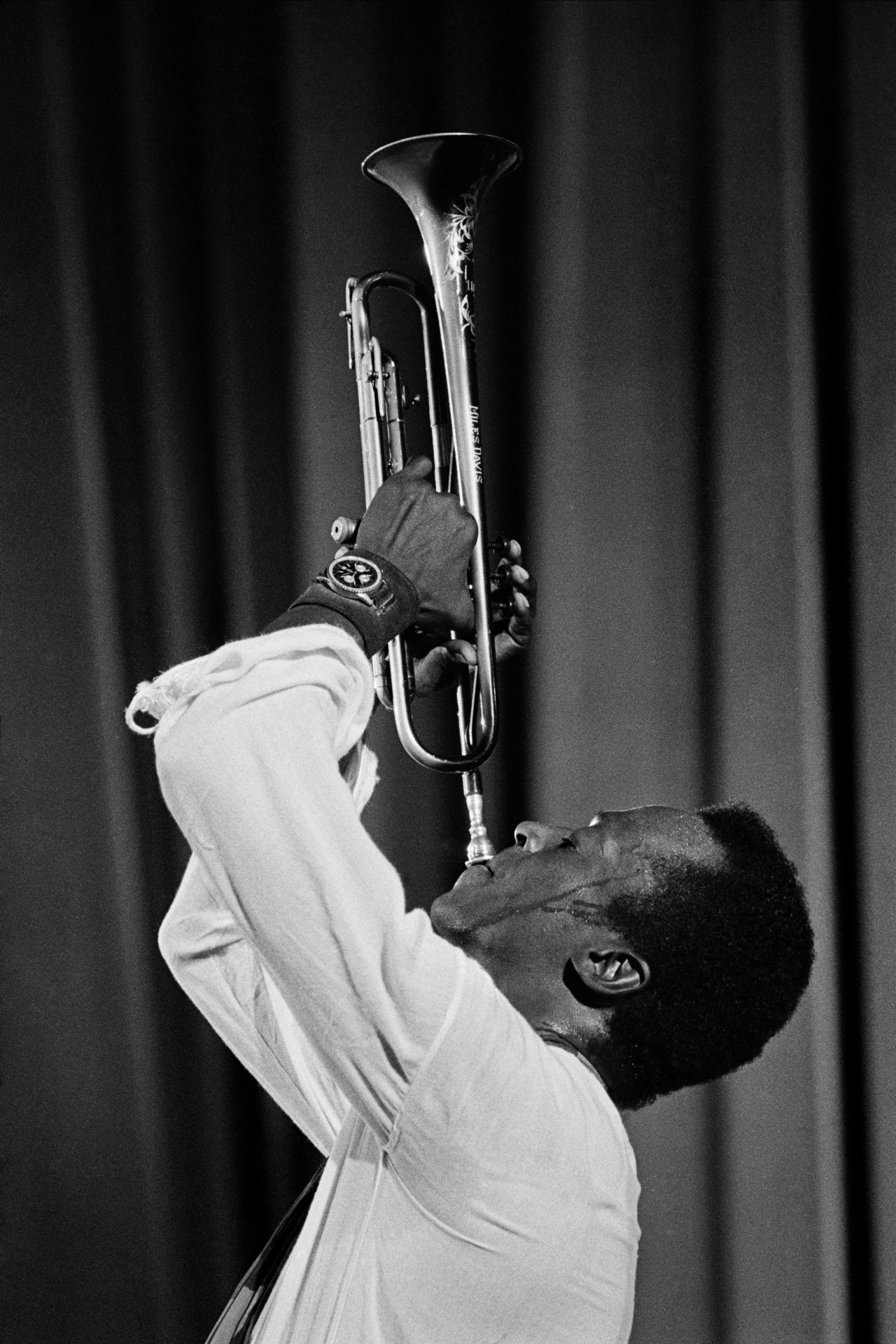