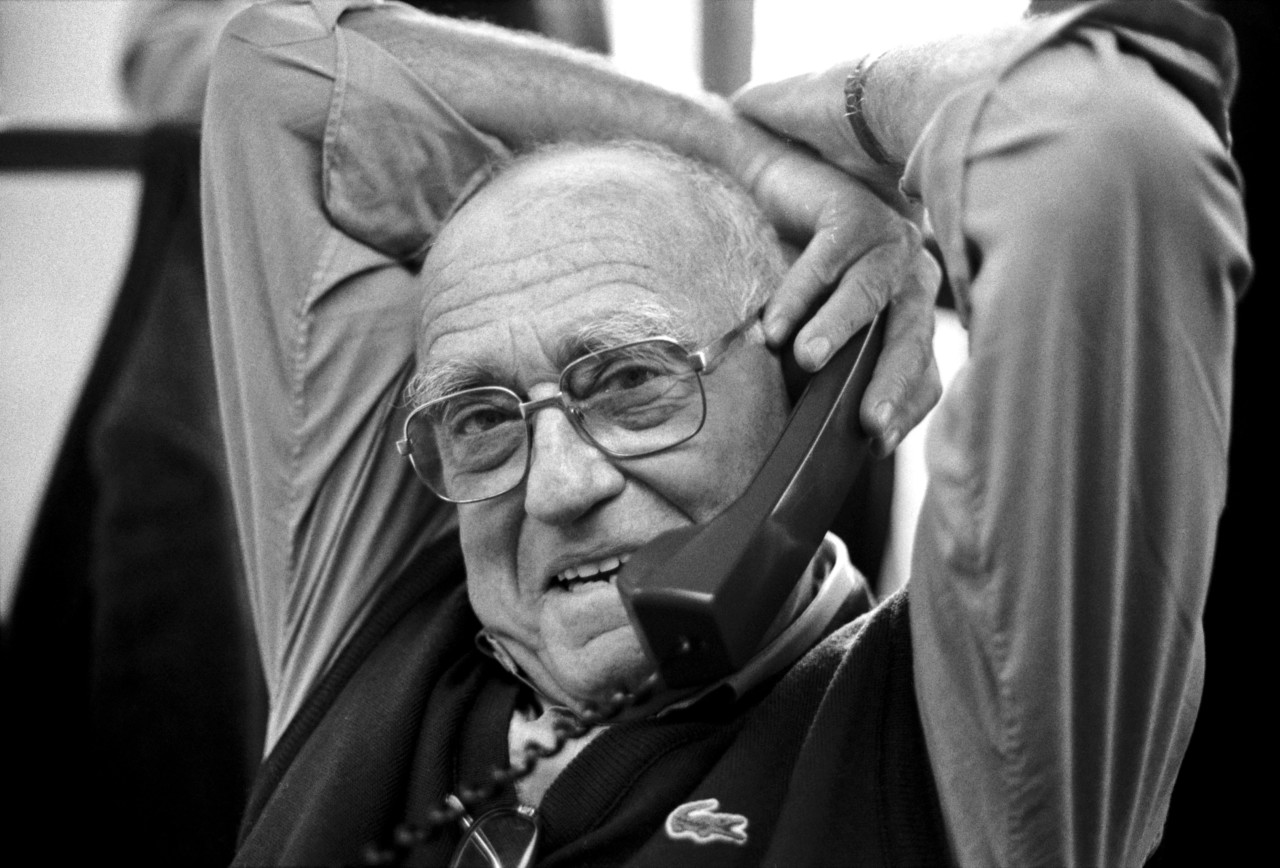 Renowned Austrian photographer Erich Lessing has died at the age of 95, on Wednesday, August 29. During the course of his career, Erich Lessing covered many significant political and social events. His photographs illustrated the atmosphere of post-war Europe, from the Allied occupation of Vienna, to the reconstruction of war-ravaged Germany, as well as the realities of life under communist rule in Eastern Europe, Charles de Gaulle’s visit to Algeria in 1958, and the dramatic events of the Hungarian revolution in 1956.

“I never thought of myself as doing anything other than telling stories,” said Lessing. “The camera became the medium through which I did that, but I don’t carry a camera everywhere I go. To me, it is simply the means to a very specific end. I observe the world through my eyes and not through the viewfinder of a camera. I don’t interpret, nor do I adjust anything in the dark room. I am a realistic photographer.” 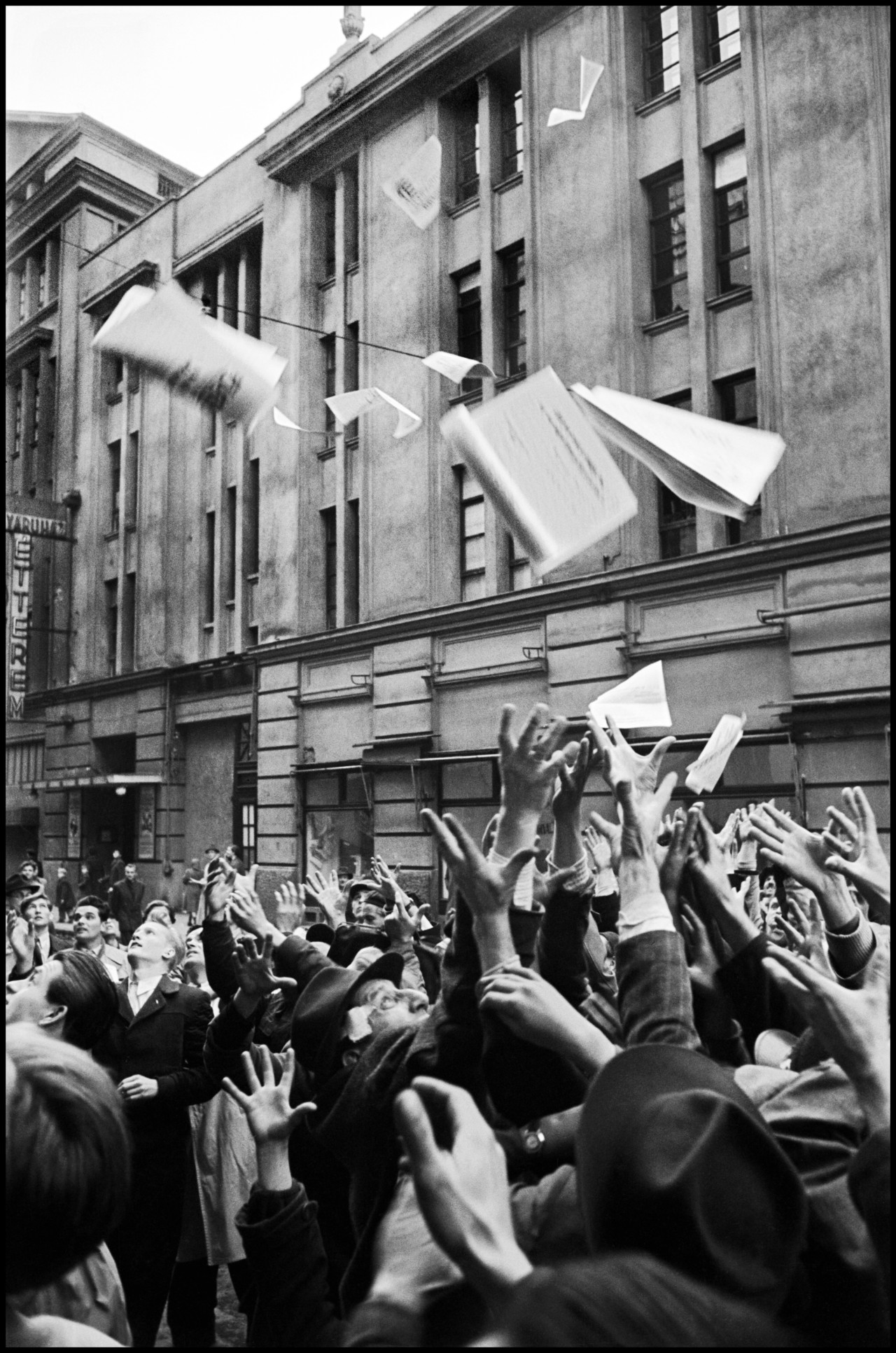 Erich Lessing was born in Vienna in 1923, the son of a dentist and a concert pianist. His father died of cancer in 1933, and although sixteen-year-old Lessing escaped to Palestine in 1939, his mother and grandmother were murdered in Theresienstadt and Auschwitz.

Lessing studied radio engineering at the Technion, the Israel Institute of Technology in Haifa, and worked as a taxi driver and a carp breeder in a kibbutz. However, he eventually found his way back to the hobby of his youth, photography. He started out as a kindergarten and beach photographer before joining the British 6th Airborne Division. 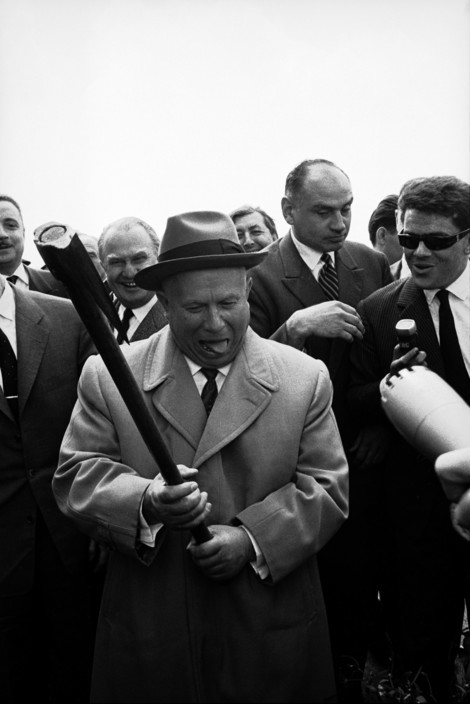 Erich Lessing Furious over the U-2 plane incident, Soviet Premier Nikita Khrushchev went on a nostalgic tour to the village of Pleurs where he and his new Minister of defence, Rodion D. Malinowsk, spent a few we (...)
eks during World War I. Meanwhile the other participants were waiting for him to start the meeting. Marne, Champagne-Ardenne, France. 1960. © Erich Lessing | Magnum Photos

Returning to Austria in 1947, Lessing was hired as a photojournalist for the American news agency Associated Press. In 1951, Magnum co-founder David ‘Chim’ Seymour invited Lessing to join Magnum Photos.

Erich Lessing’s photographs were published in renowned magazines including LIFE, Paris Match, Epoca, Picture Post, and Quick. Many of his images, such as the photograph showing the presentation of the Austrian State Treaty on the balcony of the Belvedere palace in front of a cheering crowd, have become iconic. 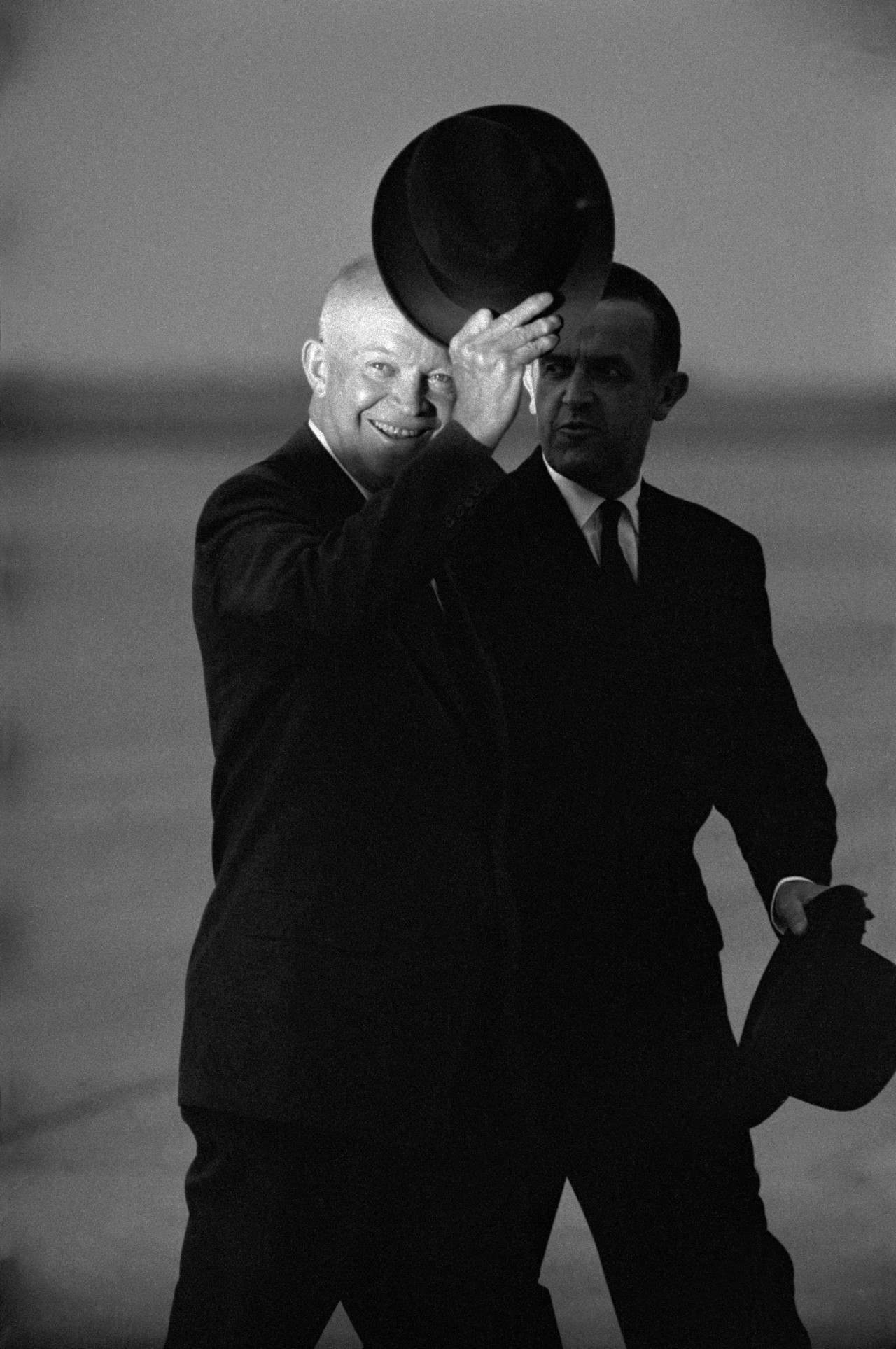 His portraits of politicians, such as Dwight D. Eisenhower, Konrad Adenauer and Nikita Khrushchev, and artists, such as Herbert von Karajan and Oskar Kokoschka won him international acclaim. He took pictures of the actors and crew on the film sets of Moby Dick, Zorba the Greek and The Sound of Music, and continued to capture vividly everyday life and unusual events, such as the Miss Sopot, the first beauty contest to be held in communist Poland.

Lessing said of his practice: “I saw my job as providing documentation. I’m certainly not a storyteller in the way that a novelist is a storyteller. Reportage was not the sophisticated thing then that it is today.” Erich Lessing First election of a beauty queen in communist Poland. Contest for "Miss Sopot" drew such huge crowds that the event had to be moved to the roof of the casino of that once elegant sea-side resort. S (...)
opot, Poland. 1956. © Erich Lessing | Magnum Photos

From the 1960s, Lessing increasingly turned towards art and historical subjects, specializing in large-format color photography. He photographed thousands of works of art in museums and visited historical sites and places of archeological interest. His work was published in more than sixty art books by international publishers: Szene about the Viennese Burgtheater and Opera, The Voyages of Ulysses in the footsteps of Homer, Imago Austriae, an Austrian history, The Bible as a history of the Jews, The Travels of Saint Paul, Florence and the Renaissance, The Louvre: All the Paintings, and many more.

“…I take mankind seriously in all it’s aspirations and desires and in whatever arises therefrom in religious, spiritual, artistic and political aspects. That was, and still is, the starting point for my photographic themes,” he said. The photographer taught his craft at Arles, the Venice Biennale, the Salzburg Summer Academy and the University of Applied Arts in Vienna, and has been honored with numerous international awards. Those include the Art Directors’ Club Award for his work during the Hungarian Revolution in 1956 and the Prix Nadar for his book The Voyages of Ulysses in 1966.

In 2013, Lessing received the Austrian Cross of Honour for Science and Art, First Class. This award was bestowed by the Republic of Austria in recognition of his lifetime achievements. He was also a member of UNESCO’s International Commission of Museums (ICOM). 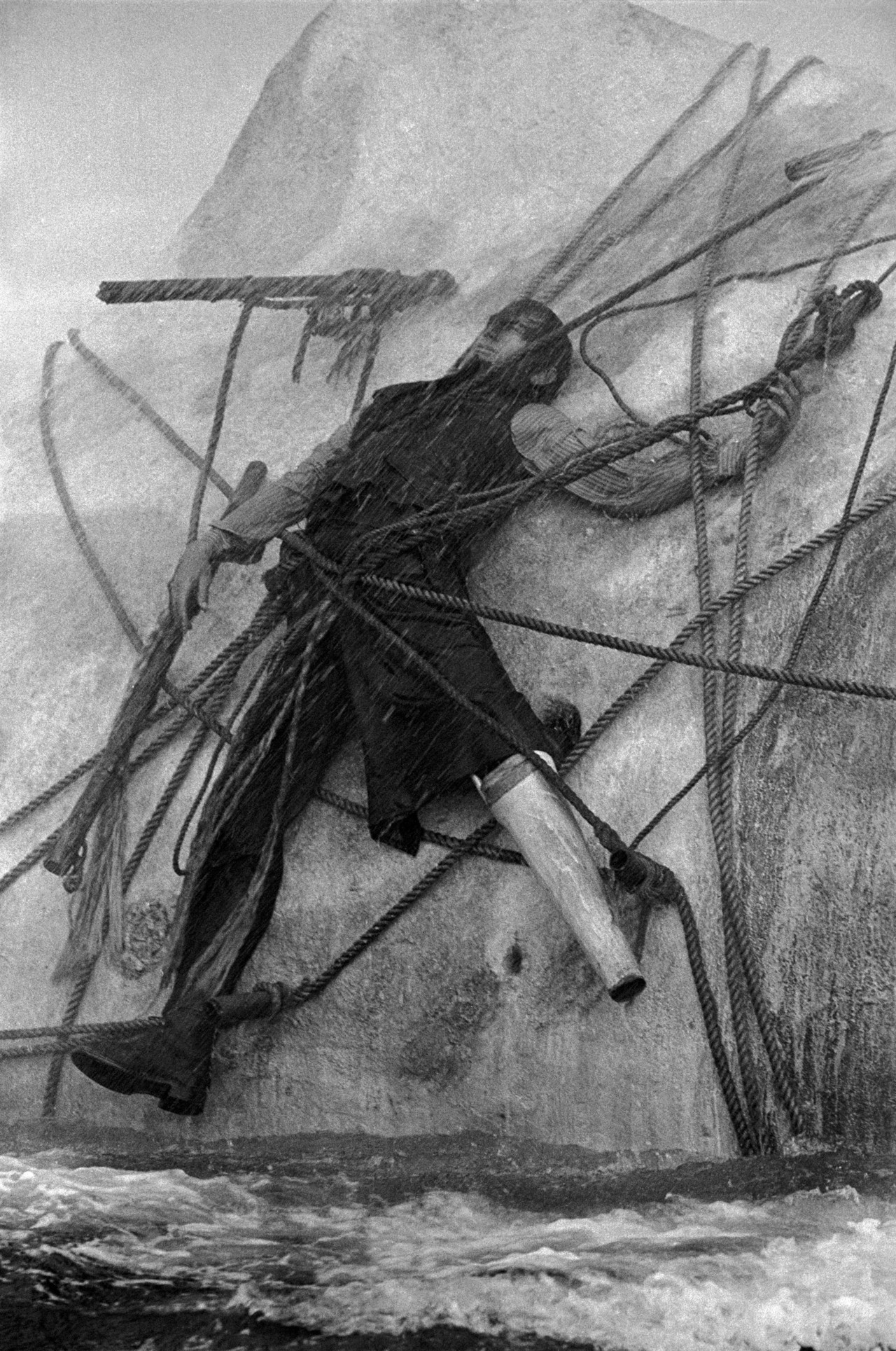 Magnum photographer Ian Berry said: “Erich was one of the kindest people I ever met, and an impressively resourceful man. I remember being welcomed into Magnum Paris by him when I first joined the agency and he’s remained an influence and friend to this day.  He had the most incredible knowledge of the world, which showed in his photography, and was always ready to help in arranging trips to far flung places.” 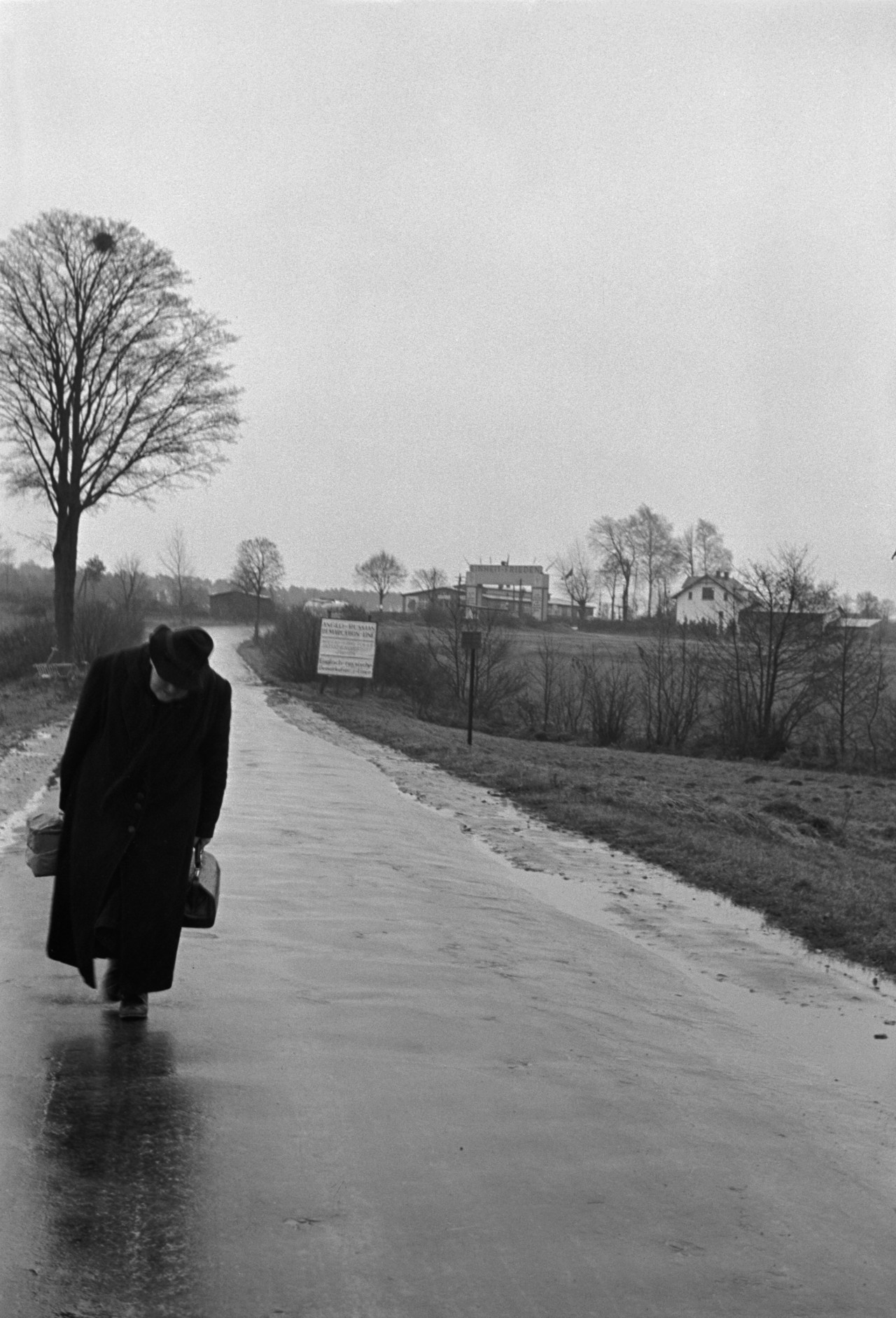 Erich Lessing Before the building of the Berlin Wall, an elderly woman leaves the Soviet Sector of Berlin, carrying her meagre possessions. 1951. © Erich Lessing | Magnum Photos

Bruno Barbey said: “Erich Lessing, a great figure in Photojournalism, focused his lens on every kind of event, great or small, since the second World War. His photographs of the Hungarian revolution were seen around the world. Less well known but just as remarkable are the photos he took in Poland in the 1950s. Erich studies power, whether religious or secular, and notes its effects both on those who exercise it and those who are subject to it. In parallel with his life as a photojournalist, Erich has devoted himself all his life to studying museum, churches, landscapes… ‘This type of photography is not art’ he says, ‘but it does throw light on art’.”

Elena Glinn, wife of late Magnum photographer Burt Glinn, recalled: “In 1981 Burt and I were returning from a major trip to Rome and Venice and got invited to visit the Lessings with their offspring at their summer house in Lucca, where other Austrians spent August making wine and beer and yodeling to each other across the valley. Meals were outside at a stone table with delicious food, homegrown wines. Erich insisted on taking us to Montecatini for the waters, well the coffee and the waters. All out of a Fellini movie but with Burt and Erich one of the funniest experiences of my life. The best memories of those days with the Lessings were driving in Erich’s darling sports car at top speed and listening to “My Fair Lady” at full volume, all of us singing. Suddenly, we turn into a church yard and Erich says we must see this silver Nanni del Banco altar piece, it’s practically a secret but he knows how to get into the church and has permission. What a masterpiece and a thrill to see it with Erich who has photographed the art masterpieces of Europe and much of the world for fifty years. His own collection focused on Jacques Callot, French 16th-17th century print maker. Later the Lessings would come to stay with us in New York; sometimes we’d have Hannah who was appearing in a European film. Such a sad day. I will have memories of our summer nights in Italy to cherish.