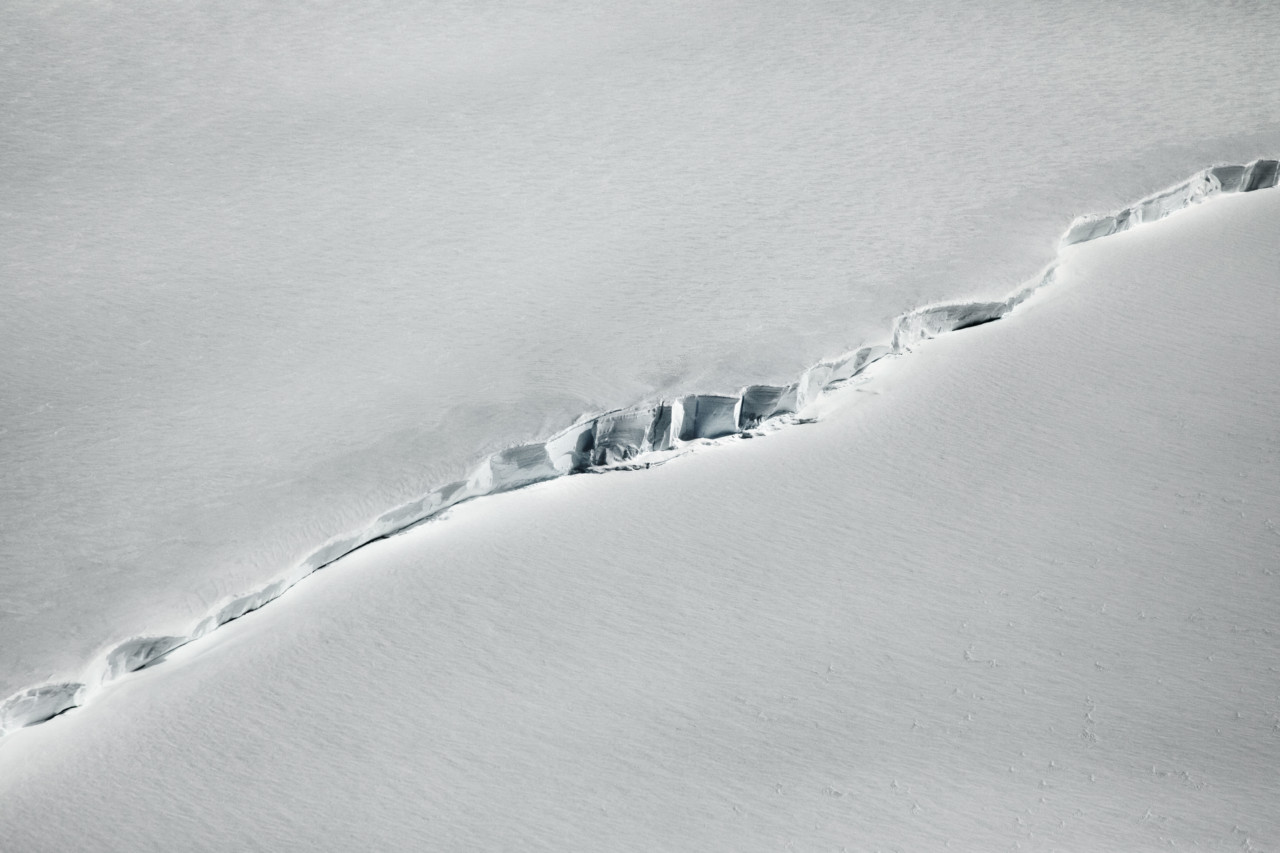 Finding beauty in destruction is part of the artistic tradition. It’s through beauty that questions of religion, war and death have been offered up for scrutiny. It forms a gateway of understanding, through which we might peer and contemplate the devastation.

For photographer Paolo Pellegrin, who joined NASA to document the changing Antarctic last November, it was this duality found in environmental damage that he wished to convey. “From up there, it’s ecstasy in front of the magnificent. I think I understood what the romantic notion of the sublime was: It’s not only the absolute beauty of these landscapes, it’s the sensation of finding yourself in front of a presence that speaks of eternity,” says Pellegrin. “I knew I was looking at something exceedingly beautiful – like a Sistine Chapel of nature – a beauty that is hard to grasp but which also contains something which is not well.” 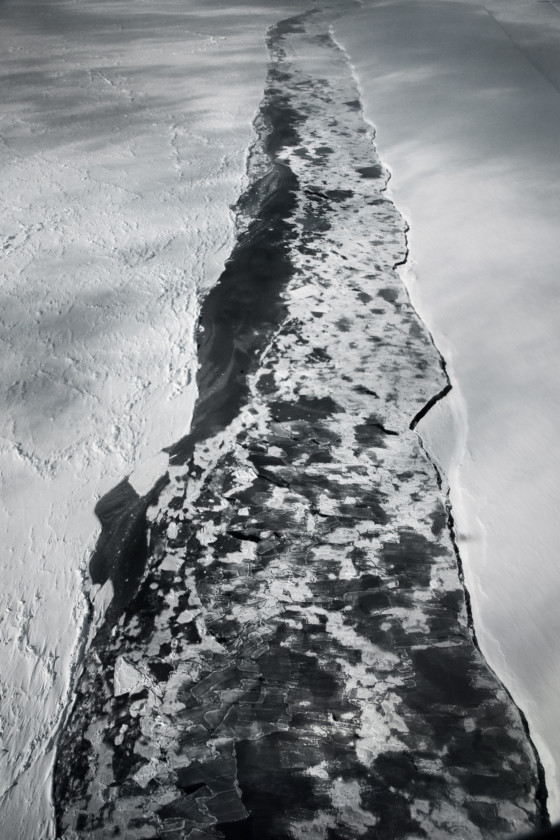 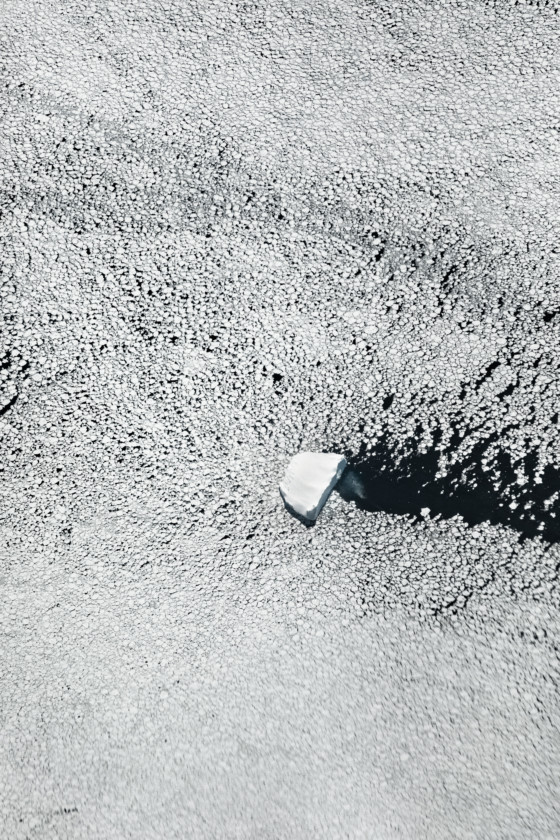 Just how unwell the Antarctic is, forms the focus of NASA’s annual IceBridge expedition. The operation, which began in 2009, is part of an 11-year campaign to yield an ‘unpresented’ three-dimensional view of Antarctic and Arctic. Air-borne instruments are used to gather data that allows scientists to better understand how climate change affects polar ice. Though satellites have long been employed by NASA to monitor this – notably the ICESat – IceBridge flights allow for a closer, more detailed study. The November trip produced the first close-up images of the huge Larsen C ice shelf, which broke away from the Antarctic peninsula last July and is now adrift in the Weddell Sea.

The data from the November mission is not yet available and when it is, it will take years if not decades to analyse. But according to a recent paper by NASA Goddard scientist Brooke Medley, the West Antarctic Ice Sheet is experiencing rapid warming and substantial ice mass loss, designating it as a “region vulnerable to change”. Meanwhile, western Queen Maud Land – a vast region of eastern Antarctica – is experiencing an “unprecedented” increase in snowfall and while this serves to offset sea level rise by some degree, it won’t halt it altogether. 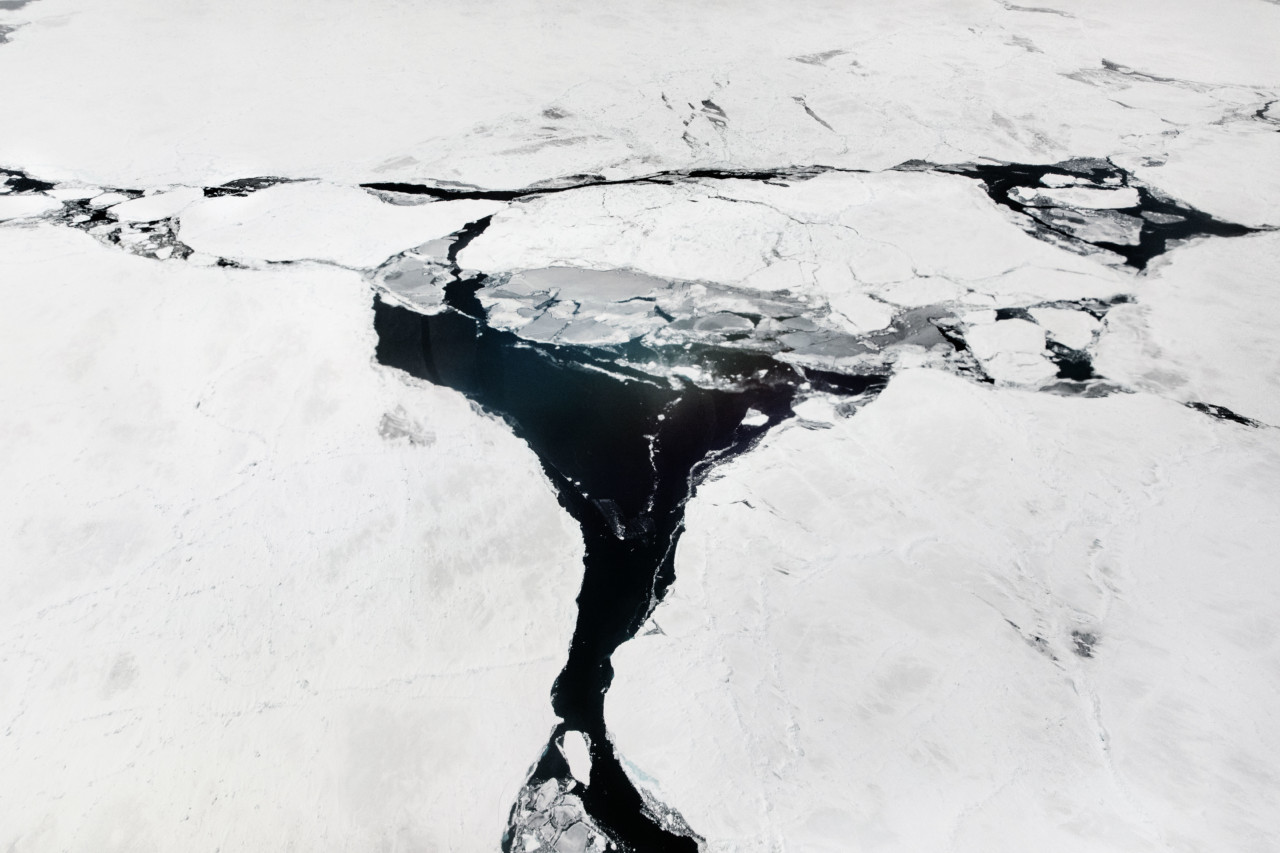 While this may be unfamiliar territory for Pellegrin, it wasn’t as alien as it may seem. He has spent much of his career covering historical events, many of which convey suffering and conflict in the Arab world. The Antarctic is simply another kind of battleground; in place of political strife and fighting, icebergs melt and sea-levels rise. “I have photographed conflicts for many years; things that man does to man. Yes there is tragedy but there is also a form of resilience, which can express itself in many ways; in an act of survival, courage, honour or love,” he says. “And you could say that the warming Arctic – on another order of magnitude and scale – is another conflict. Here, man isn’t present but climate change is a result of human activity and human ideas: Endless growth which has no limits.” 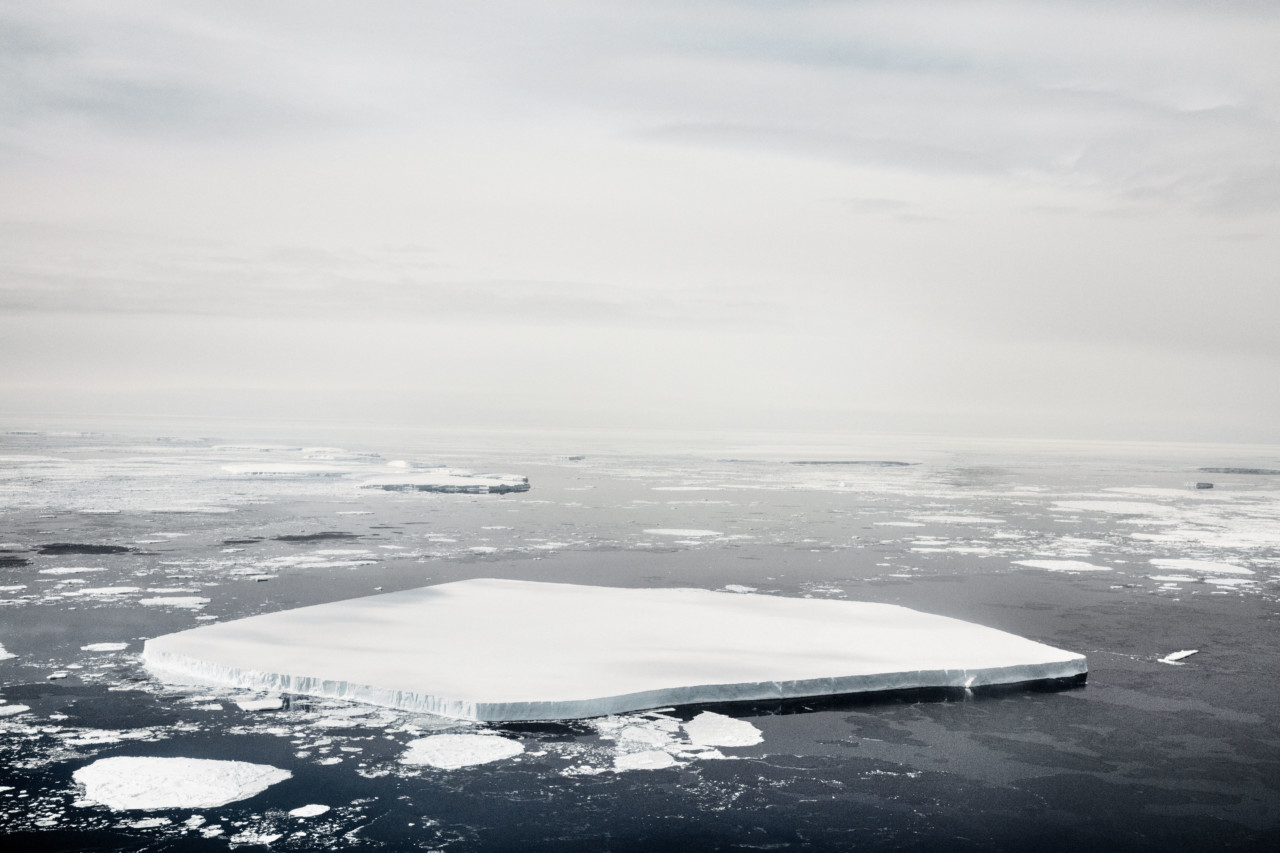 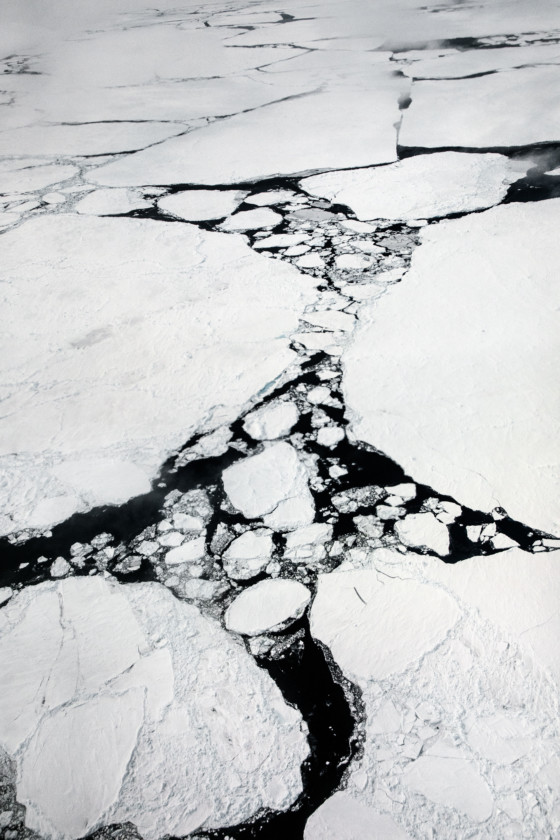 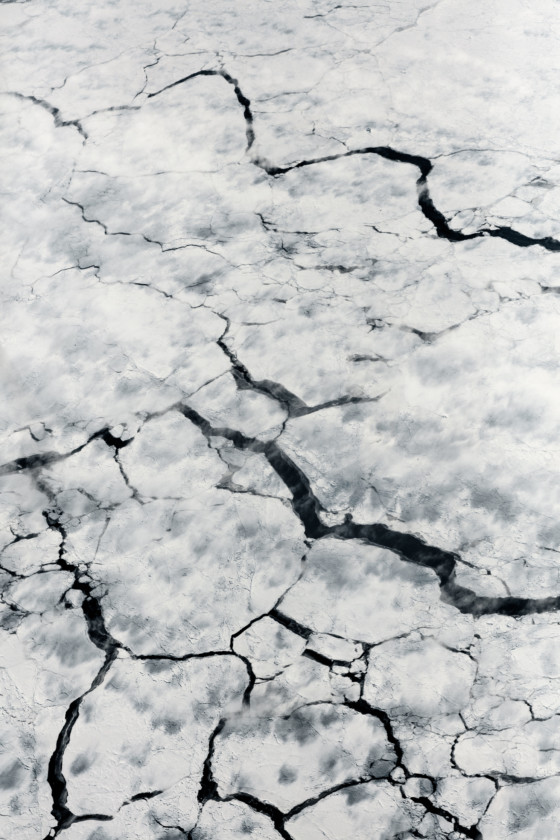 Documenting the seemingly infinite landscape proved to be Pellegrin’s biggest challenge. “One of the main problems I found was how to engage and render the idea of scale,” he says. “I made a formal decision in most cases to eliminate the horizon and instead look downwards to purposely omit the reference of scale and in a way challenge the viewer even more.” He hopes this approach challenges the viewer to ask: These are beautiful aerials but what does that mean? 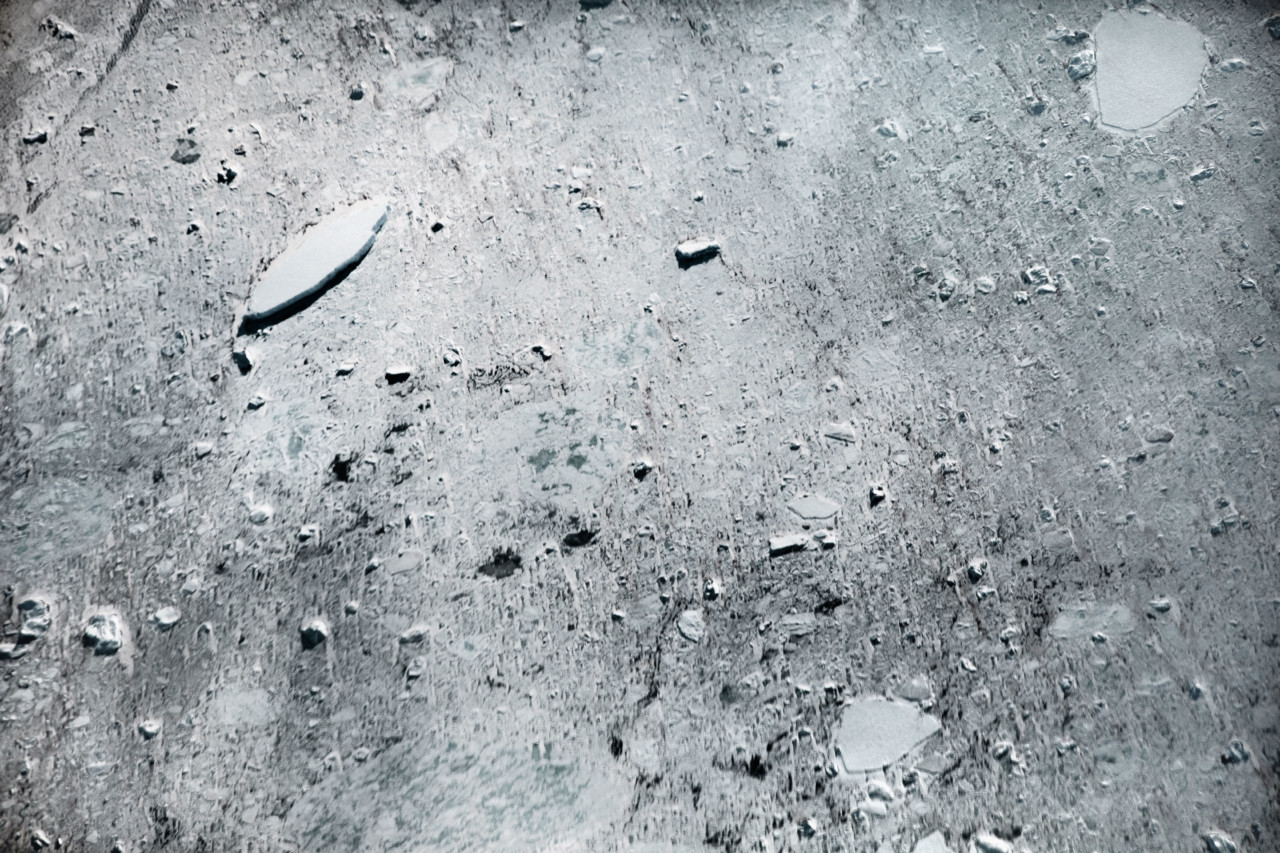 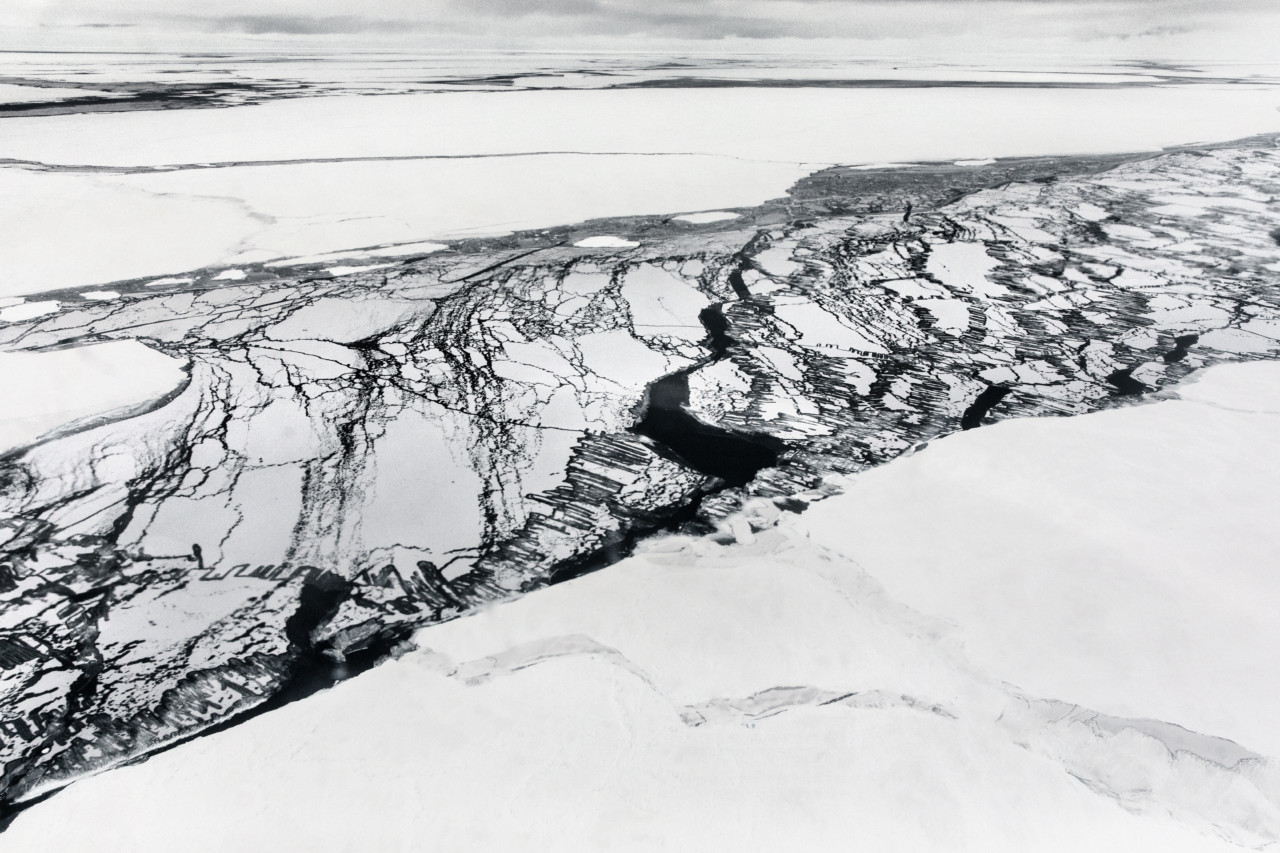 This deliberate confusion feeds into the idea that climate change is not a straightforward narrative. It blurs the lines between micro and macro and confronts the idea of time-scale. As Pellegrin notes, one of the reasons for climate change denial is because the changes are gradual, sometimes imperceptible in the short-term. “Because this phenomenon happens over the course of decades, maybe centuries, it is hard for photography to represent it,” he adds.

This method produced a set of images that are both graphic and spectral and also offer an illusion of an unknowable, untouchable force. But beyond the abstract, the photos also convey specifics; a calved iceberg flowing through frozen seawater known as pancake ice, a crevasse measuring a few thousand feet or a 100-ft.-tall iceberg floating in the open sea. This project is therefore as much a document of proof as it is a visual wonder. 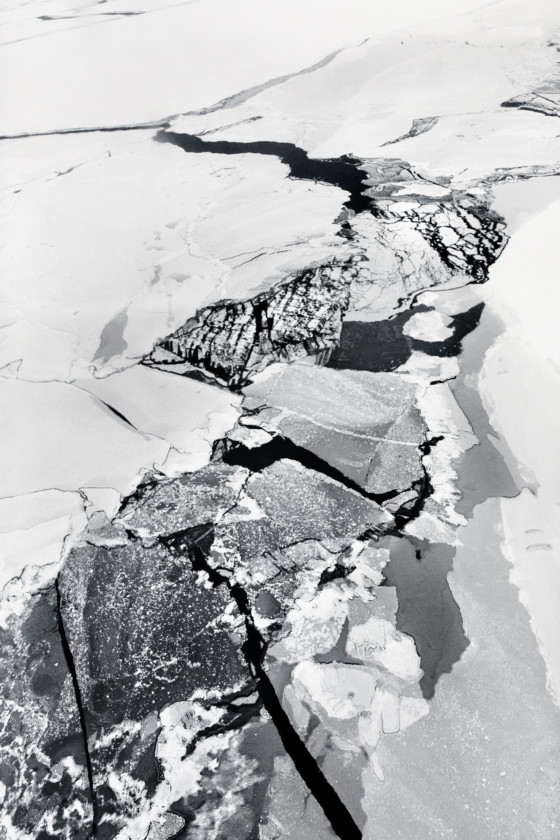 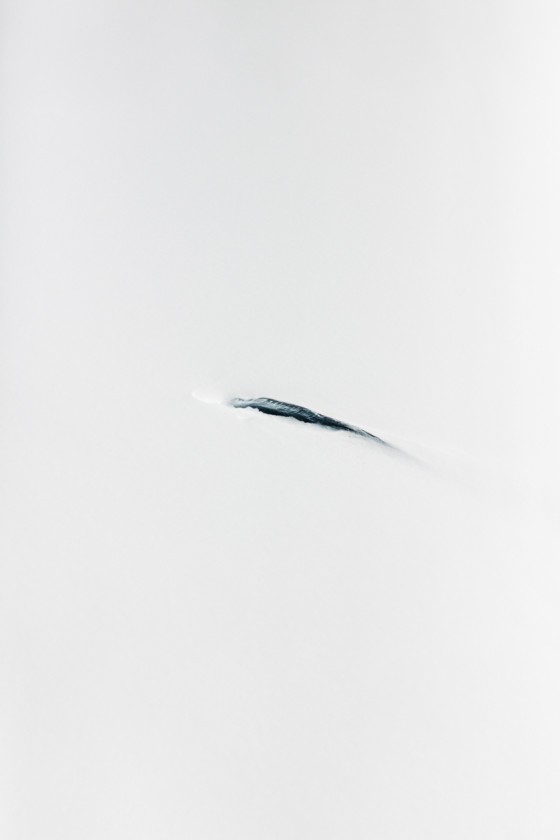 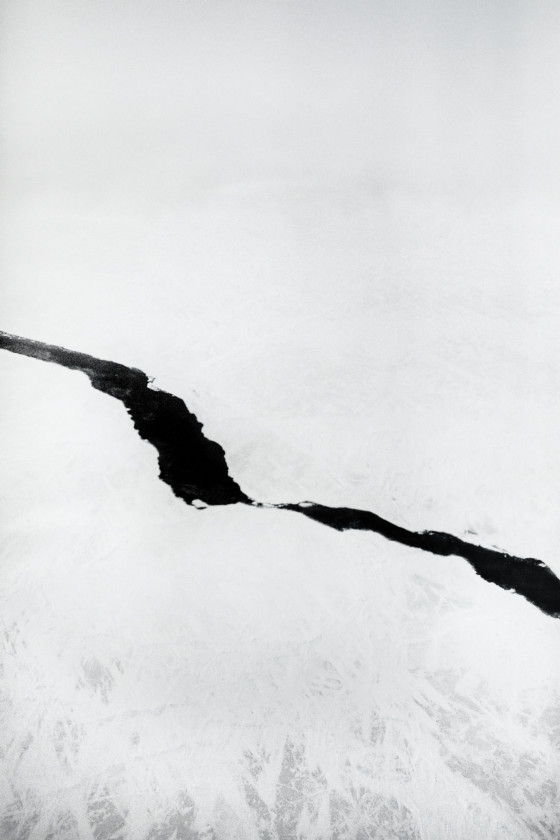 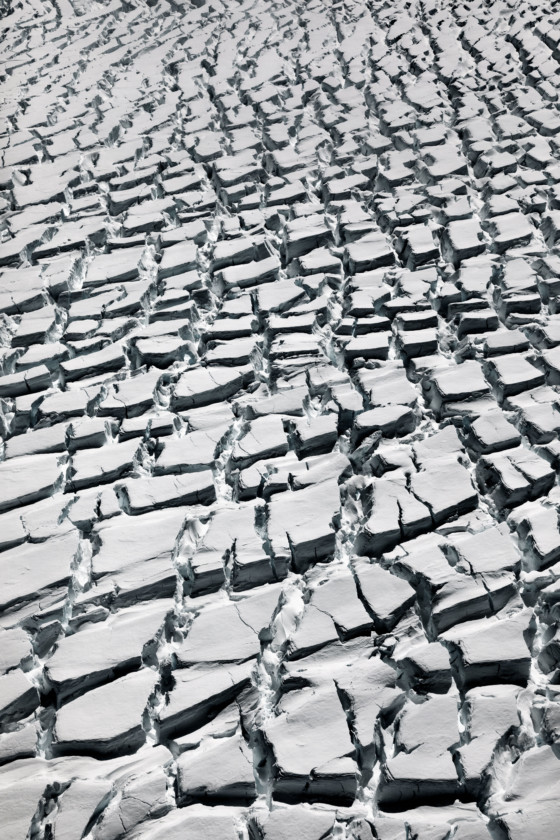 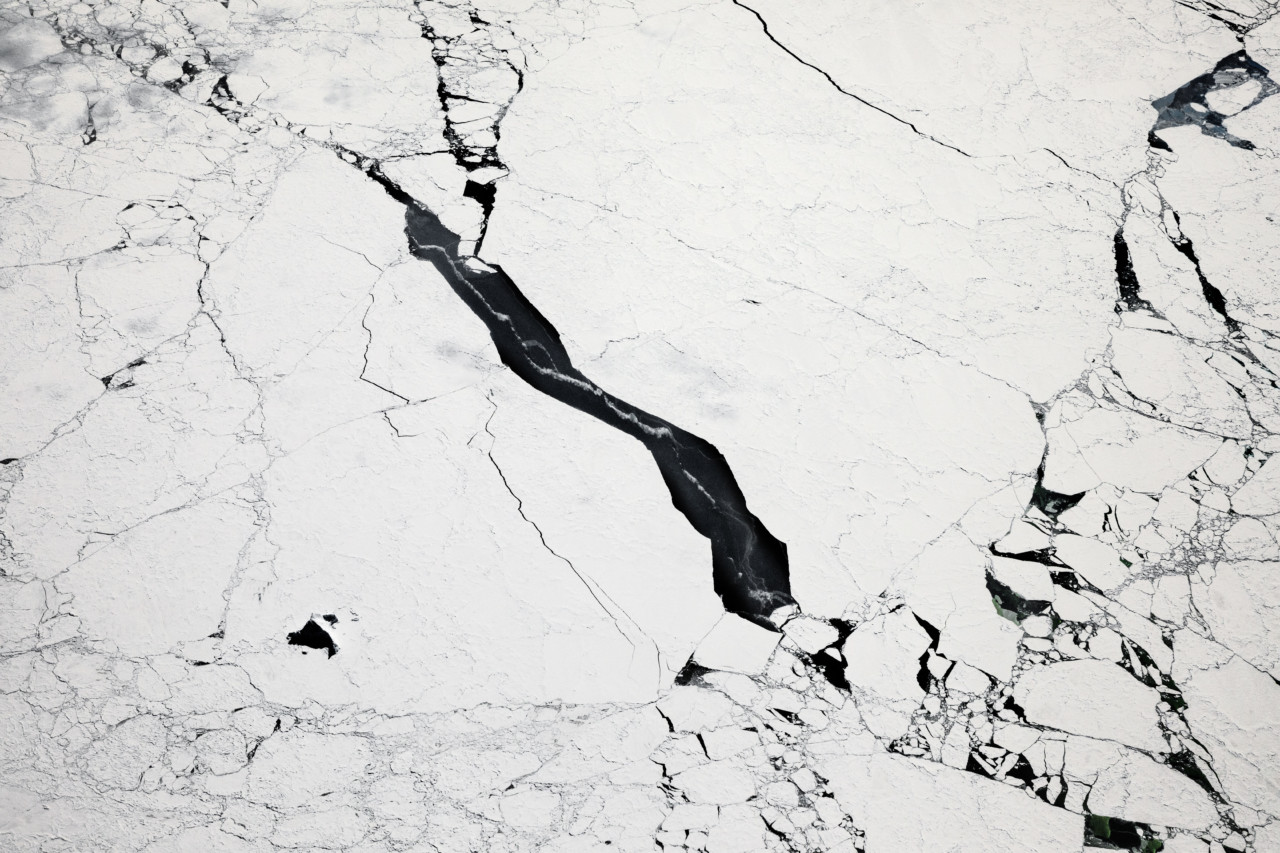