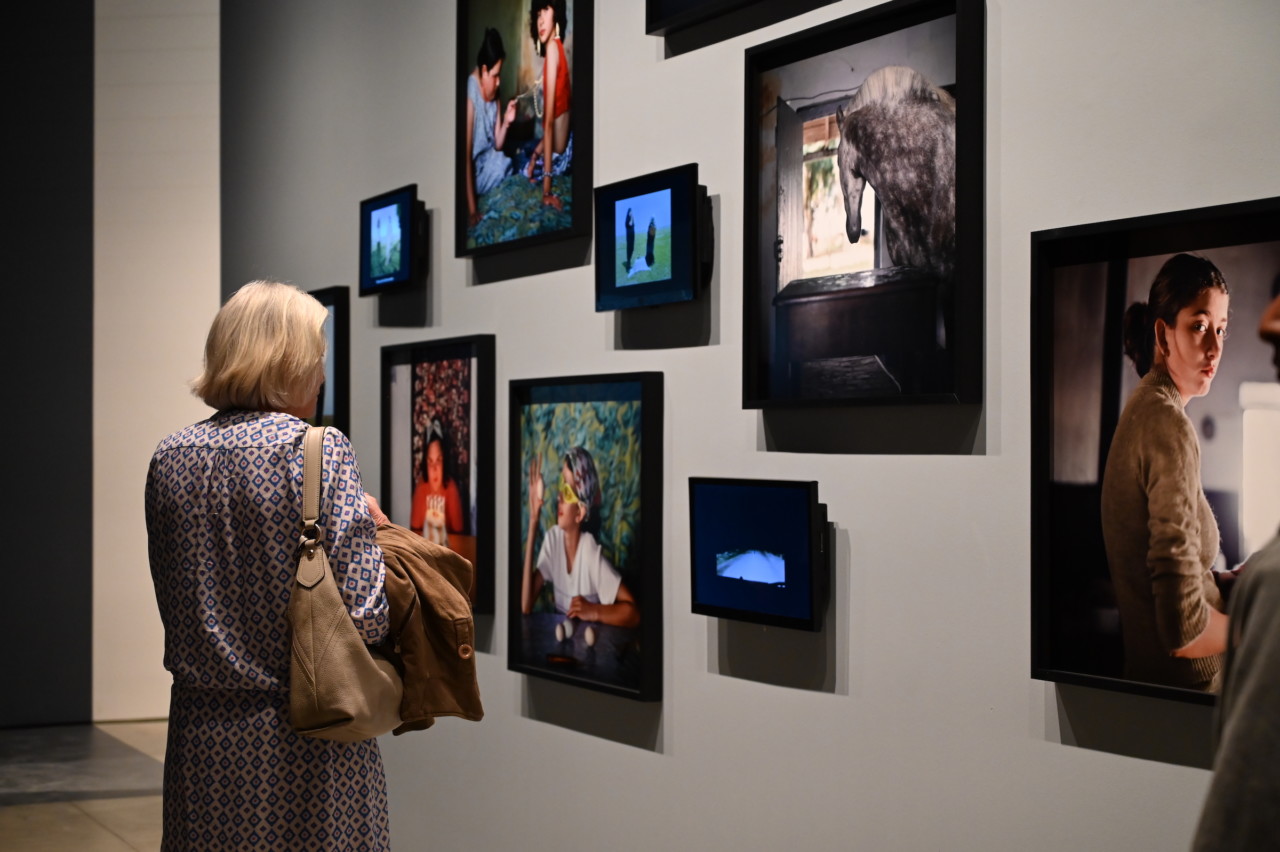 Last week saw the opening of Close Enough, a major new group exhibition devoted to ‘New Perspectives from 12 Women of Magnum’ at the International Center of Photography in New York City.

The show, curated by Charlotte Cotton, revolves around a dozen contemporary “pivotal projects,” exploring the common ground between the photographers and their shared concerns about their relationship to the people they photograph, and the imperative to find ways to collaborate with them.

Below, we share the stories and context behind two of the 150 or so works in the exhibition, which are also included in Magnum’s upcoming Square Print Sale, which runs October 17–23. “The day I made this photograph, Belinda was gathering eggs and holding each one up for the sun to shine through them. That way she could tell if they were fertilized or not,” says Alessandra Sanguinetti, recalling the circumstances behind The Explorer, the picture above, made in Buenos Aires more than 20 years ago.

The candid portrait is included in her installation at ICP, and it is also included in Magnum’s upcoming Square Print Sale, which runs October 17–23.

The picture forms part of a long-running collaboration between the photographer and two cousins, charting their journey growing up on a farm in Argentina, “evoking the fantasies and fears that accompany the physical and psychological transition from childhood to adulthood.” Begun in the late 1990s, when the cousins were aged nine and ten, the work would become a much acclaimed book a decade later, titled, The Adventures of Belinda and Guille and the Meaning of their Enigmatic Dreams.

“Once she chose the good ones, she placed them on the kitchen table and pretended to be an egg doctor while her cousin stood behind her holding up a bedspread,” says the photographer, adding: “Twenty years later, Belinda now lives on a farm with her husband and two children; she raises hens and now it’s her daughter Valentina who inspects the eggs.” Young dancer Freya shows some of her moves in her bedroom. Hull, England, 2017 © Olivia Arthur/Magnum Photos.

Young dancer Freya shows some of her moves in her bedroom. Hull, England, 2017.

Olivia Arthur’s photograph of Freya Hough, above, was captured as part of a commission for Hull UK City of Culture. She began the open brief by shooting young people in their homes in the town in northern England, to “see where that took me.”

Arthur opted for an “old fashioned plate camera”, and shot in monochrome — a traditional, and formal approach that became a key tool in building a rapport with her subjects, following similar projects she’d worked on in the preceding year, following the Brexit vote, photographing communities in Brighton and Clerkenwell. “They are intrigued because they have never seen anything like it and it adds a sort of formality to the shoot that I think they find flattering,” she explains. “I think they feel that I am taking them seriously and in return they take the shoot seriously.

Visiting Hull frequently and building up relationships with the young people she photographed meant that she was able to take their portraits in their domestic spaces or recreational areas where they spend most of their time; places where subjects are more relaxed and open to revealing more of their personalities and characters. The work was shown at Humber Street Gallery in Hull as part of the City of Culture celebrations in 2017, alongside a commission shot by Magnum colleague, Martin Parr, who focused on local food.

More recently, Arthur chose to include the photograph of Hough in her installation at ICP’s Close Enough exhibition, comprising images from different series that, together, “bring human intimacy and bodily presences into close view.”

And, like Sanguinetti’s photograph, The Explorer, it will soon be available as a signed 6×6” print in the Square Print Sale.

The full collection of 122 images will be revealed on October 17, when the prints will available only for the duration of the one-week sale, never to be reprinted in the same size or format again.

For the first time in the Square Print Sale’s history, all the images will be on public preview at a pop-up exhibition at The Photographers’ Gallery, showing from October 14 — a few days before the sale beings — to October 23. And, in celebration of the upcoming partnership, we are giving away five Magnum Square Prints for free. Just enter your email here for the chance to win a print of your choice from the sale. You will also be the first to know about the sale, as well as any exclusive discounts and offers from the Magnum Shop.

Icons of the Square Print Sale 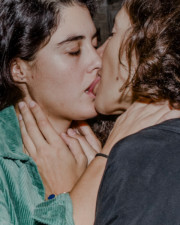