Alex Webb and Rebecca Norris Webb discuss their latest photobook, Waves, published in May this year by Radius Books

In March 2020, as Covid-19 infections soared across the US, Magnum photographer Alex Webb and his partner Rebecca Norris Webb left their base in Brooklyn for Cape Cod on the Atlantic coast. The two remained isolated in the small town of Wellfleet at Webb’s family home, where he had spent many of his childhood summers, hunkering down for 14 months surrounded by the sea on the narrow peninsula.

Accustomed to a life of constant traveling, but now marooned, their attempt to grasp this unprecedented period of isolation resulted in Waves — a pandemic logbook in words and images, published recently by Radius Books.

Over a year later, and now out of isolation, the couple have returned to their busy lives, based in New York City, but traveling regularly for projects, exhibitions and talks around the world. During a recent trip to Paris, they gave a talk at the Magnum Gallery, where Webb has a retrospective, The Suffering of Light. The pair revealed the process behind creating Waves, the inspiration and motivation behind the project, and how their two distinctive visions and voices entered into dialogue with each other.

Wandering the beaches of Wellfleet, Webb began making pictures of the soft, liminal landscapes, following the subtle movements of time and tide, wind and water — a contrast to the vibrant urban worlds he most often photographs. Meanwhile, Norris Webb, poet and photographer, made pictures of the waves of light through the many windows of their mid-century modern house and started writing, inspired by an old Hogarth edition of Virginia Woolf’s The Waves that she found amongst the thousands of books in her parents-in-law’s library. 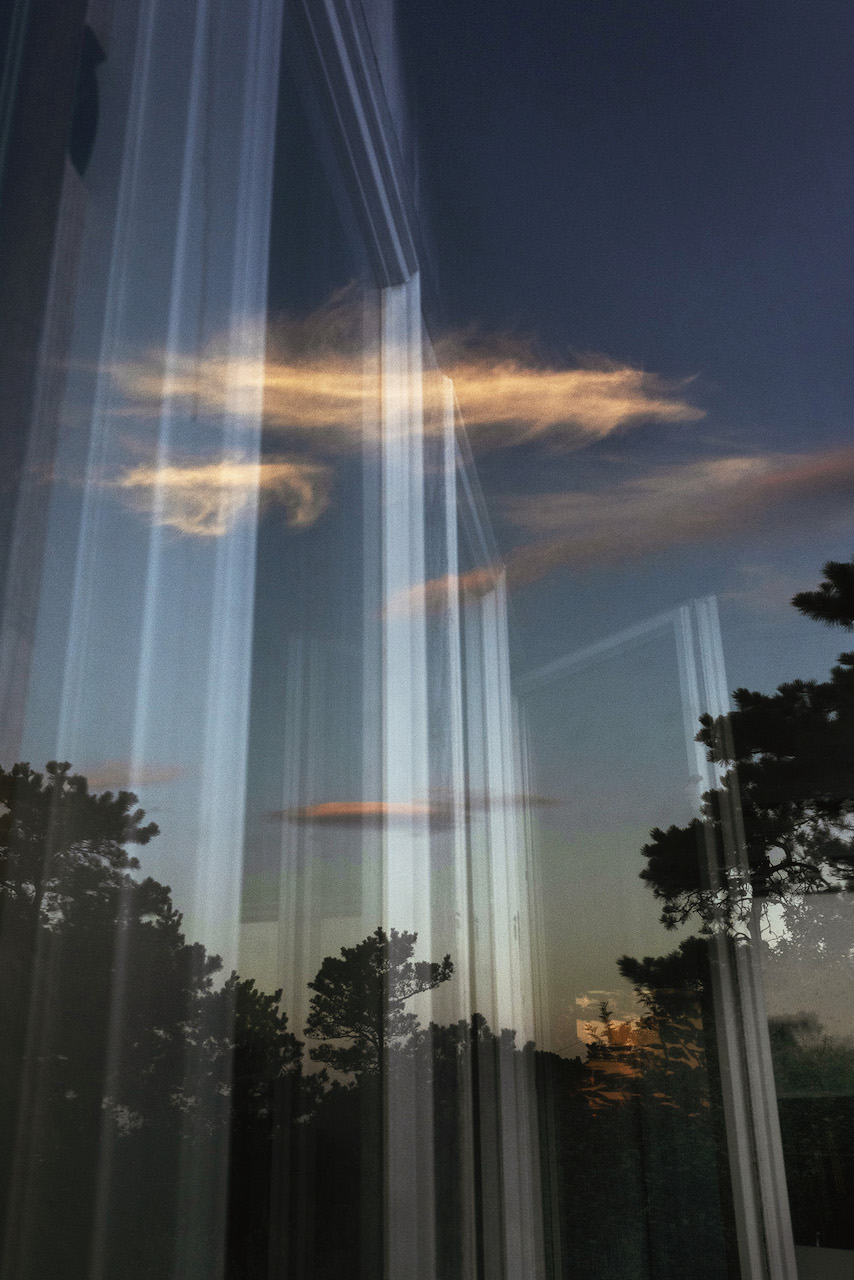 As days turned into weeks, and weeks into months, the two kept making photographs of the changing tides and seasons of their sequestered surroundings. “Looking at the images we started to realize that an interesting creative dialogue was beginning to emerge between our inside/outside photographs — as well as with Rebecca’s lyrical texts,” Webb explains.

“During this emotionally unsettling time, metaphorically it was as if photography became our ship, and the light our anchor,” Norris Webb adds. “In our isolation on Cape Cod, time was measured not by the clock, but by the tidal charts, shifting weathers, and close attention to the moment.” Gradually, the Waves project became a visual and lyrical account of the time that the two spent in isolation — documenting the ever-shifting lights and weather of spring, summer, autumn and winter through their lenses.

"I found myself working in a much more meditative fashion, photographing more slowly."

Immersed in their isolation, between the tip and elbow of Cape Cod, both found that their approach to creative work had to adapt to their surroundings. Webb, who admits being often drawn to places of intense light and vibrant color, notes that his approach to photography shifted in the making of Waves.

“I’m accustomed to the hectic urban world of man-made structures,” he explains. “The beaches of Wellfleet are wide open spaces of deep calm, with vast expanses of uninterrupted sand and water. I found myself working in a much more meditative fashion, photographing more slowly, and ended up using a medium format panoramic camera, often on a tripod.”

For Norris Webb, the unprecedented period of isolation also affected her usual approach to writing: “During the pandemic I found that I had trouble concentrating, like many writers during this unsettling time. This disjointed frame of mind — akin to Virginia Woolf’s ‘stream-of-consciousness’ style of writing that she used in her novels — led to my writing in fragments, two to three lines long. More than any other writing of mine, I was pulled along by the rhythm of the words.”

“Ultimately, I hope that my words have ‘kept the sound of the sea,’ the same hope that Virginia Woolf shared in her journal after finishing The Waves.” 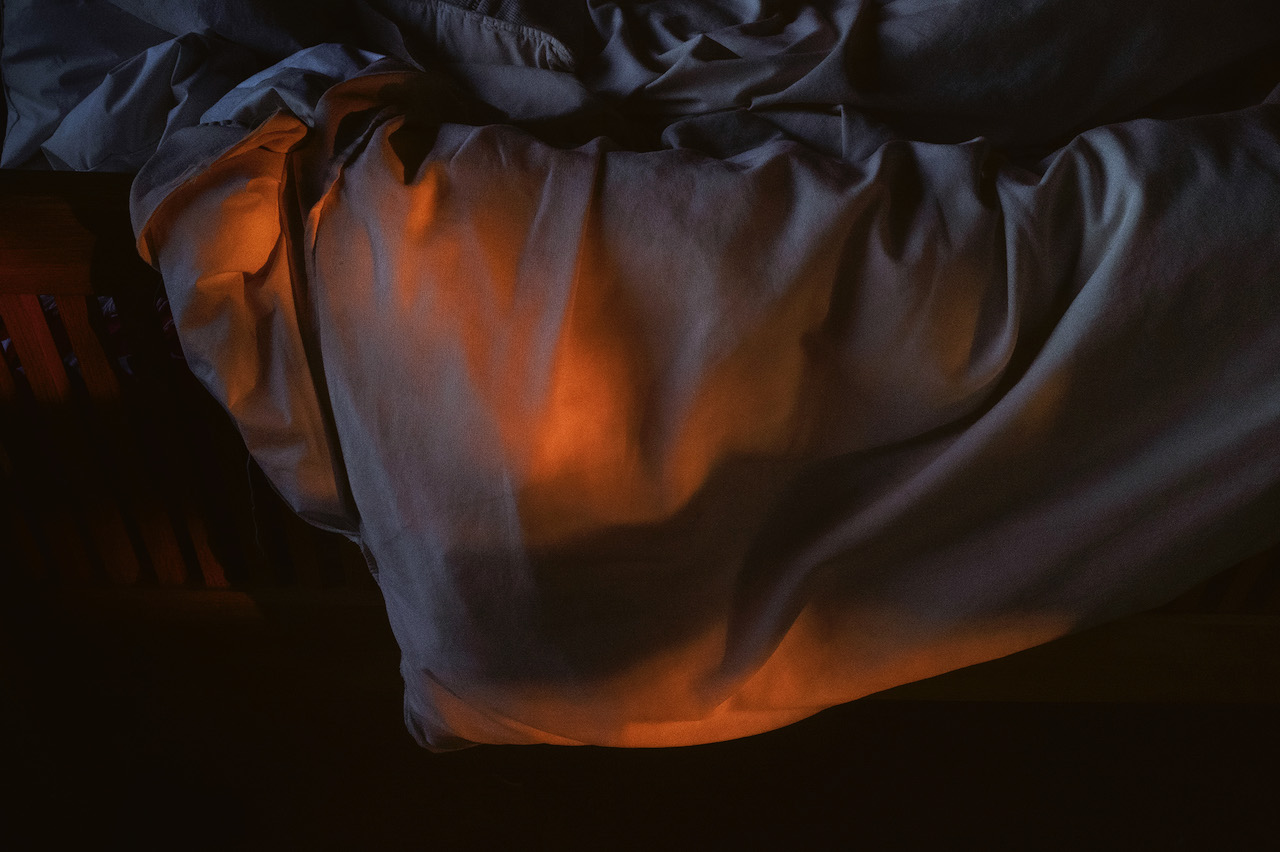 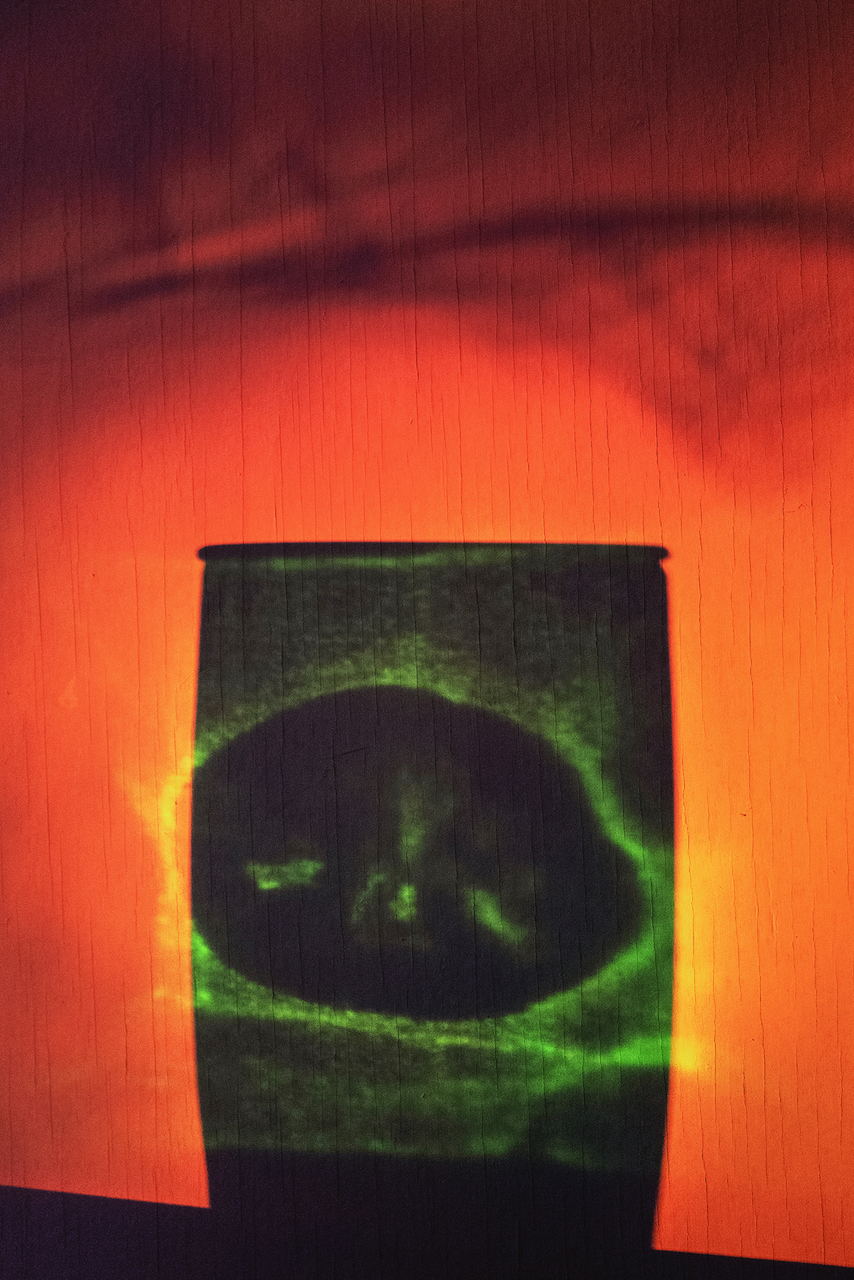 Waves is the sixth book that the two have created together, following Brooklyn: The City Within, published by Aperture in 2019. But how do two individuals, with two distinct visions when it comes to photography, merge? During their public talk in Paris this June, Webb admitted that it took many years for the two to start collaborating. And now, when they do, it’s in the editing process that they come together. The two always photograph independently when in the field.

“It’s a somewhat mysterious process”, he confesses. “It’s highly intuitive. We simply start looking at work prints, seeing how they visually talk to one another. Slowly – often as we pair images – a structure starts to emerge.” Leaving their work up on the magnetic walls of their studio for months, he goes on to describe how the sequence of a book will slowly start to appear.

For Waves, Norris Webb adds, the sequence of the book also drew on inspiration from the structure of Woolf’s poetic novel, in particular the lyrical passages about the sea that flow around the chapters. “Echoing Woolf’s interludes, Alex’s panoramic seascapes create our book’s tempo, the undulating rhythm of the waves.”

In total, it’s the ninth book – both individual and collaborative – that they have sequenced on the Cape. Yet being immersed in the isolated world together, Webb describes it as their most harmonious collaboration to date. To this, Norris Webb elaborates: “With Waves, we were also inhabiting the same emotional landscape – like all of us during those unsettling days before the vaccine, when we were isolated from family and friends, some who were battling the coronavirus.” 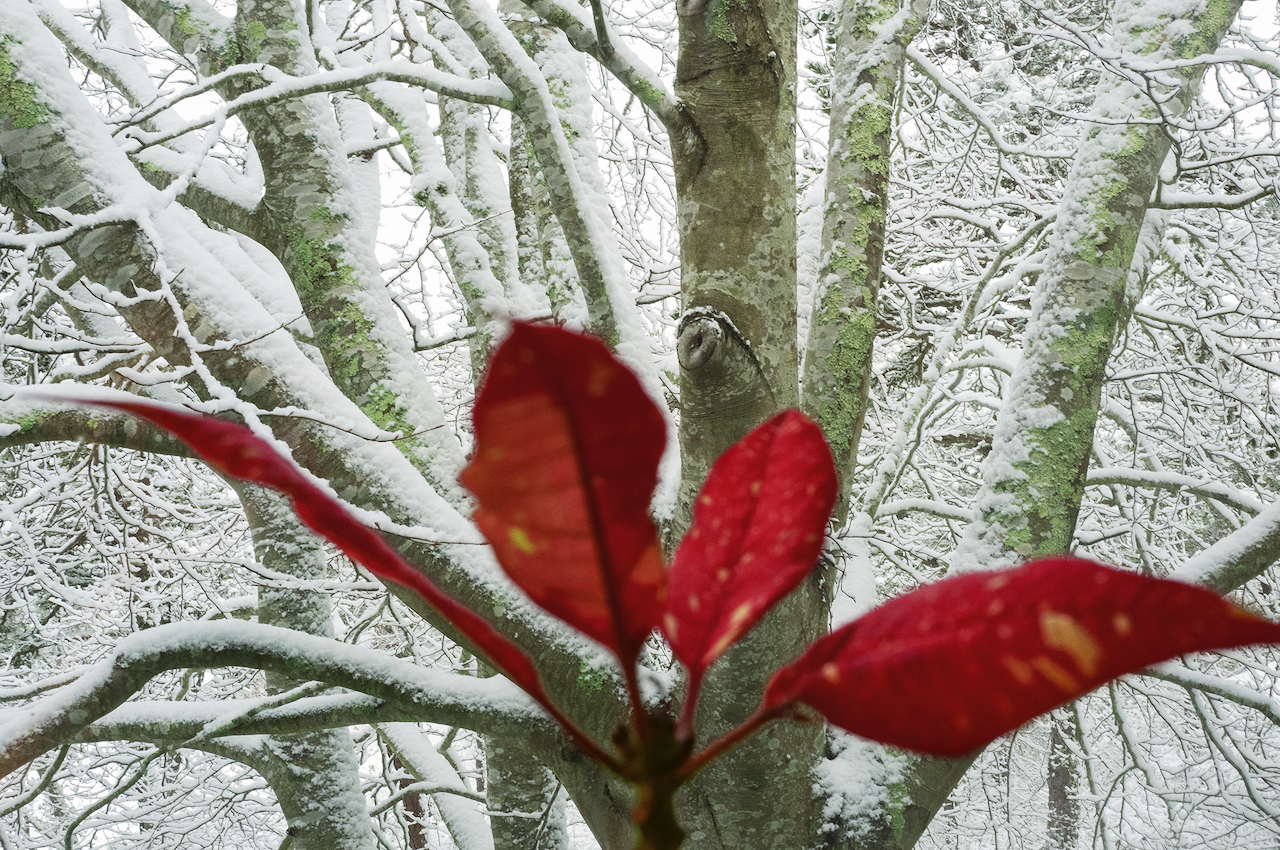 And when it comes to the book itself, the emotions, the intimacy of their personal experiences are contained within the ultrathick, hardback binding. As soon as you open it up, Webb’s panoramics seem to release the vastness of the sea, immediately immersing you in Cape Cod’s landscapes. The lines of both sea and horizon glide across each double spread so that you can almost feel the rhythmic lapping of the waves and smell the ocean, and are punctuated by Norris Webb’s photographs of the interior looking out, reminding us all of that sense of confinement. 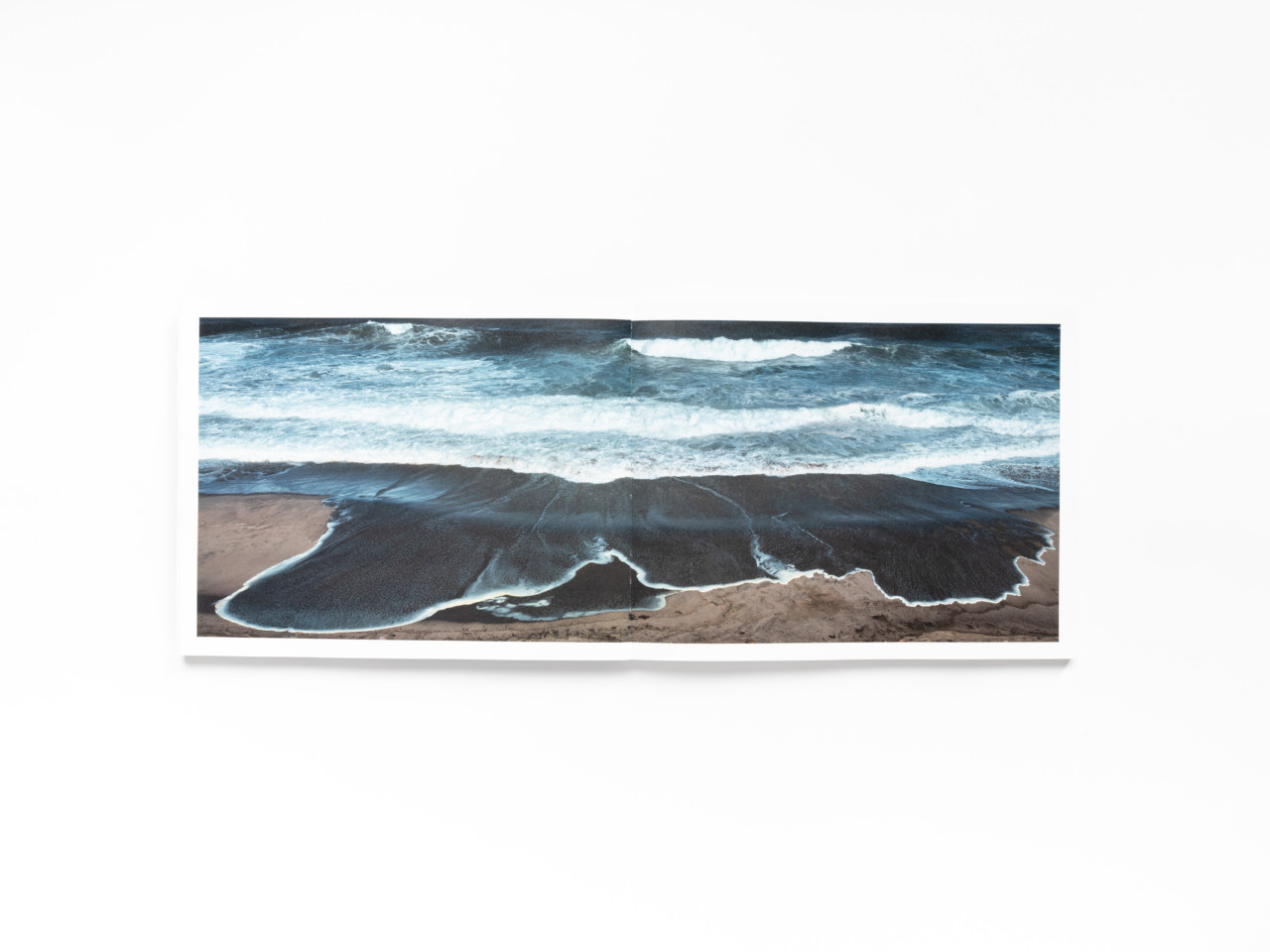 And as for the lines of poetry, they are written in Norris Webb’s own handwriting and printed to resemble the penciled etchings of a journal. It almost seems as though she has quickly jotted them down in that very book, just as each thought arises. 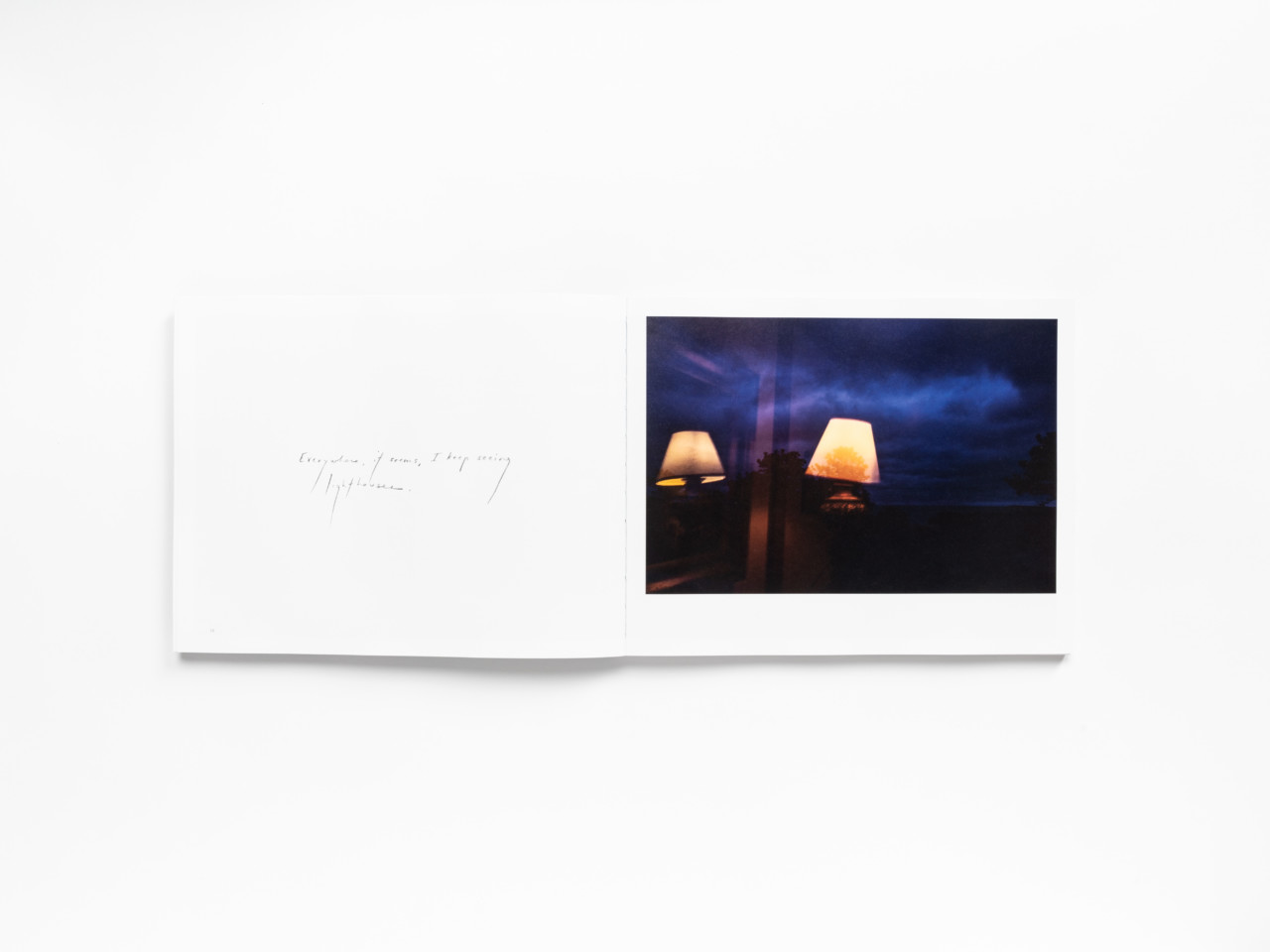 Was the Waves project their way of processing what was going on, and the unprecedented period of isolation? To their great surprise, their motivation for the project left them as soon as they had received their second Covid vaccination. “Neither of us managed to take another image for the book after those vaccinations,” Webb admits. “Clearly both of us felt a kind of urgency in the creation of this project that was related to our anxieties about the coronavirus.”

And a year later, Norris Webb continues to reflect on the experience and what it has left us. “I think many of us are still trying to grasp how the pandemic — and its accompanying isolation — have changed us, both as artists and as human beings. How do we re-enter this altered world of ours? I hope that the stillness evoked by Waves will help provide the creative space necessary to address these essential questions”.

Signed copies of Waves are now available to purchase on the Magnum Shop here.

The Luminaire, the luxury travel company offering which specializes in enriching experiences for curious minds, has partnered with Magnum’s photographers to offer photography enthusiasts, amateur or accomplished, the opportunity to travel with, and learn from, some of the world’s leading image-makers.

Join Alex Webb and Rebecca Norris Webb in Cape Cod as they explore the wild, expansive landscapes, along with a rare invitation to their home and studio to learn more about the artistic process behind projects.

Head to https://theluminaire.com/itinerary-capecod to discover more.