Between 1972–75, Susan Meiselas followed carnival strippers who performed in country fairs across the northeast of the USA. Her meticulous documentation of their working lives explored themes of intimacy, vulnerability, nomadism, gender politics and sexuality. The third edition of the resulting book, published by Steidl and recently named in The New Yorks Times‘ list of best photobooks of 2022, comes with an accompanying volume. Carnival Strippers Revisited features never-before-seen color photographs, contact sheets, handwritten field notes, transcriptions of audio recordings, and more.

A 8 x 10 in limited edition print from the project is also available.

Earlier this year Meiselas was awarded the Dr Erich Salomon Prize of the German Photographic Society.

Below we share an extract from an essay in the new Steidl third edition by art historian, critic, and curator Abigail Soloman-Godeau, titled Reading Carnival Strippers in 2021. 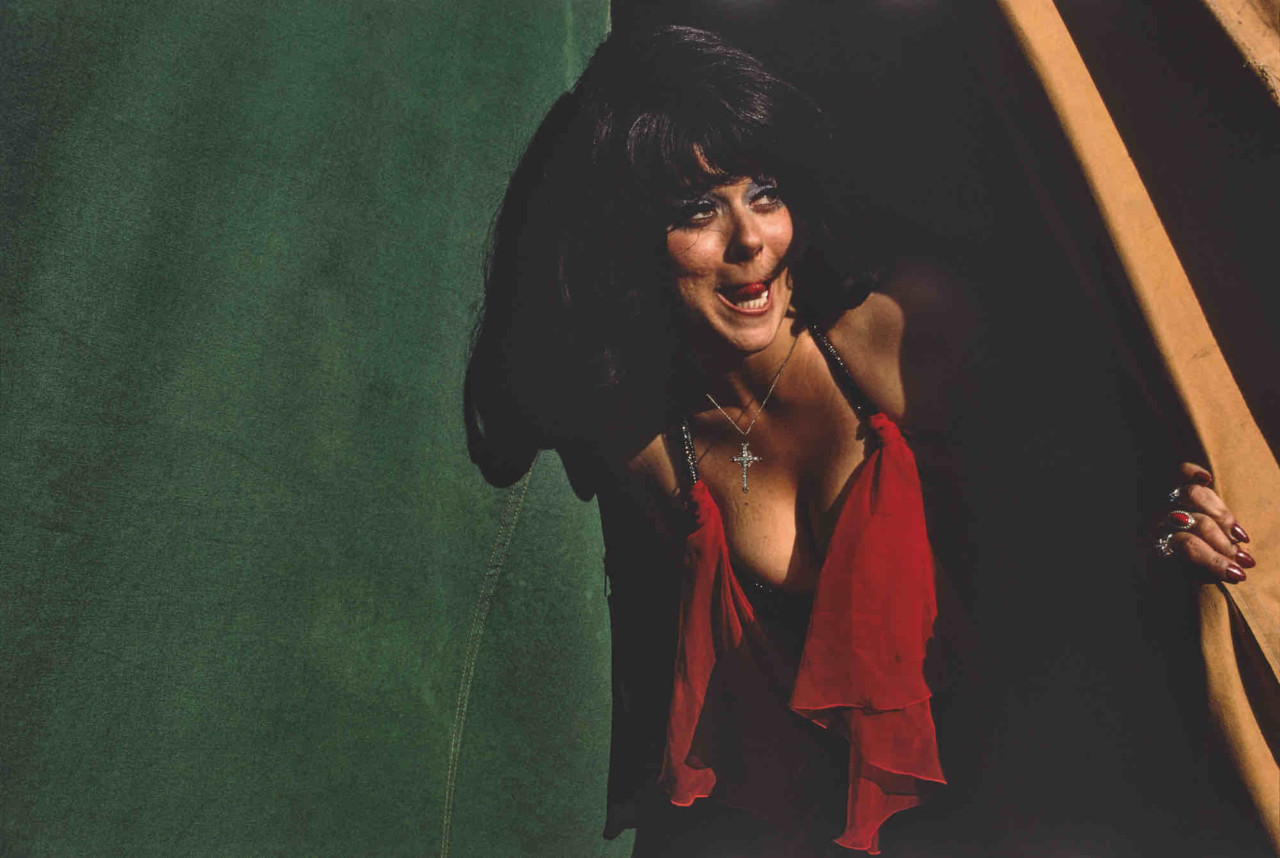 Indeed, interviews given by celebrity performers speak of small-town or impoverished histories similar to those of Meiselas’s subjects. But the tawdry trappings of Meiselas’s girl shows — even then, and for many reasons, in the process of decline — were as far from the extravagant performances of a Gypsy Rose Lee as they were from the moon.

By virtue of the date of its production, its material fabrication — black-and-white analog photography, a hand-held Leica — and its depiction of a now-vanished milieu, Carnival Strippers has become a historical document. This means that its diverse components, including photographs, sound recordings, written transcriptions, and correspondence between Meiselas and her subjects, have come together (and now more or less live together) as a particular archive.

As an archive — and as Meiselas emphasized in the eponymous title of her 2008 exhibition and catalog — the photographer and her subjects are inescapably embedded In History. (1) These narratives are as much produced by the individuals represented through their own testimony as by the formal operations of the visual documentation itself.

“The photos,” Meiselas writes in another context, “are immediate encounters that last only a moment. Later, these face-to-face encounters can serve as the basis for more elaborate narratives that go beyond the story of a person to that of a culture or a country.”(2) These “more elaborate narratives” are therefore threefold. Emanating from the individual or the event, there are the contents of her archival documentation; second, there are her supplemental materials generated by sound recordings and interviews, and third, her follow-up activities, whether of individuals or events that recontextualize what she has previously documented. (This is especially evident in her Reframing History project, for which she returned to the scene of the photographs she first made in the 1978 Sandinista revolution that then became her landmark book Nicaragua.) (3)

From a general perspective, this embeddedness in history is obviously the condition of photography in general. This is only to say that all extant photographs may be situated within a spectrum somewhere between the microcosmic—the material remains of individual lives, the existing traces of their lifeworld—and the macrocosmic—the time, place, culture, and all the other impersonal circumstances and determinations that have formed and shaped the individual subject and her or his lived circumstances. In effect, all photographs are a kind of time capsule whose significance may be teased out or lost altogether, but whose reading (or misreading) is inevitably filtered through contemporary eyes.

Most photographers, then or now, amass archives of one sort or another. Typically, and often posthumously, these concern the work and/ or life of the photographer herself. But Meiselas’s archival approach, from its inception in Carnival Strippers on, has expanded in breadth and depth, incorporating what is absent from photography as such, namely, the context that helps explain the situation that is the subject of representation.

By the time she inaugurated the projects that became Encounters with the Dani and the ongoing undertaking Kurdistan: In the Shadow of History, she dispensed with most of her own photographs other than those joined with other photographers accompanying the latter book’s timeline.(4) After 2003, her own photographs were employed as counterpoints to those of others such as in Cova de Moura (2004) and A Room of Their Own, a series devoted to battered women and their shelter.(5)

It is not the easiest thing to distinguish between what are called photographic documentary practices and those considered to fall under the category of photo reportage. But generally speaking, the former category is more flexible, enabling ever more complex, more expansive, innovative, and hybridized forms. While the latter category presumes a paid (or salaried) labor, often generated by others and a priori destined for print or other media, Carnival Strippers as an independent project, and given some of its more fraught subject matter, had its own particular history.

It was first exhibited in a small museum in Brockton, Massachusetts, in 1974 and again in 1975 with live sound at the artists’ space CEPA in Buffalo, New York. Its permanent book form only appeared in 1976 in American and French editions. From this early work, Meiselas’s projects have evolved increasingly towards a transactional and participative mode that has developed into an archivally, and often collectively conceived form of representation. "Meiselas’s projects have evolved increasingly towards a transactional and participative mode." 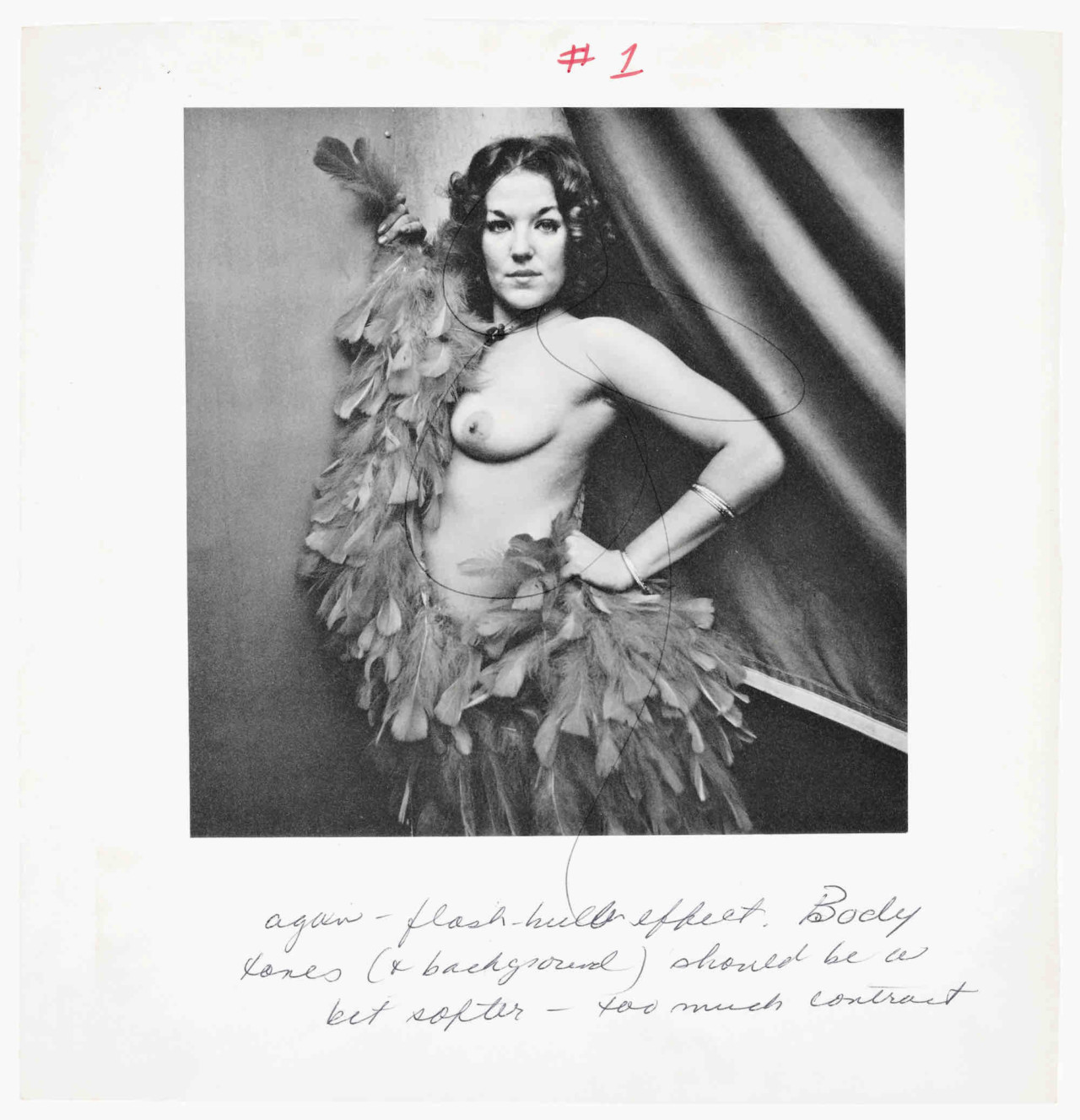 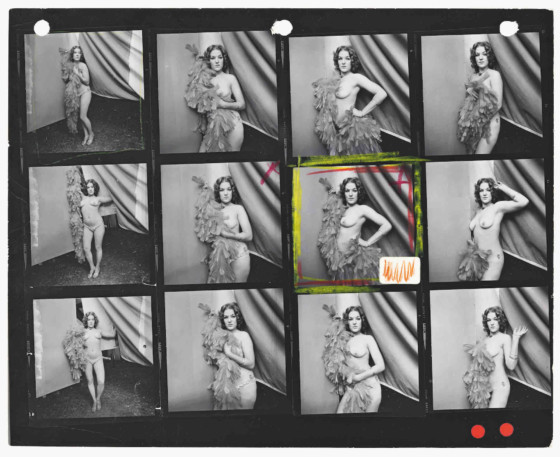 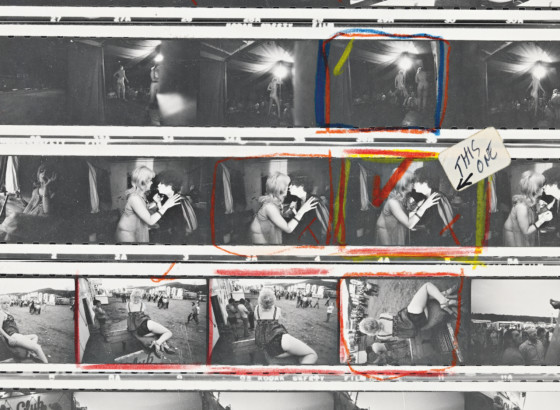 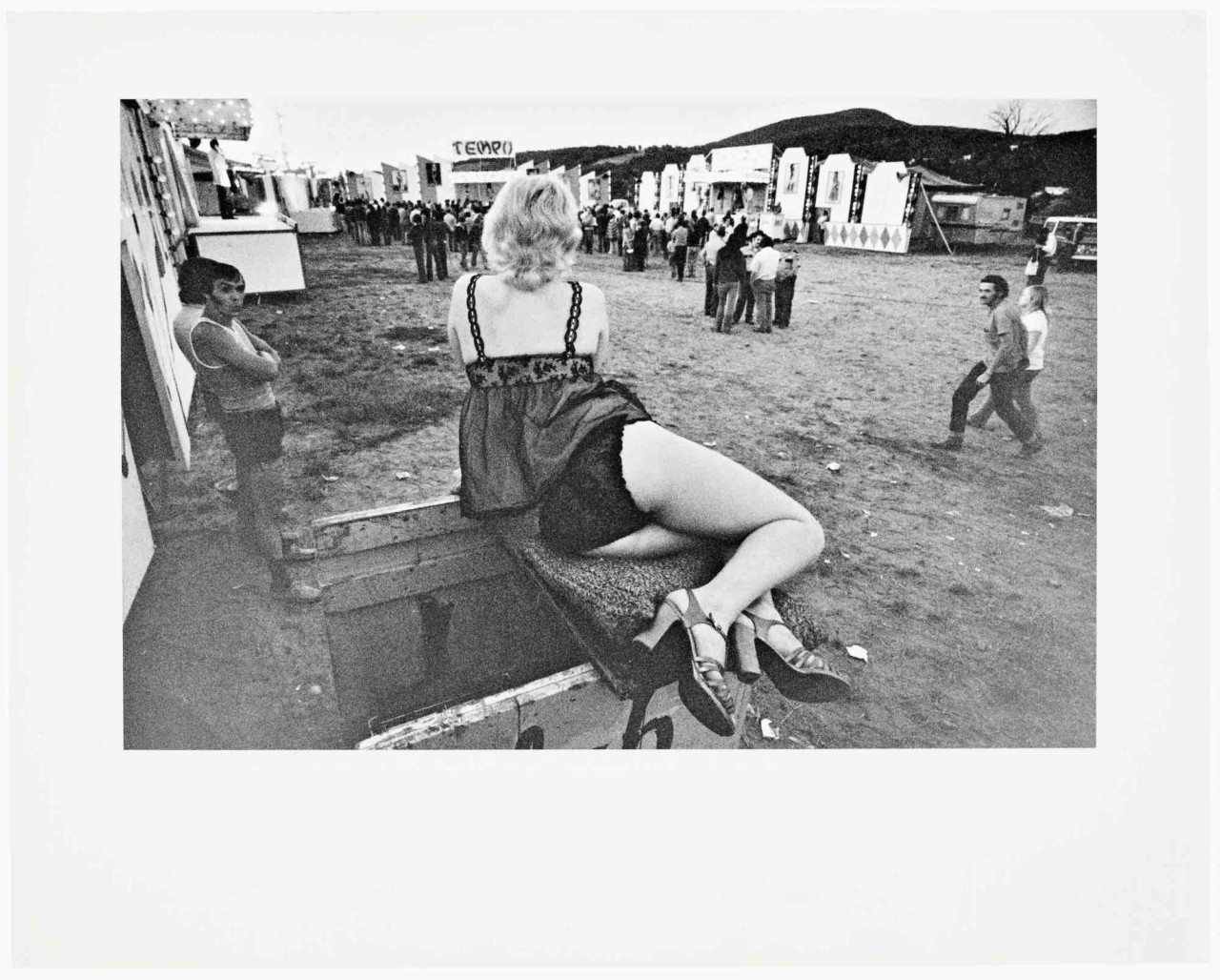 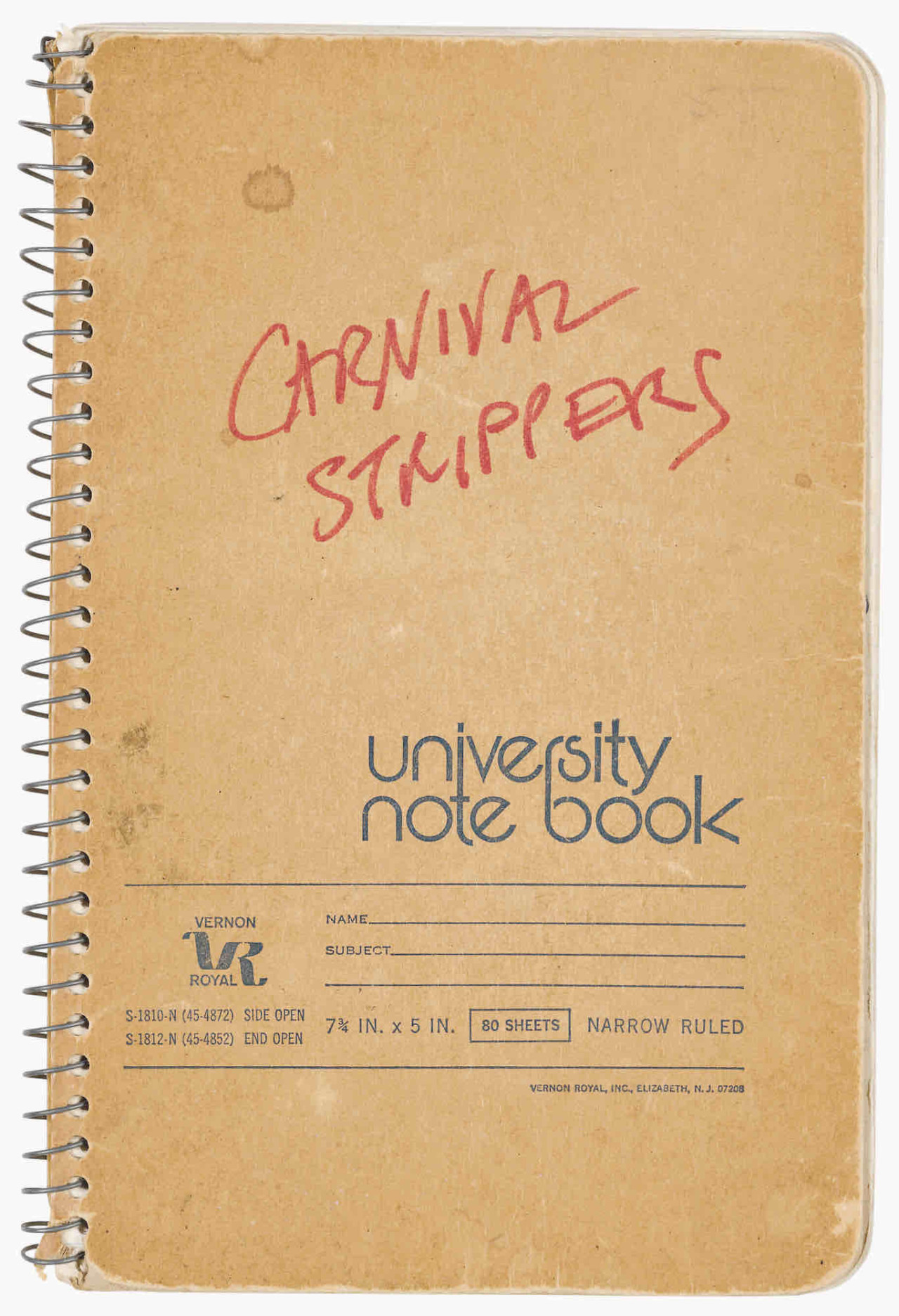 Alessandra Sanguinetti: “This work is an ode, a love letter, to the often-overlooked rural towns south of Buenos Aires”