What are Magnum photographers reading this summer? It’s summer. The days are long. Lucky holidaymakers pack their bags for summer destinations, while others work double time, or, as is the case for many Magnum photographers, continue to shoot projects across the globe. Whichever the case, summer equates with a little more space and time for reading. From this year’s blockbuster novels, to biographies, contemporary histories and political essays, Magnum photographers inform their practice and engagement with the world, in part, through books. Here, we discover which essential tomes will be on their nightstand (or their children’s), wherever in the world they find themselves. 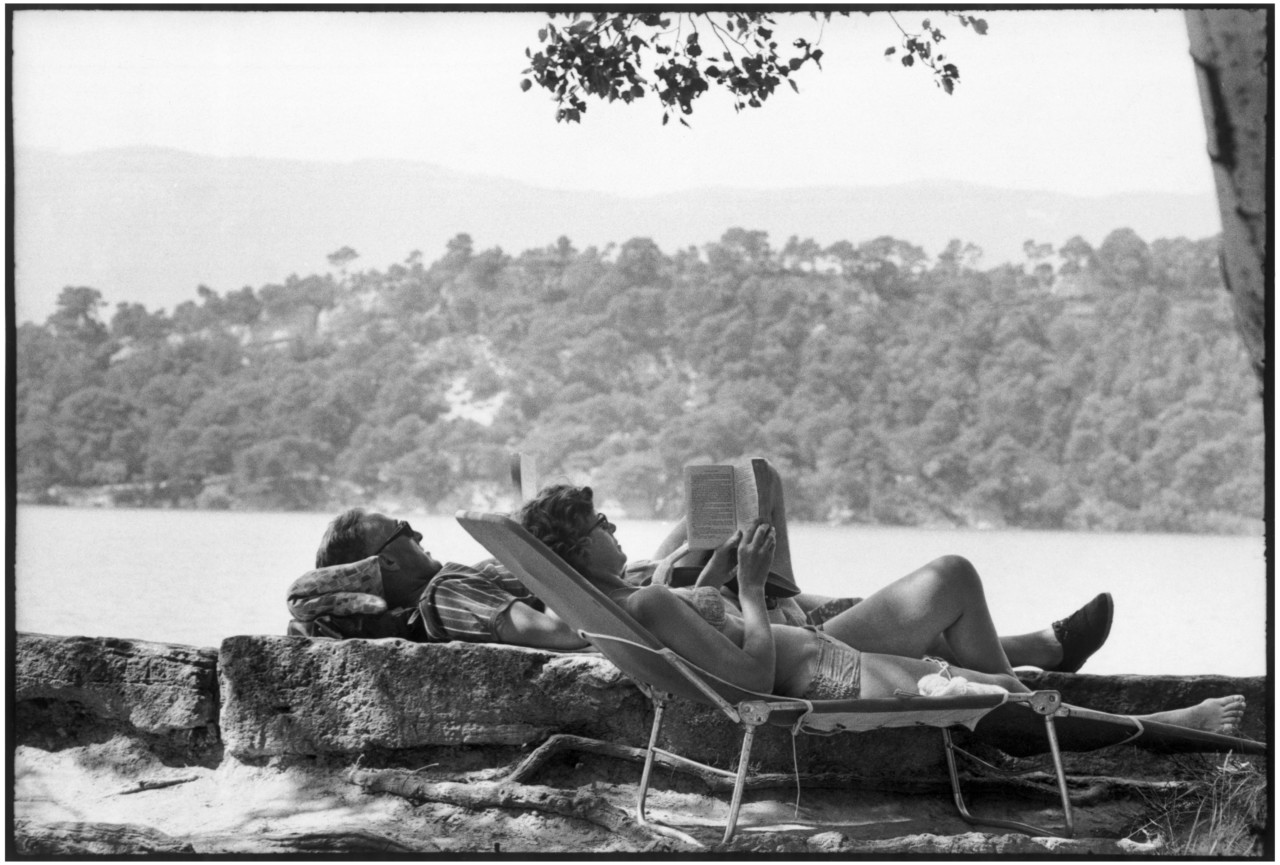 The Stranger in the Woods, by Michael Finkel

“Riveting true story about a guy who lived for 30 years completely off the grid, alone in the woods of Maine”

South and West, by Joan Didion

“Most interesting as I’ve been traveling through some of the same places this summer, 47 years later.”

“Russian Journal, by John Steinbeck and Robert Capa. Probably three to five times. Then, if I have any time left: SAS 78 La veuve de l’Ayatollah (The widow of the Ayatollah), G.d.Villiers, 1985. Excellent fast food. Stefan Zweig The World of Yesterday.”

The Unwinding, by George Packer.

“I’ve long been intrigued by Packer’s articles in The New Yorker on American politics. This book expands on those articles, as Packer explores the breakdown of the American social compact over the past thirty years. Fascinating and illuminating.”

Seven Brief Lessons on Physics by Carlo Rovelli. “An explanation of Einstein, Quantum, and the Cosmos which makes me feel slightly less ignorant than I did before.”

The Bone Flowers by John Fuller. “A short book, narrative poem, dealing with life and time.”

The Goldfinch by Donna Tartt, “a beautifully told story”. 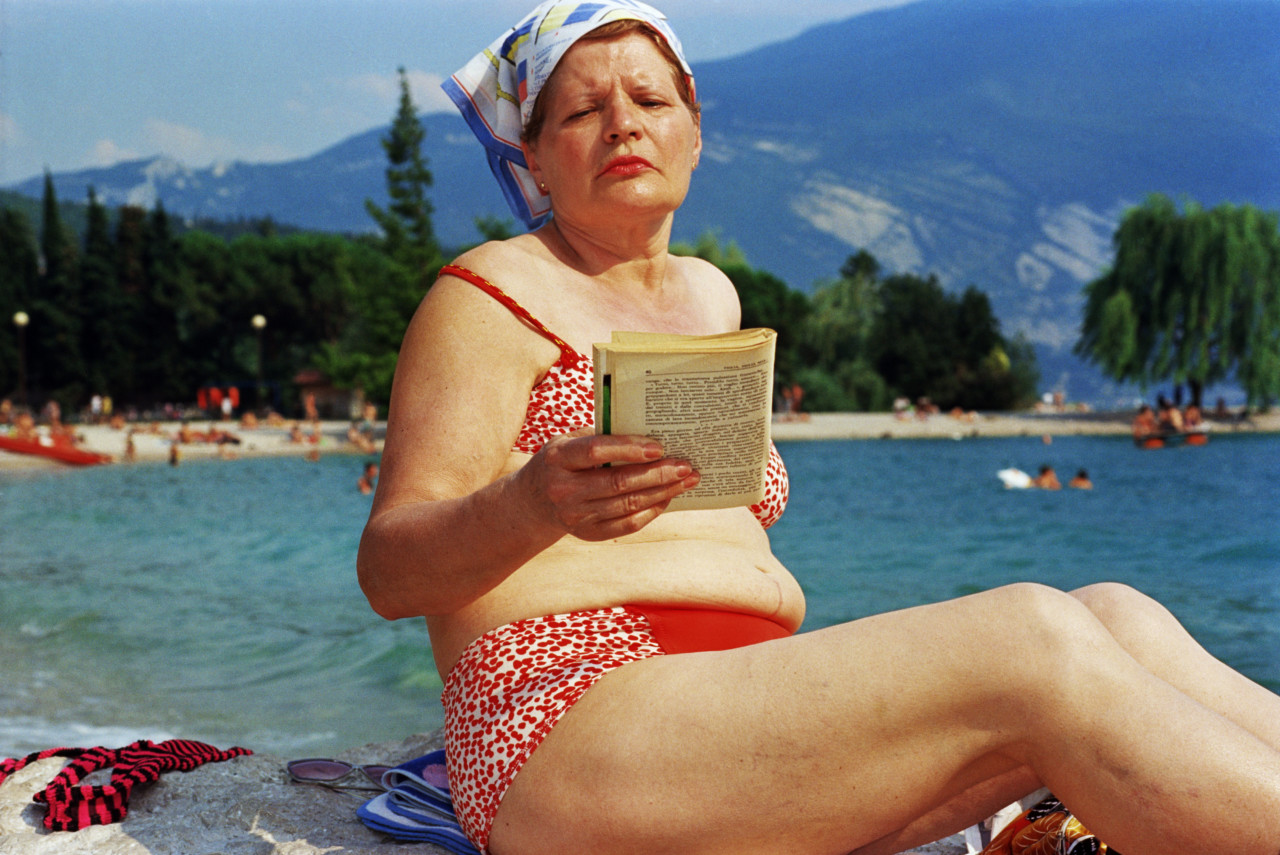 “I have to admit to being a Game of Thrones fan and also interested in historical novels that give me a clue to the events that gave thought to George  R.R.Martin. So I have just read C J Sansom’s Lamentation which is set in the period of Henry VIII and also relates to Henry’s English Law to which the Brexiteers are trying to return.

My favorite ripping novelist for travel and vacation is Bernard Cornwell with his historically set Sharpe and Viking series. A change of pace for Cornwell are his more contemporary sea novels and I’ve just enjoyed Stormchild.”

The Kingdom by Emmanuel Carrere 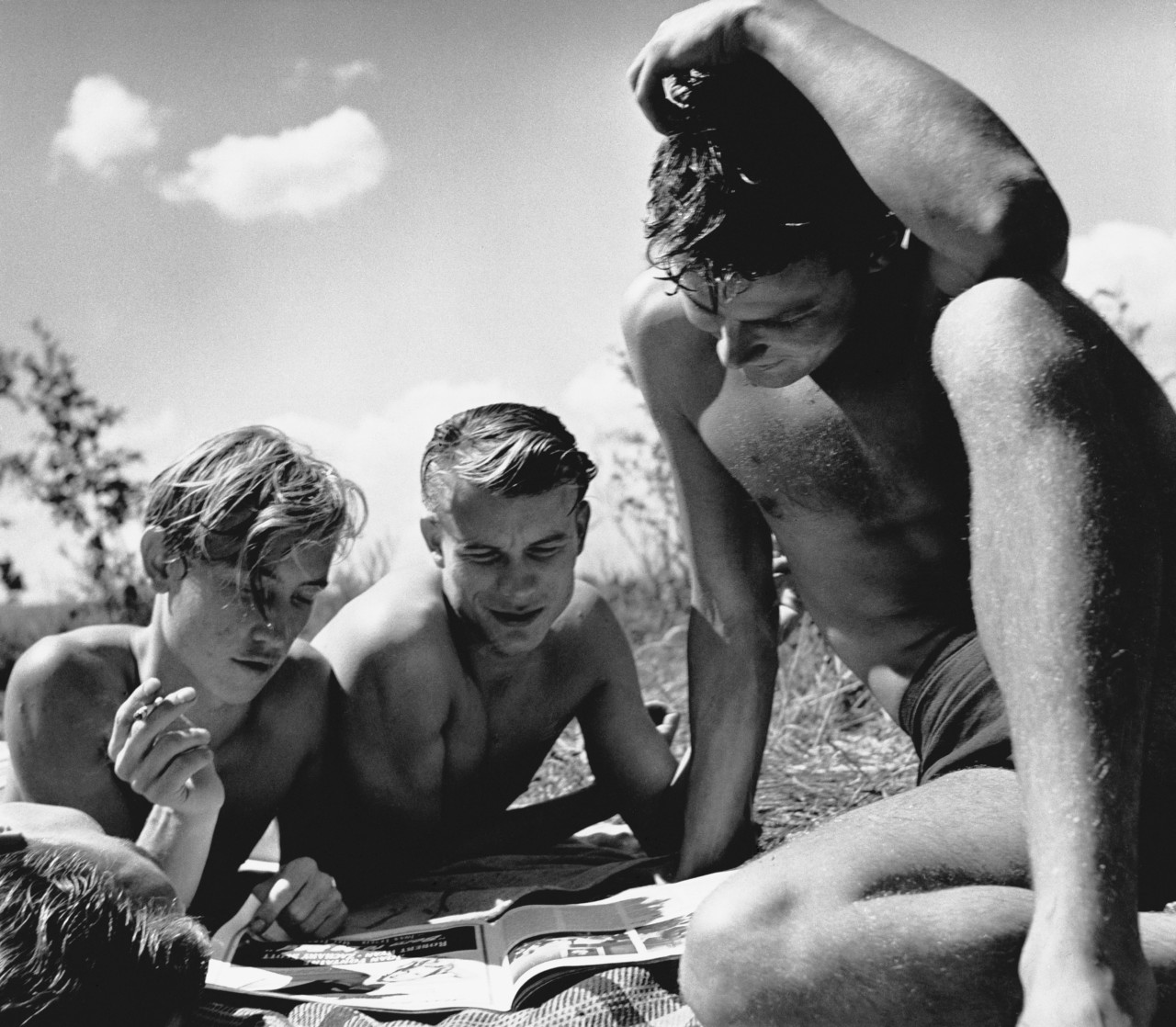 The Narrow Road to the Deep North by Richard Flanagan: “a novel rooted in the Railway of Death built through Burma by the Japanese army in WW2 with slave labour, and the war-time and post-war human costs.”

The Underground Railroad by Colson Whitehead

Soul of an Octopus by Sy Montgomery

The Gruffalo by Julia Donaldson and Axel Sheffler

The Home that was our Country by Alia Malek. “A Syrian-American retraces the story of her family and her country from the Ottoman Empire through the early years of the civil war.”

Sapiens: A Brief History of Humankind, by Yuval Hariri: “a popular history of humankind. Fascinating and frightening.”

The Dark Side by Jane Mayer: the inside story of how the war on terror turned into a war on American ideals – “old book I’ve been meaning to read for some time as research for my next book.”

Every Day is for the Thief by Teju Cole – “just finished.”

Le tour du monde du roi Zibeline, by Jean-Christophe Rufin. “The true story of,a man from central Europe who became king of Madagascar at the time of Voltaire and Casanova.” 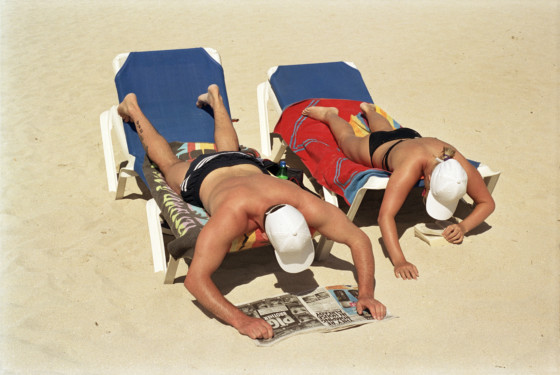 The Sixth Extinction: an Unnatural History by Elizabeth Kolbert

L’Amérique de Philip Roth by Philip Roth. “Maybe a nice way to take some distance from the America of today.”

The Little Virtues, by Natalia Ginsburg. “I have been reading it for two hours.”

Confessions, by Jaume Cabre. “I read it one year ago but it is still hitting my brain.”

Der Untergeher, by Thomas Bernhard. “Started two nights ago, the last from the Camilleri and Montalbano saga – perfect for days under very, very burning sun and Mediterranean sea.”

“When I get the opportunity, I am reading Believe Me: A Memoir of Love, Death and Jazz Chickens by Eddie Izzard; Body Language in Business: Decoding the Signals by Professor Adrian Furnham; Mr. Biff the Boxer, by Allan Ahlberg. My young boys – and I –  love it.”

Strangers in their Own Land: Anger & Mourning on the American Right, by Arlie Hochschild – “Deep insights about who America has forgotten” 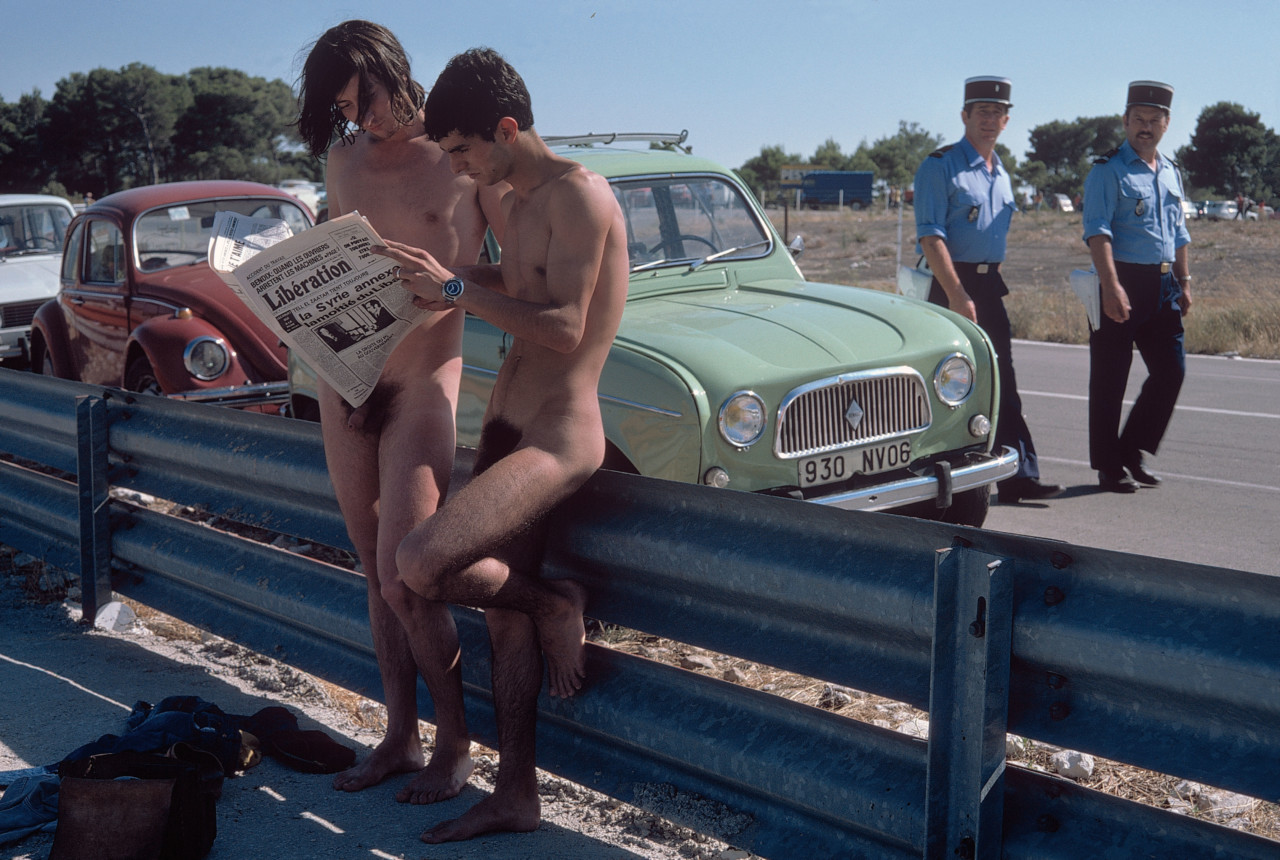 Another Country by James Baldwin

‘I have just started The Kingdom by Emmanuel Carrére, and can’t wait to start Arbitrary Stupid Goal by Tamara Shopsin, and A Tale For The Time Being by Ruth Ozeki.

“I started reading Sinclair Lewis’s Main Street after a trip to Minnesota recently and also have Georges Simenon’s The Man Who Watched the Trains Go By, but in reality I hardly get to them and spend more time with a nightly trio of Where the Wild Things Are, Dr Seuss’s ABC and The Mushroom Picker by David Robinson – a brilliant mushroom-photo story.”

Just finished Dave Eggers’ The Circle and started The West of Eden, by Jean Stein.

A River Runs Through it, by Norman Maclean.

Sex, Death and Fly Fishing, by John Gierach. “Much more funny and summery, for those who love fishing (fly) fishing. One of the best texts I have read in this genre for years.

“How is photography influenced? A well-known French sociologist said that the world of contemporary art functions through revolution, but it is necessary, however, to take the trouble to reach the second chapter. It may have been from The paradigm of contemporary art (Structures of an artistic revolution), by Nathalie Heinich.”

Once Upon the River Love, and Dreams of My Russian Summers, both by Andreï Makine, a Russian-born novelist who writes in French.

L’Enseignement de l’Ignorance, by JC Michea – ‘One of the most important current philosophers in France.”

On Imagination, by Mary Ruefle. “This was the perfect book to read while on a trip with my teenage daughter in Japan. It’s a novel about teenagers, middle-agers, Buddhism, Quantum physics and the mystery of time itself. In a mere 32-pages, one of my favorite poets discusses Ukrainian Easter egg dyeing traditions, Emily Dickinson, teddy bear tea parties, Wittgenstein and much more. I’ll be rereading this chapbook regularly whenever I need to kickstart my imagination.” Killers Of the Flower Moon, by David Grann. “A good read but not as good as his previous one The Lost City of Z.”

I, The Supreme, by Augusto Roa Bastosa, “a Paraguayan writer, whose book is about a fictionalized Latin America dictator in the 19th century, with amazing parallels to Trump’s America.”

The Master of Confessions, by Thierry Cruvellier, “about the trial of Duch, a Khmer Rouge prison official in Cambodia responsible for the death of thousands of prisoners.”

“I have an ongoing obsession with Jane Austen. Her only Gothic novel, Northanger Abbey, will be my next read, before I return to Emma for the umpteenth time. Is there a more perfectly structured or beautifully written novel in the English language than Emma?

While walking my dog, Kodak, I always listen to audiobooks. I’ve just finished the complete works of Sherlock Holmes, read by Stephen Fry. After 71 hours immersed in Sherlock’s logical deduction techniques there isn’t a crime I don’t feel capable of solving.”

Marina Fusco Nims, on behalf of her father Paul Fusco

“Besides reading the NYT cover-to-cover every day, Paul is now reading Colson Whitehead’s The Underground Railroad . It piqued Paul’s interest because of his life-long examination of social justice.”

“I am rereading the novel, Something Happened, by Joseph Heller, which has been described as a novel that plays as an internal monologue detailing the main character’s doomed quest for certitude. It has also been described as the most criminally overlooked  great novel of the past half century. The 40th anniversary of its publication is being celebrated this year. I remember reading it a few years after it was published and one of the things I acquired from it was an understanding of the inner life of most business offices and it still works today.

I am also rereading The Sisters, a novel by Robert Littell. Christopher Lehmann-Haupt of the NYTimes stated that it is ‘the plot of plots’. I used to give away paperback copies to friends because it just may be the best spy novel of all time. For example, one of the evil characters in the book can easily imitate various sounds such as gravel being thrown against a screen door, and when he’s in a really good and foul mood – can imitate the sound of the sun going down. This does not bode well for characters unfortunately near enough to witness that particular life shifting moment.” 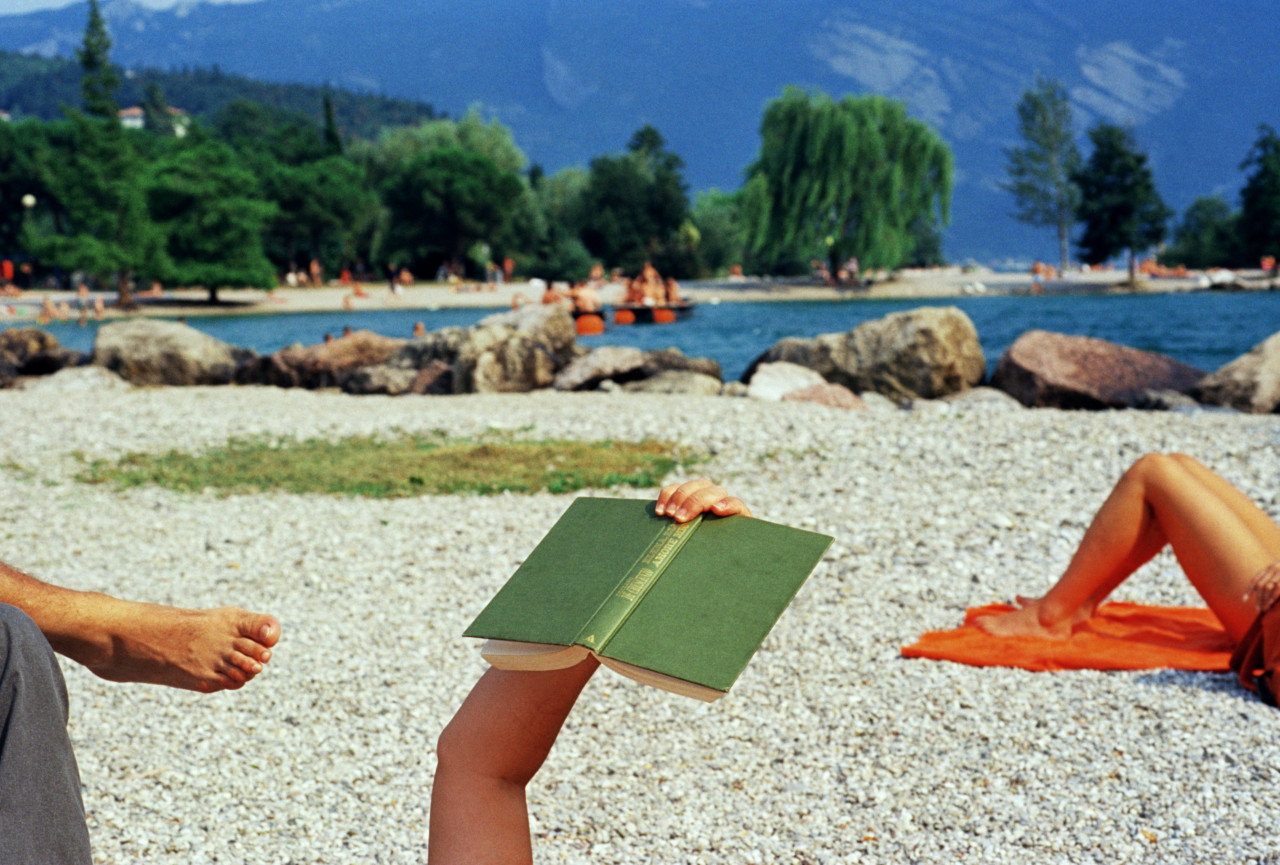