As the world mourns the passing of Queen Elizabeth II, the longest-serving monarch in British history, we take a look back at her life and reign as seen by Magnum photographers. 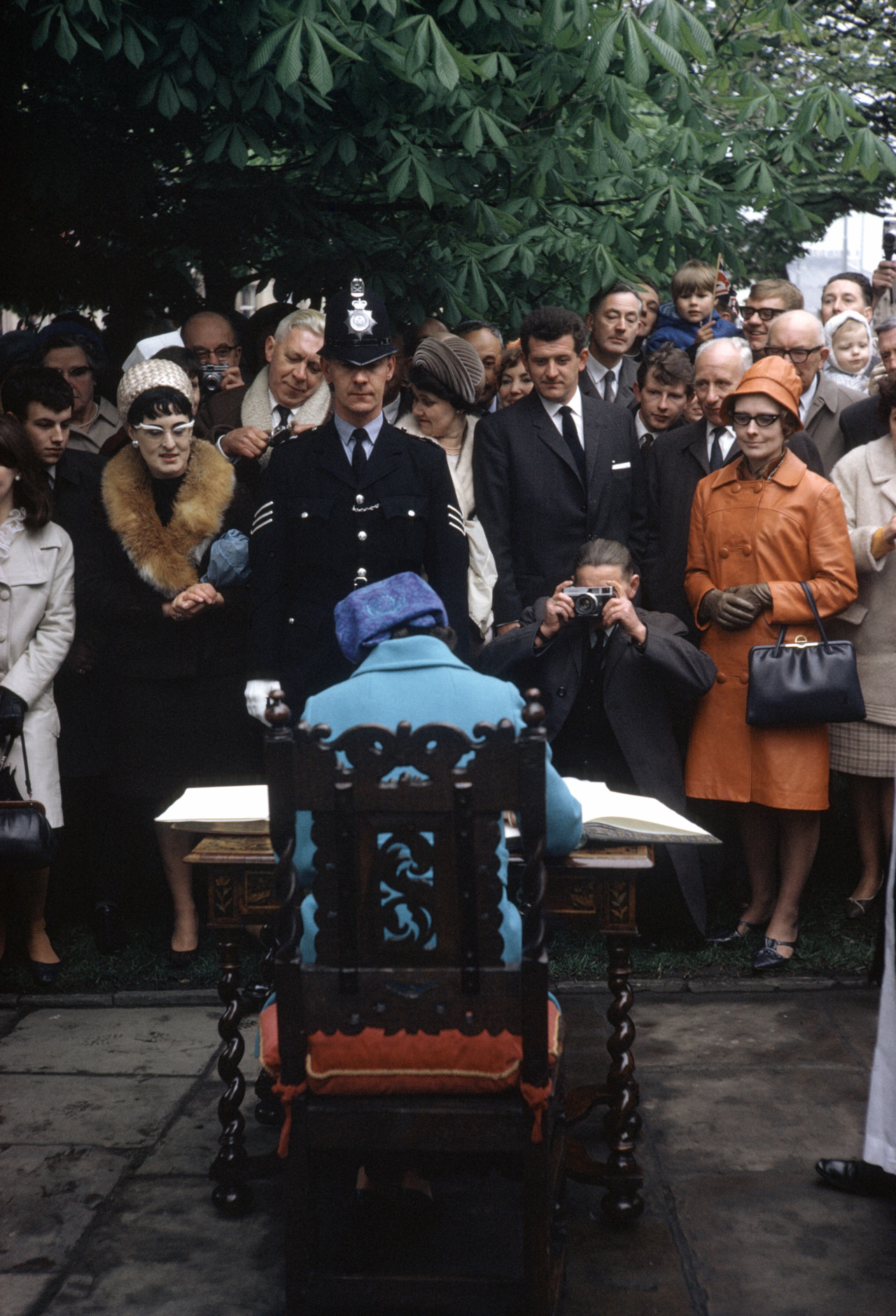 Elizabeth II — the Queen of the United Kingdom and 14 other Commonwealth realms — passed away on September 8, 2022, aged 96, surrounded by the royal family at Balmoral Castle in Scotland. Seventy years ago, on February 6, 1952, at only 25 years old, Elizabeth acceded to the throne, making her the longest-serving monarch in British history.

Throughout her seventy-year reign, Magnum photographers captured the monarch up close during numerous official state visits and celebrations across the globe. 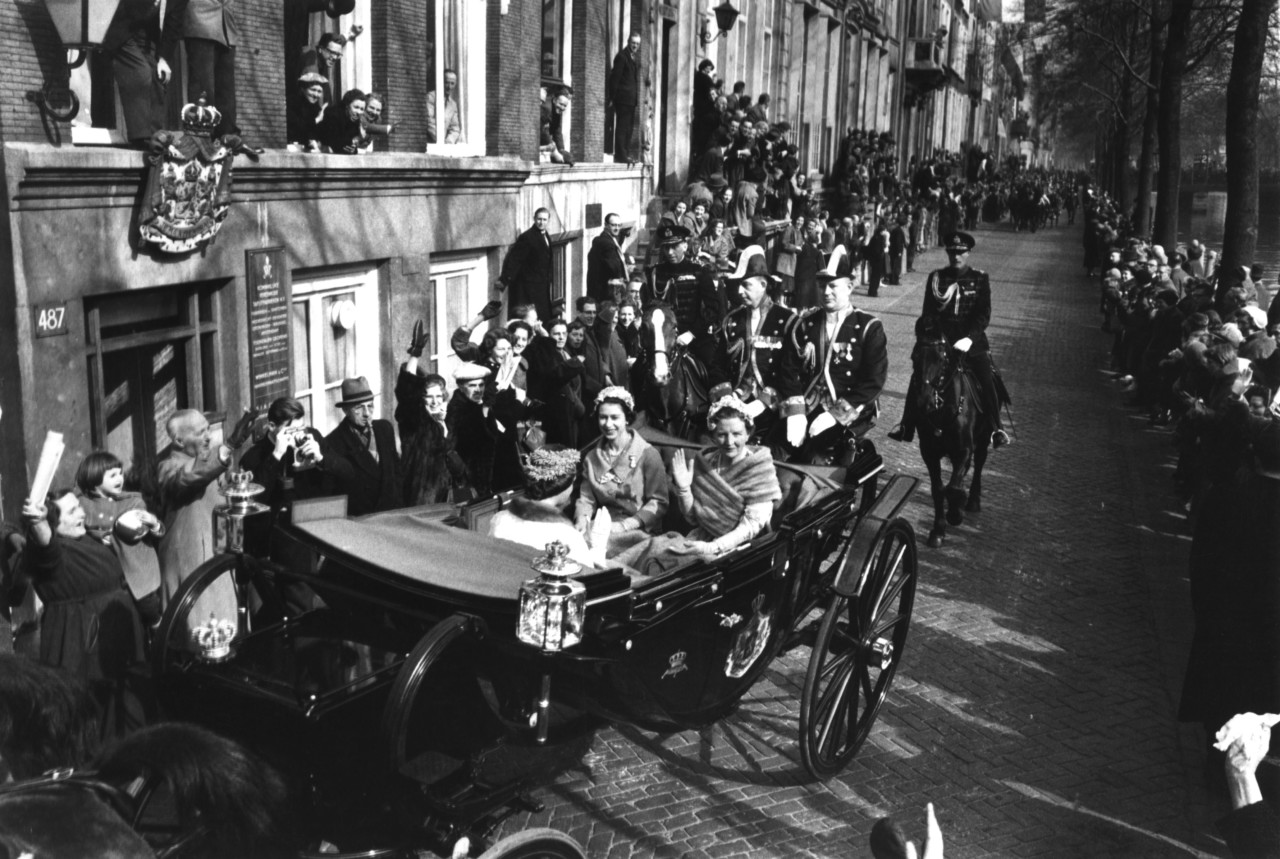 Pictured above is Queen Elizabeth II in March 1958, captured by Kryn Taconis while riding a royal carriage along the Heerengracht with Queen Juliana of the Netherlands. She was six years into her reign, and only a month away from her 32nd birthday.

Later that year, she traveled across the Atlantic to the United States, and is photographed here by Burt Glinn during a visit to New York City, 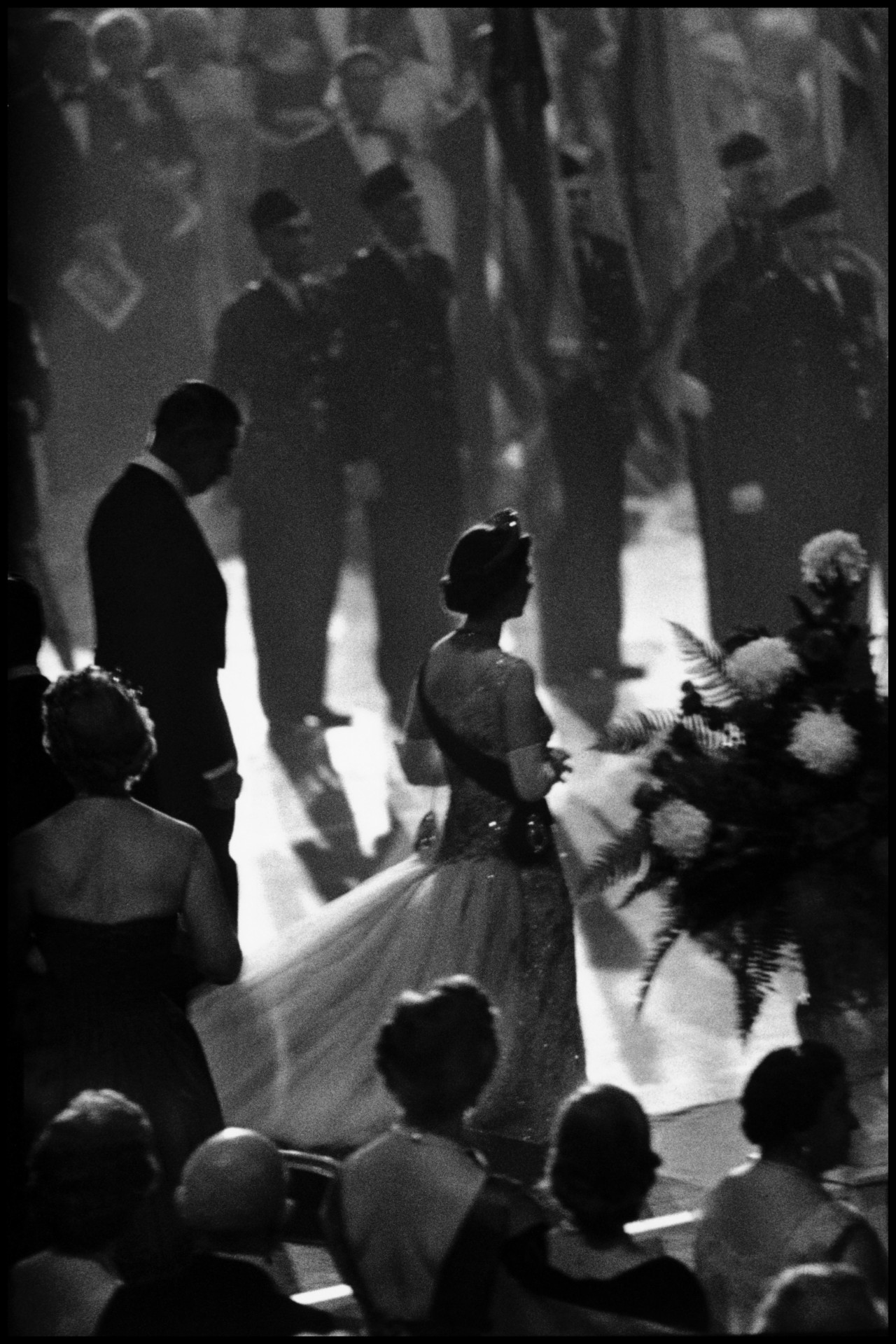 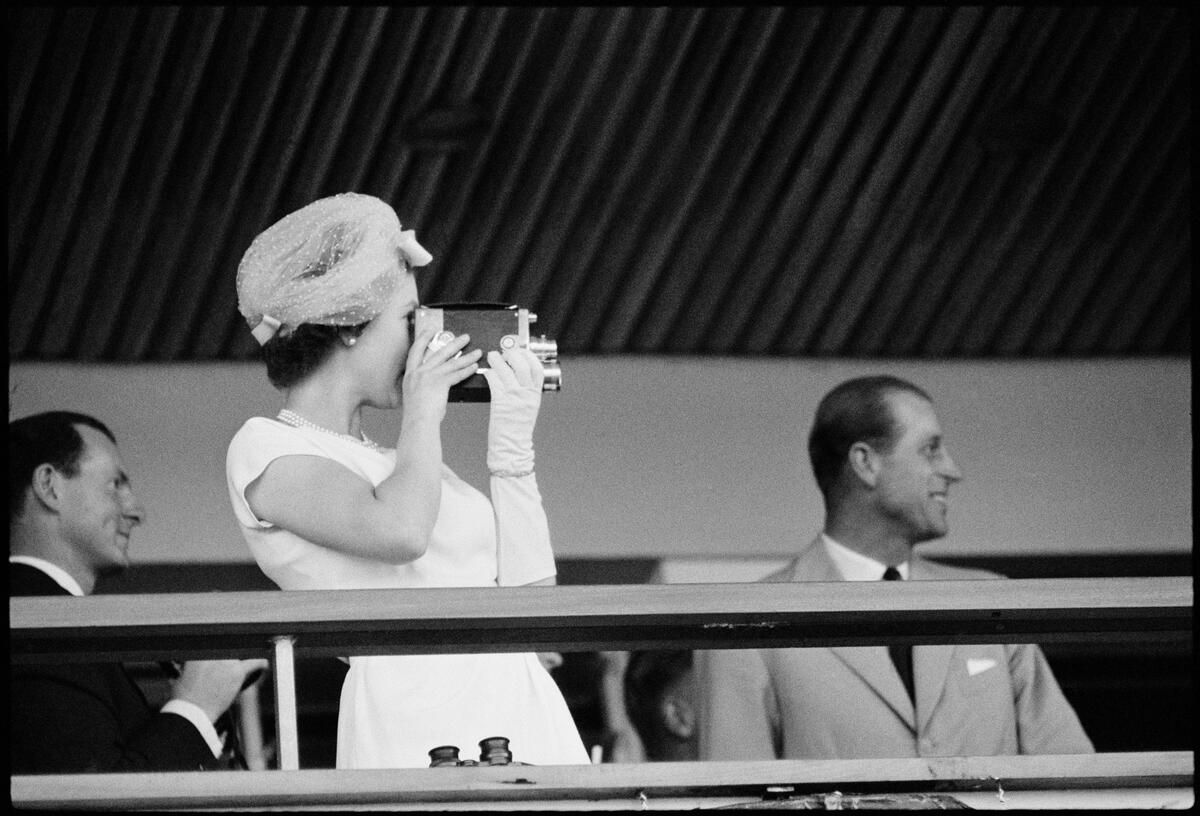 In November 1961, Ian Berry photographed the Queen and Prince Philip on their eleven-day state visit to Ghana — her first visit to the country. Pictured above, shooting from a balcony with a camera, and below, during her famous dance with Prime Minister Kwame Nkrumah in Accra. 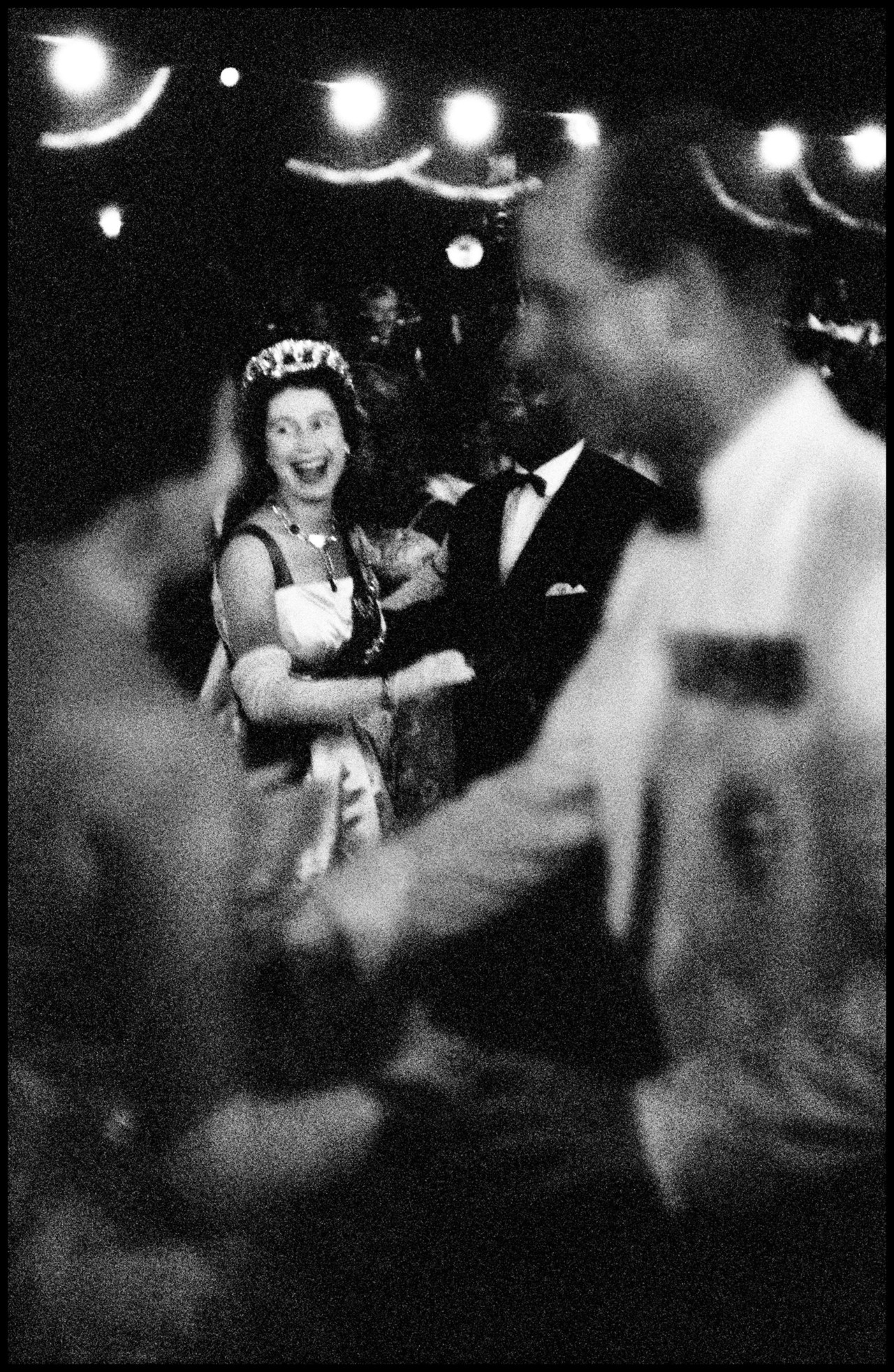 Four years later, in 1965, the two embarked on further royal trips, this time photographed by Raymond Depardon. Pictured above Queen Elizabeth II and Prince Phillip looking out over Gondar, Ethiopia, with Emperor Haile Selassie I in February, and below, the Queen during her first state visit to West Germany in March. 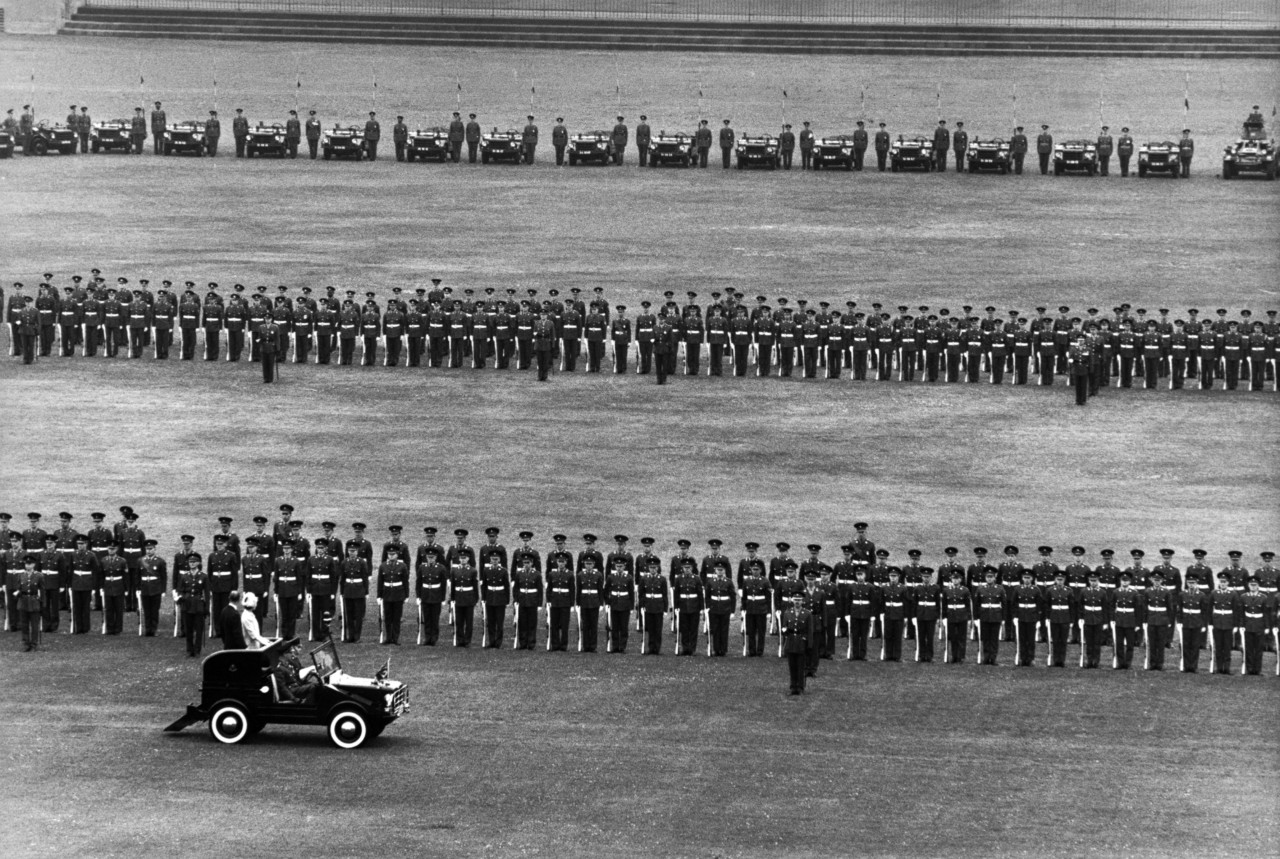 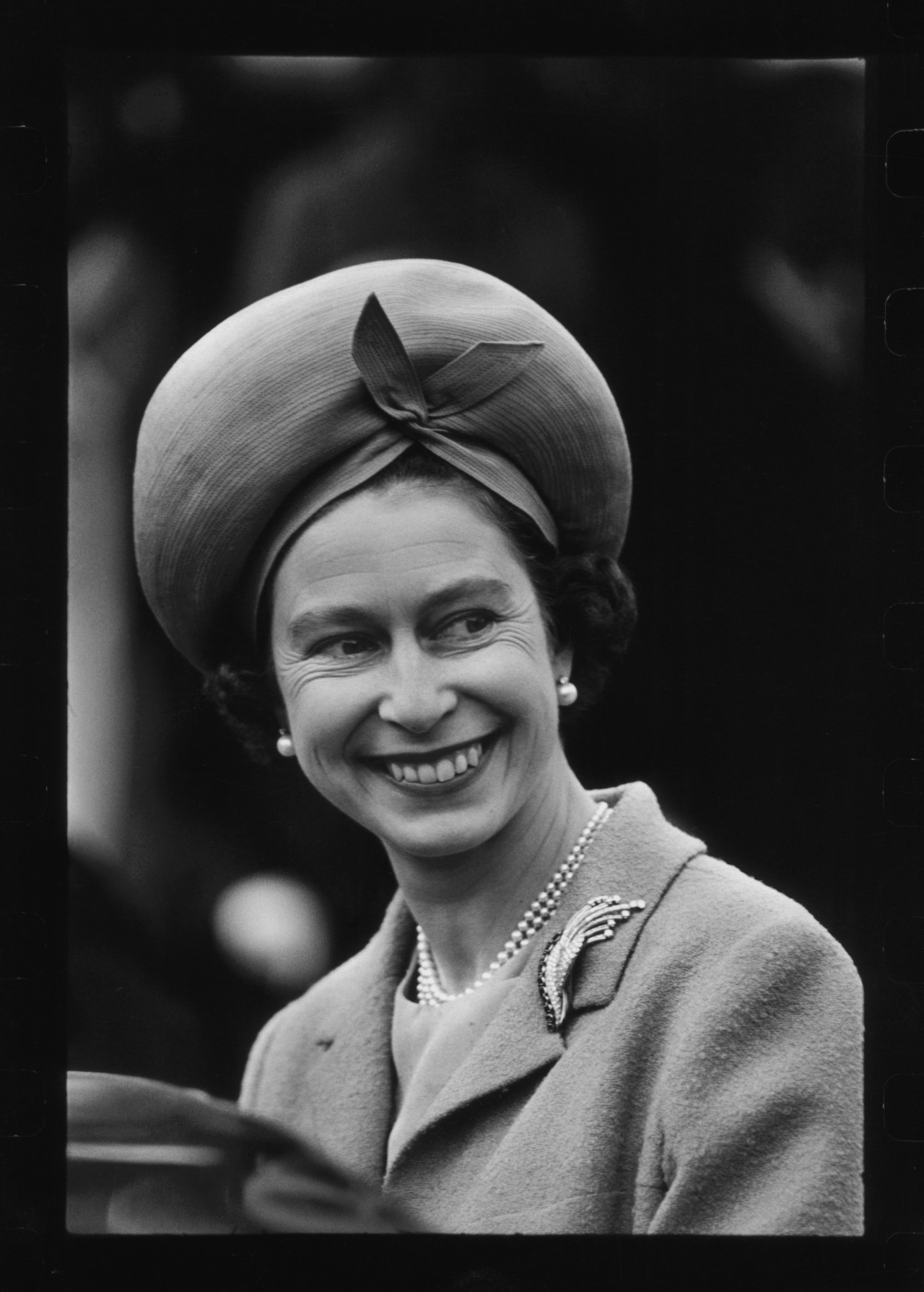 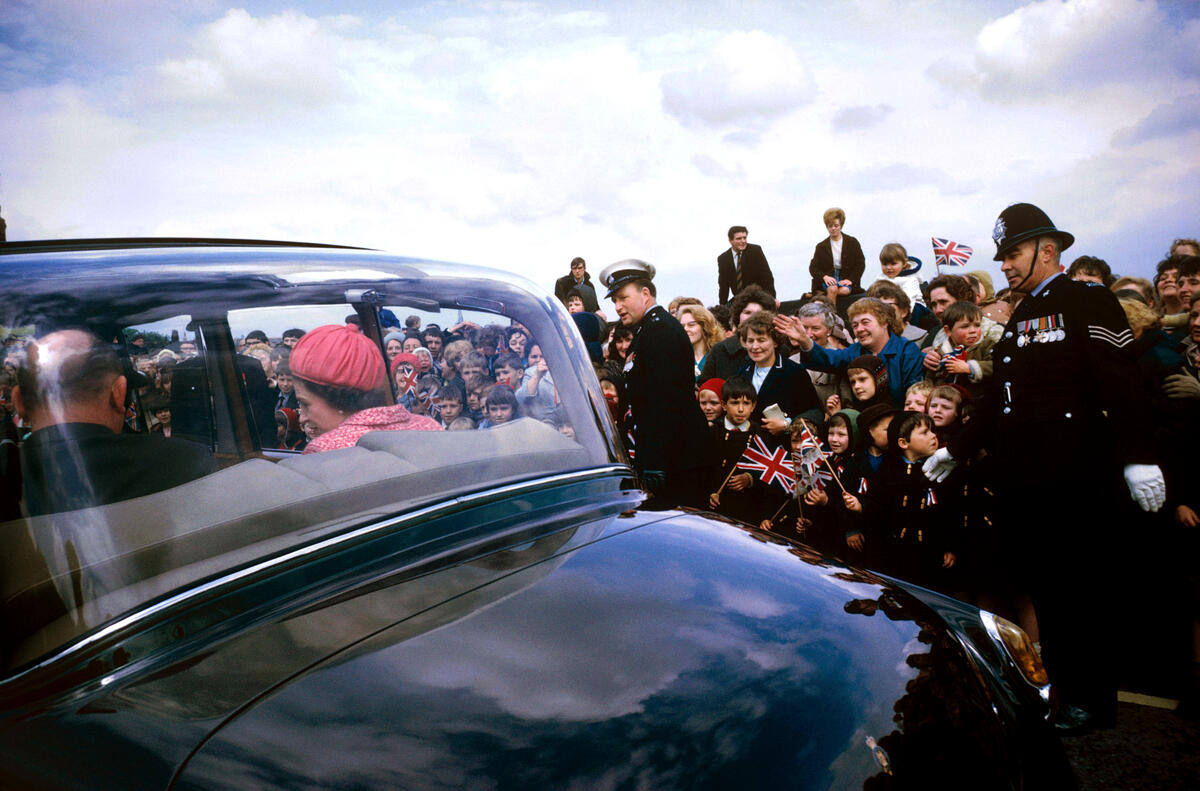 Eve Arnold photographed the Queen on numerous occasions over the course of thirty years, from her first royal tour in Jamaica in 1958 to her Silver Jubilee in 1977. Here, she is pictured on a tour of the United Kingdom with the Duke of Edinburgh in 1968. 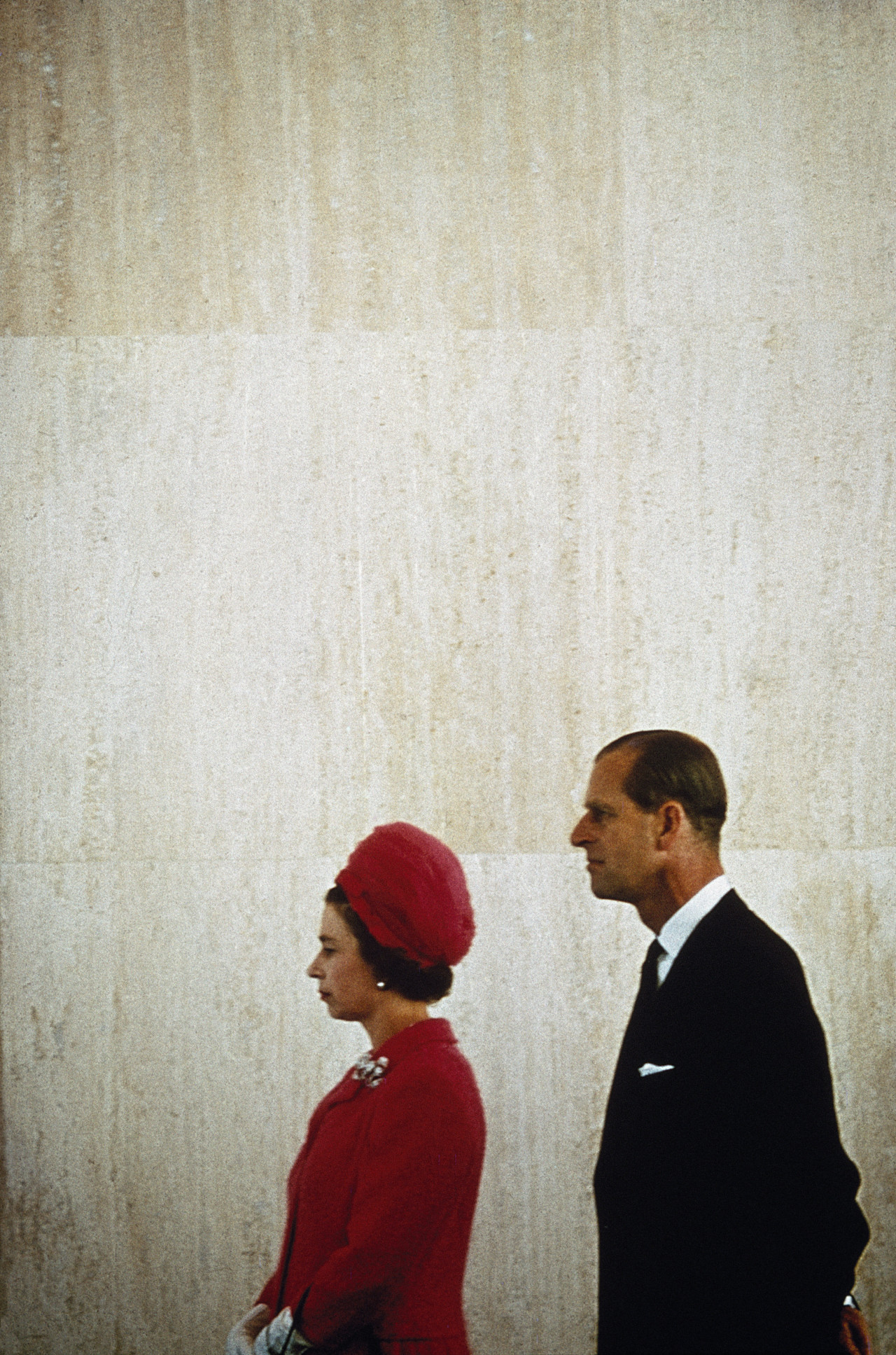 In 1977, to celebrate her Silver Jubilee – 25 years after taking the throne – a program of events stretching across the United Kingdom and the Commonwealth took place throughout the year. Pictured above, as shot by René Burri, is the Queen at a grand bonfire in Windsor Great Park during summer celebrations. Rene Burri photographed the Queen again six years later, this time upon her arrival in Kingston, Jamaica, marking her fourth trip to the island. During the same visit, the Queen opened the Jamaican Parliament on the 21st anniversary of the country’s independence. 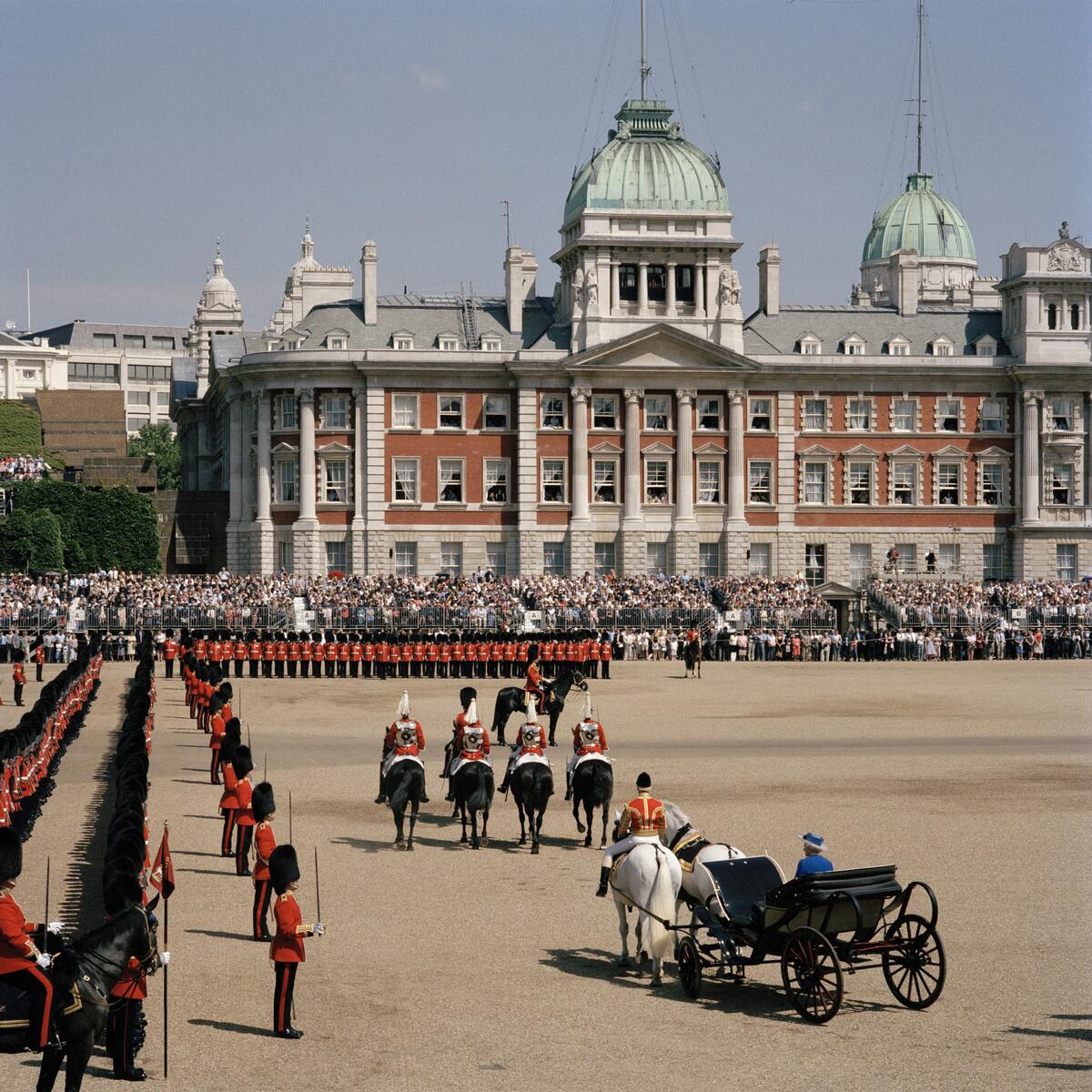 Here, Peter Marlow captured the scenes at Buckingham Palace during the historic Trooping the Color ceremony in 2003, a year after the Golden Jubilee.

And finally, Martin Parr’s image of the Queen attending the 650th anniversary of The Drapers’ livery at the Drapers’ Livery Hall in London in 2014.