A new book sheds light on one of the photographer's projects which saw him shooting in Upstate New York for five weeks, a body of work he himself had forgotten about until recently 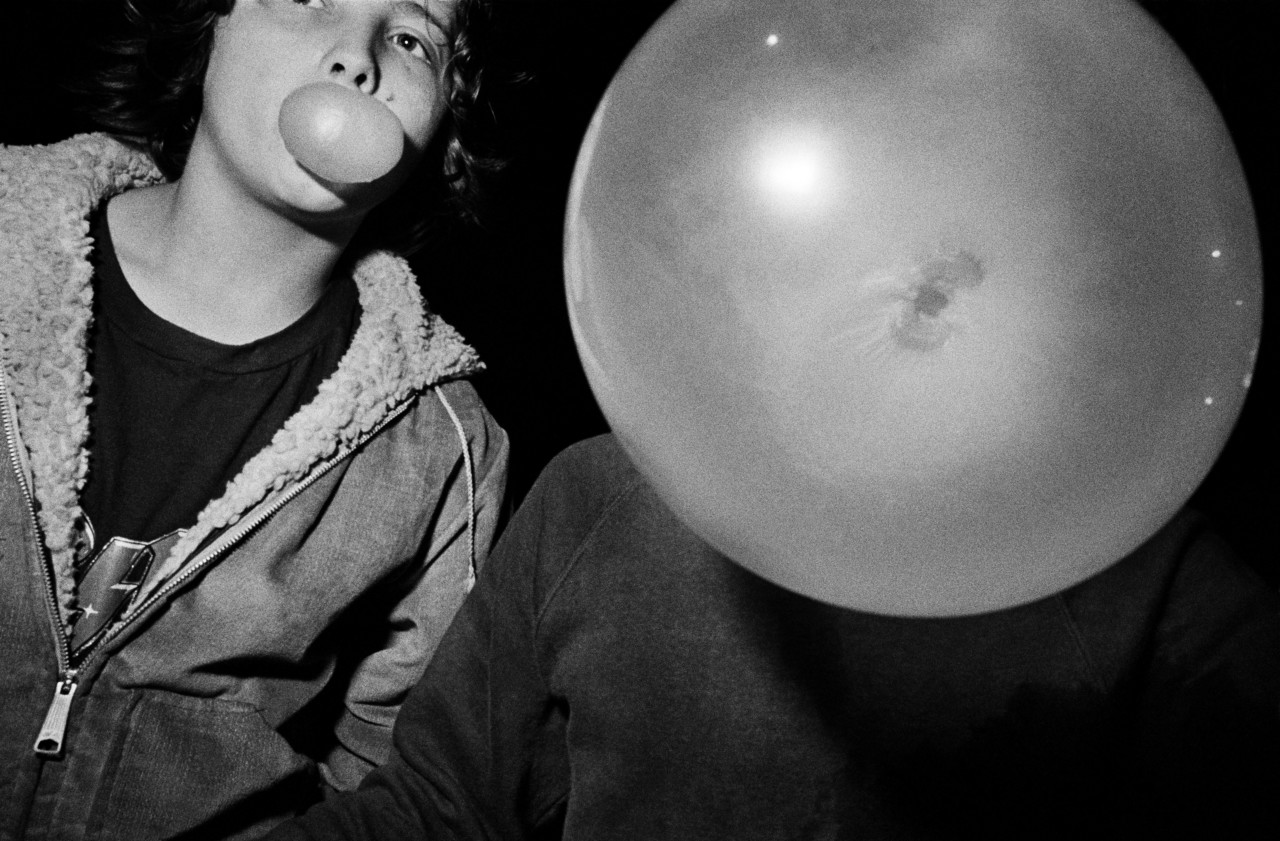 A new book on Bruce Gilden‘s work, shot during a 1981 residency in the city of Syracuse, in Upstate New York, was released at New York Art Bookfair. Gilden himself had forgotten the project, and many of the images from it, until happening upon the negatives in late summer, 2018. Gilden spent his time in Syracuse shooting at the sorts of mass gatherings he had been focusing on at the time – state fairs, fetes, picnics and parties – as well as working his way into the homes of the city’s blue-collar residents. He also photographed the local assisted living communities, impressed by what he saw as the distinctly open-minded attitudes toward them, evident in the local population. The book, Syracuse, 1981, is available now. 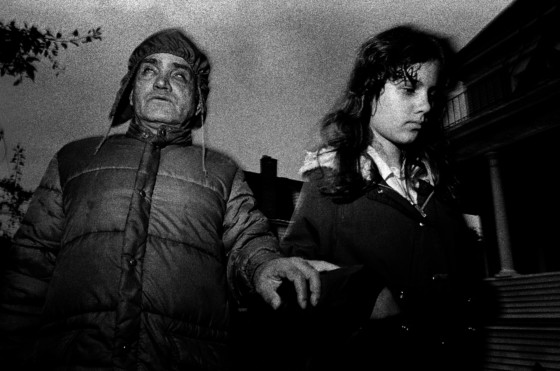 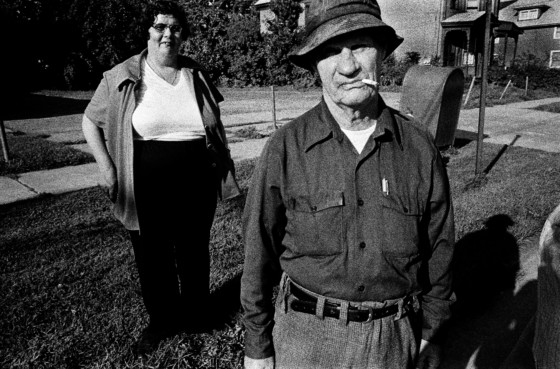 I was attracted to Syracuse because I heard of a place up there called Light Work, an artist-run photography project directed by Jeffrey Hoone. A couple of my friends had done residencies there and we all went out one night in New York City, with Jeffrey, and I was invited up.

We selected the end of August to early September to go up there because that was the time of the Syracuse State Fair – one of the largest state fairs in the nation. I had shot at various fairs around that time. In those days I used to shoot many things – parades, fairs, anywhere there would be a lot of people congregating. The kind of events that offered the most possibilities to get good photographs.

I think I ended up staying in Syracuse for about five weeks. It’s a small town, but it’s not a small town, if you know what I mean? There are something like 143,000 people there. It’s a real city. 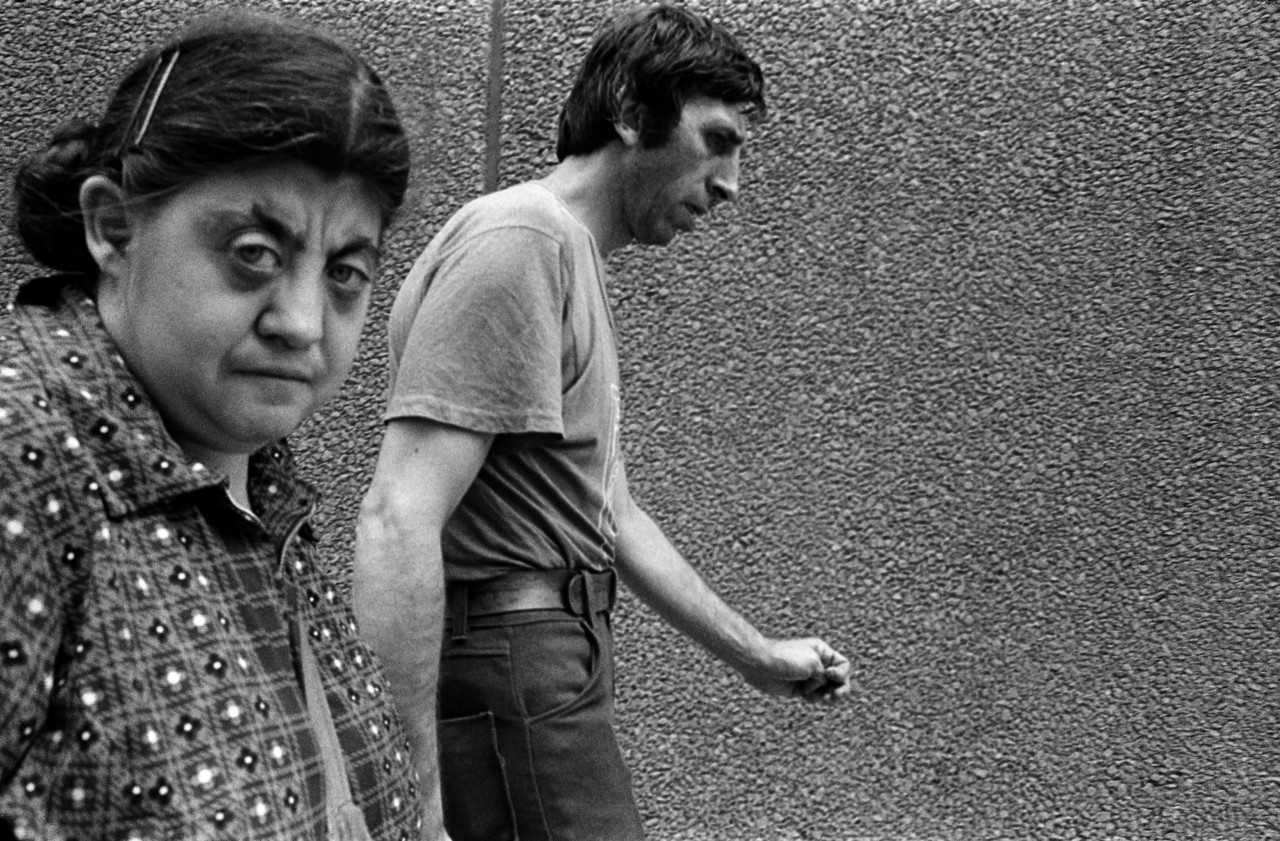 "In those days I used to shoot many things - parades, fairs, anywhere there would be a lot of people congregating" 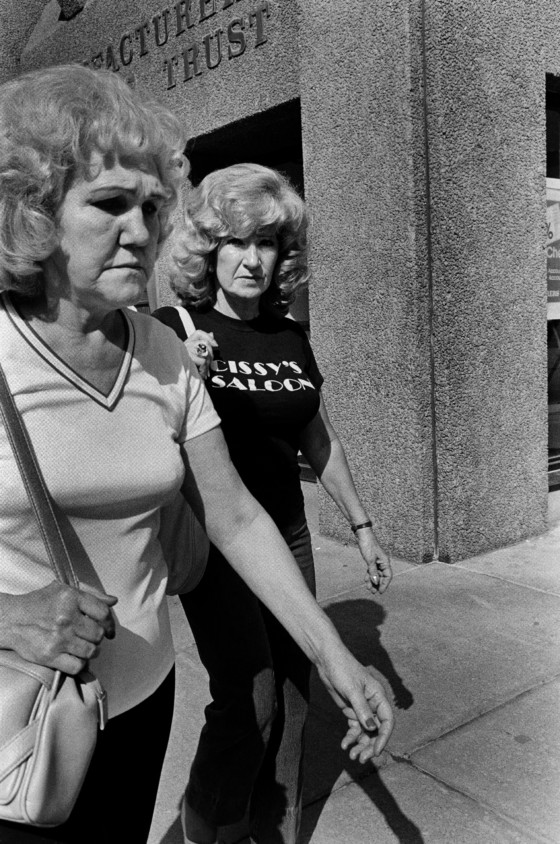 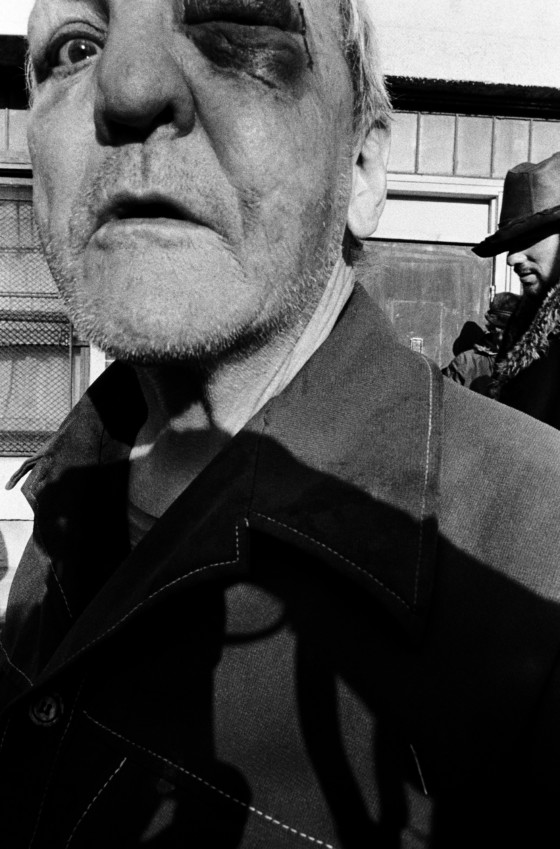 The fair ran for twelve days. I went to everything. I went to tractor pulls, horse shows, you name it I went to it. Obviously I was younger then, I mean I still have a lot of energy even now, but it was very taxing shooting there, it was very crowded. It was hard work.

At that time I didn’t know where I was going to find a picture. Now, with more experience, I can knock out certain things quickly without even going, I know what’s likely to work or not. But back then I went to everything. I went to a gun show while I was there, and only one picture made it into the book. 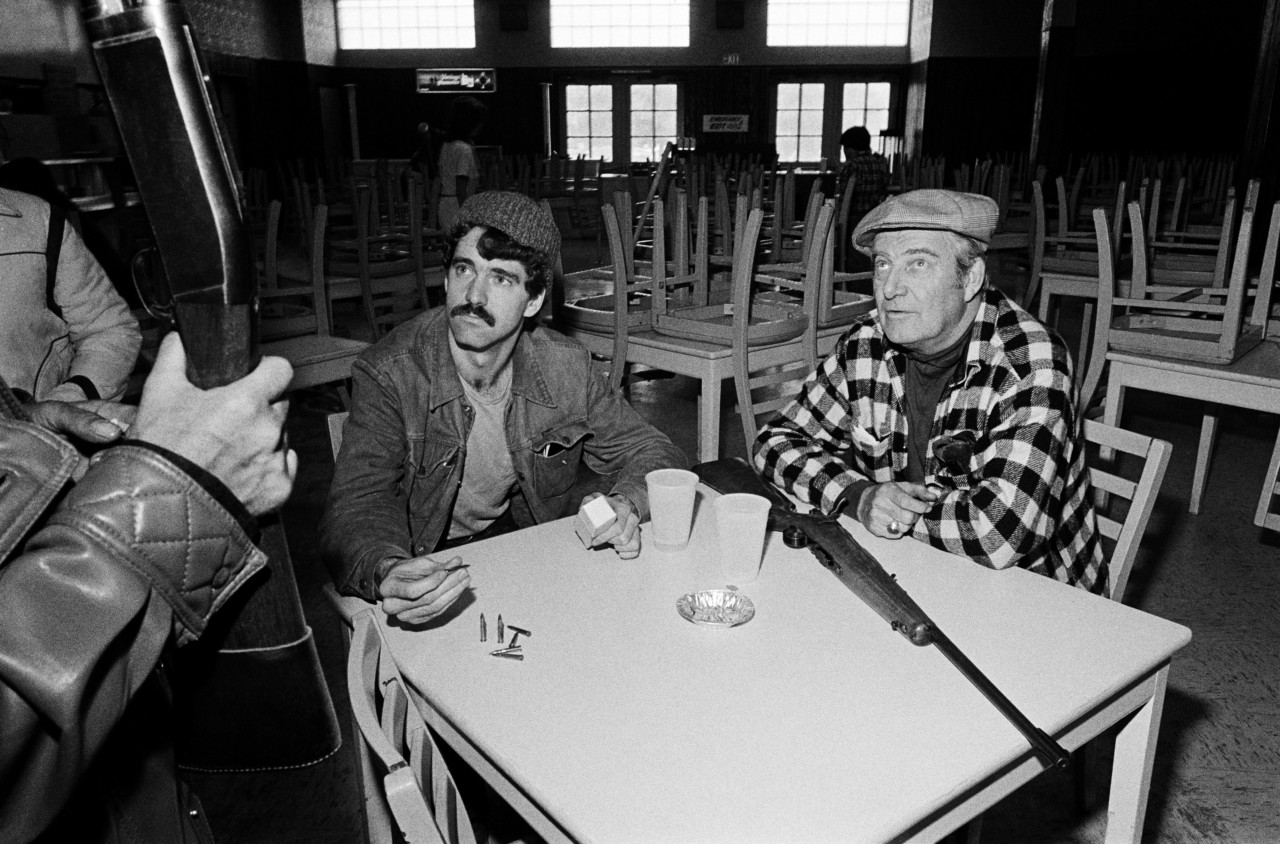 There was some rain every day for 20 days in a row. But actually, that was quite good for me, because I liked using flash with not too much natural light. From all the pictures in the book maybe half are taken with flash, and half are not.

Aside from the fair, which was on the city outskirts, I also went all over Syracuse.  There was an area a short distance from the downtown centre that I found interesting. There were a lot of lower middle class people there, mostly white. I have quite a lot of them in the book. It was amazing how I managed to talk my way into people’s houses and take photos.  I don’t know if it had to do with the time, or if it was easier because we had similar backgrounds, but I can be pretty persuasive. 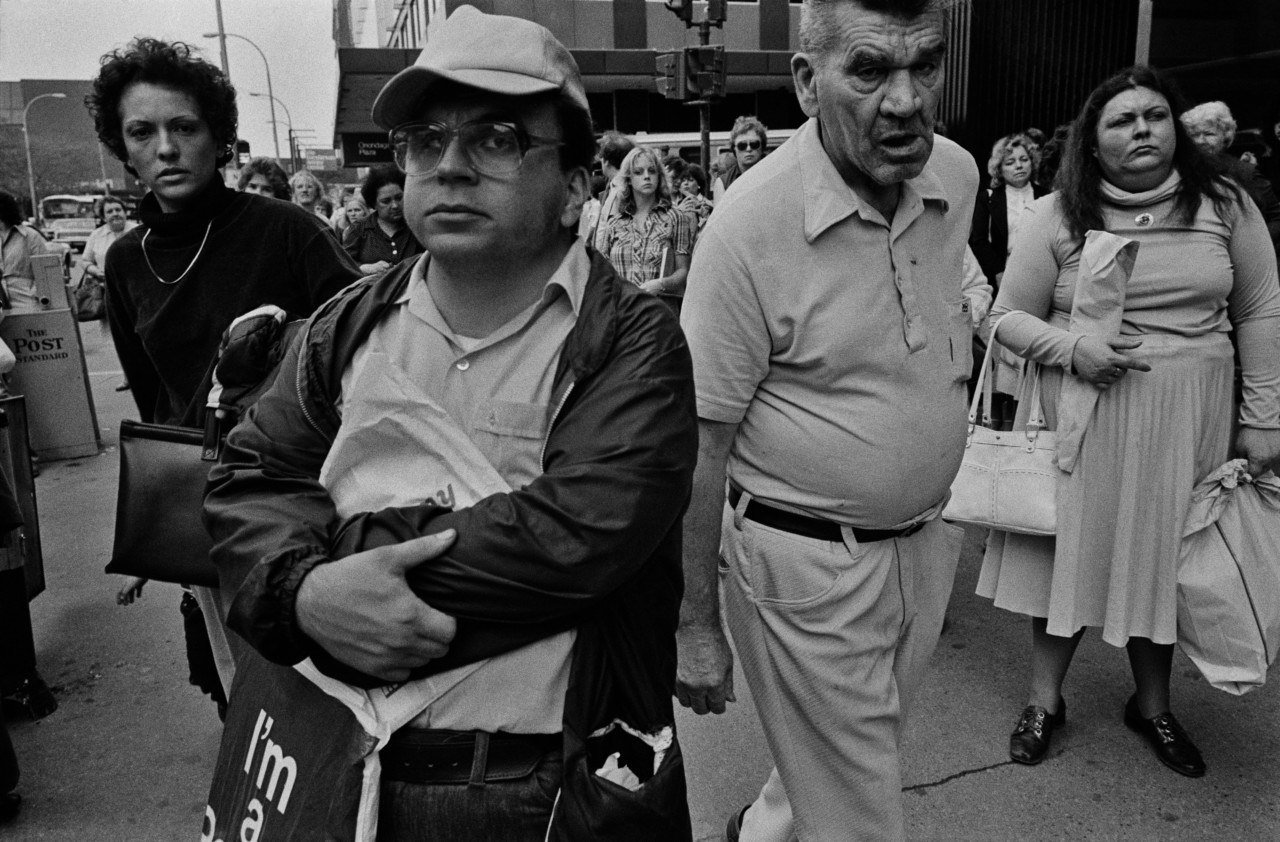 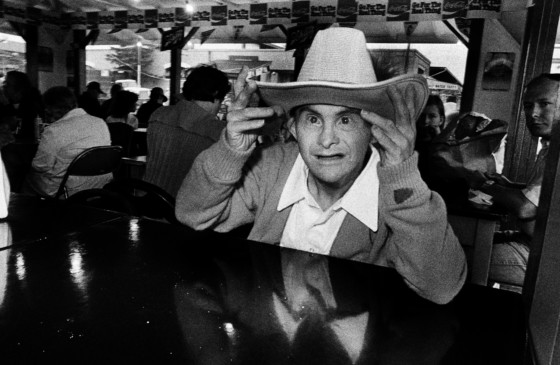 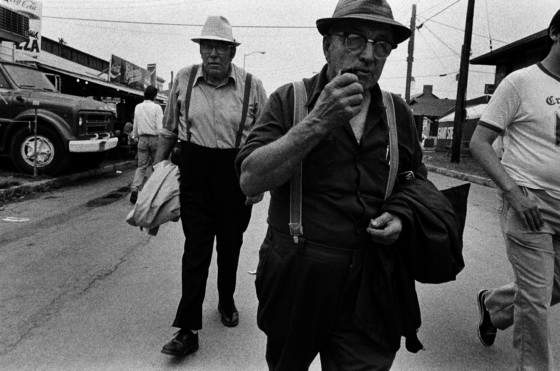 I think I would have had a much harder time talking my way into upper middle class peoples’ homes. Blue-collar people are easier for me; I use a lot of ‘fucks’ in my dialogue, and four letter words. I know how to talk to them. I like sports. At that time I was drinking and doing drugs. I was young, 34; I had a beard and long hair. I guess all of that helped. I looked like an outsider… or an undercover cop.

One of my favourite images in the book is the one of the guy with his eye patch. Funny thing is, I never even thought of that picture again – or printed it – until a month ago! If I hadn’t gone through my negatives no one ever would have seen that picture. And it’s a killer, that one. I don’t remember the details. It was him and his mother who was missing a few teeth – and his sister or girlfriend. I remember they were drinking beers, and I guess I probably had one too. But my eye was always on the prize – and the prize was taking pictures. 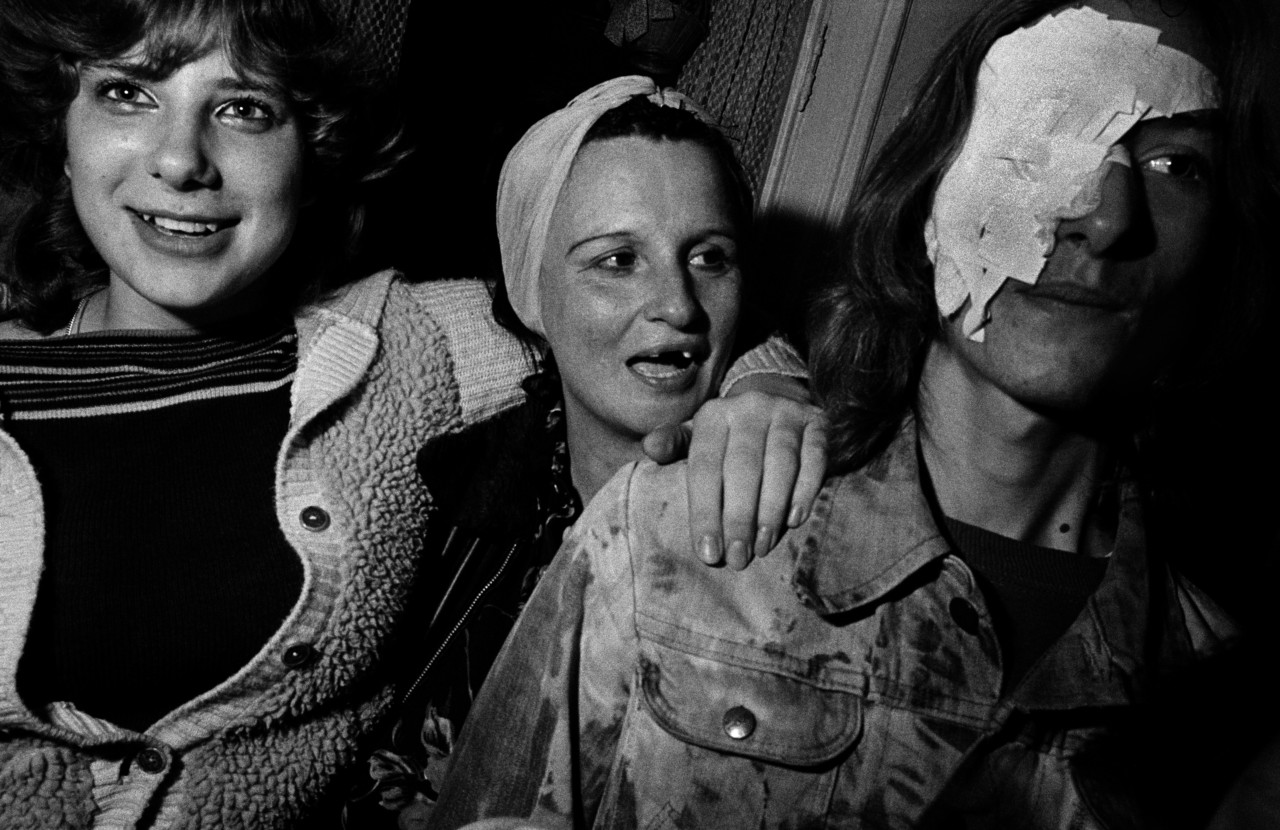 "It was amazing how I managed to talk my way into people’s houses and take photos...  I can be pretty persuasive" 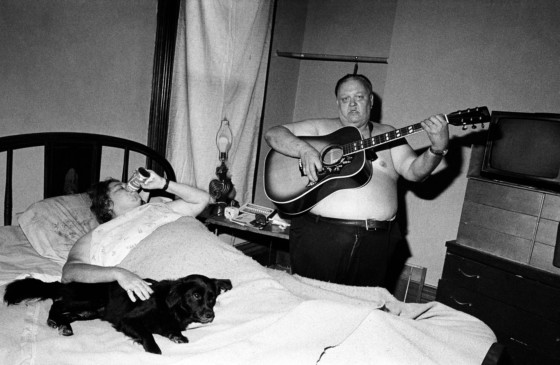 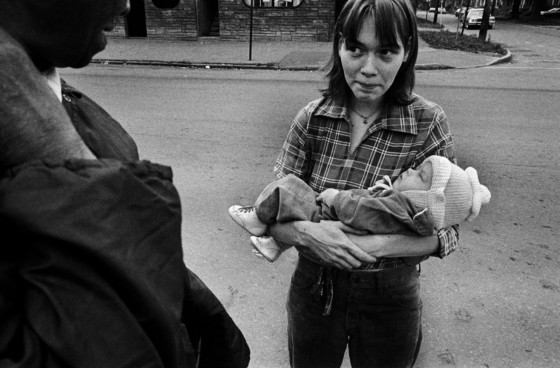 There’s another image from the book, of a young woman awkwardly holding a baby. I don’t even know if I talked to that woman, I must have been like three feet from her, and she doesn’t seem to even know I am there. If I were holding a baby I’d know everyone who was anywhere near me!

I like to photograph people who are not your average. So, if you have a lot of assisted living facilities, that’s of interest to me. And Syracuse did. I was amazed by how many people there seemed to be challenged in some way.

But what was really amazing to me was that people in Syracuse seemed to take amazing care of these people, it felt to me like a different approach: people were very cool with them. Everyone seemed to be more relaxed, and to be more ok with interacting with such people than in most places. I was even invited to come and take photos at a dance at one hospital, and to attend their picnic. The people from the assisted living places felt more integrated, and people there seemed more conscious of the importance – or benefit – of treating them as normal, rather than sealing them off or keeping them out of view. 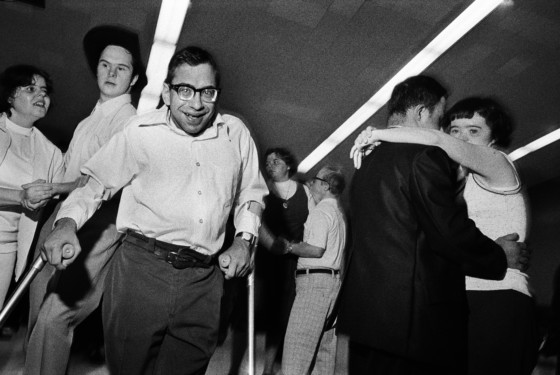 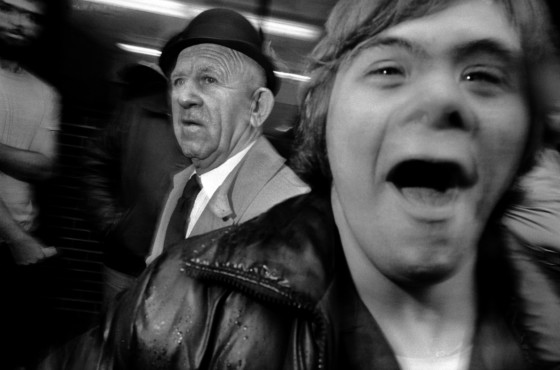 "The people from the assisted living places felt more integrated, and people [in Syracuse] seemed more conscious of the importance - or benefit - of treating them as normal" 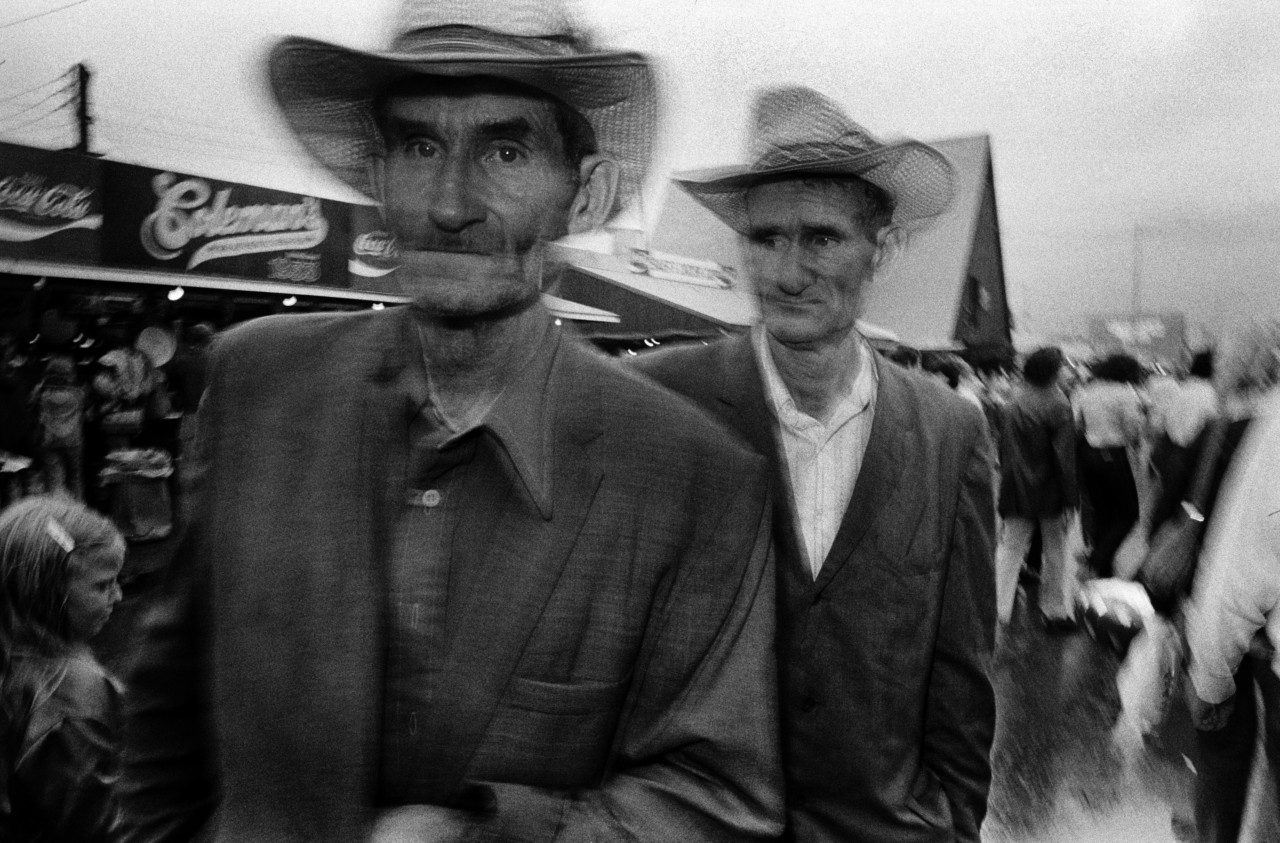 Bruce Gilden William (Left) and Delbert Ward. In 1990, Delbert would be charged for the murder of William and in 1991 would be found not guilty. The case drew national attention and was featured in the document (...)
ary film "Brother's Keeper." Syracuse, New York. USA. 1981. © Bruce Gilden | Magnum Photos
License |

I had, until very recently, never thought of this work as a book. I didn’t even think of this work as a project. I didn’t mention it in the bibliography of my Photofile book Bruce Gilden. I don’t talk about it when I lecture… I just didn’t ever know the breadth of the work until I looked at it again. There are 46 pictures in the book, I think about half of them have never been seen before.

Of course, it also has to do with how you look at things, and that changes. When I was shooting in Syracuse, back then I was all about these dynamic images. That’s what I was looking for. Now I look at the work, and I have a lot of pictures in there which are really good and do have a lot of energy, but at that time I guess I never thought they were dynamic enough, or formed well enough. I don’t know how I missed the eye patch one. Looking back on my early work there is so much I hadn’t printed, because I’m a perfectionist. 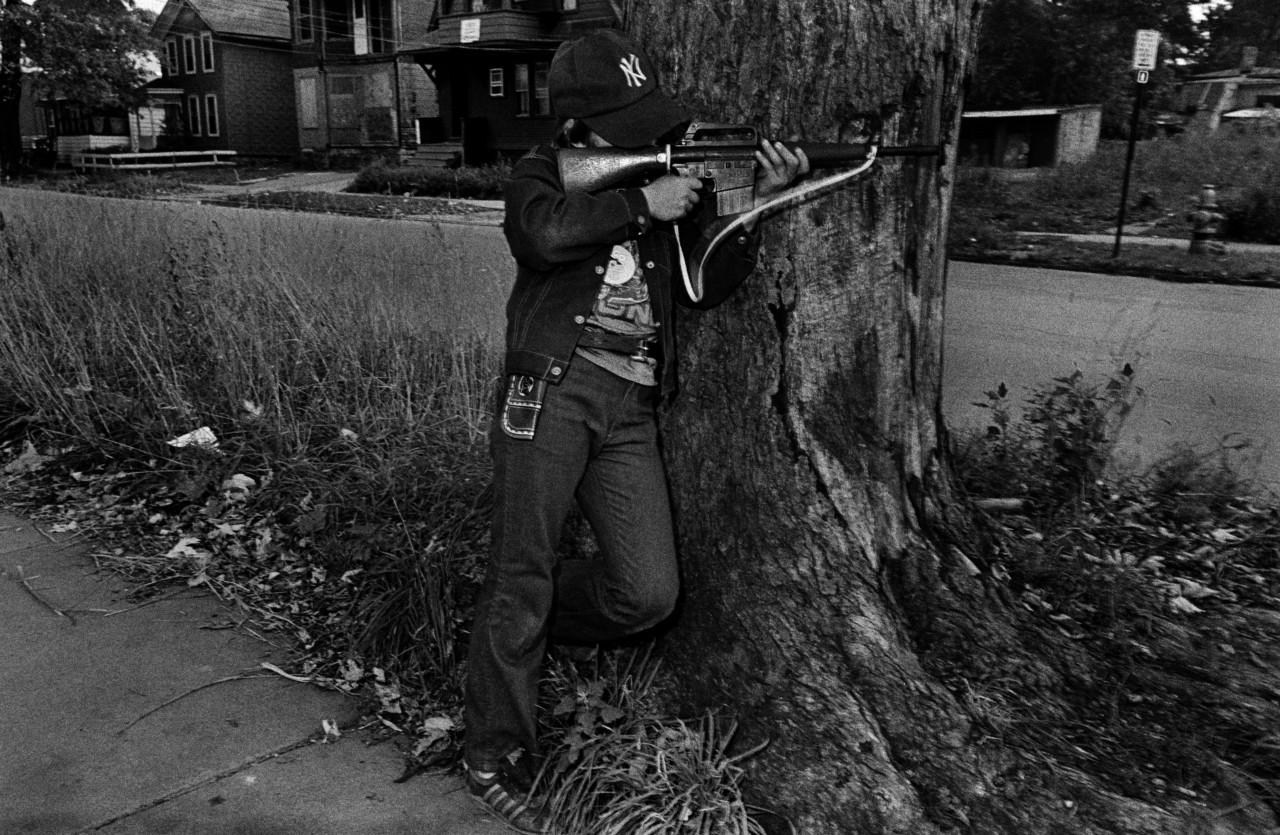 I never went back there to shoot again. I was thinking about it recently, but it’s usually bad going back to where you once worked. Maybe you don’t have the same passion as you did when you first did a project… Too many people go back to things from the past, revisit them and don’t do as well as the first time unless you do it in a completely different style. Places change, you change. 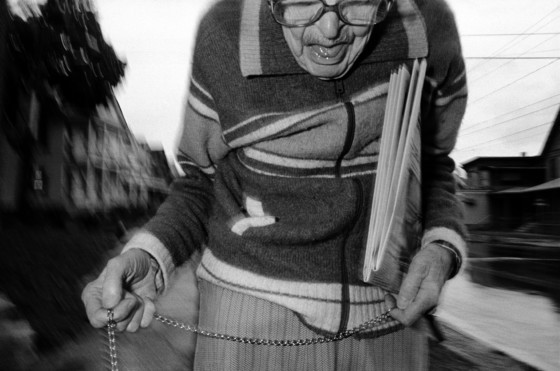