Martin McGuinness and the Troubles by Chris Steele-Perkins

On the day of former Sinn Féin politician and Northern Ireland Deputy First Minister Martin McGuinness's death, Magnum photographer Chris Steele-Perkins recounts his witnessing of the historical Milltown Cemetery attack and reflects on the career of a man who became central to the peace process 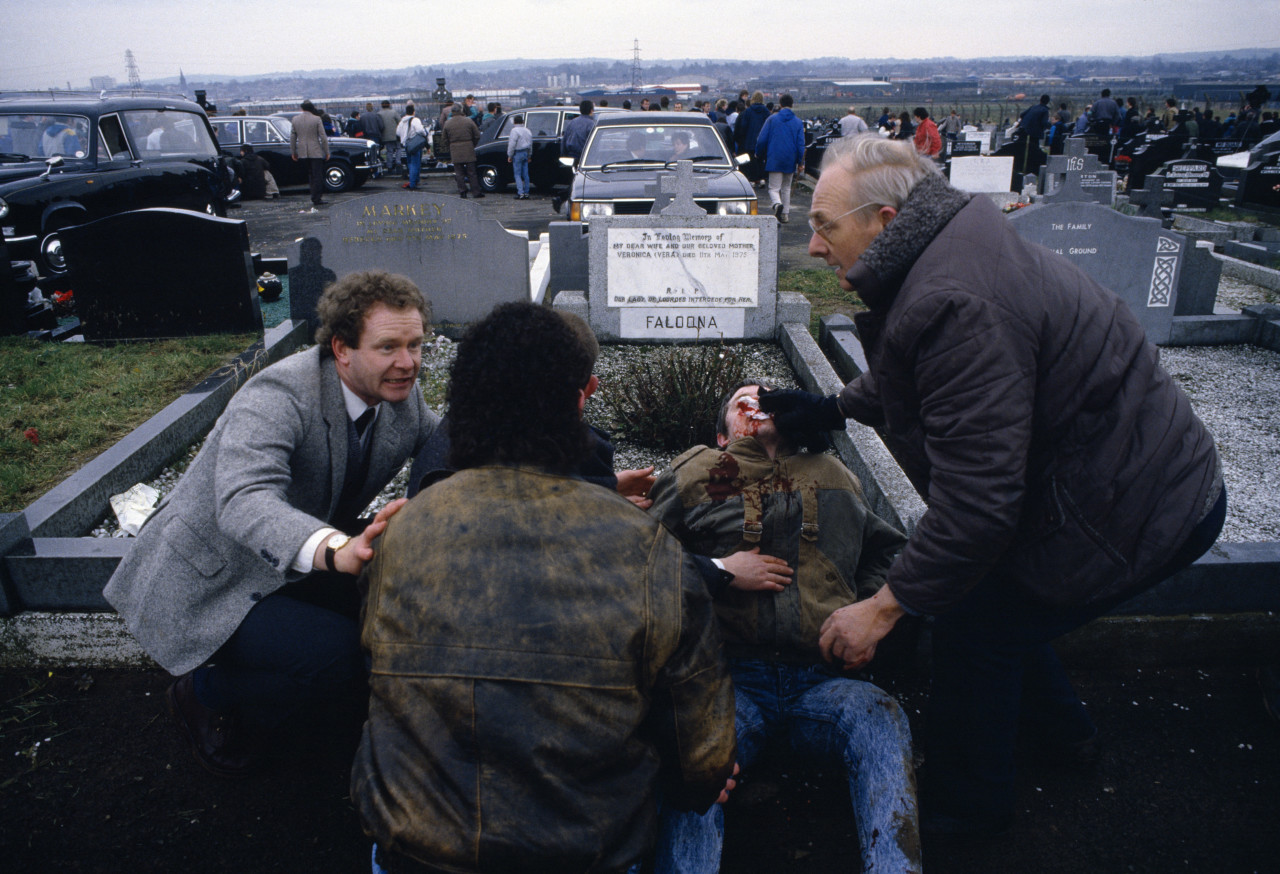 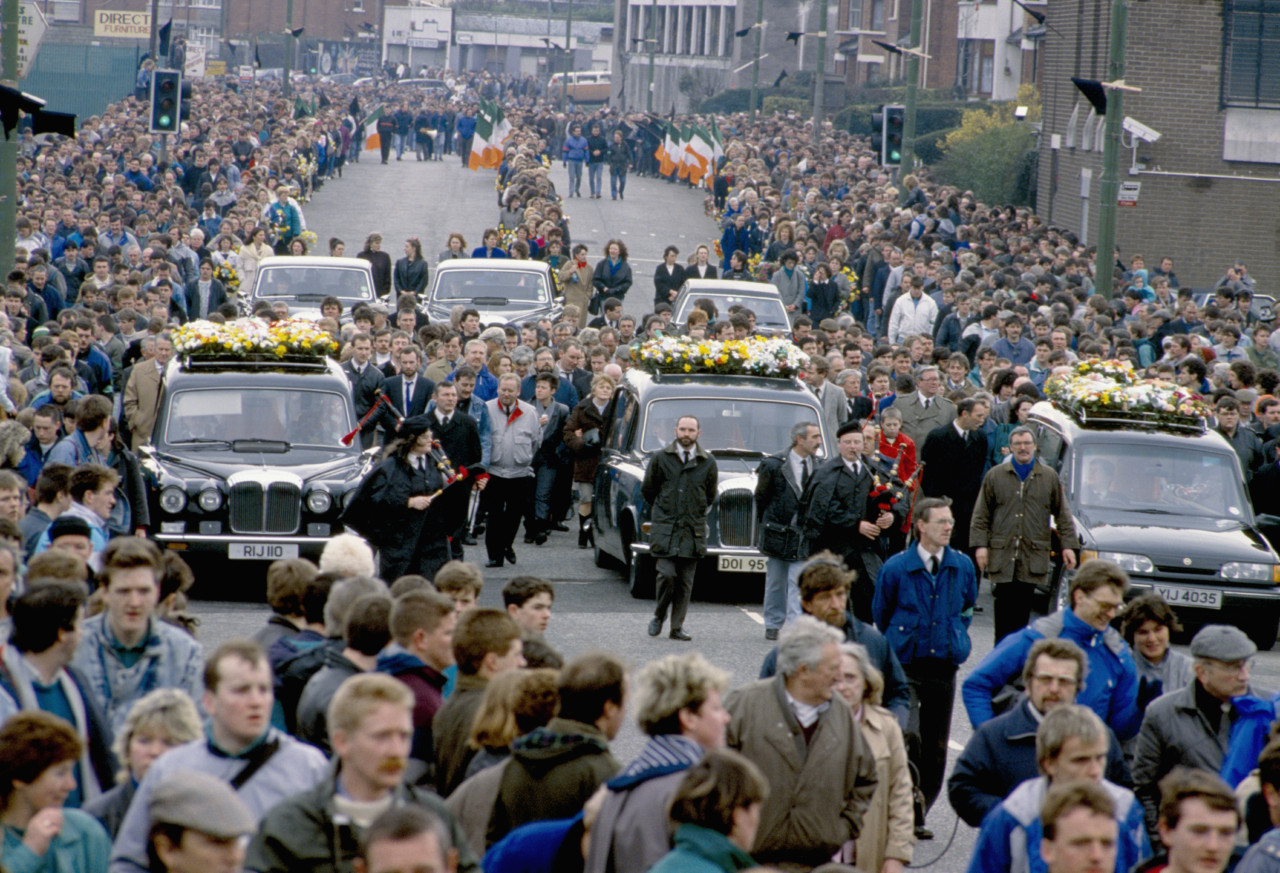 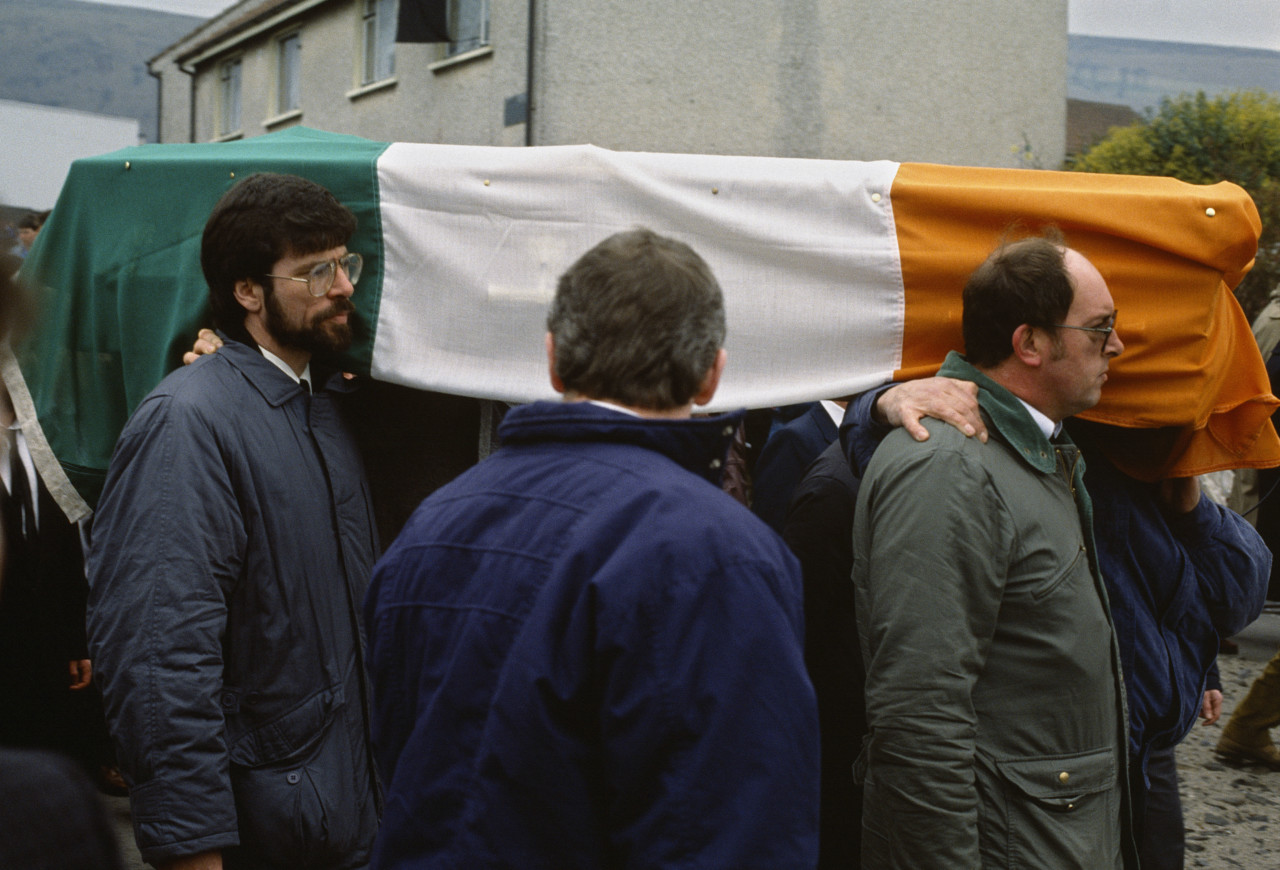 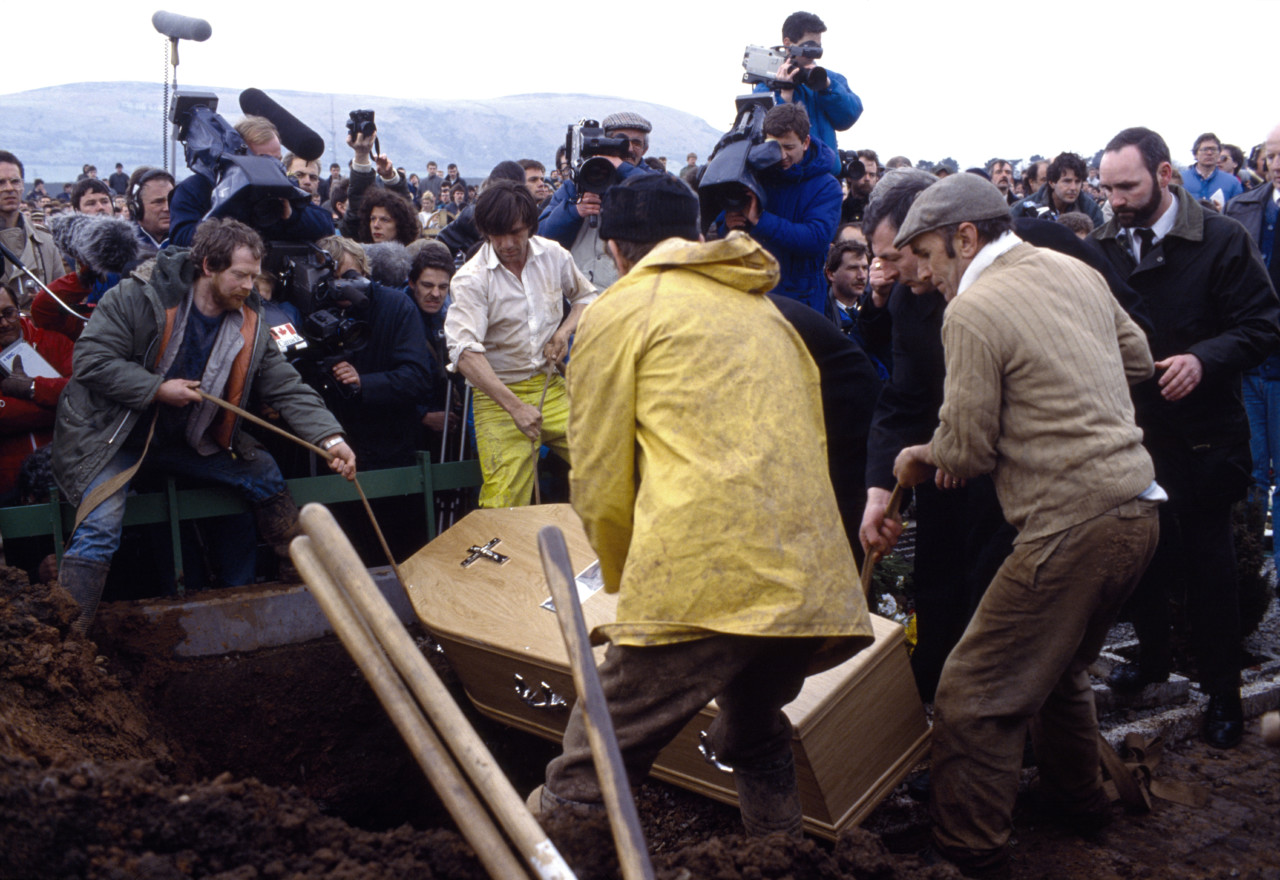 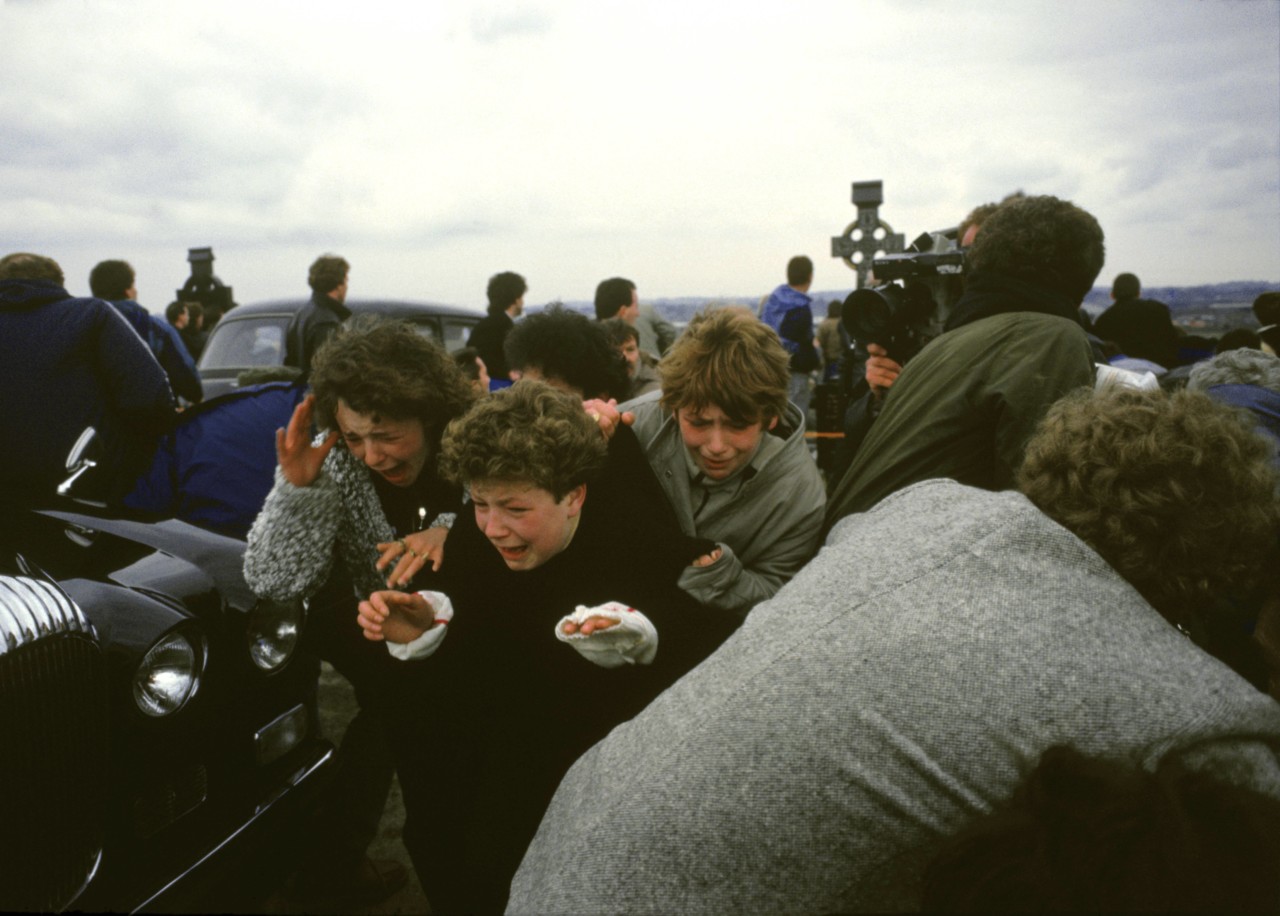 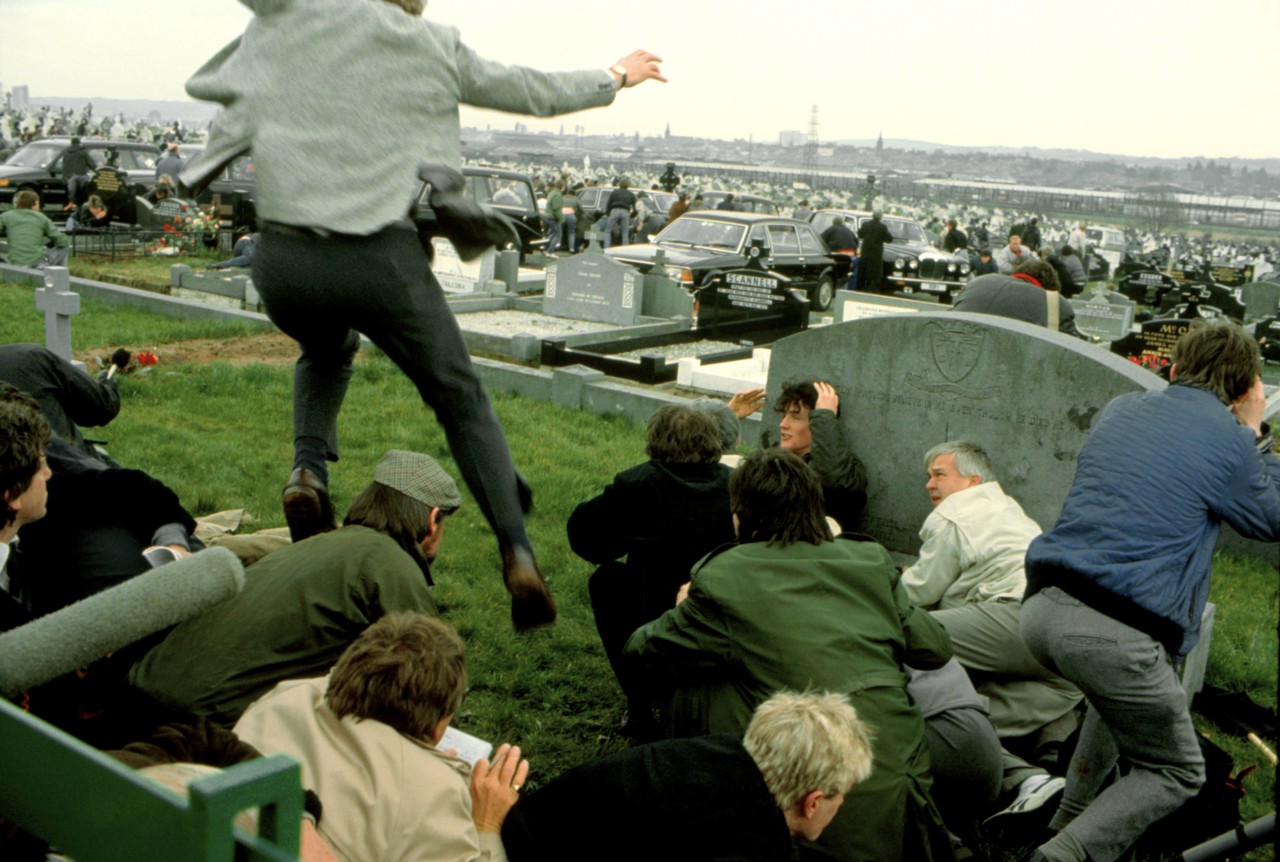 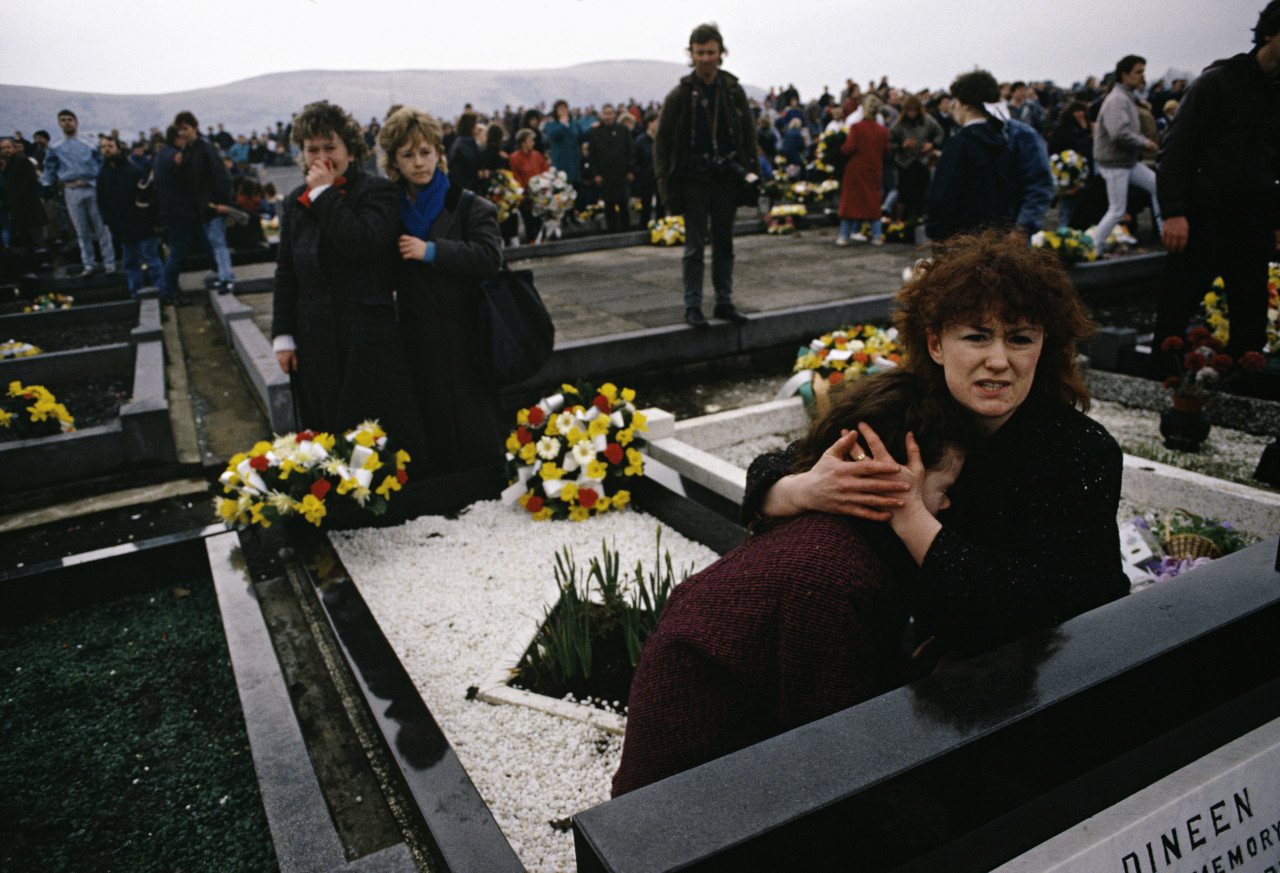 7
Chris Steele-Perkins Mourners at a Republican funeral flee for cover as they are attacked by Micheal Stone. Milltown Cemetery, West Belfast, Northern Ireland. 1988. © Chris Steele-Perkins | Magnum Photos
7
View all
Like the period in Irish history in which he played a central part, Martin McGuinness’s life was riven with conflict and controversy—and his legacy is no less charged. Formerly a commander in the IRA, he went on to play a leading role in the peace process. This juxtaposition was captured powerfully by Chris Steele-Perkins at the Milltown Cemetery attack, where he photographed McGuinness and other mourners as they came under attack.
Steele-Perkins remembers:
“It was a big funeral in Belfast of three IRA members who were killed by the British military in Gibraltar. I was on assignment for TIME magazine. The procession up to the Milltown Cemetery was slow and orderly and I got into a good position by the graveside where the leadership would gather, make the speeches and lower the coffin.

When the first explosion went off I thought we were being mortared. People were diving for cover without knowing where the attack was coming from. Nobody very close to me had been injured. I went into auto-pilot, moving around the graveyard recording what was going on in front of me: people shouting, some screaming, carrying the wounded or trying to treat them where they were. Others staggered around in shock.

I saw a white van down the hill and assumed it was where the mortars came from. It turned out they were grenades thrown by Protestant UDA member Michael Stone. The crowd captured him near the van and almost beat him to death. He was saved by the police. I knew nothing about this at the time. I stayed in the cemetery recording the mayhem there,

History is peppered with people who have resorted to violence to effect change, they are heroes, terrorists, soldiers, resistance, freedom-fighters, thugs, depending on who is eventually the winner and gets to write history. In my view, Martin McGuinness has blood on his hands, but he also had the courage and vision to engage with the peace process and bring the hard-liners with him and the peace accord known as The Good Friday Agreement was made on the 10 April 1998. Later, McGuinness became a legitimate Deputy First Minister in the devolved government. I think history will remember him as a freedom fighter and a peacemaker, rather than a killer and a terrorist.”

Martin McGuinness and the Troubles by Chris Steele-Perkins