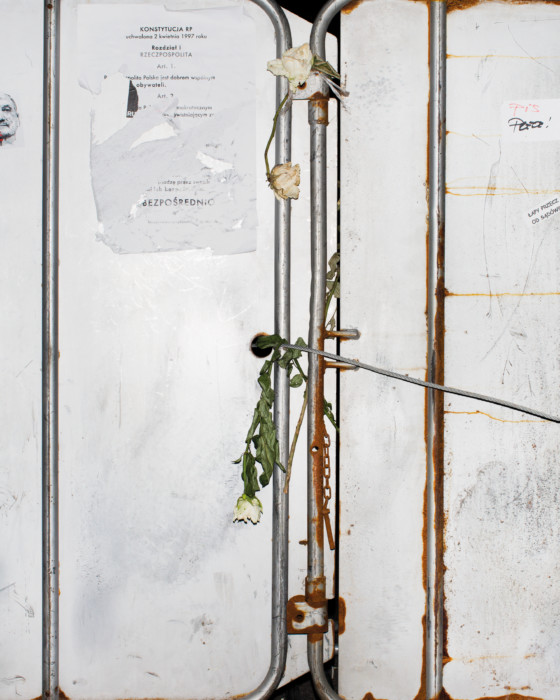 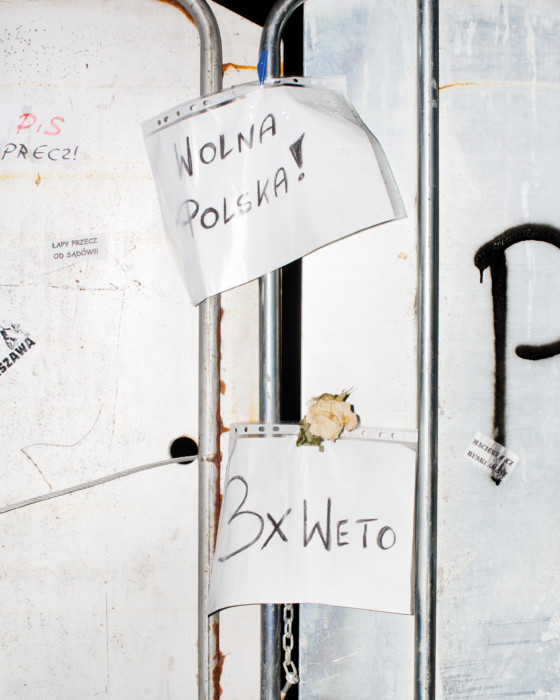 Seventy years ago on December 10, the United Nations General Assembly adopted the Universal Declaration of Human Rights, a milestone document that “proclaimed the inalienable rights which everyone is inherently entitled to as a human being”. To mark this, a new theme called ‘Human Rights at Home’ reflects on the work of three Magnum photographers who have reported on injustices in their country of birth. All three photographers have worked on such issues extensively around the world but how difficult is it to turn one’s gaze inwards and examine the flaws that exist in “your own backyard”?

Below, Liza Premiyak talks to Magnum’s Rafal Milach about his project documenting the July 2017 protests that called for judicial independence in his home country of Poland. 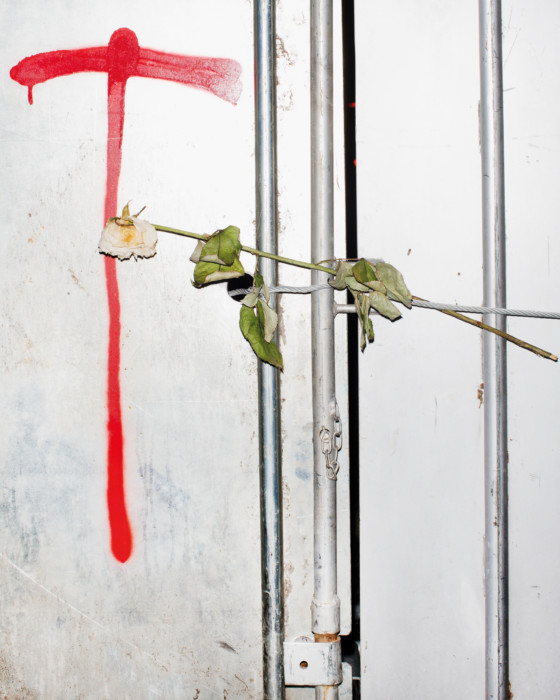 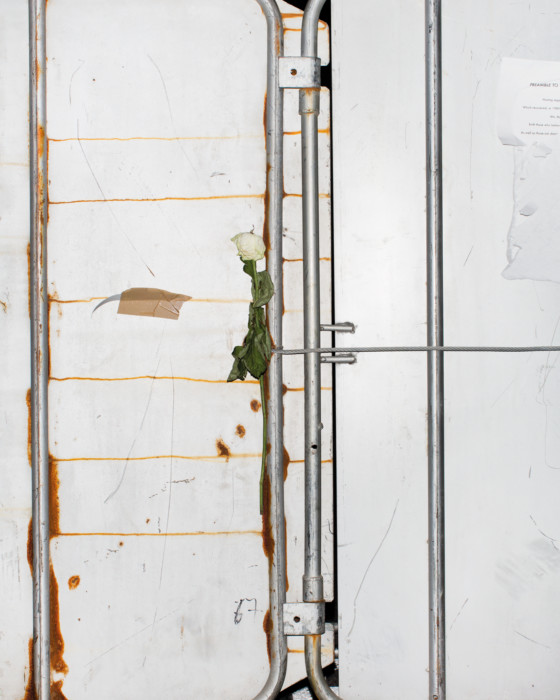 It is one of the most enduring images of 20th-century protest: a young woman holding a single chrysanthemum before a row of bayonet-wielding soldiers. Marc Riboud’s original photograph from the 1967 anti-Vietnam March on the Pentagon became synonymous with the Flower Power movement of the period. The history of photography has produced countless spine-tingling confrontations such as this, between peaceful protesters and impassive authority figures. In 1989, it was a man staring down a column of tanks at the Tiananmen Square protests. In 2000, it was a Palestinian boy throwing a stone at an Israeli tank on the Gaza Strip. In 2018, it was a Black Lives Matter protester in a flowing summer dress facing down armed officers in riot gear.

Rarely is life as clear cut as these images of social conflict suggest, which is the reason we’re drawn to them. The strongest protest photos are those that encapsulate the intensity of a political battle — be it for peace, justice or equality — in a single image. Yet how much do these snapshots really help us understand the complexity of human rights struggles around the world? 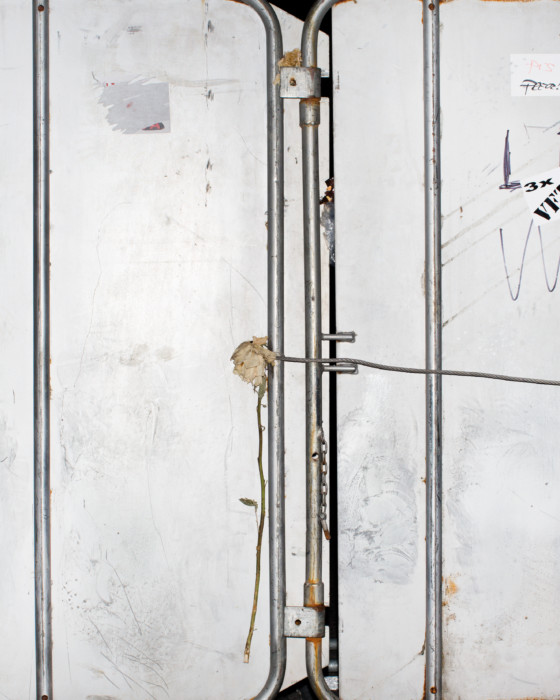 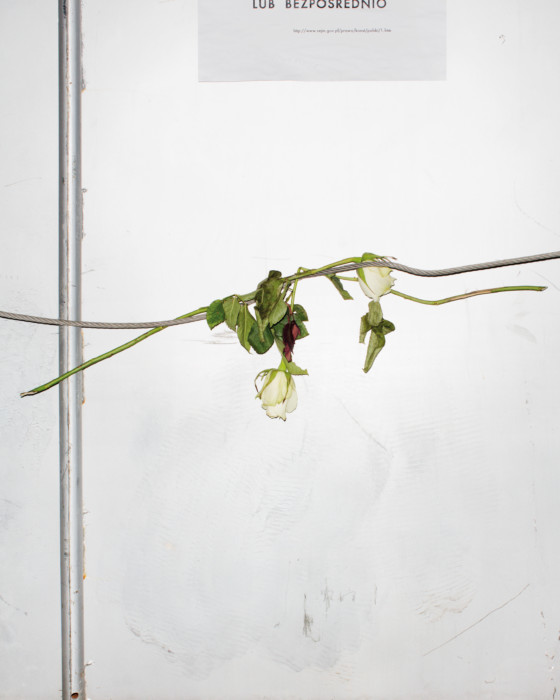 Rafal Milach’s photos from the July 2017 protests outside parliament in Warsaw were taken 50 years after Riboud’s. They depict the dozens of roses stuck on crowd control barriers, alongside signs and placards brought by protesters fighting for Poland’s judicial independence. For the last two years, Milach has been attending demonstrations against the ruling Law and Justice (PiS) party, the right-wing populist party which swept to power in 2015, and its controversial legal changes, which include enforcing stricter abortion laws, censoring speech around the Holocaust, and placing the country’s courts under political Control.

“For a regular person from outside of Warsaw, judiciary independence seems to be an abstract issue compared to your life and your daily problems. When there is no institution or body that can control the government — that means autocracy. Whenever a government can do whatever they want it becomes dangerous. They have absolute freedom to do whatever they want in a legislative way,” says Milach. Meanwhile, Poland is in the midst of its own media war. When state owned media is reporting that people support the bills and the government, Milach says that it’s his artistic duty to “respond with the tools that I have”.

"How could I represent the mood of the demonstrations without reproducing news photography?" 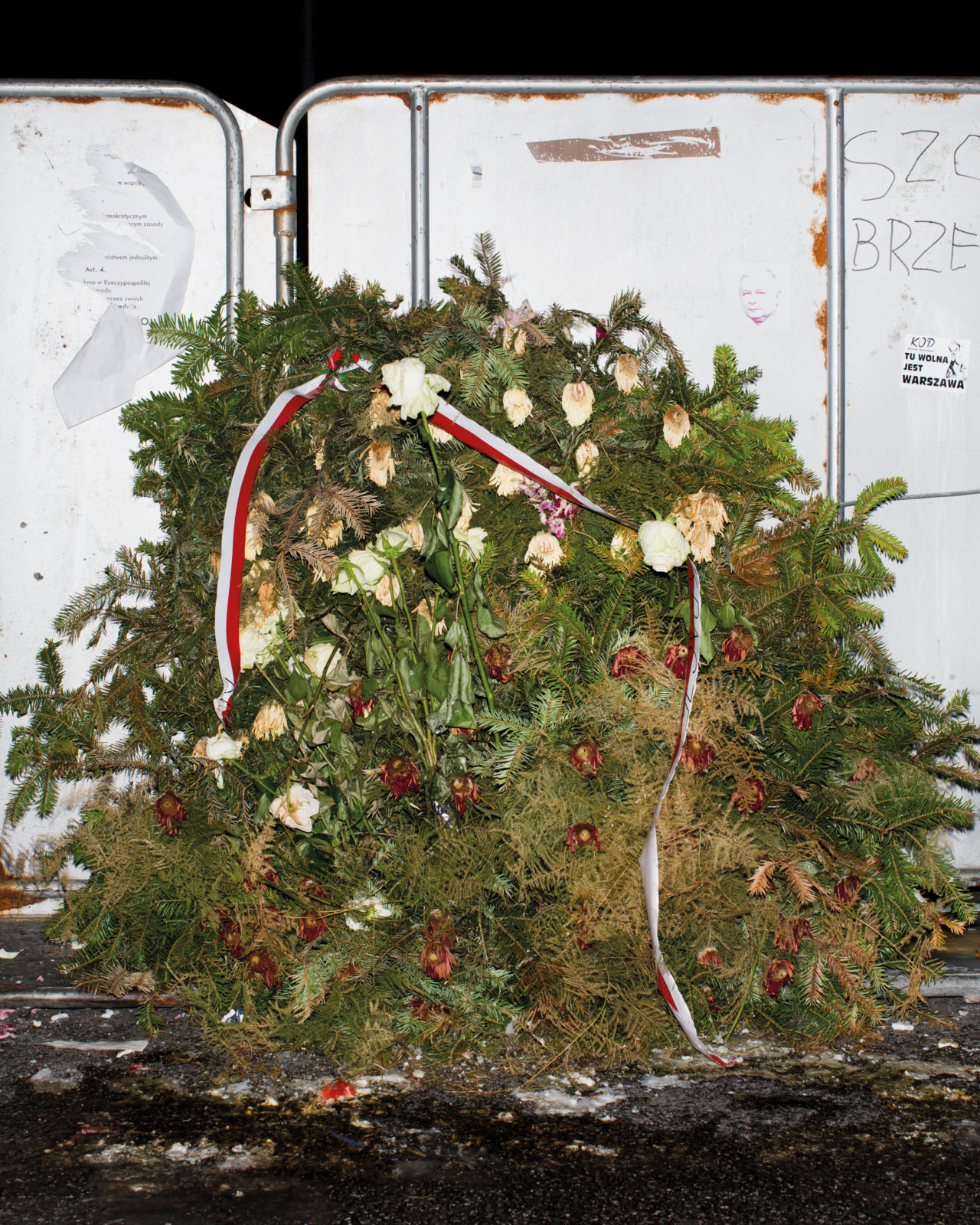 At many of these demonstrations, protesters started bringing white roses as a symbol of peaceful resistance — a reference to The White Rose, a student group that led a nonviolent movement against Hitler’s regime in 1940s’ Germany. These white roses have a particular poignancy in a city like Warsaw, a large part of which was reduced to ashes and rubble by the Nazis, who also deported or murdered around 300,000 inhabitants during the Ghetto Uprising of April 1943.

The Polish photographer found the combination of “delicate white roses” and “brutal metal structures” especially moving, a potent symbol for the imbalances of power at play. “I’d been struggling with the visuality of the protests. How could I represent the mood of the demonstrations without reproducing news photography. It’s too short lasting — how could I keep the symbolism, while avoiding straightforward documentary representation?” 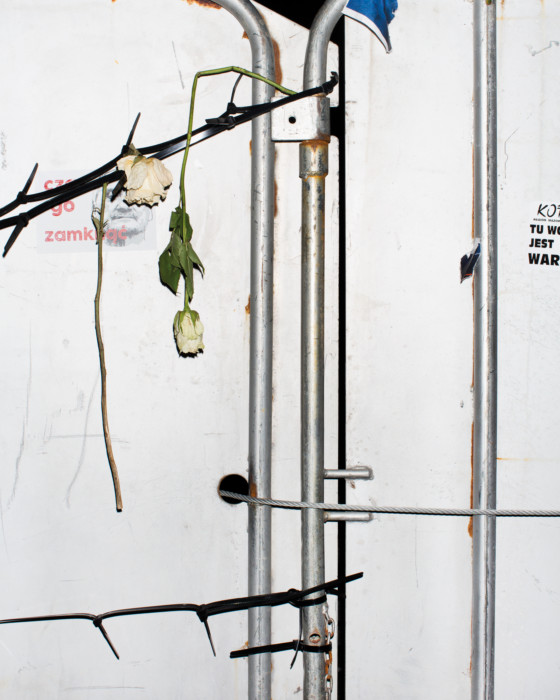 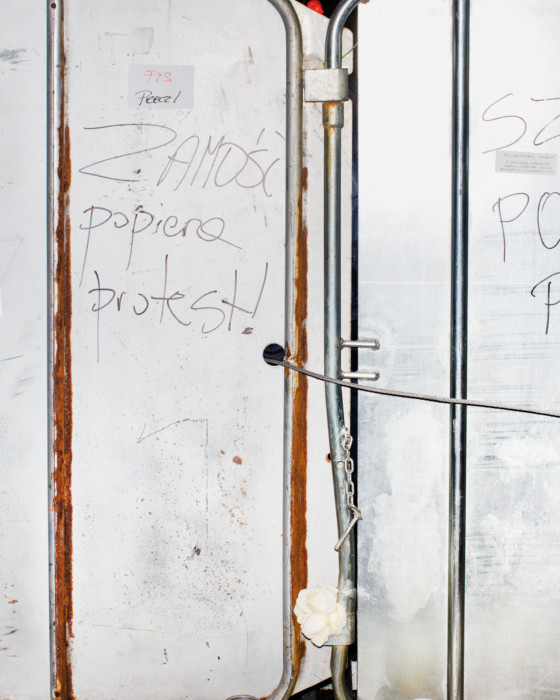 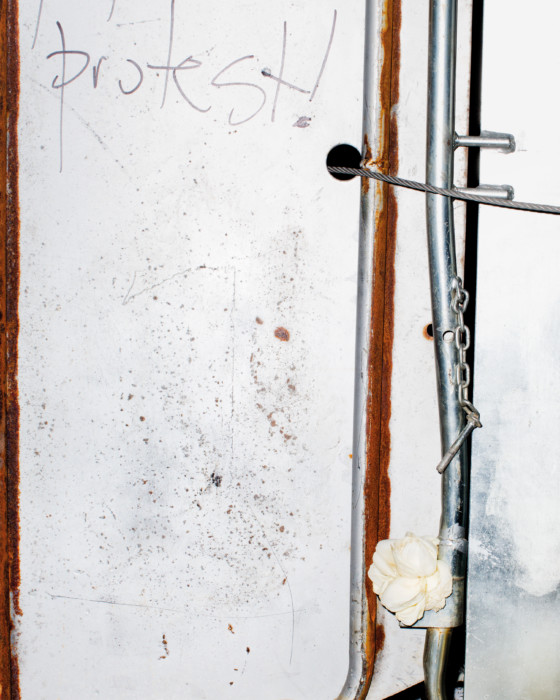 Nearly Every Rose on the Barriers in Front of the Parliament might take its name from Ed Ruscha’s 1966 photo book Every Building on the Sunset Strip, but Milach’s photo series belongs and responds to the canon of protest photography. With striking simplicity, Milach’s images replicate the binary conflict between good and evil we come to expect. Compared to the Flower Power photos, however, Warsaw’s white roses are noticeably wilted.

“Looking back, the protests of July 2017 were a climax,” says the photographer. “That July, President Andrzej Duda vetoed two proposed laws limiting courts’ independence. The mood was intense yet enthusiastic. You really felt this huge energy in the streets, that your presence had meant something.” Protesters marched with hope, with the recent nationwide ‘Black Protests’ — which prompted the government to abandon a bill criminalising abortion — fresh in their minds.

"Whenever a government can do whatever they want it becomes dangerous" 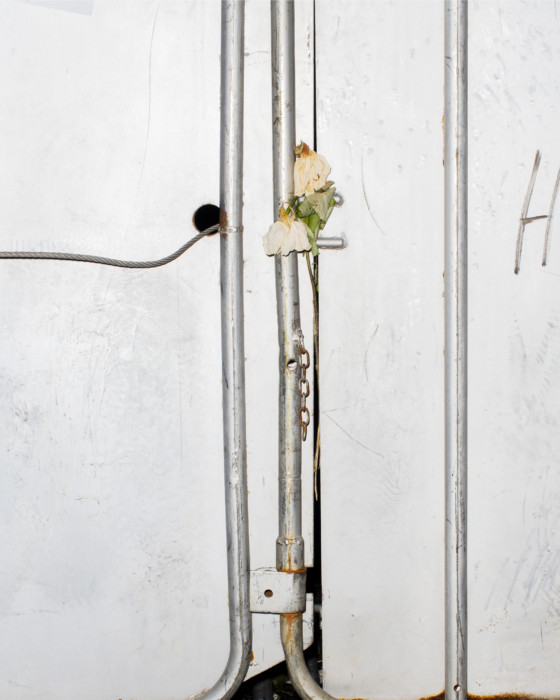 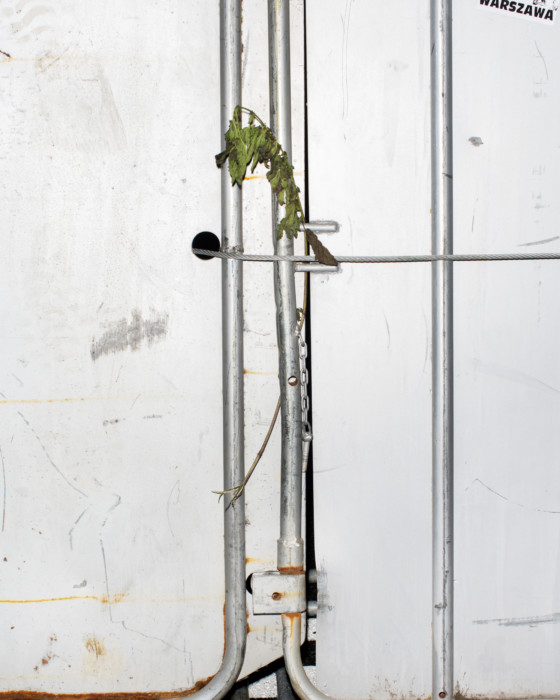 The protests against judicial reform were still ongoing when Milach published his book in September 2017, and continued until July 2018, when the President signed into law a measure letting the government nominate judges to the supreme court. This new law came into effect on the anniversary of the original proposals but has since been reversed as of November 2018 following a ruling by the EU Justice Tribunal. Describing the difference in atmosphere a year later, Milach says: “People are tired. If you’re protesting the same thing, naturally the energy is different.”

The book was published in a leporello format, which means that it can be unfolded to stand like the barrier it represents. On one side you have photos of white roses. On the other, portraits of policemen, some expressionless, some smiling, blown up in a style reminiscent of Barbara Krueger’s protest posters.The broader context of these protests complicates any simplistic reading of Milach’s barricades; there is so much we cannot see. For instance: far-right groups as well as human rights protesters can also be found marching on Warsaw’s streets, as demonstrated as recently as November 11, during the 100-year anniversary of Poland’s independence, where the country’s president was joined by the far-right National Radical Camp (ONR). “There are people still living in Warsaw who participated in the Warsaw uprising. With all the neo-fascists walking through the streets, you can’t help but think how devastating this has to be for the very people who fought against the Nazi ideology.”

Where does photography fit in? “It depends on how [the camera] is used,” says Milach. “It can be a powerful tool. It can also be ignored. I am not concerned about reproducing existing images. Everything has been done already. History repeats. We are facing the same problem over and over again, and the images are a testament to this.” 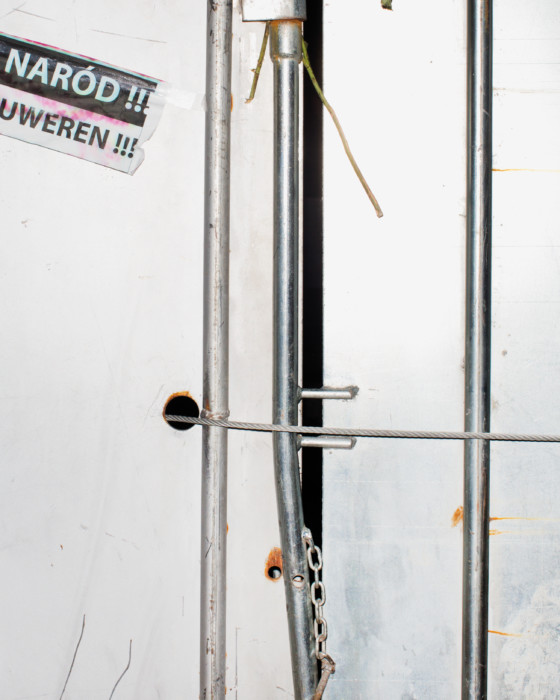