Photographer Myriam Boulos joined Magnum as a nominee in 2021. Lebanon-based Myriam discusses her work, her processes and how she developed her approach 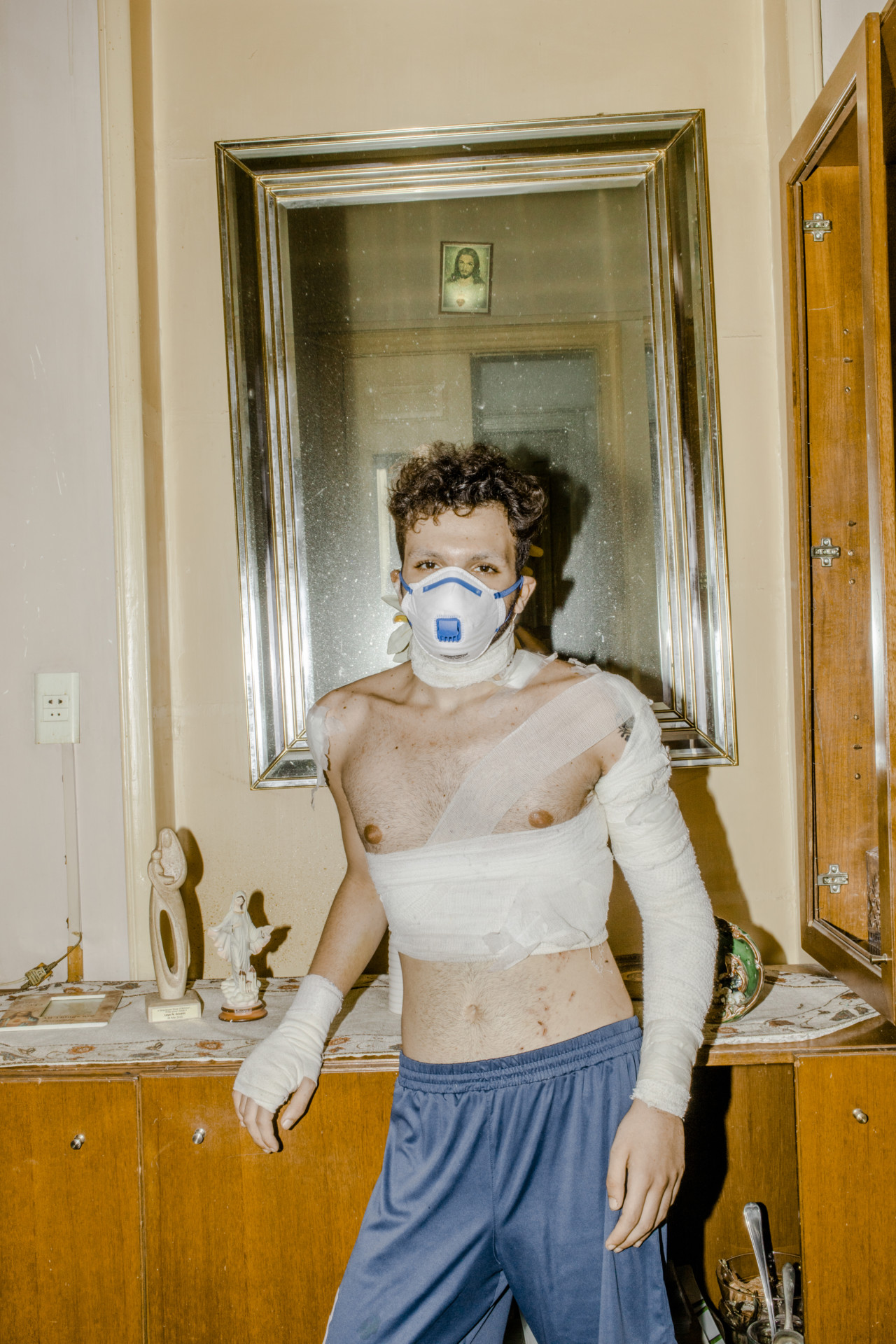 Myriam Boulos I remember Andrea’s tears while we were walking towards his destroyed house that he was seeing for the first time since the explosion. Beirut, Lebanon. 11 August. 2020. © Myriam Boulos | Magnum Photos

Based in Beirut, Lebanon, Myriam Boulos joined Magnum Photos as a nominee in September 2021. “I’m fascinated by people, but naturally a very shy person,” she says. “When I was 16 and I found photography, I knew it was the perfect medium for me. It became a way of exploring and questioning the city, and my place in all of it. It quickly became, for me, a method of defying and resisting the system we live in. Now I am trying to shed light on things that are oppressed or normalized when they really shouldn’t be.”

For Myriam, photography is a way to “get closer to reality”, using her camera to make sense of what she sees and experiences. “It’s more of a need than a choice,” she explains. “I obsess about things and I don’t know how to deal with these obsessions in any other way but photography. I don’t sit down and brainstorm things I could work on; it’s more like: I really need to work on this because it’s been in my head and stomach for months.” 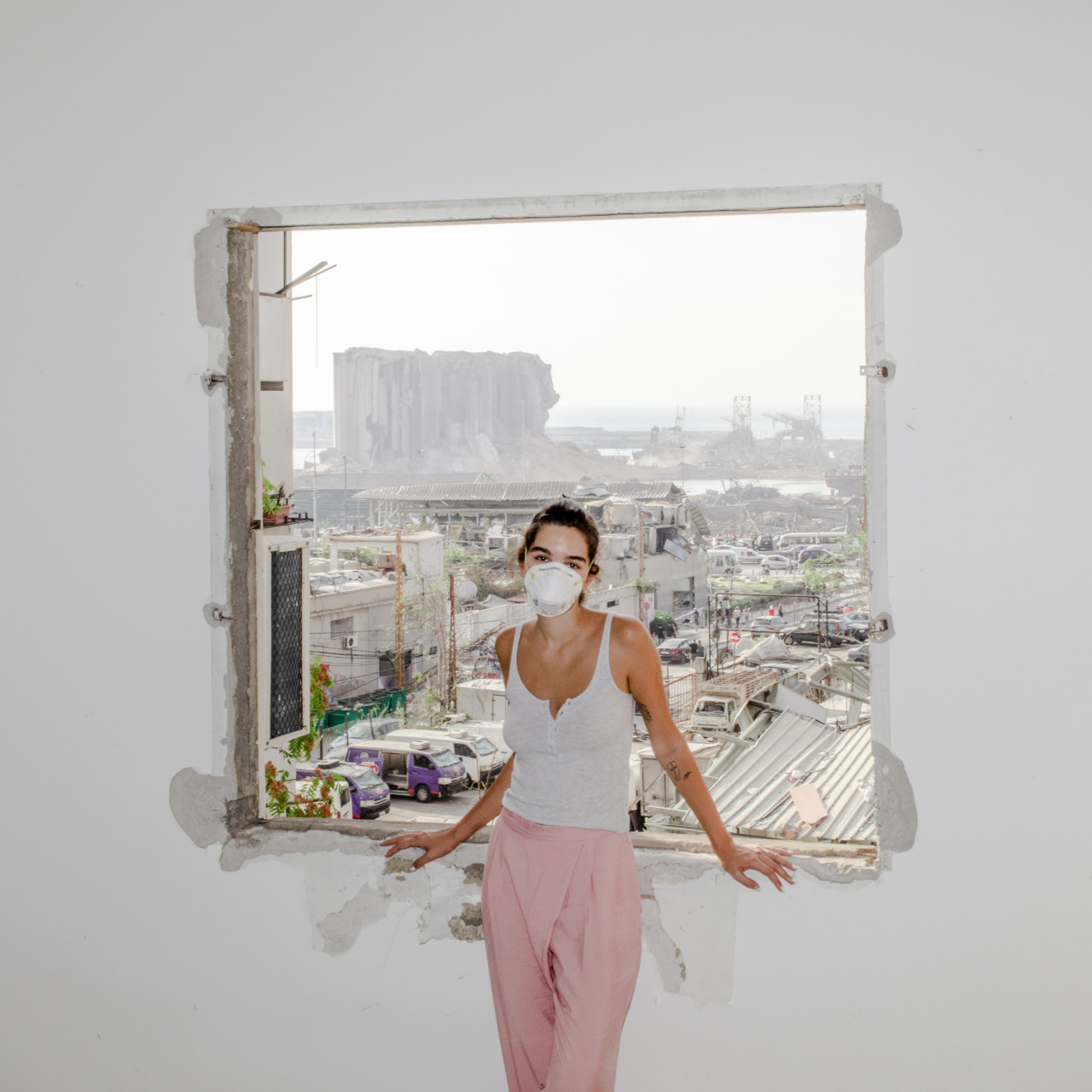 Nour couldn’t listen to music for weeks after the explosion. Beirut, Lebanon. 6 August, 2020.

"I obsess about things and I don’t know how to deal with these obsessions in any other way but through photography." 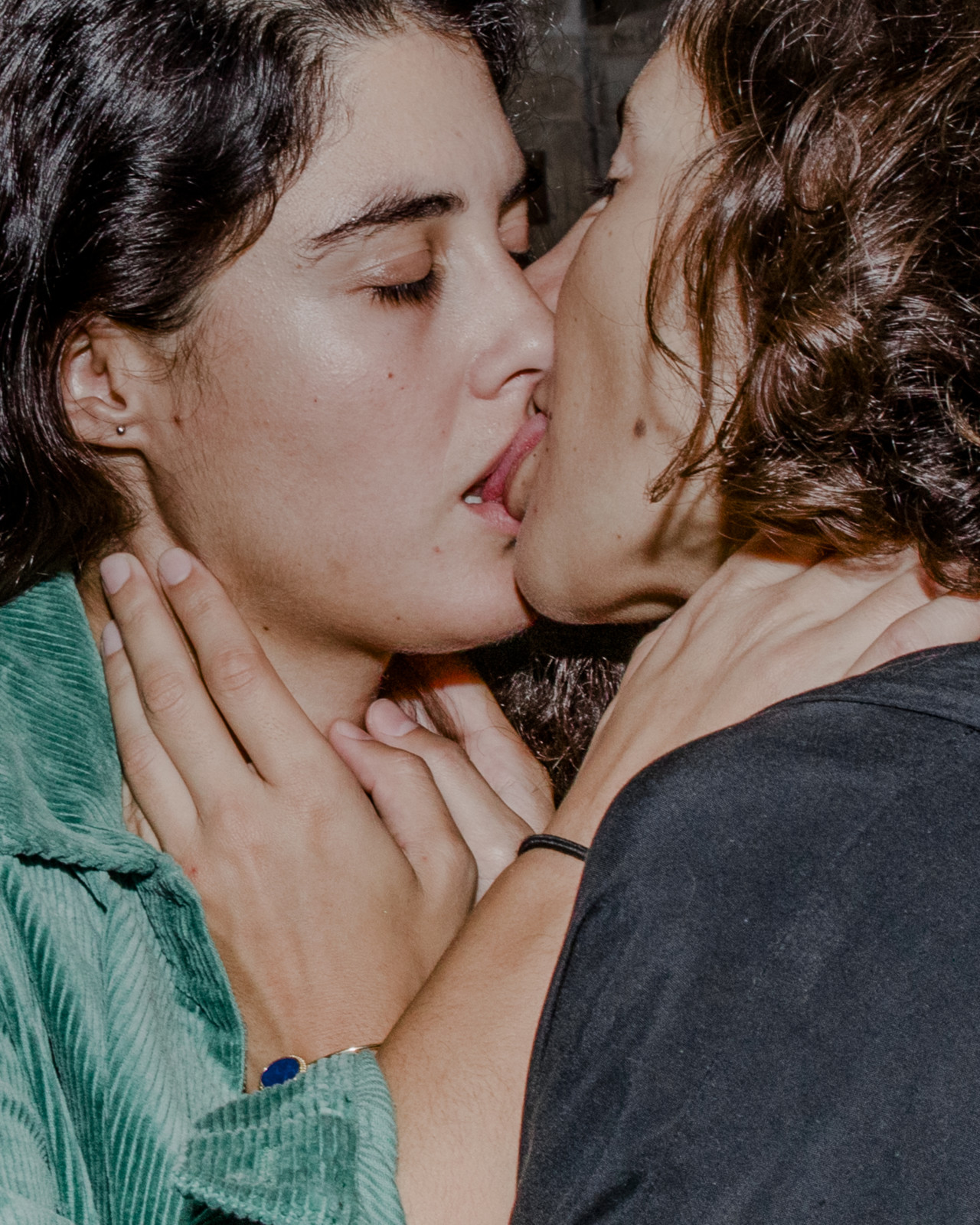 The experience of living in Beirut has shaped the way in which Myriam works. “In 2018 I felt like I was at a dead-end – in my city and in my body,” she says. “In 2019 the revolution happened and it was an answer to everything that I was feeling and questioning.” Documenting the revolution, which started in October 2019, was her way of participating in it. Lebanon witnessed an unprecedented popular mobilization that brought together people from different sects, regions, social classes and nationalities, calling for the fall of Lebanon’s political elite. The uprising was triggered by systemic corruption, repression, growing inequalities and signs of an imminent economic collapse.  “It all felt as if we were coming out of an abusive relationship to finally say: No, this is not normal.”

More recently, in 2020, she photographed the aftermath of a devastating explosion at Beirut’s port, which killed 221 people, injured over 6500, and led to the immediate displacement of 300,000 people whose houses got destroyed. These two historic moments and Myriam’s reflection on them have manifested themselves in a change to the way in which she worked. “I realized how aggressive making an image was. Especially with the approach I was using, it was almost selfish in some ways,” she recalls. 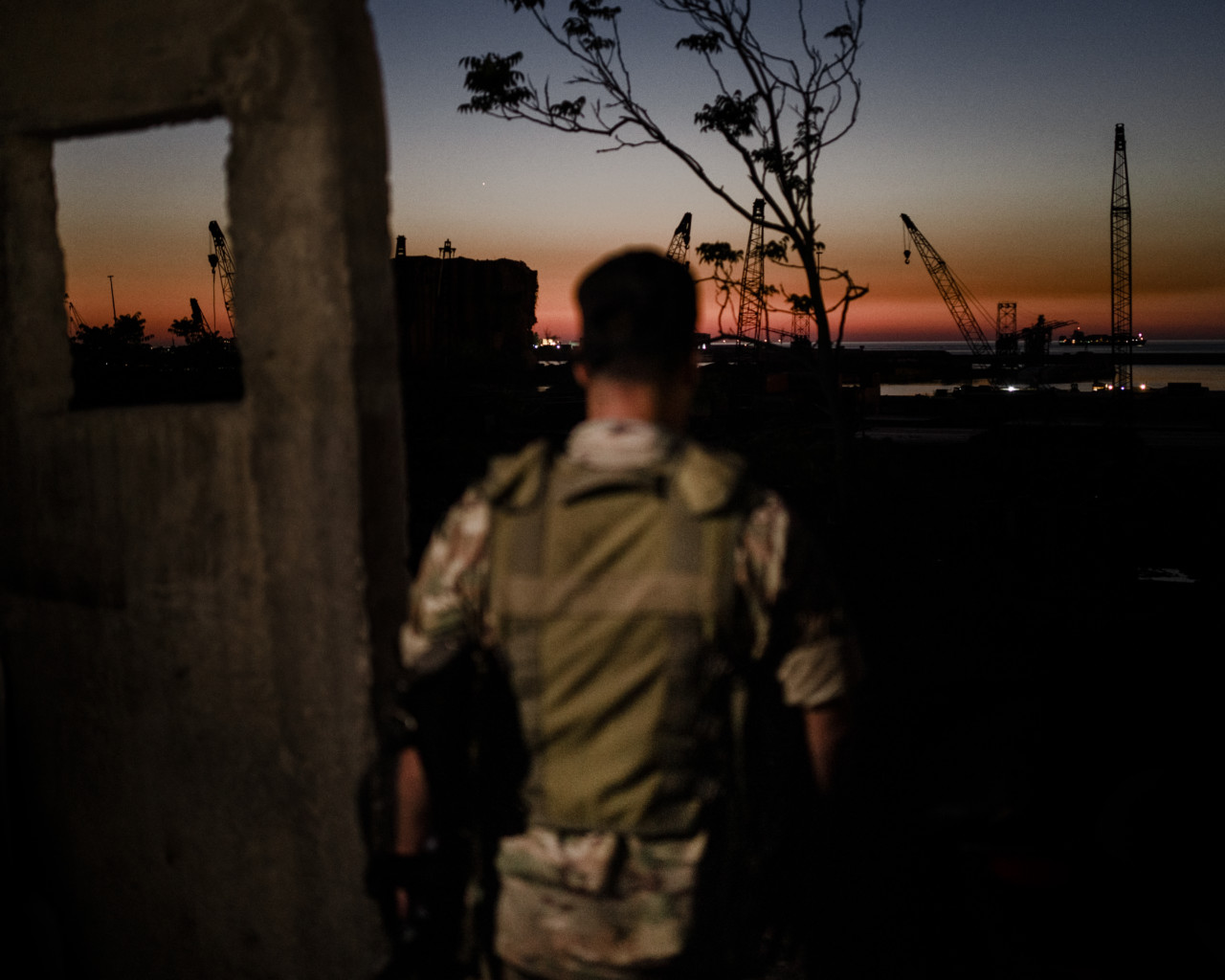 Myriam Boulos Today I went to the port. It was a full moon. The first thing I thought was that the view is beautiful. Beirut, Lebanon. 27 May, 2021. © Myriam Boulos | Magnum Photos 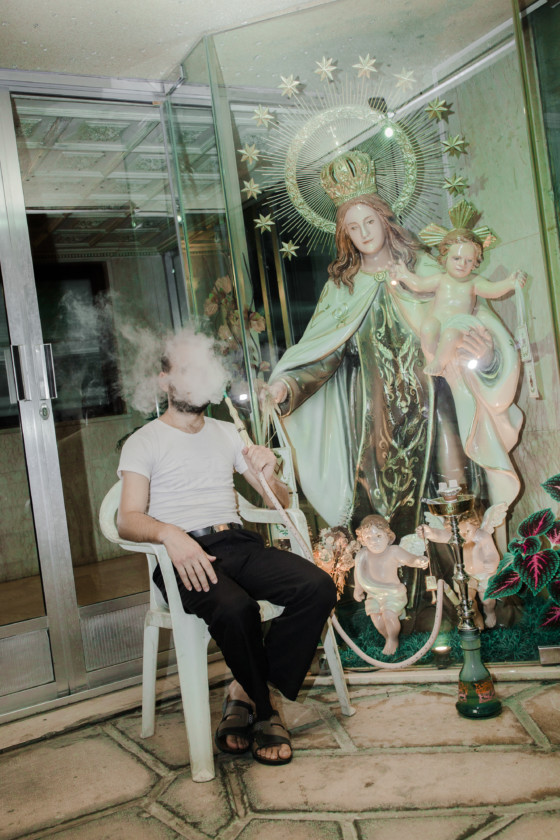 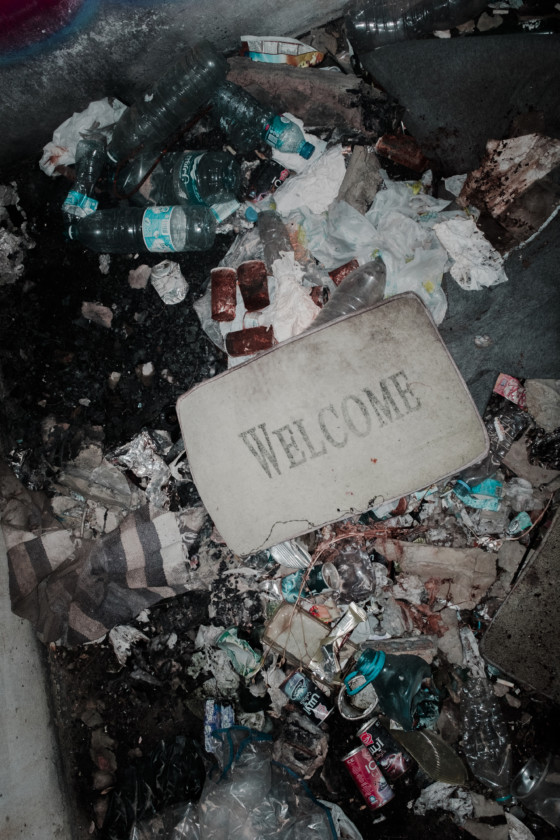 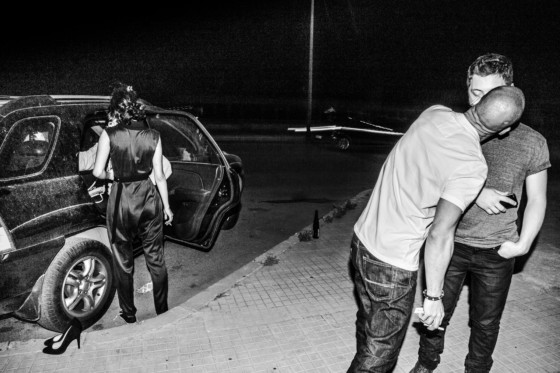 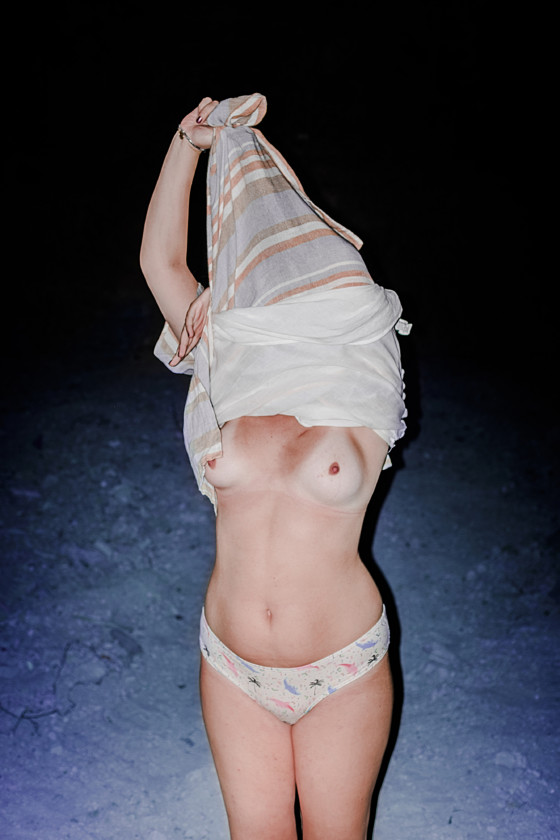 Myriam Boulos My friends and I used to take pictures naked in the streets of Beirut. It was our own way of reclaiming our streets and our bodies. Everything that is supposed to be ours. Beirut, Lebanon. 22 Septe (...)
mber, 2017. © Myriam Boulos | Magnum Photos

A third project with which Myriam is currently developing is about women’s sexual fantasies. This ongoing work sees the photographer invite women to share their fantasies and then art-directing how exactly they want to present themselves to the camera. “I am not even choosing who I am photographing,” she says. “I do open calls and people contact me, they choose if they want to be present in the image, what they want to show and they write their own texts. It’s about owning our bodies and our fantasies – owning what is supposed to be ours. Women’s sexuality is so often explored through the male gaze, this is us talking about it on our own terms.”

Although busy with her ongoing photographic projects, Myriam is also collaborating on Al Hayya, a feminist magazine that publishes literary and visual content on the works, interests and the strife of women, bilingually in Arabic and English. “The magazine is a way of celebrating the work of the women of our region, a way of telling and listening to each other’s stories,” says Myriam. The magazine will launch in January 2022. “It’s a magazine for us, by us,” she explains.

Currently in Paris on a residency, Myriam will return to Beirut at the start of 2022. “What I love is that intense moment when you are in contact in real life with real people,” she says. “And then you can take time to be alone with the images, editing and processing them.” 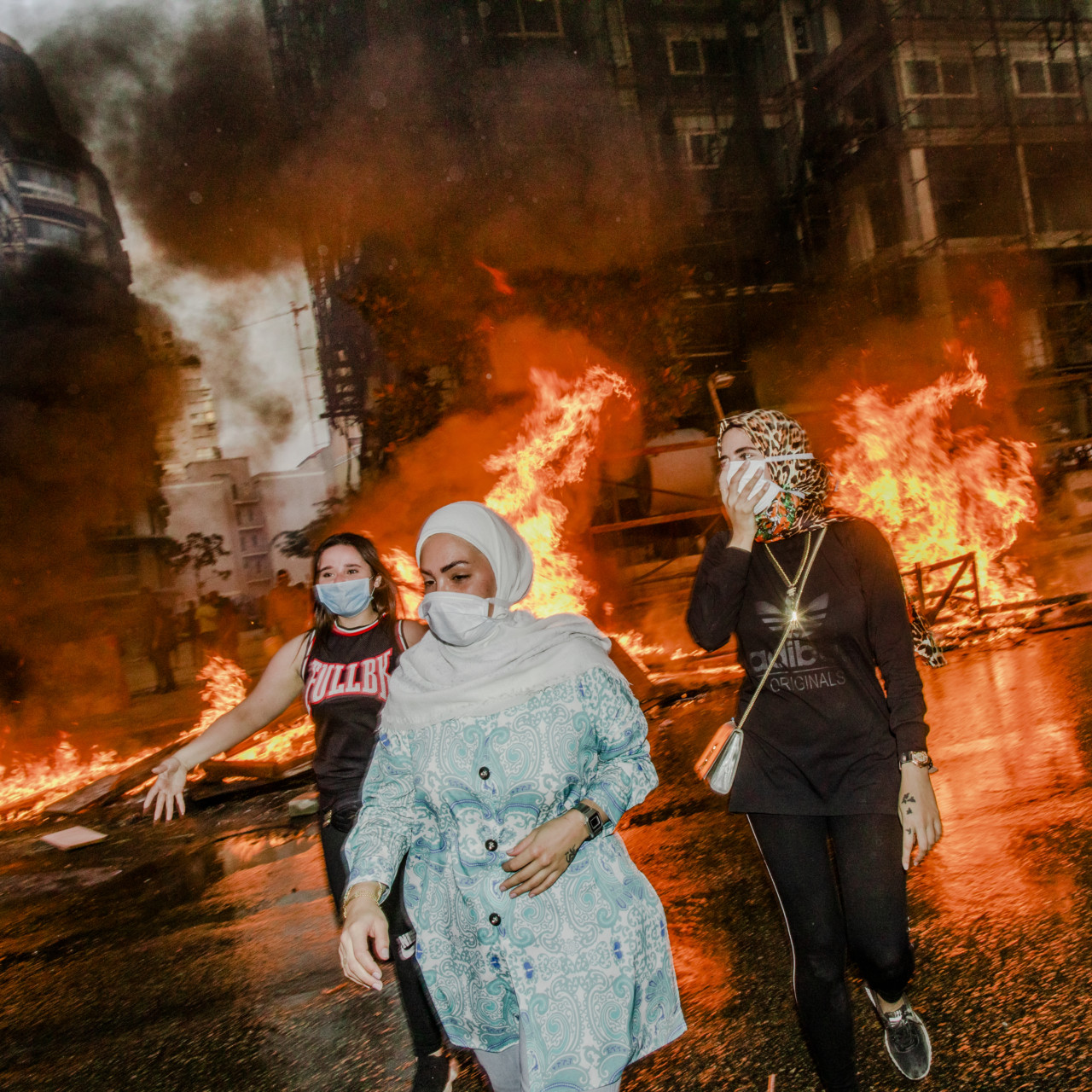 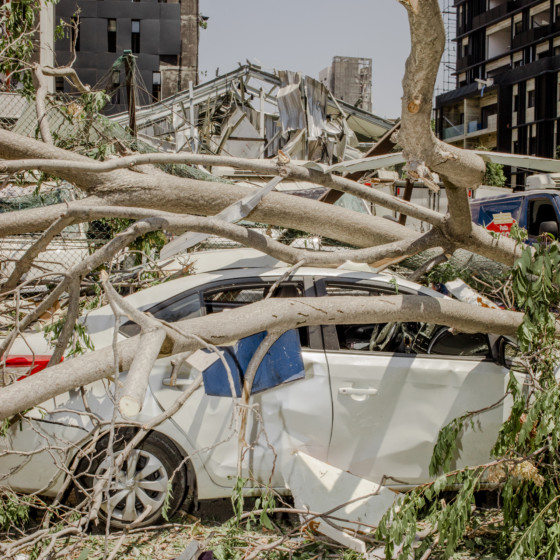 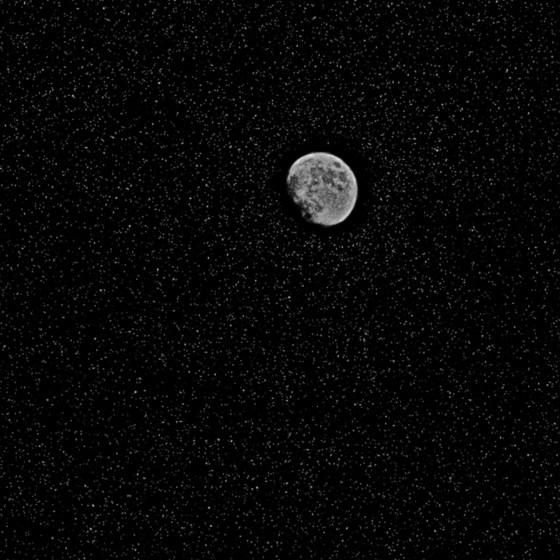 Myriam Boulos Beirut, Lebanon. 2 July 2020. "April 28 7:15pm Beirut, Lebanon I have this feeling like The last breath before going underwater, or into teargas. I feel like a difficult phase is waiti (...)
ng for us. And I need to remind myself that I can be okay. It's as if I'm going to fall asleep and be taken in a dream that I don't control. Sounds like death. Everything will be alright." © Myriam Boulos | Magnum Photos 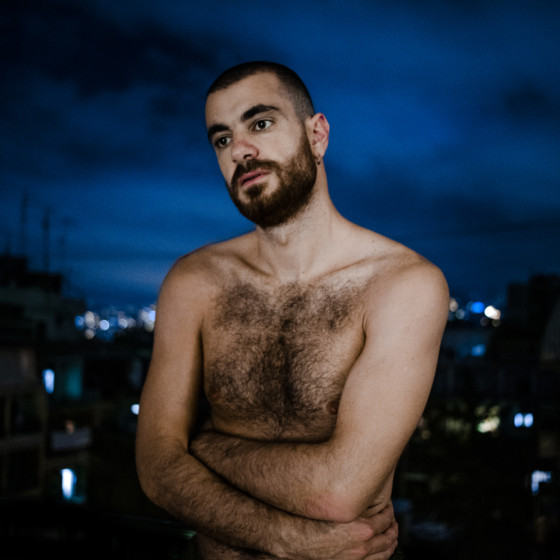 Myriam Boulos Beirut, Lebanon. 24 June, 2020. "Walid at home. On August 4, Walid was at home with me. He was on this same balcony when the explosion happened. Since he grew up in the South and lived the 20 (...)
06 war from there, he knew exactly what to do when everything exploded. He even had a suitcase ready to leave the house and escape. (I cried in his room and in his arms everyday for a few months after the explosion. I realized later that I might have monopolized the trauma.)" © Myriam Boulos | Magnum Photos 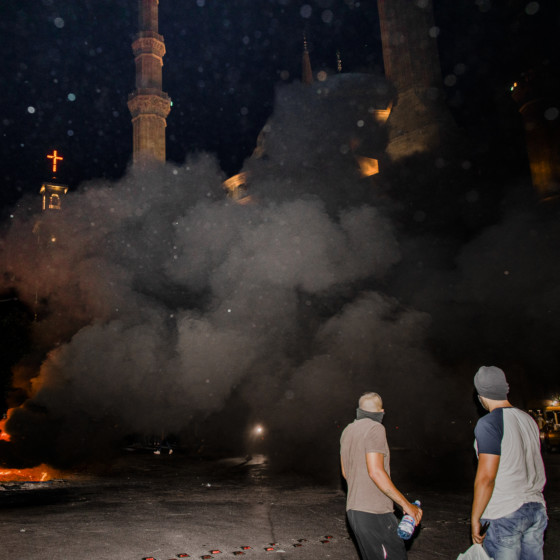 “But, with photographs, we have concrete proof that we have not been hallucinating.” Max Kozloff © Myriam Boulos | Magnum Photos 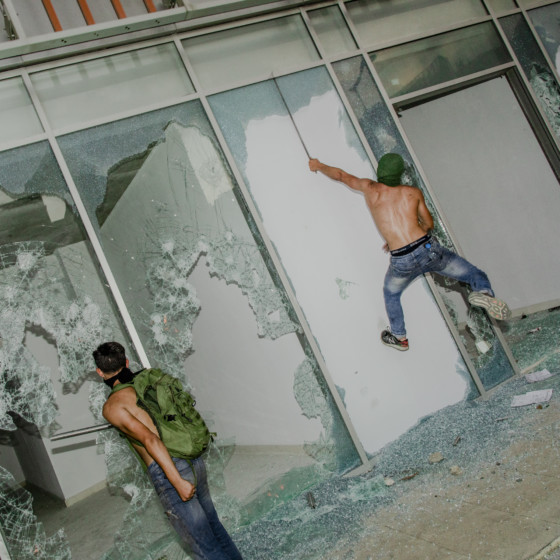 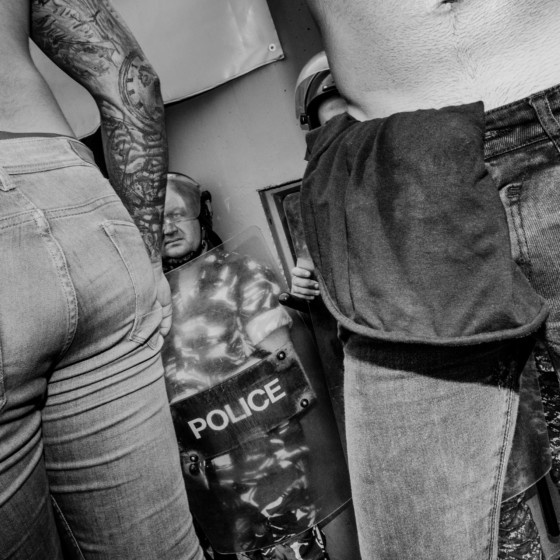 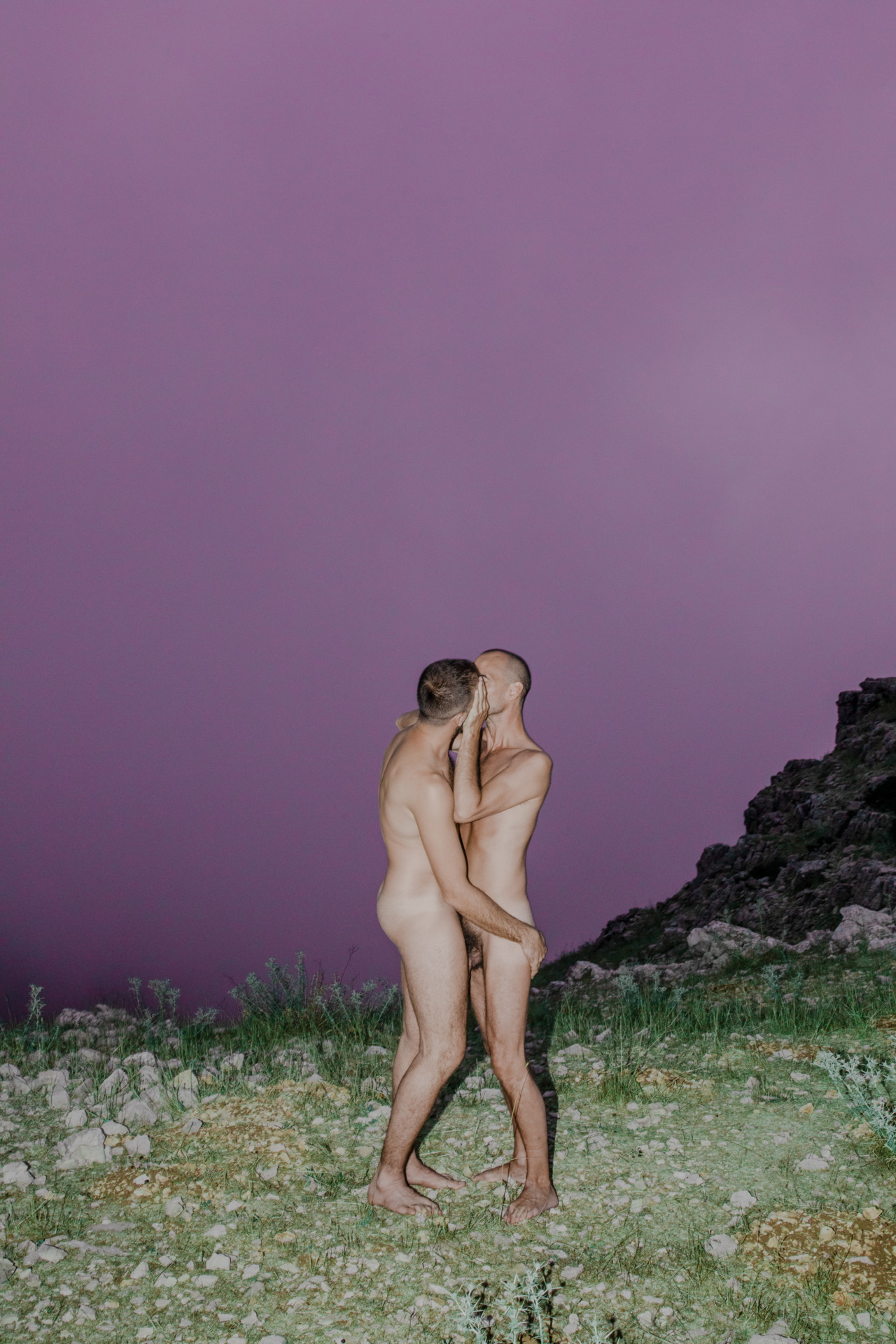 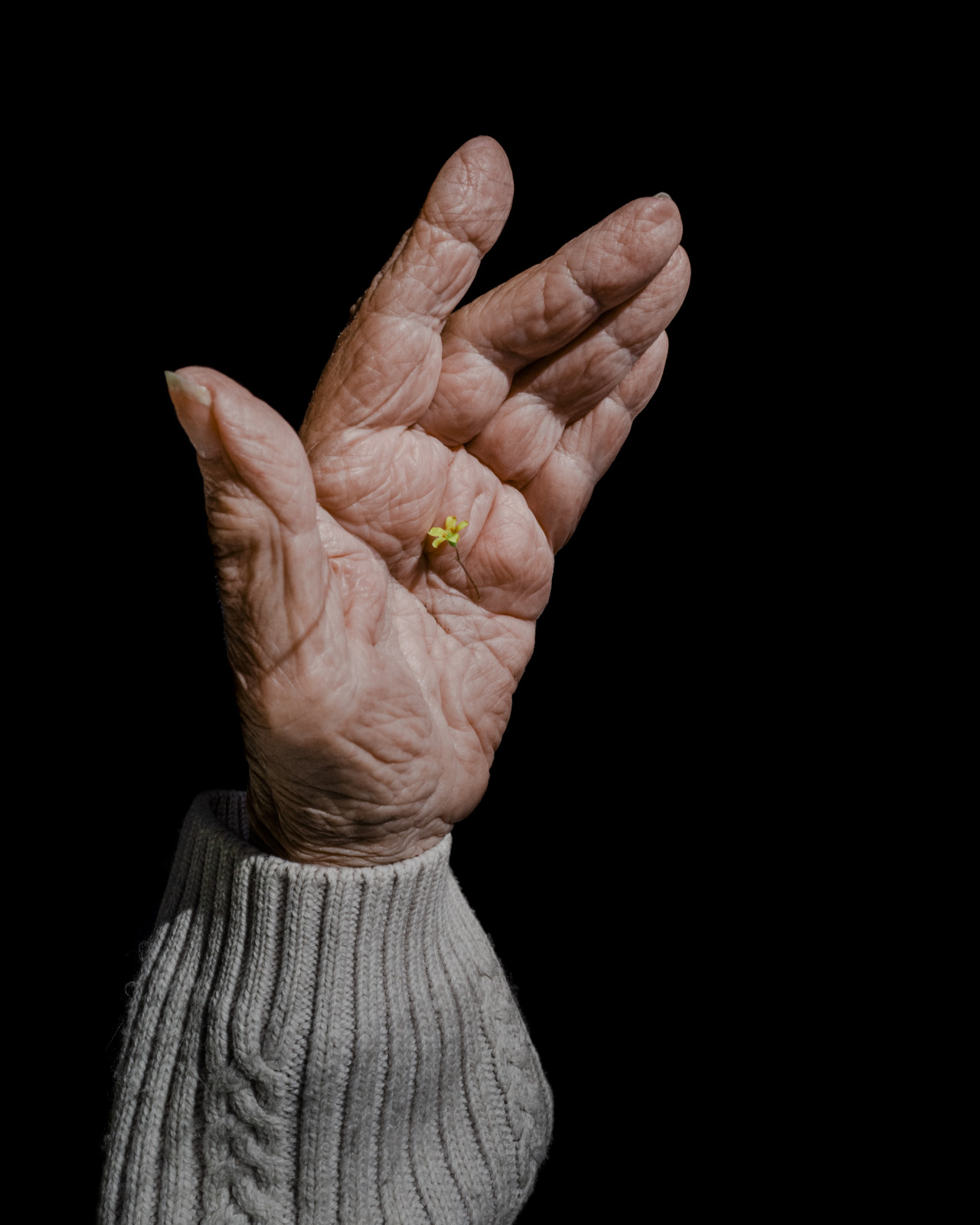