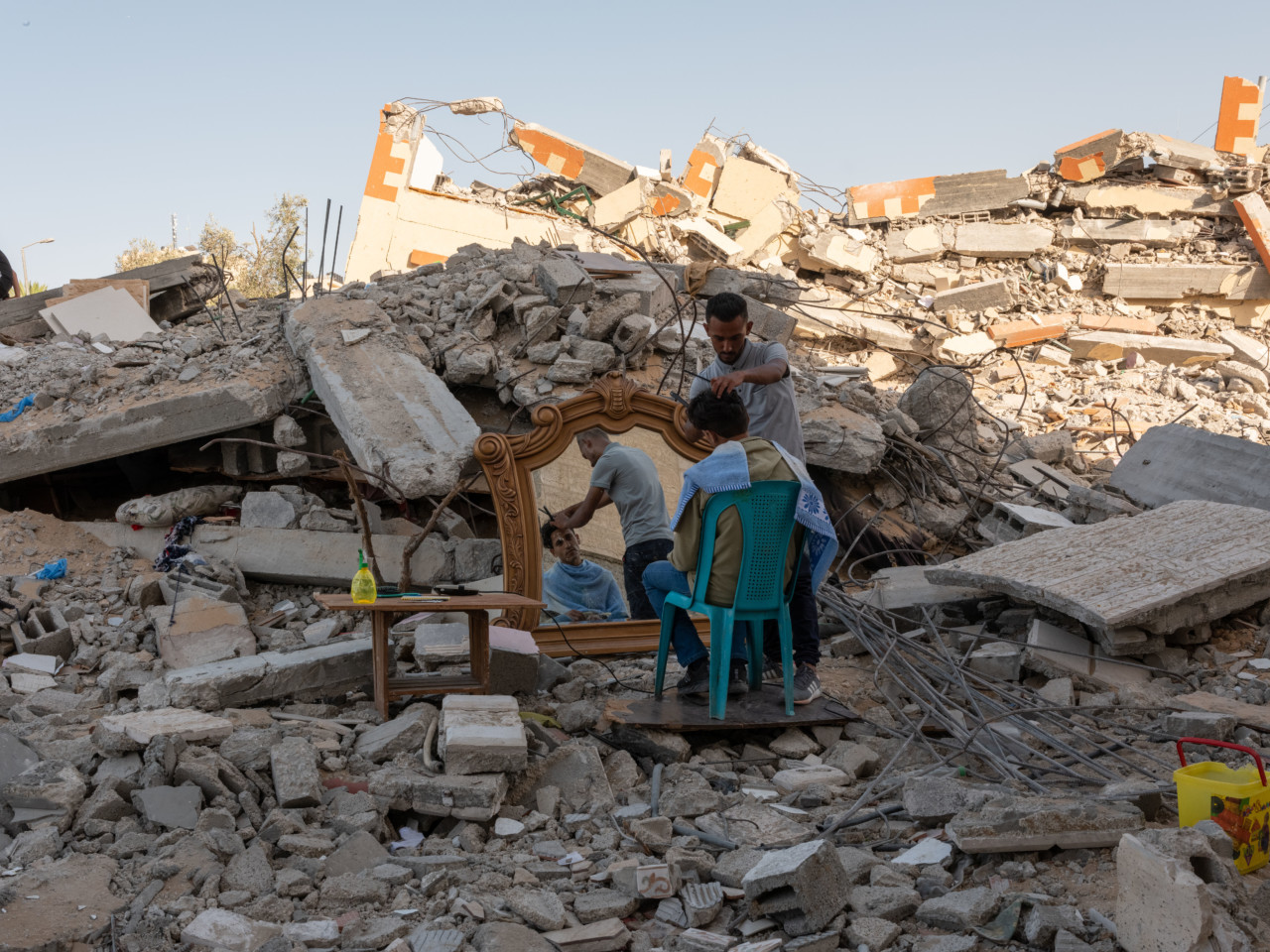 Peter van Agtmael 2021. Gaza. Palestine. Abdallah Zawaraa, a barber, continues to give haircuts in the ruins of his store destroyed in airstrike in Beit Lahia. The 11-day conflict between Hamas and Israel killed 2 (...)
56 Palestinians, including 66 children. 13 people were killed in Israel, including 2 children. 1,900 Palestinians were injured and Israel reported at least 200 injured Israelis. Around 4,360 rockets were fired at Israel from Gaza, and over 90 percent of rockets were intercepted by the Iron Dome. Israel conducted 1,500 air, land and sea strikes on Gaza. © Peter van Agtmael | Magnum Photos
License |

Photographs from Gaza taken by Peter van Agtmael have appeared in Vanity Fair. The photographer entered the region several days after a ceasefire was announced following air strikes launched by the Israeli government and Hamas that killed 256 Palestinians and 13 people in Israel. In his coverage, the photographer documents the lives of civilians in Gaza who are surviving amongst the wreckage. Read his reporting and see his images online here. Peter van Agtmael 2021. Gaza. Palestine. A destroyed neighborhood in Beit Hanoun. The 11-day conflict between Hamas and Israel killed 256 Palestinians, including 66 children. 13 people were killed in Israel, includ (...)
ing 2 children. 1,900 Palestinians were injured and Israel reported at least 200 injured Israelis. Around 4,360 rockets were fired at Israel from Gaza, and over 90 percent of rockets were intercepted by the Iron Dome. Israel conducted 1,500 air, land and sea strikes on Gaza. © Peter van Agtmael | Magnum Photos
License |

The I.F. Stone Medal for Journalistic Independence, presented by the Nieman Foundation for Journalism at Harvard University, has been awarded to Magnum photographer Eli Reed. Currently based in Houston, Texas, the photographer has built significant bodies of work documentating Central America, Beirut, and African-American experiences in the USA. Read the announcement on the Foundation’s website here. 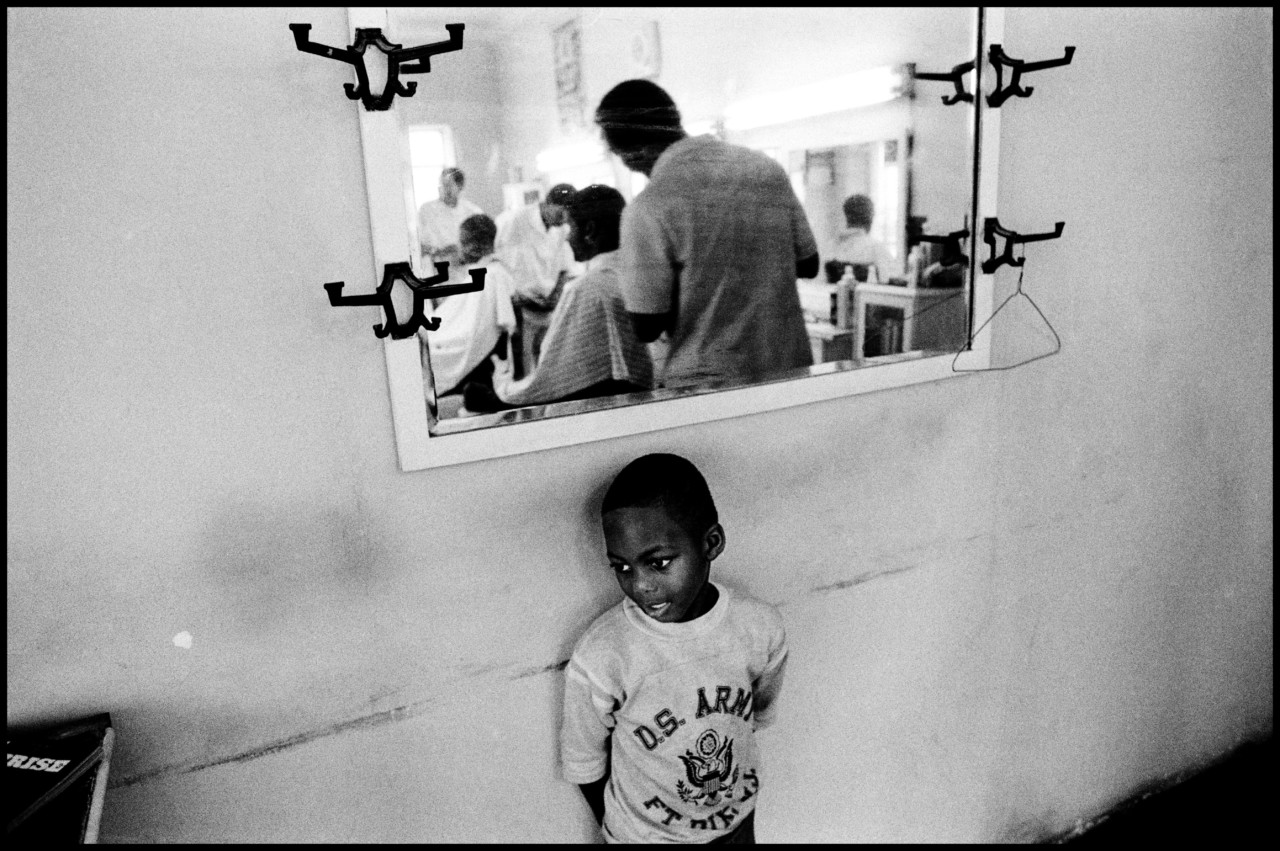 2020 Magnum nominee Hannah Price will be showing her new film, ‘October 27, 2020’ at Heartland Film’s Indy Shorts Film Festival 2021. The work explores the killing of Walter Wallace Jr. by police in Philadelphia. You can register to watch the film online July 20-25th here, or at the screening in Indiana here. Artdaily has published a feature exploring Magnum’s most recent group publication, Magnum2020, which curated a year in images made by the collective. The book reflects upon personal journeys, artistic developments, and global scenes of upheaval and crisis, and is available from Magnum’s shop here. Read Artdaily’s review here. Martin Parr on show at The Photographer’s Gallery

A piece in The Financial Times gives an insight into a new event – ‘Light Years: The Photographers’ Gallery at 50’ – a pair of exhibitions at the London venue revisiting work that has shown there over five decades. Martin Parr’s Bad Weather series is on display, and you can read the paper’s review of the work online here.