Showcasing the work of participants in Rubis Mécénat’s cultural fund project “Of Soul and Joy”, as Magnum photographers reflect on the importance of opportunity and education 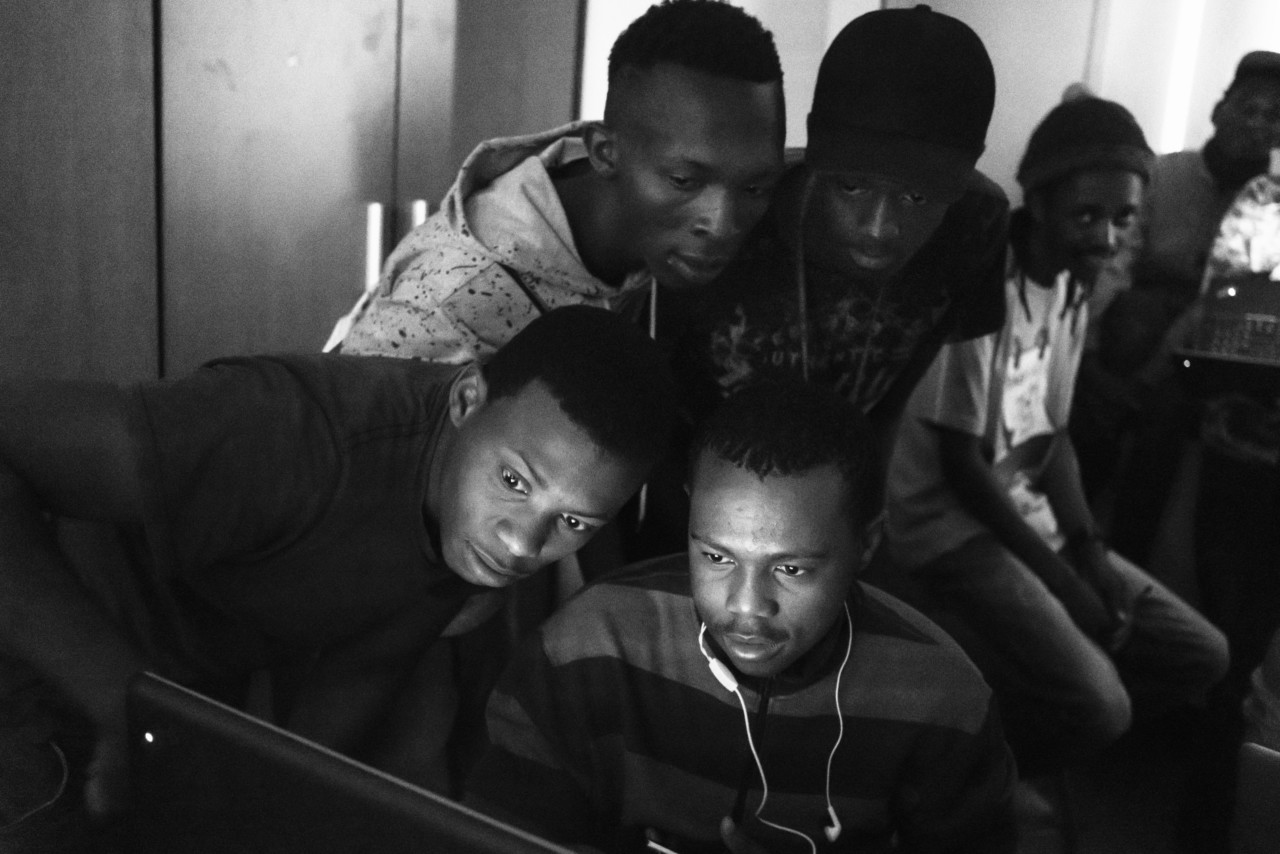 “Photography should be a truly global language, but it’s not yet because the barriers of access are still too high,” says Magnum photographer Matt Black, who has been occupied with documenting the everyday lives of those who find themselves on the margins of society through poverty throughout his career. For Black, it was a no-brainer when he was asked to teach in the South African township of Thokoza, southeast of Johannesburg on the Of Soul and Joy workshop. The project’s goal is to develop artistic skills in the field of photography amongst the township’s vulnerable youth by providing an understanding of photography as a means of expression, in order to open up new personal and professional horizons. 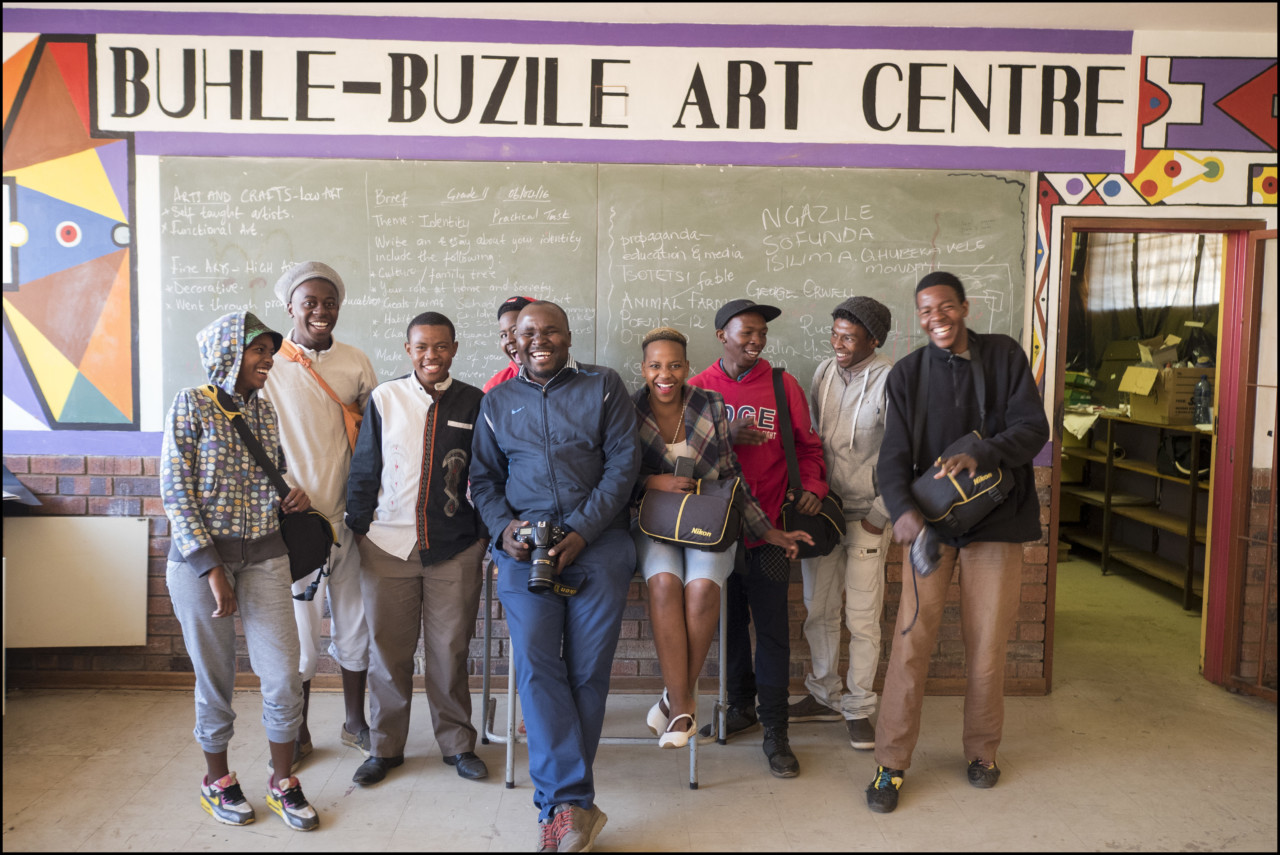 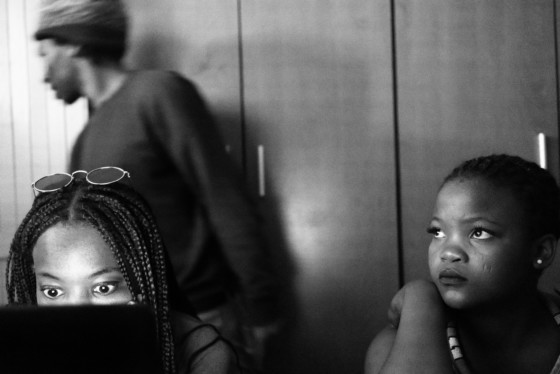 “I received all the privilege of growing up white in late-apartheid South Africa, in terms of my lifestyle, my education, university etc,” said Magnum photographer Mikhael Subotzky, so it makes complete sense for me to use every opportunity to support those who are not the recipients of that privilege.” Subotzky has become something of a mentor to Of Soul and Joy project participant, Lindokuhle Sobekwa, who was named as one of five Magnum nominees for 2018.

On the work of Sobekwa, Magnum’s Mark Power, who taught a workshop in South Africa earlier this year, said, “Clearly his success – as modest as he is about it – is a great example to others. I suspect he won’t be the last from Thokoza who forges a good career within photography.”

At first, having the technical skills to photograph gave Sobekwa a way to make some extra money, as he was called upon to photograph weddings and parties, but his interest grew beyond that as he progressed with the workshops. “I realized that photography wasn’t all about taking pictures at weddings or graduation ceremonies. It was also a way to tell my own stories, stories that concern me and the people I live with,” he says. 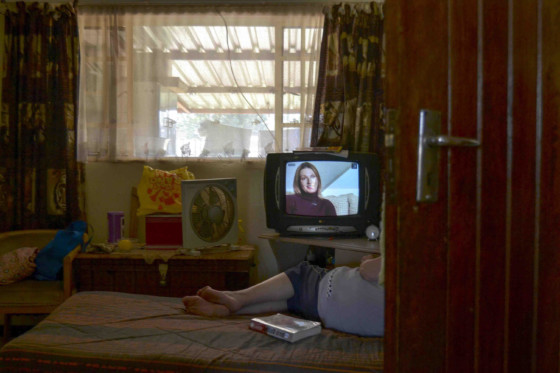 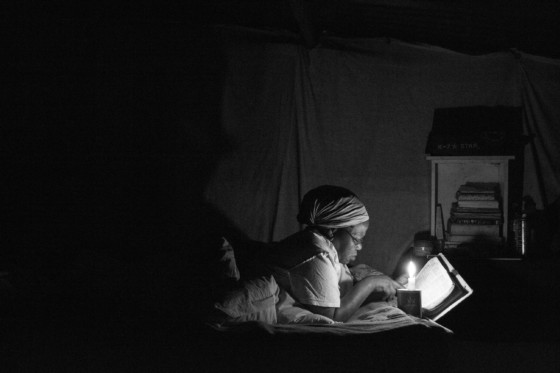 With the support of the project acting as a school but also as a platform to expose its participants to the art world, former students have gone on to attend Market Photo Workshop– a photography school in Johannesburg, with bursaries donated by the project, and also traveled to the epicenter of the global photography community, the
annual Rencontres d’Arles.

Some of their work is featured here: Celimpilo Mazibuko was still in secondary school when he attended a workshop in 2012. As a result, he went on to study at the Market Photo Workshop in Johannesburg, and his work has been exhibited at Addis Foto Fest in Addis-Ababa (Ethiopia), in the group show Visions of Africa. 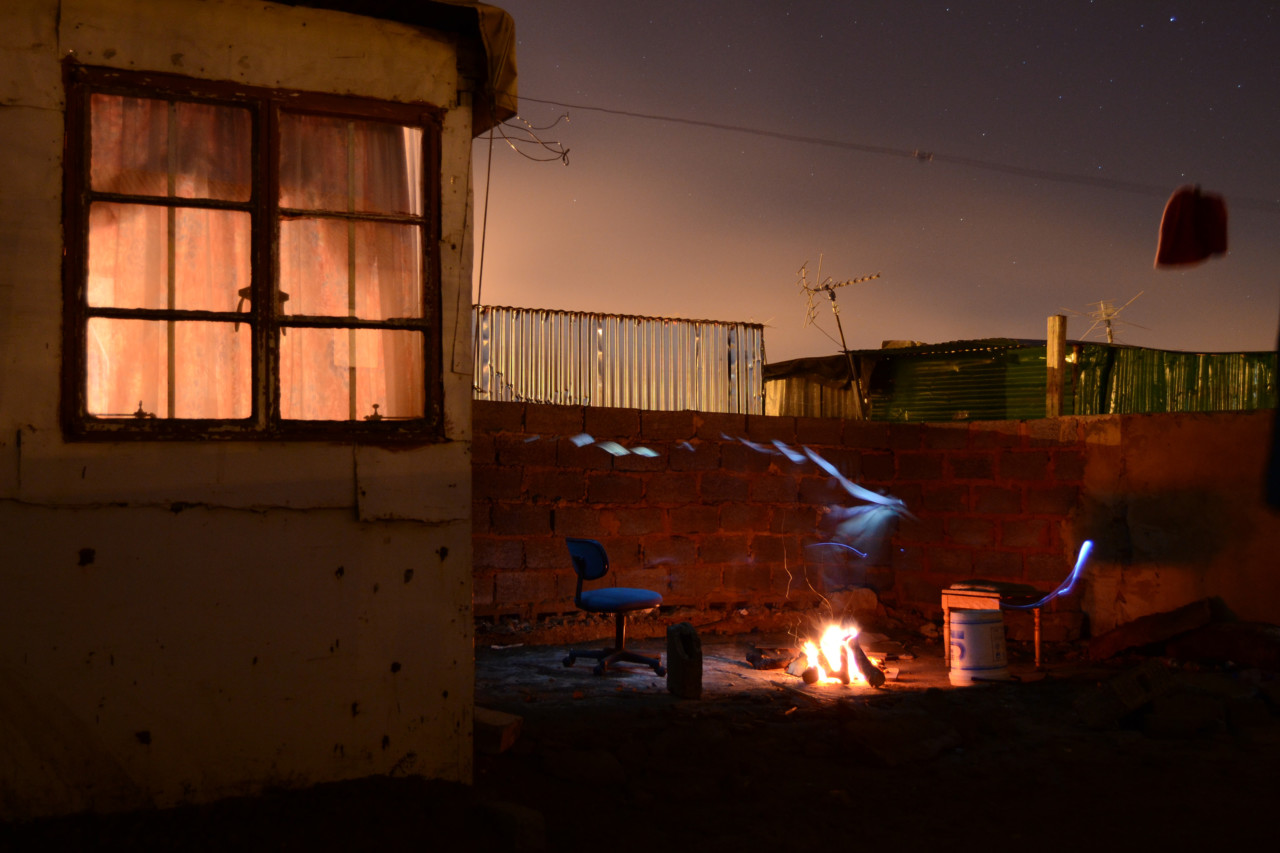 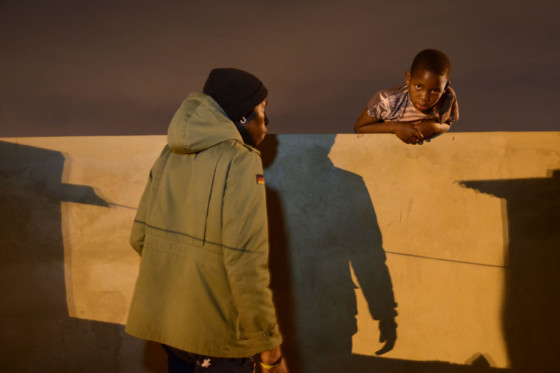 Magnum photographer Bieke Depoorter, another mentor of Sobekwa, began teaching workshops in 2012, invited by Rubis Mécénat to be an active mentor in the project alongside French photographer and filmmaker Cyprien Clement-Delmas. She notes that at that time, resources were tight and, although Nikon Foundation donated cameras to the project, there wasn’t much in terms of other equipment or even classrooms. “We started from scratch,” she says. “But we managed to motivate students and to teach them photography.” 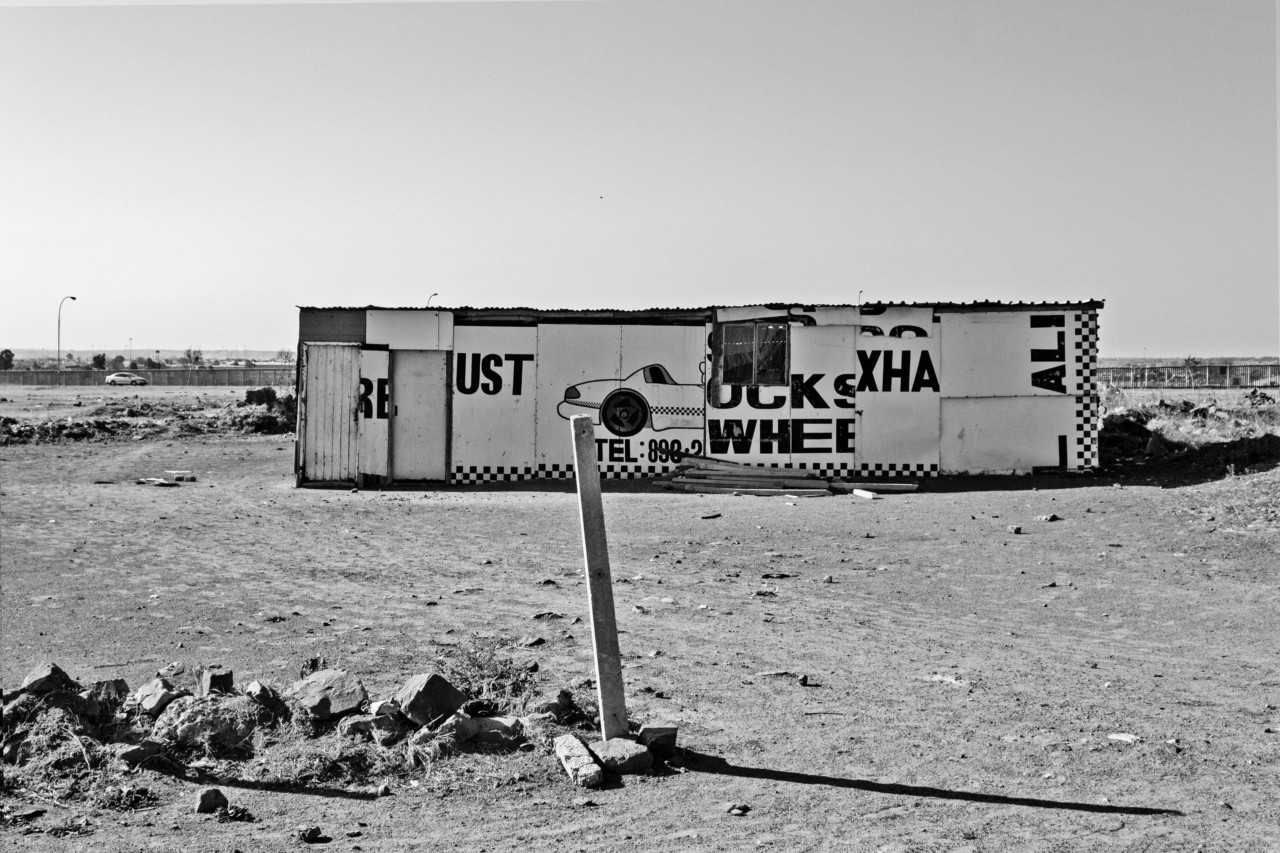 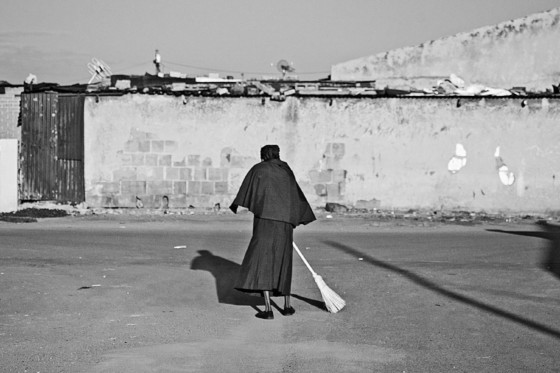 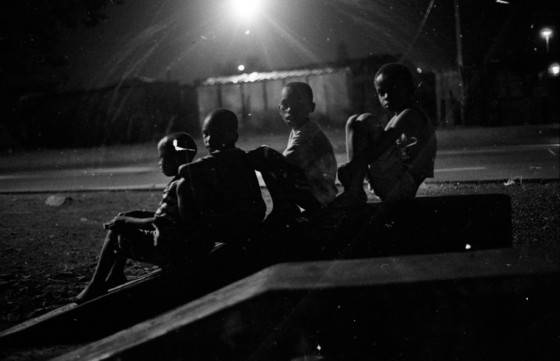 “In Magnum, and in the photography world, we often talk about the fact that we need more diversity, in terms of photographers with different backgrounds, from different parts of the world, more women, more non-Western photographers.” Depoorter says, passionately, “Well, I really deeply think that if we want all these things, we should make an effort to look out for them and make sure we provide them with opportunities to learn.”

In these short videos, four photographers who have benefitted from the Of Soul and Joy project talk about their work. 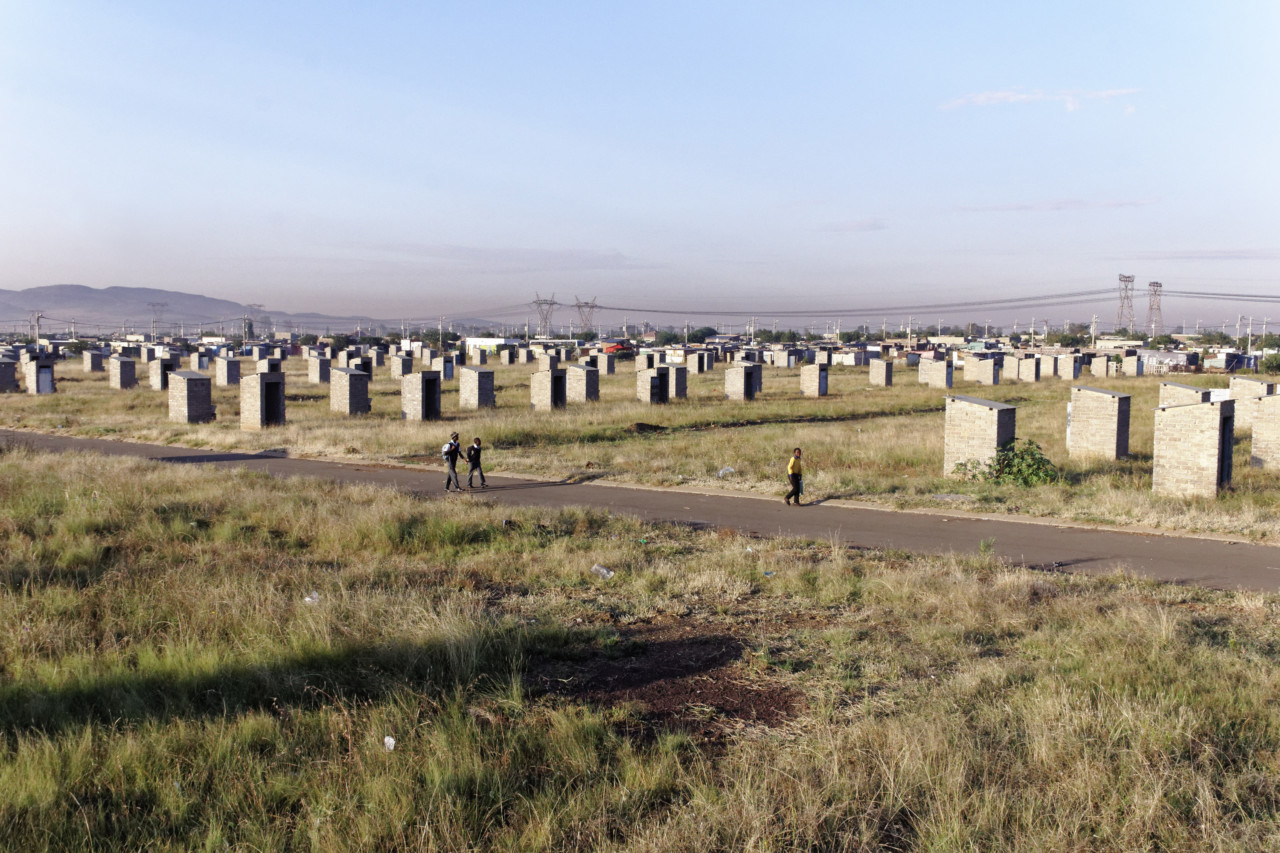 Zulu started doing photography at Buhlebuzile High School, followed by Market Photo Workshop. His project “Church After Church” focuses on his church Ebuhleni bama Nazareths, and documents a culture that he feels some Africans have left behind in favor of more western practices. “So as I shoot this work at Ekuphakameni, I am attempting to encourage us to not forget our cultures, not forget where we come from,” he says.

Mazibuko was a student of the Of Soul and Joy project from 2012, and recipient of the 2012 Tierney Fellowship from the Market Photo Workshop in Johannesburg, South Africa. Speaking about her practice, she says: “I had a moment of introspection and I thought “What right do I have to narrate other people’s stories?” and then I started making a point of whatever I’m going to tell from that moment on, whatever I’m going to create a narrative based on is going to have a personal effect on me.” Subsequent work explores people affected by victims of political violence, which the photographer describes as like a tribute to her grandma who had undiagnosed PTSD.

Sibusio Bheka was a student of the Of Soul and Joy project in 2012, and subsequently invited to the 11th edition of the Recontres de Bamako at the Pan-African exhibition at the National Musuem of Mali. His project “Stop Nonsense” focuses on places and spaces close to home. “Photography has helped me as a person to see my own space as unique, and when I walk into someone else’s space I also see it as a unique space,” says Bheka, who has also enjoyed observing the people he has photographed looking at the work and seeing their reactions. “When they look at the work, they see something else,” he says.

Lindokule Sobekwa was a student of the Of Soul and Joy project in 2012. He has since gone on to become a recipient of the 2017 Photography and Social Justice Fellowship from the Magnum Foundation, and in 2018 he was announced as a Magnum nominee.

After initially photographing around his local community, taking portraits and doing wedding photos for people, Lindokule Sobekwa started to document a story affecting his community. “I started a project which was a very personal story, about a group of people I knew from a young age who engaged with a drug called nyaope, a very highly addictive drug in South Africa,” he says.

The Magnum nominee then took himself out of his comfort zone to document a white neighbourhood. “We as young people should start thinking about creating images that matter not only to ourselves, not only to the gallery spaces, but also to the people that we are photographing, to the community. It goes back to taking the work back to the people,
which is very important.”