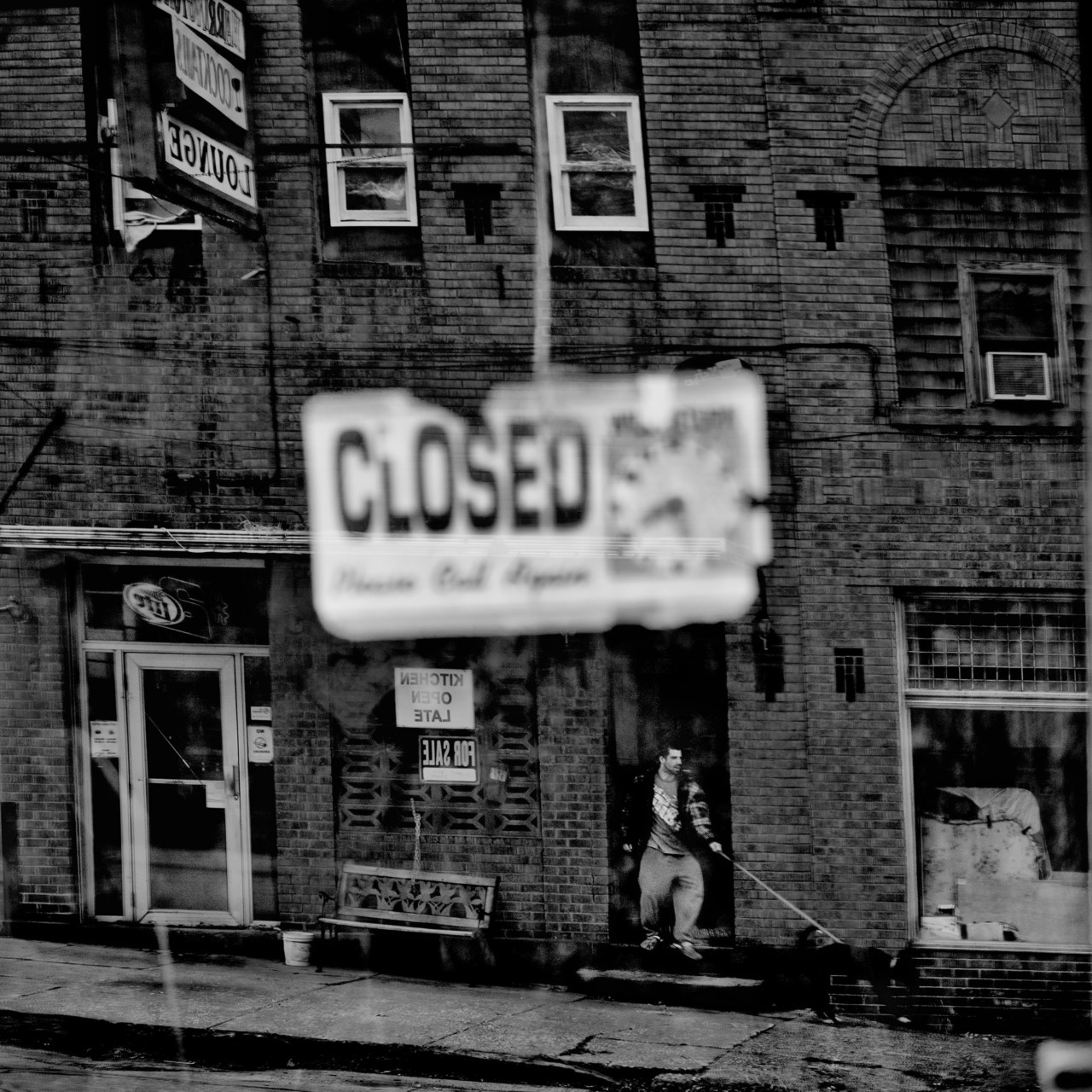 What does it mean for a photographer to dedicate their work to something they believe in passionately and wholeheartedly?

Matt Black’s work has focused on themes of geography, inequality, and the environment in the United States. In this essay, Magnum’s former Cultural Director Pauline Vermare analyses the social and political motivations of Black’s work, situating it in the context of 20th century photography that actively fought for justice.

In his online course, The Documentary Commitment, Black shares guidance on forging a vital connection with a subject that you connect with deeply, which can drive your photography forward. Watch the trailer for the course at the end of this article and find out more about it here. Signed copies of American Geography, published by Thames & Hudson, are available on the Magnum Shop, here.

In a 2016 article titled “Economic growth in the United States: A tale of two countries,” economists Emmanuel Saez, Thomas Piketty, and Gabriel Zucman state, “Our data show that the bottom half of the income distribution in the United States has been completely shut off from economic growth since the 1970s. It’s a tale of two countries. For the 117 million U.S. adults in the bottom half of the income distribution, growth has been non-existent for a generation while at the top of the ladder it has been extraordinarily strong.” With his project American Geography, Matt Black chose to focus on one of these two countries. For six years, starting in 2014, traveling by bus and by car across the US, he explored “the geography of poverty” – photographing an America and American lives that to him were the rule, not the exception. Widely published in the media at the time, this extraordinary body of work deals directly with the flip side of the Dream, the fate of millions of Americans having to live with the psychological and physical pains and indignities of living poor in the richest country in the world. 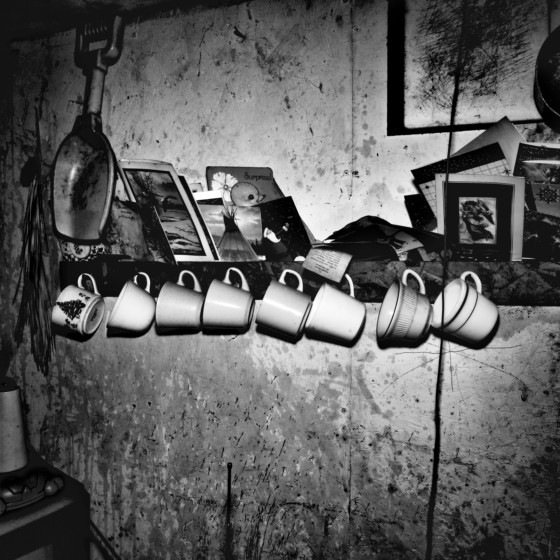 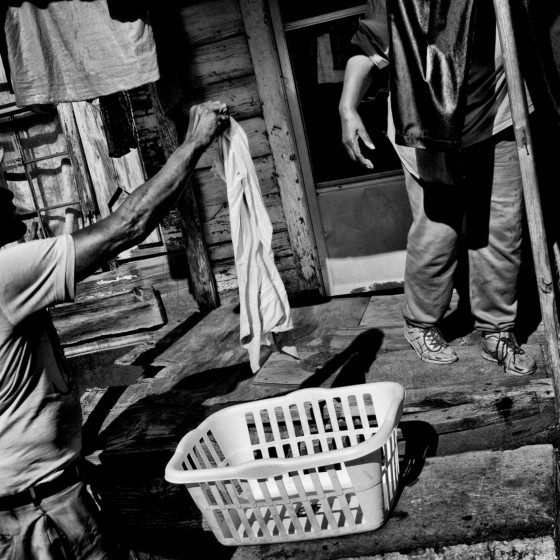 All these years, Matt Black has been recording these pains, the fate of rural and working-class America, collecting the stories of people in the same way that John Steinbeck has, in the same way that FSA photographers have, in the same way that James Agee has: in a direct, human, unfiltered, and visceral way. As Agee put it in Let Us Now Praise Famous Men, he wanted to see and depict “the cruel radiance of what is.” For Black, the story is also a personal one: American Geography starts in his homeland, the farm fields of Central California – where Dorothea Lange’s iconic “Migrant Mother” was conceived in 1936 during the Great Depression. Photography was a way for Black to convey the reality of his own place and of its people with the appropriate distance, “a way of saying something without having to speak.” On his wall today, Lange’s “Migrant Mother” hangs like a compass, as well as an image of home. Visually as well as spiritually, Black’s photographs stem directly from it, and from the enduring legacy of the Great Depression. 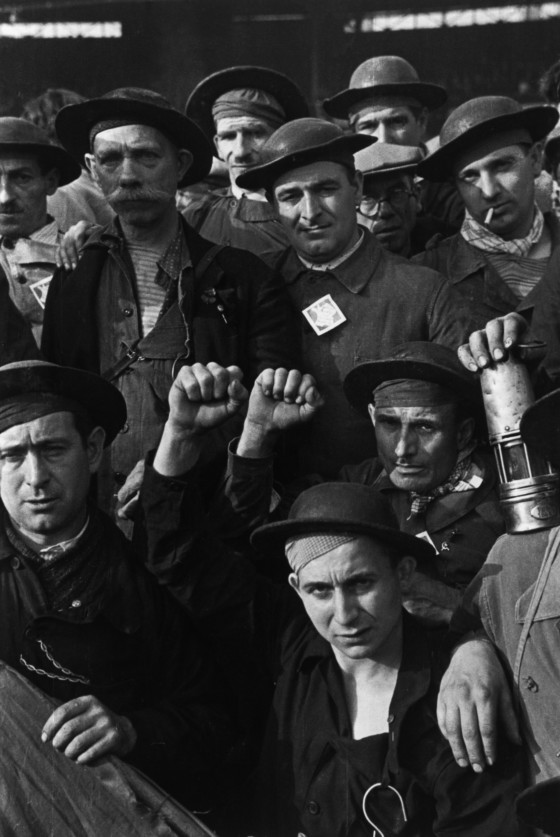 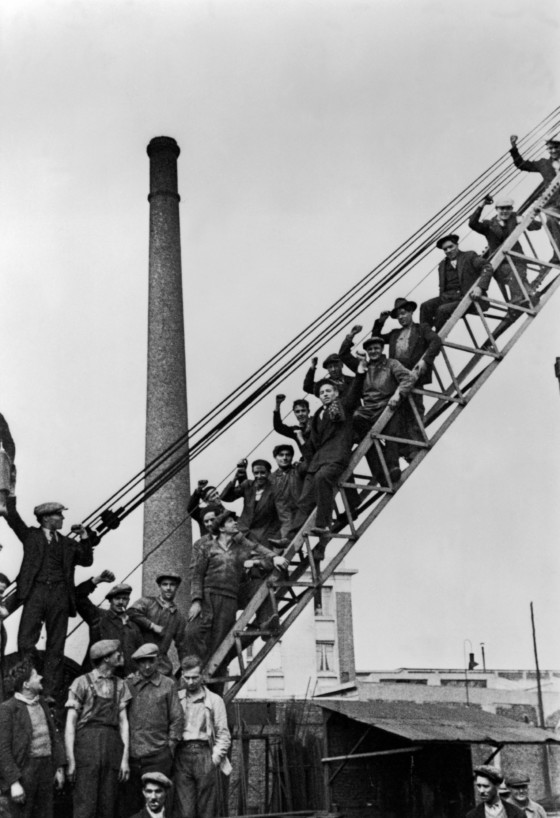 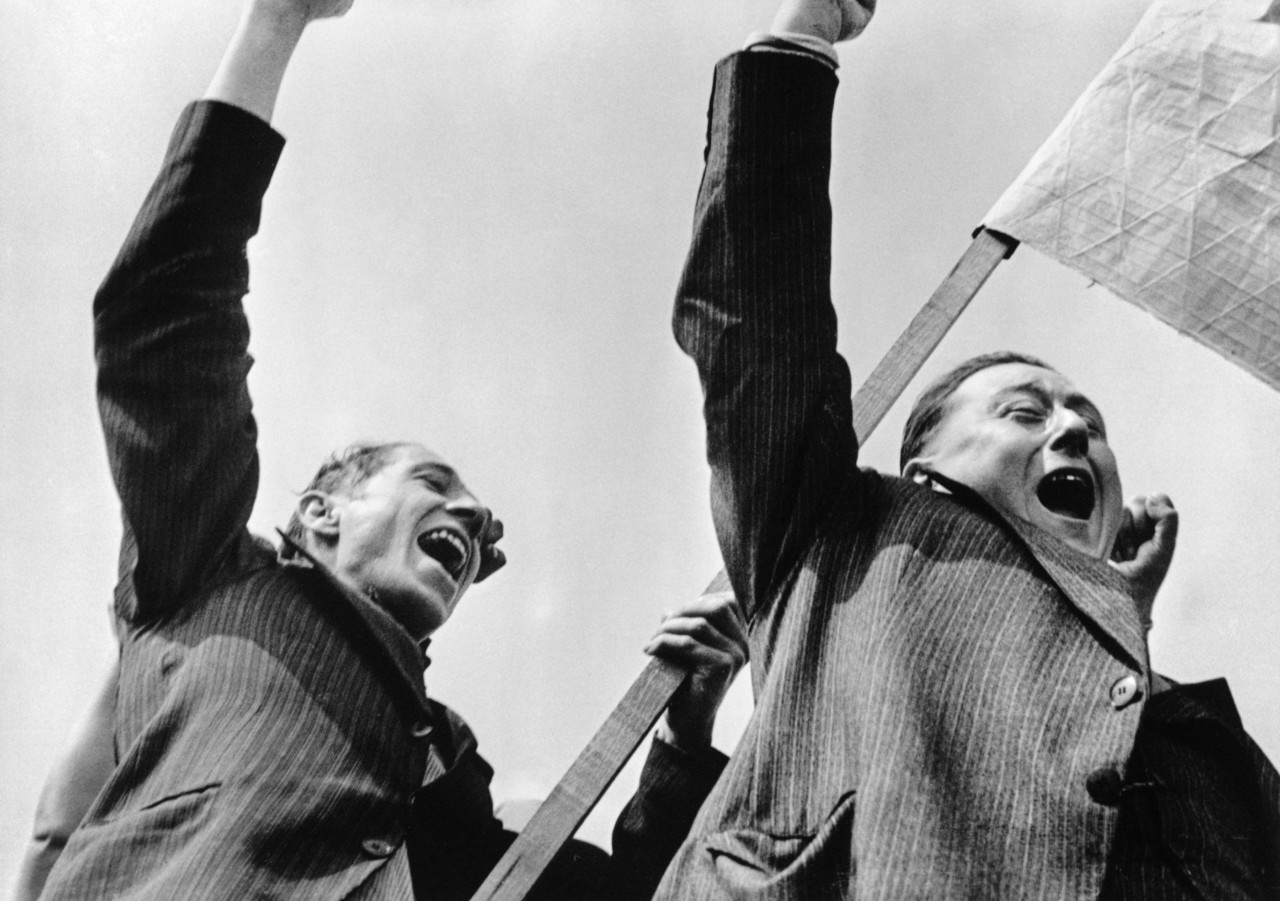 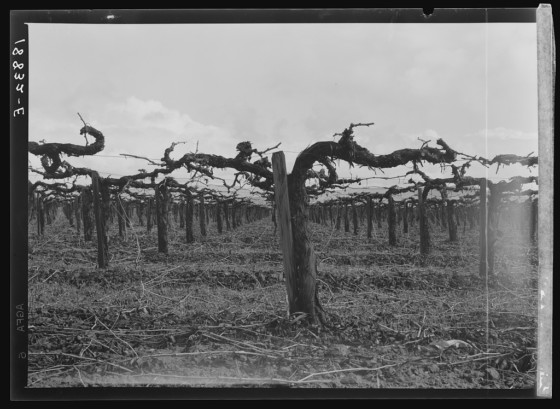 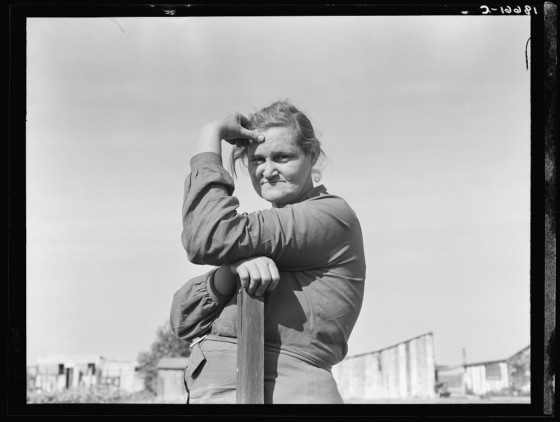 During those same years, in mid-1930s France, joyful crowds of workers were striking for, and later celebrating, their right to paid vacations. Henri Cartier-Bresson, Chim (David Seymour), and Robert Capa famously photographed, and embraced, the ‘Front Populaire.’  A few years later, they went on to create Magnum Photos. The Front Populaire represented some of the founding ideals of the cooperative: a striving for social justice, and a universal sense of humanism. The FSA, the Front Populaire, Dorothea Lange, Steinbeck – all of them pushed for greater support for the working class. This is the essence of Matt Black’s work: his photographs are about and for the American working class. Today, the difference in life expectancies between America’s richest areas and its poorest is 20 years. Hundreds of thousands of Americans have to live with poisonous water, without medical insurance, sleeping out on the street. The photographs have become a call to all Americans: in order to be true to the country’s ideals, to realize its “American Dream,” the country must press for its beliefs, its view of itself, and its social systems. 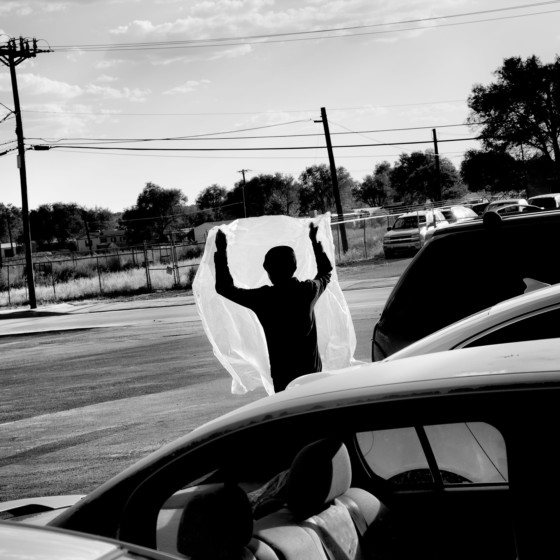 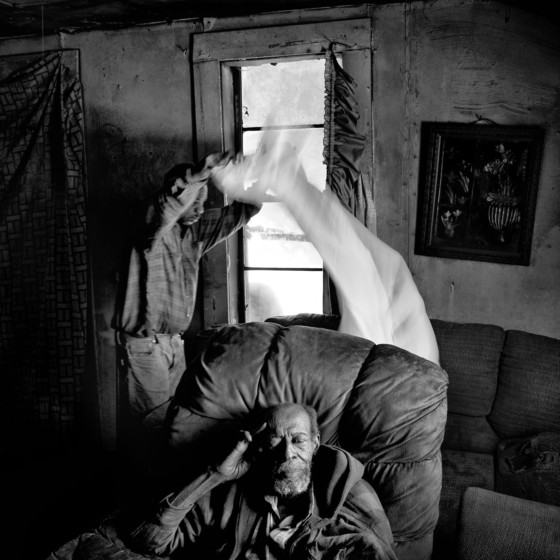 Writing The Grapes of Wrath, and speaking about the Great Depression, Steinbeck said, “I want to put a tag of shame on the greedy bastards who are responsible for this.” Matt Black’s photographs are a direct response to this escalating greed. California’s farm fields became the first and central subject of his work in the late 1980s  – the Central Valley in particular, which remains one of the poorest regions of the country, despite the fact that over half of all U.S. produce is grown there. His work stems from the struggle of the American and migrant workers – including the many Mexican and Filipino men and women who, led by César Chávez, Larry Itliong, and Dolores Huerta, conducted the California Grape Strike of the 1960s and created the United Farm Workers Union (UFW). In 1988, as Chávez was fasting to protest unhealthy working conditions for grape workers, Matt Black, who had just turned 18, went unassigned to photograph Chávez as he was putting an end to his fast. There, he met Magnum photographer Paul Fusco, who had been closely following the grape strikes and the UFW from their onset. For Black, this encounter was pivotal. He and Fusco shared the same social awareness and the same humble and empathetic relationship to the people they photographed, as well as a desire to act upon America’s social tragedies. 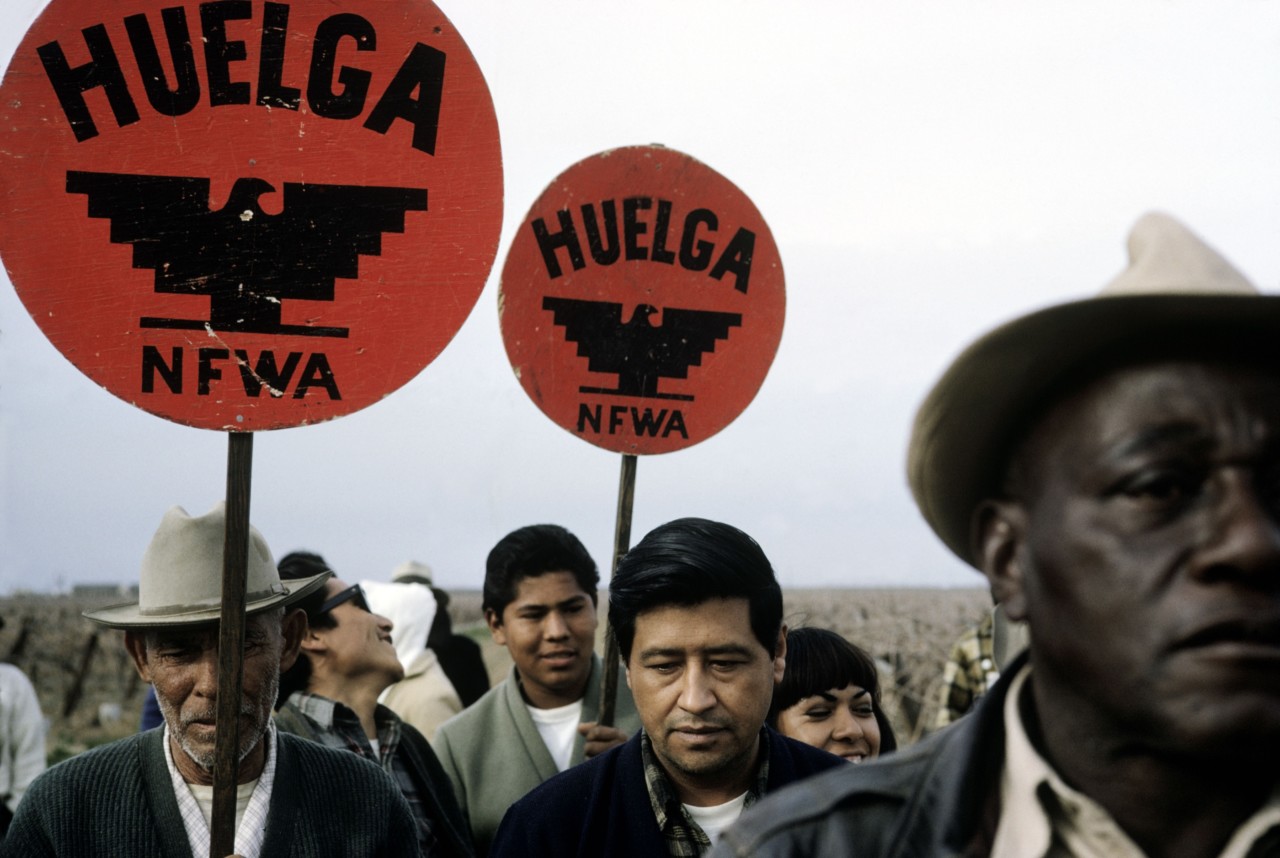 "California’s farm fields became the first and central subject of his work in the late 1980s  – the Central Valley in particular, which remains one of the poorest regions of the country, despite the fact that over half of all U.S. produce is grown there." 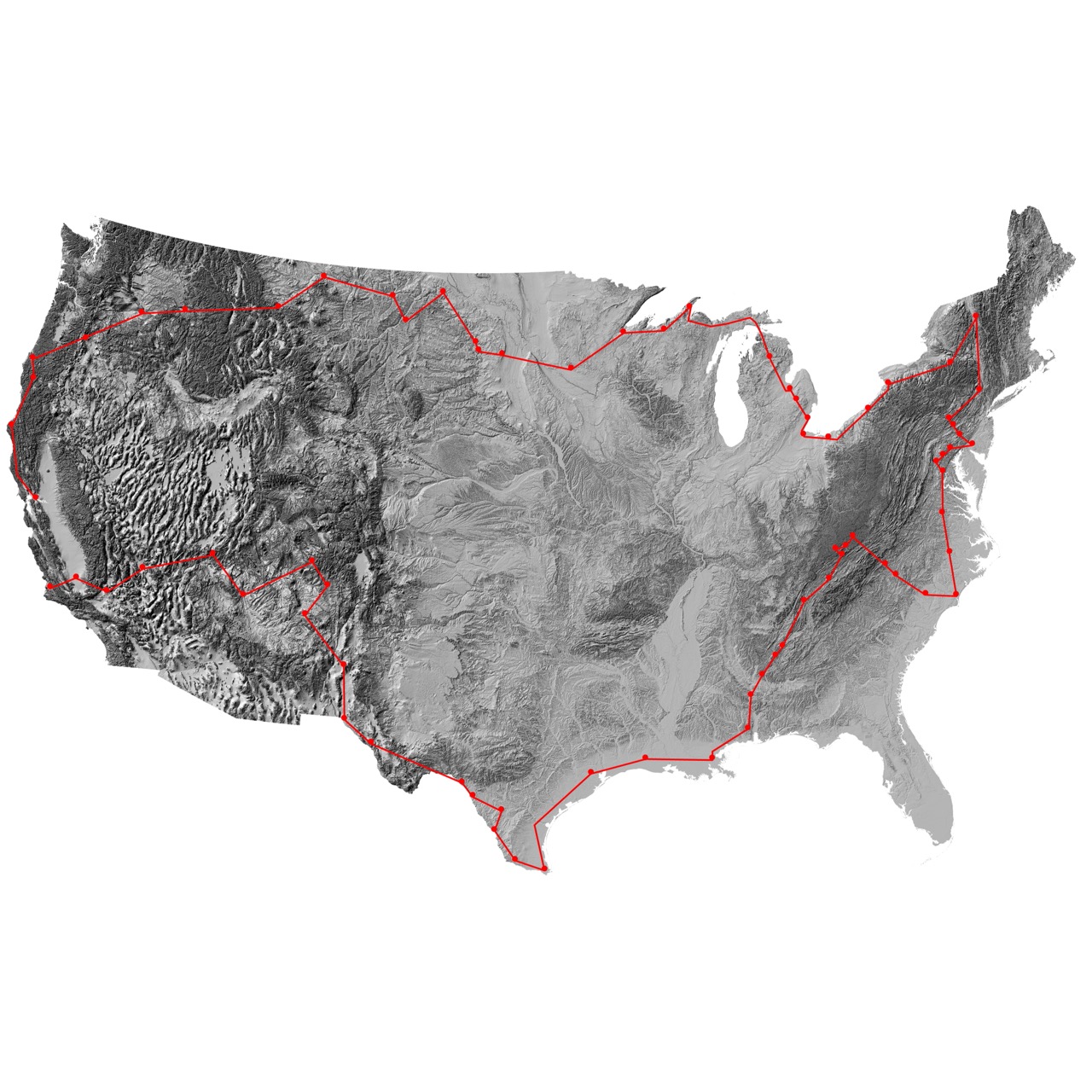 Swiss photographer Robert Frank’s The Americans (1958) legendarily contributed to demystify “The American Dream.” Matt Black’s American Geography stands as another major reckoning, from within – one of the most accomplished and most important accounts of America’s extreme economic inequality. Like an anthropologist, Matt Black has recorded the faces, the stories, the voices, the artifacts. This abyssal corralling of material – photographs, personal notes, audio and video recordings, found objects, postcards – provides us with layers and layers of understanding. He has served as an in-between. His ethereal still-lifes and panoramic landscapes give us a sense of scale. His portraits take us into the impossibility of these men and women’s daily lives: “America from the ground level,” as he puts it. Through Black’s work, we meet Jeremiah, who “sells his blood to make ends meet.” Roosevelt, who “made all the money we were allowed to make.” And James, who explains, “There are a lot of ways to kill somebody. You can damn well starve them to death. You can work them to death. Not provide medical attention when they need it. There are a lot of ways to kill a person.” As John Steinbeck noted in his October 1936 series of articles for the San Francisco News, that later became the volume Harvest Gypsies, “It is difficult to believe what one large speculative farmer has said, that the success of California agriculture requires that we create and maintain a peon class. For if this is true, then California must depart from the semblance of democratic government that remains here.” Substitute “America” for “California,” and this is the reckoning of American Geography. 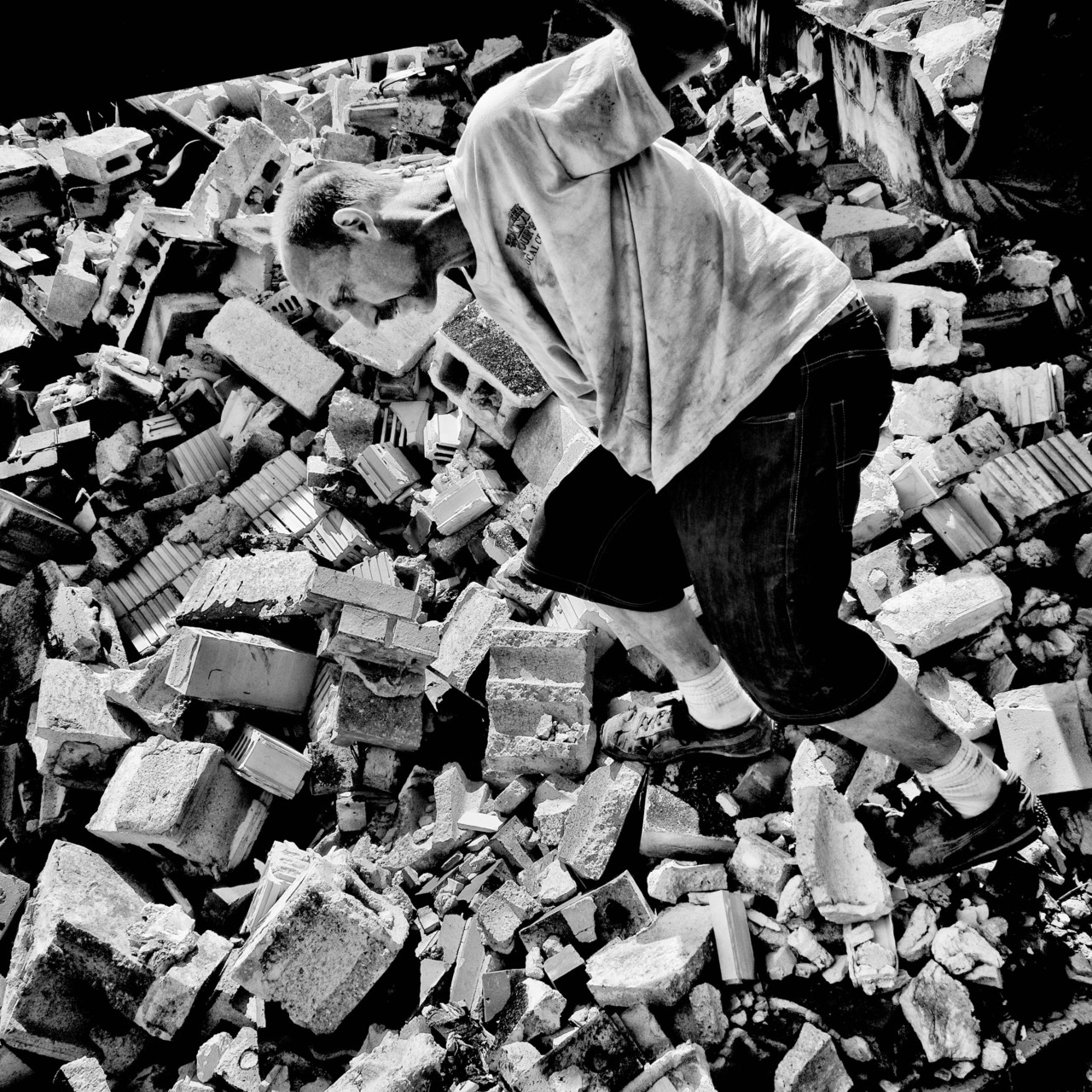 "[Matt Black] has served as an in-between. His ethereal still-lifes and panoramic landscapes give us a sense of scale. His portraits take us into the impossibility of these men and women’s daily lives." 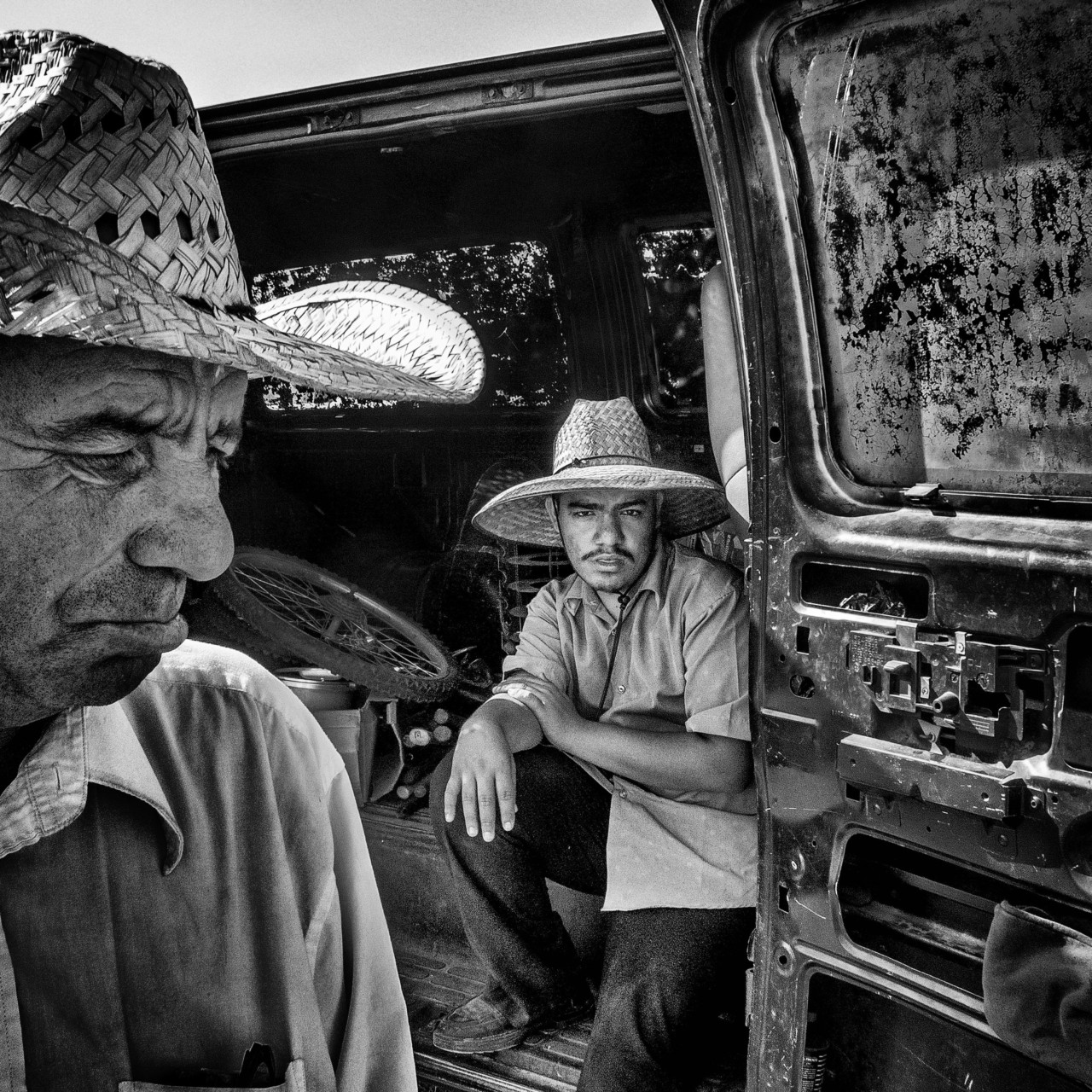 Matt Black’s photographs touch us and trouble us. Strikingly composed and literary, they carry the weight of the subjects’ stories, like biblical fables, tales of divine injustice, the Book of Job.  Yet it is not a religious spirituality, but rather a moral spirituality, that drives Black to “reckon with a dream,” the subtitle of his book. All these years, he and his wife Melissa Martell Black, an English professor at Porterville College, in the Central Valley, have worked very closely in order to establish those records. As he was on the road for sometimes more than half of the year, they would speak every night and together they would discuss his experiences and transcribe his recordings. For them both, this project is a personal commitment, and a call to arms. With this alternative atlas, Matt Black wants Americans “to stop unseeing themselves.” 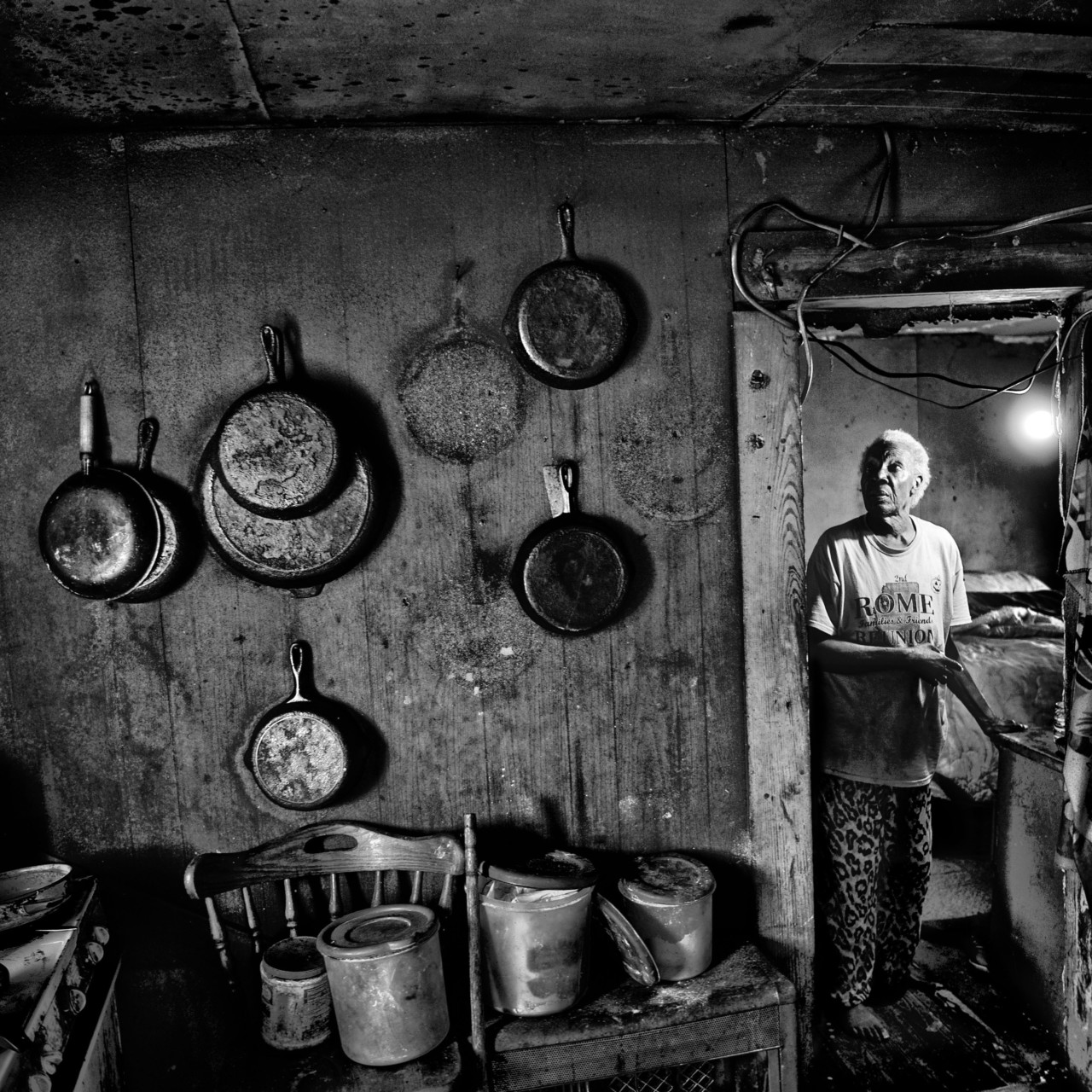 In their study, Saez, Piketty, and Zucman conclude that “the different levels of government in the United States today obviously have the power to make income distribution more unequal, but they also have the power to make economic growth in America more equitable again,” referring to the American golden age of the mid-20th century. That such hopes for the American people would be considered “radical” today says a lot about the state of American democracy, and yet it is the hope that this project carries: by confronting us with this reality, these photographs and these stories can educate and bring about the policy change that will make America a more just society. Beyond journalism and beyond the arts, Black’s work can help us all unlearn, and learn anew. As Steinbeck pointed out, “This is the beginning—from ‘I’ to ‘we.’ If you who own the things people must have could understand this, you might preserve yourself. If you could separate causes from results, if you could know that Paine, Marx, Jefferson, Lenin were results, not causes, you might survive. But that you cannot know. For the quality of owning freezes you forever into ‘I’, and cuts you off forever from the ‘we.’”

Find out more about Matt Black: The Documentary Commitment here and watch the trailer below. 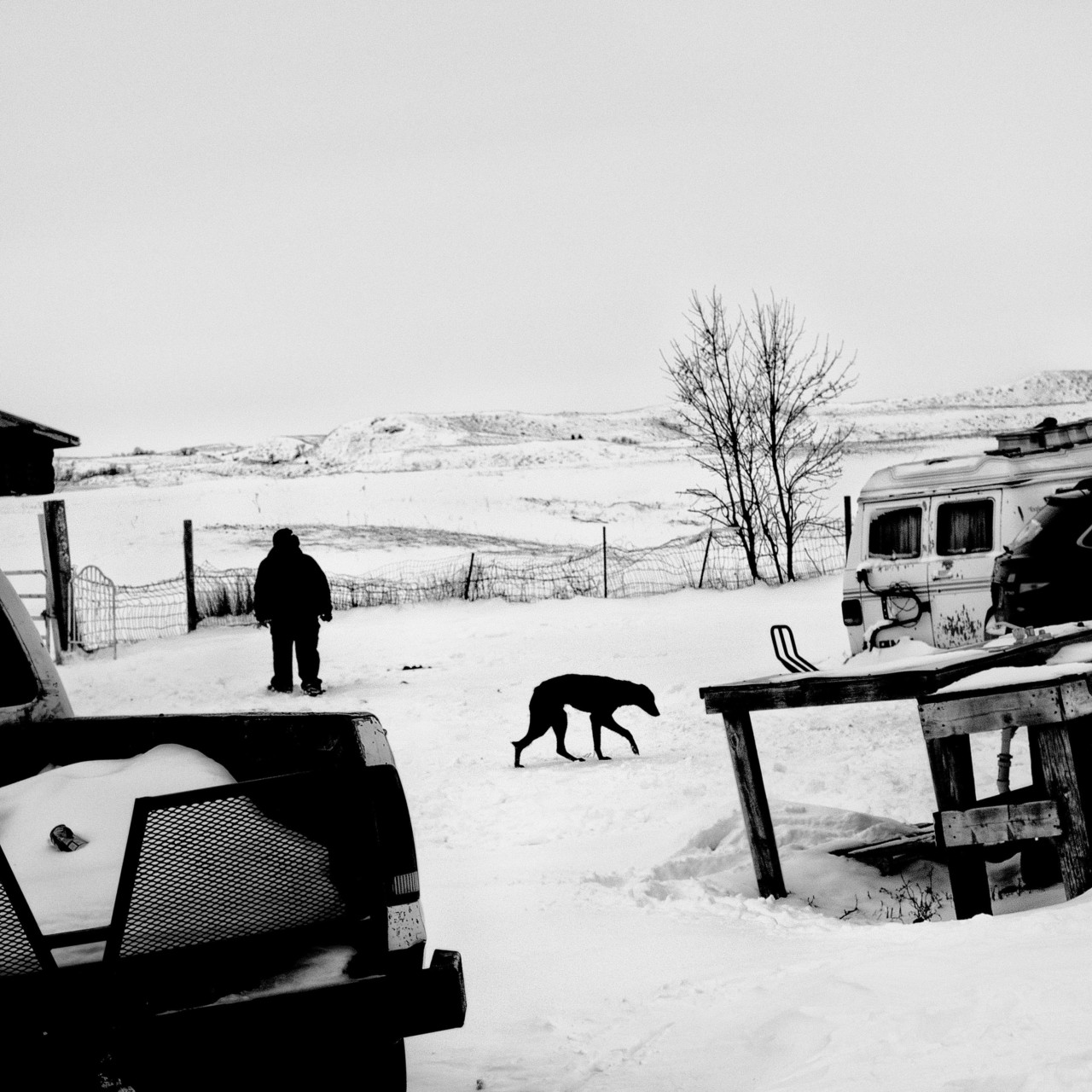