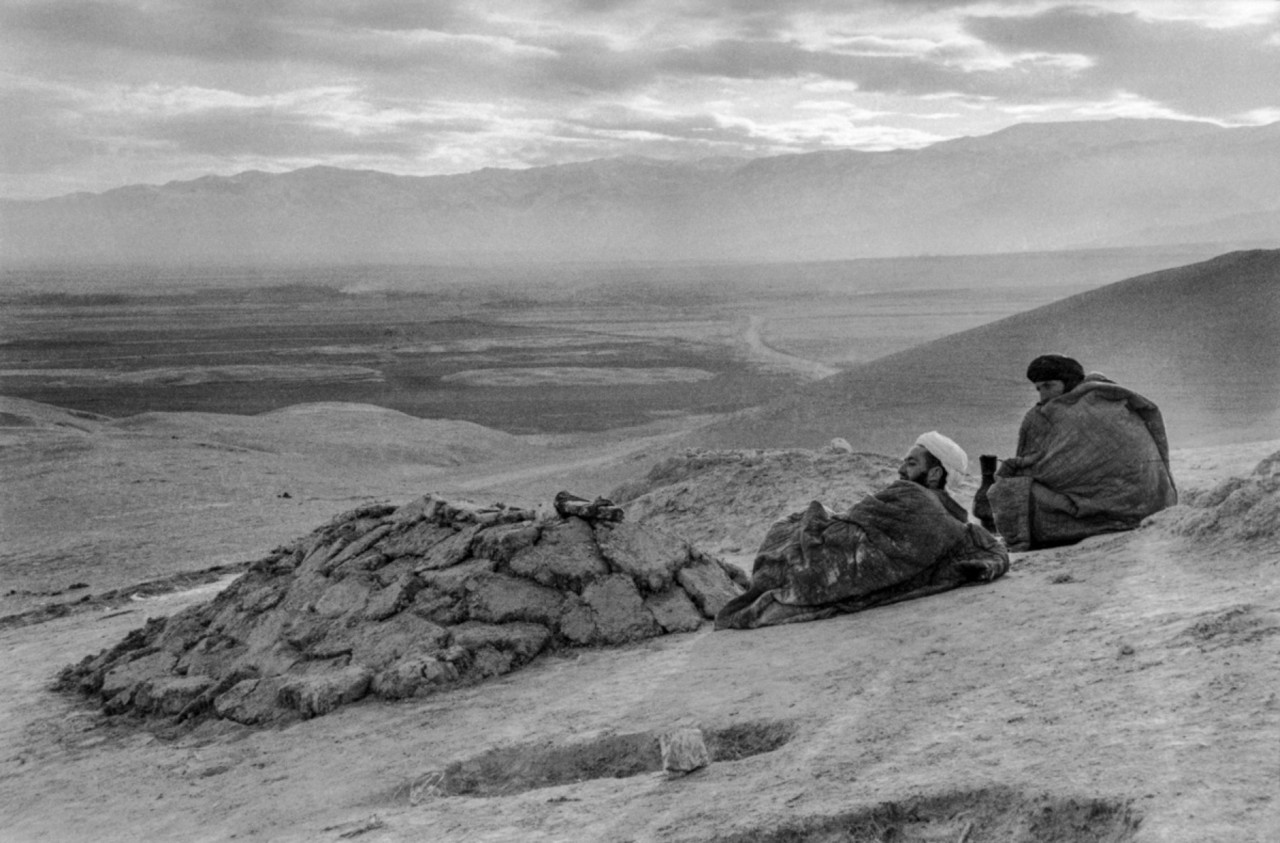 In 1955, Marc Riboud set off on a far-reaching journey through the Middle East, over land, with the intention of eventually entering Asia. It was in 1955 that he arrived in Afghanistan. In images of the expansive landscapes he traversed, as well as everyday customs of local people, the photographer revealed how this unique country captured his affections.

The photographs he made on this trip capture the ever-present influence of Eastern and Western powers in the Central Asian country. Riboud records various snapshots of these cultural juxtapositions. The British are present through images of young children wielding English weapons — results of trading the Brits engaged in with the Afghans during the Empire’s development of financial and political control in the country prior to its Third Civil War. Soviet technology too, is visible in an image of boys atop the engine of a large vehicle, while American film posters and an advert for Chesterfield cigarettes dress walls behind turbaned men. 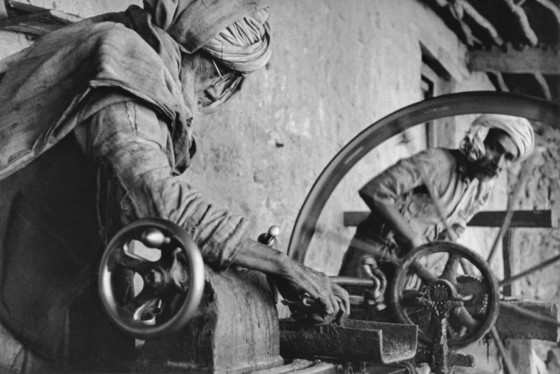 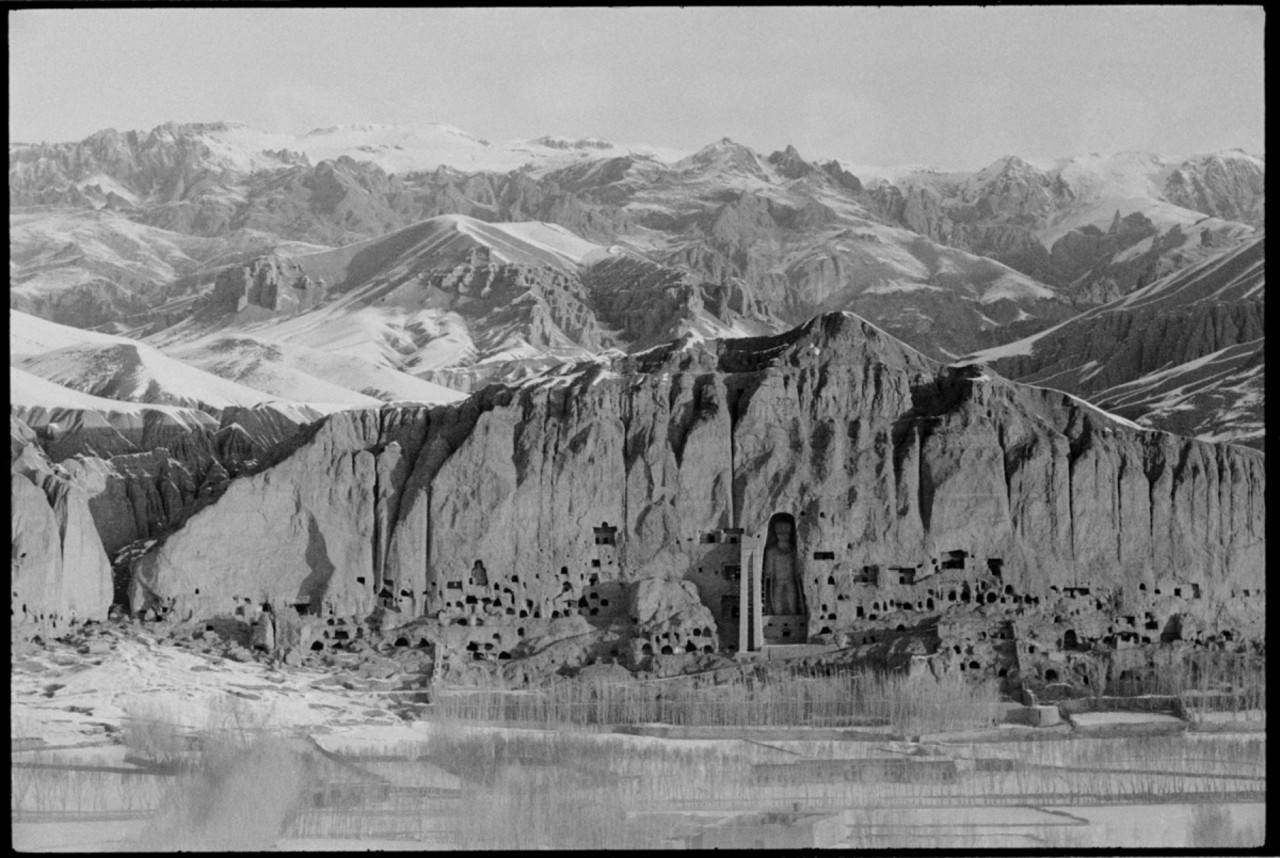 View on Bamyan cliff where the huge Buddhas were carved. The numerous holes seen in the cliff were cells of Bouddhist monks, and also home of habitants. The village of Bamyan, common stopping place (...)
for the Silk Road caravans, is built at the foot of the Buddhas. Afghanistan. 1955. © Marc Riboud / Fonds Marc Riboud au MNAAG / Magnum Photos

Many of Riboud’s images are almost ethnographic: his close-ups of women wearing the burka shows how his Western eye has been drawn to the clothing customs of this culture; in another, a Turkmen woman spins wool outside her house with her young child beside her. Out in the grassy steppes, backed by mountains, Riboud spectates on a game of buzkashi, a highly revered 800-year-old sport. Considered a demonstration of masculinity and leadership, riders carry a goat or calf carcass on horseback to a goal around a racecourse. In Afghanistan competitors from provinces across the country come together to take part in this tradition. Horses meeting for the buzkashi, a traditional game of Central Asia in which a calf, already killed, has to be caught by the horsemen and brought near a goal. Afghanistan. 1955. © Marc Riboud / Fon (...)
ds Marc Riboud au MNAAG / Magnum Photos 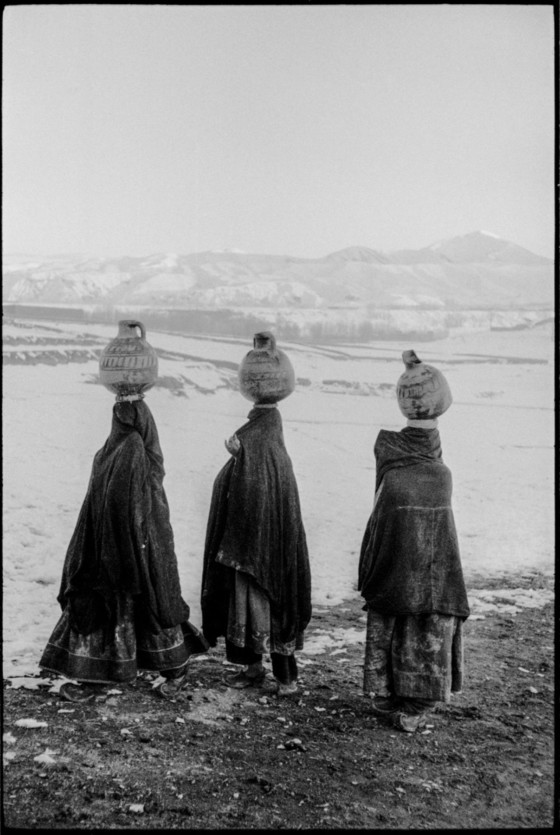 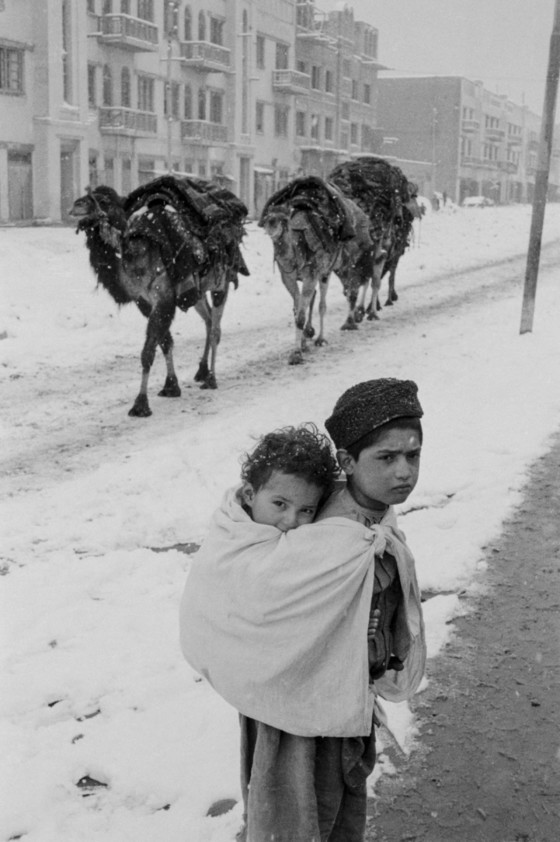 Many photographers who visited Afghanistan were enamoured with the warmth and hospitality of the people they met in a country torn in multiple directions by war, as Magnum’s other image-makers have also recorded. In the extract we share below, from Riboud’s book Into the Orient, the photographer remembers the companionship he shared with strangers and the rich sensory atmosphere of the place. 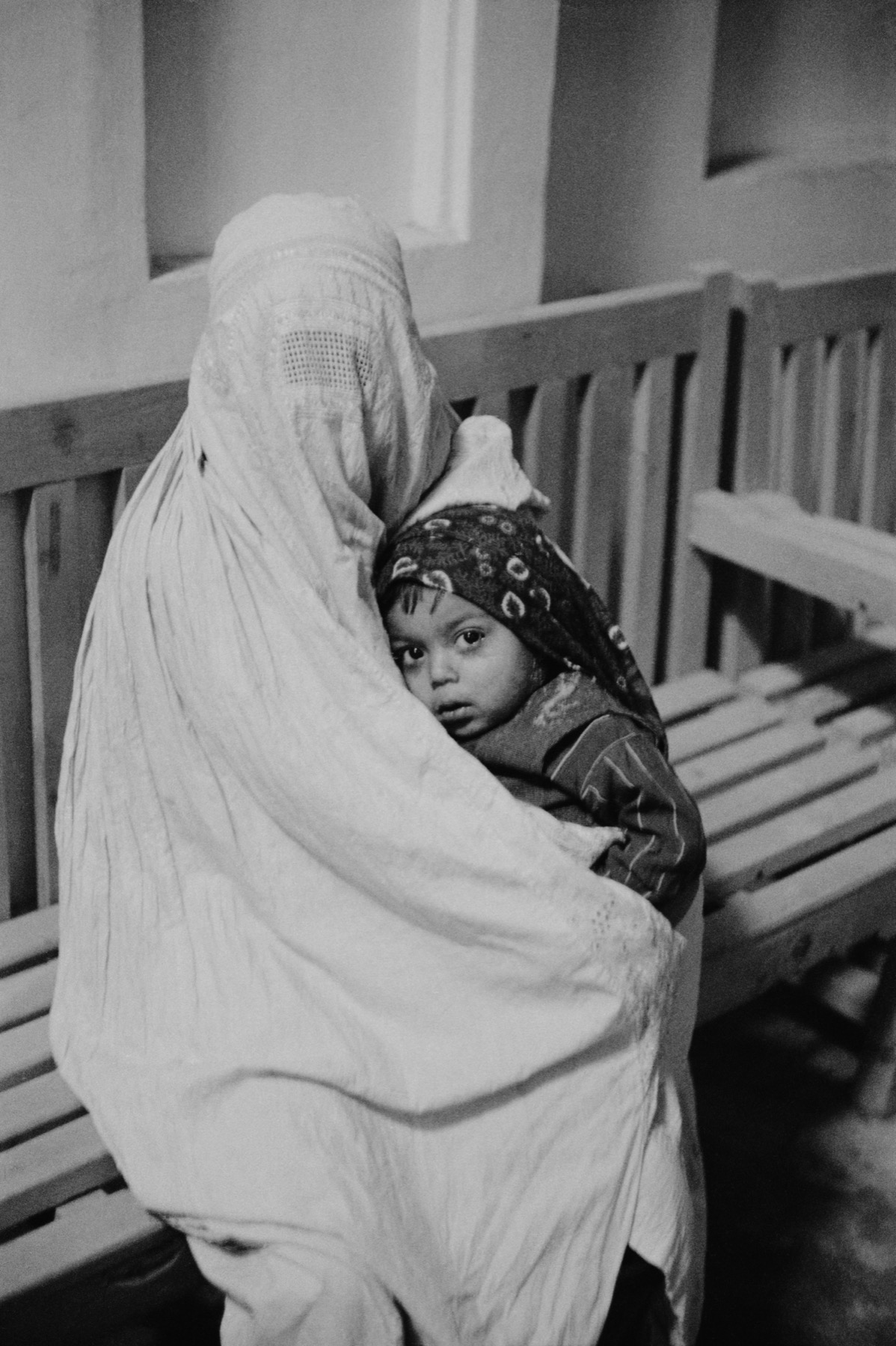 “One day, driving on the high Afghan plains where since the morning I had not come across a living soul, at evening I got mired fording a stream. In minutes, a dozen men sprang out of a clump of willows. They had planks, ropes, arm power, and cups of green tea to rescue me, and an hour later I was all fixed up, my Land Rover transformed into a bus by clusters of men and adolescents crammed onto the running boards as far as the nearest town. "No one was ever surprised at my being there, in that land where men spend a good part of their lives on horseback on the road" I was never truly alone on those trailways that only we Europeans think of as lying at the end of the world; I would run into trucks painted like toys, camel caravans, a gypsy with his bear, a turbanned old man on his donkey, a fearless tortoise crossing the road, a peasant repainting his door in the rare blue one sees nowhere else but in Iran.

Evenings, summer and winter, in the villages where nearly everything seemed snuffed out, I would always find a bed—that famous “charpoy” universal throughout the East, a kind of wooden frame with ropes stretched across and interlaced—and something to feed on in a café, a tchaikana, or a guesthouse. No one was ever surprised at my being there, in that land where men spend a good part of their lives on horseback on the road, and I would eat with a few old men playing checkers. Summers, the coolness of the nights was delicious with the murmur of running water almost everywhere.”

After his work documenting Afghanistan, Riboud continued eastwards through Pakistan to reach India, where he stayed for one year. Riboud made a visit of several months in China in 1957, the country where he was to make his well-known body of work that was to span the course of four decades.