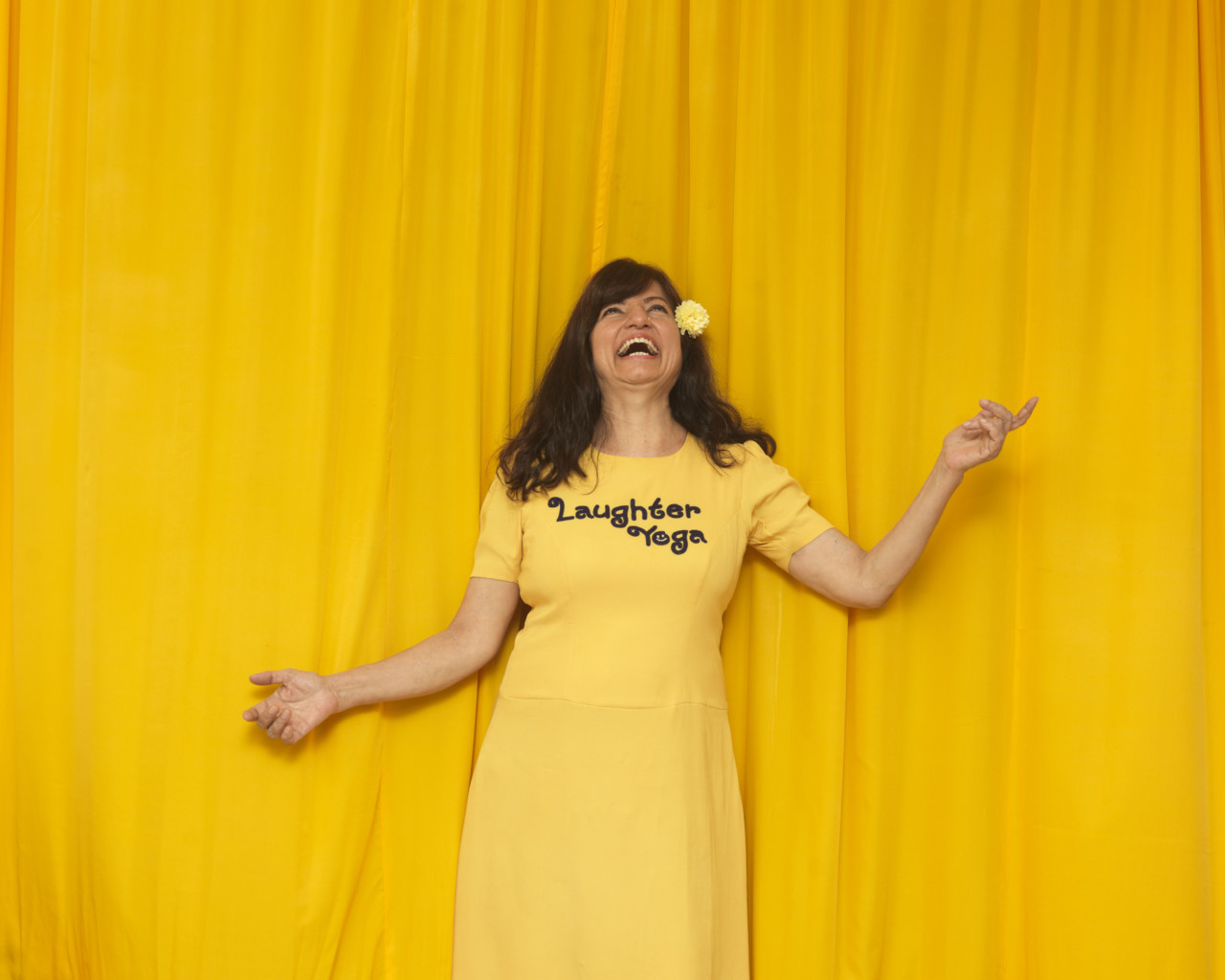 By his own admission much of Alec Soth’s work contains an element of sadness; the photographer also admits to feeling a level of distance with his subjects that he began to worry was affecting his portraits. To solve this very “human problem” he made a trip to India to investigate the practice of laughter yoga, a form of meditation that involves forcibly making yourself laugh to provoke the same positive reaction as genuine laughter. Here, Soth talks about his motivation for taking this trip of self exploration, and how it helped his photographic practice. You say that your portraits are often described as sad and lonely. Why did it bother you that people said that? After all, a lot of the greatest pieces of art, and the greatest songs are sad.
Bothered is perhaps a strong word. I’m attracted to this quality of loneliness, and obviously I am compelled to express that feeling. But I want to find ways to express a broader range of emotions. I love sad songs, but now and then I want to listen to something that makes me want to dance.

You’ve previously said that a distance you felt between yourself and your subjects was affecting your work. Was Robert Capa’s “If your pictures aren’t good enough, you’re not close enough” chiming with you at the back of your mind in some way?
I’ve never connected with that line from Capa because I’ve always seen photography as a medium of distance. It is about putting a piece of glass between yourself and the world. I think this is probably why I was attracted to photography in the first place. With this laughter work, my goal wasn’t to solve a photographic problem, but to confront a human one. 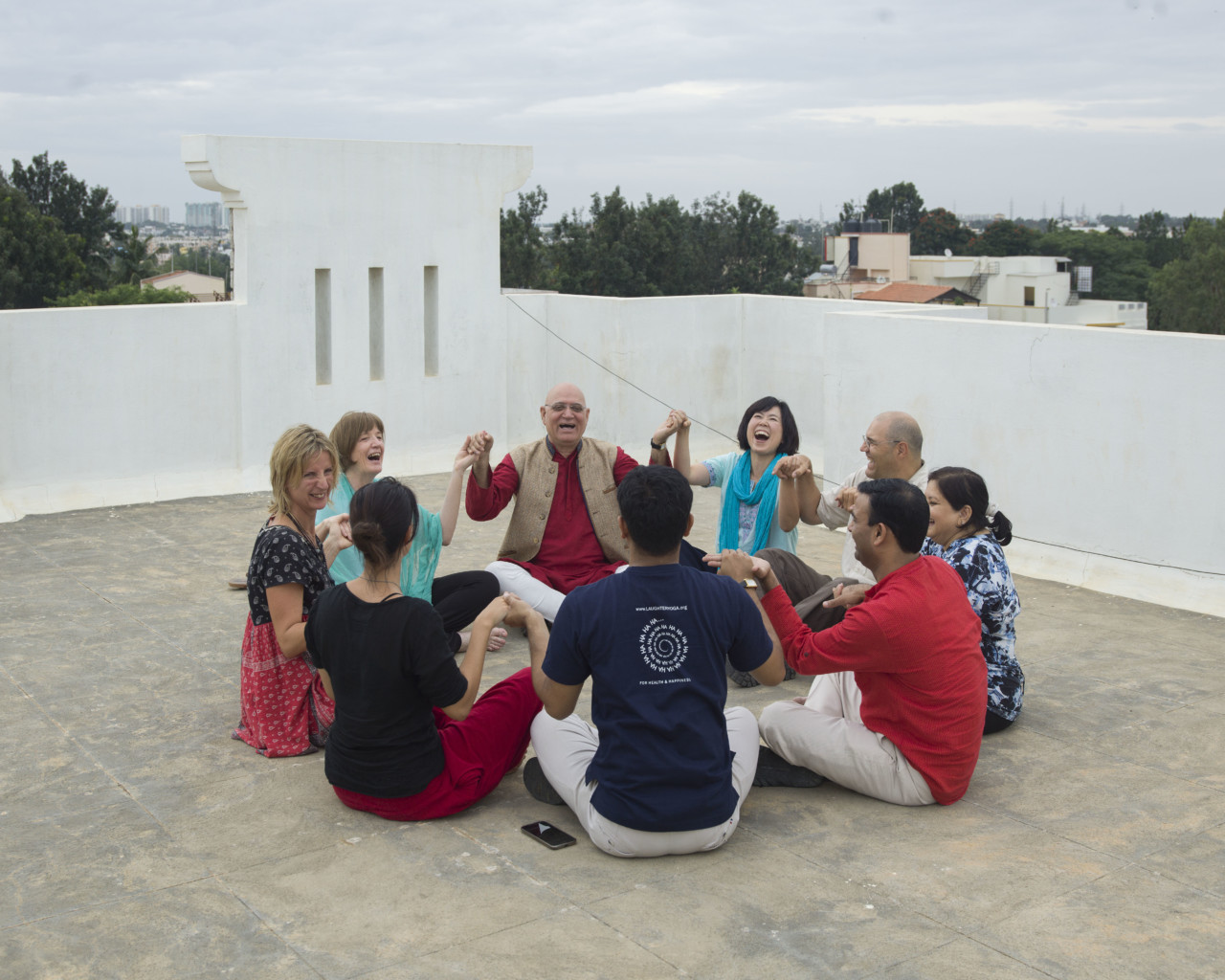 "With this laughter work, my goal wasn’t to solve a photographic problem, but to confront a human one" "The way to find joy, I think, is to open myself up to the full spectrum of feeling" 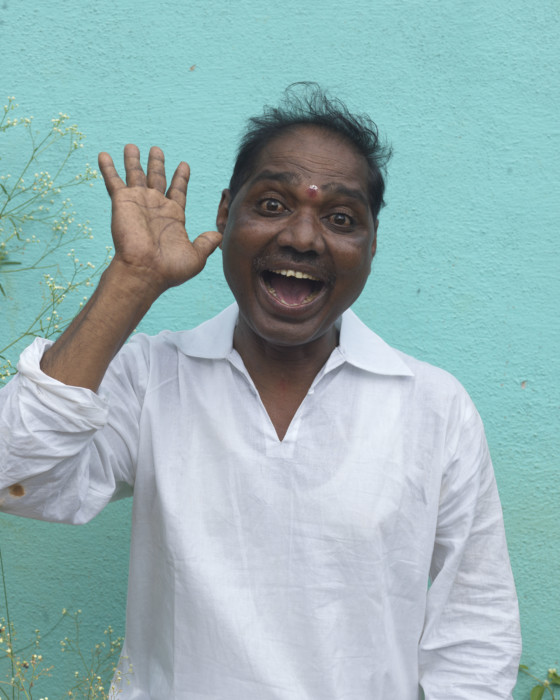 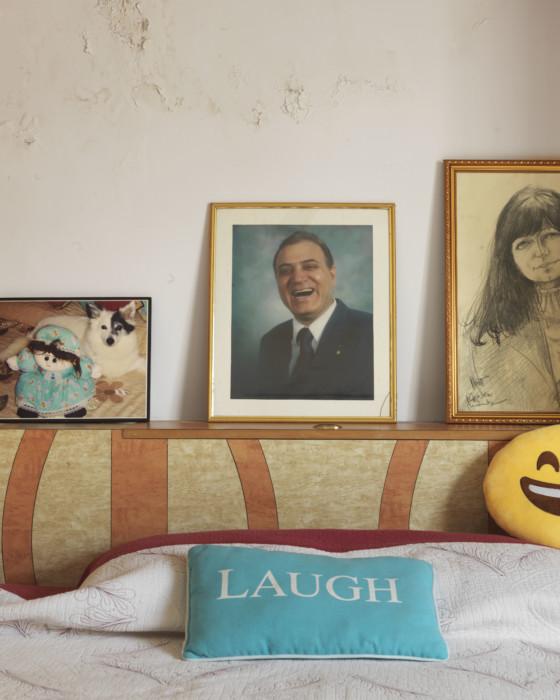 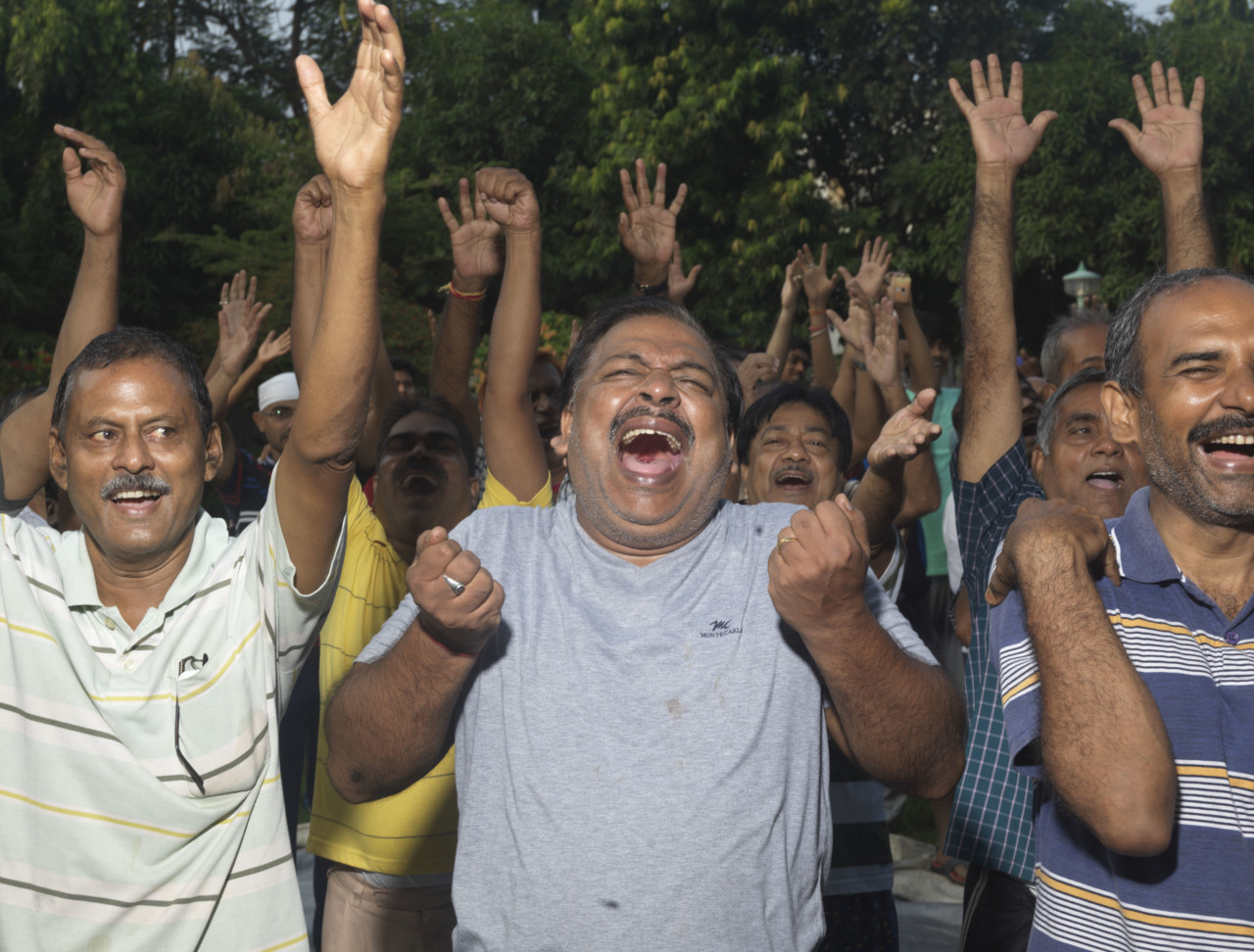 During the course of producing this work you came to acknowledge the similarity in the emotions of happiness and sorrow and how easily one can slip into the other. Do you feel that is was less about the type of emotion that began to help you to connect, but more about your willingness to open up to them that helped you get close to the subjects of your portraits.
Yes, totally. I recently heard a writer talking about how colors are conceptual. There’s no such thing as ‘blue’ or ‘green’, these are just parts of an infinite spectrum that was culturally delineated with a word. The same is true of emotion. One feeling bleeds into another. The way to find joy, I think, is to open myself up to the full spectrum of feeling.

How did you first hear about laughter yoga and what was it about it that piqued your interested to the point you wanted to photograph its practitioners?
I first heard about laughter yoga from a YouTube video many years ago. While I didn’t know I’d ever pursue it as a subject, this video made a profound impression on me. Not long after seeing it, I was shooting an actor and asked her to laugh. Her response was explosive and raw. So when I had the opportunity to travel to India, this was immediately the subject that came to mind. 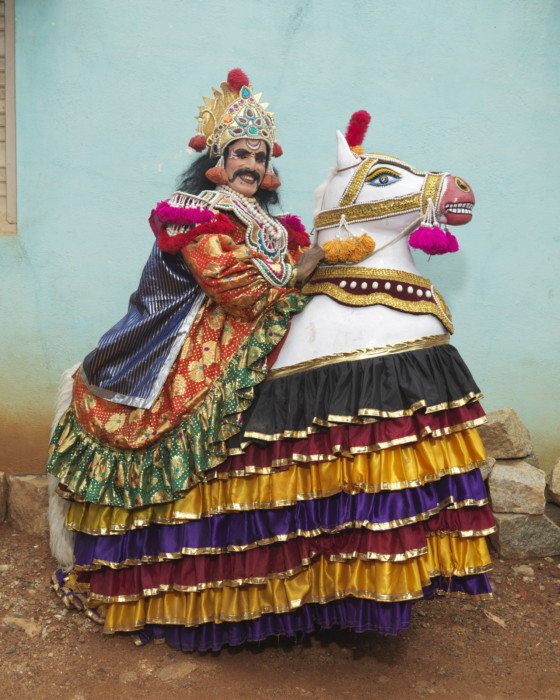 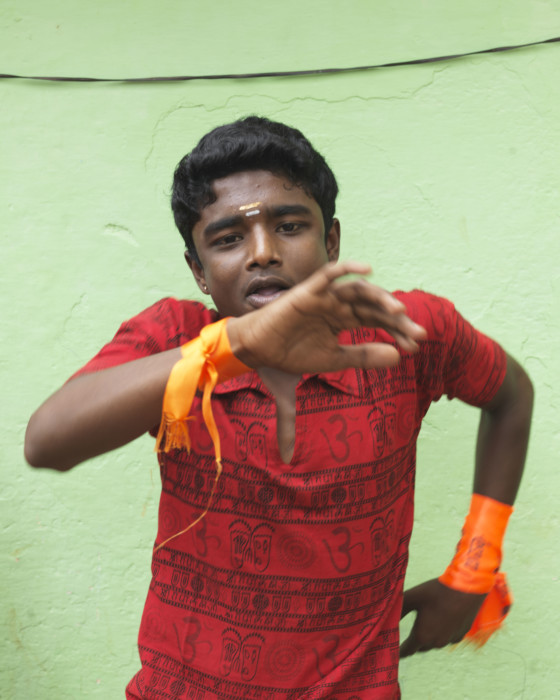 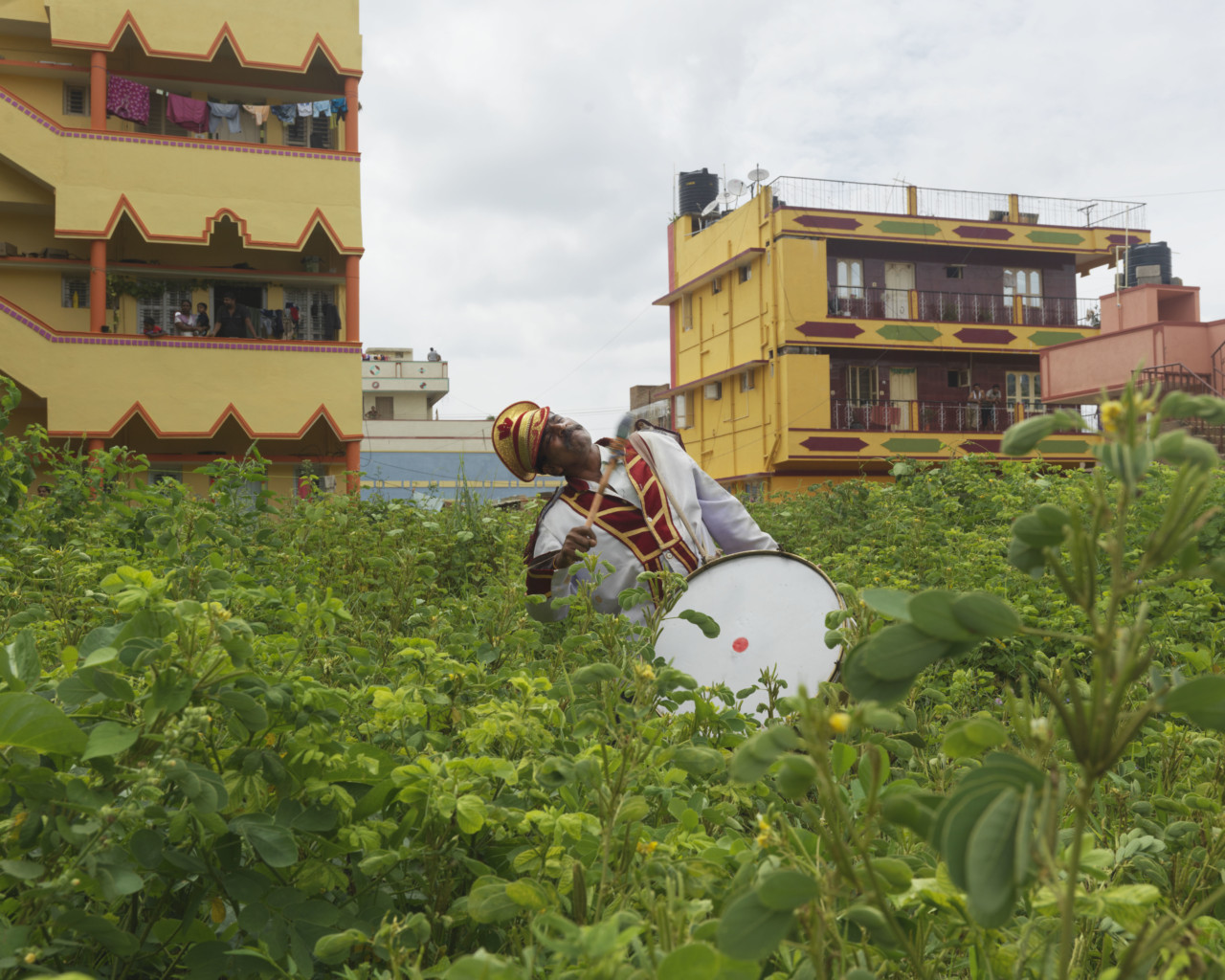 Did the people in the laughter yoga workshops seem happy?
Yes. Though what I found most impressive was their openness to life and their willingness to explore this side of themselves. In the end, that openness means more to me than the term happiness. Laughter yoga works by making your body laugh, even if you don’t find something funny, so it has a similar effect on you, as if you had genuinely laughed. So if the laugher in laughter yoga isn’t a genuine laugh, did you still feel as if the happiness you were photographing was genuine?
What is genuine happiness? Emotions aren’t tangible and quantifiable objects. Happiness is just a label we attached to a broad spectrum of feeling. Manufactured laughter exists on one end of this spectrum. But while doing it, particularly with others, it usually transforms into a more uncontrolled form of laughter. This is wonderful and feels good – I’m wary of defining it as happiness.

You also tried doing some laughter yoga yourself. What was that like?
I spent many hours doing laughter yoga and continued with it after I returned from India. It is an extremely healthy and effective form of exercise. As with other forms of yoga, it starts as physical exercise but then expands to become more holistic. Like any other forms of exercise, it can feel daunting to start, but afterwards leaves you feeling better. 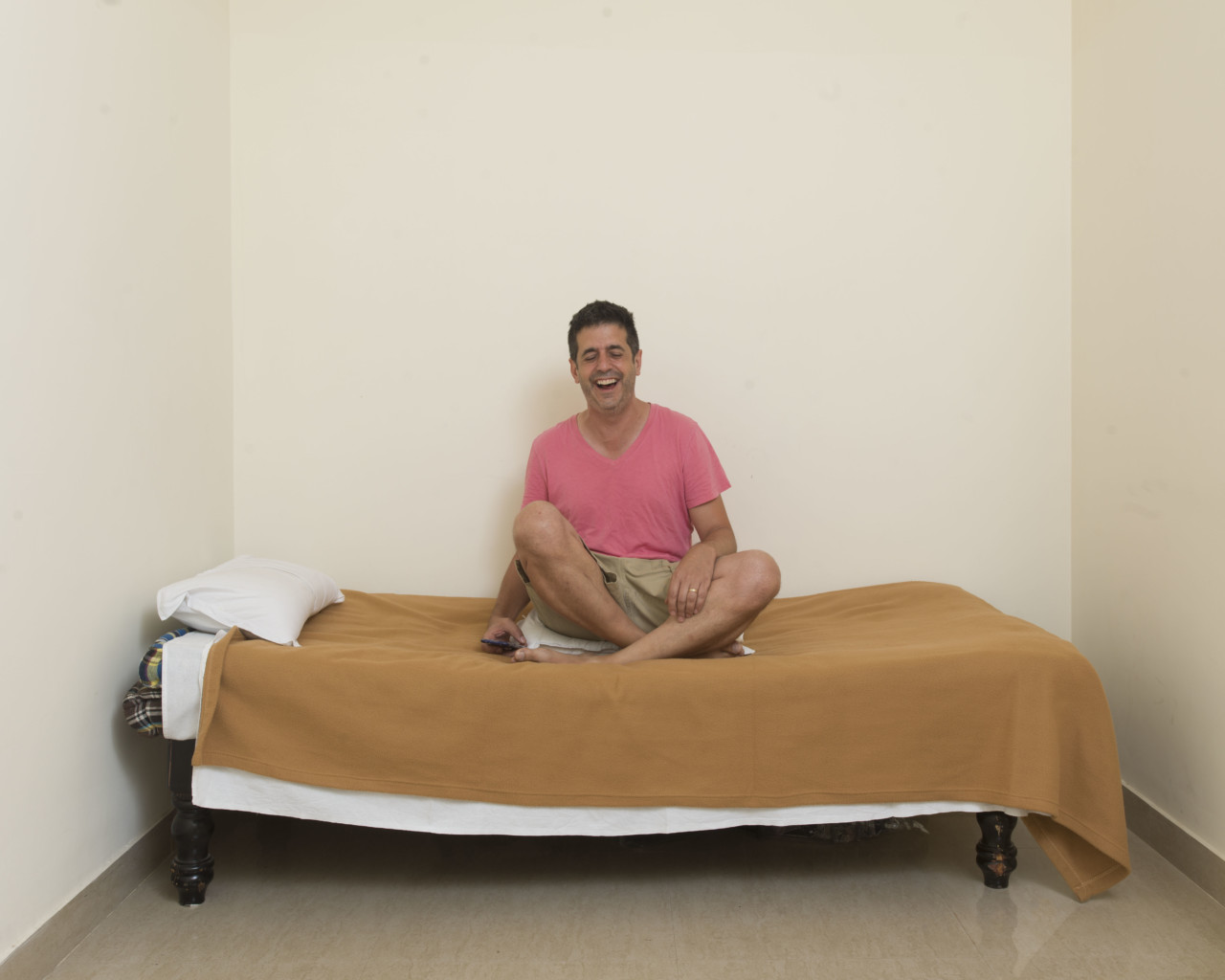