The photographer explores the making of the cover-image from his 2006 book, Satellites, the culmination of several years travelling across the southern borderlands of the former USSR 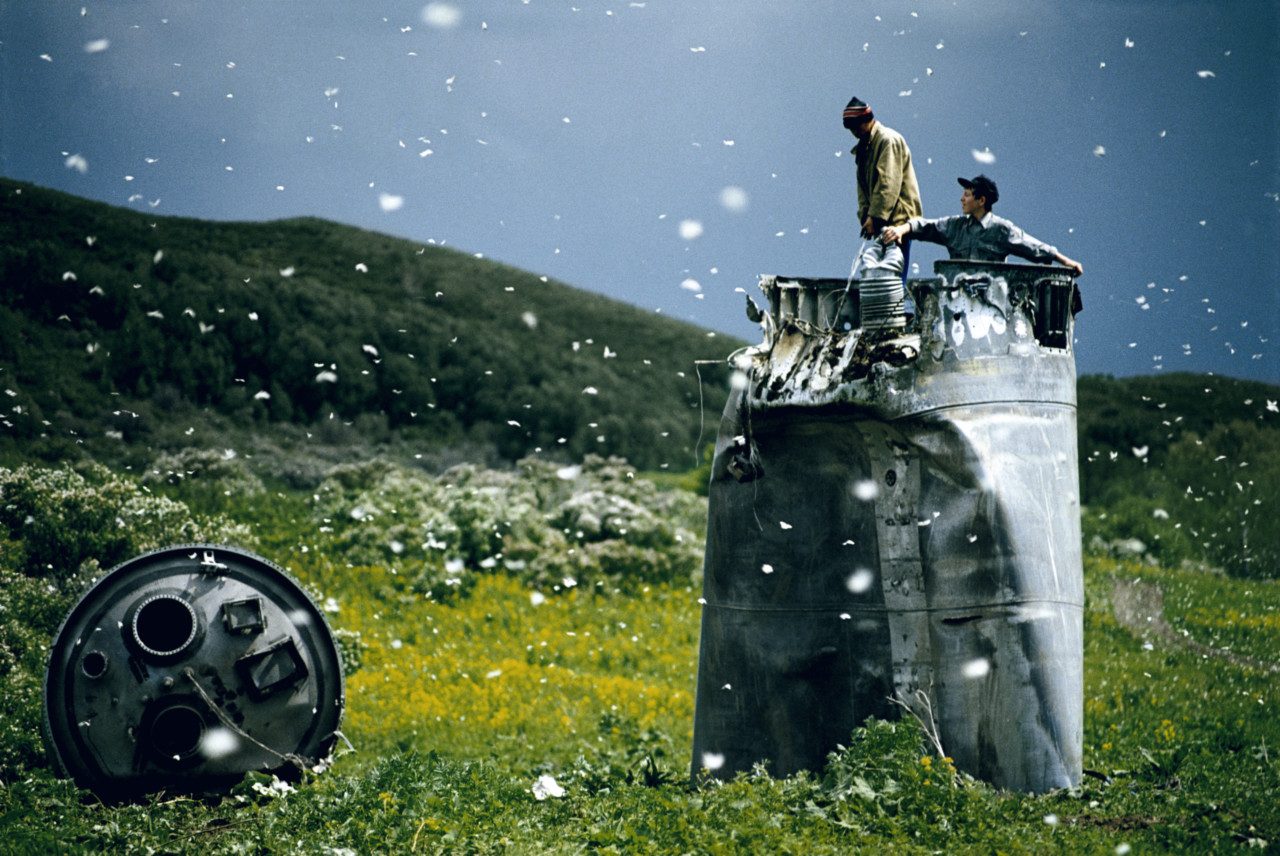 Magnum Contact Sheet Prints tell as much of a story as the single image that goes on to become iconic: they reveal the befores, the afters, and the almost theres, that surround some of the most iconic photographs.

Reproducing the original without alteration, the 16×20″ Magnum Contact Sheets offer a unique insight into the methods by which members have produced some of their best-known images. These prints, including Jonas Bendiksen’s which is explored here, are available exclusively on the Magnum Photos Shop.

You can read other entries in Magnum’s series on contact sheets, and the making of iconic images here. Below we reproduce Jonas Bendiksen‘s entry from Magnum Contact Sheets, discussing the image that was to become the cover of his book, Satellites. “The image that became the cover of my Satellites book was one of the few I ever shot on negative film. Normally I would use transparencies. However, I think I had probably run out of slide film on that day, and was going on whatever I had in the bottom of my camera bag. The image was shot in 2000 in the Altai Territory of Russia. My wife Laara and I, then living in Moscow, were doing a story about the people who lived downwind from Russia’s main spaceport, Baikonur.

I hadn’t looked at this contact sheet in years, as I’d cut out the chosen frame and left the rest in an archival box I hardly ever accessed. Once I dug it out, I couldn’t help laughing aloud. I was shocked, but thrilled, at what it showed – a complete unawareness of the magic that was swirling around me. Or perhaps it was the last breath of the save-your-film-you’ve-only-got-36-shots era? In any case, here we were in a cloud of white butterflies circling the remains of a Soyuz space rocket’s second stage, while local farm boys were gutting it for usable scrap metal. In total, I shot less than half a roll of film. From the basic angle and composition from which I got the final select, I clicked the shutter three times. That would not have happened today.

In a sense, it makes me a little wistful to look at this sheet ten years later. When this was shot, I was just at the beginning of my career and was doing everything for the first time. I wonder if I can ever recapture the rawness of those first years of photographing – when everything was so fresh to look at that I didn’t seem to think a freshly crashed spaceship with farmers on top of it was anything that far out of the ordinary; nothing worth a couple more rolls of film.”