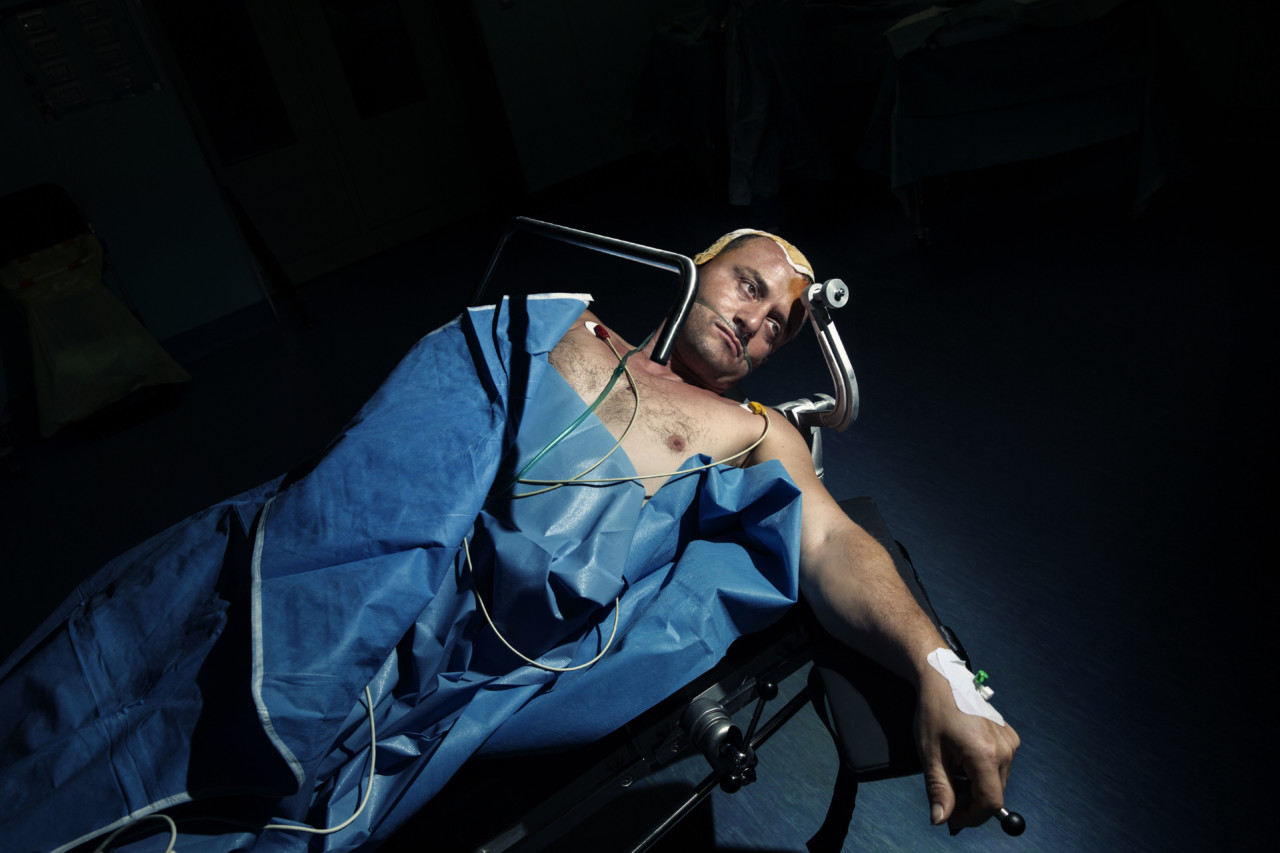 Paolo Pellegrin Ilmi Hasanaj has awake brain surgery performed on him by Professor Henry Marsh at the department of neurosurgery in the Mother Theresa University hospital in Tirana. Albania. 2015. © Paolo Pellegrin | Magnum Photos

Retiring in 2016, British doctor Henry Marsh spent 28 years as a senior consulting neurosurgeon at St. George’s Hospital in London. His magnum opus was the pioneering of a brain survey technique called awake craniotomy, which is, essentially, where the patient is operated on while conscious. It is used to remove brain tumors that are difficult to distinguish from the brain itself. The surgeon uses an electric probe to stimulate the brain and observes if and how the awake patient reacts. The demographic most affected by these kind of tumors, which are incurable, mostly comprises young people. Without surgery 50 per cent of patients die within five years; 80 percent within 10 years. Surgery can prolong their lives by 10-20 years, sometimes more. 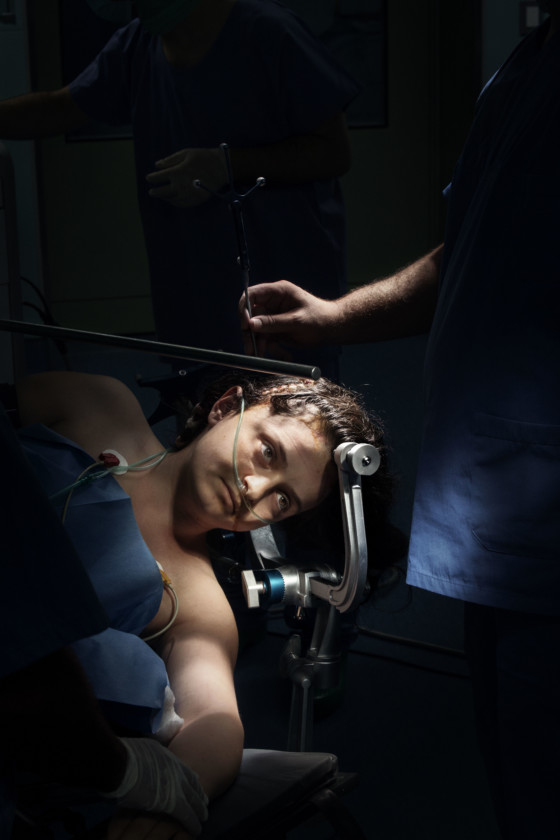 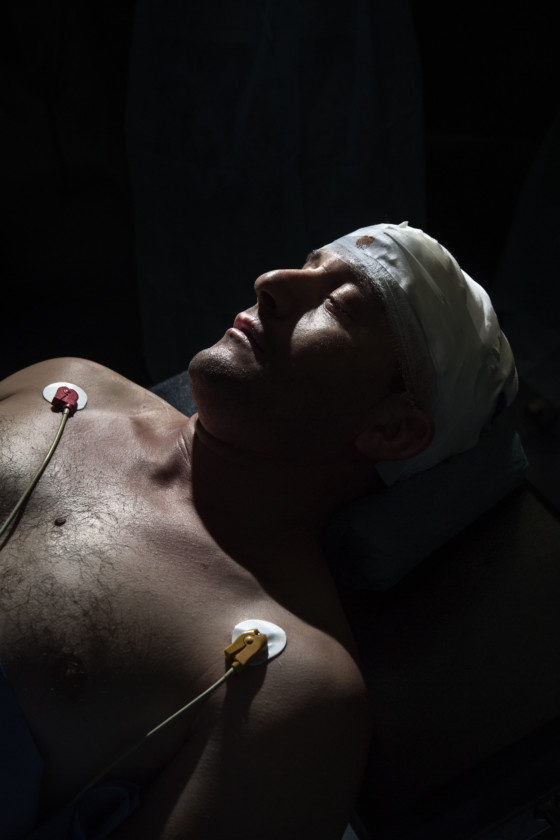 In August 2016 Doctor Marsh, who had performed the operation over 400 times by this point, travelled to Albania to carry out the procedure for the first time in the country. His fpatient was Ilmi Hasanaj, a 33-year-old bricklayer from Tirana. The procedure was photographed by Magnum’s Paolo Pellegrin; the resulting images capture the beauty and the drama of the lifesaving treatment. Now, the awake surgery technique is being developed and used for other types of surgery, such as head and neck surgeons who implant prosthetic devices to replace damaged vocal cords, for example. Paolo Pellegrin Ilmi Hasanaj has awake brain surgery performed on him by Professor Henry Marsh at the department of neurosurgery in the Mother Theresa University hospital in Tirana. Albania. 2015. © Paolo Pellegrin | Magnum Photos