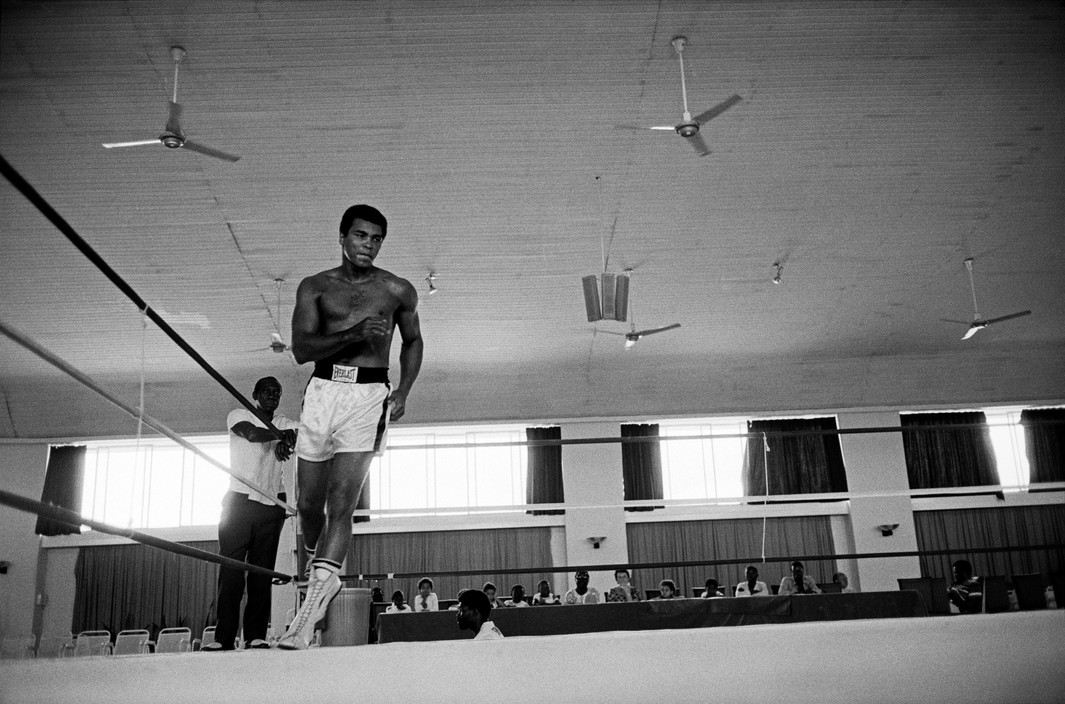 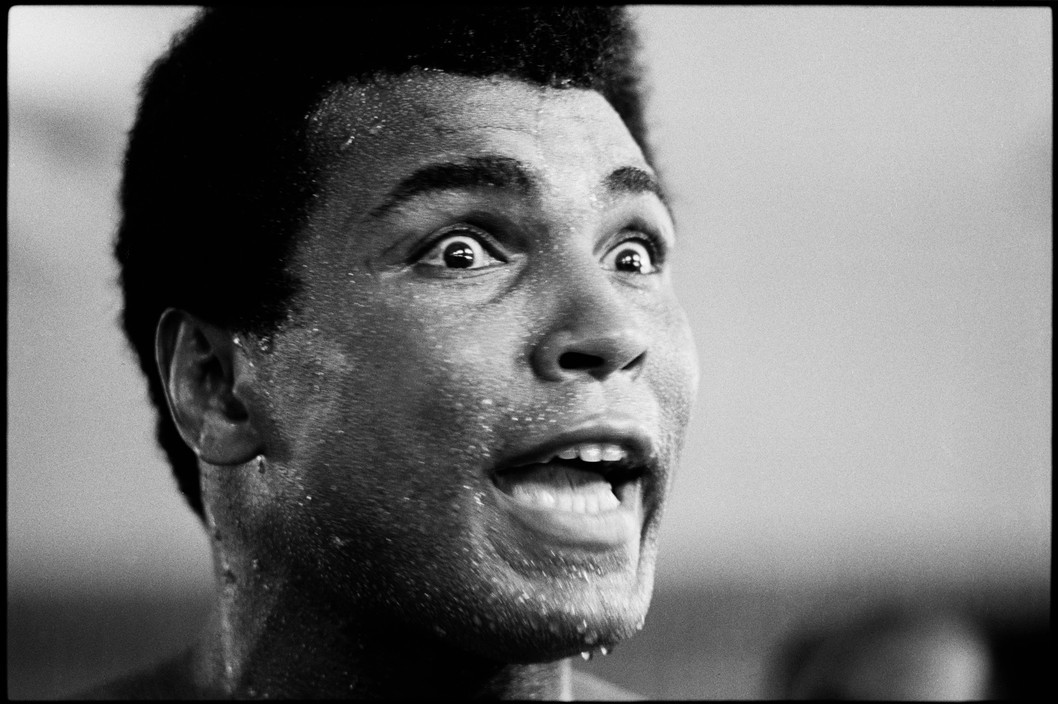 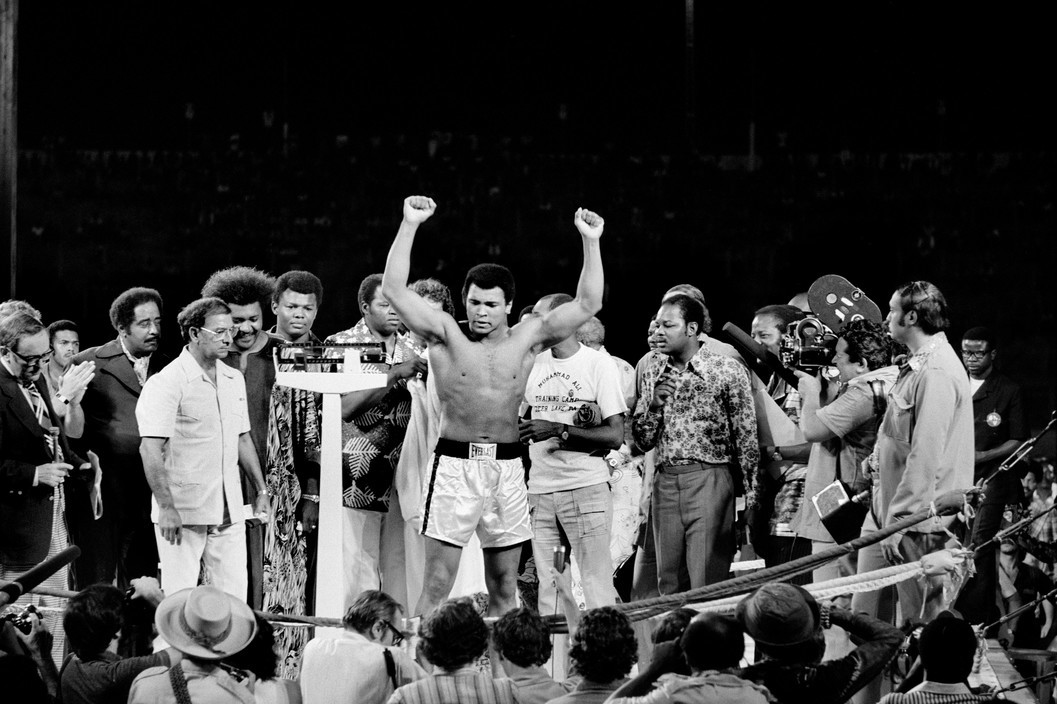 18
Abbas | Ali, the Fight World Heavyweight Boxing Championship. Muhammad Ali about to be weighed before the start of the championship. Kinshasa, Zaire.1974. © Abbas | Magnum Photos
License | 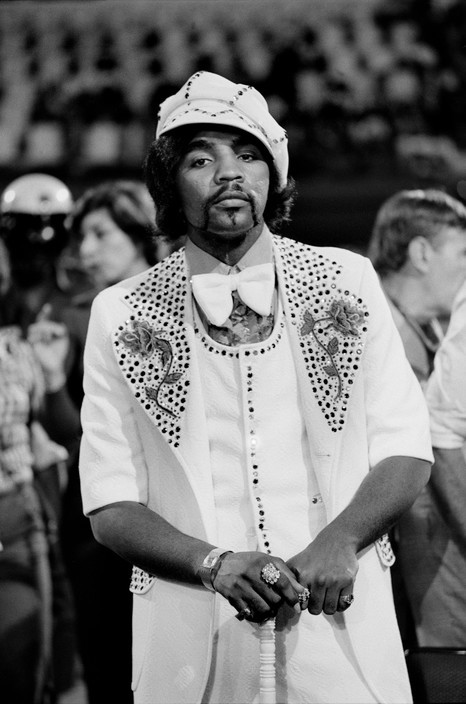 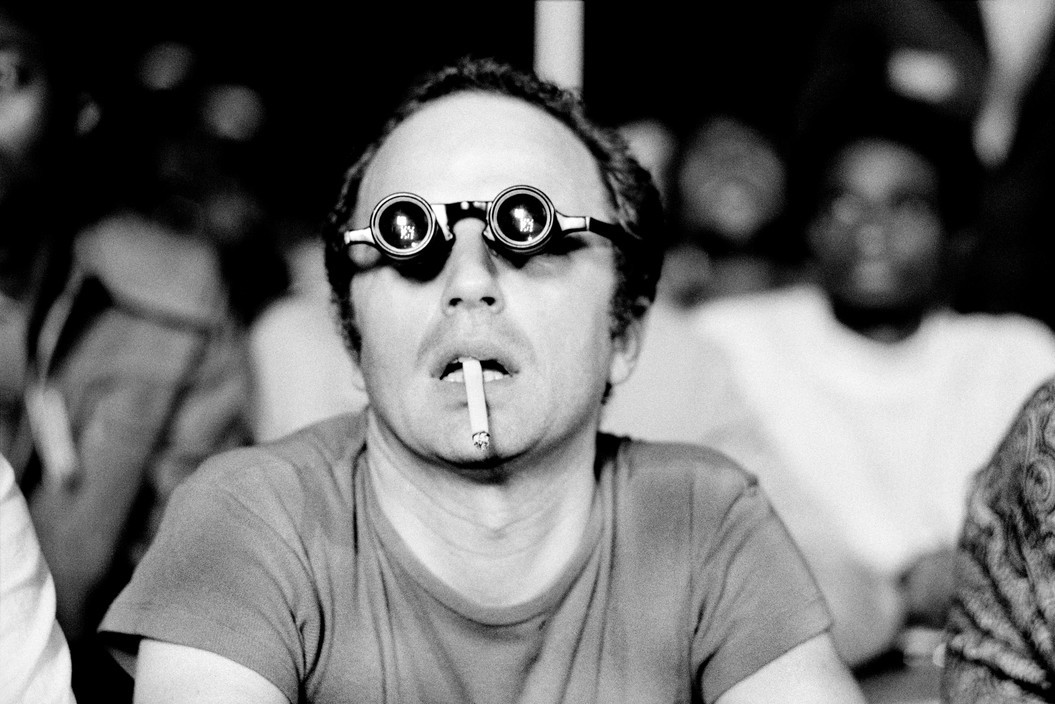 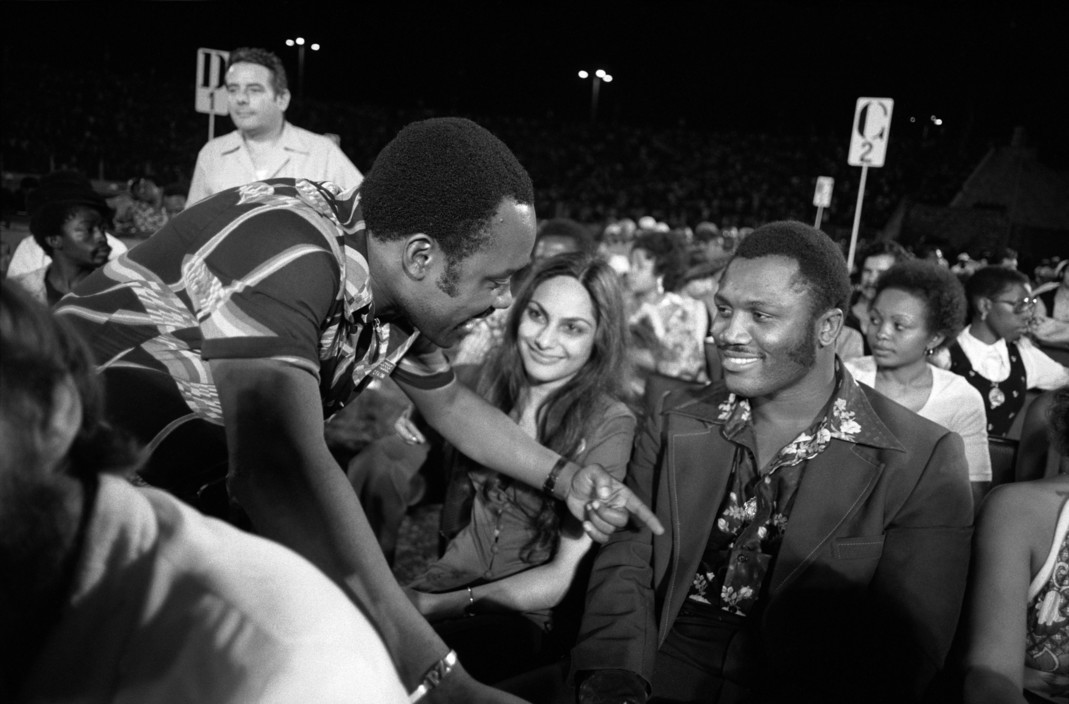 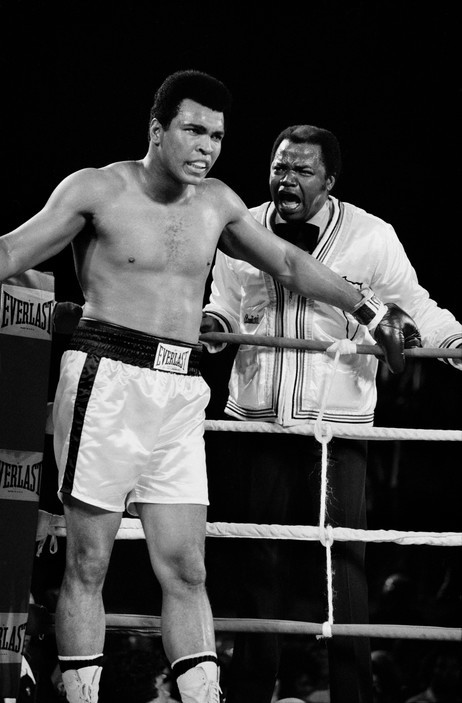 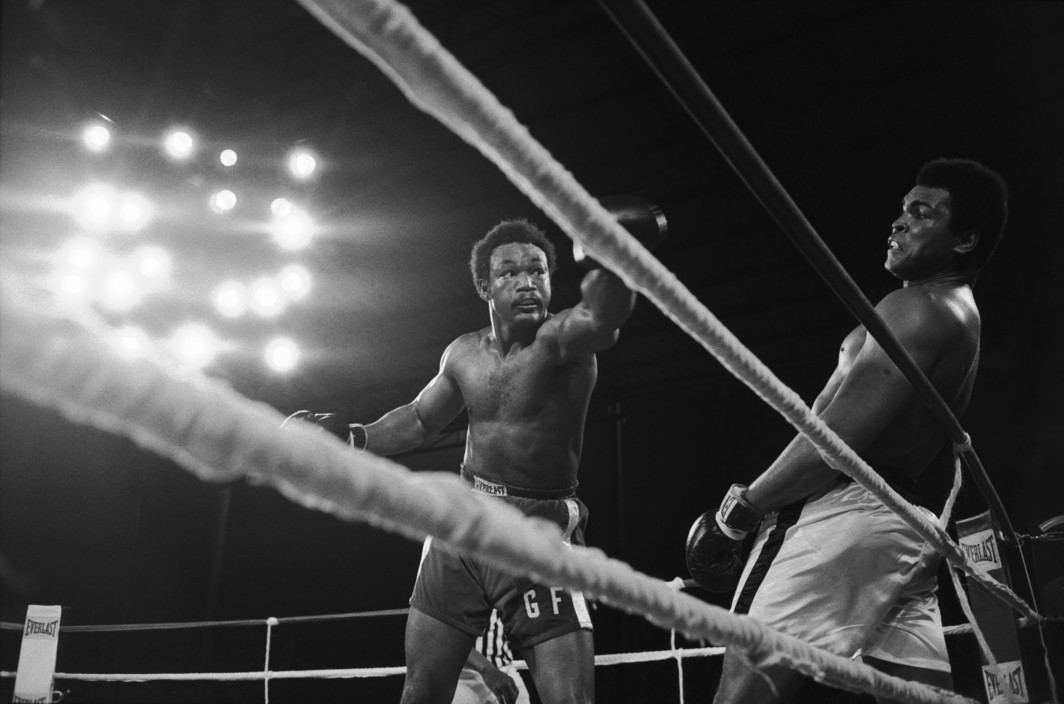 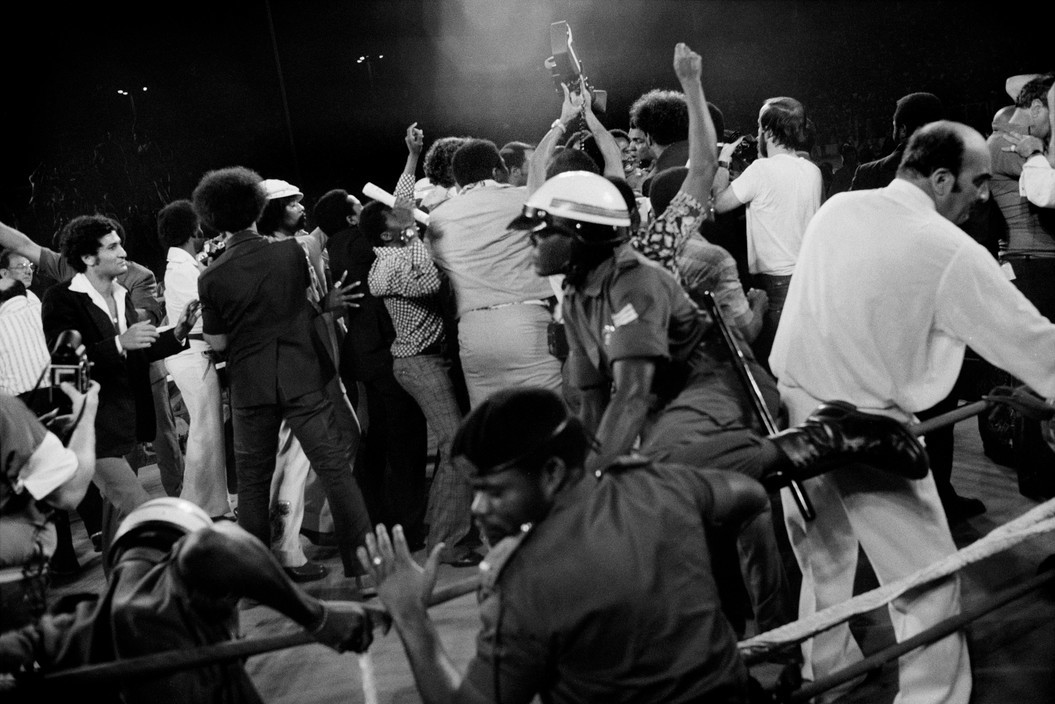 18
Abbas | Ali, the Fight Muhammad Ali talking with the press in his dressing room, after the fight he won. On his right is his brother Rachaman.Kinshasa, Zaire. October 30, 1974. © Abbas | Magnum Photos
License | 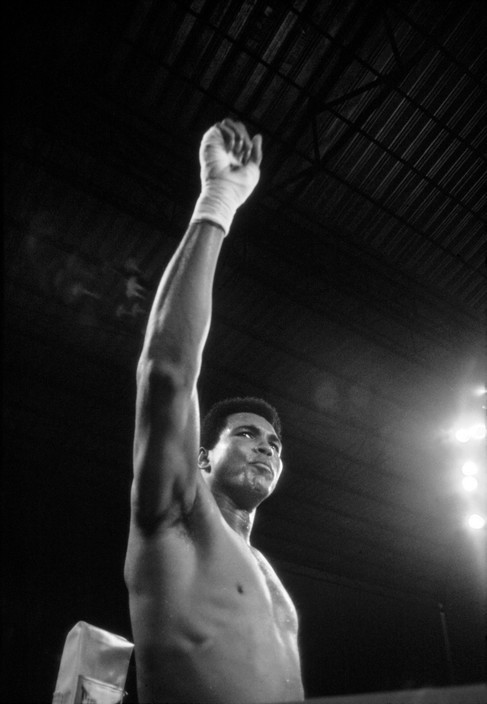 The Rumble In The Jungle was one of the greatest sporting events of the 20th century. The heavyweight world championship fight took place on May 20, 1974, and saw the ‘unbeatable’ George Foreman go head-to-head with the older Muhammad Ali, and would go down in the records as was one of the biggest upsets in sporting history.

The fight took place in Kinshasa, Zaire after fledgling promoter Don King convinced the Zairian dictator Sese Mobutu that the fight would put his country on the map.

The match spawned the book The Fight by Norman Mailer and was the subject of an Oscar-winning documentary. Furthermore, the fight between Ali and Foreman put Don King on his way to boxing promotion supremacy. The legendary match also served as an inspiration for billions of people around the world, with Ali becoming one of the most recognised people on the planet.

Abbas, while documenting Mobutu’s Zaire, followed Ali throughout his training in what is now the Democratic Republic of the Congo, and captured the fights defining moments.

The fight between Ali and Foreman also started Don King on his way to boxing promotion supremacy and served as an inspiration for billions of people around the world as Ali became the most recognised person on the planet.

After the Rwandan Civil War: Refugees in Tanzania