Magnum's inspired collaboration with AMI travels to Florida this week for the latest pop-up in a worldwide-touring exhibition. Having debuted in the French capital in late September, Magnum’s inspired collaboration with AMI travels to Miami this week, opening at the Innovation Gallery on Thursday for a pop-up exhibition that runs through to Saturday (December 1-3).

The Paris fashion brand partnered with Magnum to create an ambitious book and traveling exhibition that considers the idea of family through the lens of the personal stories and experiences of 13 of the agency’s photographer plus two guest artists. All 15 were commissioned to make work around the theme, each given the creative freedom to interpret it as they wished.

Below, we present the work of three of the Magnum photographers who participated (all of whom will be present at the opening in Miami) alongside the texts they presented in the book, Family, published by Flammarion. The first time I lost someone I loved, a fire burned inside me and I could see the reflection of the flames in my mother’s eyes. A fire that spread like roots on the ground in each one of us, in our bodies, in our voices, in our eyes. We will not always have these bodies, these eyes and one day our image will dance on the eternal fire, on the eternal dream from which we come. 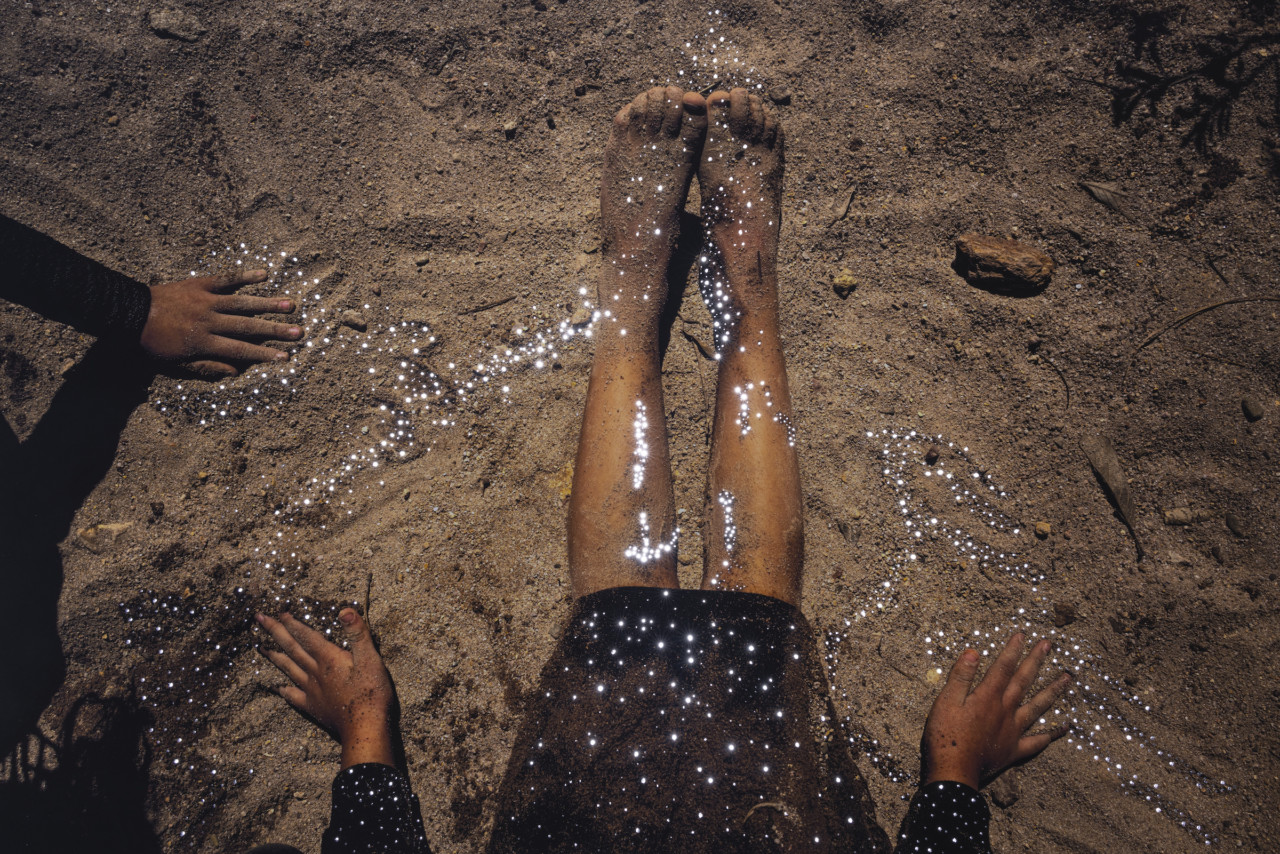 "The first time I lost someone I loved, a fire burned inside me and I could see the reflection of the flames in my mother’s eyes." Alex Majoli, Scene of Kanun
The Kanun is the most important code of Albanian customary law. It dates back to the Bronze age and still applies in some areas of northern Albania, in particular in Dukagjin.

Based on the four pillars of honor, hospitality, proper conduct, and kin loyalty, it also covers property rights (which include land and women) and water access (a key issue in a dry Mediterranean country).

The rules of Kanun are very specific: “blood must be paid with blood,” with a victim’s family authorized to avenge a slaying by killing any of the killer’s male relatives. If they do not, they bring shame to their family, village, and entire tribe. Blood feuds can even pass from one generation to another over decades, with revenge killings going back and forth between families until all their male members are dead.

There are usually attempts to mediate blood feuds, but often the only resort is for men to stay at home (considered a safe refuge by the Kanun) or flee the country, leaving their families behind forever. Entire families are therefore forced to live in hiding, relying on the support of relatives and on the fundamental role of women, who can go out and continue to work. The entire family huddles together around those forced into hiding.

Sociologists believe that the feuds inverted traditional gender roles in rural Albania, as women became the breadwinners of the family while men were forced to stay home and do the housework.

According to the Kanun, women have very few rights. They are considered as property and their role in life is to produce children. Some choose to become sworn virgins (burrnesha) before a Council of tribal elders, promising to remain celibate and take on a male role. They dress as men, take male names, carry guns, smoke, become the head of their household, and carry out male work.

These women decide to switch genders for social reasons: avoiding an arranged marriage (by becoming a man they avoid dishonoring the grooms’ family and potentially causing a blood feud); because there were no sons to inherit property after the death of a husband or father; sexual orientation; or simply not wanting to be treated like a second-class citizen. 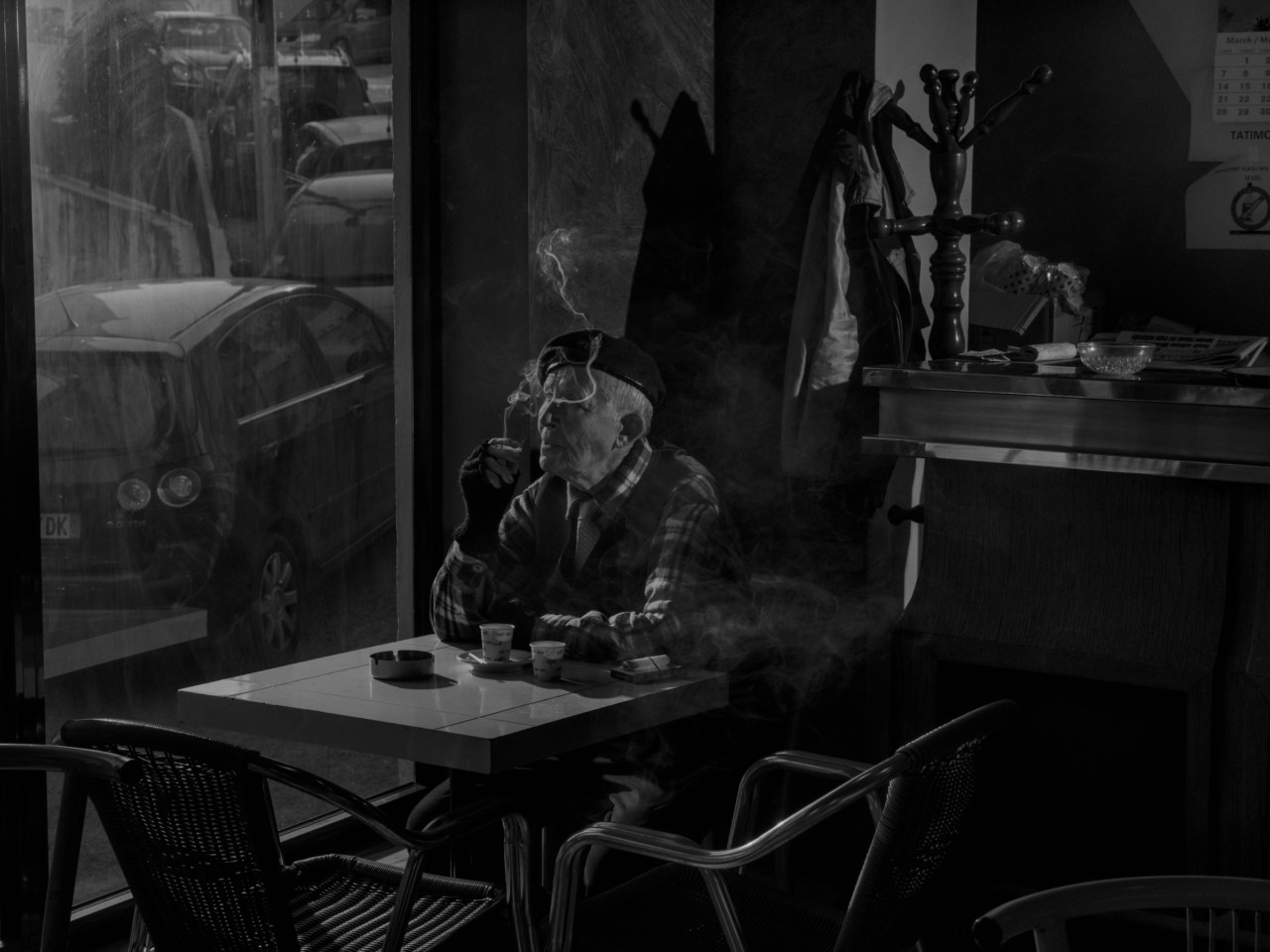 Diana was born in the mountains in the North, right after his brother’s death. His mother was from Kosovo, his father was an officer in the Albanian army, who was stationed at Tropojë at the time when Diana was born. This is also the town where, as a little girl, he spent the first nine years of his life wearing trousers, playing football, and getting into fights. At the age of seventeen, Diana decided to become a burrnesha. He took an oath of celibacy in front of dozens of relatives and vowed to serve the family as a man. His father always treated him as a boy. “To some extent I took the place of my elder brother who had died before I was born,” Diana says. He retired after a career as a customs officer at the port of Durrës. Now, he spends his time painting, taking photographs, and cycling around the city. Mima lives in the countryside of Shkoder in northern Albania. Her husband has been hiding in the mountains for years after committing a murder. Since the victim’s family invoked one of the Kanun laws he has been trying to get them off his scent. Since that day, Mima has lost her husband. But this revenge has also taken away two of her three children who managed to escape to Europe. She is now left with her youngest son only, who has been living locked indoors, unable to leave the house. He wants to escape, yet the desire to stay at home and not leave his mother alone is stronger. 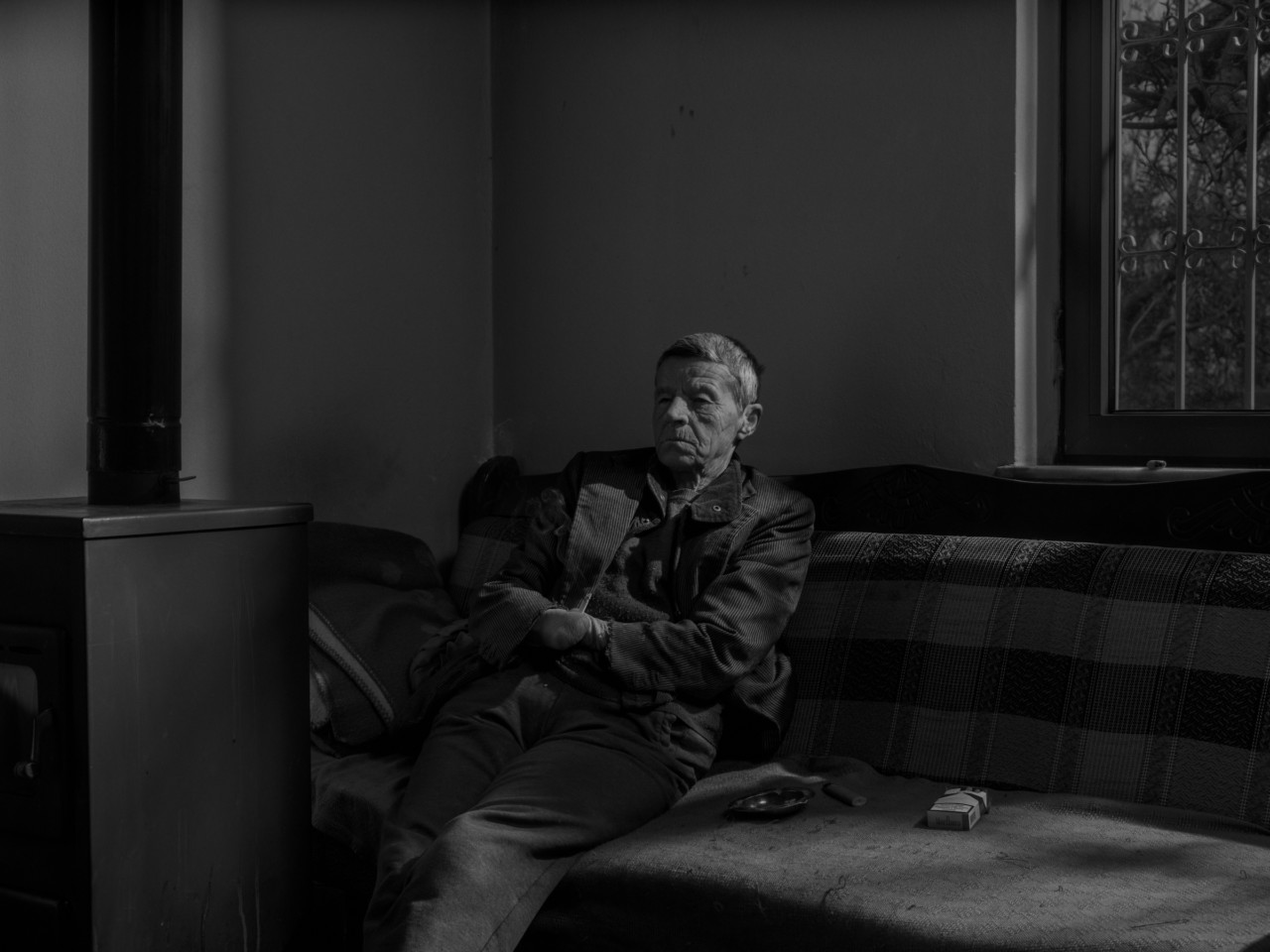 When Drande was six years old, as he was playing, he touched a bomb that exploded in his hands. Drande had been a girl who was used to playing with boys who he felt were his peers and who would treat him as a boy. At the age of twelve, he decided to change and had his hair cut. He told his parents that he wanted to live as a man. Since that day his life has changed. Drande has all the rights of men, but must respect the vow of chastity he has taken. He started smoking and spending time with men. He has held numerous jobs: working as a librarian and also in a factory. Bedrie is the third of eight siblings: four boys and four girls. From a young age, he used to play with the boys and dressed like one. In an Albanian society where women have to stay at home, he saw no room for girls, and decided to become a burrnesha. Becoming a man meant freedom to him. Now Bedrie has all the rights of men, but must remain true to his vow of chastity. Bedrie lives in the hills around Bajram Curri, where he works as a van driver. 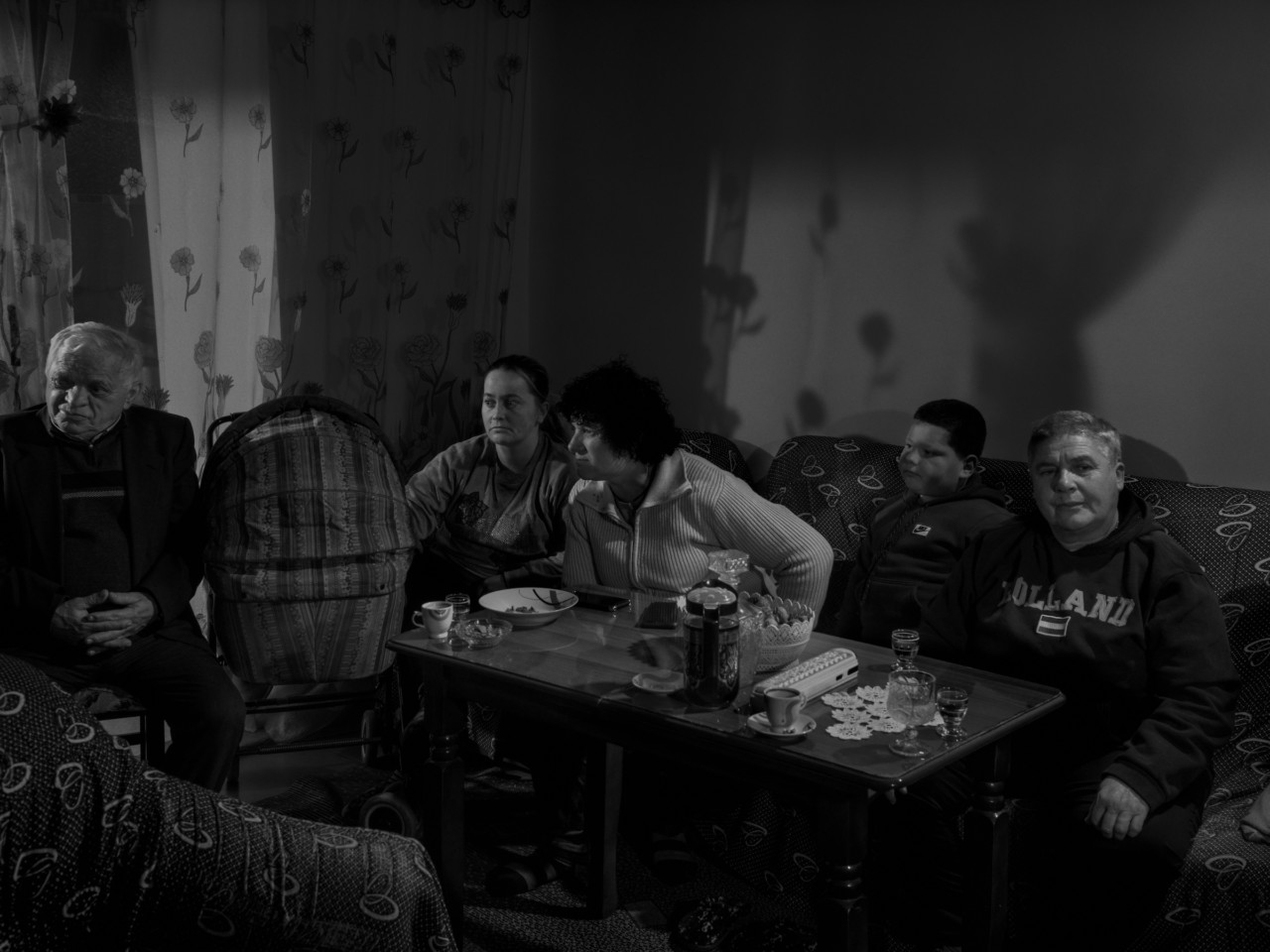 Gjystina is the eldest of six sisters. From a young age, he didn’t want to do the “things women do” such as getting married, cooking, or ironing clothes. At the age of twenty-three, he became a burrnesha and adopted a male name, Duni. In Albanian society, the woman’s role was to stay at home. His father was severely ill and his mother was left alone with six children. They were very poor, so he had to help out his mother, as women could not work. He now lives in the high-altitude village of Lëpushë, but every now and then, especially when snow falls heavily on the village, he moves to Selcë, next to his sister and her family, where they try and face the harsh winter temperatures all together. 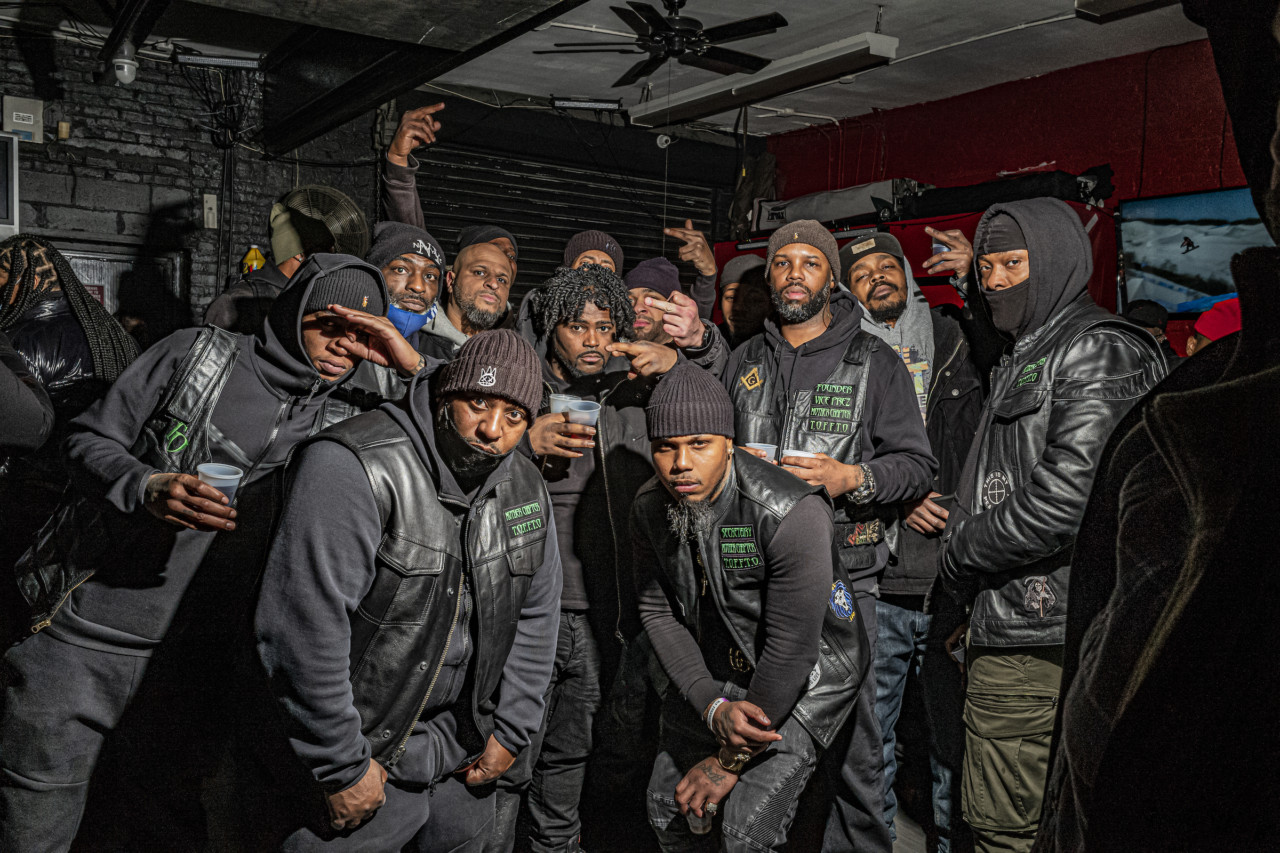 Above and images below © Bruce Gilden/Magnum Photos.

Bruce Gilden, Bikelife
June 2020. I was out on the street in Brooklyn, New York, to photograph one of the many George Floyd protests but I was late and had lost track of the march. The streets around me were completely empty when suddenly I heard the very loud roar of motorcycles: hundreds of bikers were parking their machines in front of the Barclays Center, getting ready for a prayer in unison. It was wild and exciting, and I dived into the crowd with no hesitation!

This was the beginning of what has become an almost two-year-long personal project exploring the little known and seldom seen world of mainly Black Motorcycle Clubs.

Like most people, I had no idea that New York City alone is home to hundreds of clubs, for both male and female riders. I found out that, along with the members of their chapter clubs and social clubs, the bikers make up a very broad family.

Even though I’m not a biker, they have always greeted and welcomed me. After all these months with them, I feel that I have my own place in this extended family. 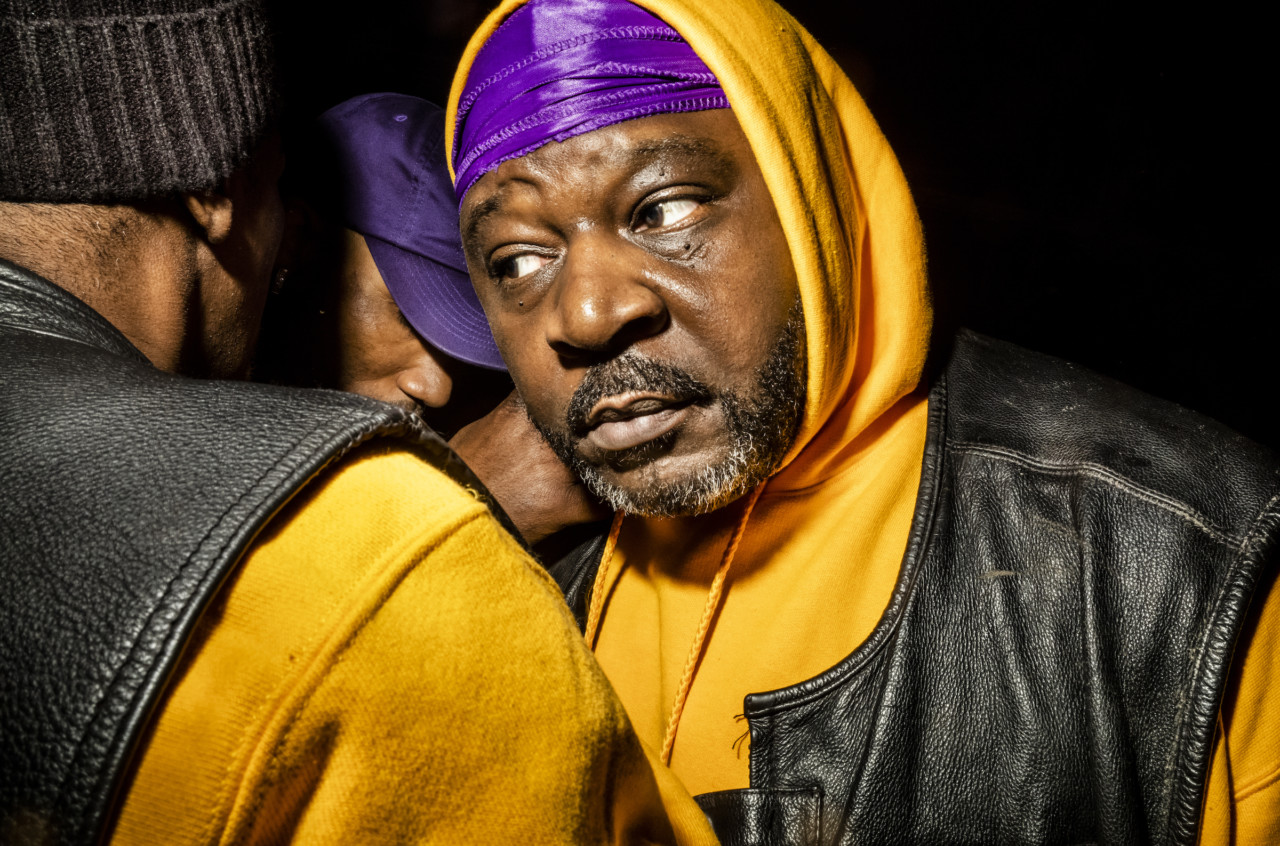 "I feel that I have my own place in this extended family." 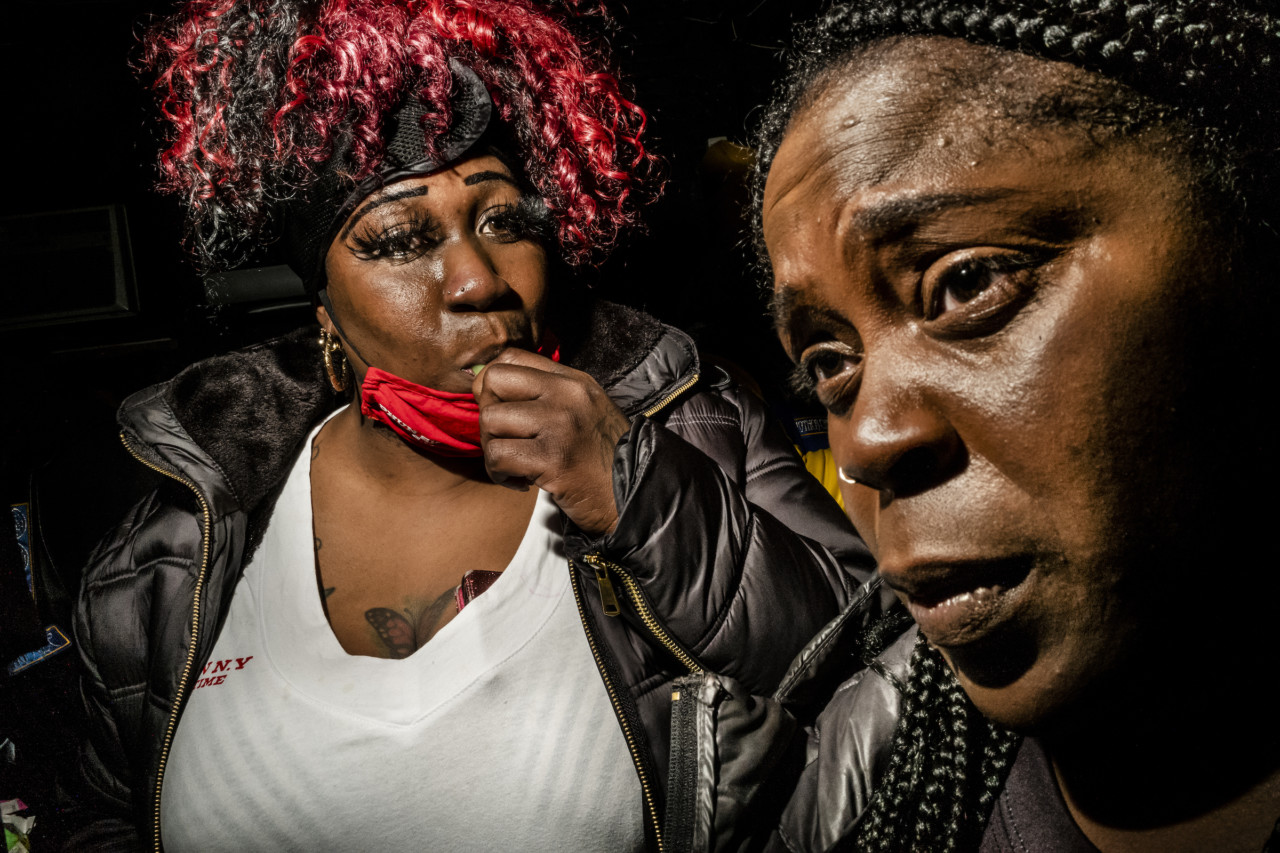