In the 1980s David Hurn received a USA Bicentennial Fellowship to spend a year photographing Arizona, in the southwest of the United States. “I chose Arizona basically for two reasons: one, it’s the driest state in America, and Wales, where I come from, is probably the wettest place in Britain,” explains Hurn. “And two, it was the most right-wing state in America, and, Wales, at that time, was the most left-wing part of the UK, partly because its key industries, mining, steel, and slate, were all being made redundant. I thought the idea of it being the exact opposite of where I lived was an interesting concept, and consequently would allow for interesting images.”

The work Hurn produced during this time spanned from arid desert terrains punctuated by cacti, to town parades, shopping malls, and beauty pageants. The work was published as a book, Arizona Trips, in 2017. The cover of that book featured elderly people doing some morning yoga stretches beneath perfectly aligned palm trees. It was taken at Sun City, a dedicated city for retiree residents. These exercises all took place – explains Hurn – at 5.30am, since the Arizona sun would get too hot for outdoor activities later in the day. It would be difficult for anyone to do physical activity in the baking heat, not least for the participants at Sun City’s morning flexy group, where some are 90 years-of-age. 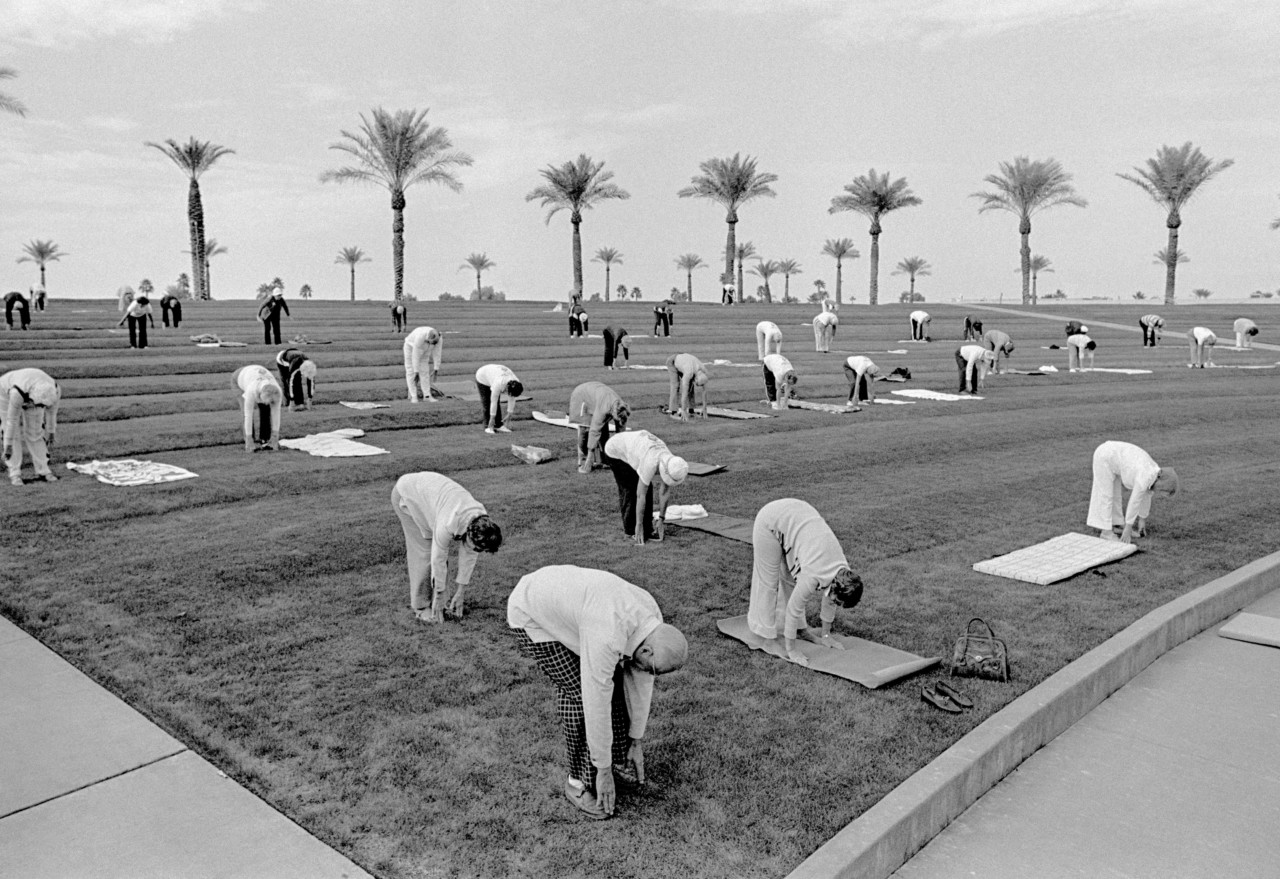 David Hurn Outdoor group fitness early in the morning in the retirement Sun City. Ages range from 60 to a 94 year old who had run a 50 secs hundred meters in the Senior Olympics. The sense of fun and communit (...)
y was very infectious. Sun City, Arizona, USA. 1980. © David Hurn | Magnum Photos
License |

"I thought the idea of it being the exact opposite of where I lived was an interesting concept, and consequently would allow for interesting images"

Throughout the facilities there were activity groups doing exercises, crafts, classes, even cheerleading and beauty contests. “Everyone was doing things,” recalls Hurn. “Every day and evening they’d be going to clubs for jewelry making, model train clubs and so on… and the people who would be running these workshops would also be people that are retired but would be major figures or experts in their field. I went to biology (of all things) classes and the guy giving them had won a Nobel Prize!”

The photographer, who was in his forties at the time, said that he went there to shoot, with his tongue slightly-in-cheek, thinking he might find a humorous story. In the event he was touched by what he found. “By the time I finished shooting I’d almost bought property,” he jokes. What he discovered was a new perspective on how we go through life. From childhood throughout middle age, we are with groups of similar individuals: “We go to nursery school together, primary school together, secondary school together and then we go on to other schools, and we’ll probably go to university together – and all those times the group of people that are doing these things together are roughly the same age,” reflects Hurn, leading up to old age, where, he says, these communities dissipate. David Hurn The Pom Pom group. This group of parade dancers practice virtually every day of the week. They have members ranging from 55 to over 80 years of age. They tend to perform at the many parades and fes (...)
tival functions. Sun City West, Arizona, USA. 2002. © David Hurn | Magnum Photos
License |

"The advantage of this is that nobody therefore feels out of place because of their age, and they’re all doing things at roughly the same sort of pace" David Hurn Water Aerobics. An exercise class for the over 60's attracts at least 50 participants every morning in the local pool. In this class there were three members over 90 years of age. Not only is every (...)
one getting fitter but the class produces a strong feeling of community. Sun City West, Arizona, USA. 2002. © David Hurn | Magnum Photos
License | Sun City is a movement of resistance against the kind of isolation many elderly people experience, something Hurn himself says he also experiences from time to time when making his work. At 85 years of age and fighting fit, he says people at a similar stage in their lives to him often can’t keep up. Sun City is an environment where everybody is over 55 years of age. “They would argue that the advantage of this is that nobody therefore feels out of place because of their age, and they’re all doing things at roughly the same sort of pace, so if they decide they are going to go to a swimming club, the chances are everybody in the swimming club is more or less the same.” He recalls how activities like this were difficult for his mother when she was elderly. She might have wanted to go to a swimming club but felt that she couldn’t because there’d be other people who were much younger and fitter and she would struggle to keep up. 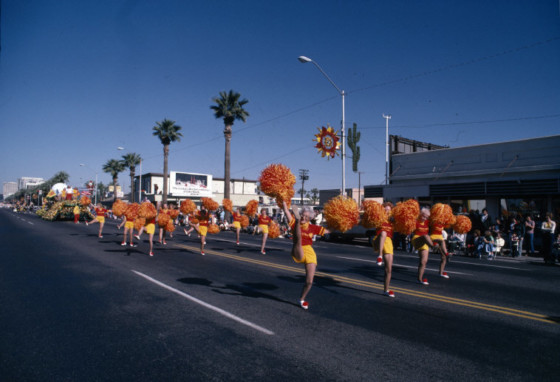 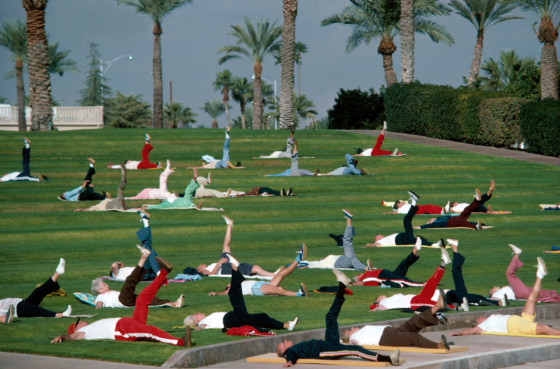 "They are having a hell of a ball, and they are giving enormous entertainment for other people" 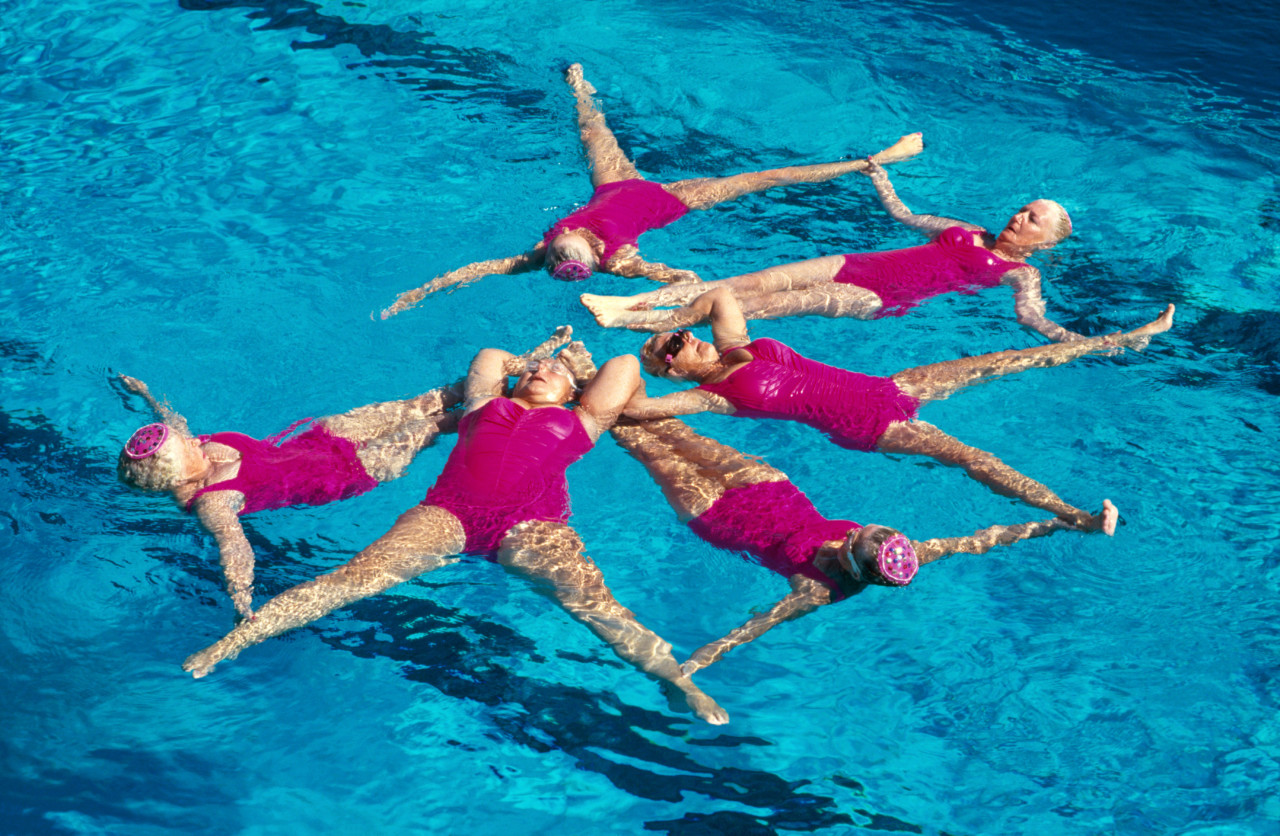 The residents of Sun City have a vivacity that Hurn found infectious. “So many are so fit, and they are so lively and they are so full of laughter and everything, all the time, and I just find that very uplifting,” he says. Scenes like a senior citizen’s beauty pageant or pensioner cheerleading squads could have been so easy to parody or laugh at but Hurn was won over by their positive attitude and his affection is evident in his celebratory images. “They are having a hell of a ball, and they are giving enormous entertainment for other people,” he says. “The whole thing didn’t seem ludicrous. I was very impressed by the whole place and everything about it.” 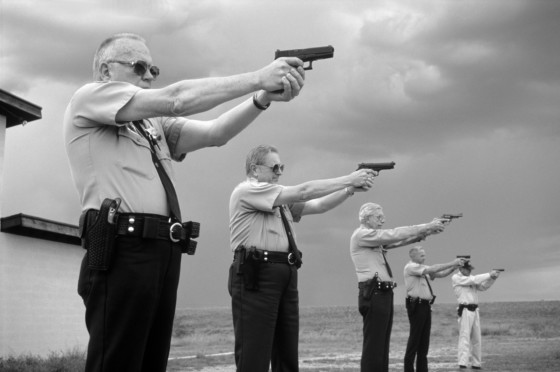 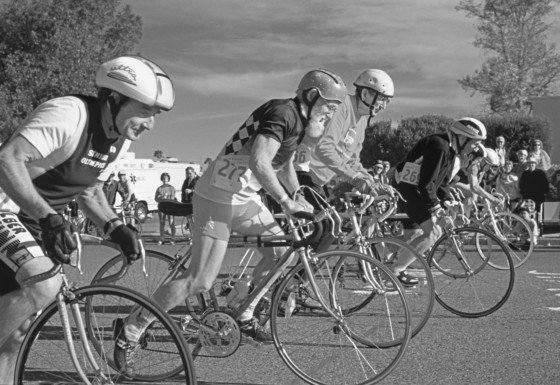 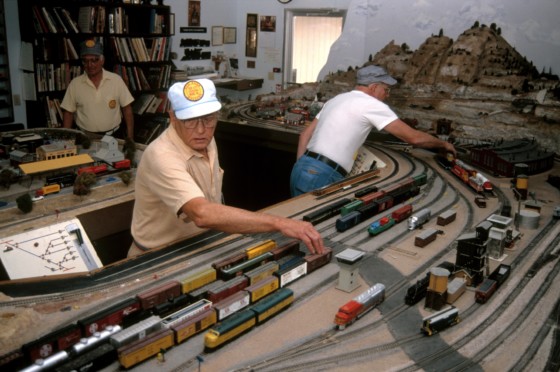 David Hurn The hobby clubs in this retirement city are often run by retired experts in their fields. 1992. © David Hurn | Magnum Photos
License |

Hurn’s own attitude is similarly defiant. For a project photographing Wales last year, he researched his home country’s oldest rocks. Some of these, it turned out were quite hard to get to. “I went to the mountain and I got half-way up and couldn’t get any further,” he recalls, “and the rocks were at the top.” Rather than give up, Hurn hit the gym to get fit enough to tackle the climb. Nine months later he got there. “You really have to keep up and the older you get the quicker your muscle tone goes,” says Hurn. “Stamina is not such a problem, but the strength in your muscle goes very, very quickly.”

Looking into the future, Hurn admits he is a little worried about how long he can keep such blistering pace, but what he witnessed at Sun City remains an inspiration. “One of the uplifting things I covered there was the Arizona Senior Olympics,” he recalls. “They have a category there, the over 90s 60-yard-dash, and they can do it, you know, half a dozen people in this line running 60 yards and I find that very inspiring. I think, oh good, if they can do it then I can do it.” 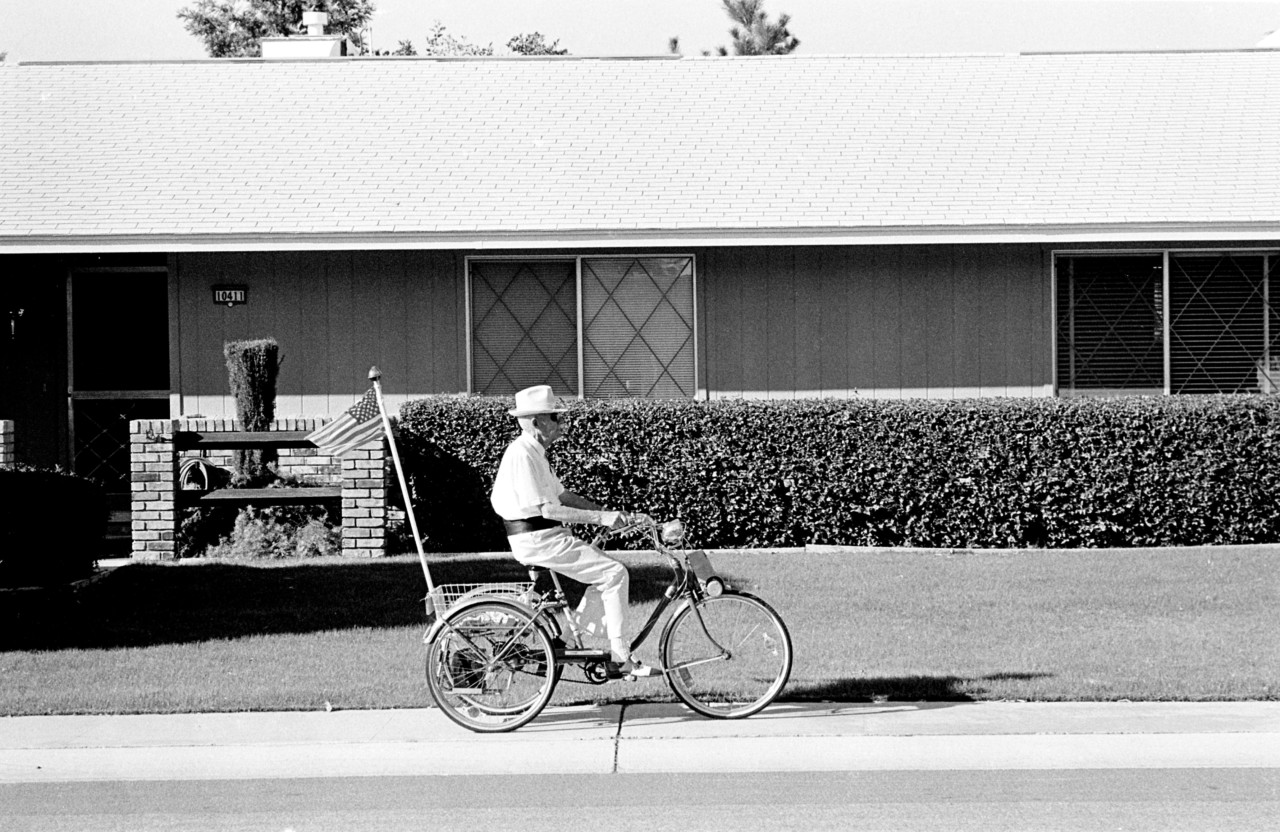