Bieke Depoorter: “Every time I photographed Agata, I saw someone different”

As the book Agata is reprinted, Bieke Depoorter reflects on her long-term creative collaboration with Agata Kay and discusses how the project has changed her perception of photography and herself. 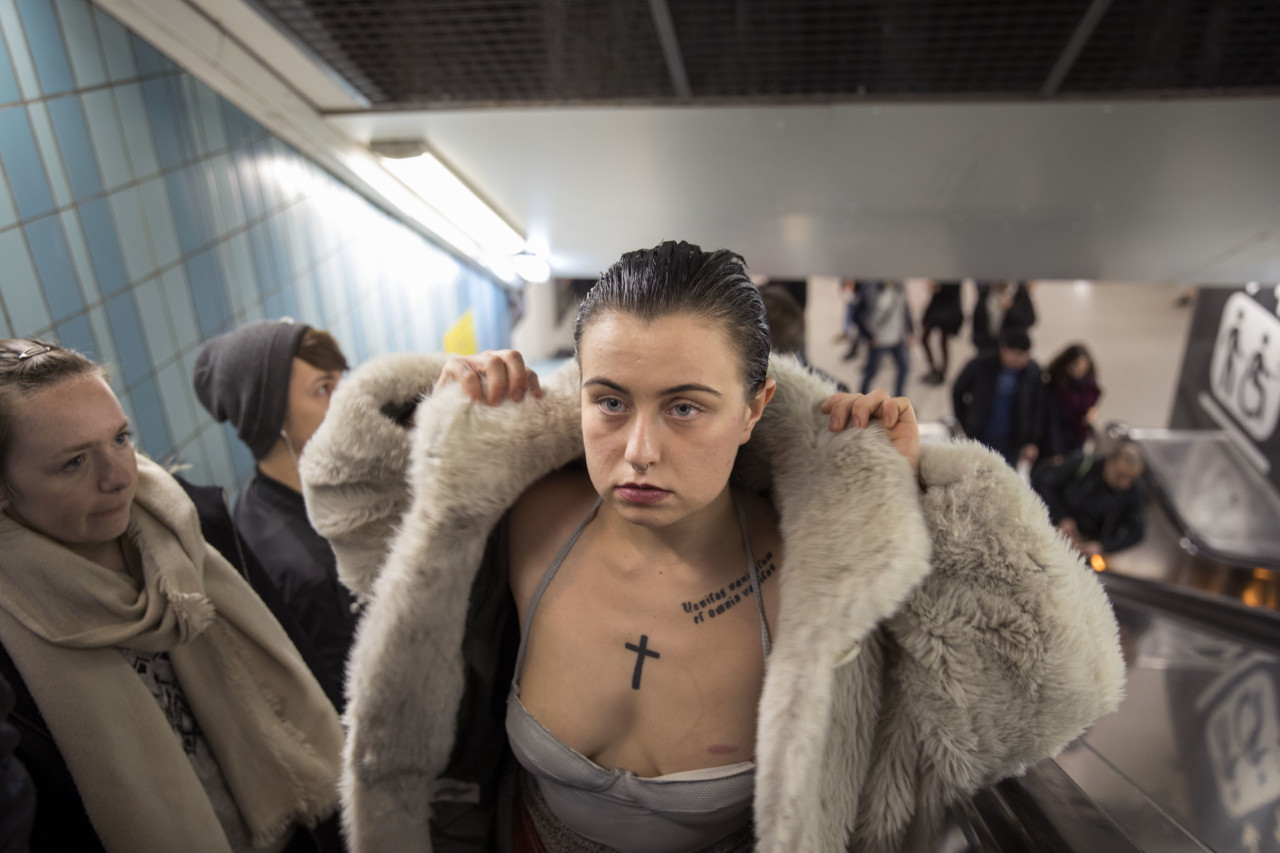 Bieke Depoorter Agata. Paris, France. November 2nd, 2017 © Bieke Depoorter | Magnum Photos
Founded on a chance encounter, Agata is a story that examines friendship and trust, biography and introspection, fact and fiction, and the relationship between the photographer and subject. Created over the course of three years, Agata documents the complex relationship between Bieke Depoorter and Agata Kay. It is a story of an intense friendship and a journey of discovery that traverses the world, challenging the viewer as the dynamic between Depoorter and Kay evolves and shifts.
In 2017, Depoorter was in Paris to participate in a Magnum Live Lab but was struggling to find motivation or inspiration. “It was a really bad month. I didn’t feel good at all, my personal life was bad. It was one of those moments where I am filled with doubt,” she explains. “I ended up walking the streets of Paris wondering what I should do.” Yet, she steeled herself and found the resolve to still look for inspiration despite her mindset. “I don’t like to give up. I think it’s important, even if I am feeling really bad, to walk the streets – I just stop at bars and cafes, grab a drink, and watch what is going on. I walked past a strip club and talked to the bouncer for a while, but decided to not go in, I wasn’t interested in photographing some cliched images of the strip club.” Front cover of the book: Agata 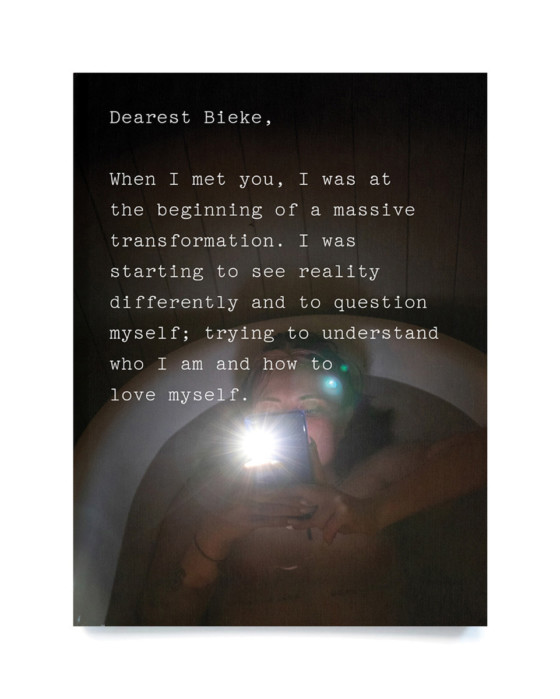 Back cover of the book: Agata
That brief conversation, and moment of serendipity the next evening would engineer the moment that provided the genesis of the project. “I remembered there was one bar close to the magnum office that had caught my eye, where people drank but also gambled on horses. There, at the bar, was standing the bouncer from the night before. He invited me to join him for coffee,” she explains. Depoorter then accepted an invitation from the bouncer to go to the club with him. “I’ll almost never say no if someone invites me somewhere. When we got to the club, they treated me really nicely. The venue was massive, with almost no clients in it. I was drinking the champagne they offered me and was quietly observing the place, when Agata, who was working as a stripper in the club, came over to sit with me after her performance,” she says. “We started talking and talking and talking. We spoke about photography and art and love. We celebrated Agata’s 24th birthday that night too.” They agreed to meet the next night, and that Depoorter would take photos.
During that meeting, which lasted a couple of hours, Depoorter photographed 3-4 scenes. The first photo she took of Kay became the cover for the publication. “Every time I shot her, I saw someone different,” she recalls. “I was intrigued. It made me think that it’s a bit arrogant of us, photographers, to think we can capture the ‘real person’ when we take a portrait of someone.. And who was making the photo: the photographer and/or the subject? We were both directing the image from our point of view of what we saw as the good image.” The shoot was a point of departure for a journey that would entwine the lives of Depoorter and Kay for the next half-decade, through which boundaries would emerge and dissipate, driving a narrative that is still unfolding today. Bieke Depoorter Agata. Paris, France. November 5, 2017. © Bieke Depoorter | Magnum Photos
The book, Agata, compiles the pictures and writing of both – following their story from those early encounters through episodes that forged a bond between them. The dialogue between the authors is played out through the juxtaposition of each image and the handwritten script of Kay. Letters between the two and observational notes shared reveal the emotional commitment to each other and the work. Perspectives on the seen and unseen invite the reader to experience the primal and fundamental emotions of the protagonists. As an object, the experience of the book is complex and invites the reader to discover and explore the friendship and their relationship with the medium. The book is Japanese bound, and has perforations on the folds. Pages are sealed and have to be torn open to read the full texts or see all the images. The act of tearing and the reader having to work to understand the full narrative invites commitment. This leaves the reader with the choice of whether to tear open the pages and see a hidden story; alternative narratives, versions of truth that do not fit squarely with the truth the photographer presents. “Once a reader decides to open a sealed page, there is no undoing that choice,” says Depoorter. “To some degree, this implicates the reader, involving them in how the multifaceted story is represented. Like the photographer and subject, the audience is then forced to consider their role in this triangle of responsibility.” The experience is complex. The professional roles of Depoorter as a photographer and Kay as a sex worker and performer are foregrounded in dramatic moments where Kay’s clients and other men enter the story. This sets up a stark contrast with the almost banal moments of trips and holidays the pair shared – pertinent glimpses of the depth of their friendship and collaboration. The narrative follows the pair as they travel through France, Germany, Belgium, Greece and Lebanon. 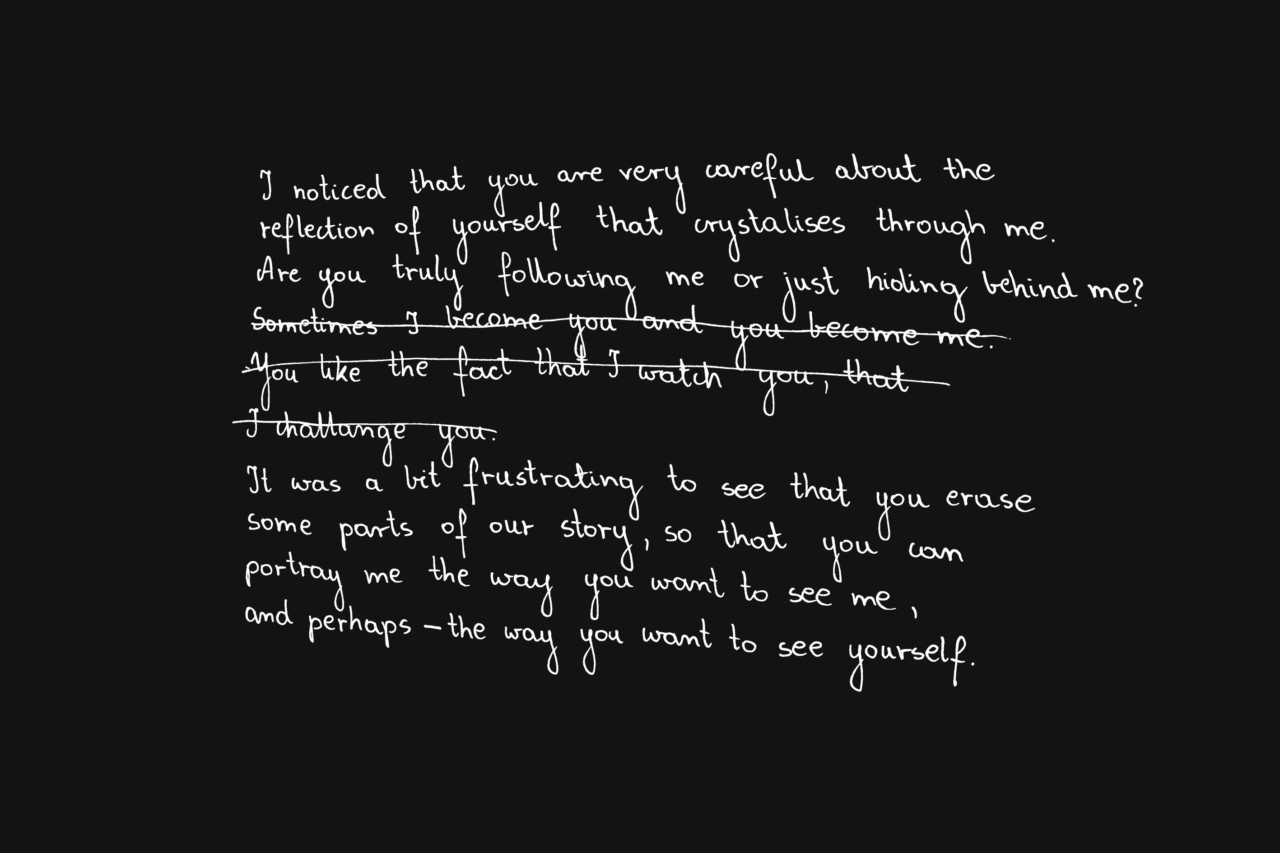 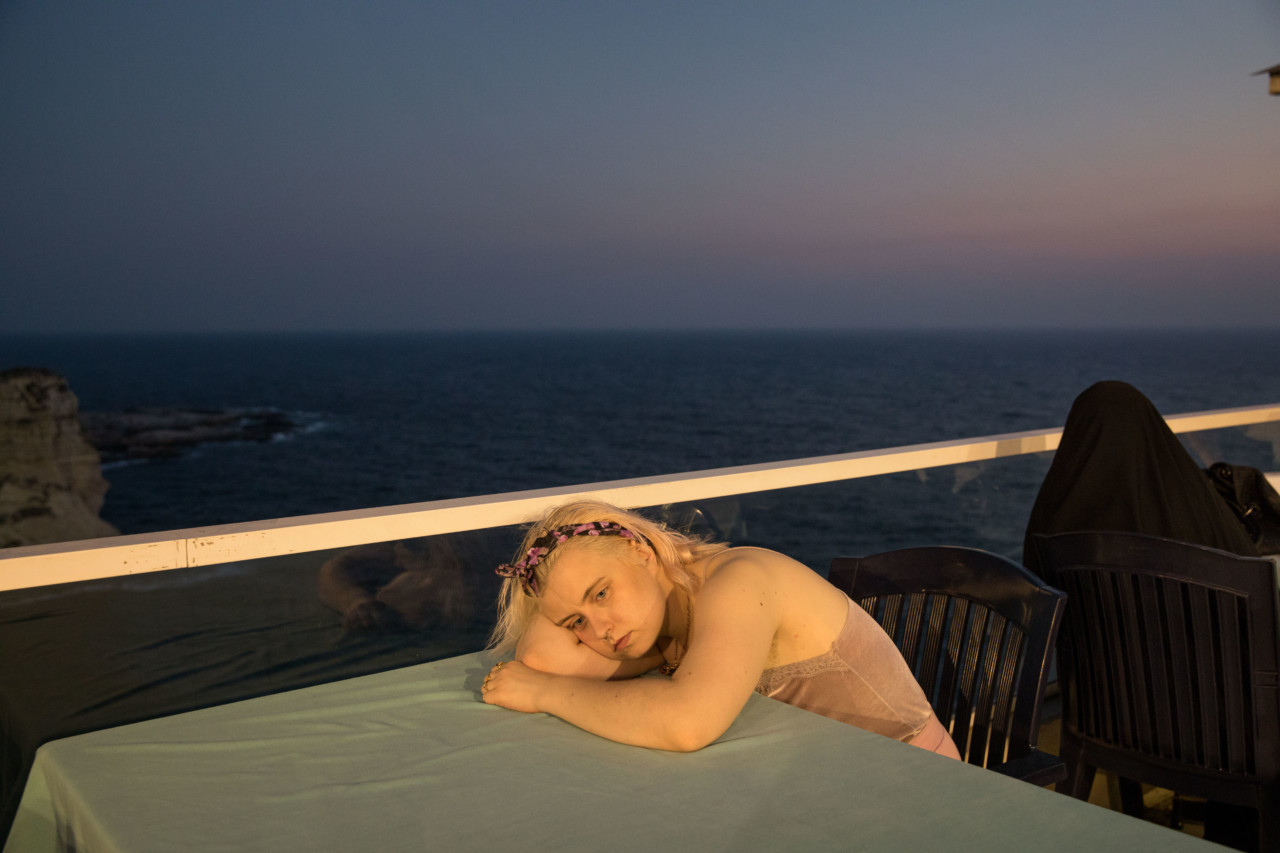 Bieke Depoorter Agata. Beirut, Lebanon. August 3, 2018. © Bieke Depoorter | Magnum Photos
Throughout each chapter, the concealed pages are used to layer the perspectives of Depoorter and Kay. Some pages conceal the handwritten notes of Kay. Within others, Depoorter appears in the holiday images Kay took of her which shows a different story of their travels. The concealment demarcates episodes in the story. On the outer leaves, Depoorter shares her feelings about key moments that were problematic to her. Opening the sealed pages of those writings, the reader discover the  Depoorter’s photograph of that moment. “The viewer is asked to join the story. I question what has become of the collaboration – if Agata is now performing for the camera because she is aware of my, and the audiences presence,” says Depoorter. “The layout is designed to show my thinking in these instances too.” Observations by Depoorter following the trip to Beirut

In one letter, Kay writes to Depoorter and says: “I love our combined power of imagination.” This is most apparent when Germaine enters the story. “Agata was squatting in a house that had belonged to a lady called Germaine,” explains Depoorter. “We found Germaine’s diaries and saw similarities between both Germaine and Kay. We became immersed in her stories.” Here, through a third party, Kay and Depoorter collaborate in a more traditional sense – finding and exploring a narrative that exists outside their own. Kay adopts the persona, or spirit, of Germaine and takes her out into the world, creating a world occupied by someone who has since passed and using her diaries, photos, and writings, to guide their thinking. “We found similarities in both woman’s thinking. I suggested Agata use the diaries of Germaine to start writing her reflections too,” says Depoorter. “In the Germaine chapter of the book, you can see Germaine’s real handwriting and photographs, not Agata’s.” The story of Germaine demonstrates another dynamic to the nature of the collaboration and works as a demonstration of the creative energy between the pair, and the different identities one can take on. Kay said she was going to use Depoorter to find her true identity. 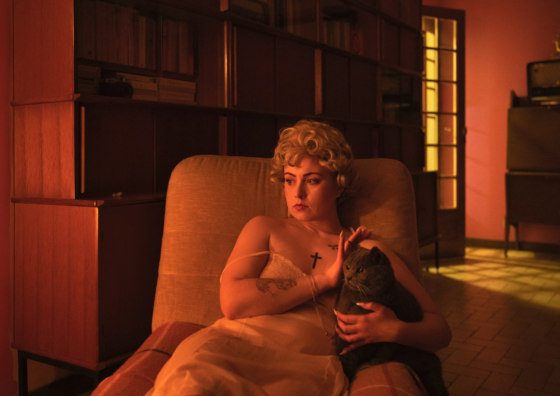 Bieke Depoorter Germaine. Neuilly Plaissance, Paris, France. 3 March, 2019 © Bieke Depoorter | Magnum Photos
The book exists as a document of the first three years of a special friendship and collaboration. “My work, and myself, has changed as a result of meeting Agata,” says Depoorter. “More and more I am realizing that my subconscious affects my work. If we look at the other, you look at yourself too. We might have more in common than we initially thought. This can be confronting, but if you dare to look, it can be enriching.” This echoes the sentiment shared by Kay in the final letter in the book, which is a stream of consciousness that lists question after question about her relationship with Depoorter and the project as a whole. At one point, she candidly notes: “At last, we realized it was possible for us to exist beyond the camera.”

The story is far from over. The first edition of the book sold out and won critical acclaim. They are now printing a second edition which can be pre-ordered here (for US purchases, please go here). Depoorter and Kay continue to be close friends, even though they questioned it in the book. Were they really friends or was it photography that defined the friendship? “The book as an object is part of the project. After the book was first published, the project and our lives continued,’ reflects Depoorter.

“After the book was published Agata gave an interesting lecture for the Beyond Magnum series about representation, the responsibilities of the photographer and her thoughts and disappointments. We decided to make a second book in which Agata takes the lead,” says Depoorter. “This was a collaboration, but it has not been an equal one. I’m no longer sure if the title covers the charge. Is this book ‘really’ about Agata? Is it not more about myself too? About the complex dynamics between photographer and subject? About the power relationship that comes with that, even though they can be in constant flux?” The pair reached a new understanding, whereby Kay could “really use” Depoorter and ask her to photograph some really specific things. Most recently, they have shifted roles entirely with Kay photographing Depoorter. Kay has now started to photograph her own stories, with Depoorter acting as her mentor. A new book, edited by Kay will bring her visual narrative into focus. As the collaboration and friendship evolves, so will the ways in which it is communicated with the world. “After we realized that this was a collaboration, there were still power dynamics at play,” says Depoorter. “This dynamic was in constant shift, and that fact remains at the heart of everything we have done and will do. It is complex, and the book shows that we don’t have fixed answers, but I think it’s important to dare to openly discuss questions around authorship.” 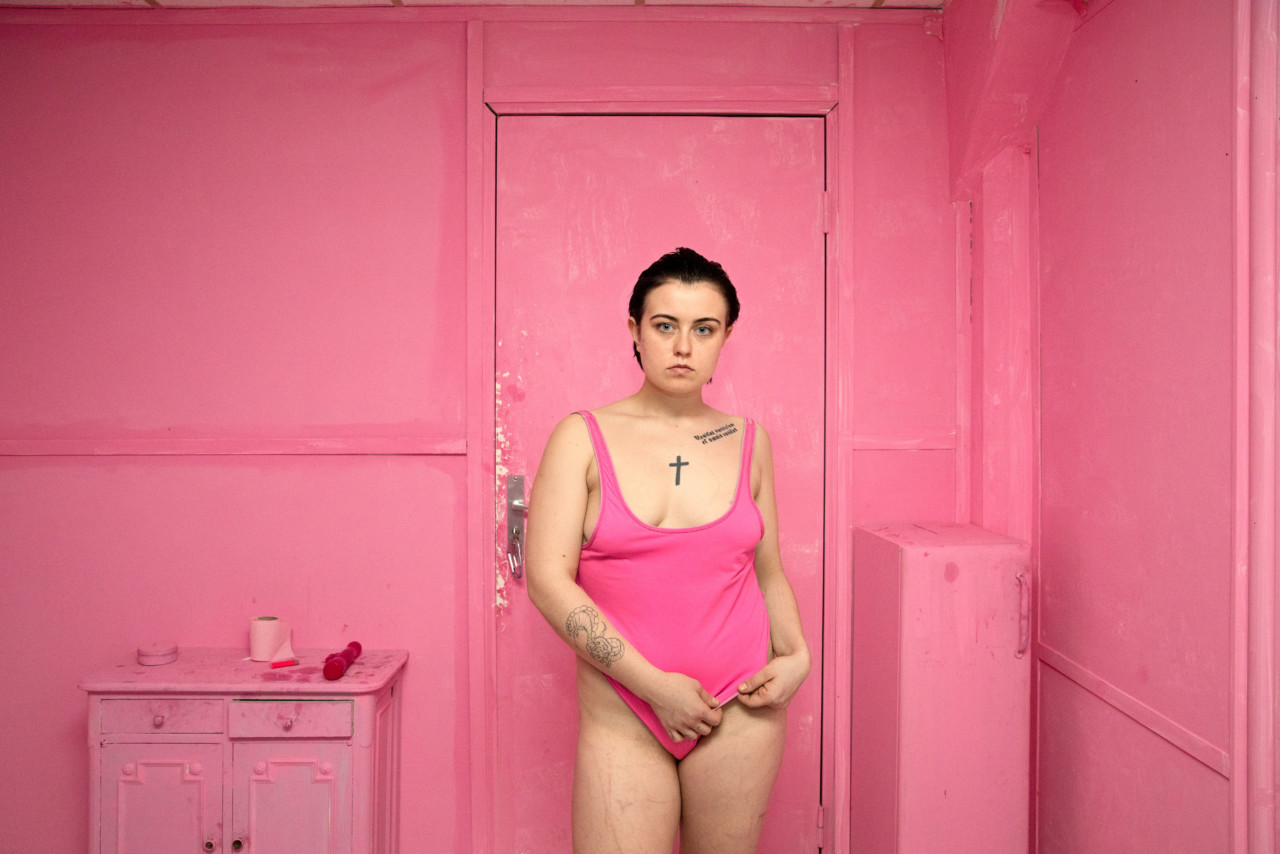 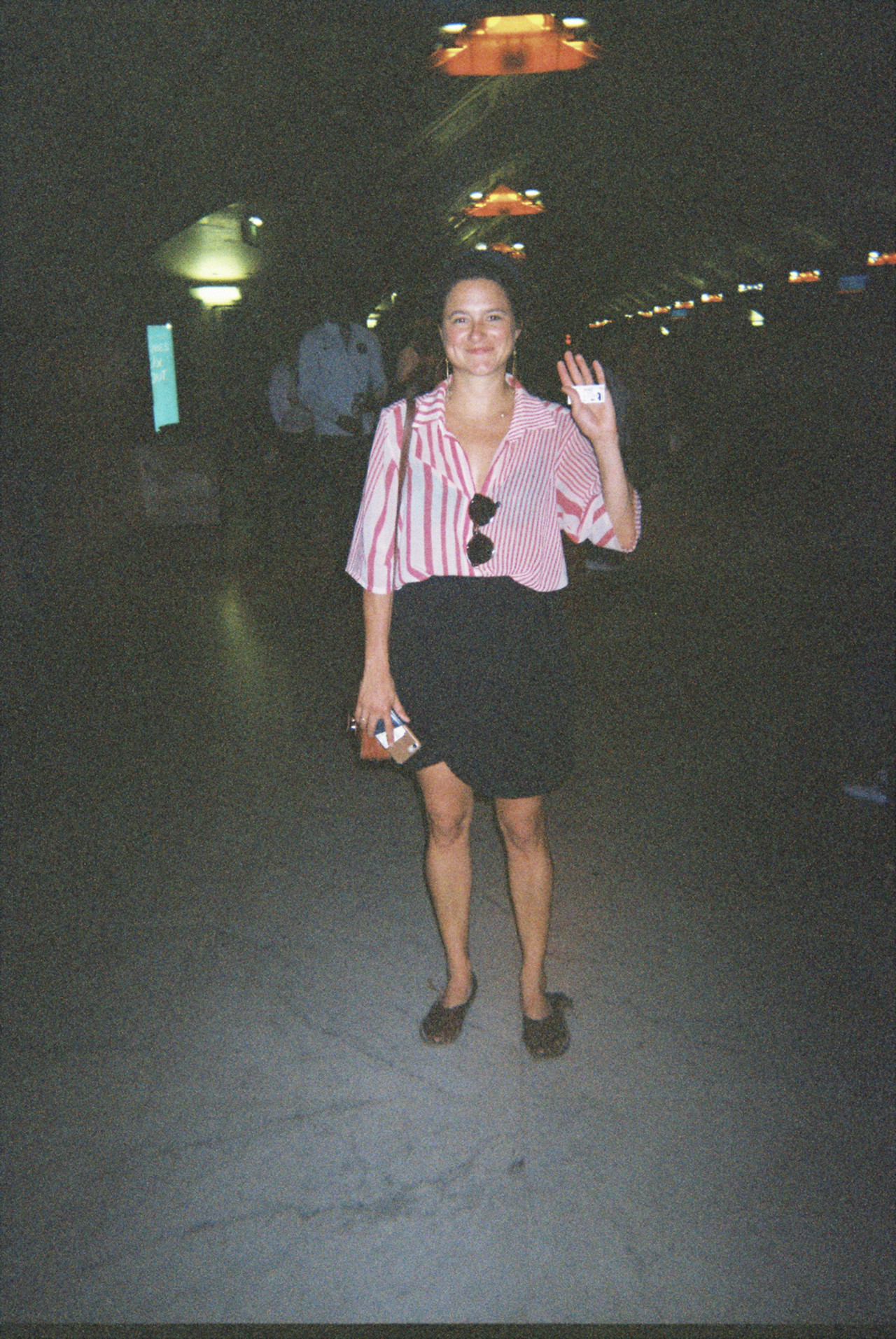 Khalik Allah: “The streets are depicted through the faces of the people I photograph”