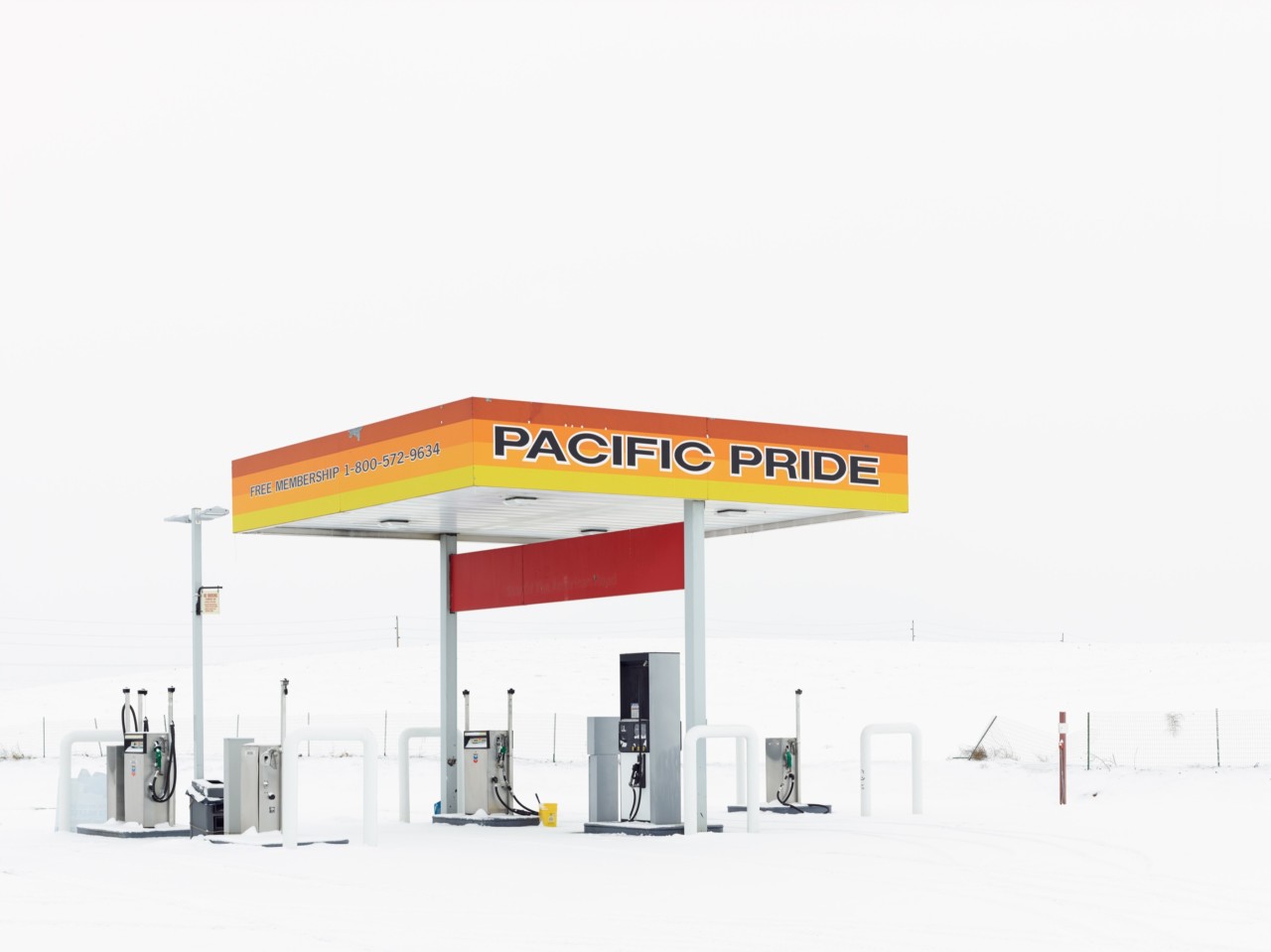 The Ian Parry Scholarship is an annual award that supports young photojournalists from across the globe. It was launched 32 years ago in memory of the eponymous photographer, killed in an air crash at the age of 24 after covering the 1989 fall of Romanian dictator Nicolae Ceaușescu.

Magnum photographers have donated works to an auction in support of the scholarship. The auction is currently live on Artsy with some donation included in auction house Phillips’ autumn photographs sale (lots 95–116). The works can also be viewed at Phillips (Berkeley Square, London) from 17–23 November. 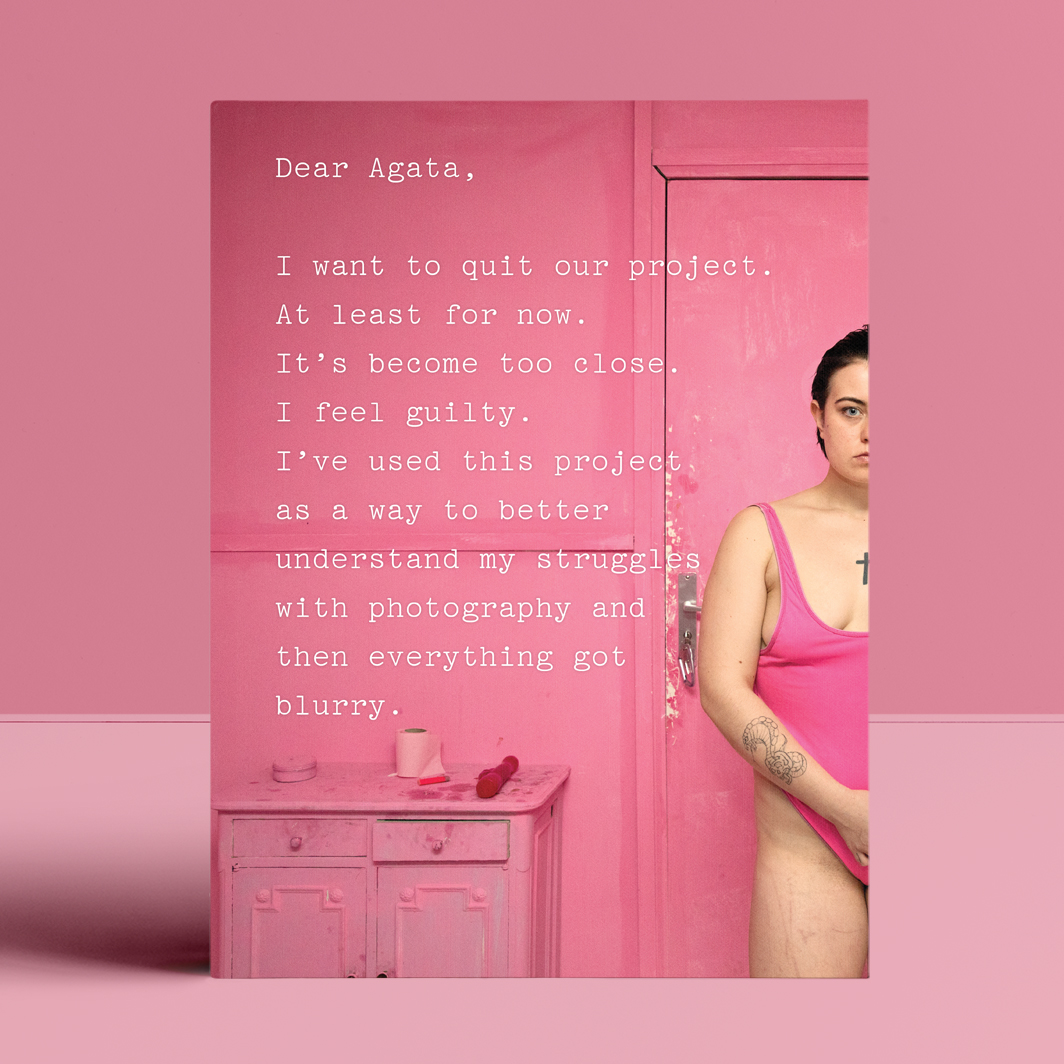 Cover of 'Agata' by Bieke Depoorter.

MoMA and the photobook go back a long way. In 1938, MoMA published Walker Evans: American Photographs to accompany the photographer’s exhibition at the museum. So it might come as some surprise that 2021 is the first year that MoMA has/have put together a list of their favourite photobooks of the year. Depoorter’s Agata is on the ten-strong list, with MoMA hailing her “intense and inventive body of work.”

Agata has also been celebrated by the Paris Photo–Aperture Foundation PhotoBook Awards, featuring on the shortlist for PhotoBook of the Year, alongside nine other works including Gilles Peress’ Whatever You Say, Say Nothing.

Gilles Peress has been shortlisted for the Deutsche Börse Photography Foundation Prize 2022 for his volume Whatever You Say, Say Nothing (Steidl, 2021). Established in 1996, the sought-after prize recognizes artists and projects considered to have made the most significant contribution to photography over the previous 12 months. Whatever You Say, Say Nothing was hailed by the foundation as “a work of monumental achievement and complexity”.

The winner of the £30,000 prize will be announced at an award ceremony held at The Photographers’ Gallery on 12 May 2022. The exhibition of the shortlisted projects will be on show at The Photographers’ Gallery, London from 25 March – 12 June 2022. The exhibition will then travel to the Deutsche Börse’s headquarters in Eschborn/Frankfurt and be on display from 30 June 2022.

Whatever You Say, Say Nothing by Gilles Peress has been shortlisted for the 2021 Paris Photo-Aperture Foundation PhotoBook of the Year Award.

BookForum also named the volume one of the year’s outstanding art books, calling it “prodigious . . . a famously complex history as well as a complex argument about presenting that history,” that “revels in its formal indeterminacy”.

Whatever You Say, Say Nothing and its companion text-and-image volume, Annals of the North by Peress and Chris Klatell, continue to be featured in publications around the world, including recent articles in the Irish Times (“A staggering new view of the Troubles . . . Turning these pages, you feel the full weight of Peress’s helicoidal time: history repeating, violence feeding off violence, the deaths of one generation inspiring another”); Polka Magazine (“This is not a book, but a visual and literary monument . . . a sophisticated story, deeply personal and political”); ColdType (“no ordinary book . . . an endearingly extravagant show of affection for the people in the north of Ireland who endured so many years of blood, sweat and tears”); the Eye of Photography (a “tremendous achievement . . . a stupendous publication”); WOZ Die Wochenzeitung (“awesome . . . it takes days even to begin to understand the magnitude of what you have in front of you”); Spectrum Culture (“Annals of the North is an unforgettable marriage of text and image that tells a centuries-old tale of cruelty”); Die Tages Zeitung (“an unusual, impressive, amazing work that unfolds like a film”); and an interview on Radio France Internationale.

Fellow Magnum photographer Alec Soth explored the relationship of text and image in Whatever You Say, Say Nothing and Annals of the North on his Pictures and Words video series, explaining that the volumes aim for “what Werner Herzog called ecstatic truth”. “What I want to emphasize,” Soth says, “is just how damn good the pictures are. When I looked at this book for the first time, I thought, ‘There’s no way these are all going to be good pictures. It’s impossible. And there’s no way it’s going to hold up for a thousand pages.’ But it does. . . . They’re just consistently unbelievable photographs. . . . Whatever You Say, Say Nothing defies all expectations.” 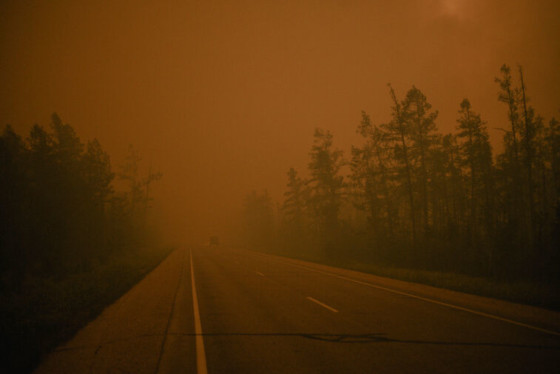 Nanna Heitmann Magaras. Yakutia. Russia. July 08, 2021. Forest fire on the federal street between Magaras and Berdigestyakh. The electricity line was burnt and disconnected Berdigestyakh from electricity. For (...)
the third year in a row, residents of northeastern Siberia are reeling from the worst wildfires they can remember. © Nanna Heitmann | Magnum Photos

Nanna Heitmann’s images of Siberia, and an accompanying text, feature in a Financial Times article “Bangladesh to Siberia: four photographers capture the reality of climate change”.

As McCurry: Pursuit of Colour, a film about Steve McCurry’s life premieres at the biggest documentary film festival in the US, DOC NYC, the photographer gives two in-depth interviews, one to The Art Newspaper (“Fabled Magnum photojournalist expresses continued belief in Western documentary photography as film on his life premieres at DOC NYC”) and a second to The Times (“The septuagenarian photojournalist talks to Oliver Smith about a lifetime of portraits and that haunting image of a young Afghan girl”).