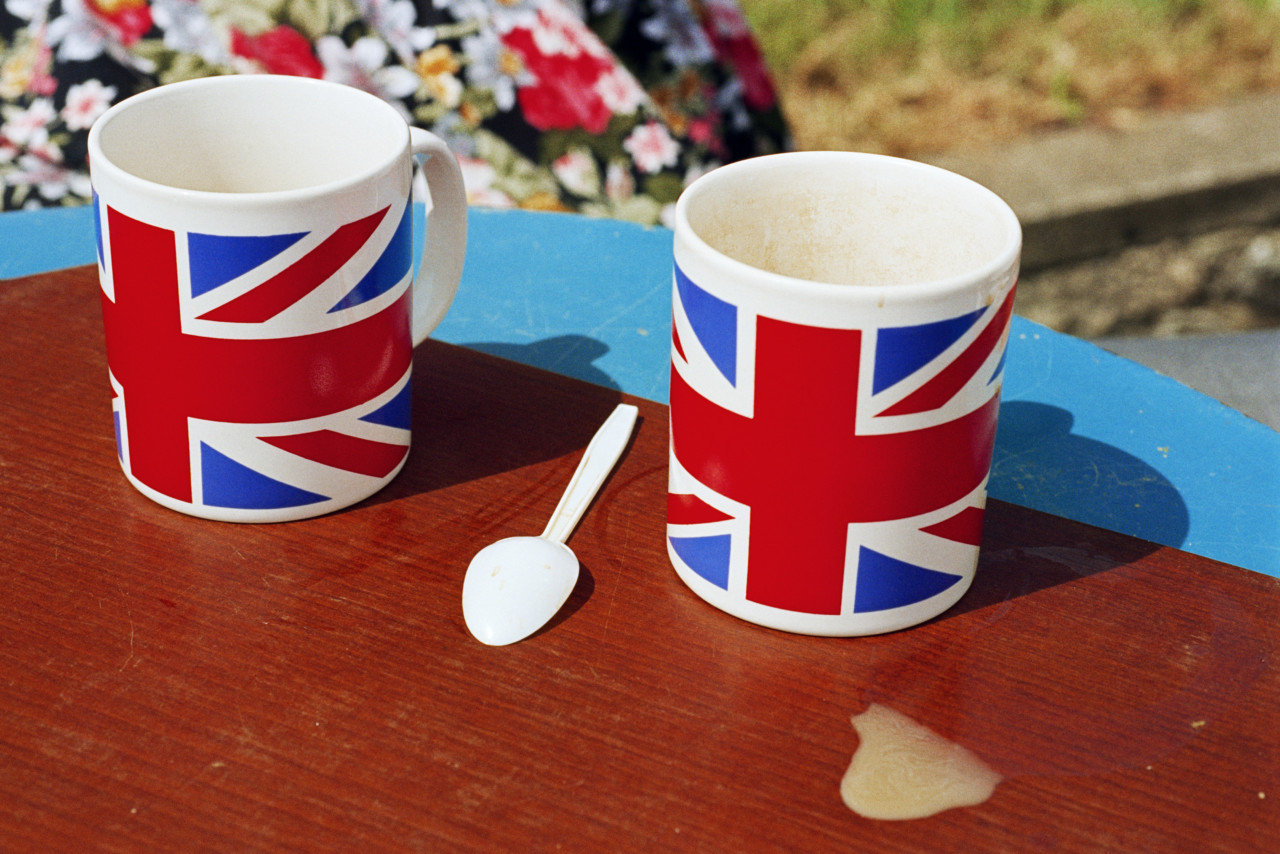 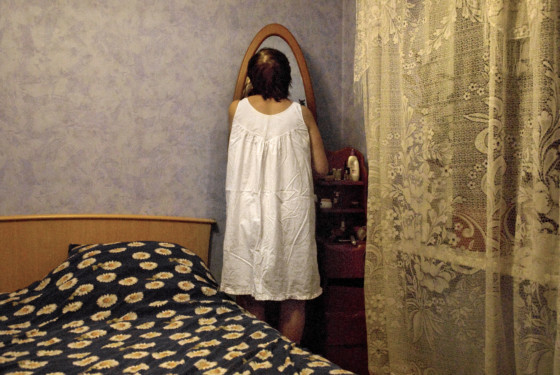 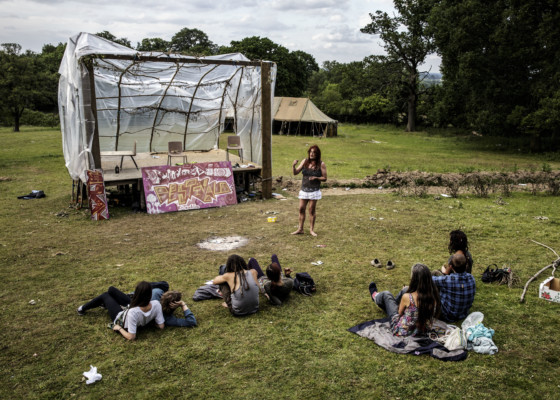 Jonas Bendiksen GB. Runnymede. 2015. Dolores (David Shaylers transvestite femme persona) speaking to the flock. Paul the apostle writes “nor is there male and female, for you are all one in Christ Jesus”. Today’s (...)
Messiah has an alter ego named Dolores Kane, who embodies the feminine aspects of divinity. Like Jesus of Nazareth, David and Dolores move in circles far outside of society’s establishment. David Shayler the Christ was born December 24th, 1965 in Middlesbrough, an industrial town in North East England. A former MI5 agent, he blew the whistle on the secret services in 1996 to uncover corruption and incompetence. He has been fighting the Goliaths of the Earthly Judiciary and Establishment ever since. His revelation that he was Jesus Christ came in 2007. Since then he has been on a mission to teach humanity Christ consciousness, unconditional love and the supremacy of God’s law over Man’s legislation. © Jonas Bendiksen | Magnum Photos Jonas Bendiksen RUSSIA. Krasnoyarsk Territory. 2015. Disciples of Vissarion at a communal lunch during a Christmas pilgrimage. Christmas for them is January 14th, Vissarion’s birthday. In 1988 the man born as Serg (...)
ei Torop lost his job as a traffic policeman in the Siberian town of Minusinsk. Shortly afterwards, just as the Soviet Union unraveled around him, he had his first revelations that he was Jesus Christ. He founded the Church of the Last Testament in the early 1990s. People flocked to him from all corners of the Russian empire and founded an off-the-grid utopian eco-village in the Siberian wilderness, the Abode of Dawn. The community now numbers around five thousand dedicated followers. They have built their own schools, churches, formed a priesthood and their own social structure. Vissarion’s right-hand disciple, Vadim, is always close by and records all Vissarion’s deeds and proclamations. The resulting chronicles are continuously published in thick Russian-language tomes titled Pozledniy Zavet, or The Last Testament. They are currently on volume sixteen. © Jonas Bendiksen | Magnum Photos Jonas Bendiksen INRI Cristo’s disciples rolling him around on the compound grounds on his rolling pedestal. INRI (born Alvaro Theiss) takes his first name from the initials of the inscription the Romans placed on (...)
the cross to spite him 2,000 years ago: Iesus Nazarenus Rex Iudaeorum, or Jesus of Nazareth, King of the Jews. The first awakening as the Christ came already in 1979 during a fast in Santiago of Chile, and INRI subsequently spent many years as a wandering preacher before settling in New Jerusalem, which is located outside of Brasilia. Most of the dozen or so disciples who live inside INRI’s compound are women. While the 69-year old Saviour and his followers live a private and secluded life, they are also busy disseminating his teachings to the world via the Internet, using YouTube, music videos and live broadcasts of sermons. From the book “The Last Testament”. Brasilia. Brazil. 2014. © Jonas Bendiksen | Magnum Photos
Shop Now