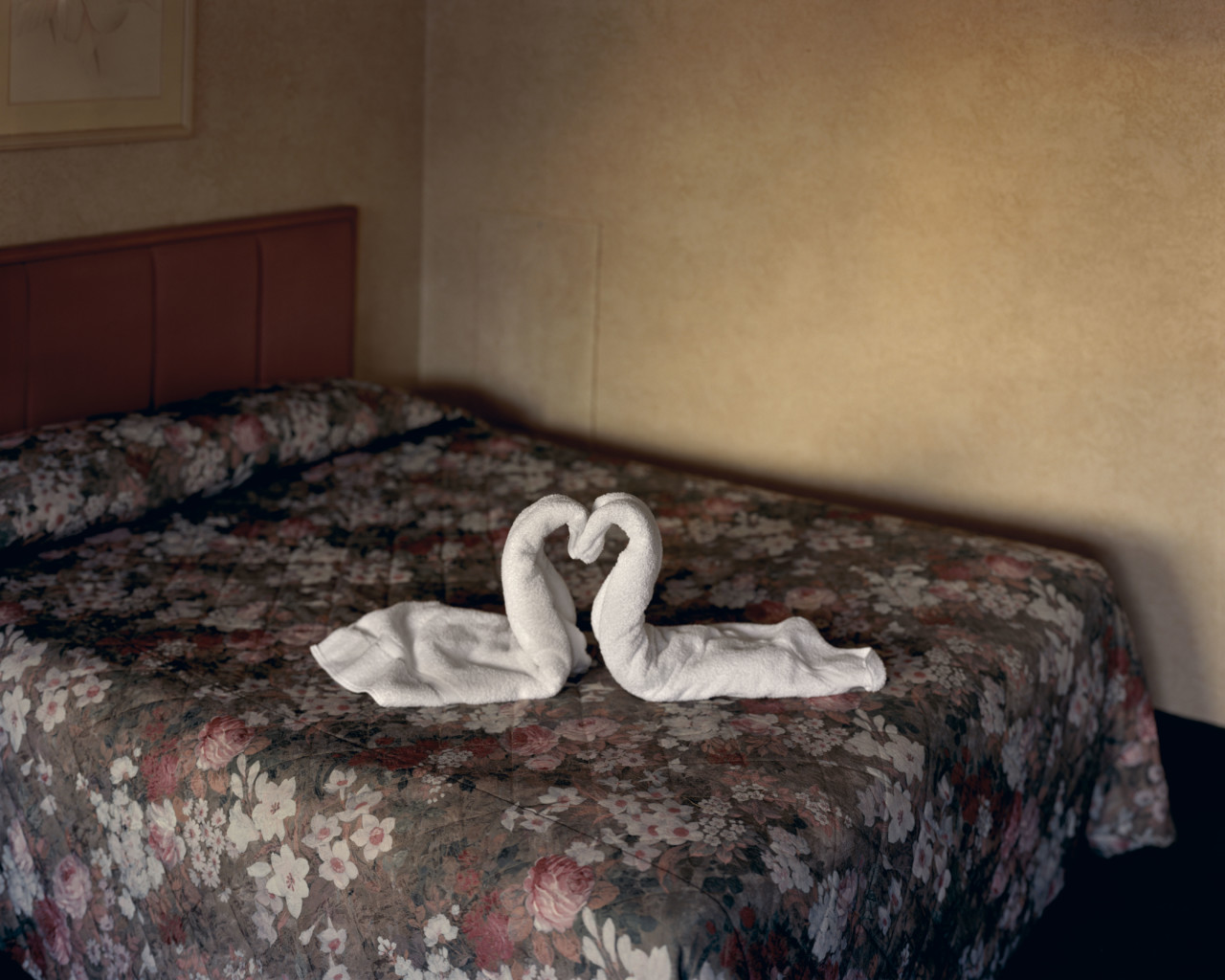 Niagara Falls has long been a destination for newlyweds and lovers. Alec Soth traveled there in 2004 to explore just why it is that Niagara is associated with sexuality, passion and new love. With names like Candlelight Hotel, Happiness and Rainbow Inn, the hotels Soth visits, no longer as full as they once were, are depicted as quiet and slighted dated places, but still harbor small gestures of romance for honeymooning couples. It was in one such hotel room that Soth took this emblematic shot of the series: of a pair of towels forming kissing swans.

The Behind the Image series uncovers the untold stories that lie behind some of the most well-known images by Magnum photographers. Here, we speak to Magnum photographer and judge of the 2017 LensCulture and Magnum Awards, Alec Soth, to discuss the sequence of events that led to this image, and what might have happened had he not taken that shot.

This is essentially a still life, so very little is happening. It is simply two towels folded on a bed. I saw them as creating the shape of a heart, but many others see them as two swans.

In 2004 I was working on a project in Niagara Falls. Niagara is famous as a tourist destination, particularly for honeymooners, but its glory days have long since passed. I made seven trips to the region and stayed in countless different motels. When I opened the door to this motel, I was taken aback by the flourish of the towel decoration

When I encountered this scene, the sun was going down and the room was golden. Though it’s hardly a ‘decisive moment’ picture, I did have to work very quickly to get it.

I was exhausted after a long day of shooting. So I’m sure I would have filled up my ice bucket and downed a glass of whiskey.

What makes this picture work, for me, is the way the large format camera I was using renders space. Along with affecting the depth of field so that the towels are in focus but the background is not, the camera compresses the space. To me, this picture almost looks like it was made in a dollhouse. 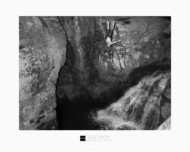