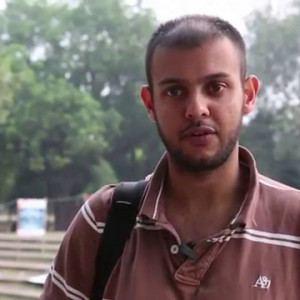 Hura was born on 17th October 1981 in a small town called Chinsurah in West Bengal, India. He grew up with many varied career ambitions but eventually settled on photography, after completing his Masters in Economics at the Delhi School of Economics.

His first projects, The River (a series that explores three cities along the river Ganges and its tributary) and Land of a Thousand Struggles (which followed a grassroots movement in rural India that led to an important social security act), were made simultaneously in 2005-06. Though both were made with auspicious intentions, Hura later decided to turn his back on this kind social documentary work and instead focus on issues which reflected his personal experience.

Hura is currently based in New Delhi, India. He joined Magnum Photos as a nominee in 2014 and became an associate in 2018.