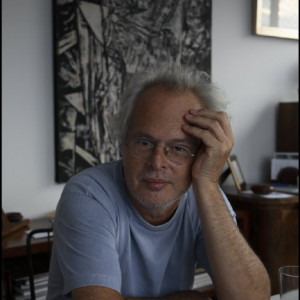 Son of diplomats, Miguel Rio Branco spent his childhood in Portugal, Switzerland, Brazil and the United States. He has variously been a painter, a photographer and a filmmaker. His first painting exhibition was in Bern in 1974, while he was living in Switzerland. Two years later, he moved to New York, where he earned his Bachelor of Arts, continued to paint, and took a one-month vocational course at the New York Institute of Photography. In 1978, he continued his studies in Rio de Janeiro, at the Escola Superior de Desenho Industrial, before launching into a career in photography and film.

Rio Branco was a freelance photographer and director of photography for movies when he embarked on documentary photography and was soon noticed for the dramatic quality of his color work. In 1980, he became an associate of Magnum Photos. Fascinated by places of strong contrast, in the power of tropical colors and light, he made Brazil his main area of exploration. In 1985, he published Dulce Sudor Amargo, a book in which he drew a parallel between the sensual, vital side of Salvador da Bahia and the historical side of the city, which, at the time (1979) was inhabited by prostitutes and the fringe elements of society. It is an essay on life and death, on the scars left behind by time and by living. The photographer’s fascination for these places of strong contrast essentially resides in the power of the tropical colors and light, which he conveys by means of his pictorial sensibility.

Rio Branco’s obsession with the material power of images continued with Nakta in 1996, a book exploring the theme of bestiary in man and animal, which marked a move away from a documentary approach. He followed this with a visual and poetic project fueled by a happy encounter with Louis Calaferte’s poem Nuit Close, a collaboration that won the Prix du Livre Photo in Arles. Silent Book, published in 1997, presents tableaux of bodies and spaces affected by time; decrepitude is magnified by the light, and wounded flesh, ageing, and death haunt the work through earthy and blood red colors.

His book Entre os Olhos o Deserto demonstrates an evolution towards a hybrid form using photography and video images extracted from Rio Branco’s experimental films. Similarly, his exhibitions function as installations, a concept that is crucial to his work, so that – without neglecting the importance of the single image – creating a discourse through images is the final aim. As his latest book and exhibition, Plaisir la douleur, confirms it.