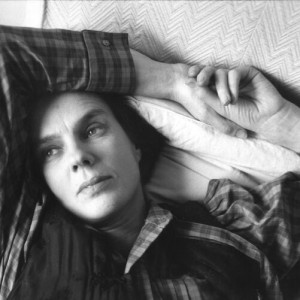 Born in Antwerp, Martine Franck spent her childhood in the United States and in England. She studied art history at the University of Madrid, then at the Ecole du Louvre in Paris, where she presented a thesis on “the influence of cubism on sculpture”.

She began her career as a photographer as the assistant of Eliot Elisofon and Gjon Mili at Life magazine. She was part of the first Vu agency in 1970 and helped found the agency Viva two years later.

She joined Magnum in 1980. She made portraits of artists and writers, but her main focus was humanitarian reportages. She photographed every production of the Théâtre du Soleil since its founding. She began collaborating with the association Little Brothers of the Poor in 1985.

In 1998, her work was exhibited at the Maison Européenne de la Photographie, in Paris.

In 2001 and 2002, Martine Franck concluded a series of photographs on Tory Island, Ireland, and another on Tibetan Buddhist children in India and Nepal.

In 2002, her work was exhibited at the Musée de la Vie Romantique, in Paris.

In 2004, she photographed the Fables de La Fontaine, a show staged by Robert Wilson at the Comédie-Française, a book titled Fables is published by Editions Actes Sud Arles.

In October 2011, the Maison Européenne de la Photographie exhibited 62 portraits of artists coming from somewhere else photographed by Martine Franck from 1965 to 2010.

In March/April 2012 hundreds of portraits of artists by Martine Franck are exhibited at the Galerie Claude Bernard, in Paris.