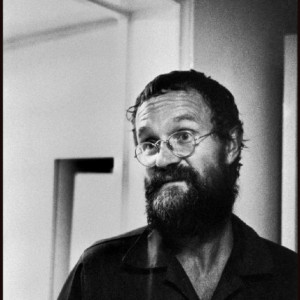 Josef Koudelka, born in Moravia, made his first photographs while a student in the 1950s. About the same time that he started his career as an aeronautical engineer in 1961 he also began photographing Gypsies in Czechoslovakia and theater in Prague. He turned full-time to photography in 1967.

The following year, Koudelka photographed the Soviet invasion of Prague, publishing his photographs under the initials P. P. (Prague Photographer) for fear of reprisal to him and his family. In 1969, he was anonymously awarded the Overseas Press Club’s Robert Capa Gold Medal for those photographs.

Koudelka left Czechoslovakia for political asylum in 1970 and shortly thereafter joined Magnum Photos. In 1975, he brought out his first book Gypsies, and in 1988, Exiles. Since 1986, he has worked with a panoramic camera and issued a compilation of these photographs in his book Chaos in 1999. Koudelka has had more than a dozen books of his work published, including Invasion Prague 68 (2008), and, most recently, La Fabrique d’Exils (2017).

He has won significant awards such as the Prix Nadar (1978), a Grand Prix National de la Photographie (1989), a Grand Prix Cartier-Bresson (1991), and the Hasselblad Foundation International Award in Photography (1992).

Significant exhibitions of his work have been held at the Museum of Modern Art and the International Center of Photography, New York; the Hayward Gallery, London; the Stedelijk Museum of Modern Art, Amsterdam; the Institute of Chicago; the J. Paul Getty Museum, Los Angeles; the Palais de Tokyo, Paris; and the Pompidou Centre in Paris.