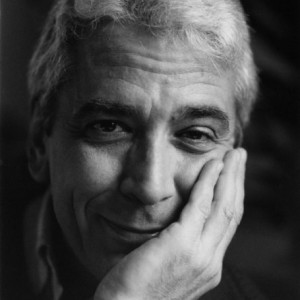 In 1972, Gilles Peress began documenting immigration in Europe. This work continues in his current ongoing project, Hate Thy Brother, a cycle of documentary narratives that looks at intolerance and its consequences.

His books include Haines; A Village Destroyed; The Graves: Srebrenica and Vukovar; The Silence: Rwanda; Farewell to Bosnia and Telex Iran.

His work has been exhibited and is collected by the Museum of Modern Art, the Metropolitan Museum of Art, the Whitney Museum of American Art, PS1, all in New York; the Art Institute of Chicago; the Corcoran Gallery of Art, Washington, D.C; the San Francisco Museum of Modern Art; the Getty Museum in Los Angeles; the Walker Art Center and the Minneapolis Institute of Arts; the V&A in London; the Musée d’Art Moderne, the Picasso Museum, Parc de la Villette and Centre Georges Pompidou in Paris; the Museum Folkwang, Essen; the Sprengel Museum in Hannover, among others.

Awards and fellowships Peress has received include: The Guggenheim Fellowship , National Endowment for the Arts grants, Pollock-Krasner and New York State Council of the Arts fellowships, the W. Eugene Smith Grant for Humanistic Photography and the International Center of Photography Infinity Award.

Peress is Professor of Human Rights and Photography at Bard College, NY and Senior Research Fellow at the Human Rights Center, UC Berkeley. Peress joined Magnum Photos in 1971 and served three times as vice-president and twice as president of the co-operative. He and his wife, Alison Cornyn, live in Brooklyn with their three children.