Litha Luca, Tshepiso Mabula, Tshepiso Mazibuko and Haneem Christian were selected and have received grants of 41,000 South African Rand, as well been given access to workshops and mentoring. They are creating a new body of work in response to the Magnum archive selection, which will be will be curated by Candice Jansen (independent curator), exhibited online and in a physical form that fosters participatory engagement.

The initiative is supported by the British Council #SouthernAfricaArts and Rubis Mécénat, as part of the Of Soul and Joy project.

The aim of this investigation is to explore the work that images do in culture, in relation to race and colonial African histories.

Re-presenting the Archive is a collaboration between Magnum Photos and the Visual Arts Network South Africa (VANSA). Curator Dr Mark Sealy (Autograph) has worked within the historic Magnum Photos archive to curate a body of photographs & unpack various narratives of African culture & diaspora in an attempt to reveal alternative, lesser-known, lesser-seen moments of the African continent’s history. Some have been left out of western epistemes, others suppressed, while some new photo edits offer alternative perspectives on what might have previously been misunderstood, denied or buried.

From its establishment in 1947 to the present day, Magnum photographers have been at the forefront of western photographic documentation. As the world’s photographic and reproduction environment developed and expanded so too did the agency which was formed at a time that was marked by the ravages of WWII and major shifts in global power structures that heralded the beginning of the end of old imperial regimes of power and announced the Cold War as a new political reality.

Here, the Magnum archive is used as a site of critical enquiry concerning the photographic making of Africa through western journalistic tropes. This project functions as an investigation into ‘the who’, ‘the what’, ‘the why’, and ‘the when’ in relation to the photographs produced by Magnum photographers in Africa after WWII and how these images have influenced our understanding of African politics.

This archive curation selects key moments in modern African history for reassessment; these include Senegalese soldiers marching for the Free French troops on the streets of Algiers in 1943, South African elections in 1948 when the Reunited National Party came to power preceding the implementation of apartheid, and examination of the photograph made during the Mau Mau trials of 1954, events surrounding the independence of the Democratic Republic of Congo, to the first Pan African festival in 1968 and its international significance.

We have invited early career South African photographers to begin a dialogue with this archive, with the histories presented in this image selection, by submitting short proposals of new work they would like to make in South Africa in response to this selection, or to the thematics or wider issues raised in the selection.

The announcement of photography’s invention in January 1839 by Louis Jacques Mandé Daguerre in France and Henry William Fox Talbot in England represents a defining moment in the history of Western visual culture, particularly when we consider the dominant European ideologies of the mid nineteenth century and the impact of Enlightenment thought on different cultures at that time. Photographic images played a critical and important role in the constructions of the “Other”. It would therefore be valuable as a curatorial line of enquiry to define the conditions in which we can begin to investigate the archive. By creating a space for new critical photographic dialogues and engagements to emerge, we can begin to make the space for new knowledge about the work archival images do in the present.

What Were Looking For

Magnum and VANSA looked for two early career photographers (or photographic artists) to respond to Mark Sealy’s curation of the Magnum Photos archive, by making new photographic work in response to the content or thematics in the selection. Applicants could interpret this in the broadest sense and possible. Topics could include, but were not limited to:

Successful applicants were selected by a professional jury.

Participants are based in South Africa and “early career”, by which we define as under 35 years old, and having had no more than one solo show at a gallery or institution.

This deadline has passed the the programme is now underway.

Participants are required to adhere to all production deadlines (see timeline section below) and to attend online workshops, press conferences, related programming and events.

The grant term is six months, starting no sooner than May 2022 and ending by November 2022.

The participants are based in South Africa and  “early career”, by which we define as under 35 years old, and having had no more than one solo show at a gallery or institution.

Mark Sealy Director of Autograph ABP Dr Mark Sealy MBE is interested in the relationship between photography and social change, identity politics, race, and human rights. He has been director of London-based photographic arts charity Autograph ABP since 1991 and has produced numerous artist publications, curated exhibitions, and commissioned photographers and filmmakers worldwide, including the critically acclaimed Human Rights Human Wrongs exhibition curated for Ryerson Image Centre, Toronto, in 2013 and The Photographers’ Gallery, London, in 2015.

Emily Graham Cultural Manager at Magnum Photos London Emily Graham oversees Magnum’s UK exhibitions, cultural commissions and special projects. Additionally, she was the co-founder and director of Night Contact, a multimedia and photography organisation that supports and promotes contemporary image making, bringing together innovative photographic works that provoke or engage in conversations with other media, such as film, music and literature.

Candice Jansen South African Curator Dr Candice Jansen works on photography and is a Research Associate at the Visual Identities in Art and Design Centre at the University of Johannesburg.

Tokologo Mphaki, Project Manager, VANSA Tokologo Mphaki is a Pretoria based visual artist. She studied Fine & Applied Arts at Tshwane University of Technology. She primarily works in the medium of oil painting, tapestries and charcoal drawing. Her work investigates religion, faith and beliefs in the curiosity for Spiritual enlightenment, identity, as well as abstract Spiritual narrative. Tokologo has participated in various group exhibitions including "Imbokodo Pillars of Strength" at the Ditsong Cultural Museum in Pretoria. She enjoys using her skills and knowledge to inspire others to develop a passion for art and art history. 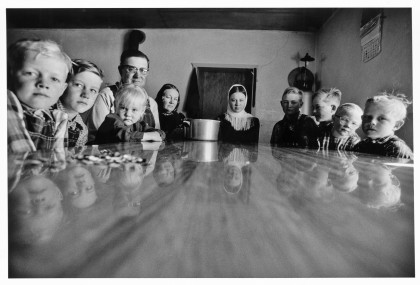 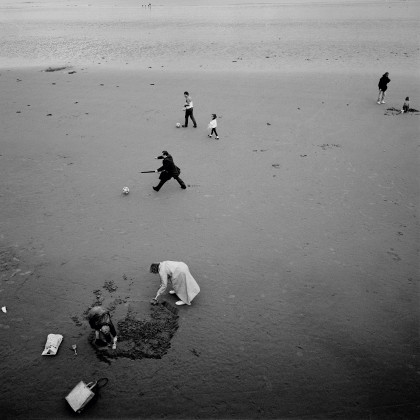 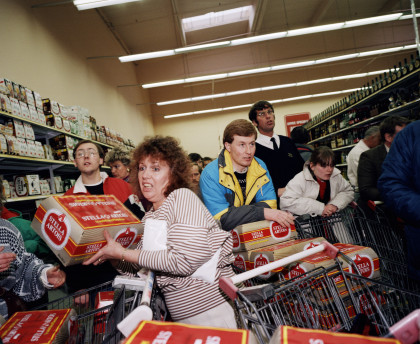 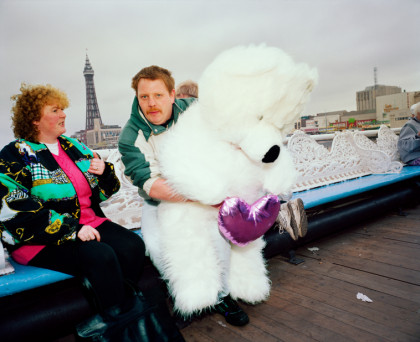