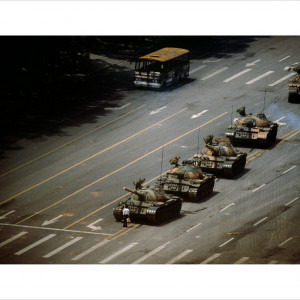 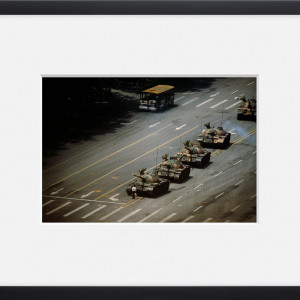 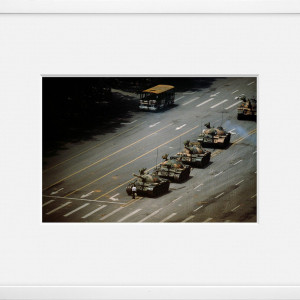 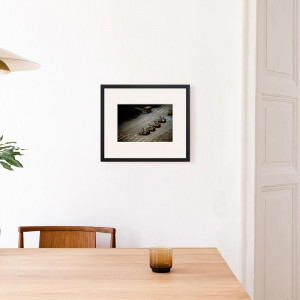 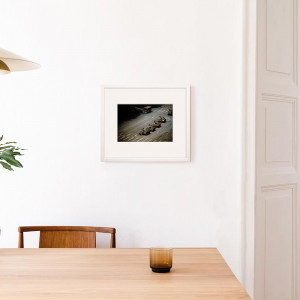 On June 4 1989, hundreds of Chinese student protesters were killed when they clashed with the military after a lengthy standoff in and around Beijing’s Tiananmen Square. Having photographed the rising tensions, and the erection of the students’ ‘Goddess of Democracy’ statue, Stuart Franklin was present to witness the protest being crushed: “As I was photographing the tank, I had very clear memories of the Prague Spring of 1968, when citizens faced off with Russian tanks. The atmosphere soon became chaotic in the hotel, as people were worried about getting their stories out in the unfolding tragedy. Authorities inside the hotel confiscated footage, but I packed my film into a box of tea and gave it to a French student who was heading back to Paris. She got it to Magnum.” Franklin’s photograph of the now famous Tank Man was reproduced around the world, becoming representative of protest in the face of overpowering odds.

Born in London in 1956, Stuart Franklin’s artistic career started with the study of drawing, before he completed a degree in photography in 1979. Throughout the 1980s he worked across Asia, Africa and Europe, photographing the Heysel Stadium disaster in Belgium and the civil war in Lebanon. His coverage of the Sahel famine in Sudan in the mid-1980s attracted critical acclaim, and in 1985 he joined Magnum Photos.

In 1989, Franklin was in China during a nationwide student-led democracy movement that centered on Beijing’s Tiananmen Square. “Once protesters had been camped out [in the square] for weeks, the government realised they needed to act,” Franklin said in 2014. “Two days before the crackdown, the army arrived in bulk and the atmosphere changed radically.”

On the 4th of June, the People’s Liberation Army converged on Tiananmen Square and opened fire without warning, shooting protesters in the back as they ran. Others were crushed to death by military vehicles.

Franklin left the square early on June 5 and returned to his hotel, which was being occupied by the Chinese military. Standing on a balcony with a group of journalists and photographers, Franklin saw a man step out in front of a line of tanks and took this photo. “The still photographs that a few of us took of that 'tank man' scene seemed unremarkable to me,” he has said, “only because I was so far away on that balcony.”

The photograph would soon become  famous in the West, a representation not only of the fight for democracy in China, but a symbol of freedom in the face of oppression. However, the image almost didn’t make it out of the country.

“The police and security people were going from room to room in my hotel, searching for journalists and confiscating films,” said Franklin in 2013. “I remember packing my film into a box of tea that was supplied in the hotel room and asking someone who was going back to Paris to take it for me. I wasn't worried about it once the film was out. It wasn't easy – we were shot at, at times – but I was lucky.” 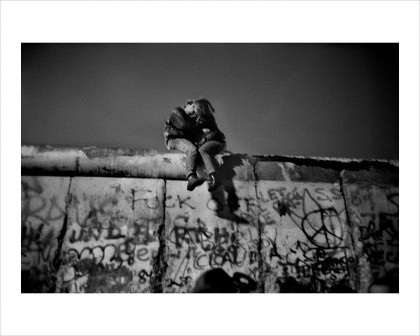 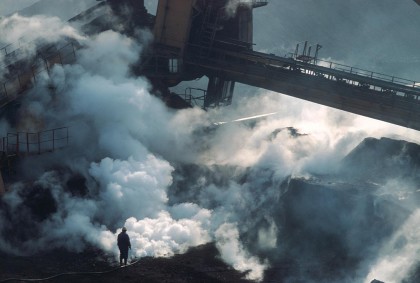 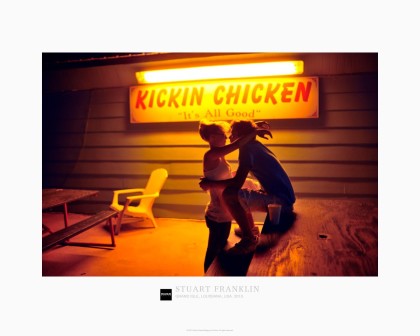 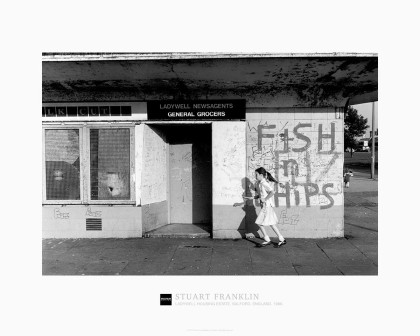 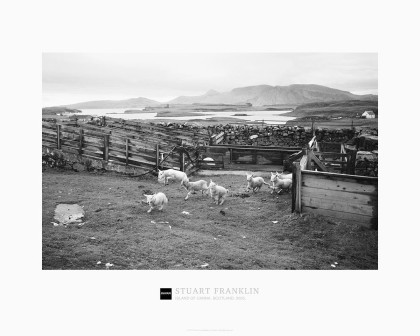 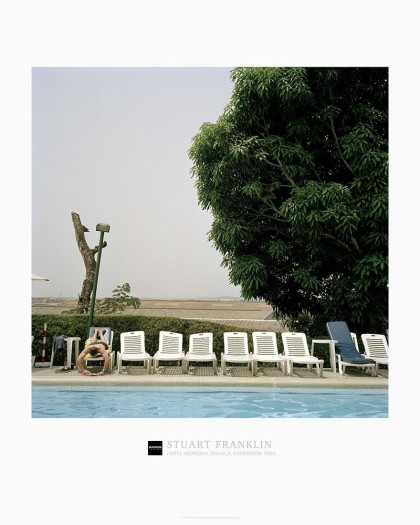 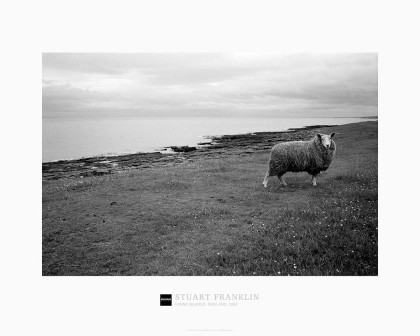 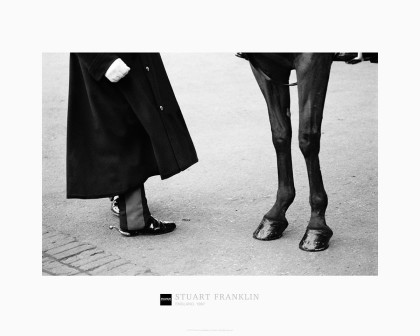 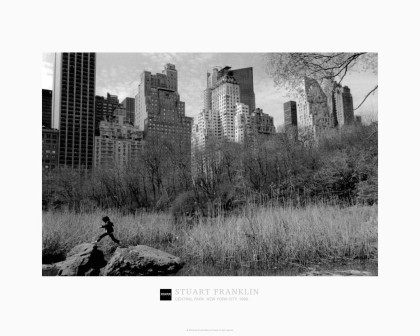 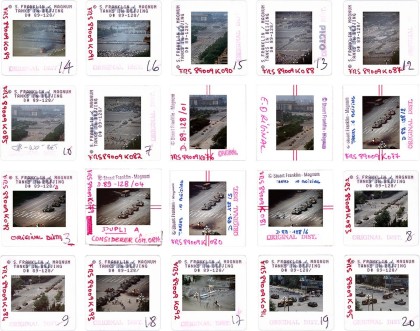 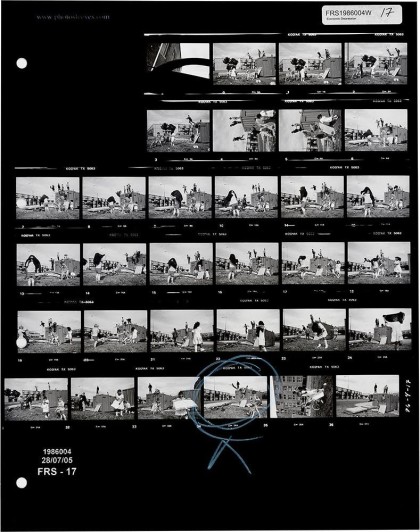