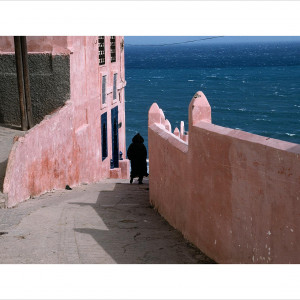 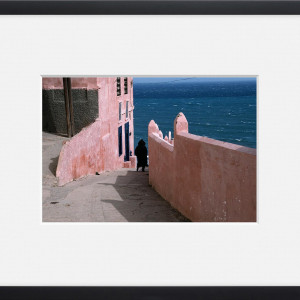 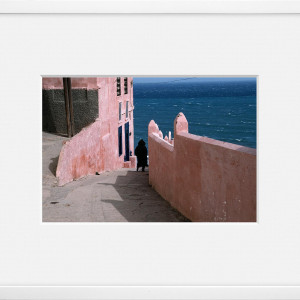 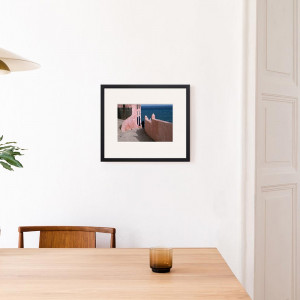 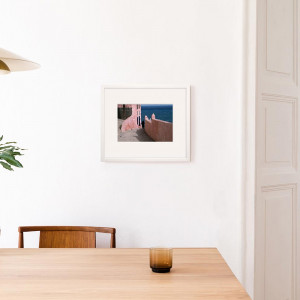 Bruno Barbey was born in Morocco and grew up in various parts of the country: Rabat, Salé, Marrakech and Tangiers. Over the course of his career, Barbey has traveled all over the world, but it is to Morocco that he keeps returning. Central to his more-than 50 years of work in the nation has been his use of color film – a move inspired by an assignment working for Vogue in Brazil in 1966. A respect for local custom has meant that few of Barbey’s Morocco images feature people in the foreground, they are primarily shot from afar, or feature figures bathed shadow. Key also to many of Barbey’s Morocco photographs is an air of abstraction, as Carole Naggar wrote of the vast body of work: “Bruno Barbey has started streamlining his subjects: the people and sites he photographs have become closer to abstractions. It is as if he wants to get to the essence of color. As if traveling through time, he produces serene, musical compositions pulsing with a mixture of longing, memory and emotion, but also suggesting a darker world of secrets behind closed doors.”

Covering five continents over the course of his career, Bruno Barbey has photographed much of the world, both at war and in peace.

A Moroccan-born French photographer, Barbey studied graphic arts and photography in Switzerland from 1959 to 1960. From the following year until 1964 he documented the people of Italy, describing them as the protagonists of their own “theatrical world”. Barbey began working with Magnum Photos in 1964, photographing the 1968 student riots in Paris, PNLM fighters in Palestine, the horrors of the Vietnam War and skirmishes on the streets of Belfast during The Troubles.

Barbey served as Magnum’s vice president for Europe in 1978 and 1979, and in the latter year commenced work on his book Poland, a collection of images showing the social-political upheaval in the country during the early 1980s. Of that era, Barbey said: “Poland was the page in history that was being written, and it was the memory of an ancestral society on the verge of disappearing.”

Some of Barbey’s most iconic images were shot during the Gulf War, in 1991. The photographs show almost otherworldly landscapes – burning oil fields in Kuwait, US Marines posing against a backdrop of fire, burned-out vehicles and charred corpses, the dull desert sand juxtaposed against bright orange flames.

Barbey was one of the pioneers of the use of color film in photojournalism when he began using it on a Vogue assignment in Brazil in 1966. Much of his work since has included the use of vivid color, and this image – shot in Tangiers, Morocco – is no exception.

Barbey has often returned to the country where he spent the first 12 years of his life. In the introduction to his monograph, My Morocco, Barbey wrote: “Here, it is sometimes so difficult for a photographer to do his job that he must learn to merge into the walls. Photos must either be taken swiftly, with all the attendant risks, or only after long periods of infinite patience. Such was the price of these images… The memory of Morocco can only be captured with respect.” 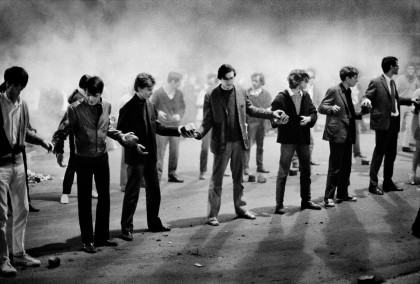 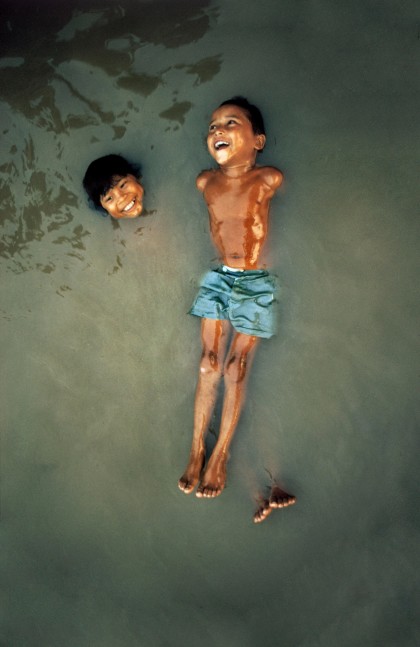 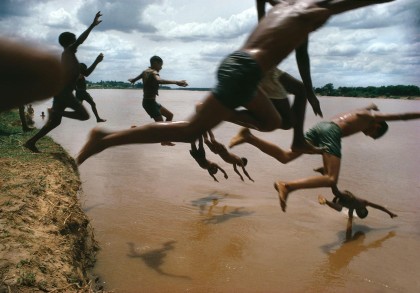 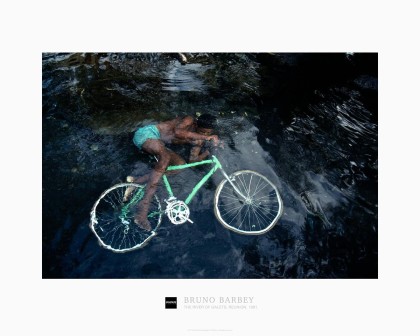 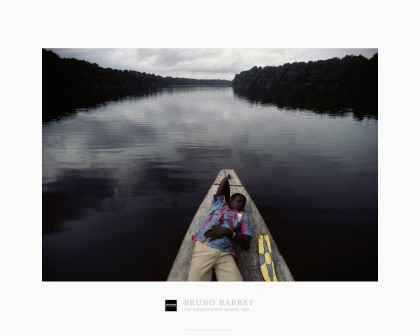 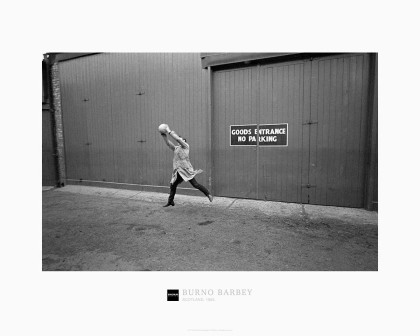 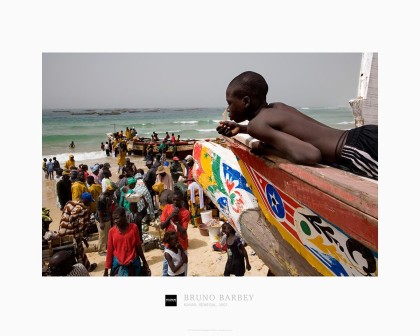 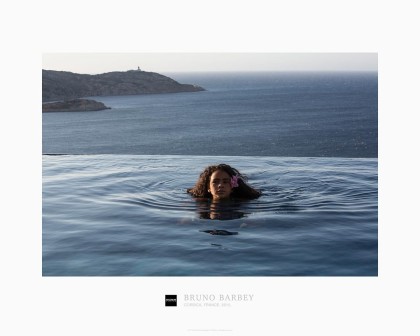 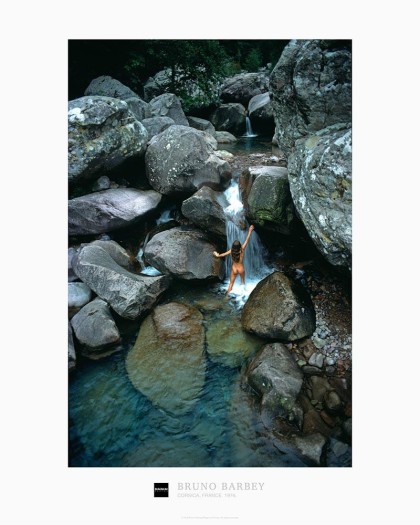 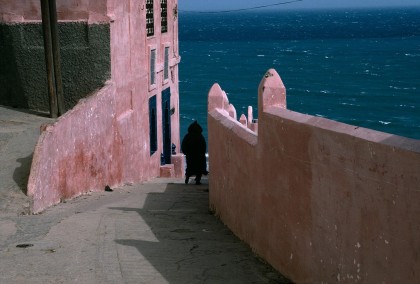