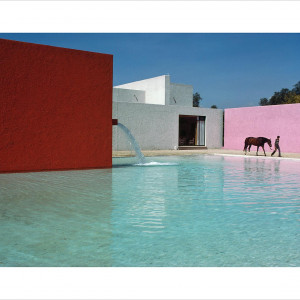 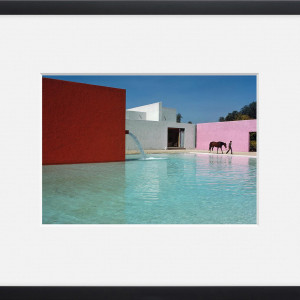 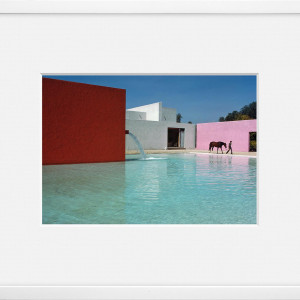 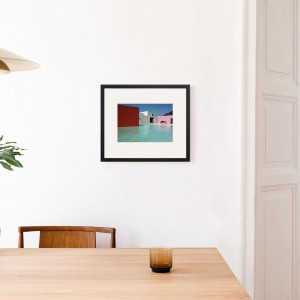 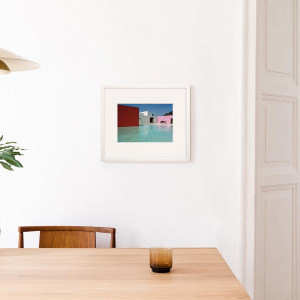 Rene Burri photographed many modernist icons: Le Corbusier at work, Picasso in his home, and the construction and inauguration of Brasilia – Oscar Niemeyer’s purpose built capital city. This image depicts the work of another modernist, the influential Mexican architect Luis Barragán. Designed in collaboration with his protégé, Andrés Casillas, and built in 1968 on the outskirts of Mexico City, Cuadra San Cristóbal was designed for a Swedish equestrian family who Barragán had met while riding at a nearby club. Pictured is an area of the home constructed to exercise the family’s horses.

Known for his photographs of Brasília and São Paulo, Rene Burri was witness to a number of major historical events in the second half of the 20th century.

Burri began working as a documentary photographer in 1953 while undertaking military service as a 20-year-old in his native Switzerland. He followed this foray into photography with a brief stint operating cameras for Disney, before travelling the world to begin a photographic career that would encompass the areas of street photography, reportage, portraiture, documentary, landscape and architecture.

Becoming a full member of Magnum Photos in 1959, Burri would photograph the building of the Berlin Wall, the funeral of John F Kennedy, and conflicts in Vietnam and Lebanon. However, perhaps his biggest coup was being granted exclusive access to photograph the Marxist revolutionary Che Guevara in 1963.

Outside of photographing major news events and cultural figures such as Picasso and Le Corbusier, Burri took a special interest in architecture. Throughout the early 1960s he completed a major project on the construction and inauguration of Brasilia, Brazil’s purpose-built capital, much of which was the work of the modernist architect Oscar Niemeyer.

This image depicts the work of another modernist, the influential Mexican architect Luis Barragán, working in collaboration with his protégé, Andrés Casillas. Built in 1968 on the outskirts of Mexico City, Cuadra San Cristóbal was designed for a Swedish equestrian family Barragán had met while riding at a nearby club. Pictured is an area of the home constructed to exercise the family’s horses. 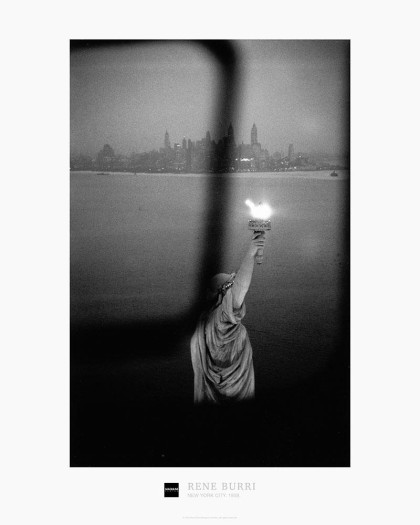 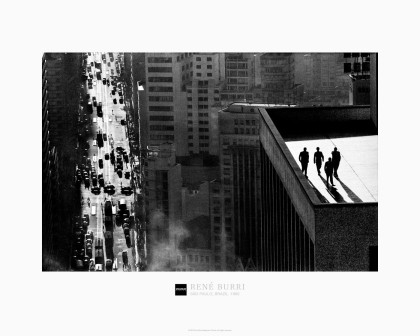 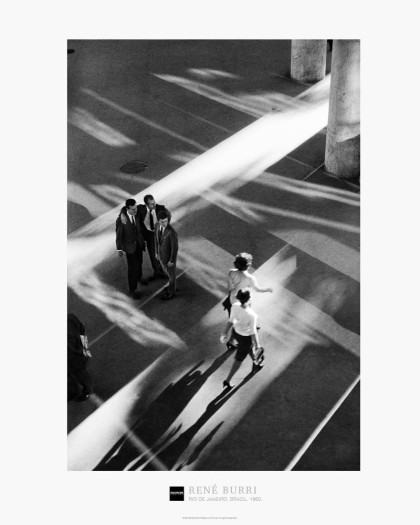 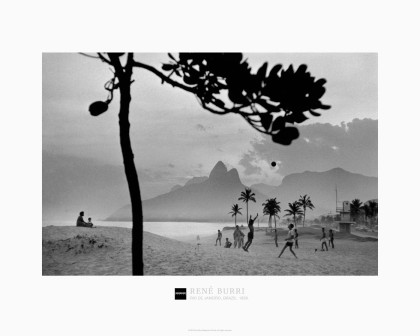 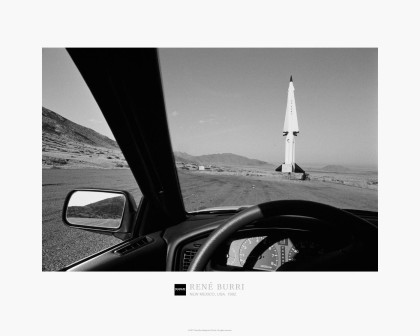 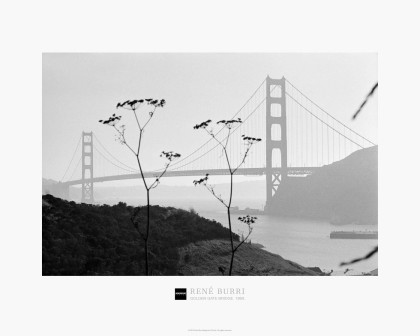 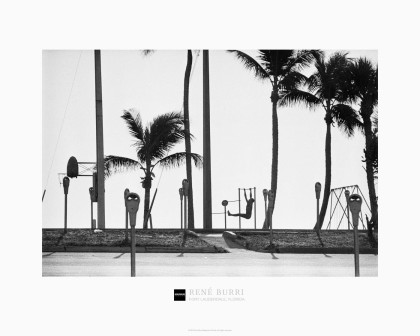 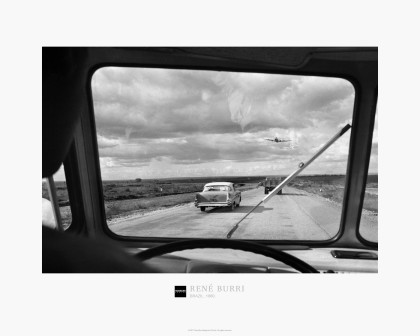 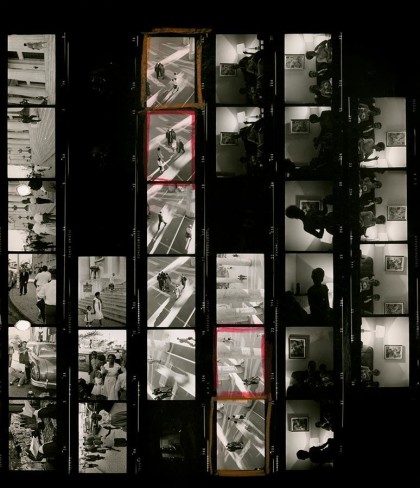 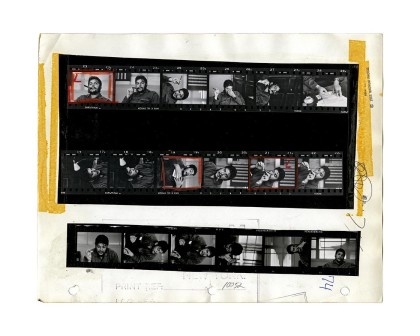