Since 2015, the Polish people have taken to the streets to protest changes in abortion laws, climate change, the politicization of the judiciary, LGBTQ rights and, most recently, humanitarian crisis at the Poland-Belarus border. Rafal Milach has joined them as a participant, documentarist and journalist. “I am exhausted but I am motivated,” says Rafal Milach. “I truly know the purpose of my work now. I felt that I was whispering before, but the protests have brought clarity.” The photographer is reflecting on the past few years in which he has participated in and photographed the ongoing and regular protests that have happened in Poland. Since 2015, the Polish people have taken to the streets to protest changes in abortion laws, climate change, the politicization of the judiciary, LGBTQ rights and, most recently, humanitarian crisis at the Poland-Belarus border. “These issues aren’t isolated. They are related. There are so many truths and narratives coexisting these days. We live in a very divisive and divided time,” he explains. “It’s no longer possible to keep any distance from what is going on. We are now participants and activists; demonstrated through our actions.” "It’s not just about creating a counter-narrative, it’s about actually helping. I want to be an ally and a supporter. My privilege means I have an obligation to act." 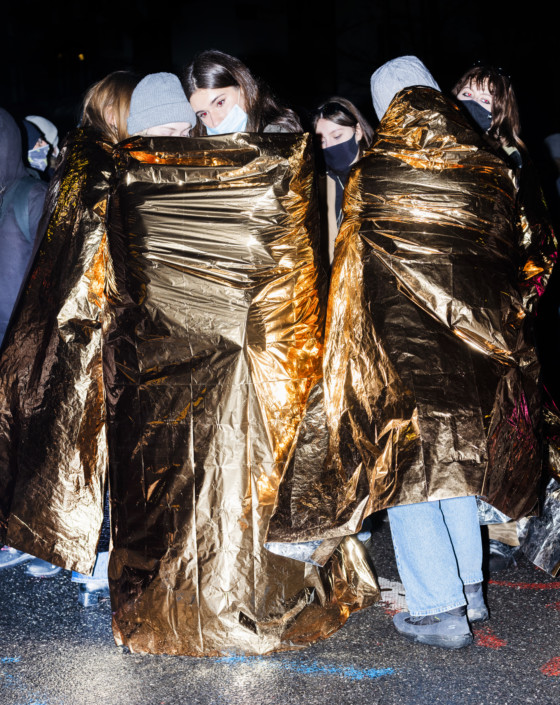 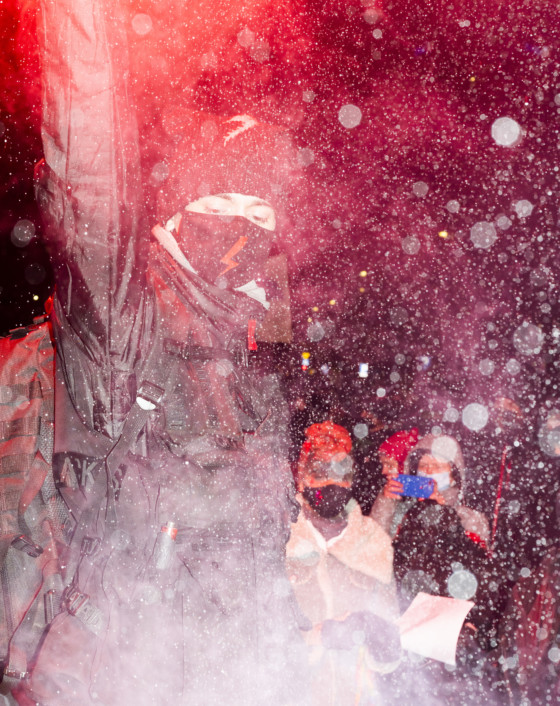 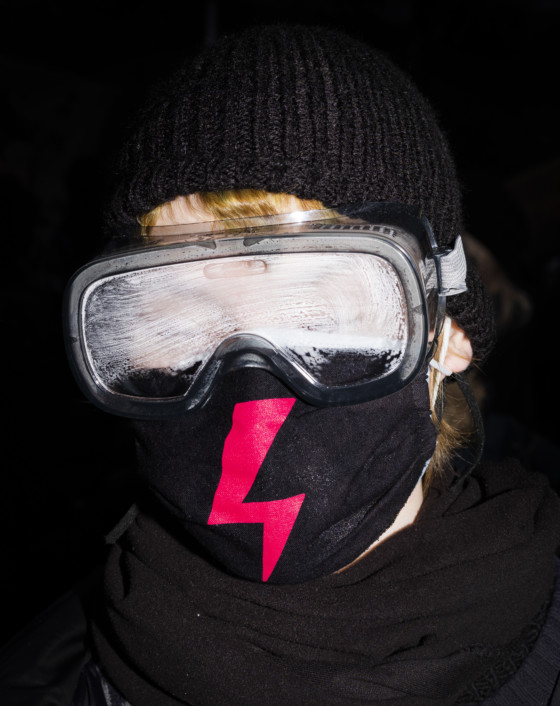 Rafal Milach | -scaled.jpg Poland, Warsaw 13.12.2020 Anti-governmental protest "We March for Freedom. We March for All". Various groups and organisations joined Women's Strike in the protest that took place on the 39th anniv (...)
ersary of introduction of Marshal Law in communist Poland. Thousands of protesters took to the streets despite of Covid-19 pandemic. © Rafal Milach | Magnum Photos 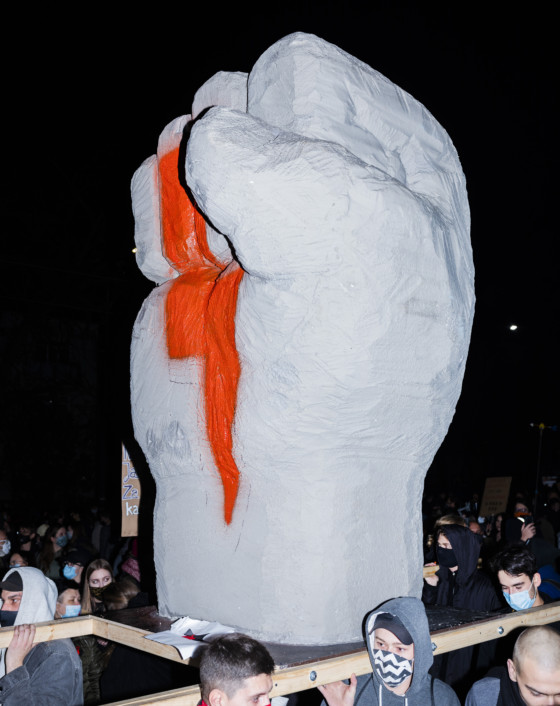 Rafal Milach More than 150,000 people marched in the "To Warsaw" protest against the near-total abortion ban protest. The protest was organised by the Women's Strike and other feminist organisations. People fro (...)
m all over Poland took to the streets despite the restrictions imposed because of the Covid-19 pandemic. Warsaw, Poland. 30.10.2020 © Rafal Milach | Magnum Photos

Since October there has been an unfolding crisis on the border between Poland and Belarus. By the middle of that month, the Polish government said it had posted more than 15,000 troops at the border in order to halt migrants, largely from the Middle East, entering the country. At the same time, it passed an amendment to its laws to immediately expel anyone who crosses its border illegally, which is in breach of international law.  Poland and the EU have accused the Belarusian government of orchestrating the situation, and the accusations of other government interference runs rife. The situation has left thousands of migrants stranded and a blackout on media coverage means that the reality of those trapped remains unseen – most testimony comes from first hand accounts of those who have somehow managed to enter the country. The situation remains dire and there have been reports of eight deaths in the forests where those trying to enter Poland are stuck. “The only footage from the Polish side of the border we are seeing comes from the military and the police,” says Rafal. “The narrative is owned by them. So what can we do? We can protest. We can protest government policy that is killing people at our border and defying the Geneva convention. We have to respond.” Once again, Polish People have taken to the streets to challenge the government and voice their opposition to the actions being taken. For Rafal, it’s impossible not to engage: “We have to contribute as much as possible with the tools that we have,” he continues. “The activists distribute food, water and clothes to help people. It’s not just about creating a counter-narrative, it’s about actually helping. I want to be an ally and a supporter. My privilege means I have an obligation to act.”

Rafal has photographed the protests that he has participated in, as Polish citizens have been moved to action. Alongside this, he has undertaken three projects directly related to what is happening in his home country, that contribute to the counter narrative to that of the state. The first project is the Archive of Public Protest, that he founded in 2019 with a number of photographers, activists, writers and academics which collects the raw footage of every protest. It allows protesters and allies to share information and footage, while also creating a resource and document. “We are engaged in a real, time 360 degree media campaign. The physical protest is just part of this. It’s not possible to compete with state subsidised media, but those that care are able to effectively campaign online, as well as in person,” he says. “The researchers, academics and activists are using the images to collaborate with each other. I contribute through the language of photojournalism. The photojournalistic format is an effective way to communicate what is happening – however, we are not objective. I don’t believe in being objective. We are on the side of the underdog.” 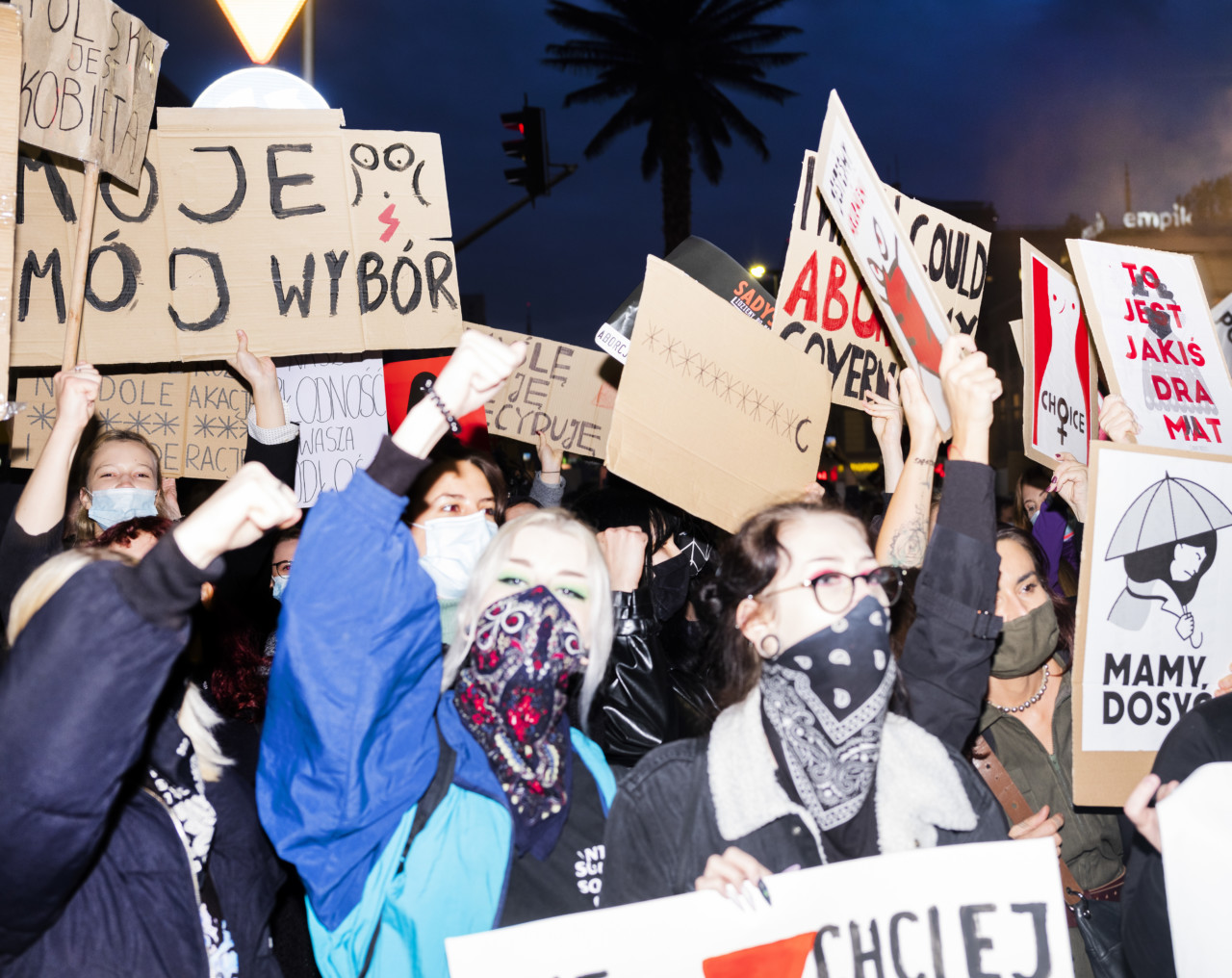 Rafal Milach "Independent Warsaw - In the name of Mother, Daughter, Sister" Protest organised by Women's Strike on the occasion of the 102nd anniversary of granting Polish women voting rights. It was the 38th d (...)
ay of pro-choice protests after the politicized Constitutional Court declared abortion illegal in case of severely damaged foetus. Thousands of protesters took to the streets despite of the Covid-19 pandemic. Warsaw, Poland. 28.11.2021 © Rafal Milach | Magnum Photos 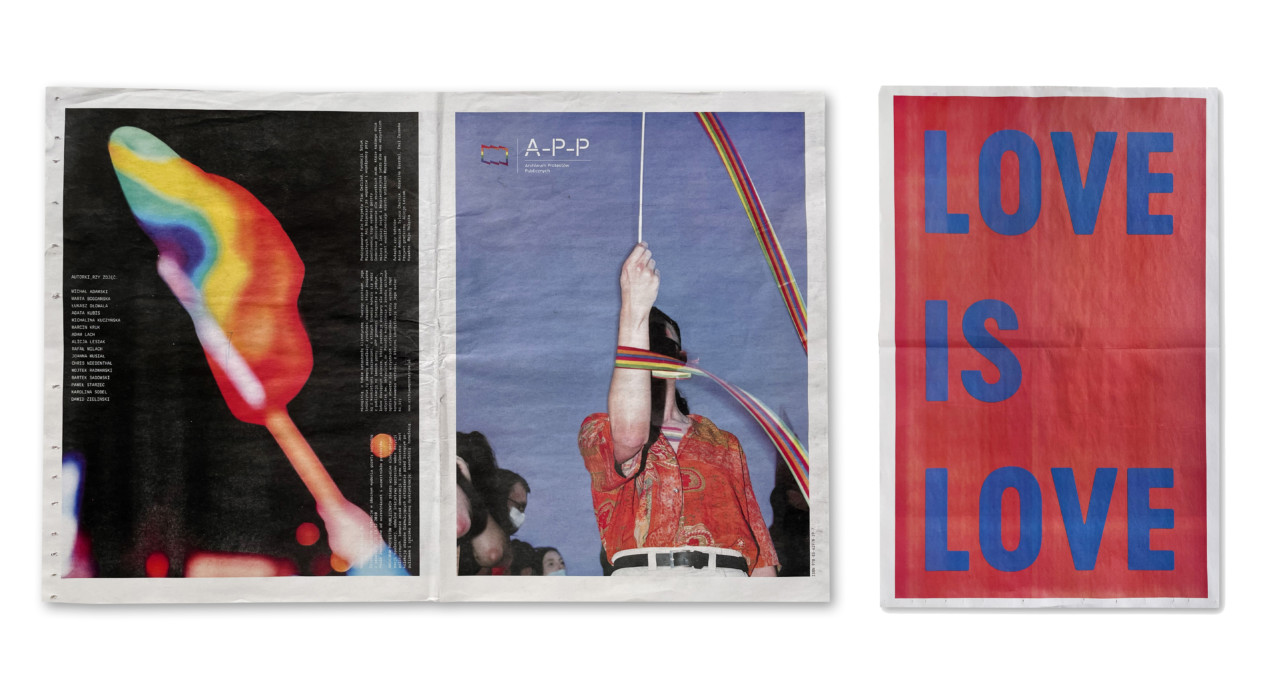 5
Spreads from Strike Newspaper.
5
View all

While the archive gathers in real time, Rafal has also launched the print-only Strike Newspaper, which editorialises the material in the archive. “It slows the process,” he explains. “We consume too much information online. Producing a paper allows us to explore the meaning of what we are seeing and doing.” The newspaper combines essays, photojournalism and graphic design, and functions not only as a record and means of communication, but also as a tool. In this instance the newspaper is a means of perpetuating protest as well as disseminating information about it. “The slogans and posters that we print are being displayed by protestors. The pages can be pasted to boards and carried. It’s us using our skills and means to show solidarity and contribute.” There are currently six issues of the newspaper, with more to come, and, consciously slowing the pace of publication again, Rafal created a book – also called Strike. “I believe each protest and official declaration leaves a trace,” he says. “I hope for political change.” The book, which was a collaboration with a number of researchers and essayists, explores the visual culture of the protests. “The protests are non-violent, but the energy is incredible. At the pro-choice protests the teenagers drove the core of the activity. It made the protest highly creative. It was loud, aggressive, vulgar and strong,” he explains. “There is no polite way to fight for your rights. It all seems such a great way to channel anger and opposition against a system that you feel is failing and oppresses.”

Together, the three projects mark a moment in Polish history that has yet to play out. The protests have been frequent over the past three years, and Rafal will continue to work and contribute with protesters as the situation evolves. He is optimistic, but acutely aware that change will take time. “People are engaged. They want to see a brighter future,” he says. “But every process has different dynamics – if we can change the perception of an issue, then our actions are a success. There have been times in recent years that all of Poland has been protesting, not just Warsaw or other big cities. Whenever we show solidarity, we ask ourselves: what does this change?” 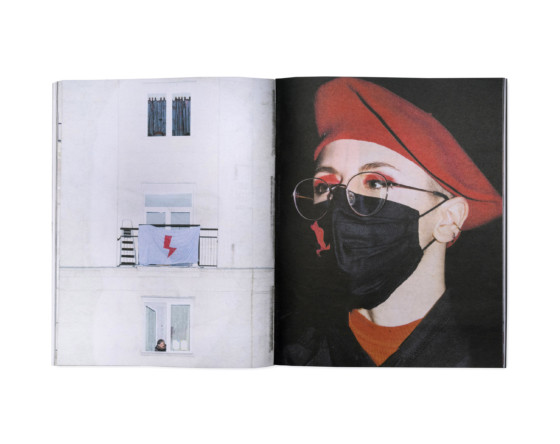 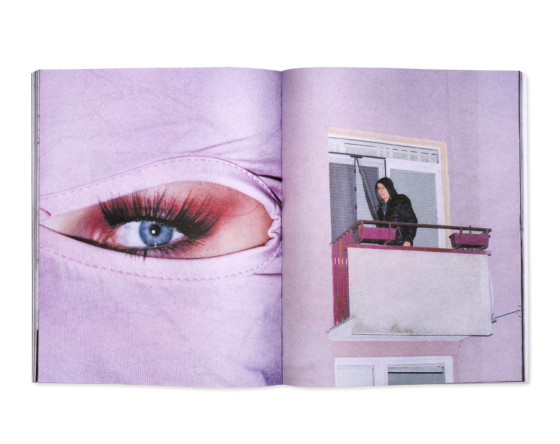