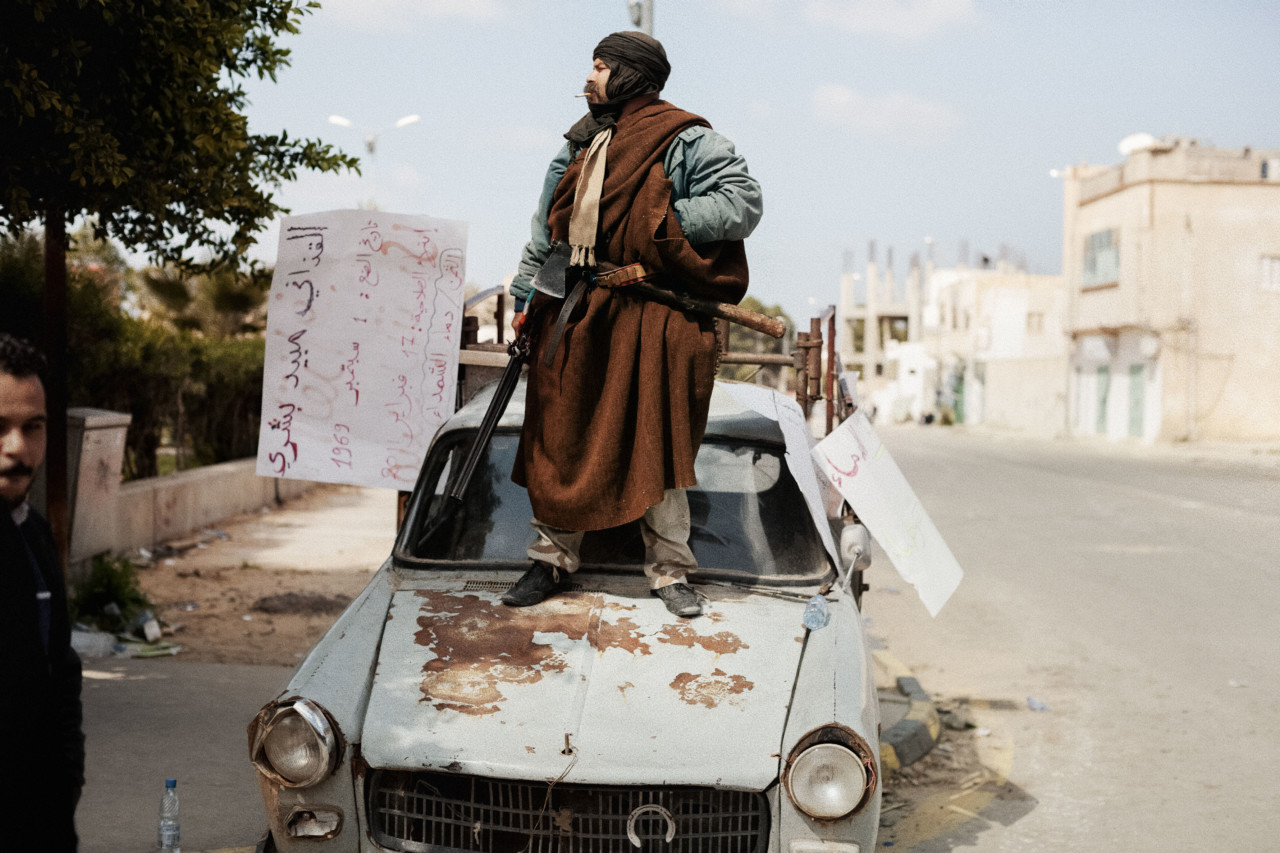 Moises Saman An armed member of the opposition stands guard on a street in the town of Zawiya, about 50KM west of Tripoli. Zawiya, Libya, 2011. © Moises Saman | Magnum Photos
License |

This is a very special opportunity to show and discuss your work in an intimate atmosphere, in the Magnum Tokyo office with Moises Saman. Moises will share with you his inspiring vision on Photography and help you to take your work to the next level.

This weekend masterclass will incorporate a group portfolio review, a mini-assignment with a follow-up group critique of images produced in class, and an inspirational lecture from Moises Saman.

On the first day participants will be expected to arrive with 12 printed images to be reviewed by Moises. Towards the end of the day, Moises will give participants a small assignment that will be reviewed in the class the following day, in the afternoon.

This masterclass is not aimed at beginners in Photography but otherwise is open to all; students, dedicated amateurs, semi-professionals, or emerging photographers.

Moises Saman was born in Lima, Peru, from a mixed Spanish and Peruvian family. At the age of 1 his family relocated to Barcelona, Spain, where Moises spent most of his youth. Moises studied Communications and Sociology in the United States at California State University, graduating in 1998. It was during his last year in university that Moises first became interested in becoming a photographer, influenced by the work of a number of photojournalists that had been covering the wars in the Balkans. Moises interned at several small newspapers in California, and after graduating from university he moved to New York City to complete a summer internship at New York’s Newsday newspaper. That fall, upon completion of the internship, Moises spent a month traveling in Kosovo photographing the immediate aftermath of the last Balkan war. In 2000 Moises joined Newsday as a Staff Photographer, a position he held until 2007. During his 7 years at Newsday, Moises’s work focused on covering the fallout of the 9/11 attacks, spending most of his time traveling between Afghanistan, Iraq, and other Middle Eastern countries.

In the fall of 2007, Moises left Newsday to become a free-lance photographer represented by Panos Pictures. During that time he become a regular contributor for The New York Times, Human Rights Watch, Newsweek, and TIME Magazine, among other international publications. Over the years Moises’s work has received awards from the World Press Photo, Pictures of the Year and the Overseas Press Club and his photographs have been shown in a several exhibitions worldwide. In 2010 Moises was invited to join Magnum Photos as a Nominee and became a full member in 2014. He now lives in Japan. His recent work ‘Life After ISIS’ can be seen in the current April issue of National Geographic magazine. 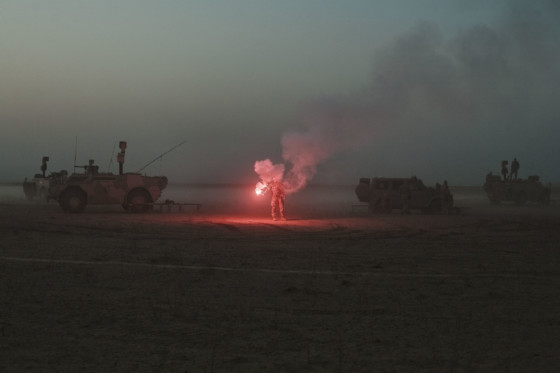 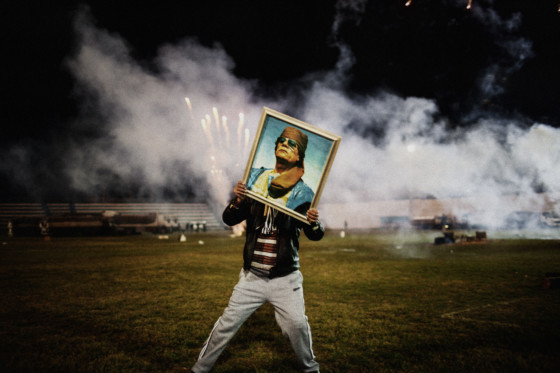 Moises Saman A Qaddafi supporter holds a portrait of the Libyan leader during a celebration staged for a group of visiting foreign journalists after regime forces re-took the city from rebels. Zawiyah, Libya. 2011 © Moises Saman | Magnum Photos
License |

Candidates must submit 12 pictures with their application, and will need to bring these pictures printed for their review on the first day.

Candidates will be expected to arrive comfortable with their equipment and ready to work. The class will be taught in English with Japanese translation available.

Due to the nature of the seminar, Magnum asks that participants produce and edit their work digitally.

A total of up to 12 International and Japanese participants will be accepted on the strength of their work and in the order of application received.

The first deadline for acceptance is May 5th. Qualified applicants will be selected through a combination of the merit of their work and in the order of the application received. All applications received after May 5th will be reviewed, space permitting.

Payment will only be accepted by bank transfer. After an application has been approved, candidates will send you an email with our bank account information.

The final deadline for application is May 12th.

Participants are expected to make their own arrangements regarding travel and accommodation. Please ensure you have the necessary travel documents & relevant visas in order to attend the event. 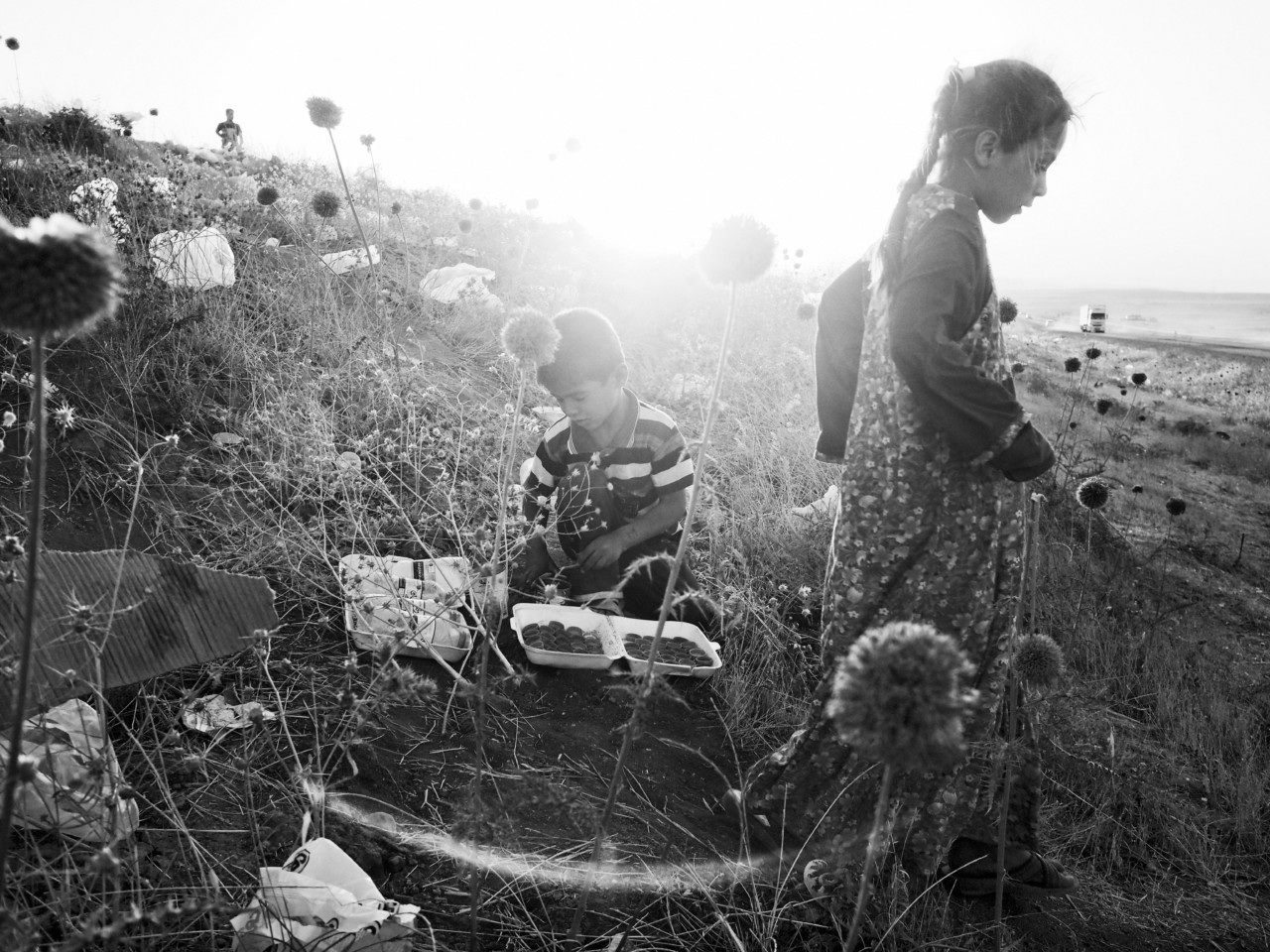 Moises Saman Iraqi children collect plastic bottle caps near a makeshift camp for internally displaced people along the road from Mosul to Erbil. The children and their families fled the mostly-Shiite town of T (...)
al Afar after ISIS militants, who consider non-Sunnis to be heretics, moved into the area. Hundreds of Shiite families from Tal Afar are now waiting in this camp at the southern entrance to Erbil province, awaiting permission from Kurdish authorities to cross into Kurdish-controlled territory. Khazer, Iraq. July 17, 2014. © Moises Saman | Magnum Photos
License |

*Please note: Magnum Photos reserves the right to cancel groups with less than 8 participants. Students will be given a full refund.

In the event of a cancellation, students will be given 10 days in advance notice. Magnum Photos reserves the right to change or alter the program advertised.

– 50% of the cost if cancelled between 6 and 20 days before the workshop commences.
– 100% of the cost if cancelled less than 5 days before the workshop starts.
– All workshops that are commenced but not completed through the fault of ei-ther the contractor/or participant need to be paid in full.
Magnum Photos is not responsible for reimbursement of travel expenses in ca-se a workshop is cancelled. We highly recommend that you buy refundable air tickets and/or travel insurance.

For any queries please feel free to contact Chloe Jafe in Tokyo: chloejafe@magnumphotos.co.jp 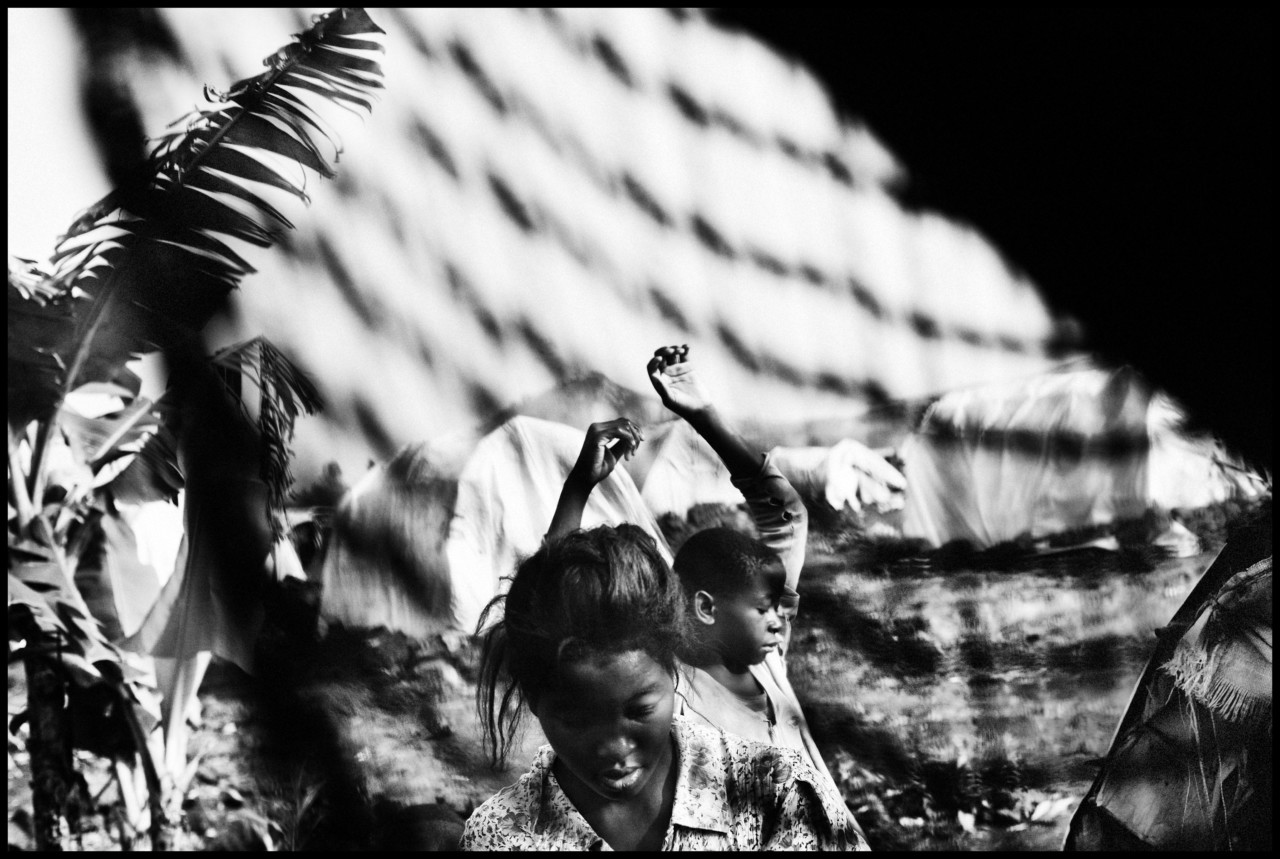