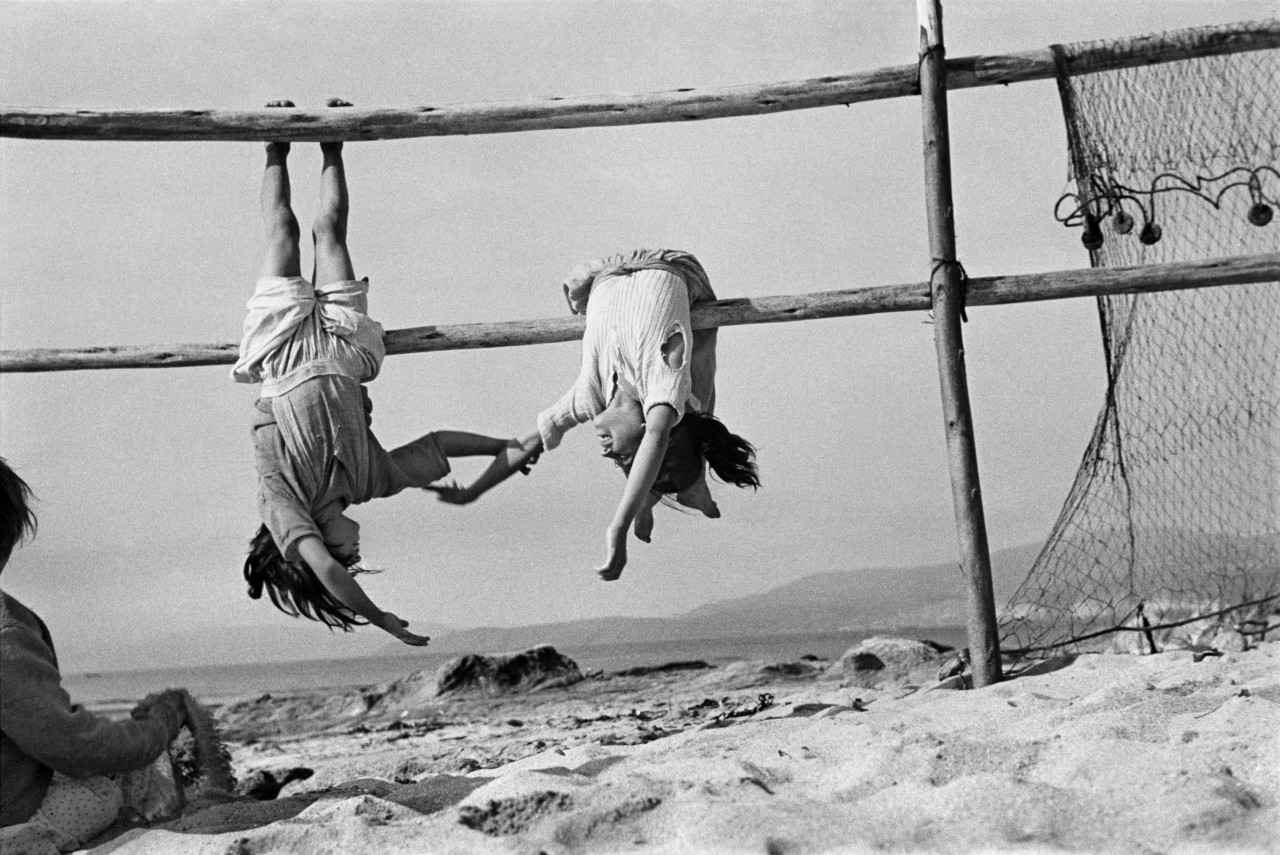 10
Sergio Larrain In Santiago there is a vast population of vagabond children who beg in the parks, sleep anywhere they can, forming an independent sort of tribe in the middle of the city with their own language, cu (...)
stoms, etc. They work with older men who use them for begging, teaching them the routine and habits and crime which is their only future. The kids are shy of the poor houses, because they are badly treated and fed. Often people give them money and food. They gather in clans, often run by older boys who hold a homosexual hold over them. On the whole the street is fun for them, and they prefer that to the safety of state institutions. Santiago, Chile. 1955. © Sergio Larrain | Magnum Photos
License | 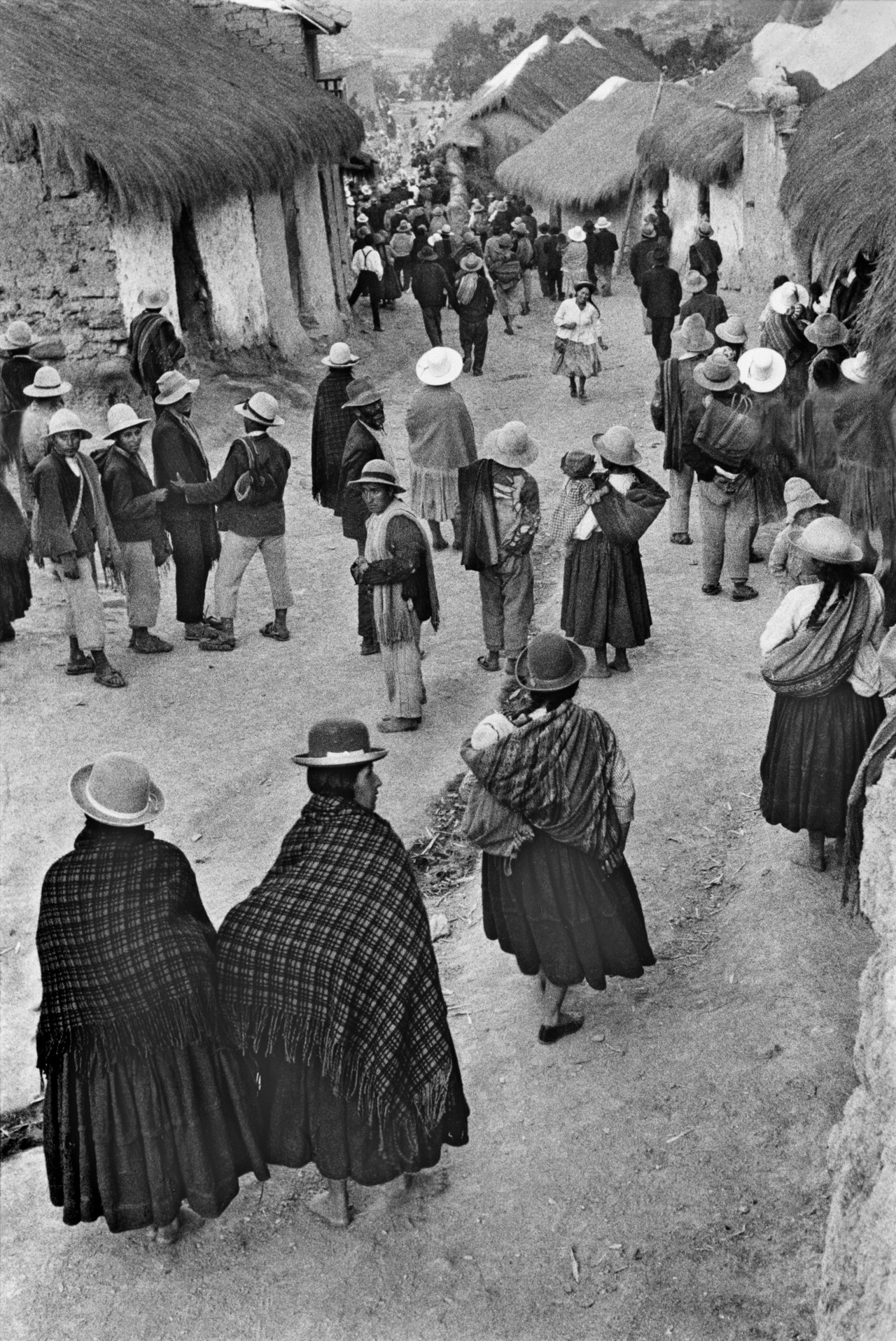 10
Sergio Larrain "The devil's dance”. This dance originated amongst the miners who have a "devil" cult. The dance is in honor of the Virgin del Socavon (cave) whose image is a sanctuary in Oruro. Village of Indepen (...)
dencia, near Oruro. 1958. Bolivia. © Sergio Larrain | Magnum Photos
License | 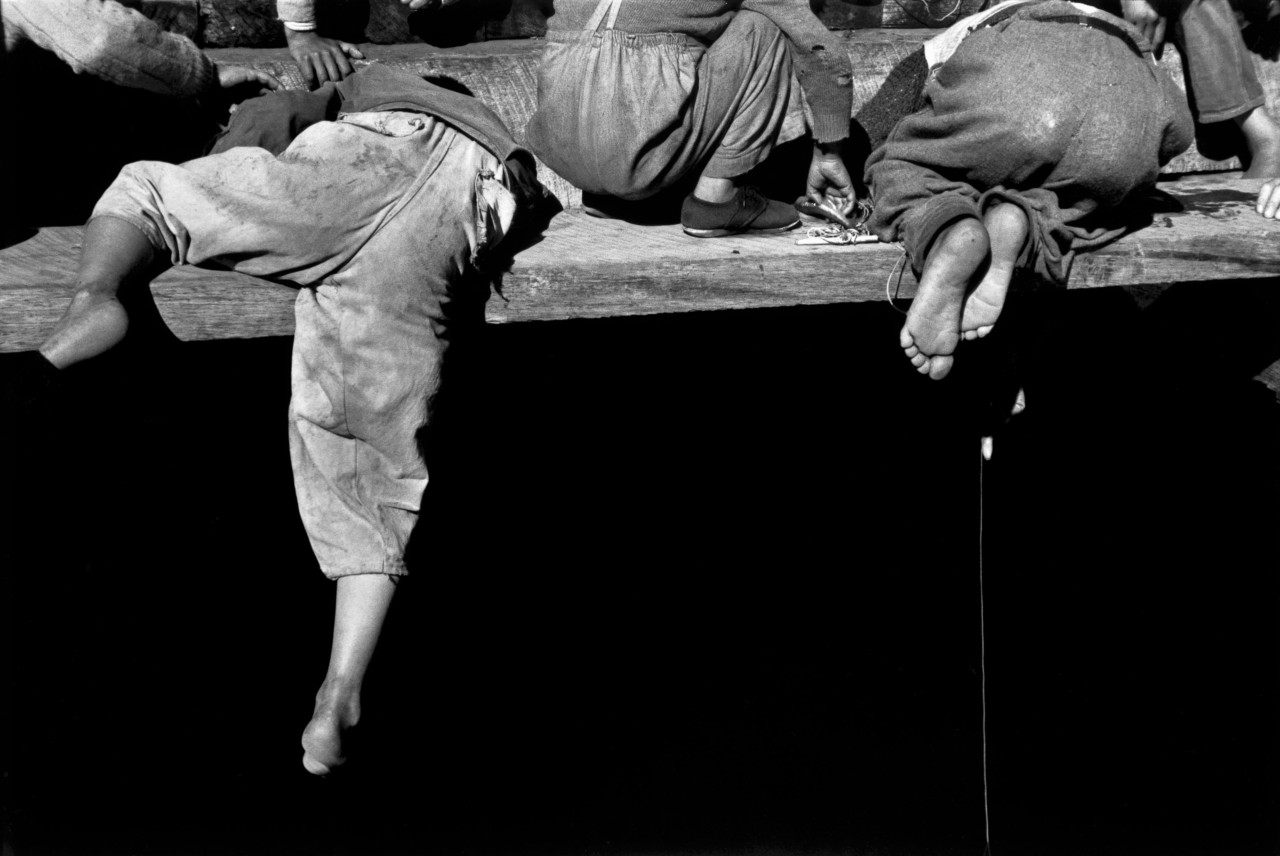 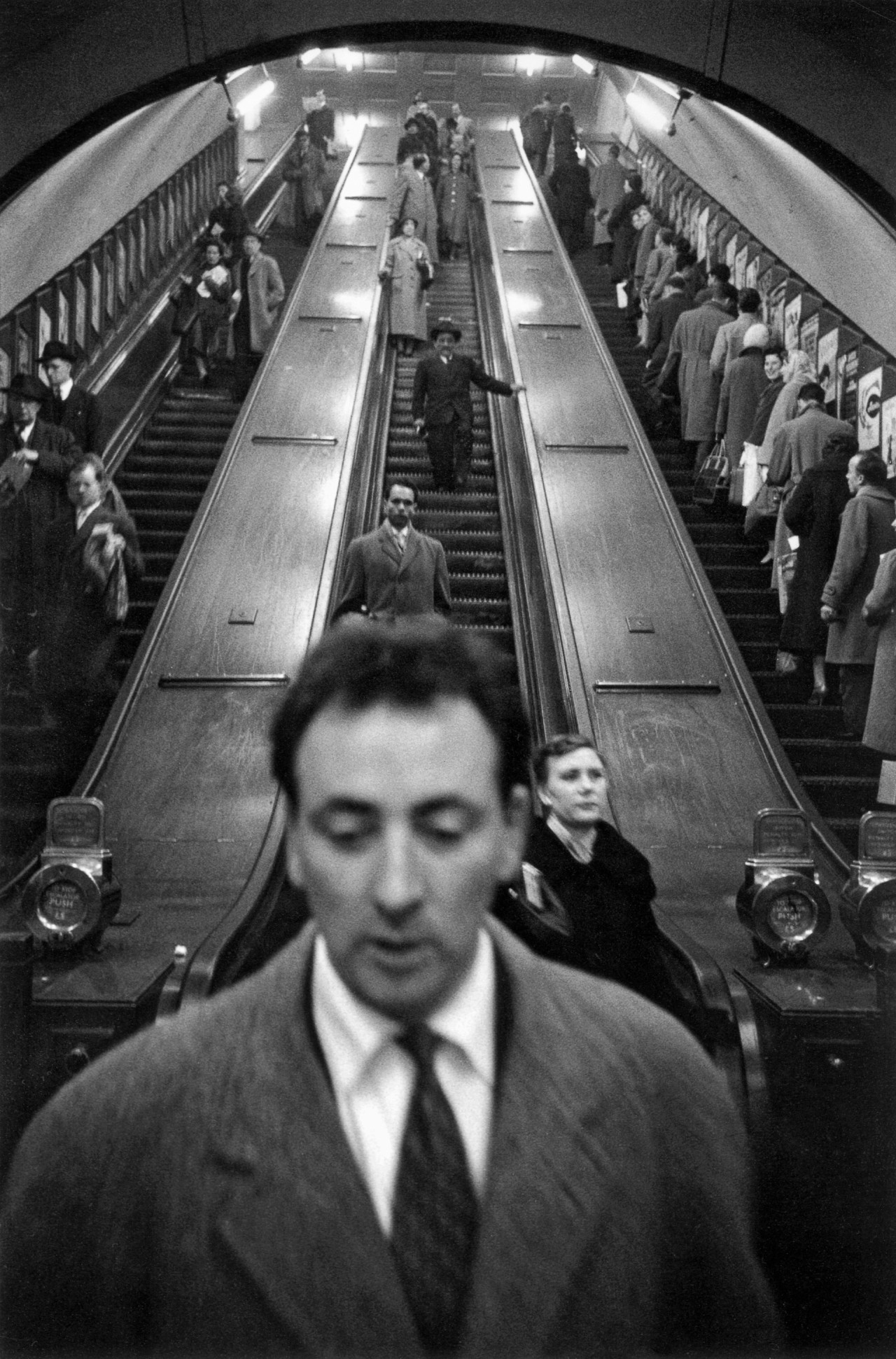 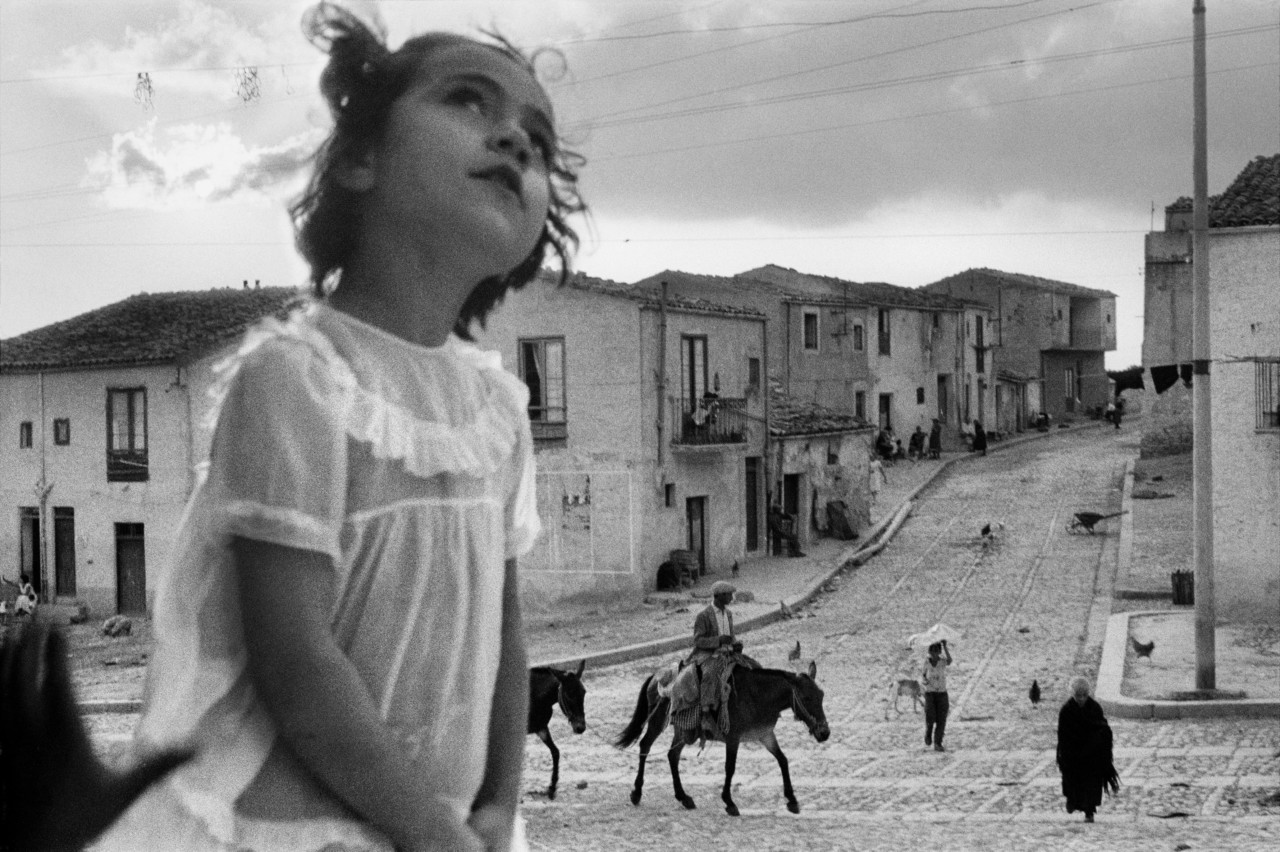 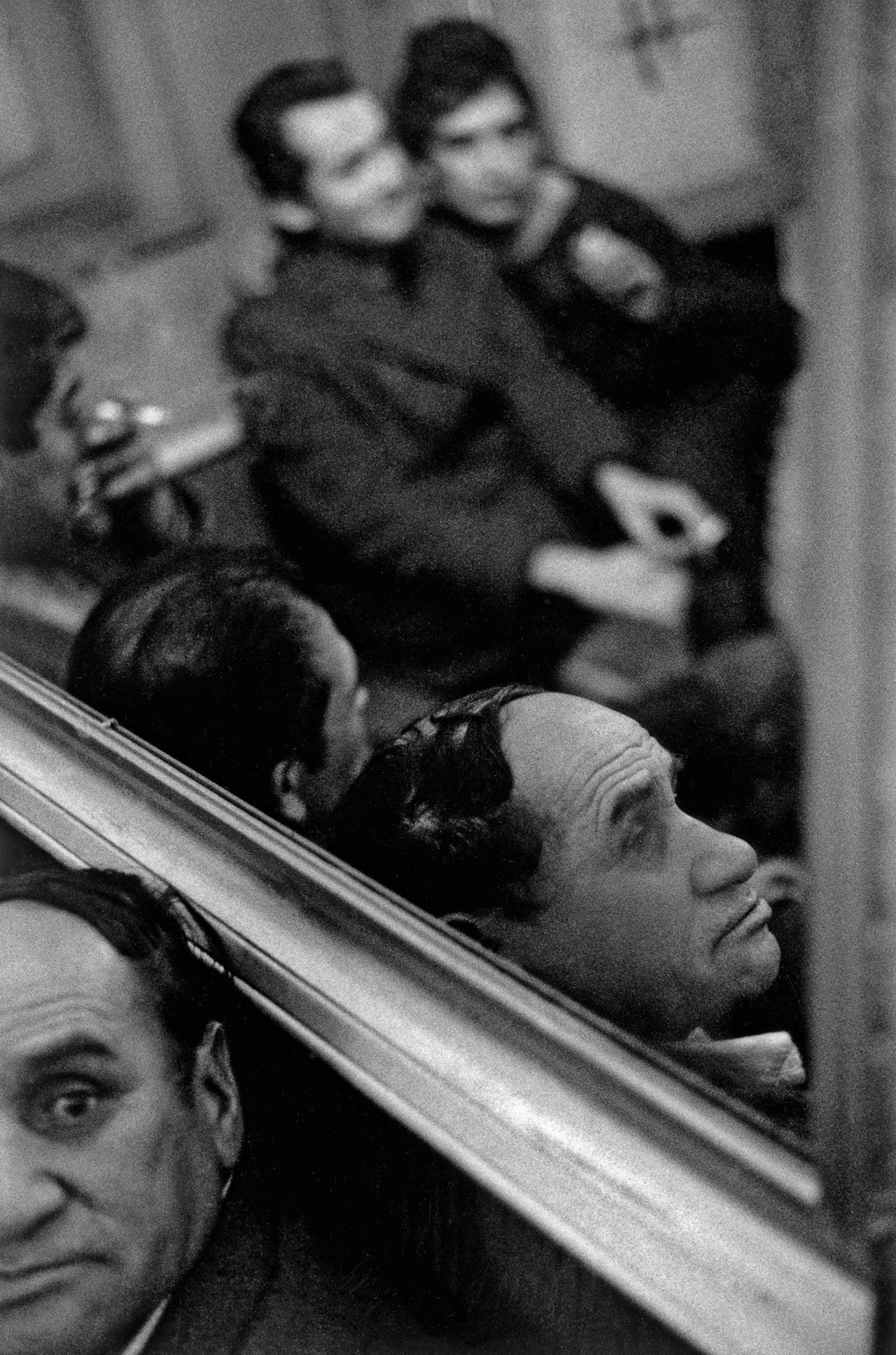 “A good image is created by a state of grace. Grace expresses itself when it has been freed from conventions, free like a child in his early discovery of the reality. The game is then to organize the rectangle.” – Sergio Larrain

With his poetic approach, Sergio Larraín inspired a whole generation of photographers. A collection of rare images on display at the Instituto Moreira Sale highlight the significant photographs from his career. A penchant for the vagabond’s life, a profound desire to be in the world and the purity of the act led him to become a photographer, but Sergio Larraín nonetheless spent the greatest part of his existence in seclusion, practicing meditation, yoga, writing and drawing. He left a brilliant body of work behind him; he had the wisdom to interrupt it when it no longer brought him the freedom he expected. After an extended period of self-searching, though writing as well, he was to find himself in a state of voluntary deprivation. 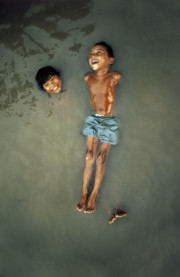