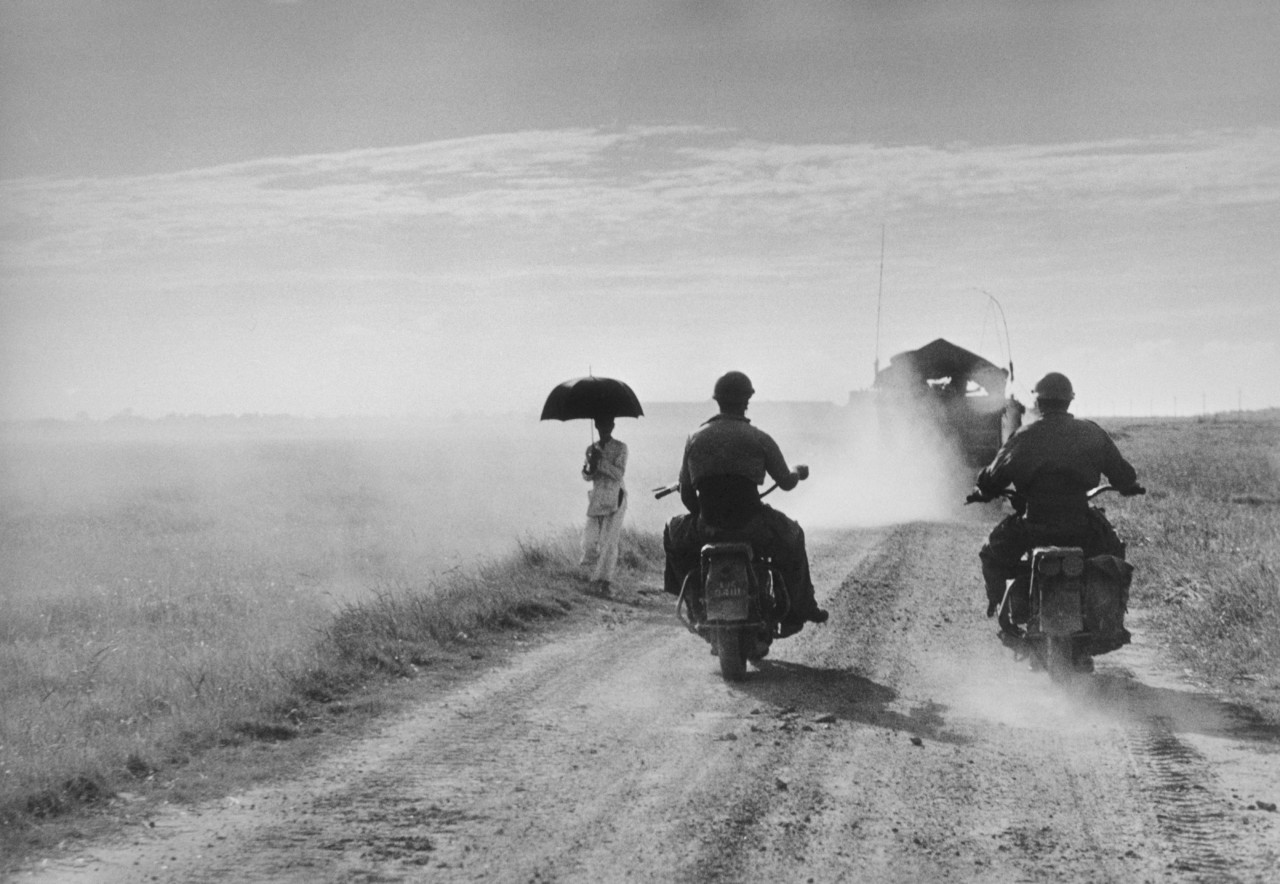 John Steinbeck once wrote that his friend Robert Capa knew that “you cannot photograph war, because it is largely an emotion.” However, continued Steinbeck, “he did photograph that emotion by shooting beside it. He could show the horror of a whole people in the face of a child.” This exhibition shows a selection of Robert Capa’s photographs about World War II as well as many portraits including those of his friends and fellow artists such as Ernest Hemingway, William Faulkner, Henri Matisse and Pablo Picasso.

Robert Capa (1913-1954) was born Endre Friedmann in Budapest. He studied political science at the Deutsche Hochschule für Politik in Berlin. Later settling in Paris in 1933 after being driven out of the country by the threat of a Nazi regime. In 1938, Picture Post published a spread of 26 photographs taken during the Spanish Civil War and his images became a powerful symbol of war. In 1947, Capa founded Magnum Photos with Henri Cartier-Bresson, David Seymour, George Rodger, and William Vandivert. He was killed on May 25, 1954 after stepping on a landmine while photographing for Life in Thai-Binh, Indochina. The Robert Capa Gold Medal Award was established in 1955 to reward exceptional professional merit.