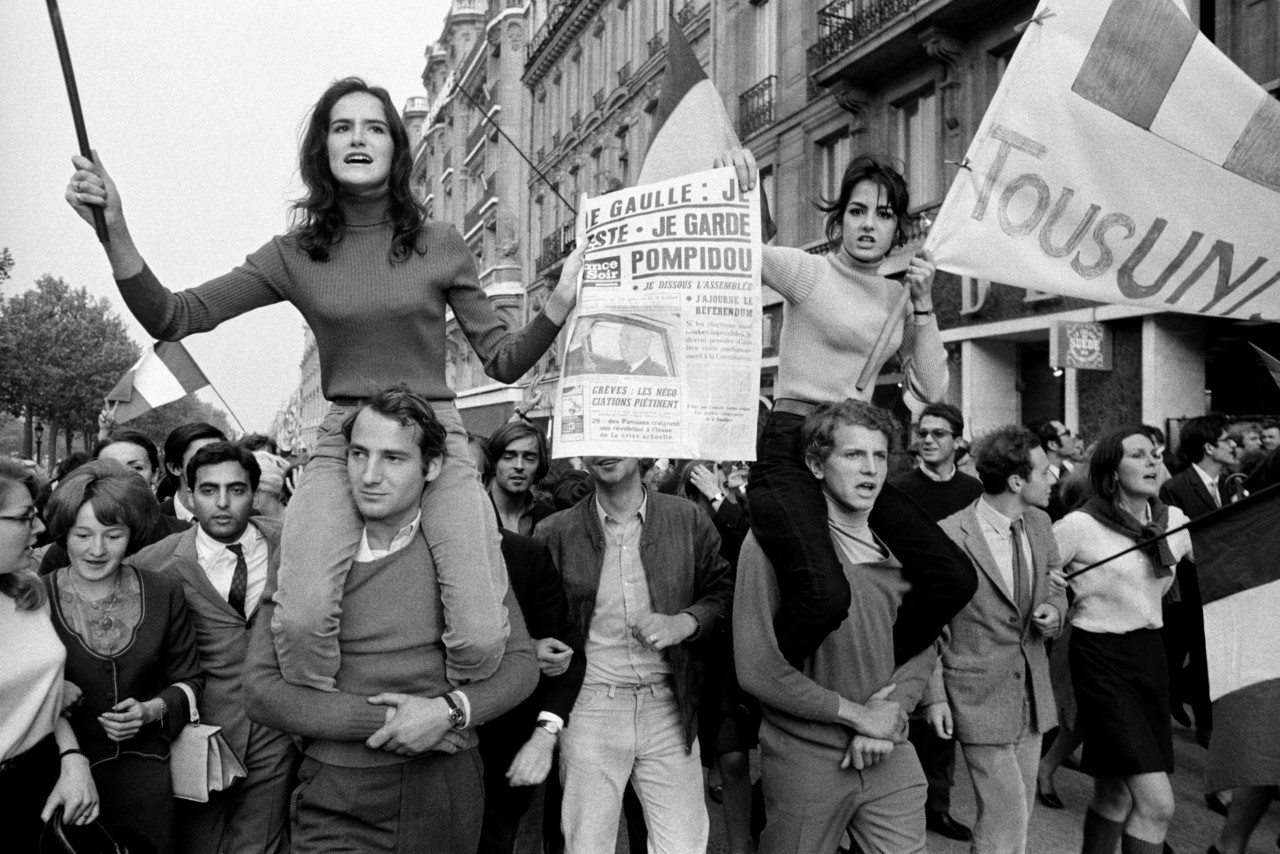 5
Bruno Barbey During the pro-gaullist demonstration, a girl is seen holding the last edition of the newspaper France-Soir. The headlines in bold letters read : "I stay". "I keep Pompidou". Champs Elysees, Paris, (...)
France. May 30th, 1968. © Bruno Barbey | Magnum Photos
License | 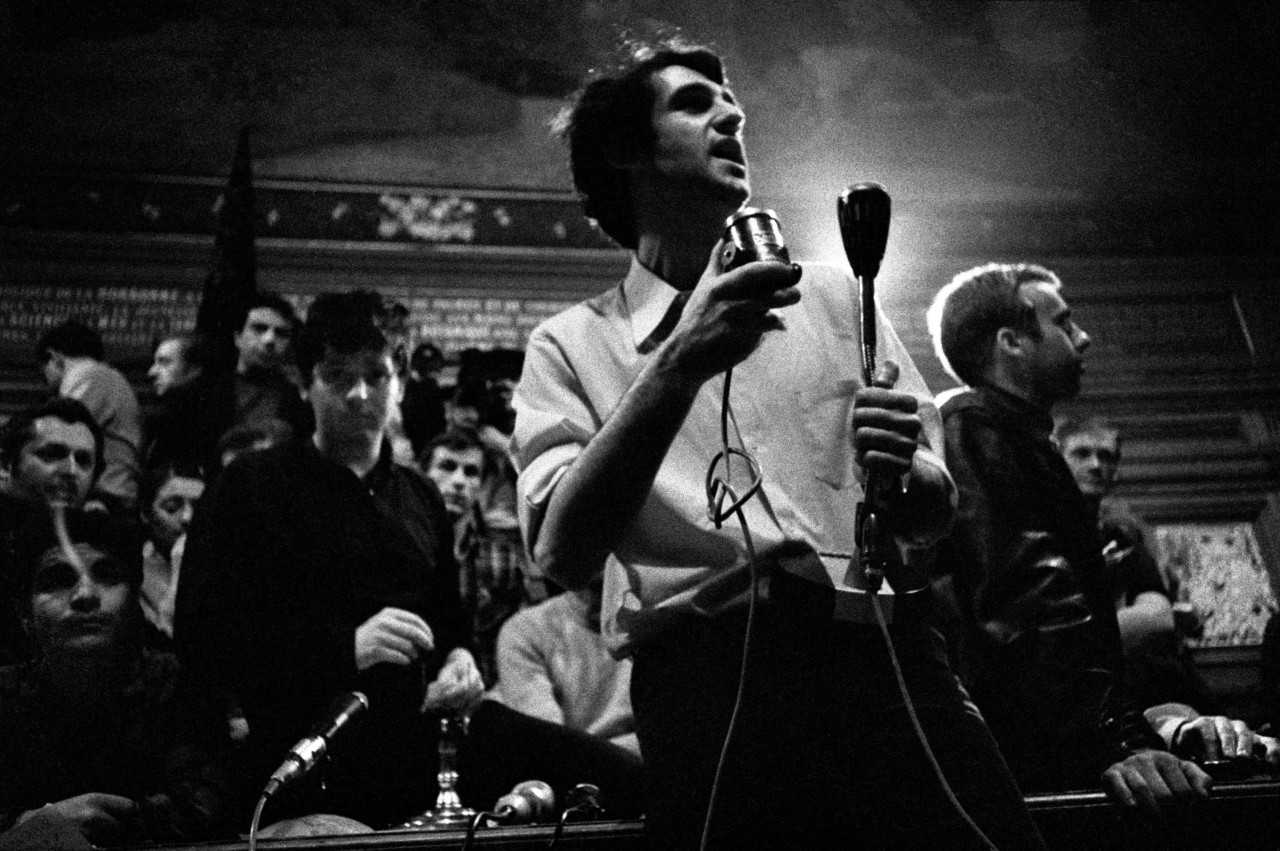 5
Bruno Barbey Henri Weber speaking, behind him Daniel Cohn-Bendit. Weber was co-fondateurs of the 'Ligue communiste révolutionnaire' party in France, he went on to become a senateur and a european member of parl (...)
iament. Cohn-Bendit became a european deputy in later life. General meeting in the Sorbonne. 5th arrondissement, Paris, France. 28th May 1968. © Bruno Barbey | Magnum Photos
License | 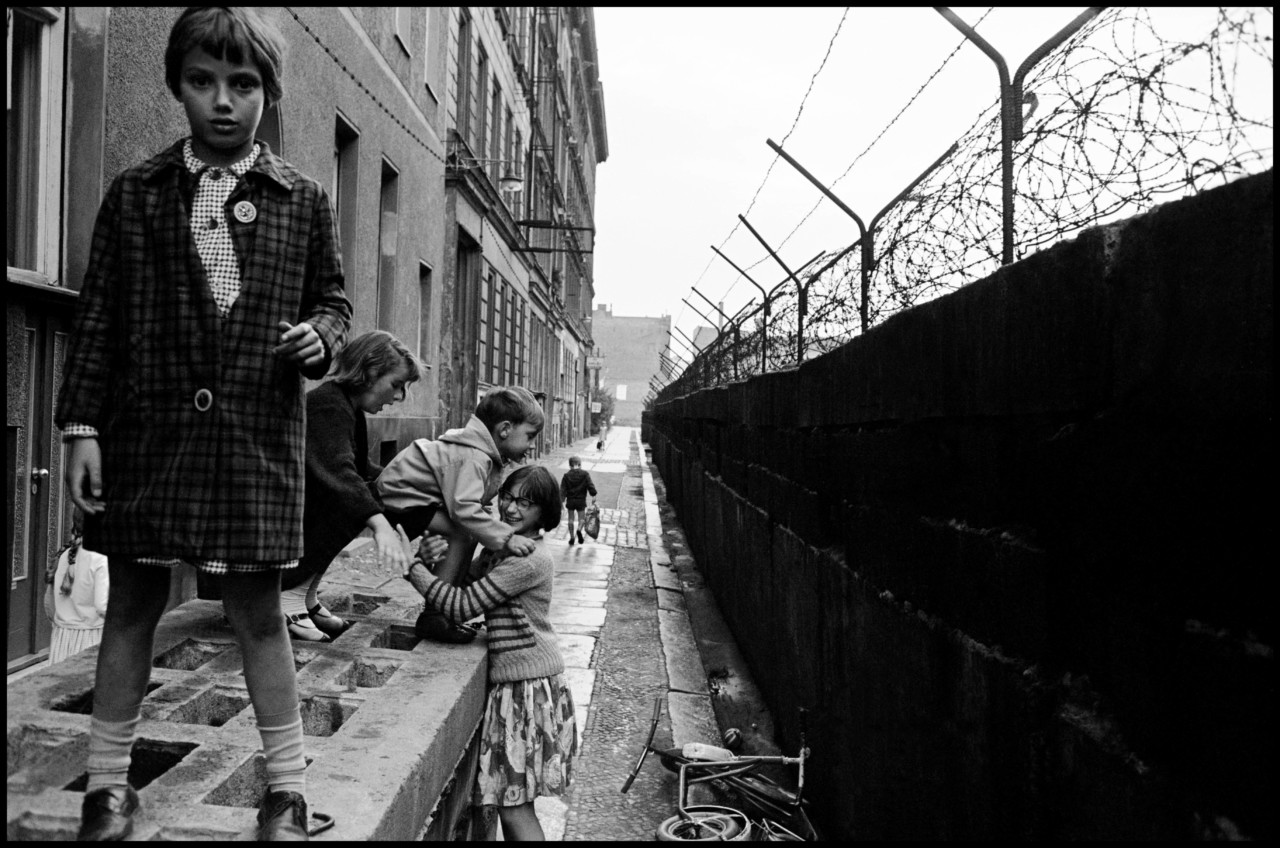 50 years ago Paris students took to the streets to protest against the conservative society and its moralizing ideals. At the Centre for Fine Arts too, the concert hall was occupied for three months by young rebels, artists, and thinkers.

The festival takes May ‘68 as the point of departure to zoom in on the turbulent sixties in which Russian tanks put an abrupt end to the Prague Spring, the Vietnam War raged, the Civil Rights Movement shook up the US, wars of independence were sweeping across the African continent.

Photographs by the Magnum photographers who witnessed the protests will go on show in Brussels.