Join Magnum Photos for the second instalment of a programme of talks on photography & visual culture at The Barbican. The allure of youth, fashion and counter-culture has enthralled countless photographers from Bruce Davidson’s 1959 series Brooklyn Gang – a moving portrait of rebellious post-War inner-city youth culture – to Chris Steele-Perkin’s compelling insight into The Teddy Boys, whose outrageous style and renegade behaviour stood in direct contrast with the values of post-War Britain.

Join Magnum photographer Chris Steele-Perkins, Curator of Photographs at the Museum of London Anna Sparham, and writer, cultural commentator & broadcaster, Ekow Eshun, as they reflect on the relationship between youth culture, fashion and identity. 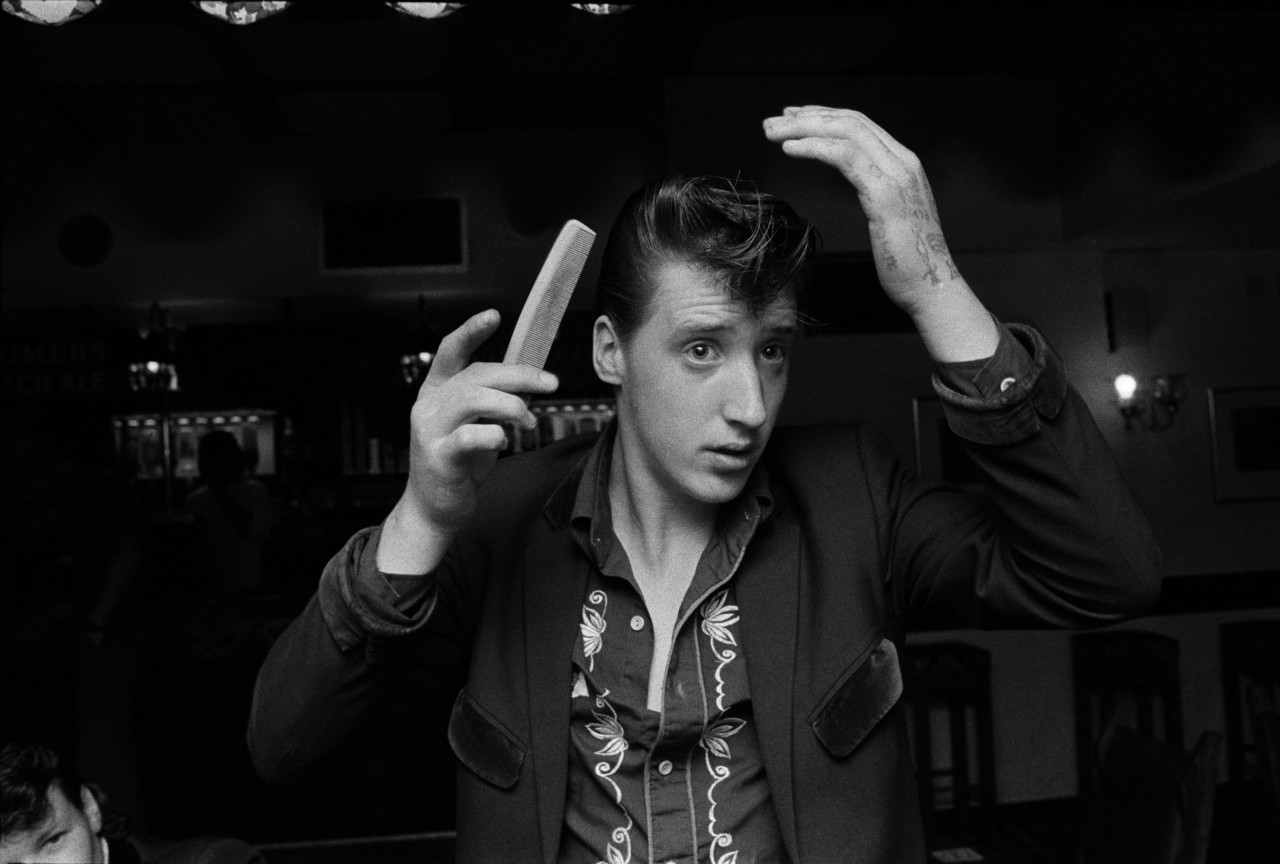 Chris Steele-Perkins is a Magnum photographer (since 1979), who began his career as a freelance photographer in 1971. Apart from a trip to Bangladesh in 1973, he worked mainly in Britain in areas concerned with urban poverty and subcultures. In 1975, he worked with EXIT, a collective dealing with social problems in British cities. This involvement culminated in the book Survival Programmes in 1982. In 1979 he published his first solo book, The Teds. The Teds has become an iconic body of work, and will be republished in autumn 2016, to coincide with the 60th anniversary of the year writer Richard Smith declares 1956 The Year of The Ted.

Steele-Perkins has published nine further monographs of his work: The Pleasure Principle, Afghanistan, Fuji, Echoes, Tokyo Love Hello, Northern Exposures, England, My England, Fading Light, A Place in the Country, and he also edited the Arts Council of Great Britain’s book, About 70 Photographs.

Anna Sparham is Curator of Photographs at the Museum of London. Originally from Birmingham, she graduated with a degree in photography from Nottingham Trent University in 2001. Pursuing a career in photography within the museum sector, Sparham joined the British Empire and Commonwealth Museum to work as an Assistant Curator with the photographs collection. She joined the Museum of London in 2004, becoming Curator in 2006. Sparham’s recent exhibitions and publications include London Street Photography, co-curated in 2011,Observing the Crowd: Photographs by Bob Collins, 2014, Soldiers and Suffragettes: The Photography of Christina Broom, 2015 and most recently Stomping Grounds: Photographs by Dick Scott-Stewart.

Ekow Eshun is a writer, cultural commentator and award-winning broadcaster. His book, Black Gold of the Sun: Searching for Home in England and Africa was nominated for the Orwell Prize for political writing in 2005. Ekow is the former Director of the Institute of Contemporary Arts, a position he held from 2005-10. The former Editor of men’s lifestyle magazine Arena and former Deputy Editor of The Face, his writing has appeared in publications including the Financial Times, The Guardian, The Observer, the New Statesman, Vogue and Wallpaper.

Ekow appears frequently on TV and radio programmes including Radio 4’s Saturday Review and Front Row. From 2000-2013 he was a regular contributor on the BBC’s flagship arts programme The Review Show. He has written and presented several documentaries for the BBC and Channel 4 including Living on the Line, winner of Best Documentary, One World Media Awards, 2000. In 2006 he received an honorary doctorate from London Metropolitan University for services to the arts.