Masterclass with Alex Majoli and Erik Kessels in Venice

Join Magnum photographer Alex Majoli for a three-day workshop in a stunning environment, with artist, designer and curator Erik Kessels, in collaboration with Fondazione Giorgio Cini - WORKSHOP CURRENTLY ON HOLD 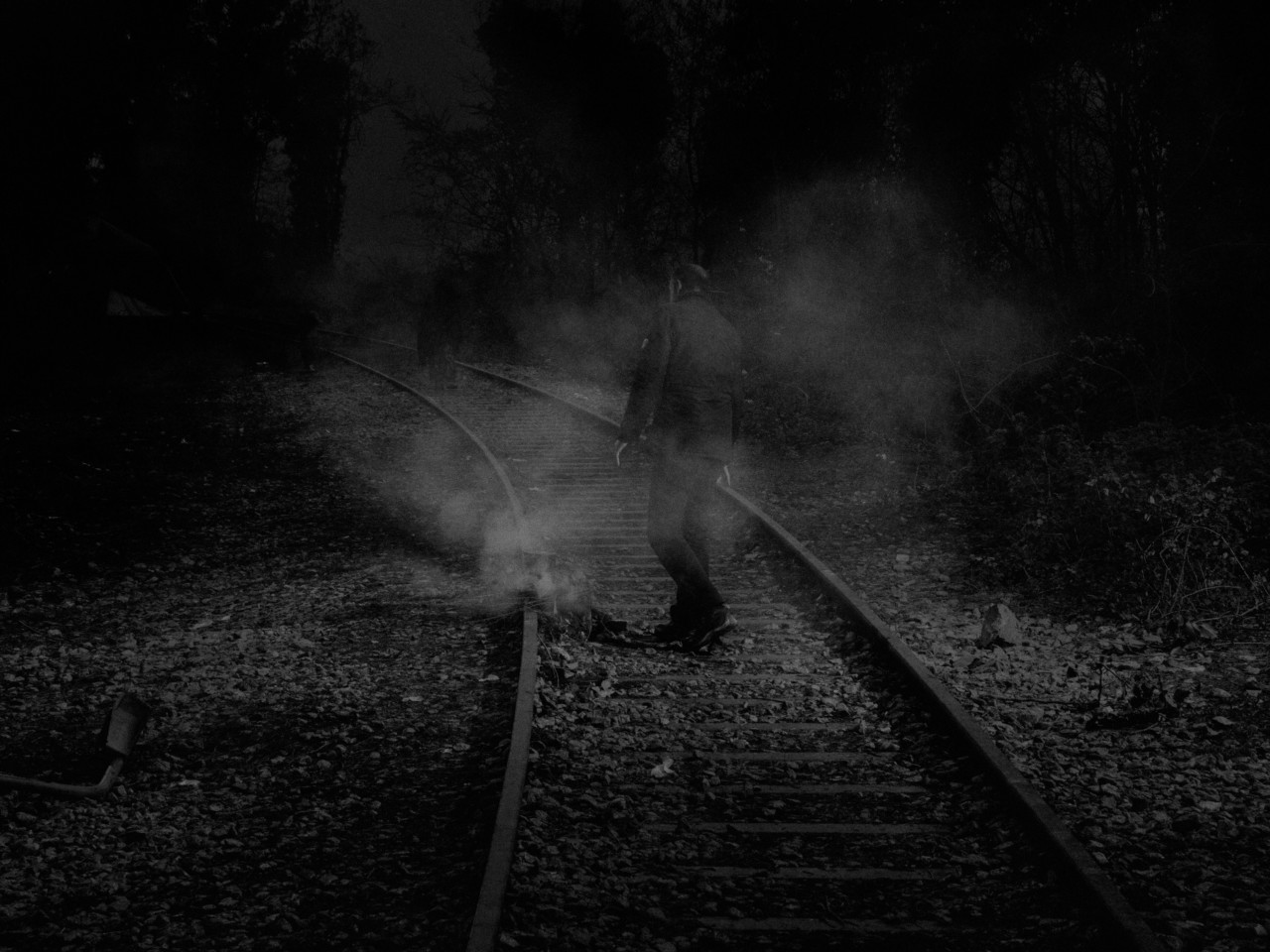 Alex Majoli A scene from the refugee camp in Idomeni, on the Greece-Macedonia border. Due to the influx of refugees coming into Greece the camp has grown from a simple transition point to a full blown camp wh (...)
ere around 14 000 refugees live. After EU's deal with Turkey, the greek athorities have started evicting the camp's inhabitants, relocating them to shelters in Thessaloniki. Eviction efforts are ongoing. Greece. Idomeni. 2016. © Alex Majoli | Magnum Photos
License |

Due to developments surrounding the Coronavirus in Italy, we will be postponing the upcoming Masterclass with Alex Majoli and Erik Kessels in Venice until later in the year. New dates will be announced shortly on social media, newsletters and on this page. We continue to follow advice from the World Health Organisation and Public Health England, as well as that of local governments. Prospective participants can register interest on the waiting list here.

Magnum Photos and the Fondazione Giorgio Cini are inviting applications for the second workshop organized on the island of San Giorgio Maggiore, Venice, offering participants the opportunity to work on their projects in an immersive and intimate group setting.

Organized into intensive sessions of lectures, discussions, practical exercises, and group portfolio reviews, this workshop will help you to develop strategies and set individual project objectives, and give insights on how to pursue your project. Whether you want to keep shooting, publish it in a book or exhibit it, through individual mentoring and wider discussions on the contemporary editorial environment, this masterclass will contextualize and shape the vision of each involved photographer and define the process of conceiving and executing a long-term project.

This masterclass is suitable for photographers with a large body of work who are looking for guidance in the final stage of their projects. Each participant will have an opportunity to gain a better understanding of the editing process of long-term projects and on choosing the right format for displaying them.

People working with vernacular photography are welcomed to apply.

– Mentoring by Magnum photographer Alex Majoli and Erik Kessels
– Group portfolio reviews
– Individual project development tutoring
– Editing, designing and mentoring sessions for a coherent body of documentary work
– Accommodation on the island of San Giorgio Maggiore
– A light lunch on each day of the workshop

The workshop is open to photographers of all levels, from passionate amateurs to working professionals. 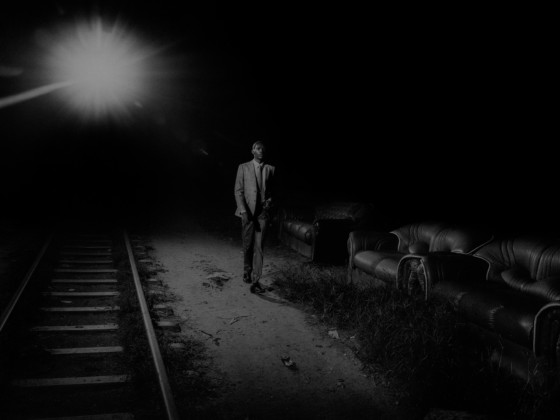 Please note this workshop has been postponed till later in the year. New dates will be announced shortly on social media, newsletters and on this page.

The workshop will be held in English.
We advise that the participants arrive the day before the workshop and leave the day after.

Price: 800€ (incl. VAT)
Terms and Conditions apply.
See the bottom of this page for more details.

This fee includes four nights accommodation in individual rooms in the facilities of the Abbey, breakfast and light lunches on the three days day of the workshop.

We are delighted to offer one scholarship for this programme. Please see the bottom of the page to find out how to apply.

The workshop is limited to 15 participants.
A deposit of €300 will be required upon submission of your application.

Please note this workshop has been postponed till later in the year. New dates will be announced shortly on social media, newsletters and on this page.

Once new dates have been confirmed the submission window will reopen. Prospective participants can register interest on the waiting list here.

Please note that upon booking participants are bound by the terms and conditions outlined below.

Magnum Photos and the Fondazione Giorgio Cini are proud to sponsor one scholarship for this workshop and are inviting photographers working on long-term projects to submit their applications. This process will run again once new dates have been finalised.

We particularly encourage photographers who are underrepresented in the industry, including people from black, Asian and ethnic minority backgrounds, differently-abled people, those from the LGBTQ+ community, as well people from a range of socio-economic backgrounds to apply for this scholarship.

The successful candidate will be selected by Alex Majoli, Erik Kessels and the representatives of Magnum and will be responsible for covering his/her expenses for the workshop (international and on the ground travel). 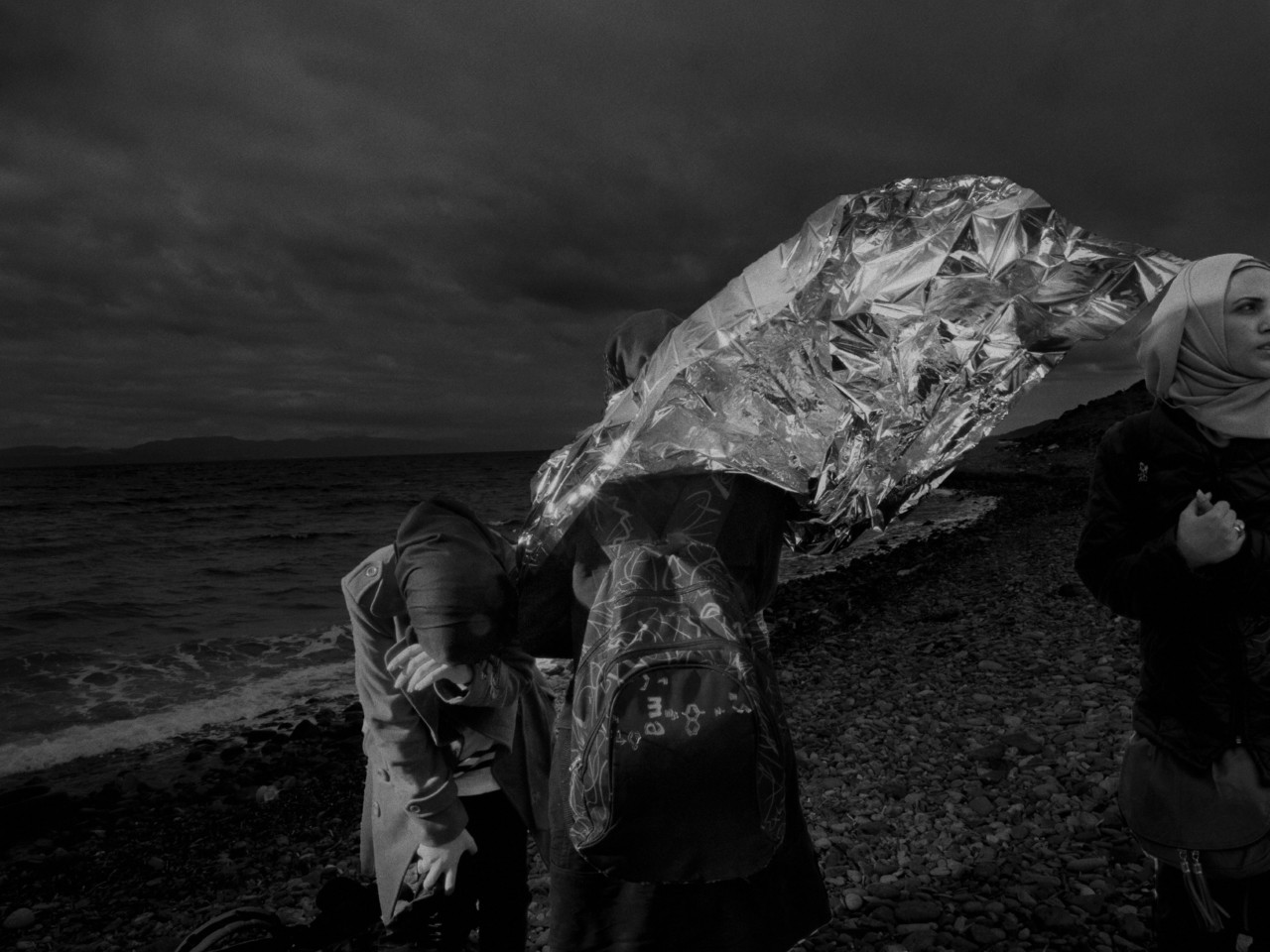 Alex Majoli Refugees and migrants from Syria, Afghanistan, Pakistan, and Somalia arrive on the northern shores of Lesbos island after their journey from the Turkish coast. Lesbos, Greece, 2015. © Alex Majoli | Magnum Photos
License |

• Upon submitting your application, you will be directed to Paypal to pay a deposit of €300. If you are selected to take part in the workshop, full payment will be required. If not selected the deposit will be refunded to you in full as soon as possible.
• Magnum Photos reserves the right to cancel groups with less than 8 participants. Students will be given a full refund. In the event of cancellation, students will be given at least 4 weeks advance notice.
• Magnum Photos reserves the right to change or alter the program advertised.
• Travel insurance is mandatory.
• The workshop fee does not include international transport or ground expenses. We strongly advise that you wait for confirmation that the workshop has been confirmed before booking transportation.
• For international applicants, Magnum Photos is not responsible for reimbursement of travel expenses in case the workshop is cancelled. We highly recommend that you buy refundable tickets and/or travel insurance.
• Cancellations: Magnum will reimburse the totality of the ticket price is cancellation is made at least 21 days before the start of the workshop, minus a £50 administrative fee. We will charge 50% of the ticket price if cancellation is made between 15 and 21 days before the workshop and 100% of the ticket price if cancellation is made less than 15 days before the start of the workshop.

Alex Majoli
From the age of 15, Alex Majoli becomes apprentice in the photo studio F45 in Ravenne, notably specialised in the reproduction of artworks from the great Italian painting. Graduated from the Art Institute of Ravenne in 1991, he joined the Grazia Neri agency for which he covered the Yugoslav conflict for several years.
His work on the closing of the famous psychiatric institution in Leros, Greece, in 1994-1995 marks a turning point in his practice. Influenced by the 1970’s forefront italian theatrical and notably Luigi Pirandello’s writings, Alex Majoli tries to explore the theatricalism of daily life, when the borders between reality and fiction fade. His work Tudo Bom, continuation of his research, interrogates the forms of violence omnipresent in brasilians daily lives.
With his last project SCENE, initiated in 2010 in Europe, he starts a new phase of experimentation. In his photographs, results of a performed action, each of his subjects becomes an actor of his own history as well as a silent fragment of a collective history.
Laureate of the Guggenheim Fellowship in 2016, Alex Majoli published numerous books, including Andante (Cesura, 2018), Congo (Aperture, 2015), Libera Me (Trolley Books, 2010), Leros (Trolley Books, 2009) and One Vote (Filigranes Editions, 2004). His work has been exhibited at the Musée des Beaux-Arts de Ravenne, the Rencontres d’Arles and the Galerie Nationale d’Art Moderne of Rome.
He became a full member of Magnum Photos in 2001.

Erik Kessels
Erik Kessels is a Dutch artist, curator and communication designer,with great interest in photography. Erik Kessels is since 1996 Creative Partner of communications agency KesselsKramer in Amsterdam/London and has created campaigns for national and international clients such as Nike, Diesel, J&B Whisky, Oxfam, Vitra, Citizen M, I amsterdam and The Hans Brinker Budget Hotel. Kessels has won many international awards with his communication work.
As an artist and curator Kessels has published over 75 books of his ‘re-appropriated’ images: Wonder (2003), in almost every picture (2001-2019), Shit (2018) and Read Naked (2019). Since 2000, he has been an editor of the alternative photography magazine Useful Photography and has written the international bestseller Failed It!
He has taught at the Gerrit Rietveld Academy (Amsterdam), Écal (Lausanne), Raffles (Milan) and at the Amsterdam Academy of Architecture where he curated a celebration of amateurism.
Kessels made and curated exhibitions such as Loving Your Pictures, Mother Nature, 24HRS in Photos, Album Beauty, Unfinished Father and GroupShow. He als co-curated an exhibition called From Here on together with Martin Parr, Joachim Schmid, Clement Cheroux and Joan Fontuberta.
In 2010 Kessels was awarded with the Amsterdam Prize of the Arts, in 2016 nominated for the Deutsche Börse Photography Prize. Until 2019 his mid-career retrospective was shown in Turin, Düsseldorf, Budapest and he exhibited this year in the SFMOMA. He was called “a visual sorcerer” by Time Magazine and a “Modern Anthropologist” by Vogue (Italia).

Watch: “The beauty of the form is its limitation”