Join us for a 5 day workshop led by legendary Indian photographer Raghu Rai, with the support of the Asia Society Hong Kong Center Magnum Photos is proud to bring to Hong Kong for the third time, its popular 5 day practical and conceptual photographic workshop, led by its legendary Indian photographer Raghu Rai, with the support of the Asia Society Hong Kong Center.

During five extraordinary days – December 3rd to 7th, 2016 – Raghu Rai will lead a group of thirteen emerging photographers through a daily program of shooting, reviews, group critiques, mentoring, editing, with the opportunity to learn from peers and develop a visual language.

Participants will work to create an edit to be shown in the culminating workshop projection held at the Asia Society Hong Kong Center on December 7th, 2016, followed by a public talk lead by Raghu Rai and Leon Suen, Vice Chairman of the Hong Kong International Photography Festival. 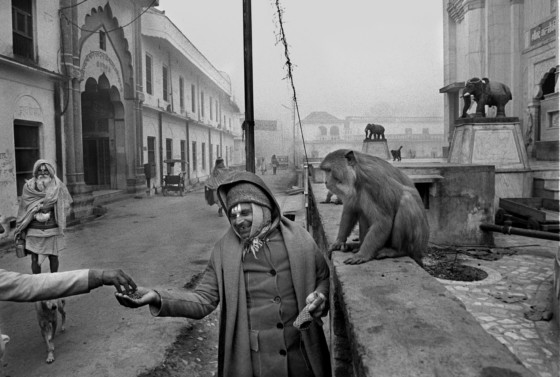 Workshop participants should be able to show a good level of photographic aptitude and a desire to learn. Candidates will be expected to arrive comfortable with their equipment and ready to photograph. Each workshop is limited to 13 participants and photographers will be selected on the perceived benefit to their career and development.

Photographers should prepare sufficient research relating to what they wish to shoot prior to arrival. A story list can be provided for inspiration; however candidates are expected to formulate realistic projects in the geography and time supplied. Magnum will provide a suitable classroom infrastructure and participants will be responsible for their own time management.

Due to the fast pace of the workshop Magnum highly recommends that participants produce and edit their work digitally, using their own laptops. Individuals wishing to use film may do so, but at their own cost and during the time imposed. Lab services will be coordinated where required and where possible. Please specific in your application your preferred media. Please note – all workshops will be conducted in English.

– If a participant decides to cancel for whatever reason, it must be confirmed in writing:

Magnum Photos will reimburse all the registration costs except for £100 administrative fee, if the participant informs Magnum Photos of cancellation at least 3 weeks before the first day of the workshop. Beyond this time limit, Magnum Photos will charge the following:
. 50% of the cost if cancelled between 6 and 21 days before the workshop commences.
. 100% of the cost if cancelled less than 5 days before the workshop commences.
. All workshops that are commenced but not completed through the fault of either the contractor/or participant need to be paid in full.

Magnum Photos is not responsible for reimbursement of travel expenses in case a workshop is cancelled. We recommend that you buy refundable air tickets and/or travel insurance.

Please ensure you have the necessary travel documents & relevant visas in order to attend the event. Magnum Photos can provide letters of support where necessary.

The deadline for acceptance is November 18th, and qualified applicants will be selected through a combination of the merit of their work and their personal statement, and the order of their application’s receipt.
All applications received after the deadline will be reviewed, space permitting.

Successful applicants will be informed via email. Full payment should be received by November 18th to fully confirm your place.

Please note: Magnum Photos reserves the right to cancel groups with less than 9 participants. Students will be given either a full refund or offered a place with an alternative photographer. In the event of a cancellation, students will be given at least 10 days advance notice.

"A photograph has picked up a fact of life, and that fact will live forever" 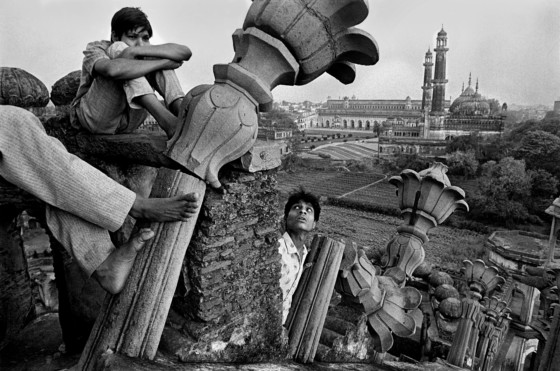 Raghu Rai was born in the small village of Jhhang, now part of Pakistan. He took up photography in 1965, and the following year joined “The Statesman” newspaper as its chief photographer. Impressed by an exhibit of his work in Paris in 1971, Henri Cartier-Bresson nominated Rai to join Magnum Photos in 1977.

Rai left “The Statesman” in 1976 to work as picture editor for “Sunday,” a weekly news magazine published in Calcutta. He left in 1980 and worked as Picture Editor/Visualizer/Photographer of “India Today”, India’s leading news magazine, during its formative years. From 1982 to 1991, he worked on special issues and designs, contributing trailblazing picture essays on social, political and cultural themes, many of which became the talking point of the magazine.

In the last 18 years, Rai has specialized in extensive coverage of India. He has produced more than 18 books, including Raghu Rai’s Delhi, The Sikhs, Calcutta, Khajuraho, Taj Mahal, Tibet in Exile, India, and Mother Teresa.

For Greenpeace, he has completed an in-depth documentary project on the chemical disaster at Bhopal in 1984, and on its ongoing effects on the lives of gas victims. This work resulted in a book and three exhibitions that have been touring Europe, America, India and southeast Asia since 2004, the 20th anniversary of the disaster. Rai hopes that the exhibition can support the many survivors through creating greater awareness, both about the tragedy, and about the victims – many who are still uncompensated – who continue to live in the contaminated environment around Bhopal.

Rai was awarded the ‘Padmashree’ in 1971, one of India’s highest civilian awards ever given to a photographer. In 1992, his National Geographic cover story “Human Management of Wildlife in India” won him widespread critical acclaim for the piece. Besides winning many national and international awards, Rai has exhibited his works in London, Paris, New York, Hamburg, Prague, Tokyo, Zurich and Sydney. His photo essays have appeared in many of the world’s leading magazines and newspapers including “Time”, “Life”, “GEO”, “The New York Times”, “Sunday Times”, “Newsweek”, “The Independent,” and the “New Yorker”.

Raghu Rai lives in Delhi with his family and continues to be an associate of Magnum Photos.

Founded in 1956 by John D. Rockefeller III in New York, Asia Society is a leading educational organization dedicated to promoting mutual understanding and strengthening partnerships among peoples, leaders and institutions of Asia and the United States in a global context. Across the fields of arts, business, culture, education and policy, Asia Society provides insight, generates ideas and promotes collaboration to address present challenges and create a shared future.

As an affiliate of the Asia Society global network of 12 centers, Asia Society Hong Kong Center was established in 1990 by a group of Hong Kong community leaders, led by the late Sir Q.W. Lee, honorary chairman of Hang Seng Bank.

In February 2012, the Hong Kong Center established its new permanent home in Admiralty at the former explosives magazine site of the old Victoria Barracks.
Steeped in history, cultural significance and natural beauty, the 1.364 hectare site, which houses a group of four former British military buildings, was originally built by the British Army in the mid-19th century for explosives and ammunition production and storage. Through careful conservation, restoration and adaptive re-use, this heritage site was successfully transformed into a cultural, artistic and intellectual hub in Hong Kong in 2012 and offers a broad variety of programs in the form of lectures, performances, film screenings and exhibitions to the community.

Asia Society Hong Kong Center was established entirely with local funding and is supported through membership dues, fundraising events, and contributions from individuals, corporations and foundations that work together to support and advance its mission.